ON May 28, 1953, Edmund Hillary told the rest of the expedition that never made it to the top of Everest, “We knocked the bastard off.” For  a brief time, Hillary and Tenzing Norgay had stood on the top of the world’s highest peak. Hillary offered Tenzing his hand. Tenzing responded with a hug.

On May 10, 1996, 23 climbers from two competing expeditions conquered Everest’s 29,0289ft peak. Eight died. Many were disfigured by frostbite. Youc an read about in Into Thin Air by Jon Krakauer, which was later made into a film. 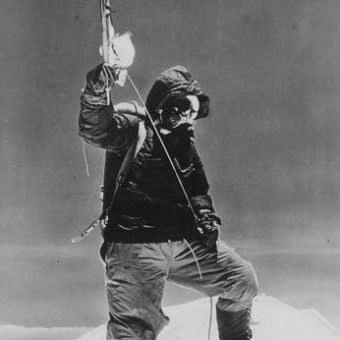 The Mount Everest Story In Photos (1953)