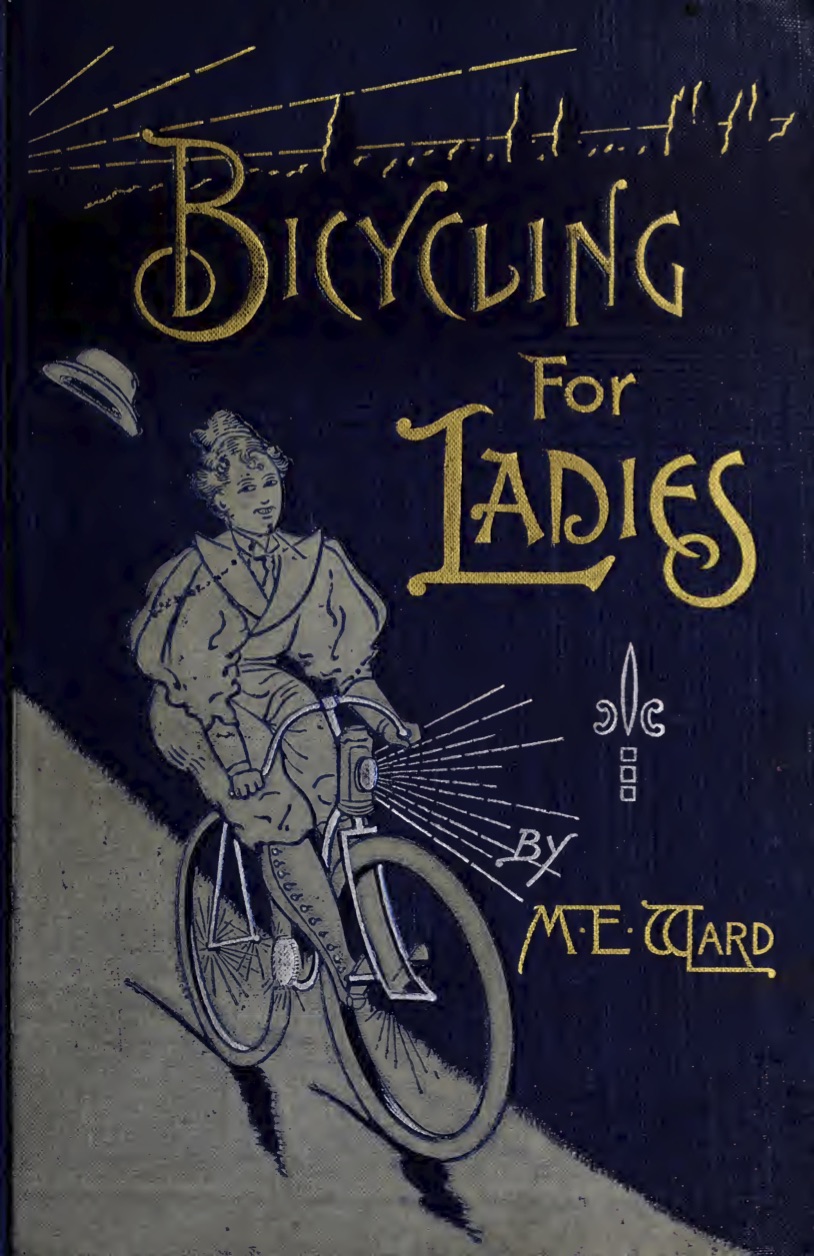 The American civil rights leader, Susan B Anthony (1820 – 1906) was a fan of the bicycle, noting: “I think [the bicycle] has done more to emancipate women than any one thing in the world. I rejoice every time I see a woman ride by on a bike. It gives her a feeling of self-reliance and independence the moment she takes her seat; and away she goes, the picture of untrammelled womanhood.”

Surely cycling for men was much the same as cycling for women. Not exactly, no. As British singer Joe Jackson put it in 1979, “Don’t you know that it’s different for girls?”

And so to Ward’s Common Sense for Bicycling, which at first glance looks clumsily gendered, but given the state of women’s suffrage at the time, the book was part of a clarion chorus call for women to take their full part in the cycling boom. New safety bicycles, with diamond frames, chain-driven rear wheels and pneumatic tyres had done away with the high, teetering penny farthings. For those without horse-drawn vehicles, a bicycle was their first personal means of longer-distance transportation. As Wade notes, a bike makes you “at all times independent”. But take care: “This absolute freedom of the cyclist can be known only to the initiated.” (Not once does she advise women to buy a pink bike.) 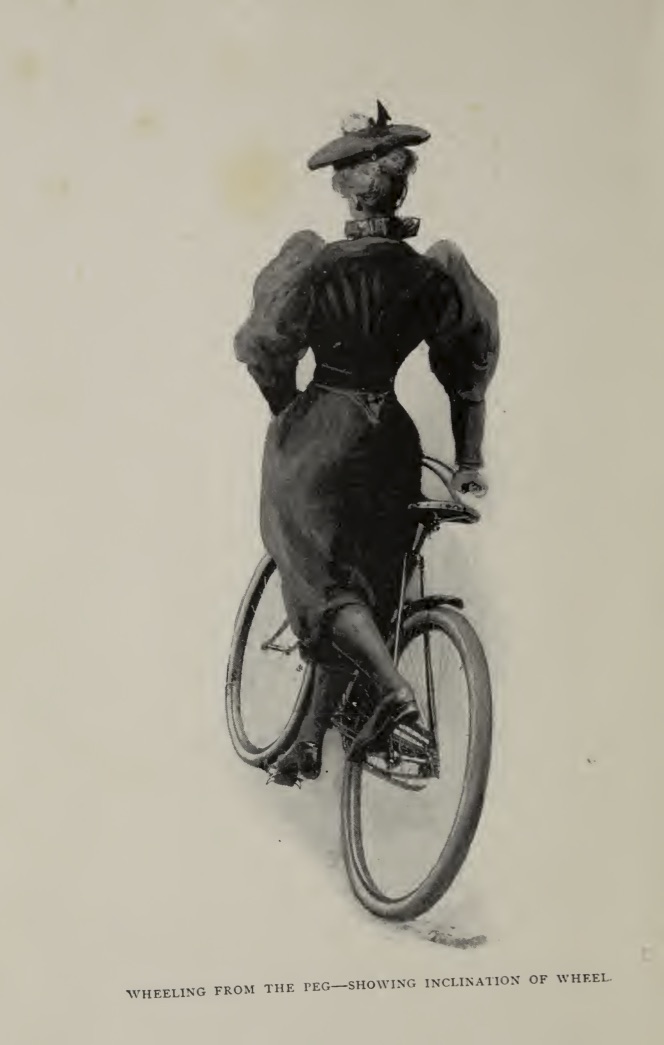 The big difference between simply cycling and Bicycling for Women is plain. It’s the clothing and what all those layers of petticoats and skirts represent and trammel. According to Spalding’s official bicycle guide (1897), men could wear shorts, plus fours and vests. Ward might have considered that over-dressed, observing that “bicycling requires the same freedom of movement that swimming does, and the dress must not hamper or hinder.” It’s a declaration that makes her book’s section on “DRESS” all the more galling. (Female bathers take care not to become bogged down and sink):

The essentials are knickerbockers, shirtwaist, stockings, shoes, gaiters, sweater, coat, no skirt, or skirt with length decided by individual preference, hat and gloves.

The shirt-waist should have wristbands or sleeves finished to open a little way, and button; the neck finished with a band, with a detachable collar of the same material… The knickerbockers should button to this waist, the places for the buttons being reinforced. The stockings should preferably be of wool, and of a seasonable weight.

The combination of knickerbockers, shirt-waist, and stockings forms the essential part of a cycling costume. A union under-garment may be worn and the knickerbocker suit; over this a coat and a skirt if desired, with a sweater for an extra wrap…

A corset, if one is worn, should not extend below the waist-line, and should have elastic side-lacing. 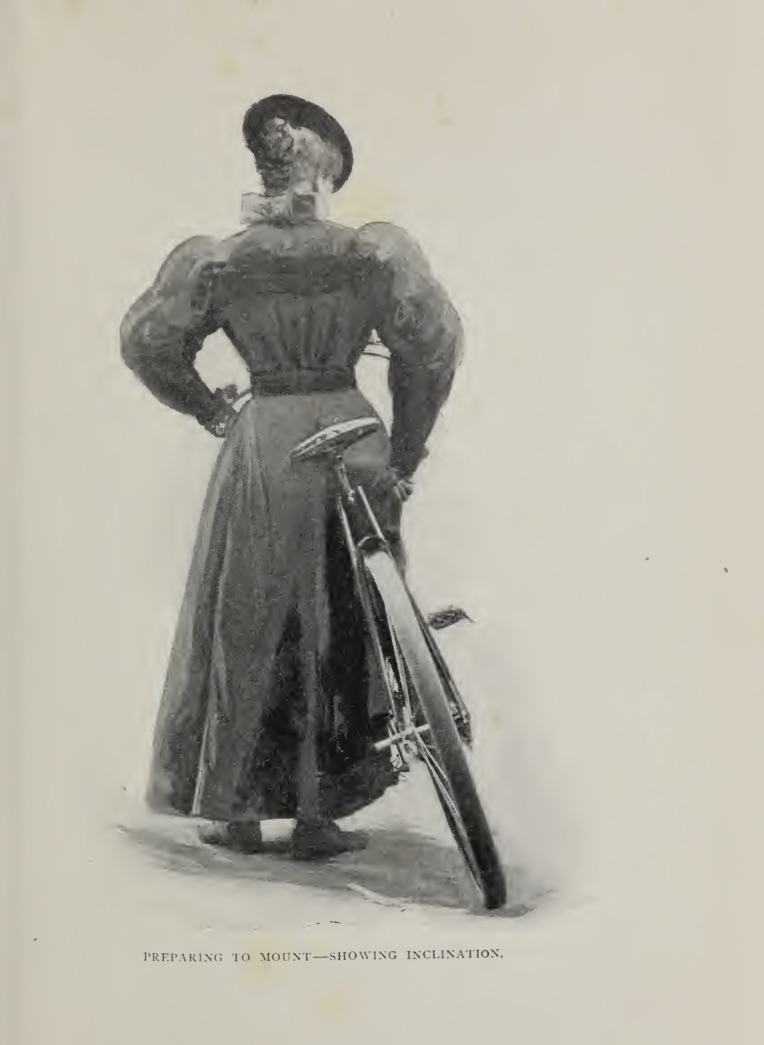 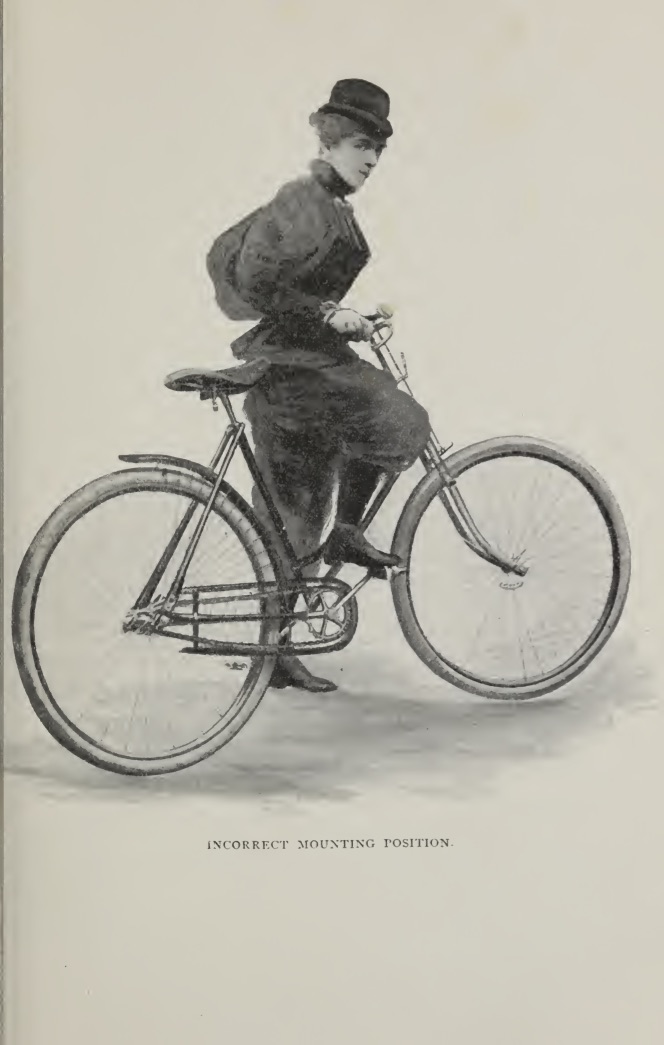 Gussied up and sweltering (“as the sun grows warmer, the sweater may be removed,” notes the experienced Ward), women could at last hit the road.

The bicycle was an agent for change, a tool for female emancipation. And as more women rode, outfits soon became more streamlined. Alice Hawkins, a suffragette, cycled around Leicester, England, promoting the women’s rights movement. She was a member of the Clarion Cycling Club, a socialist recreational group connected with Robert Blatchford’s Clarion newspaper. Many other future suffragettes, including hymned suffragette Sylvia Pankhurst, also joined their local Clarion Cycling Clubs. A 1902 newspaper report tells us that Alice was accused of “outraging public decency” by riding whilst dressed in pantaloons. 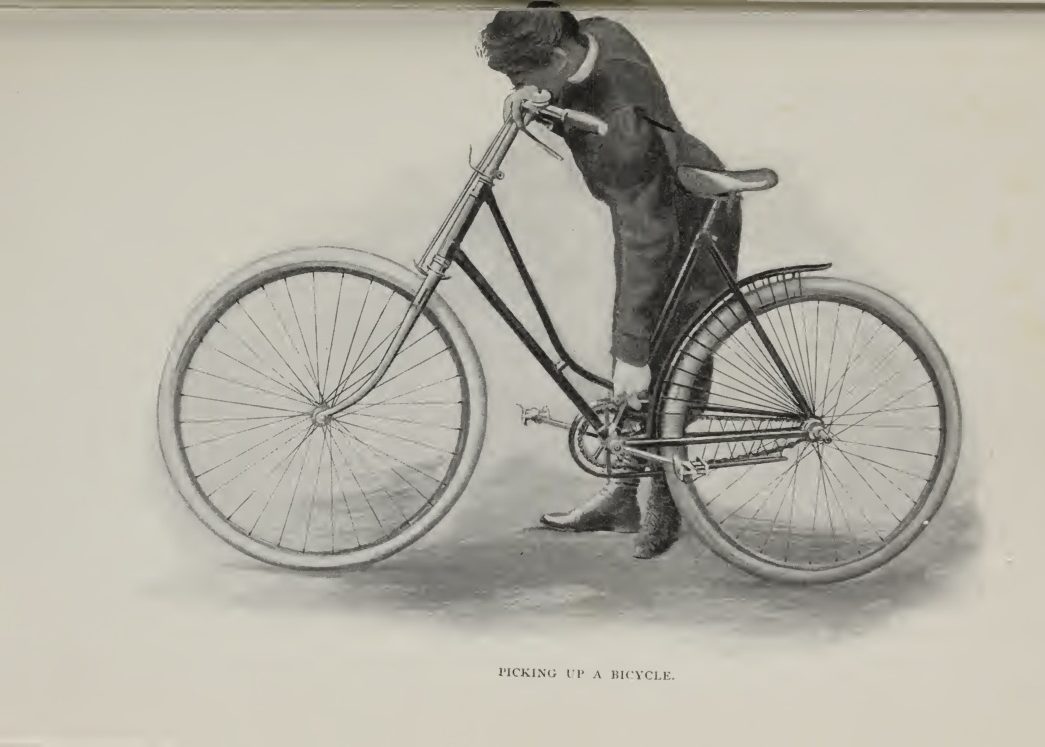 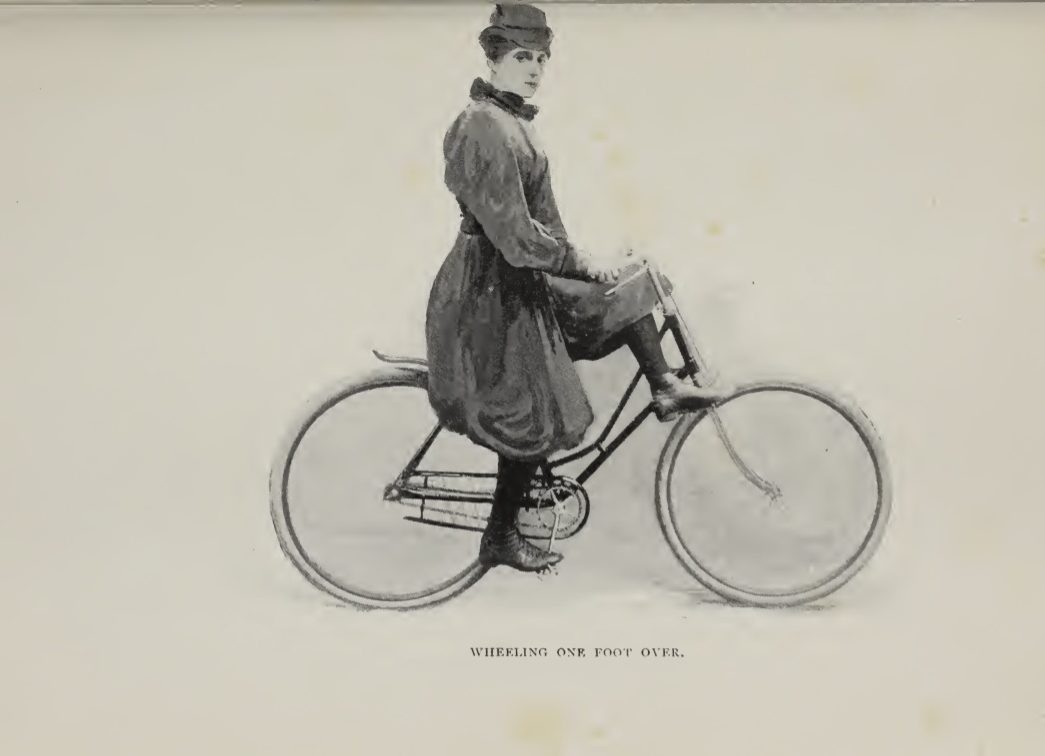 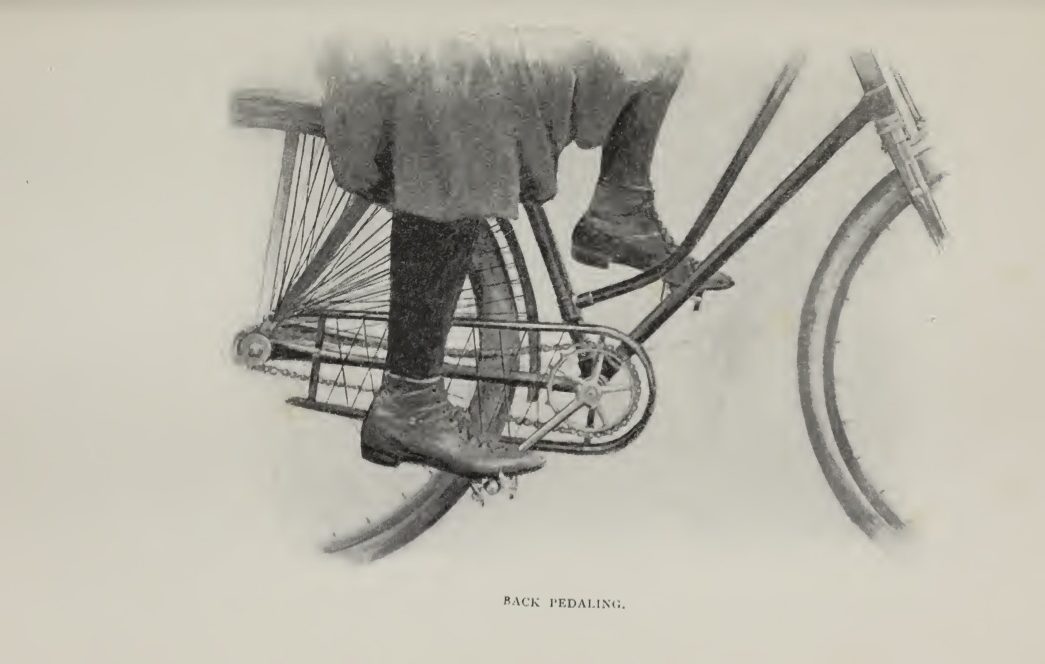 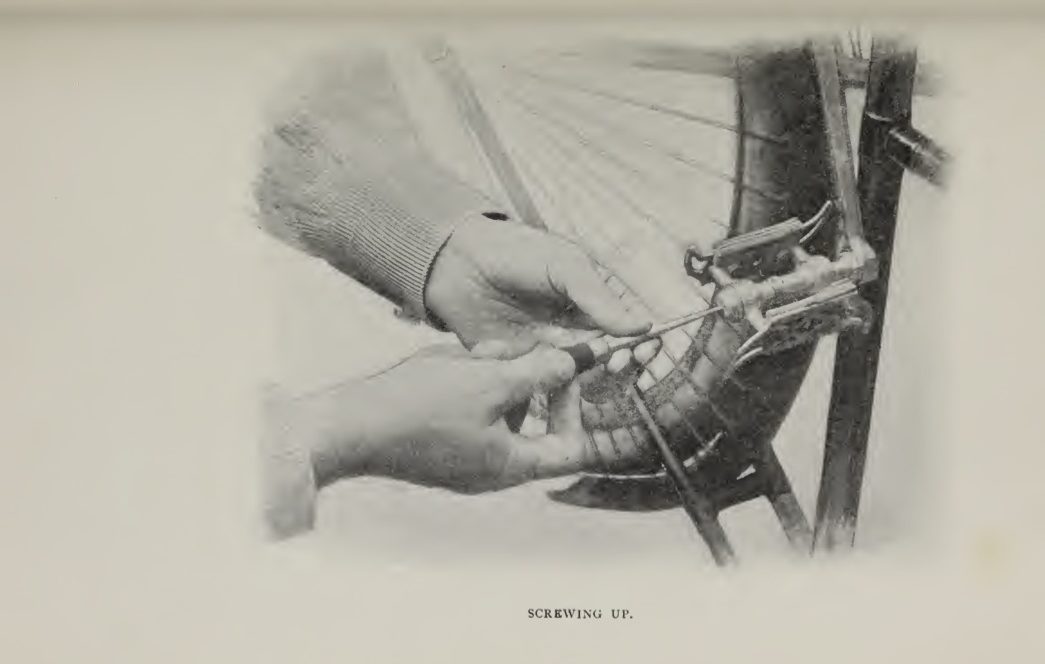 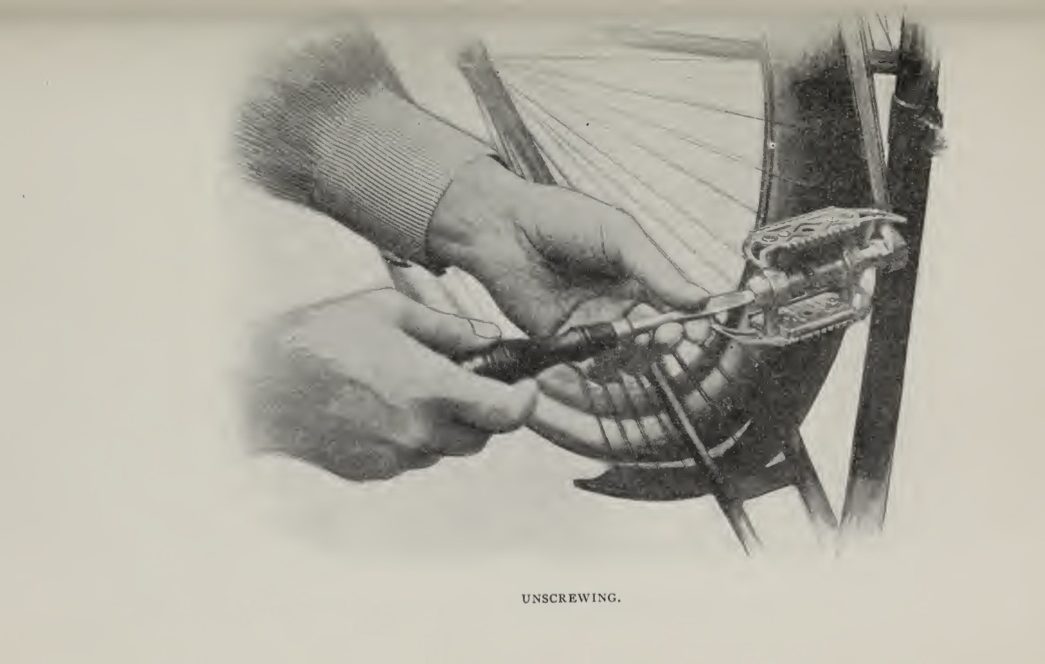 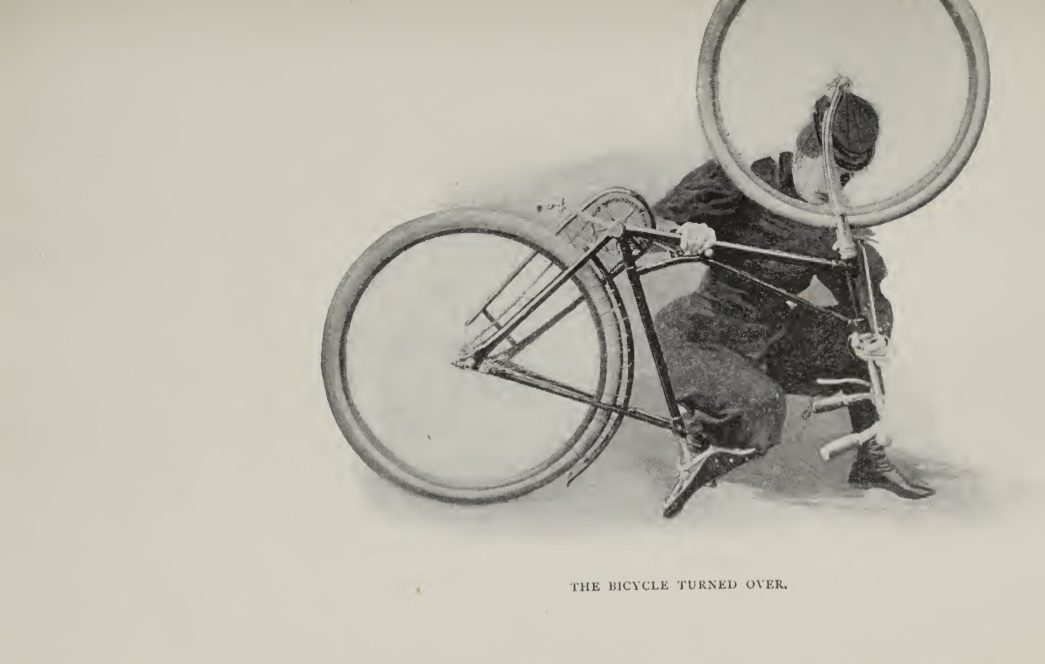 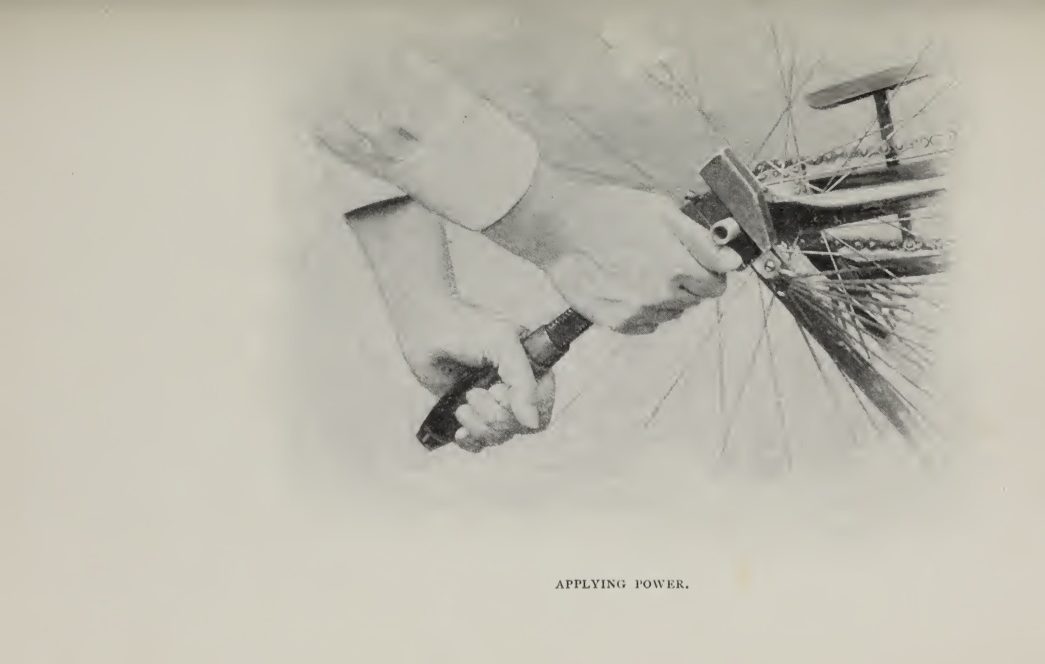 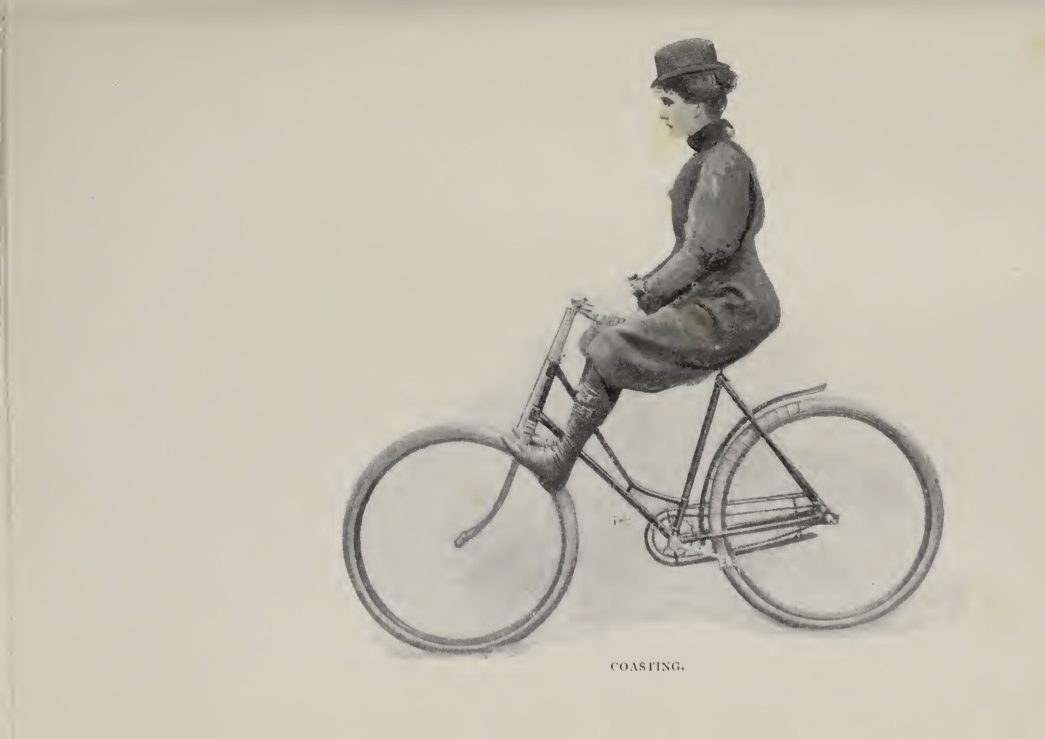 By way of conclusion, here’s  second guide for female cyclists. Published in the newspaper New York World in 1895, we present the 41 Rules For Female Cyclists: 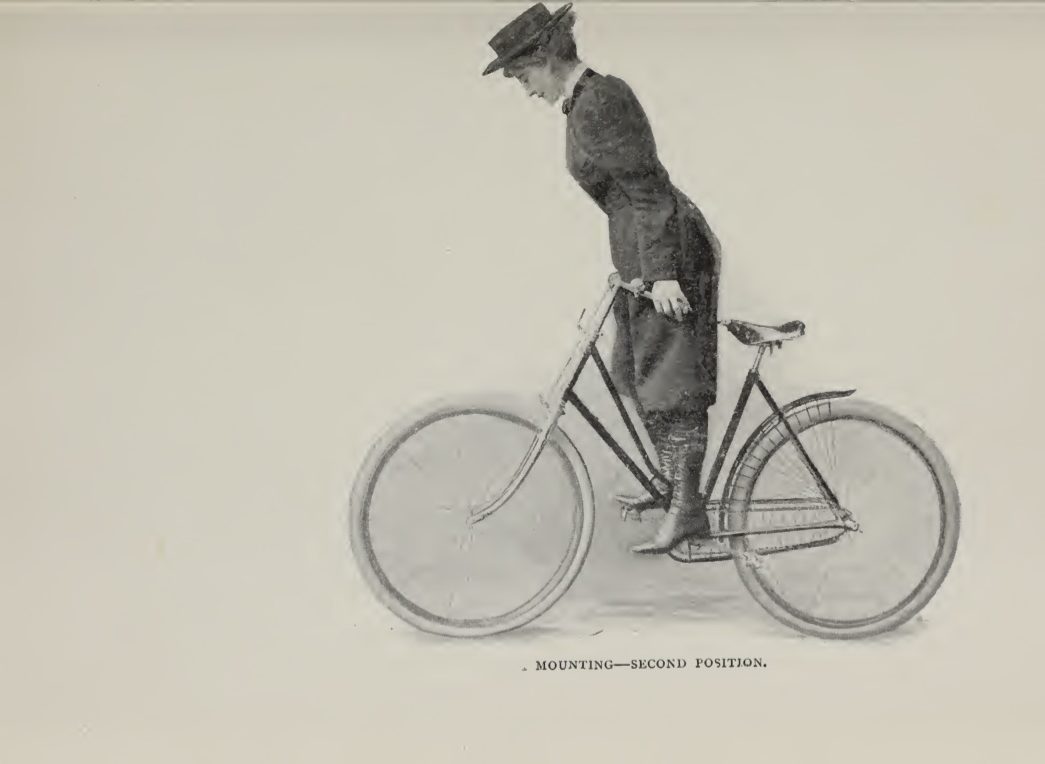 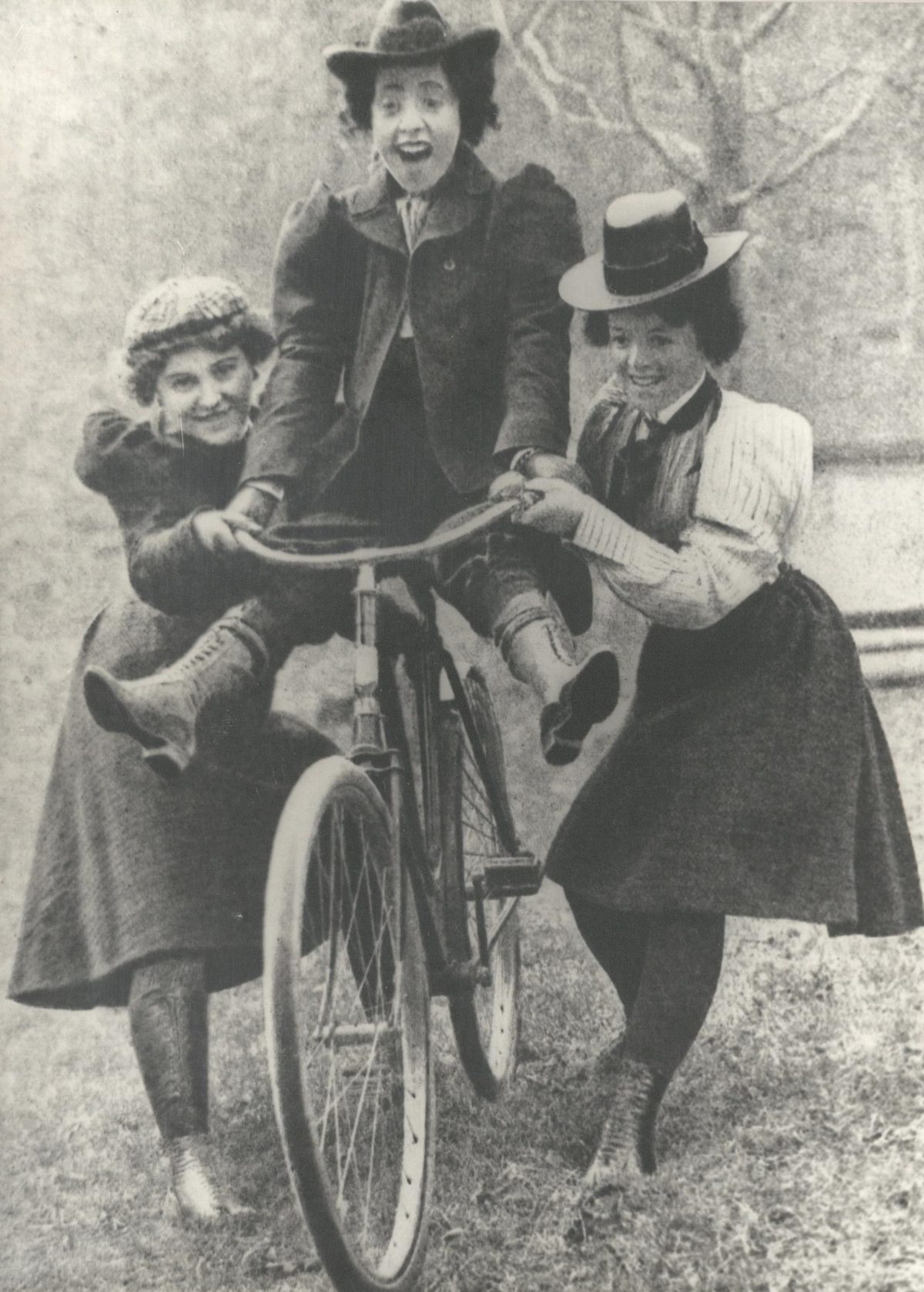 “Maidens with a disregard for convention” by William Gordan Davis, 1895.

Via: Brain Pickings,  The Internet Archive