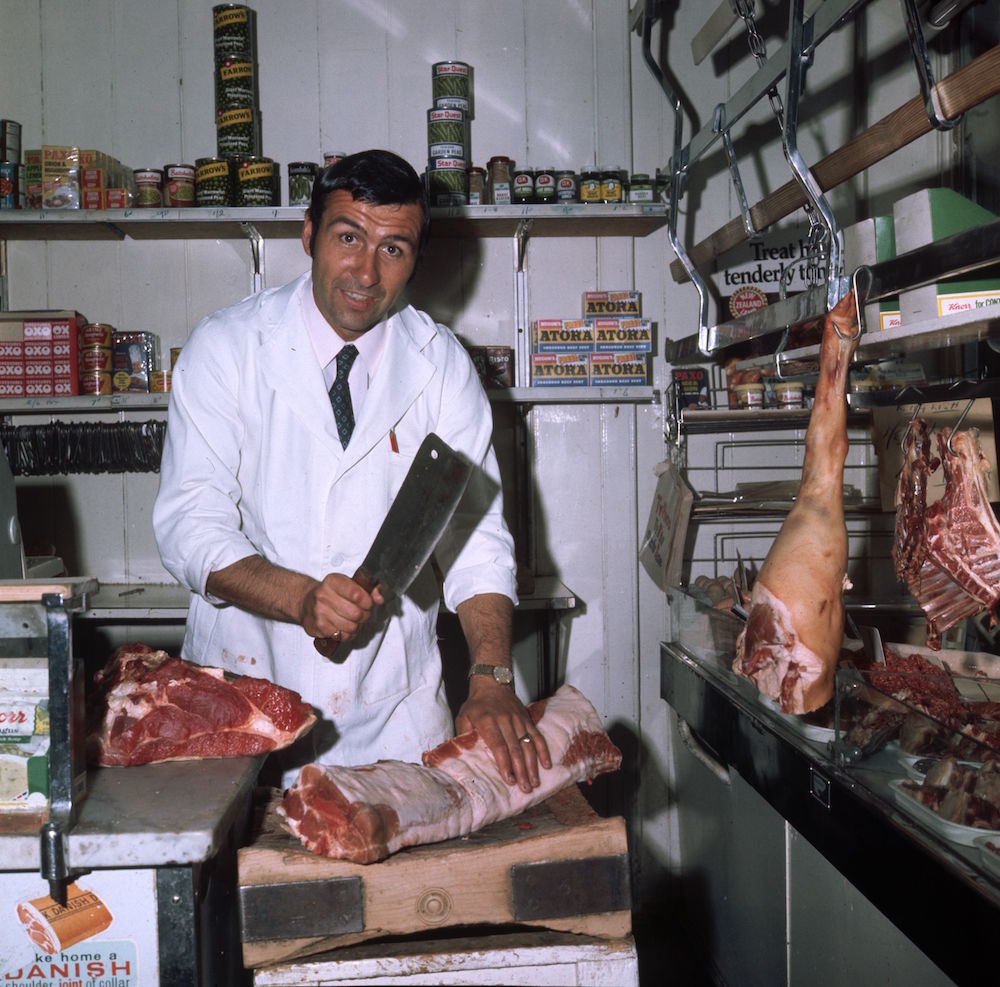 UP UNTIL the health craze of the 1980s, your average meal consisted of meat, more meat, an additional piece of meat, and one more piece of meat for good measure garnished with a tiny fleck of vegetable matter.

Granted, it wasn’t as processed as it is today and our portion sizes were much less, but you get my point – we were much more ‘meat-centric’. Certainly, in the 1950s and 60s, when the ‘Mad Men’ mentality prevailed, vegetables were for wimps and livestock. Hand me a plate of that glistening, bloody animal tissue and a glass of Scotch, I’m starved! 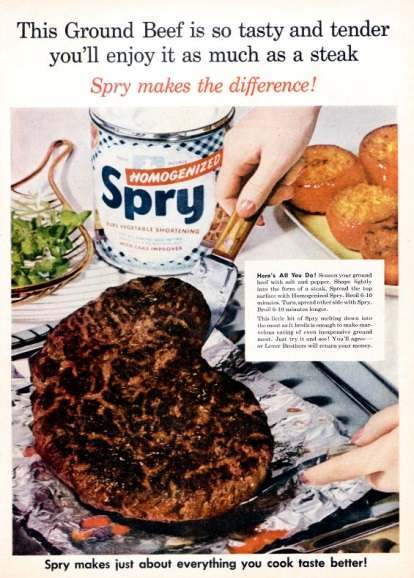 Now, doesn’t this look appetizing? A big wad of burned ground beef lovingly molded into the shape of a steak. To be served with a side of vegetable skins packed with more meat and a tray of inedible leafy vegetables.

Vegetables are annoying. They fill up table space that could otherwise be occupied by meat. 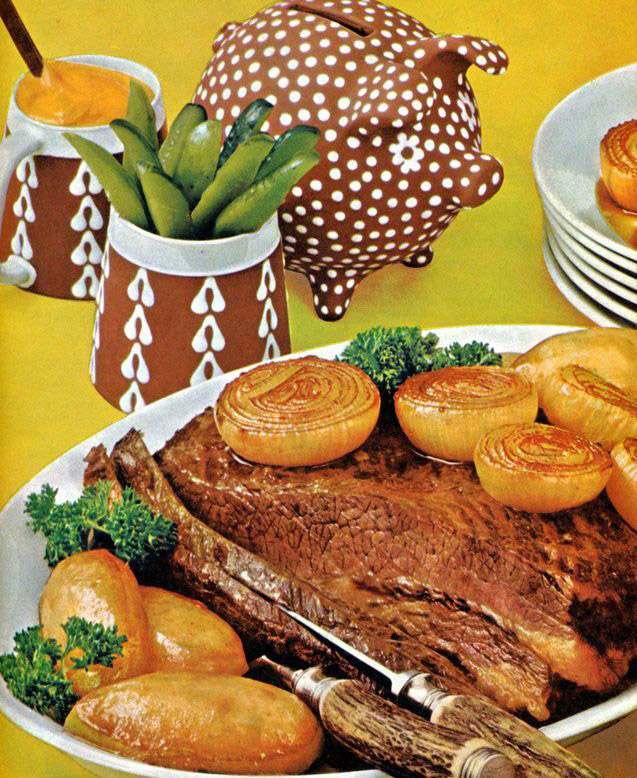 The art of food presentation wasn’t the polished and skilled profession it is today. No Photoshop here – just a slab of meat with all its inherent fattiness on display. As usual, the veggies get relegated to the fringes. Although, I’m not sure if they’re meant to be eaten or just curiously stared at.

As for the polka dot piggybank, I believe it serves no purpose other than as a gentle reminder to 21st century inhabitants that the 1960s were very strange times indeed. 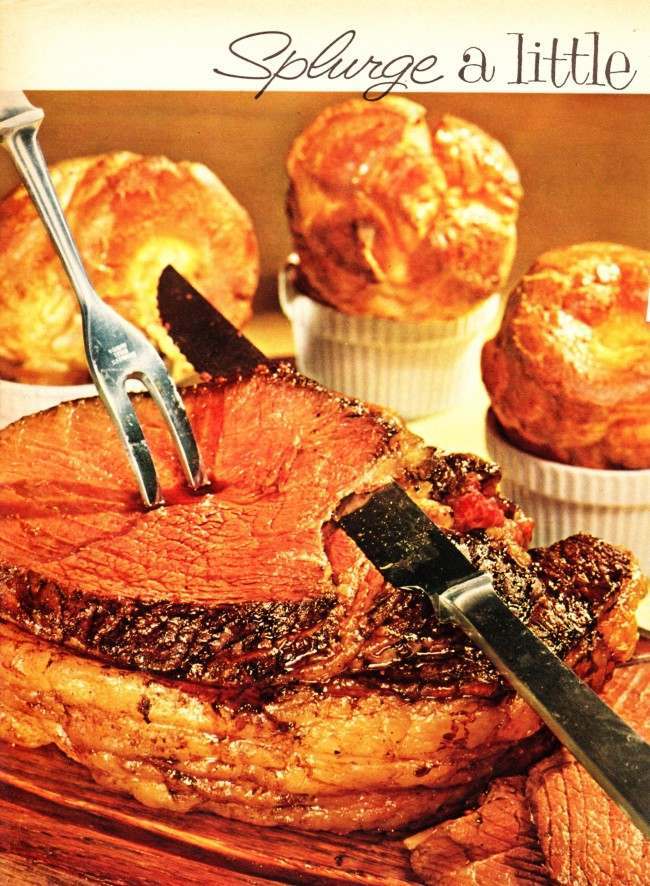 Holy Heart Disease, Batman! Did I mention that they were unafraid to show a little fat back then? My entire cardiovascular system recoils just looking at this. “Splurge a little” seems an apt title in that your arteries will no doubt make a sound similar to “SPLURGE!” as they clog and rupture.

Please note that the word “lean” was still a derogatory term when this picture was taken. Yet, in its own way, it’s more honest than depictions of food you’ll find in magazines today. 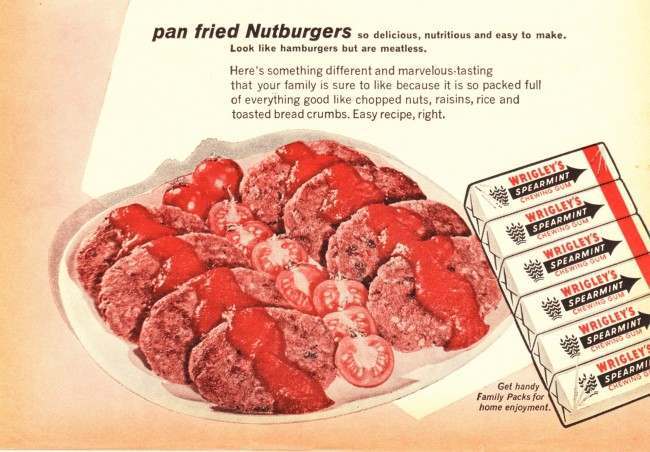 Take note that the fried nutburgers are actually meatless. Our 1960s brethren were so enamored by meat, they even made their vegetarian snacks resemble raw ground beef patties! Ketchup was even added to sustain this bizarre illusion. 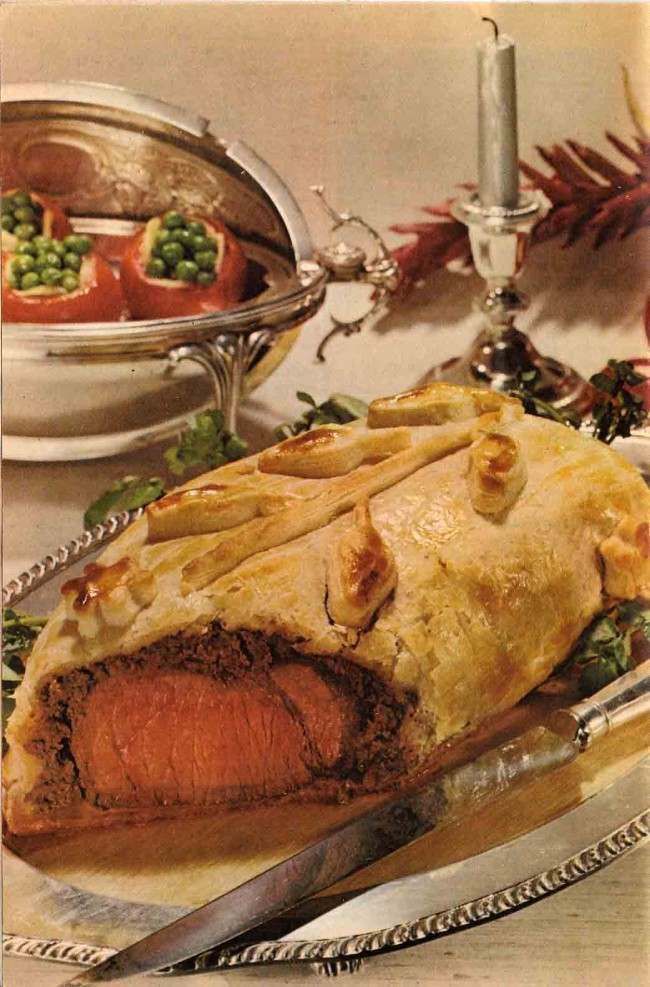 Vegetables cower in fear before the mighty slab of meat in its magnificent armor of buttery bread. As if that knife were its lance and platter its steed, the proud Sir Meat arrives at the dinner table, a distinguished guest of honor. 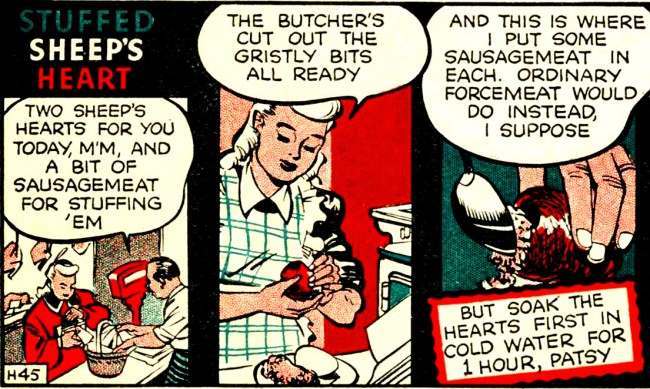 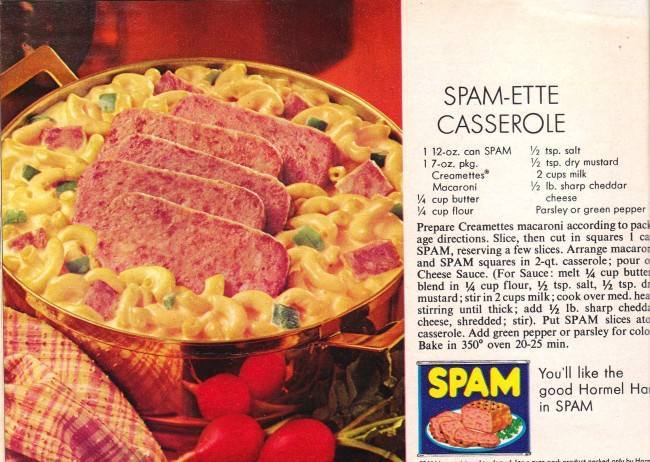 Care for a bowl of macaroni and cheese? Allow me to insert five Spam loaves for no particular reason.

Again, notice the curious appearance of veggies at the bottom. They, of course, have no business going into anyone’s mouths. They are there simply as reminders of how bad vegetables are. 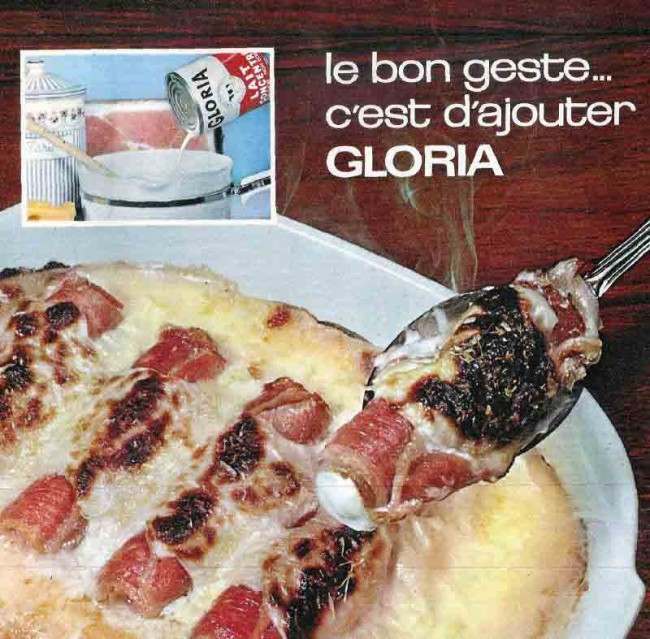 For those not fluent in French, this roughly translates to “charbroiled sheep vomit with unidentified meat tubes”.

I think it best we stop here. 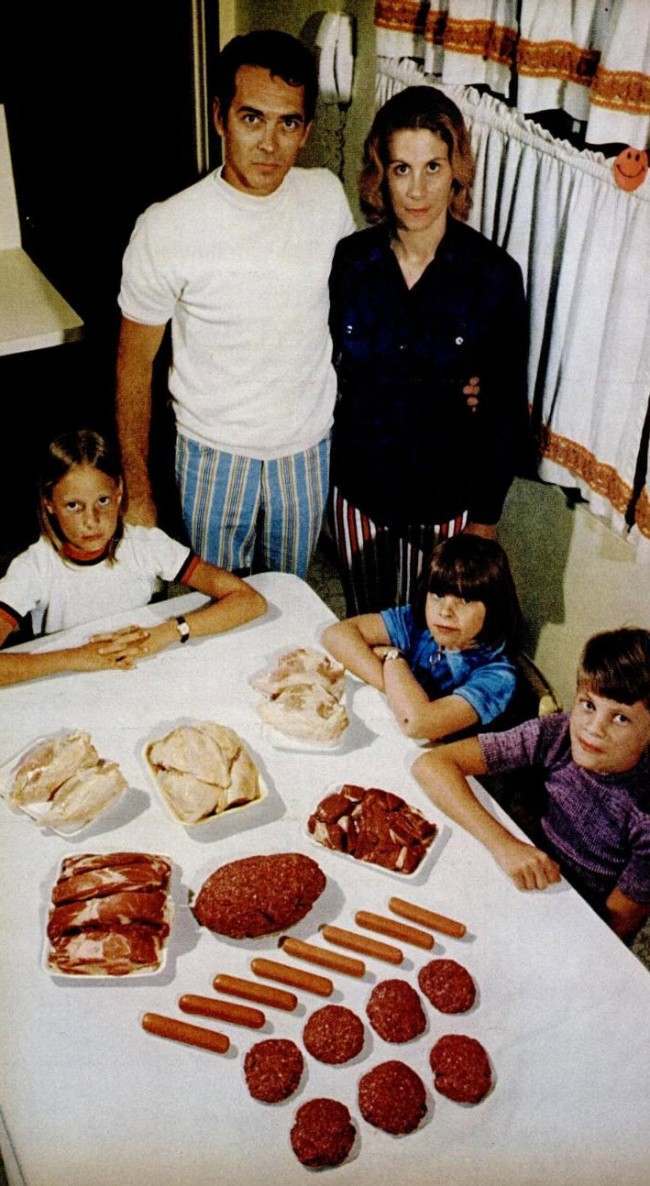