“Vain trifles as they seem, clothes have, they say, more important offices than to merely keep us warm. They change our view of the world and the world’s view of us.”
― Virginia Woolf, Orlando 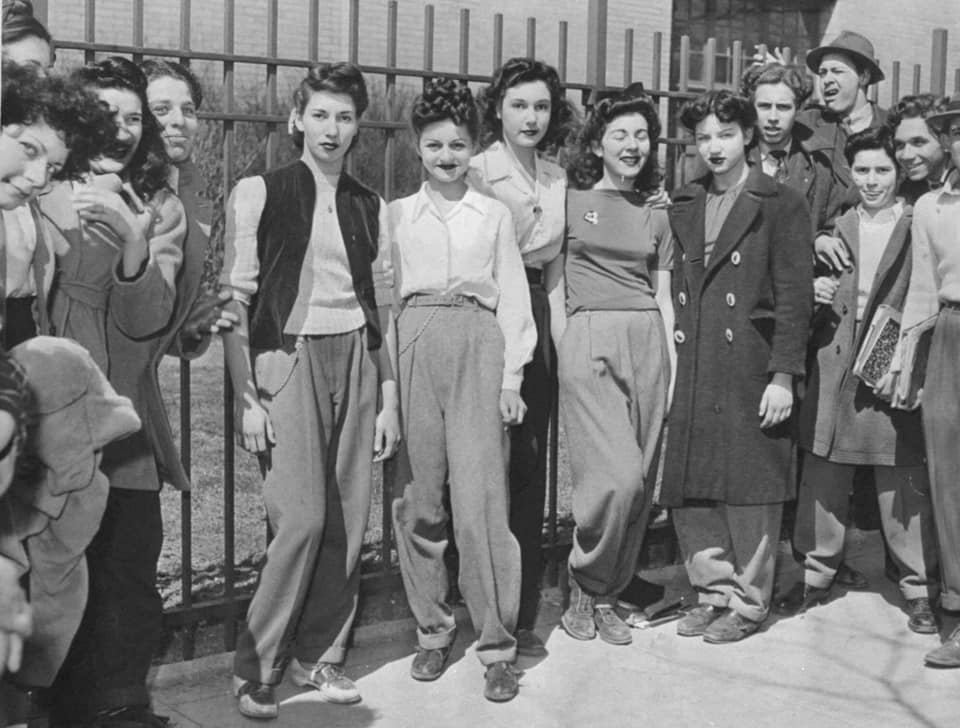 This great photograph shows students protesting the high school dress code that banned slacks for girls in Brooklyn NYC back in 1942. It illustrated a question in the Brooklyn Daily Eagle newspaper on March 26 1942. As war raged around the globe, readers were invited to consider the burning question: “Should high school girls, particularly students of Abraham Lincoln High School on Ocean Parkway… be permitted to wear slacks to class?”

The article featured Lincoln pupil Beverly Bernstein, a 16-year-old suspended by the school’s dean of girls, Bertha Cohen, for wearing blue gabardine slacks and a “lipstick-red sweater”. “She wore them to school, along with a lipstick-red sweater,” the Eagle reported.

Her rustication sparked a protest movement. The above photo was captioned: “Girls show up in slacks at Abraham Lincoln High School, in Brooklyn, in protest because a classmate, Beverly Bernstein, was suspended the day before for wearing slacks.” 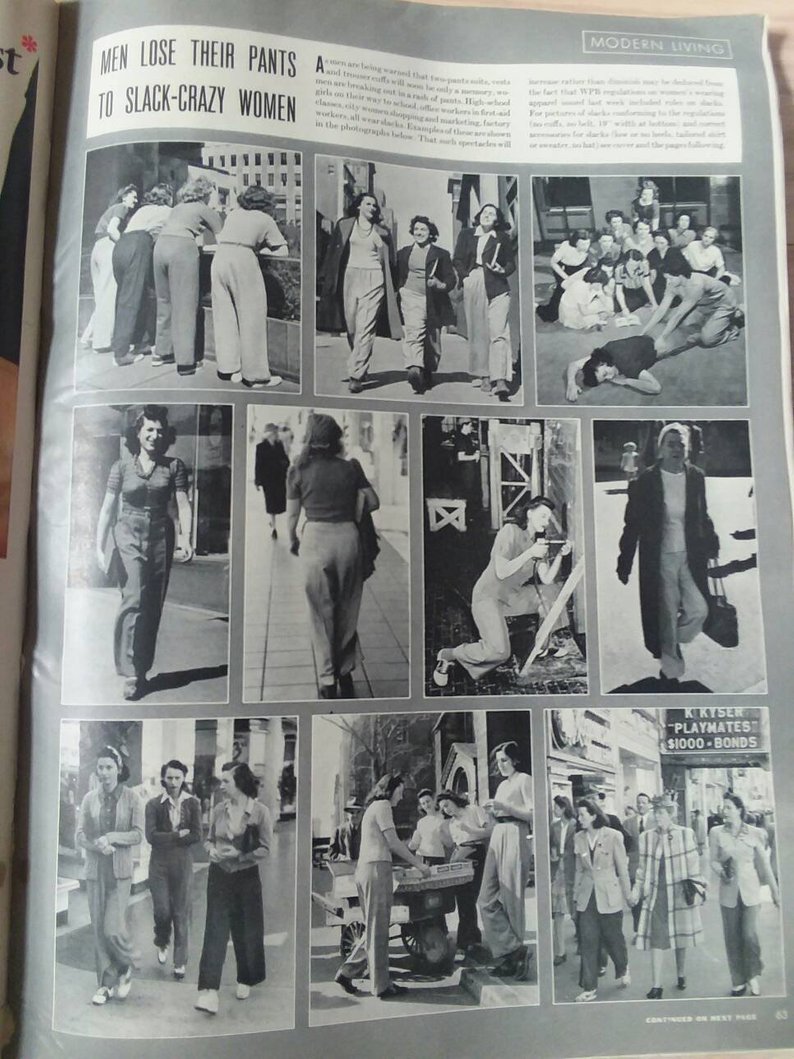 Bernstein’s champions argued that slacks “are better than skirts in the event of an air raid”. Moreover they were vital to “conserve silk stockings”. They circulated a petition.

“The undersigned want to have official permission for girls to wear slacks to school for the following reasons:

b) They conserve silk stockings

c) They curb sexy clothes such as short skirts. Note: Boys also wish the girls to wear slacks and signing the petition in hope that it will be allowed.”

Presented with such reasoning, Lincoln’s principal shrugged, stating that “if the girls wear them, we won’t get excited about it”. 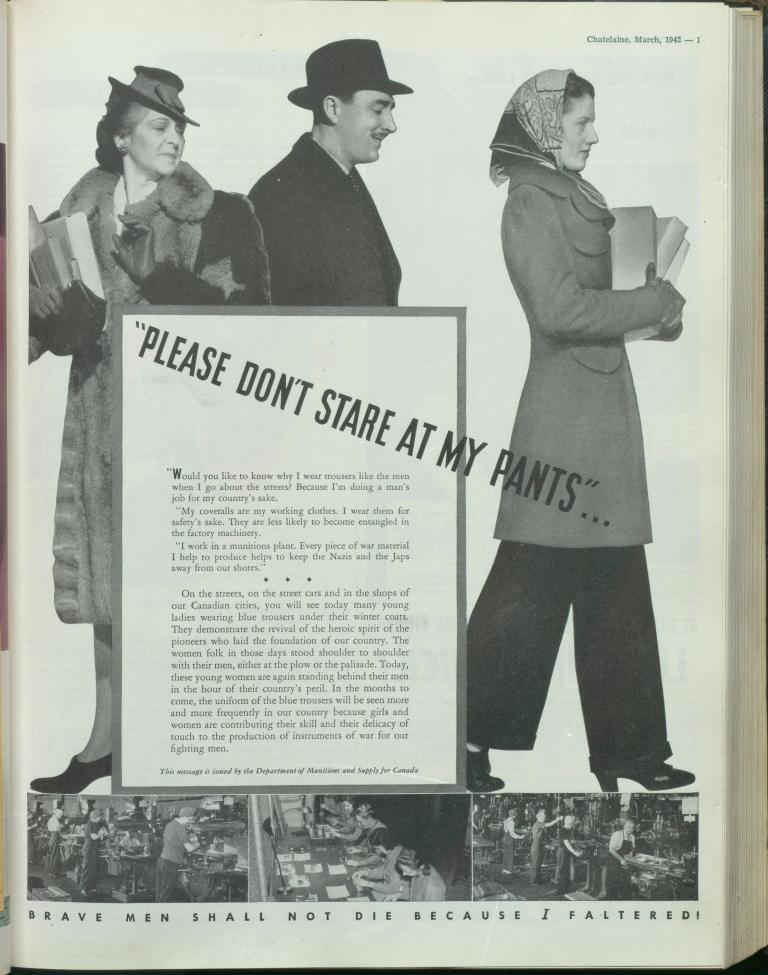 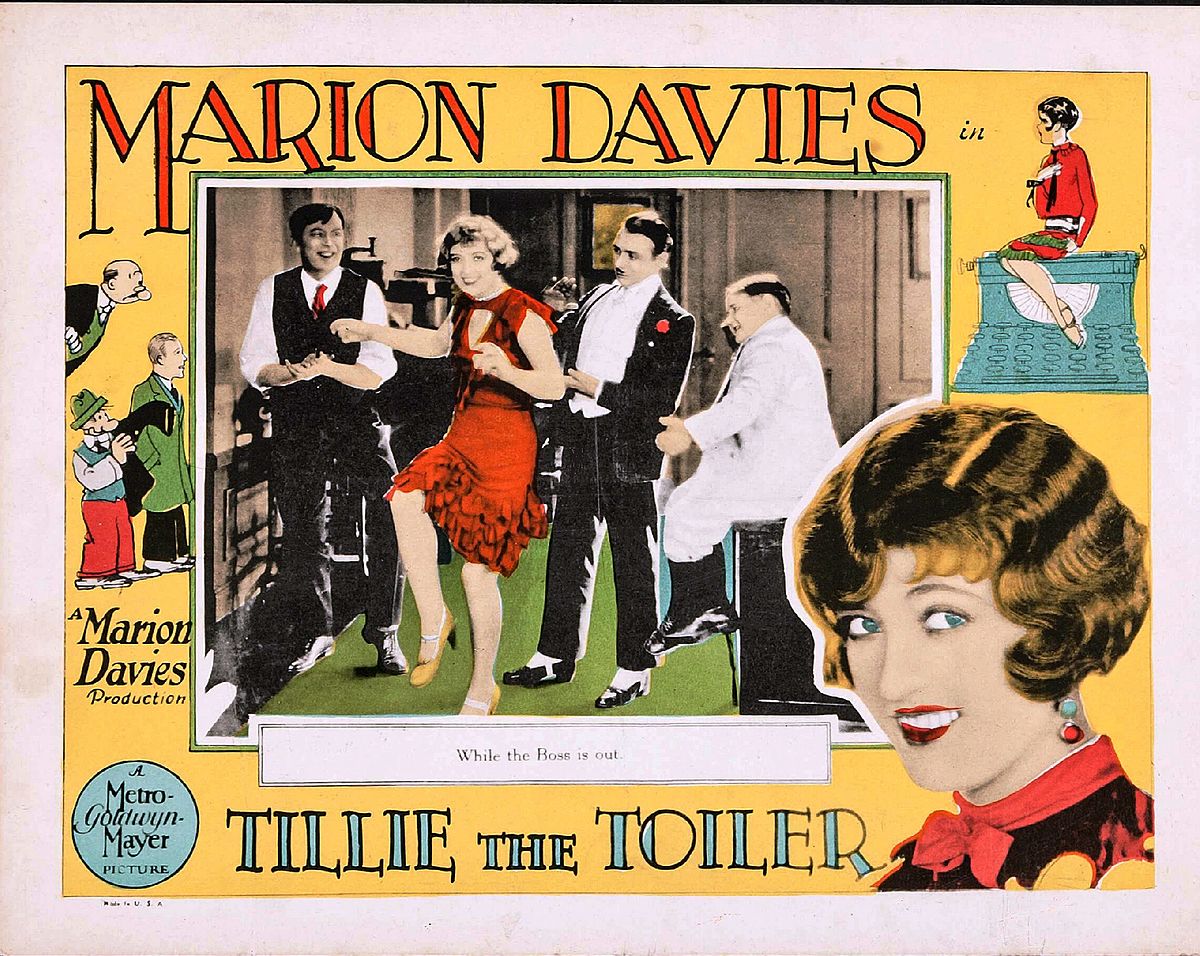 Slacks for girls was a national concern. Writing for the San Antonio Light newspaper (San Antonio, Texas) on May 22, 1942, Russ Westover, “Famous Cartoonist – Creator of ‘Tillie the Toiler'”, opined:

The girls appear to be winning their battle for the right to wear slacks to school. In Pittsburgh, for example, the superintendent of schools approved, provided, however, the girls do not take to any outlandish fashions that will create a distraction and a disturbance. In New York, when Beverly Bernstein was forbidden to wear slacks to Abraham Lincoln High School, she and fellow students staged a strike for the emancipation of women from skirts. They got up a petition which school authorities couldn’t talk down:

“The undersigned want official permission for girls to wear slacks to school for the following reasons:

(a) the United States government advocates slacks for school, because they are better than skirts in the event of an air raid; (b) they conserve silk stockings; (c) they curb sexy clothes such as short skirts.

Note: Boys also wish the girls to wear slacks and are signing this petition.”

It isn’t exactly true the government is advocating slacks for school. In fact, it’s fearful that unnecessary adoption of the style will aggravate the shortage of wool. However, in scores of other cities, girls have donned pants for school hours, and they’re on their honor not to let the fashion get beyond conservative bounds.

The least captious girls hate their beaux to present a rumpled, unpressed appearance. Let them take this tip unto themselves and keep slacks in press. Washable slacks should be kept at least as fresh as a girl keeps her blouse, her handkerchief. If the tailor stitches down the crease of wool pants, pressing them neatly is then an easy home job, and the crease doesn’t get out of line between pressing.

There has been a great spurt of publicity to get hats onto heads above slacks. And the long-visored cap, the cocoanut straw hat and the felt fedora type have been advocated for the slacks ensemble. The scarf or handkerchief turban is very popular. Another suggestion is the worsted snood.

Tomorrow: Practical hints on getting the best fit in slacks.

As for the intrepid Beverly Bernstein, well, we know she was born in 1926, lived at 65 Exeter Street, Kings, New York, sharing her home with two younger brothers, Arthur and Leonard (not the musician), and parents, Russian-born Jacob and native New Yorker Ruth. We’d love to know more. Who were those campaigners in the photo? And what did Beverly Bernstein do next?