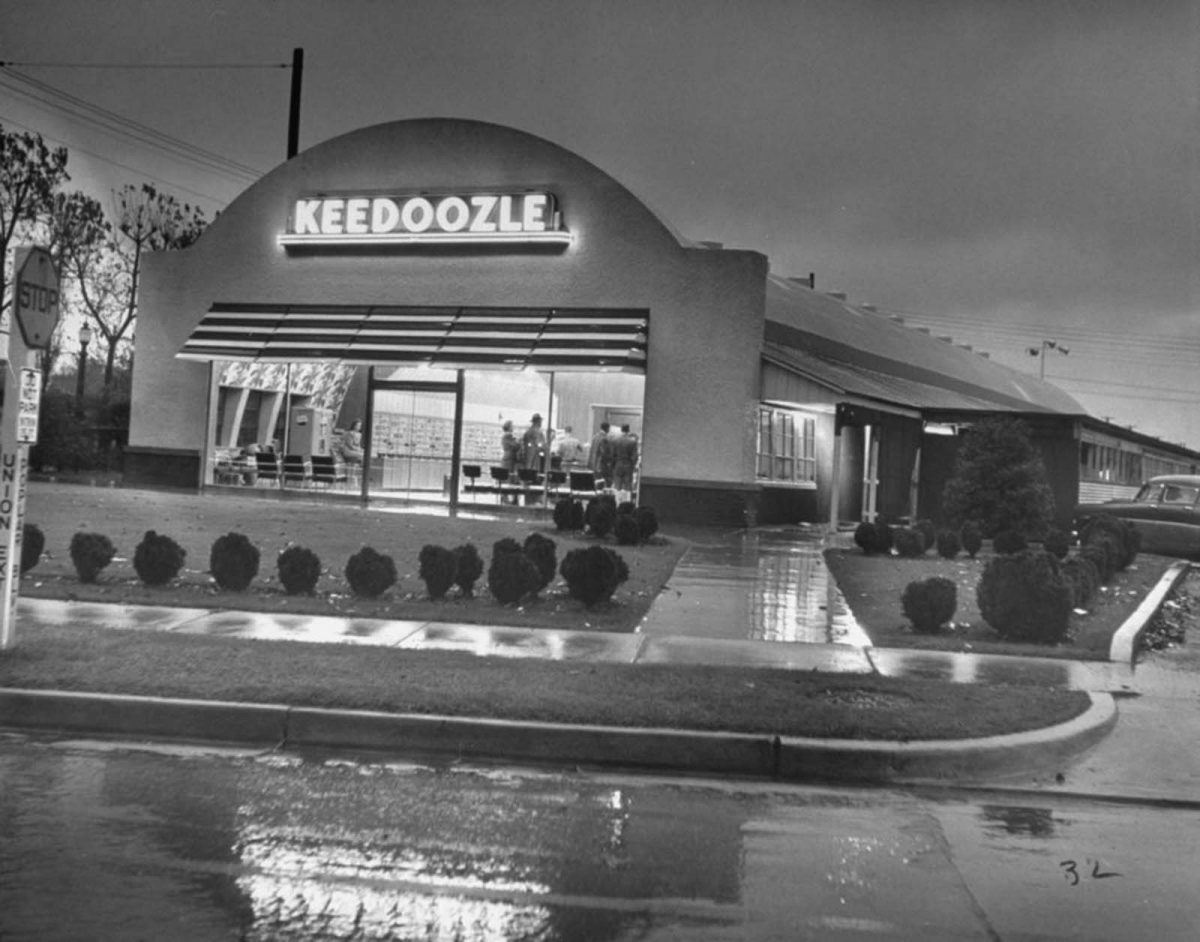 Keedoozle…. It sounds like the name of an Internet startup. The idea was intended to “disrupt” an entire industry, changing the way Americans do their shopping. But, like many a failed startup, Keedoozle was too far ahead of its time. Keedoozle was the first automated grocery store, founded by Clarence Saunders in 1937. Self-checkout may feel “like a product of the disconnected Internet age,” writes Laura Bliss at City Lab, but “the concept is nearly 80 years old.” Sort of. Keedoozle wasn’t exactly fully automated. More like a giant grocery vending machine. 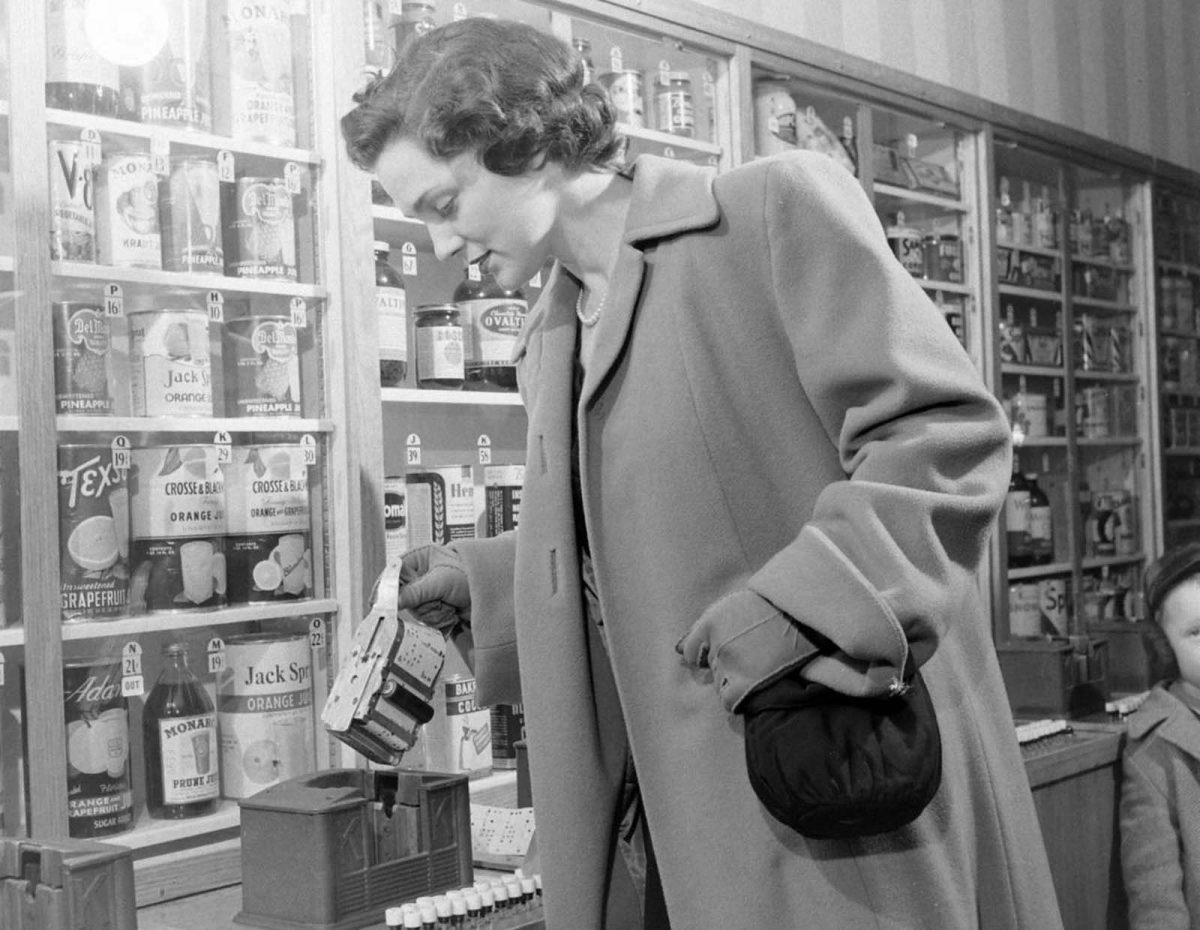 Saunders opened his automated grocery in Memphis, Tennessee, where he had first founded Piggly Wiggly, the first “self-serving store,” as he called it, twenty years prior. By the twenties, he had hundreds of stores and had radically changed the industry, inventing the basic grocery store template we know today. (He even patented the concept). Prior to Saunders’ interventions, grocery shopping involved a retinue of clerks taking customer orders, afterward everything changed. (“It shall be said by all men,” Saunders proclaimed at his first store’s opening, “that the Piggly Wigglies shall multiply and replenish the earth with more and cleaner things to eat.”)

Saunders lost the Piggly Wiggly empire when the company went public but was determined to repeat the same success with other grocery endeavors. The original innovation of letting customers choose their own goods from the shelves, wandering at their leisure with their baskets, might seem to lead naturally to Keedoozle, a coinage for “key does all,” where they barely had to lift a finger… or “key” (more like a sort of handheld punch card machine). No pesky employees cluttering up the aisles either. The marketing—as marketing tends to do—obscured the fact that a good deal of labor still went into stocking the store’s dispensers and other tasks, but savings on overhead allowed Saunders to charge 10-15% less. 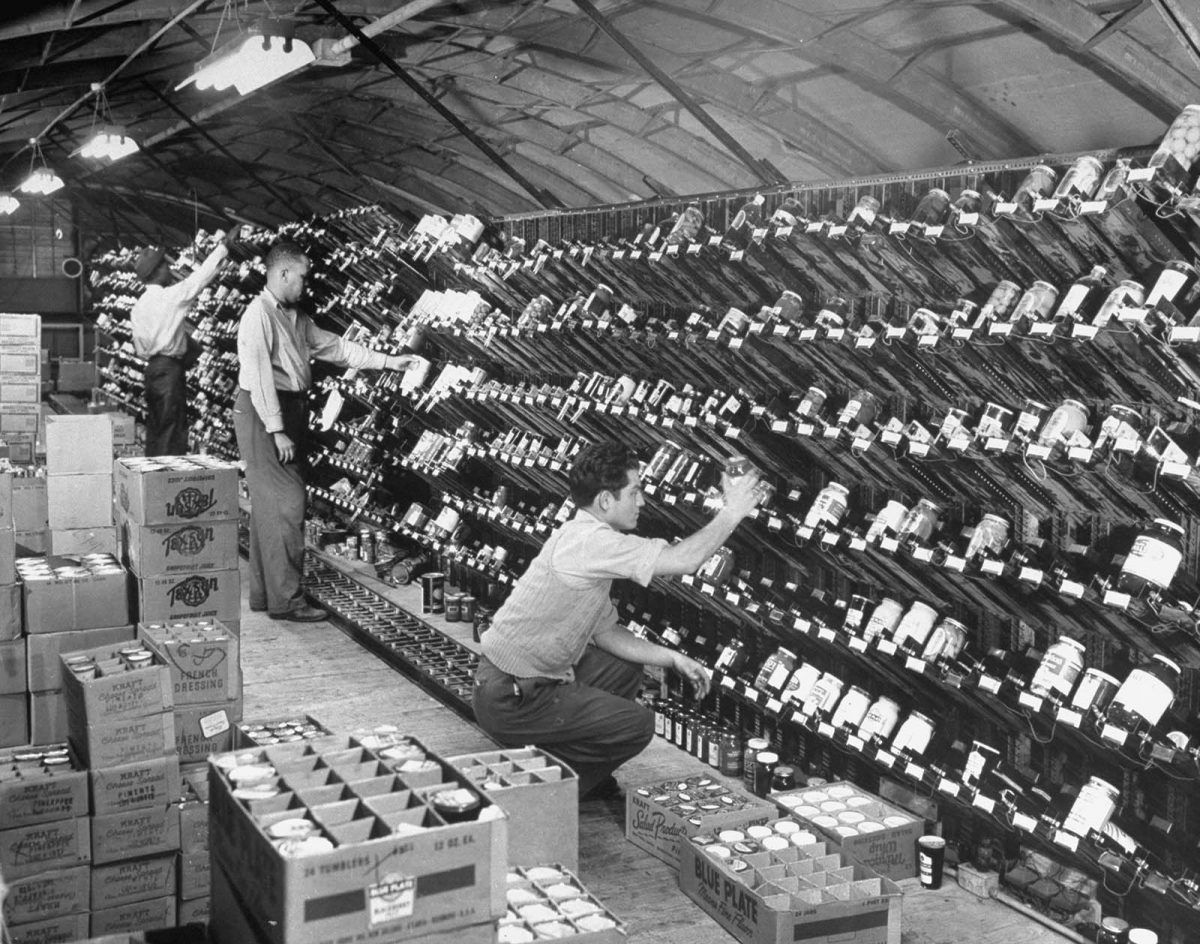 Keedoozle’s cost cutting practices probably worked the way automat restaurants did at the time. “The managers of these restaurants still had to hire human beings to cook, convey food to the vending machines, and wash the silverware and dishes,” Bob Strauss points out, “but since all this activity went on behind the scenes, they got away with paying below-par wages and forcing employees to work overtime.” This may not have been a hard sell during the Great Depression, though in New York and other Northern cities, the AFL-CIO picketed automats. Such union action was less likely in the South. 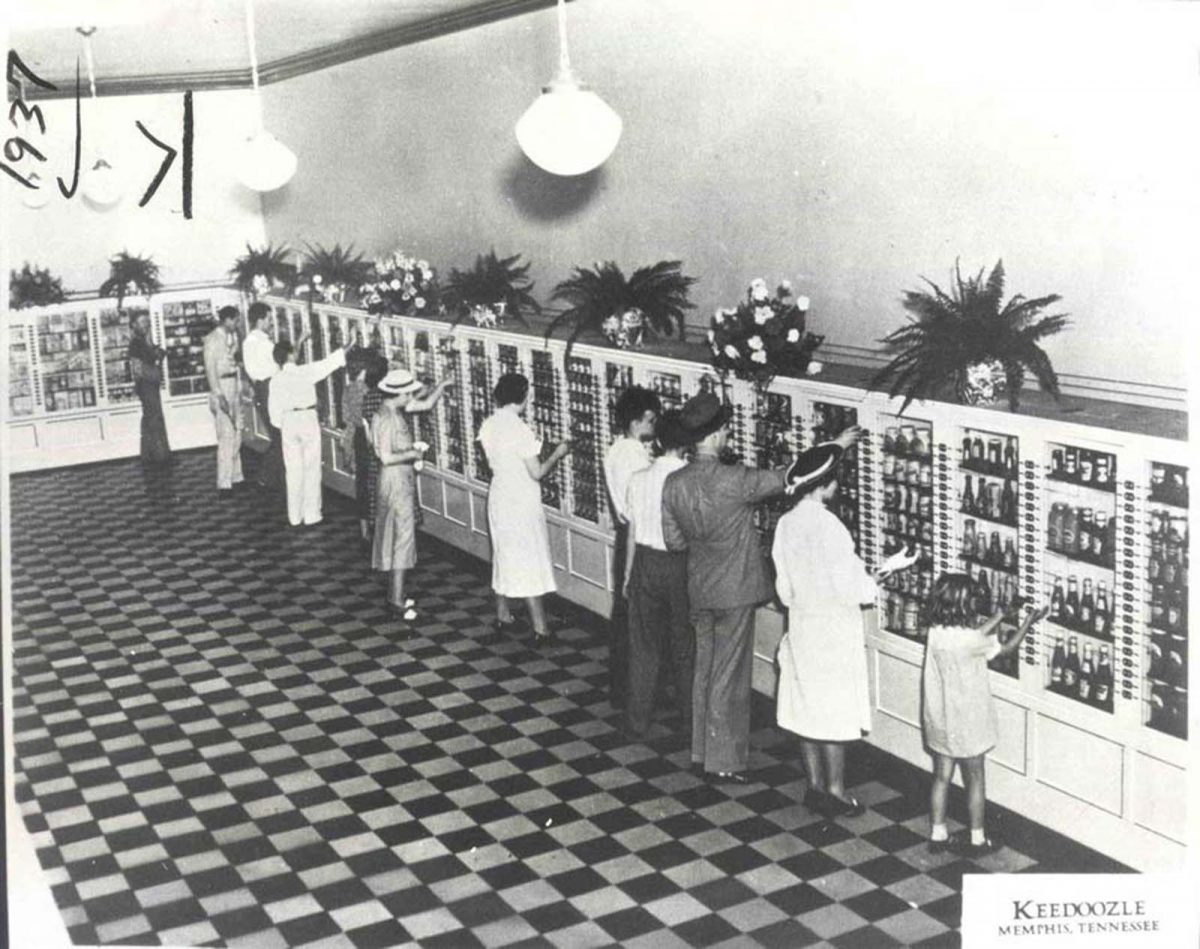 So, why did Keedoozle fail to catch on? For one thing, it was complicated. Customers “received a key to use while shopping,” notes Mental Floss. “The items (mostly dry and canned goods) were behind glass displays, and shoppers put in their key and selected the quantity they wanted. The key was then brought to the front, where the food was delivered via conveyor belt and the bill was added up.” Everything except the produce was behind glass, since customers were unwilling to buy fruits and vegetables that they couldn’t handle themselves. 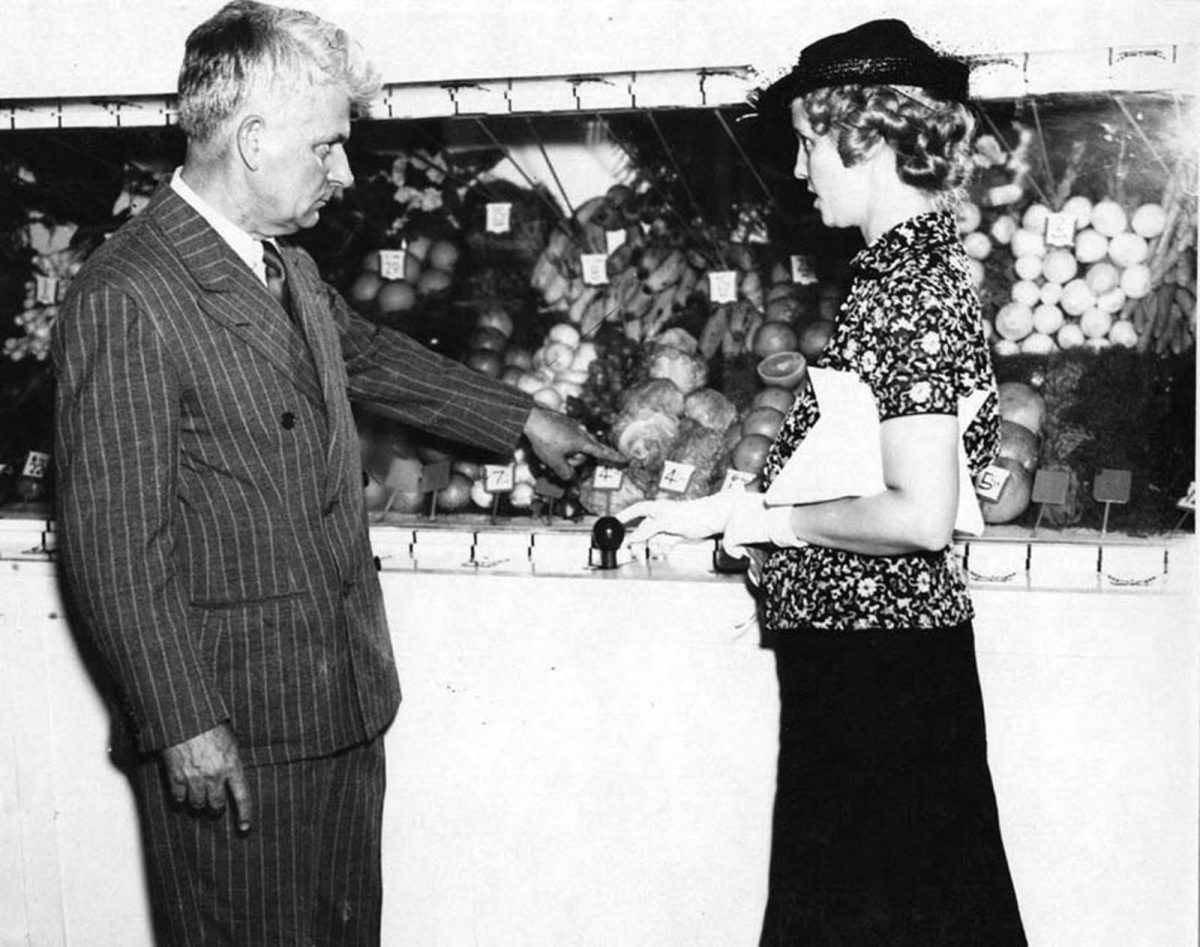 Clarence Saunders helps a customer pick out produce at Keedoozle

Seems simple enough, but the back end of things required a lot of mechanical operation to work smoothly, as Messy Nessy notes:

Customers… put the key in labeled keyholes at the merchandise display and selected the quantity. Electric circuits caused perforations to be cut in a ticker tape attached to the face of the customer’s key. The customer then took the punched out tape to the cashier for processing.  The cashier would insert the tape into a reading mechanism that would electronically read it. That set off electrical and electronic circuits which started the goods sliding down conveyor belts and did the cost tallying in the process.

The technology couldn’t keep up with the demands of the design. “Circuits got mixed up easily and shoppers got the wrong merchandise.” This especially happened at peak times, surely leading to some very bad word-of-mouth. The economic tenor of the times was not conducive to entirely new ventures, but maybe the biggest reason Keedoozle didn’t work is that Saunders was competing with his own greatest success, the patented “self-serving” grocery model that worked perfectly fine. He couldn’t effectively persuade customers there was a problem with the Piggly Wiggly way, and so he couldn’t sell them on a solution. 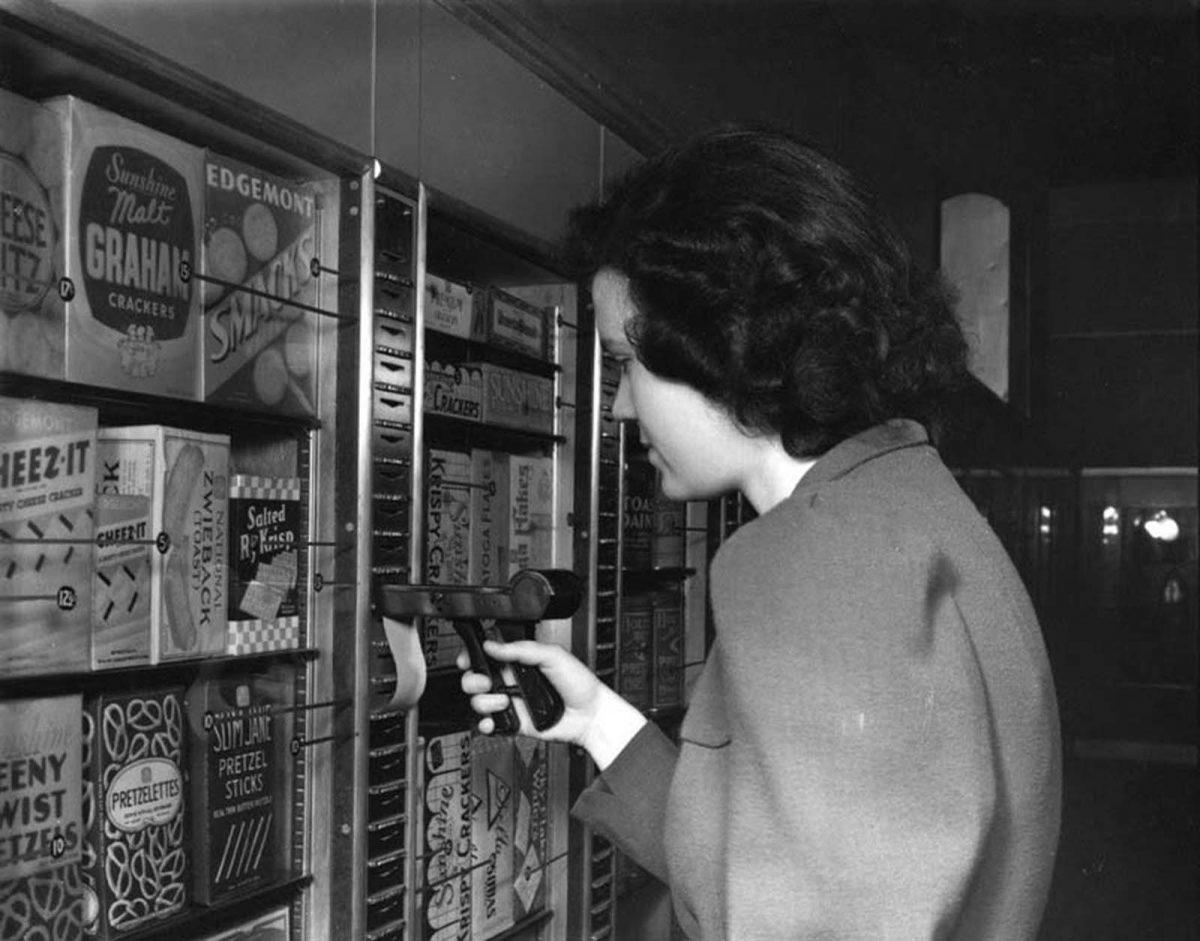 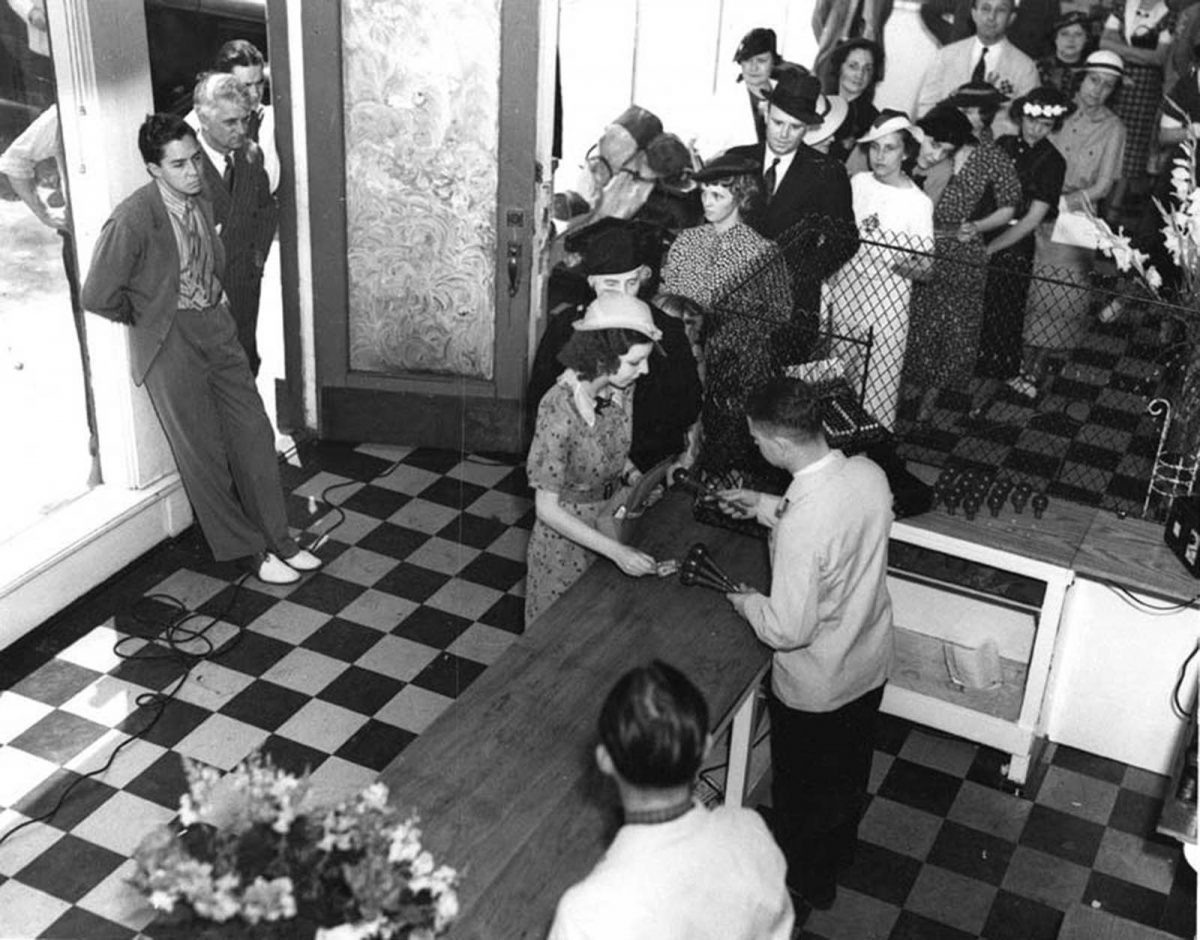 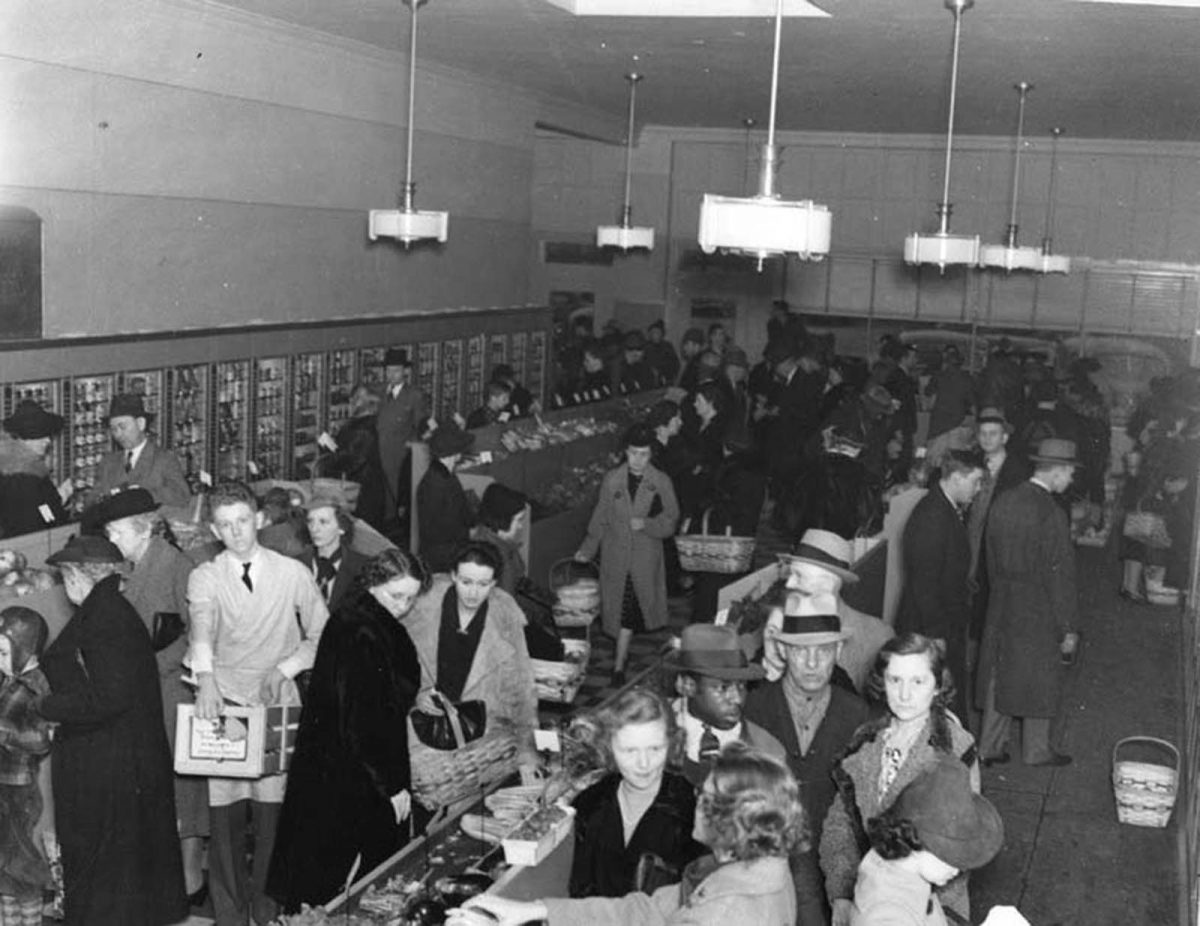 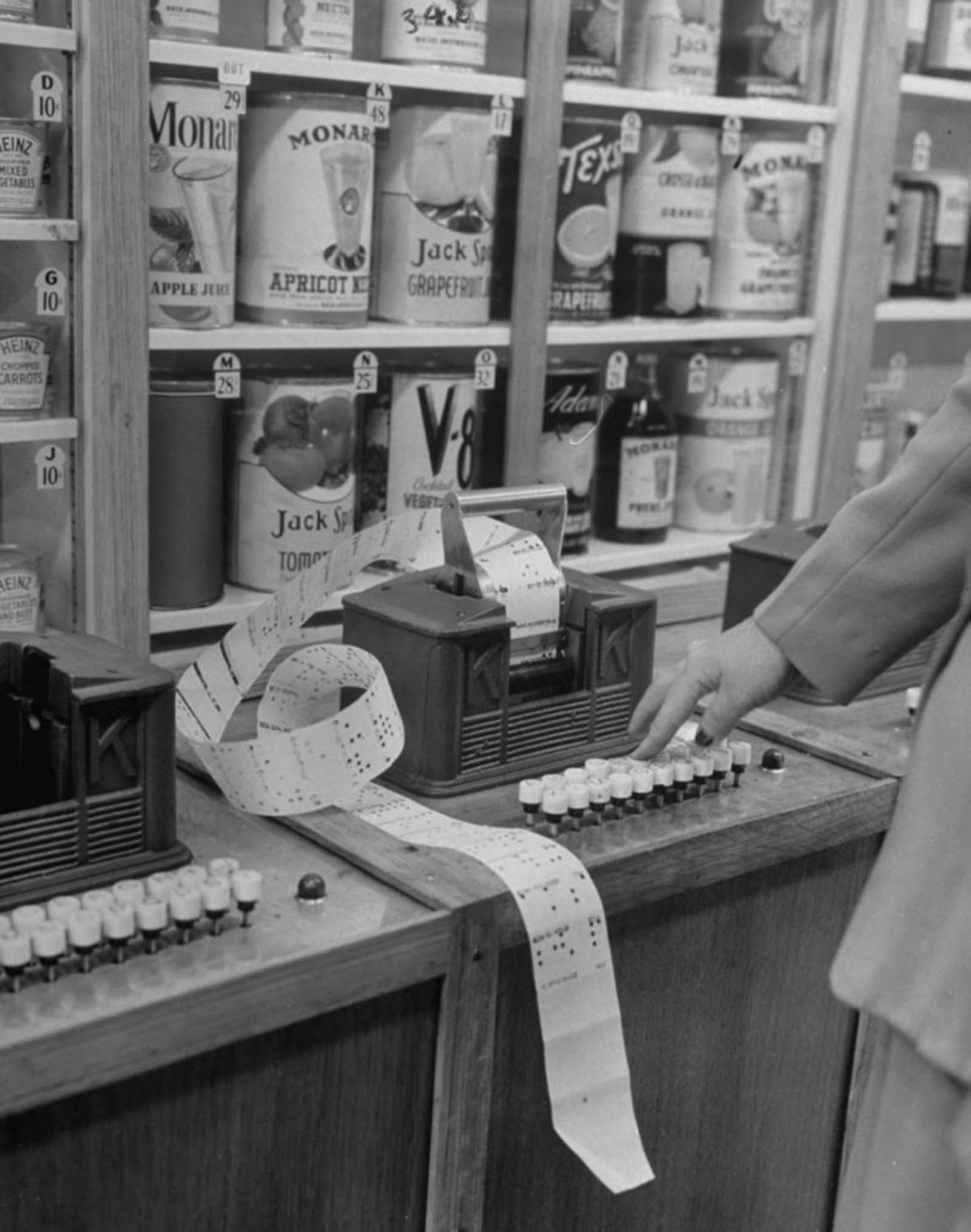 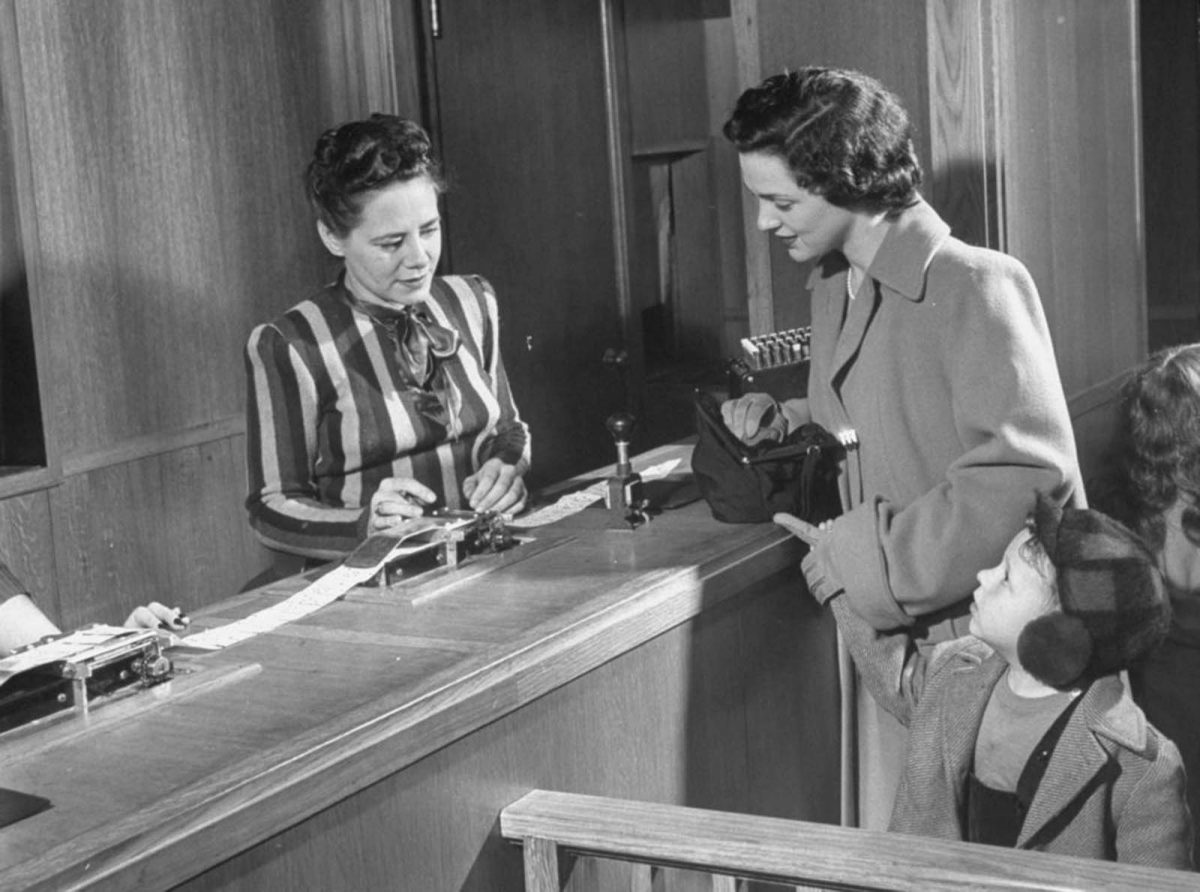 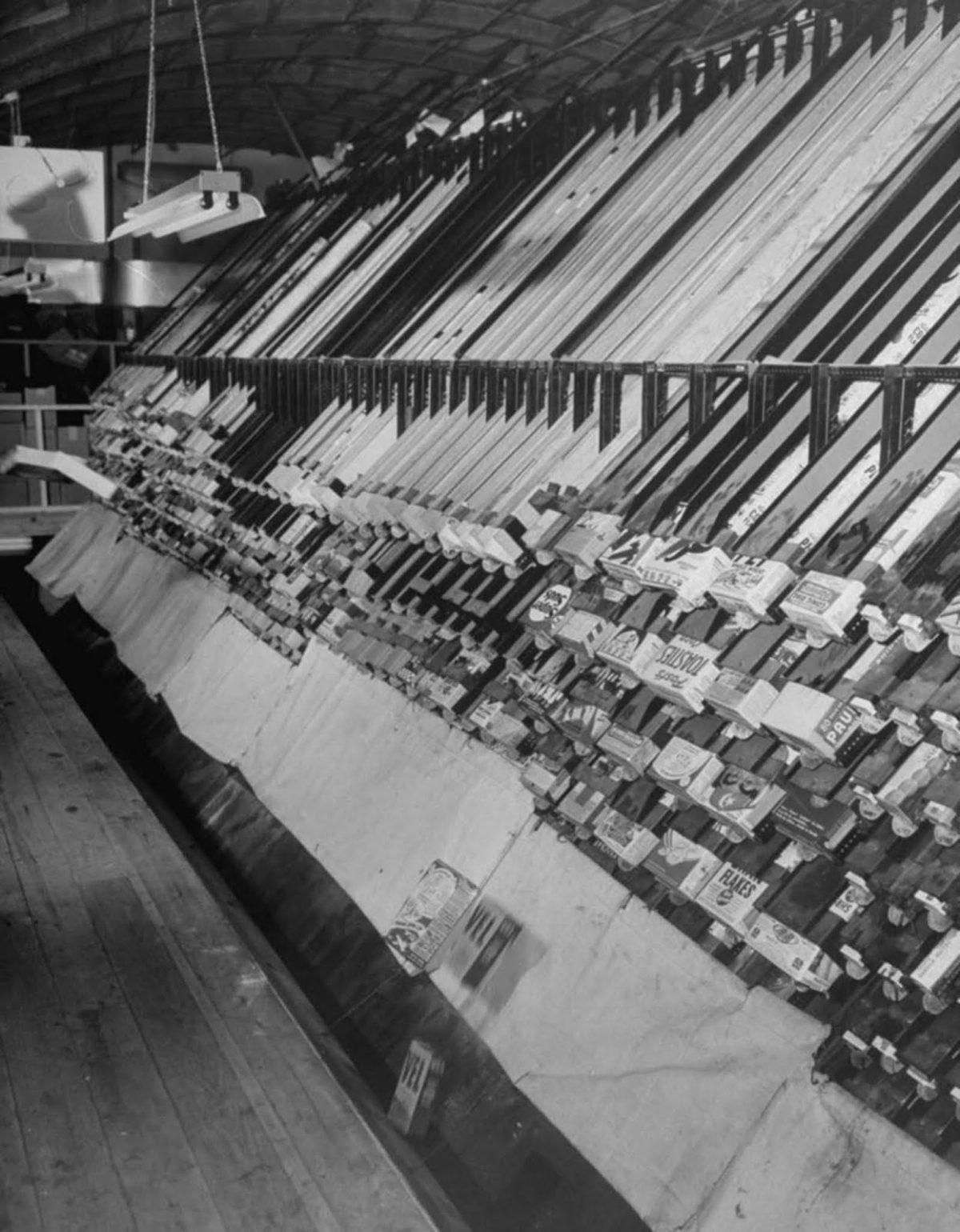 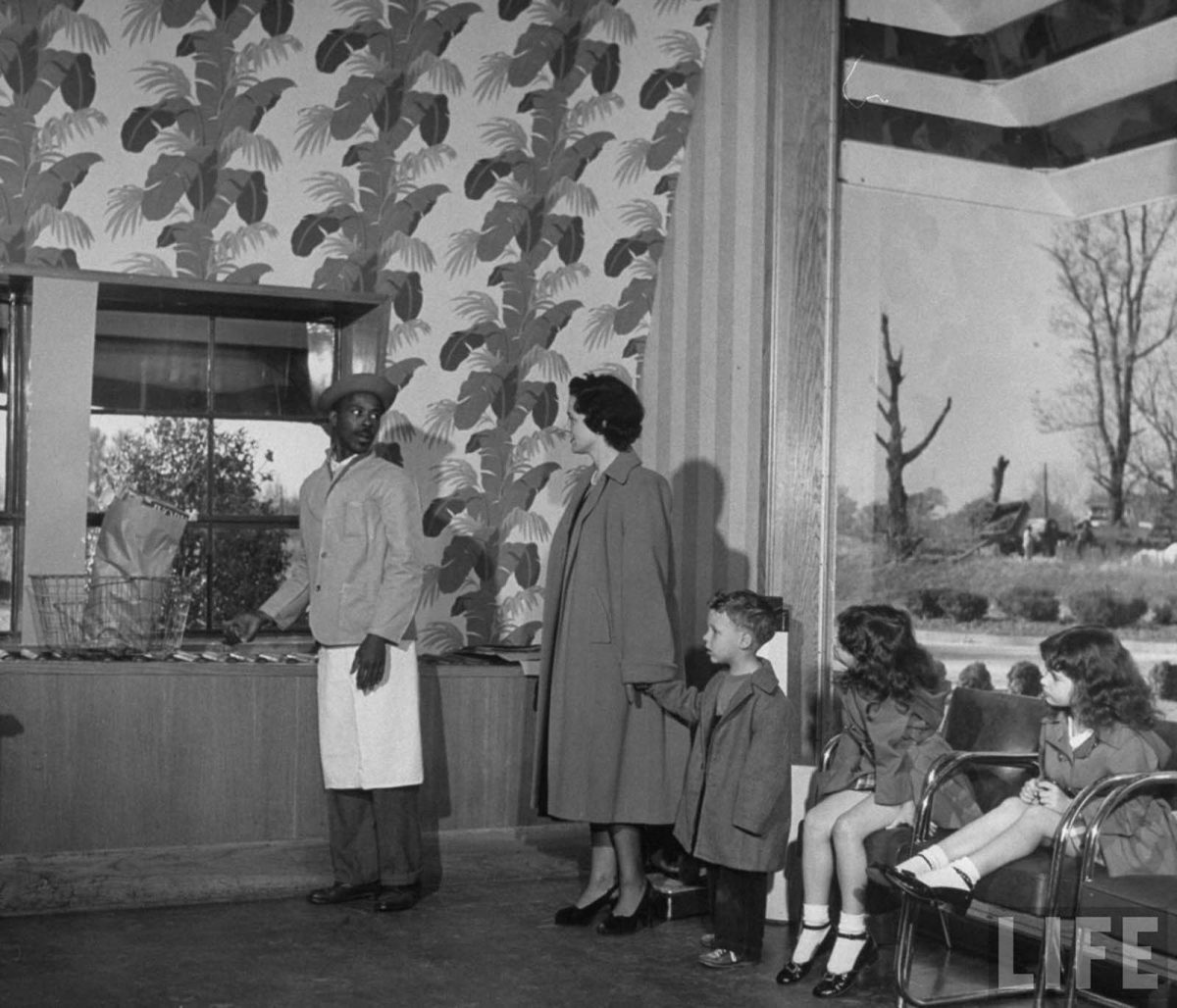 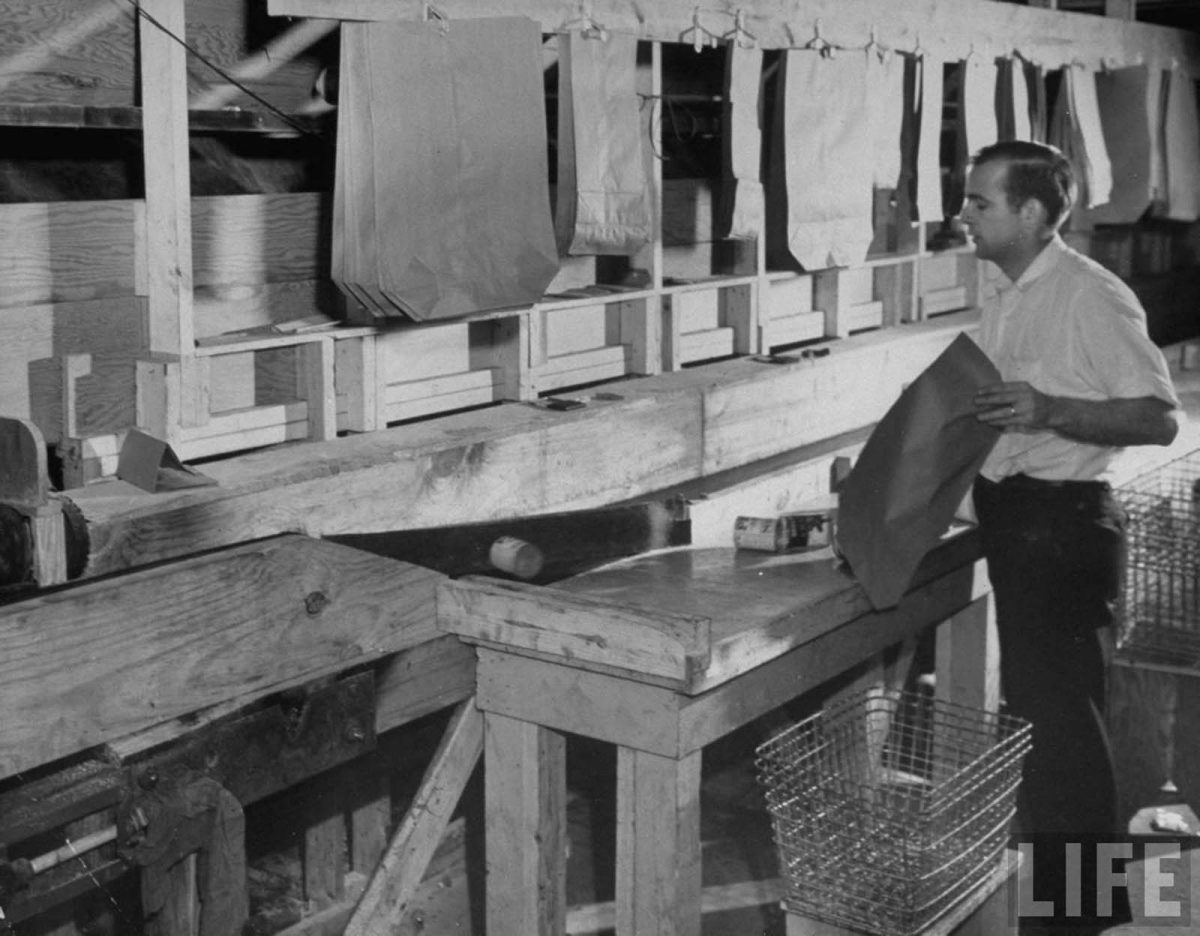 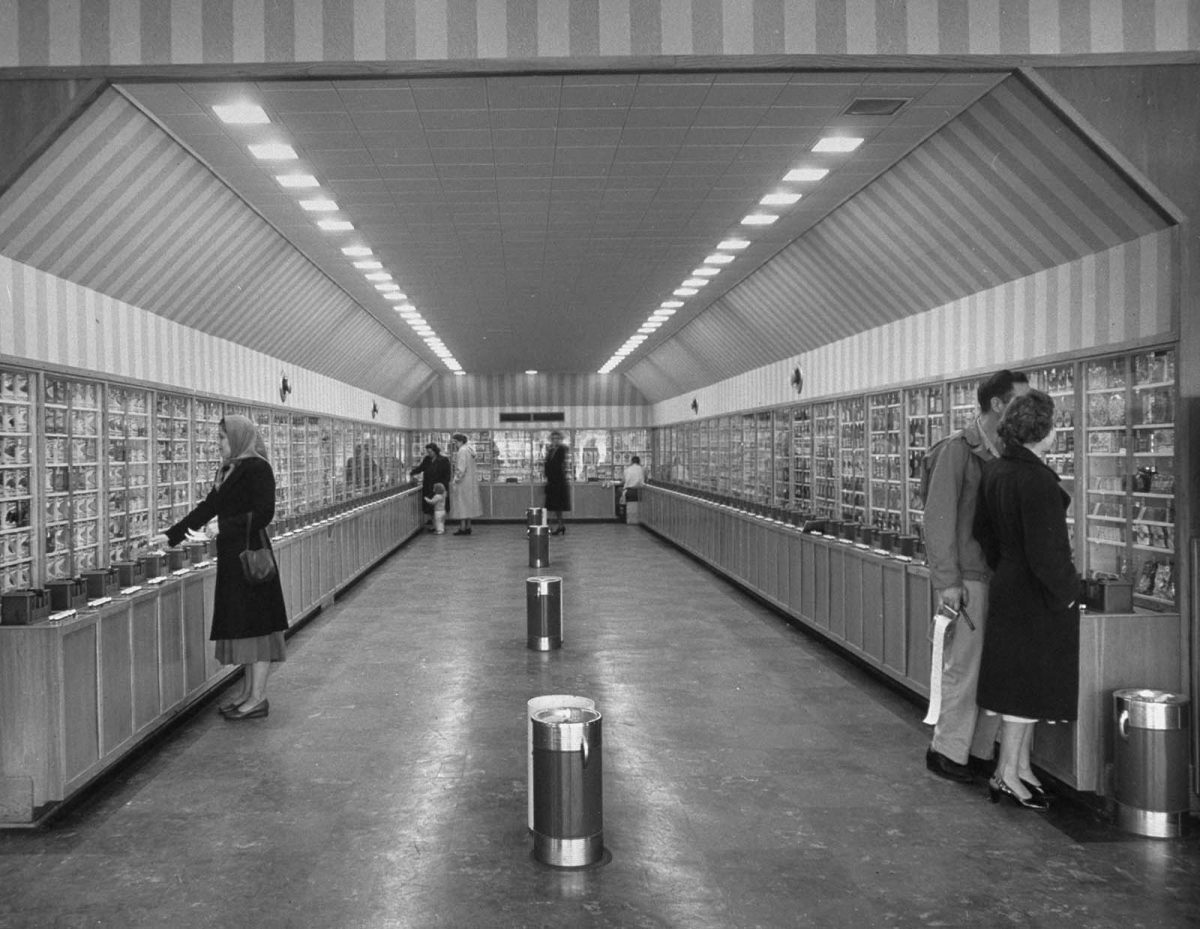 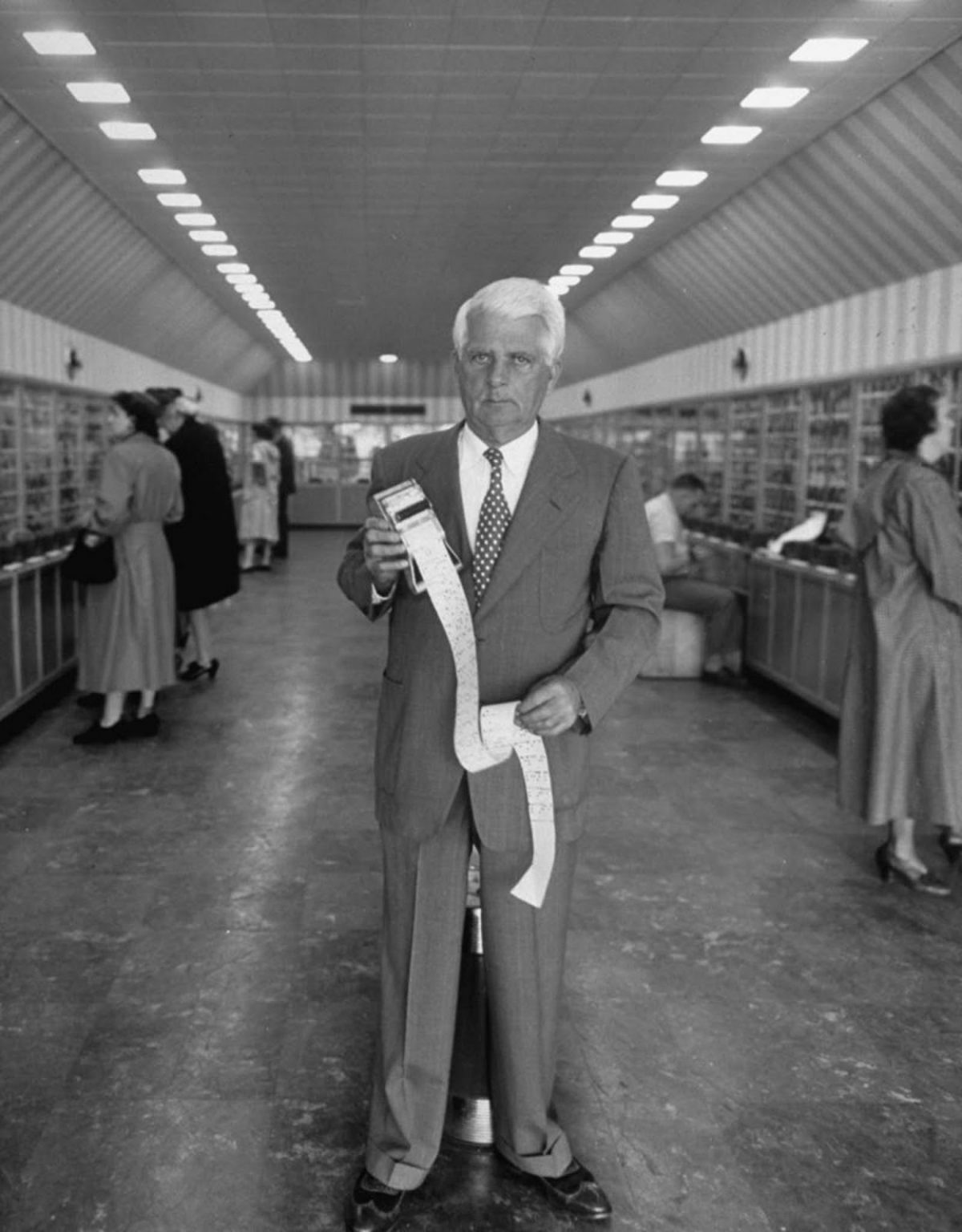