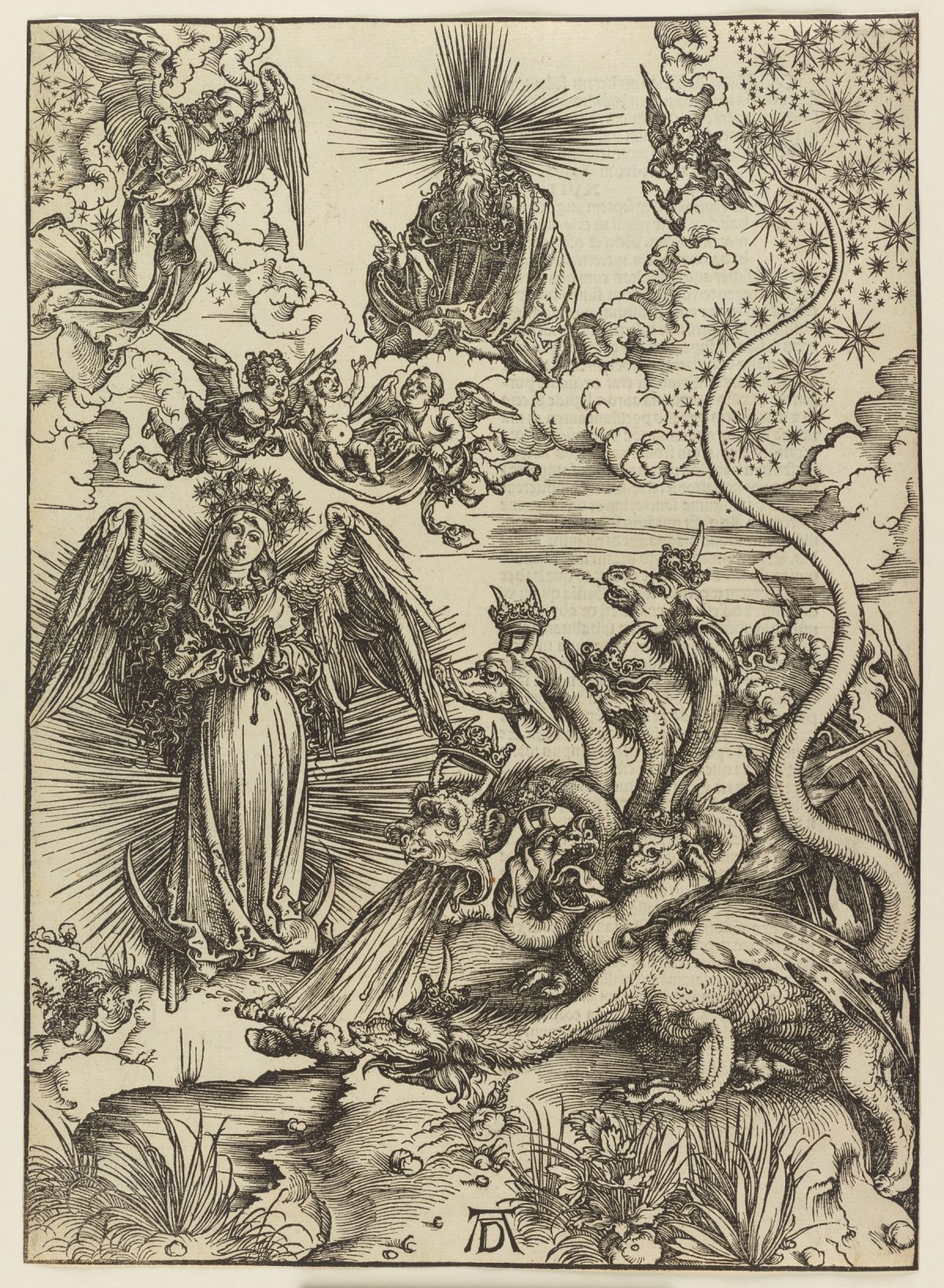 Woman of the Apocalypse.

It was the End of Days, or so it seemed.

1494, the artist Albrecht Dürer (1471-1528) travelled to Italy where he remained until the spring of 1495. He moved south to avoid the plague that was devastating his home city of Nuremberg. He spent most of his year in Italy studying and painting, inspired by the light, colours and landscape. This was a brighter world compared to the dark of the north.

But even in the light, there was dread, fear, and superstition.

The rise of the neighbouring Ottoman Empire instilled a terror of the Turks. For many Christians, this fear had merged with a belief the coming millennium 1500 would see the end of the world as foretold in Saint John’s Book of Revelation. This Apocalypse would not see the rise of an Anti-Christ but the Ottoman Empire invading and enslaving Christian Europe.

In Venice, Dürer started work on a series of woodcuts depicting the Apocalypse. He met with the artist Gentile Bellini who described his visit to the Court of Mehmed II, and discussed the customs and culture of the Ottomans. Bellini’s descriptions inspired Dürer to depict the evil forces of the Apocalypse as Turks.

In 1495, Dürer returned to Nuremberg. He continued working on his woodcuts. Carved in pear wood, Dürer produced fifteen woodcuts. He published these in a book with accompanying text from the Book of Revelation. 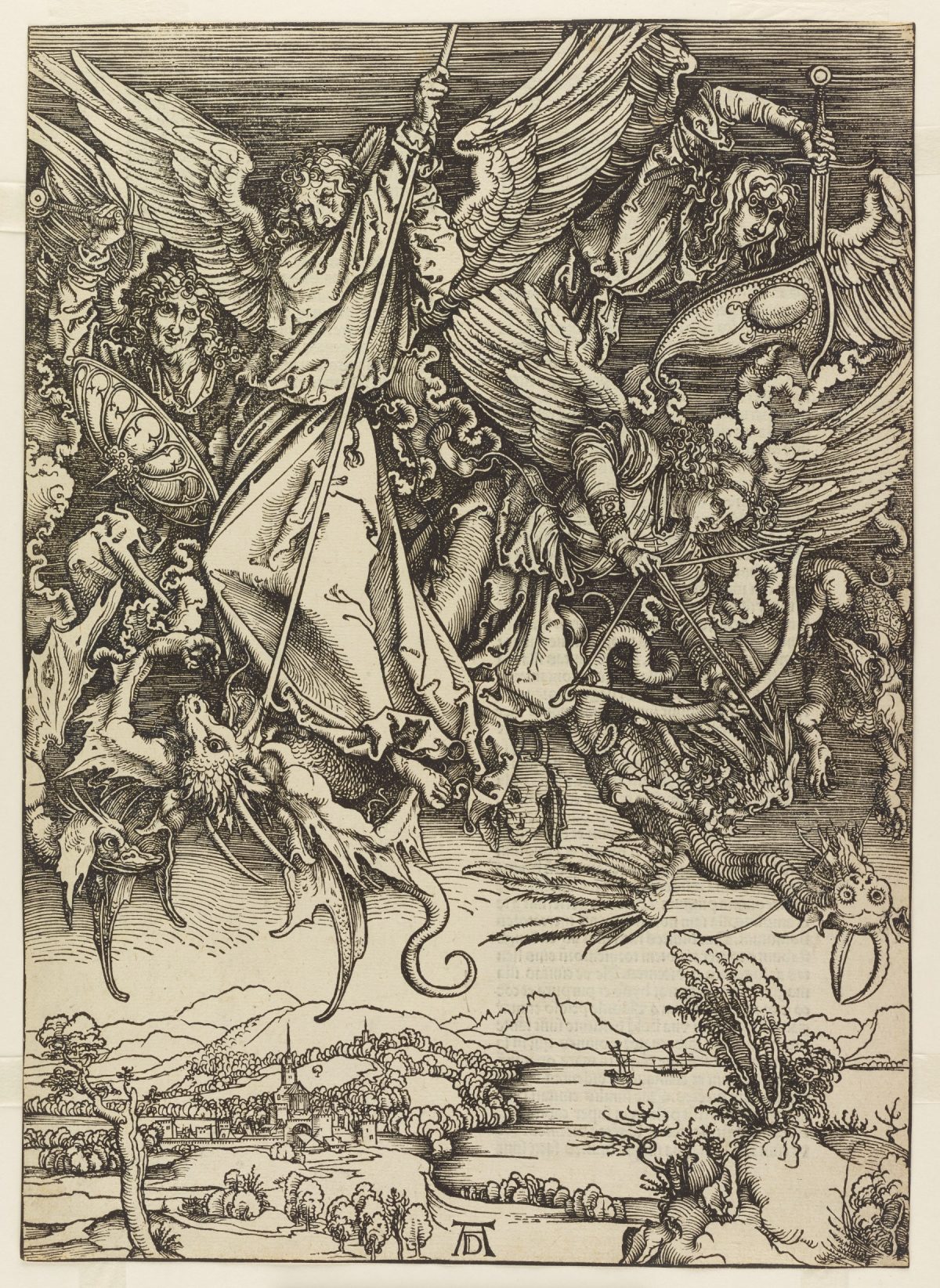 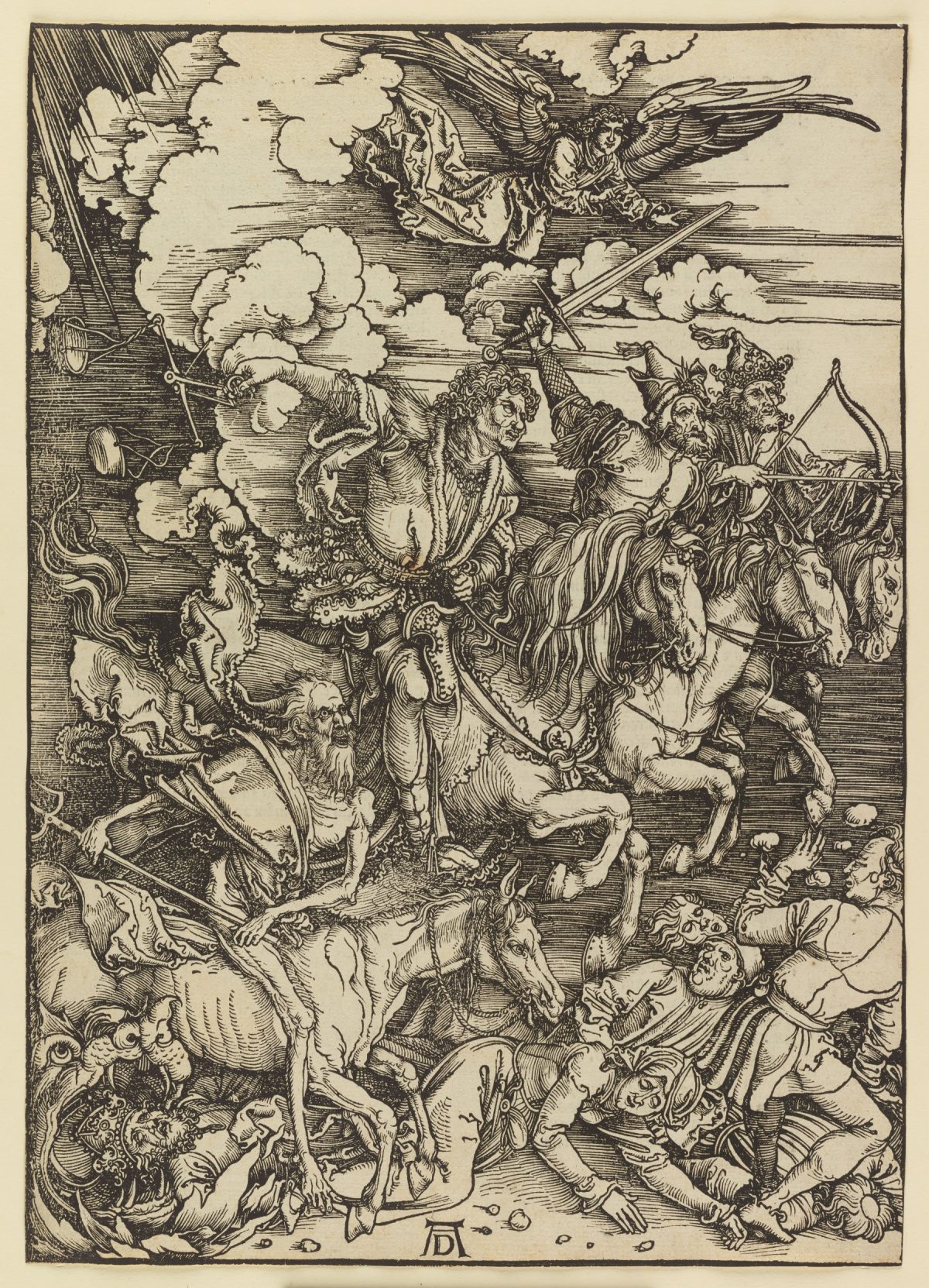 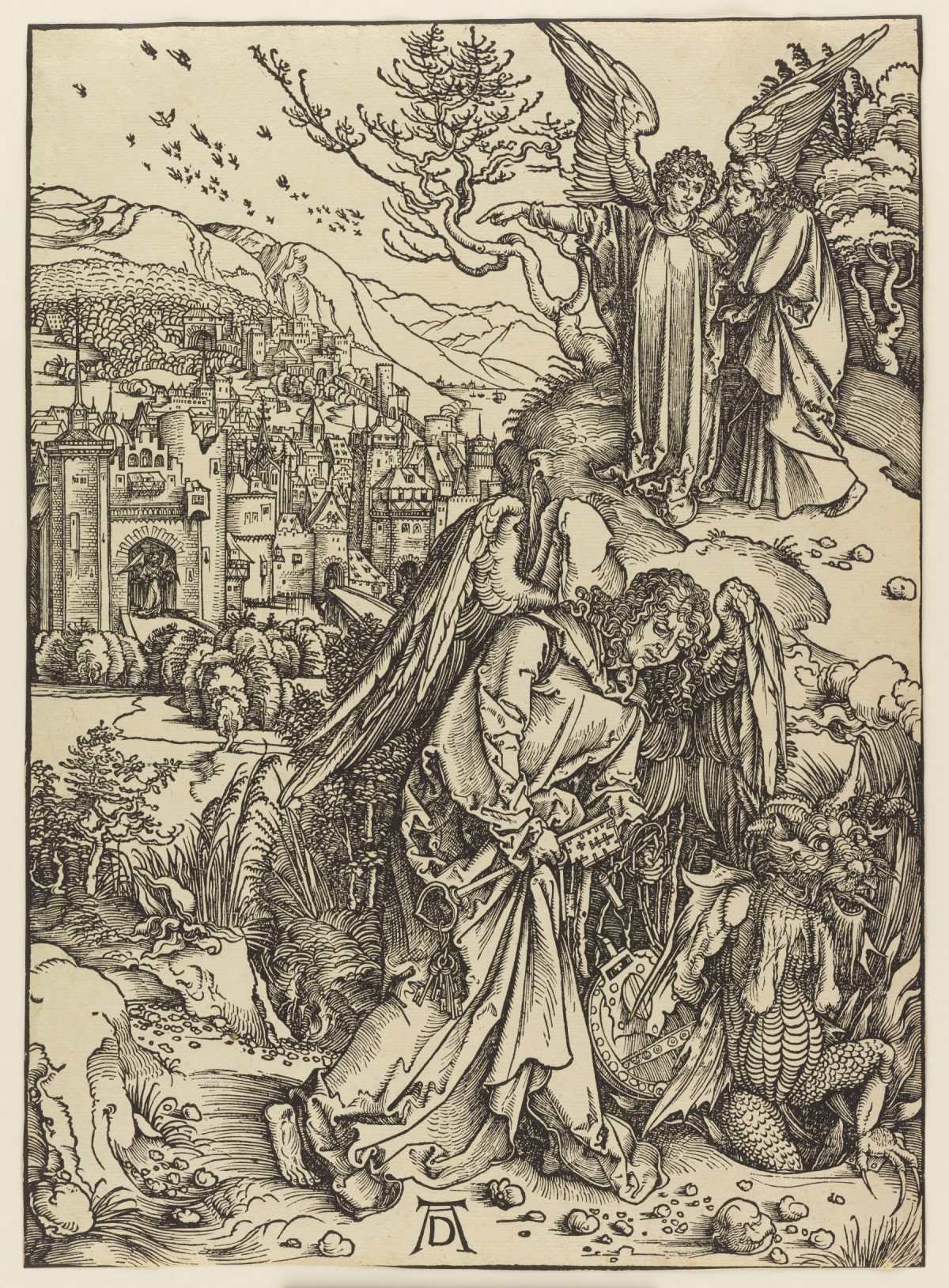 Angel with the Key of the Bottomless Pit. 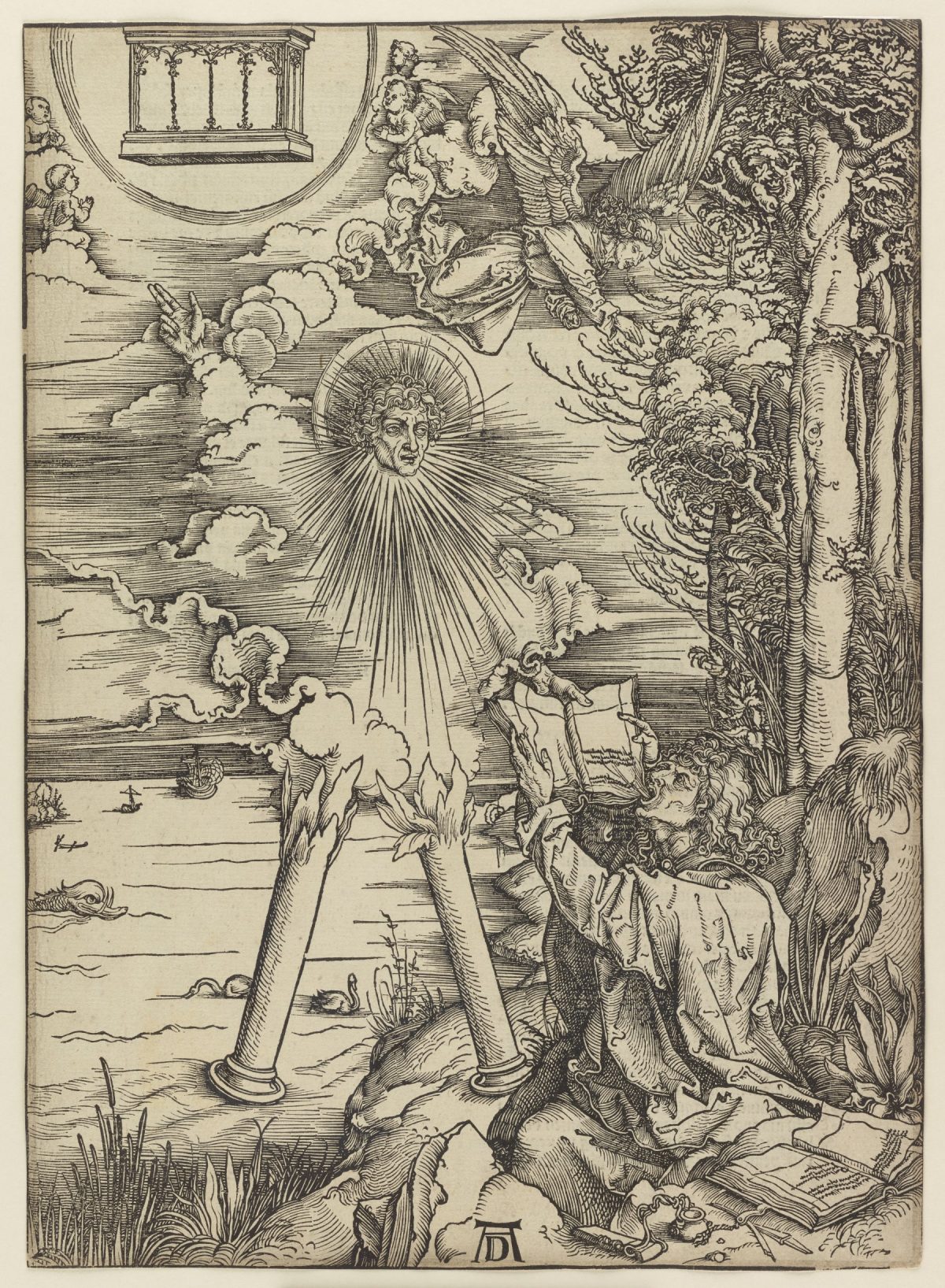 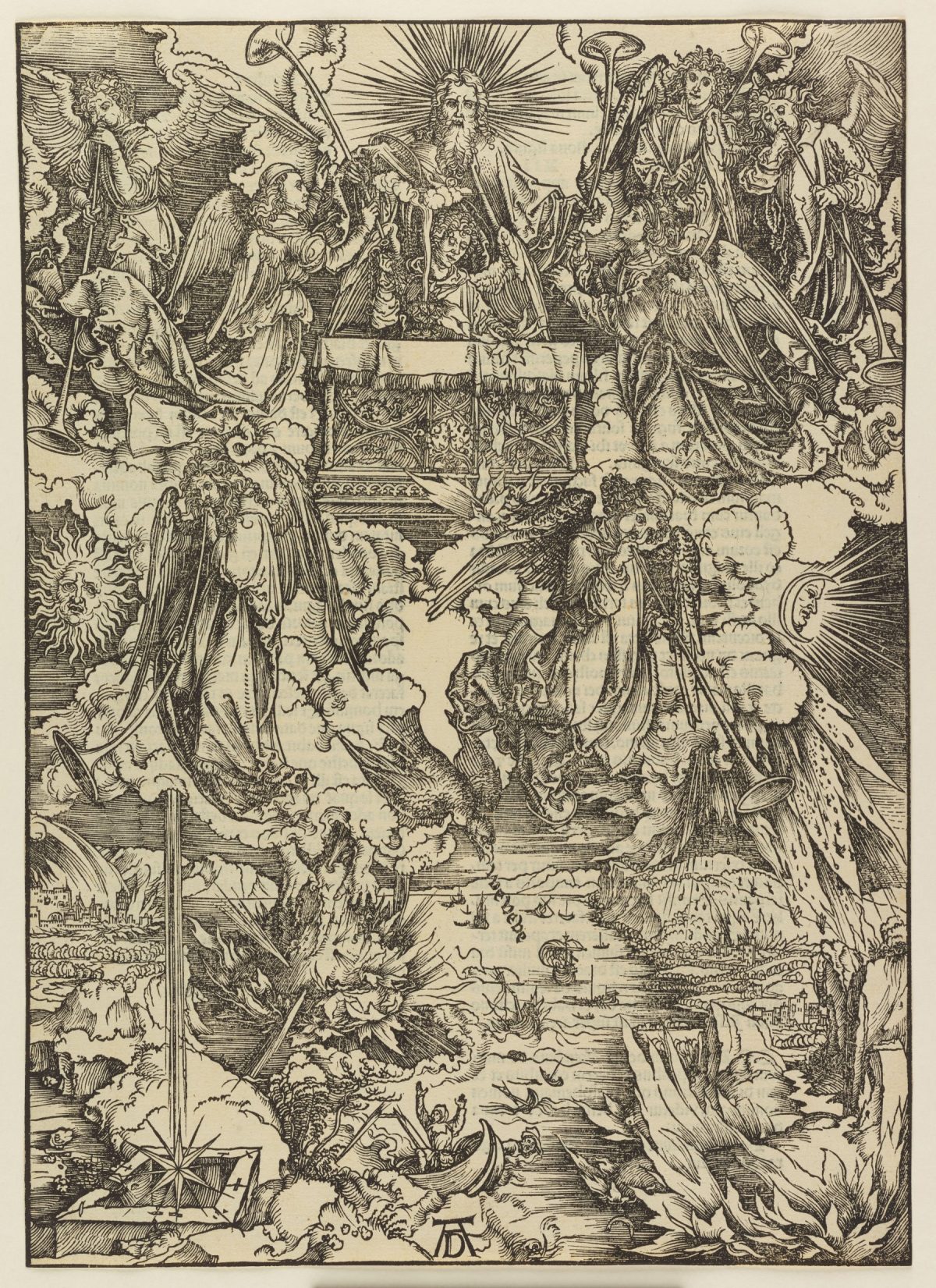 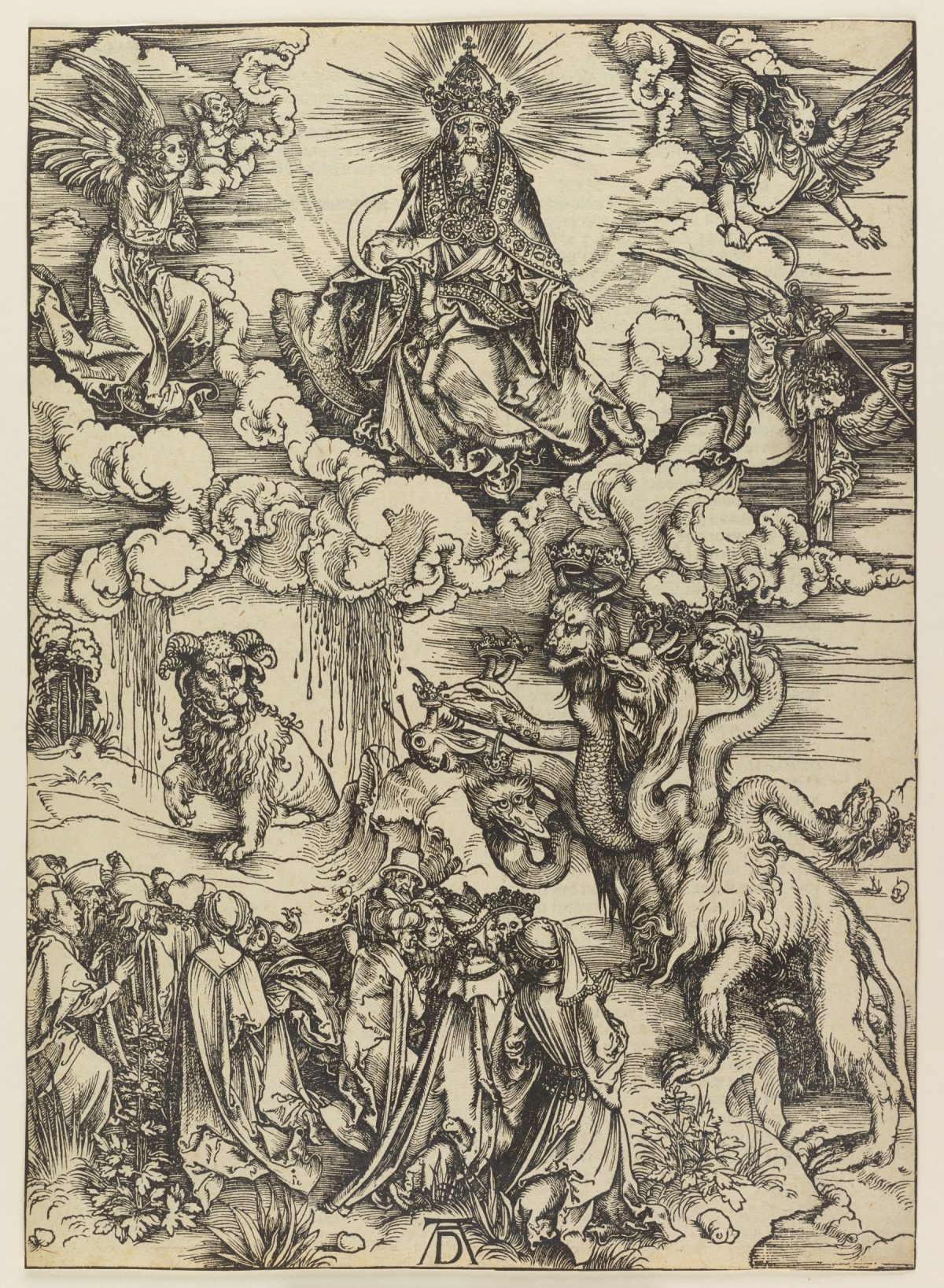 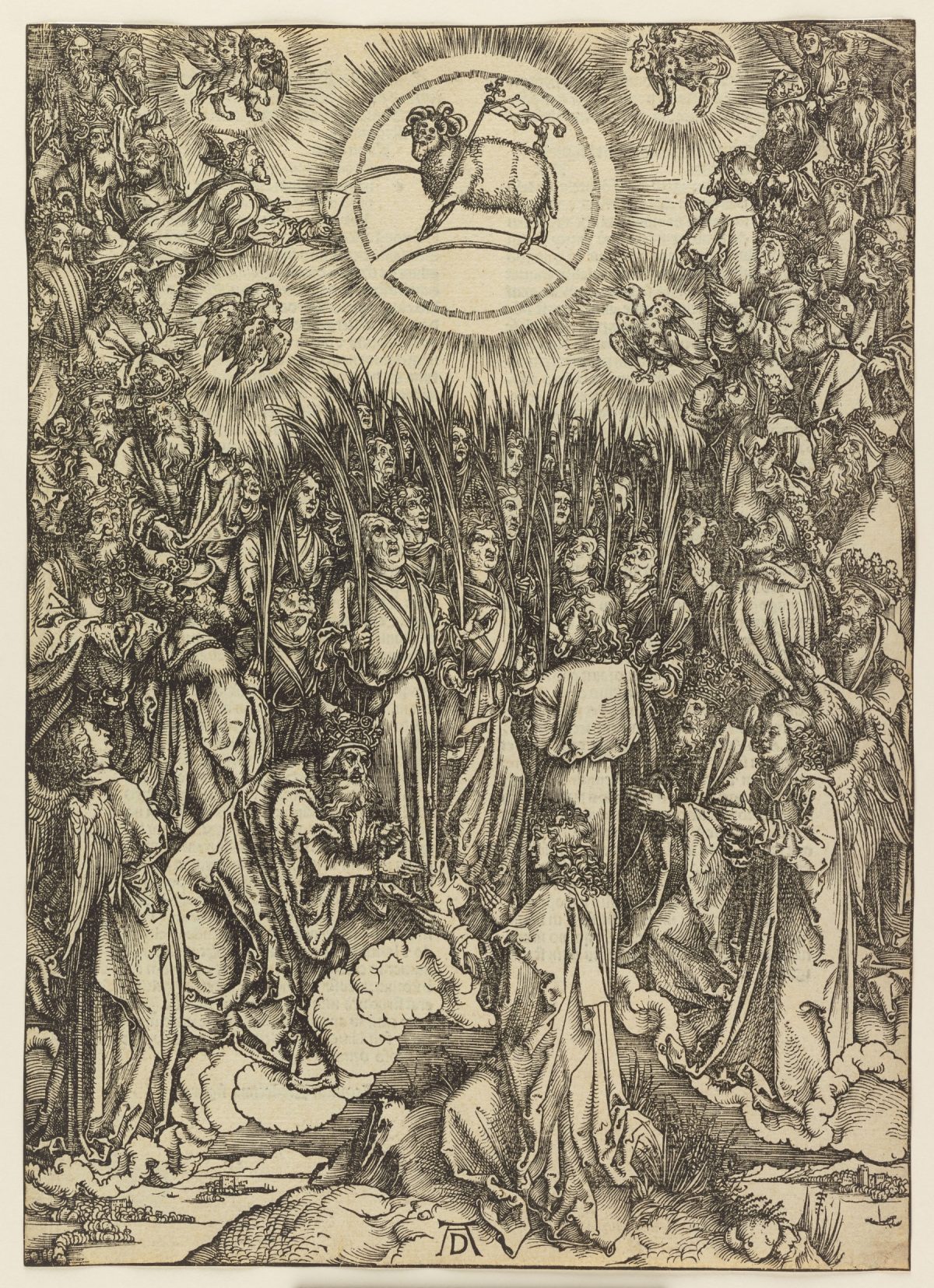 Adoration of the Lamb. 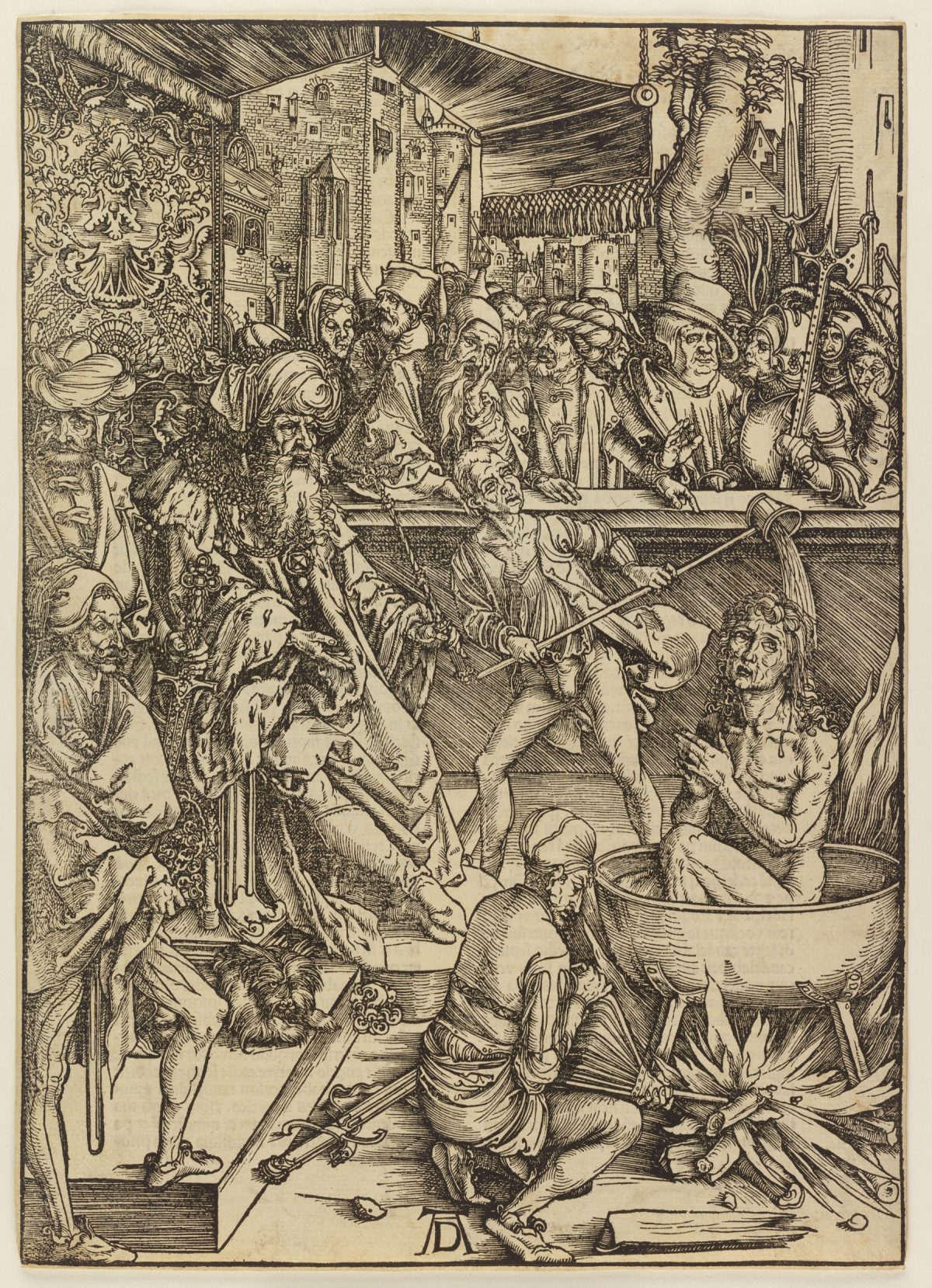 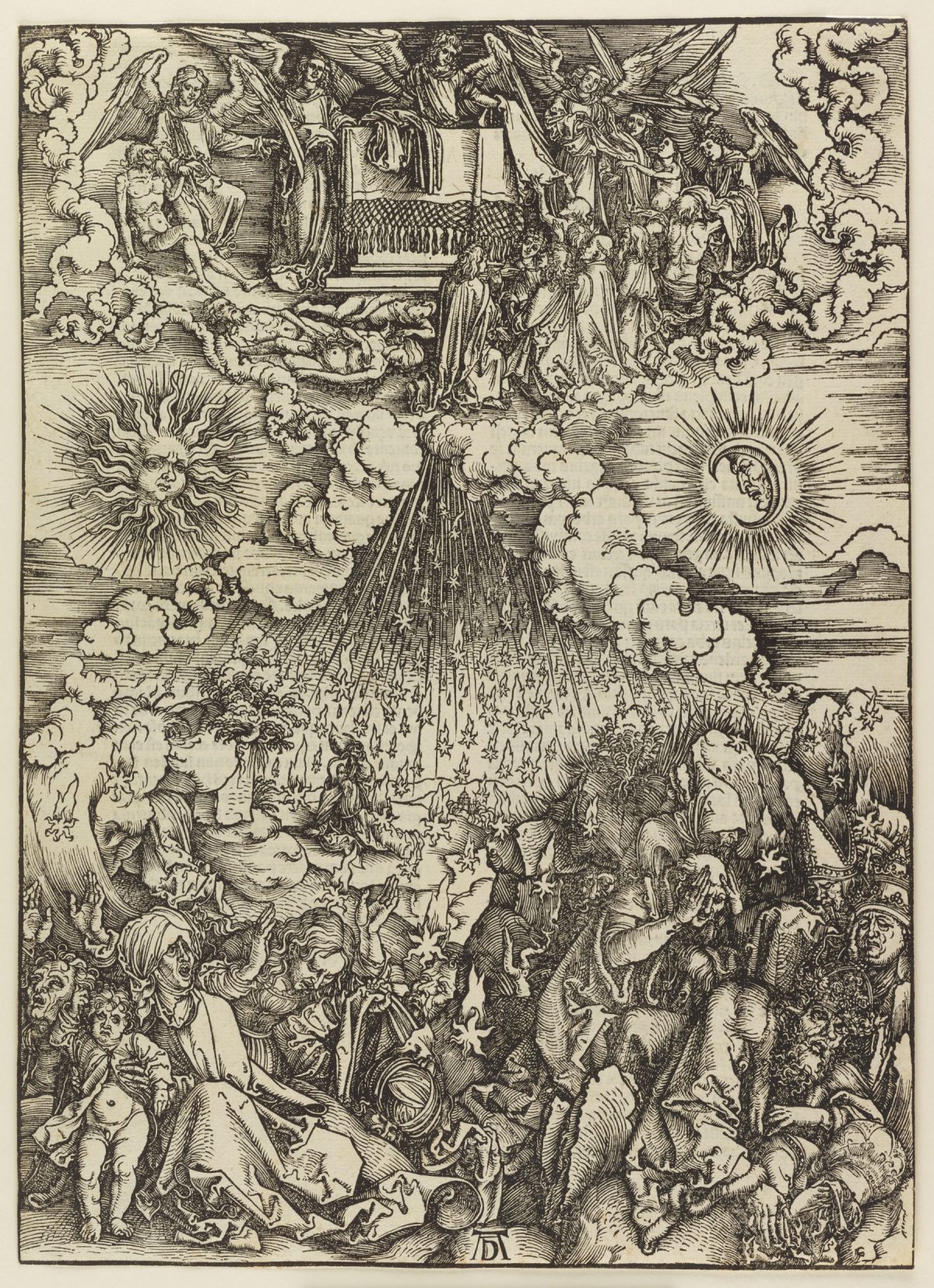 Opening of the Fifth and Sixth Seals. 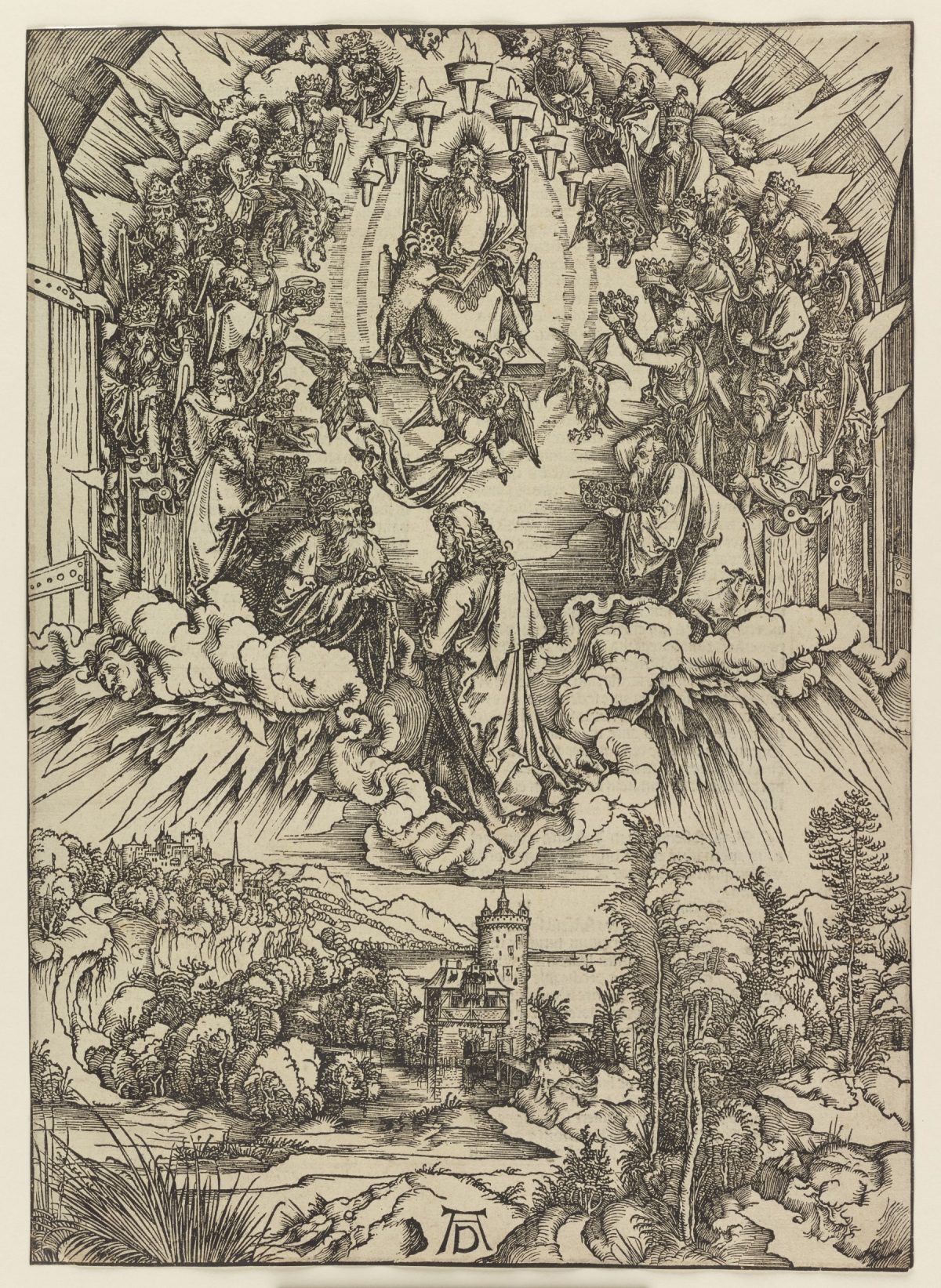 Saint John before God and the Elders. 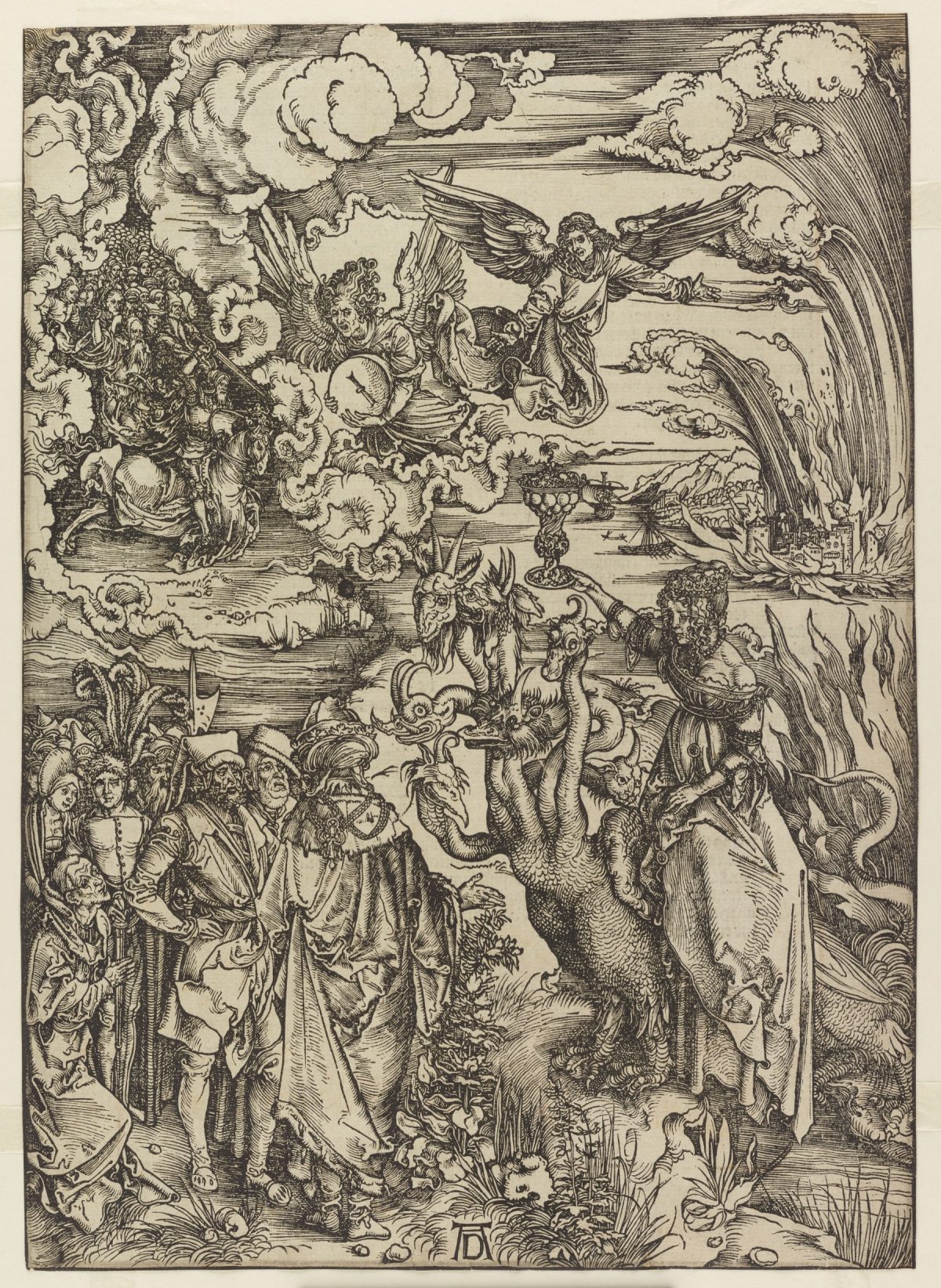 The Whore of Babylon. 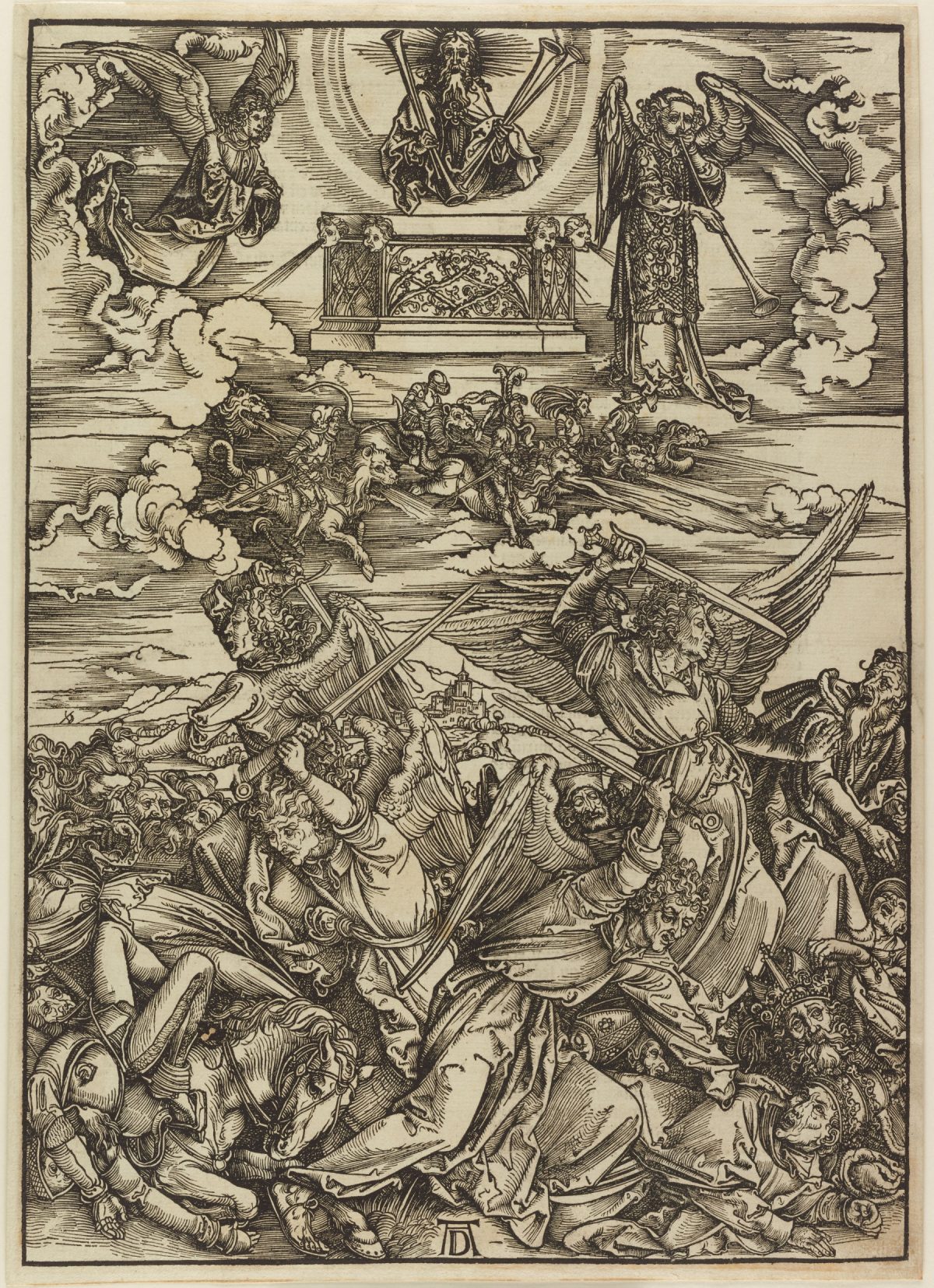 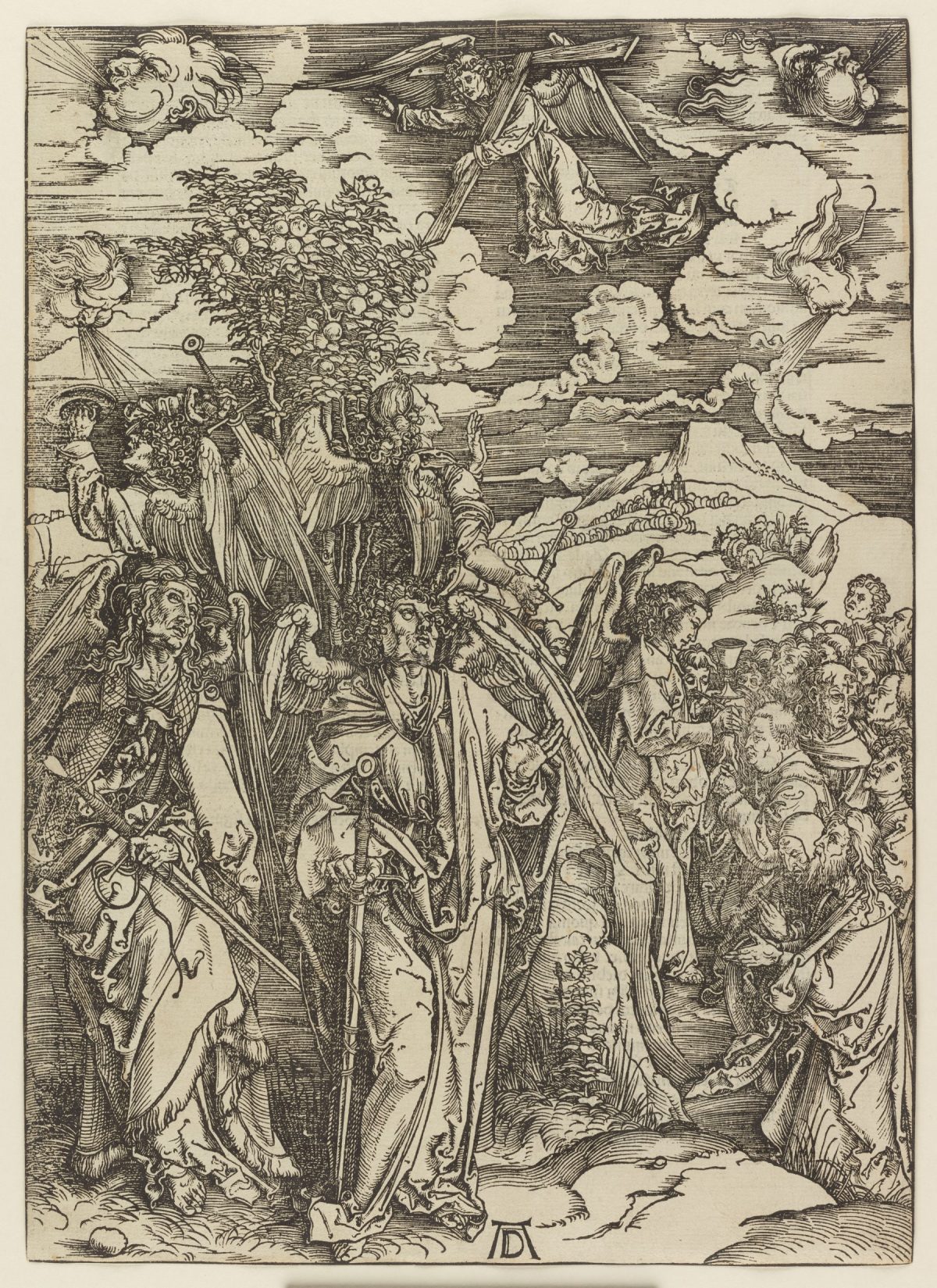 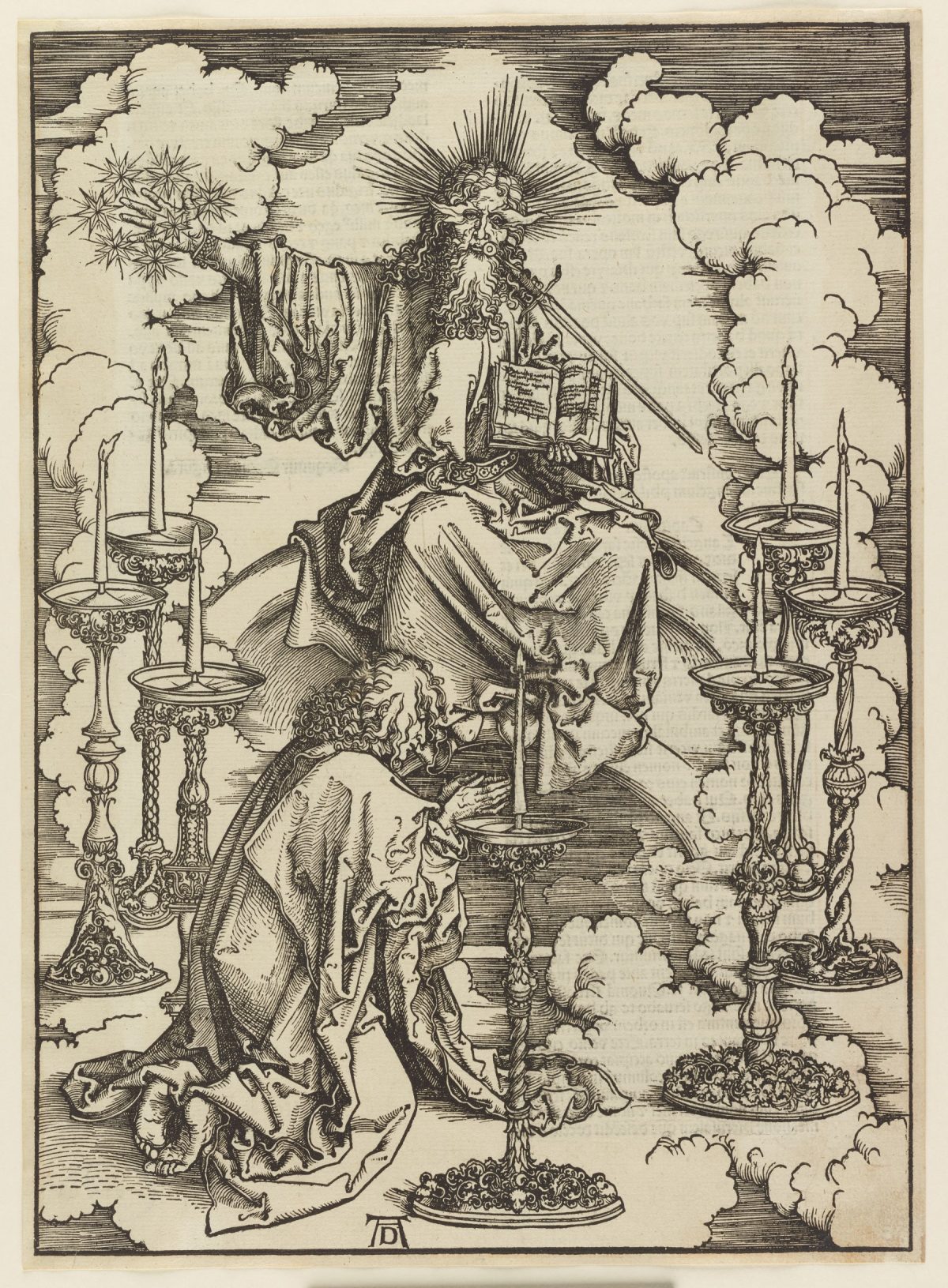