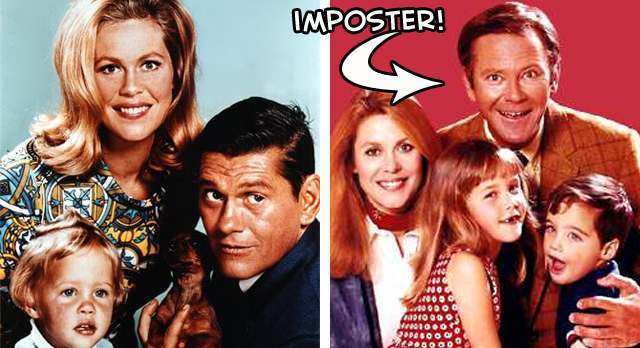 IT shouldn’t be a big deal when a familiar actor or actress is abruptly replaced on a TV show. Yet audiences are often unable to cope.  I suppose it’s due to the fact that a subconscious connection is often developed between audience and actors.  When, suddenly, an interloper appears in his or her place, all hell breaks loose.

The textbook example is Darrin from Bewitched: when Dick York was replaced by Dick Sargent audiences were left confused and disoriented.  What happened to Samantha’s husband?  Did she remarry, or did she magically transform his physical appearance?  What in the name of all that is holy is going on?!?

The problem is compounded when the original character was particularly beloved.  Audiences got used to the “New Darrin”, but sometimes the shoes are just too hard to fill.  Here are a few examples of when replacements had a particularly tough time filling in.  Television audiences are an unforgiving lot. 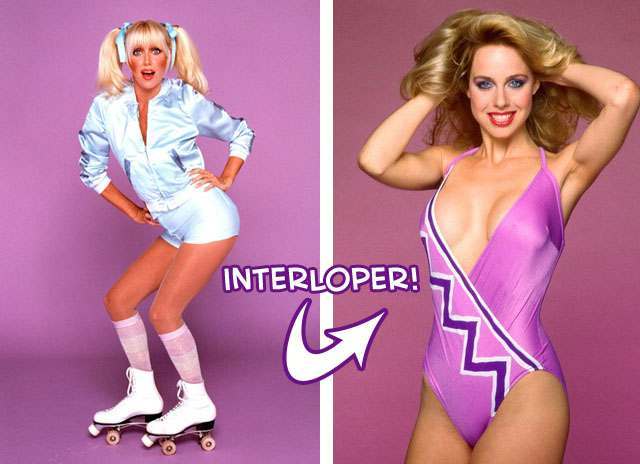 Somers, in a mad grab for cash, demanded more money and the network execs dropped her like a bad habit.  The very nature of the show demanded that there be a third roommate.  Enter Jenilee Harrison, a Los Angeles Rams cheerleader with no acting experience.  Not surprisingly, it was nothing short of an abject failure.  The following season, Jenilee was let go, and Priscilla Barnes (as Terri Alden) took over for the final seasons (1981-1984). Priscilla succeeded where Jenilee could not primarily because she didn’t play a similarly imbecilic character, but had a good head on her shoulders.  However, nothing ever captured the magic of Suzanne Somers – “jiggle TV” at its finest. 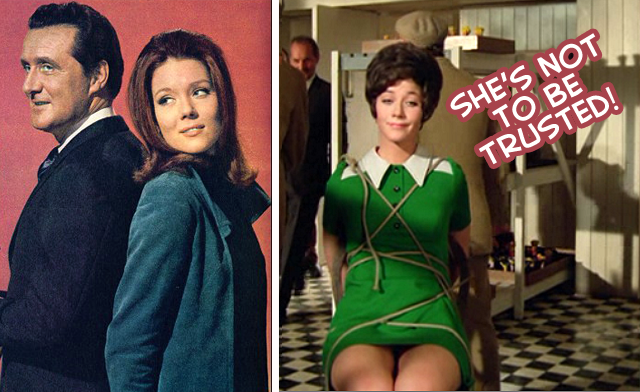 In season six of The Avengers, Linda Thorson replaced Diana Rigg (a replacement herself). It would prove to be the show’s last season. American audiences didn’t seem to care, and French audiences actually preferred the replacement; however, British viewers would have no part of the change.  Linda was roundly thrashed by the press as being a poor substitute – all looks and no brains, a damsel in distress rather than a strong heroine.

Some of the criticism was well-founded – Linda was very inexperienced as an actress and she got the part because she was the girlfriend of then-producer John Bryce.  However, I think it’s clear the criticism was pretty unfair.  Linda did a respectable job, and the show was already slipping before her arrival.  I’m not sure who could’ve replaced Rigg and saved it. The show failed because it became dependent on US audiences, and it was lined up against Laugh-In (a show which also killed Star Trek).

Finally, it should be noted that Season 6 was actually an IMPROVEMENT over the previous season. Few will argue that Rigg’s last season was lame – it was becoming a spoof like Batman. In the final season, things started to get back to being serious. 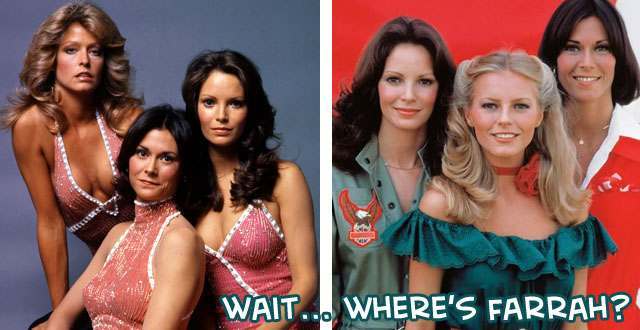 It’s hard to comprehend what a phenomenon Farrah had become after her single season on Charlie’s Angles.  Her shoes were impossible to fill, and it’s a testament to the likeability of Cheryl Ladd that the show survived.  Far from being mortally wounded, the show strolled along for four more seasons…. but it just wasn’t the same.  Even though Farrah was only there for the first season, when you think of Charlie’s Angels, you think of the Farrah year.

Certainly, there were other shows which lost a star but kept on truckin’:  Welcome Back, Kotter lost Vinnie Barbarino (John Travolta), Alice lost Flo (Polly Holliday), M*A*S*H lost Trapper John (Wayne Rogers) and Lt. Colonel Henry Blake (McLean Stephenson), etc.   However, those were shows that lost actors and actresses.  Charlie’s Angels was a show that lost an icon.

CHICO AND THE MAN 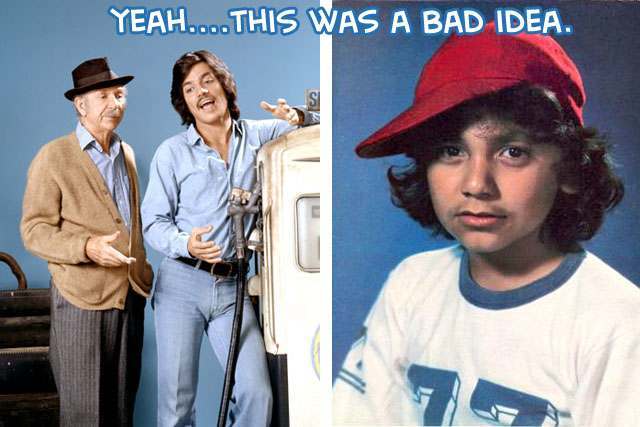 I will go on record and say that Freddie Prinze is among the top five stand-up comedians of all time.  You’re certainly free to disagree, but there was just something truly special about his presence on stage.  None of the jaded, cynical, self-deprecating stuff we come to expect from today’s comics.  His was pure optimism and energy… which makes his 1977 suicide all the more unfathomable.

One thing I think we can all agree on is that Chico & the Man should have ended with Prinze’s death.  The very notion that they would try and keep the sitcom rolling blows the mind.  Poor Gabriel Melgar, recruited to fill the void, simply never had a chance.  It was an awful idea that ended with predictable results – abysmal ratings and cancellation.

THE DUKES OF HAZZARD 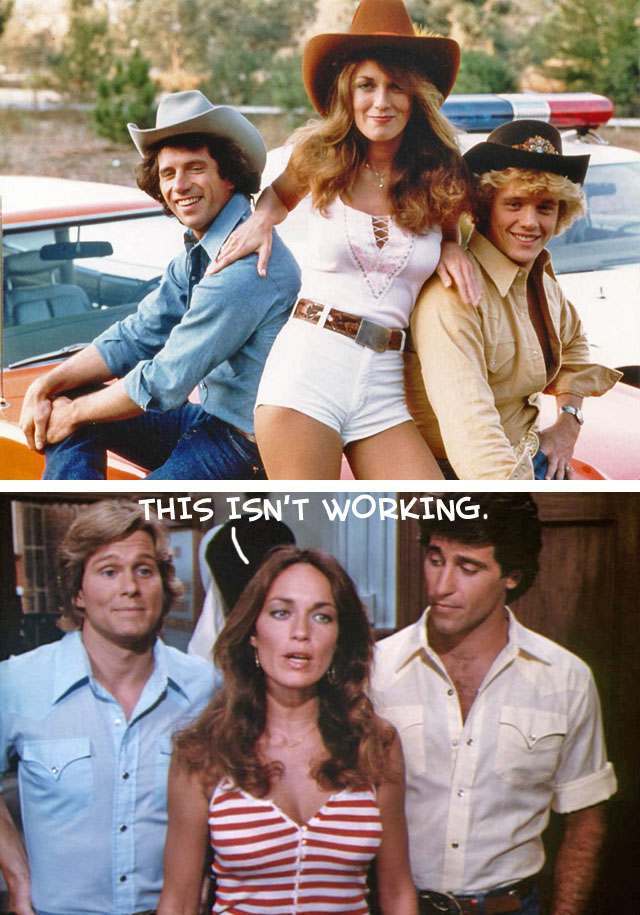 Dukes of Hazzard audiences tuned in to the new 1982 season only to find their beloved Bo and Luke Duke replaced by obvious clones.  Schneider and Wopat had refused to come to the set, demanding more money.  In response, the network replaced them with two guys that looked suspiciously similar.  Audiences didn’t fall for the ploy, and so Schneider and Wopat got the contracts they wanted and returned.

In the end, the series wasn’t significantly impacted by this bizarre interlude.   However, when it was all over, viewers were left scratching their head, wondering what the hell just happened.