Alpha Beta (1917-1995) was chain of supermarkets in the United States. These 1974 snapshots are of the Alpha Beta store on Tustin Ave., Santa Ana. The chain, founded by Albert and Hugh Gerrard, was so named because groceries were organized in alphabetical order. The bacon was next to the baking soda. The rat poison was next to the radishes.

Shoppers no longer needed clerks to direct them to products. A simple working knowledge of the alphabet was all they needed. “If your child knows the alphabet, he can shop at Alpha Beta,” rans an Alpha Beta advertising slogan.

Self service ruled. As the sign in the first store said: “We know you will like our system – Wait on yourself, No Clerk.” Shoppers were encouraged to browse the maze – one way in and one way out. This novel layout would reduce staffing costs and encourage the customer to look at things they didn’t consider buying. 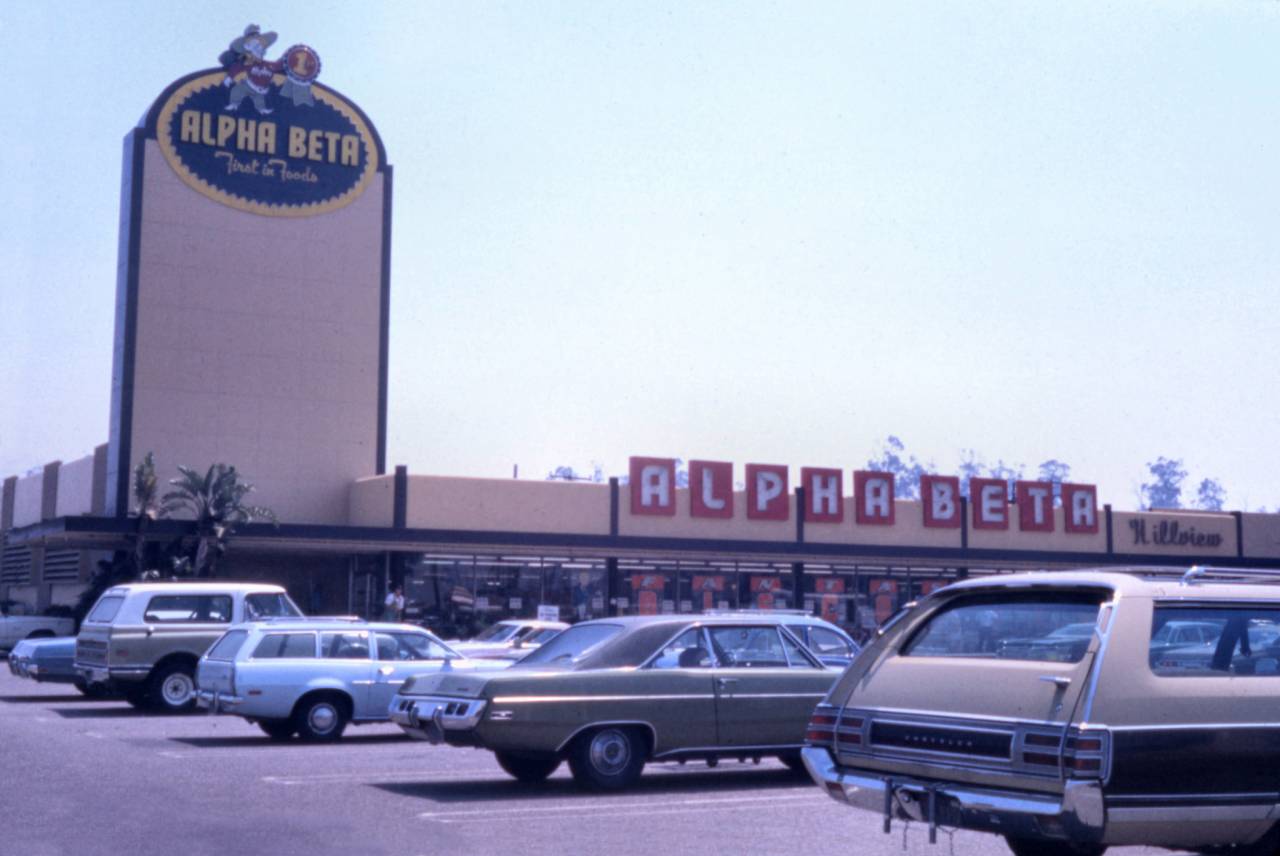 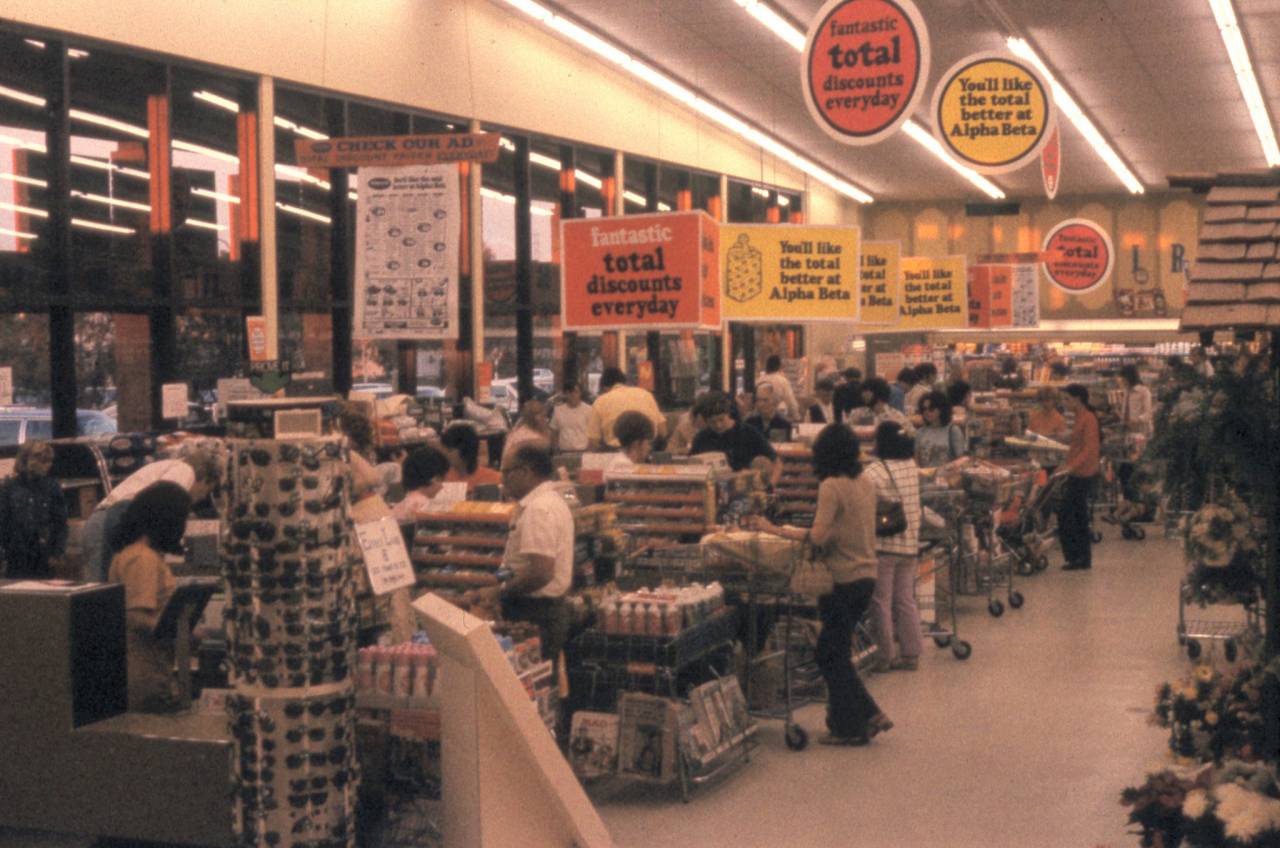 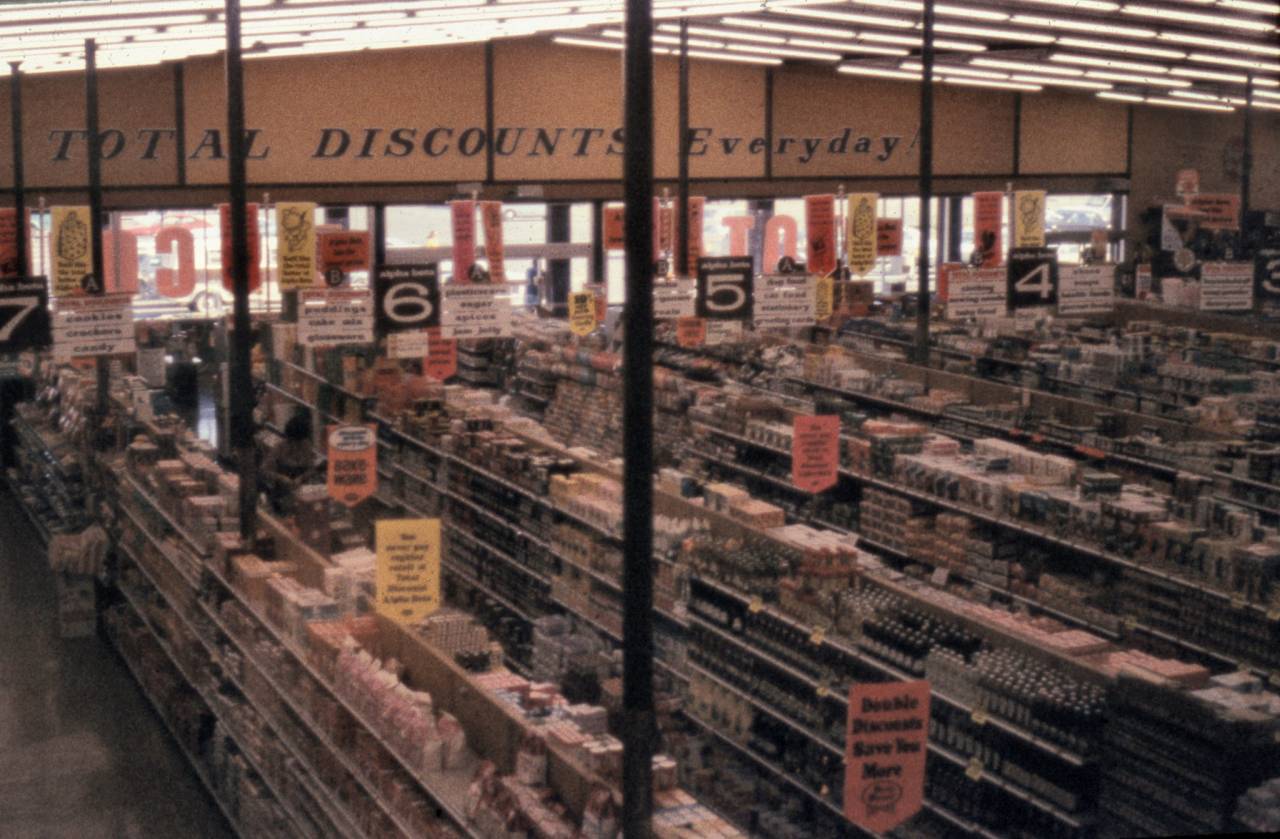 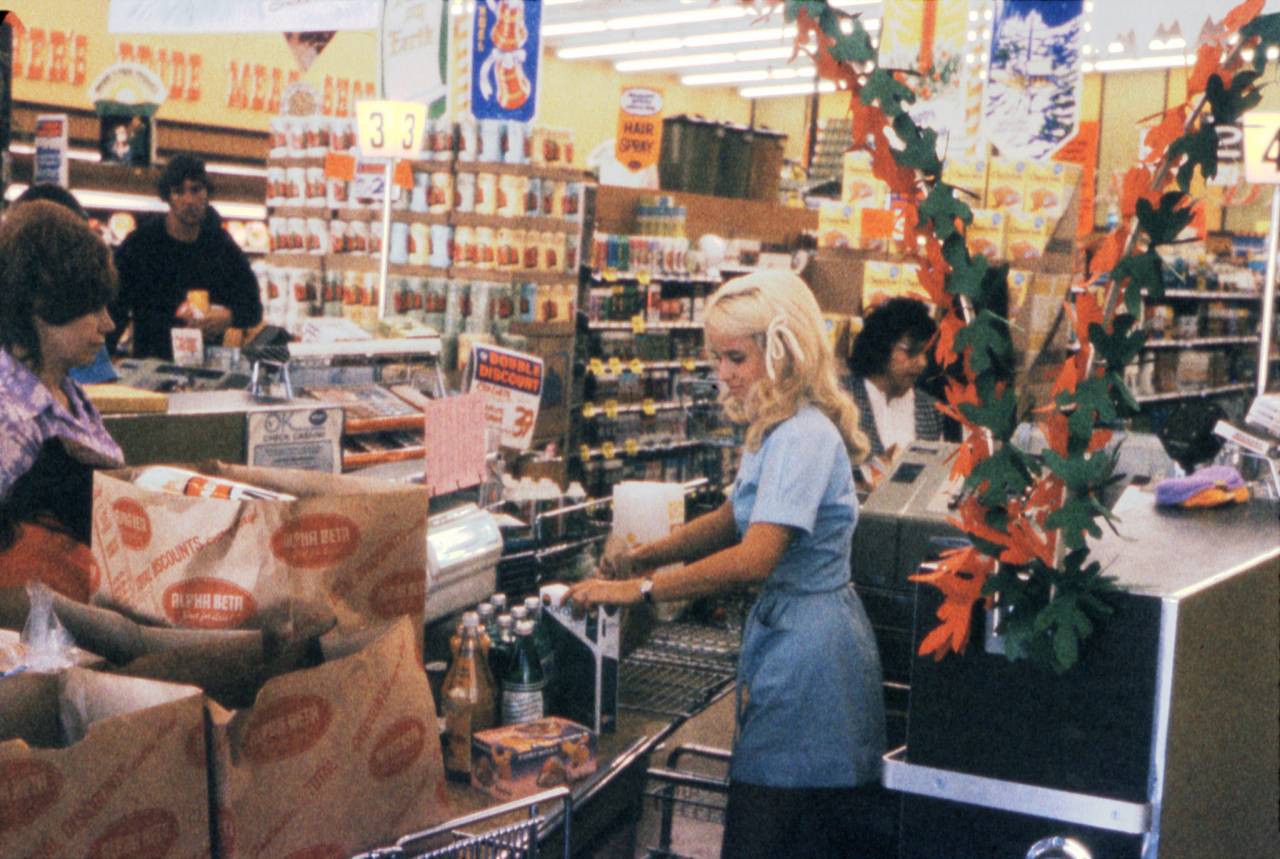 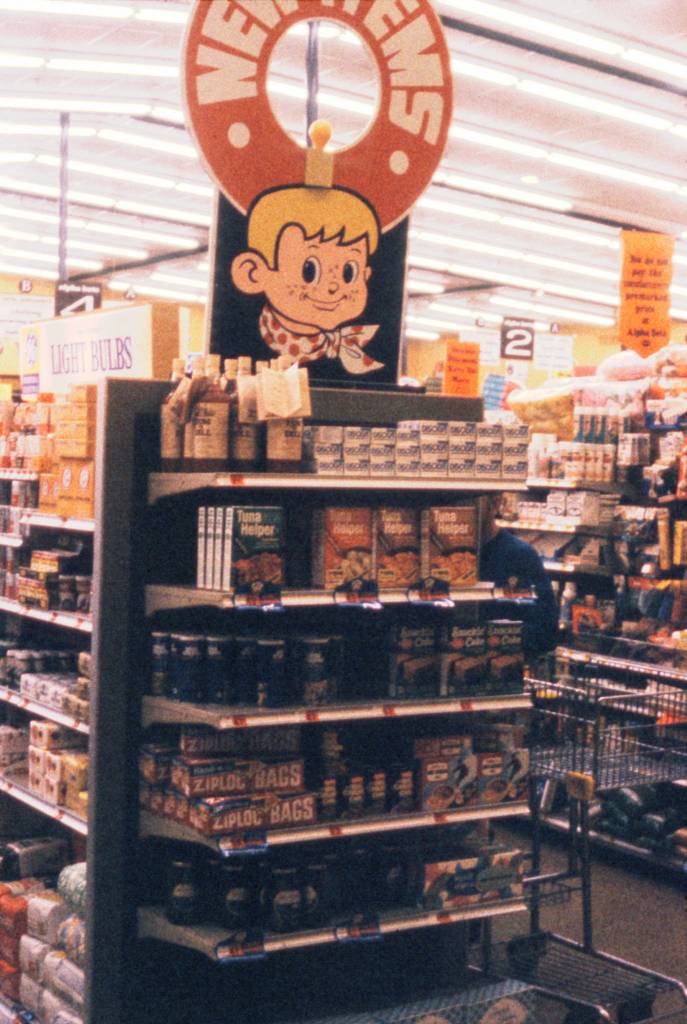