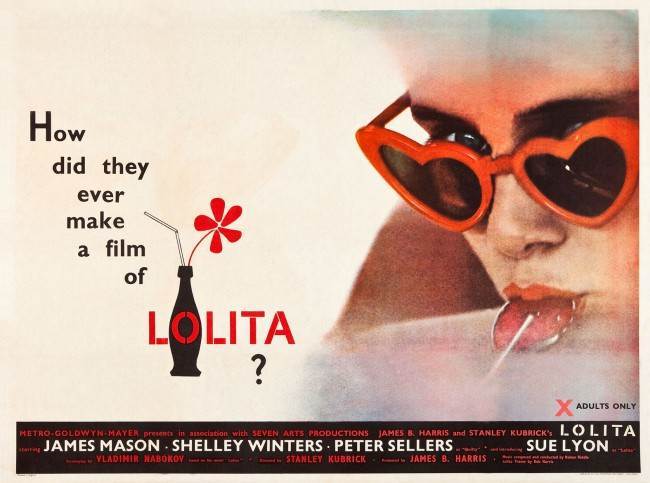 In 1962, you could get hold of these Lobby CArds advertising the Stanley Kubrick’s film version of  Vladimir Nabokov’s Lolita. 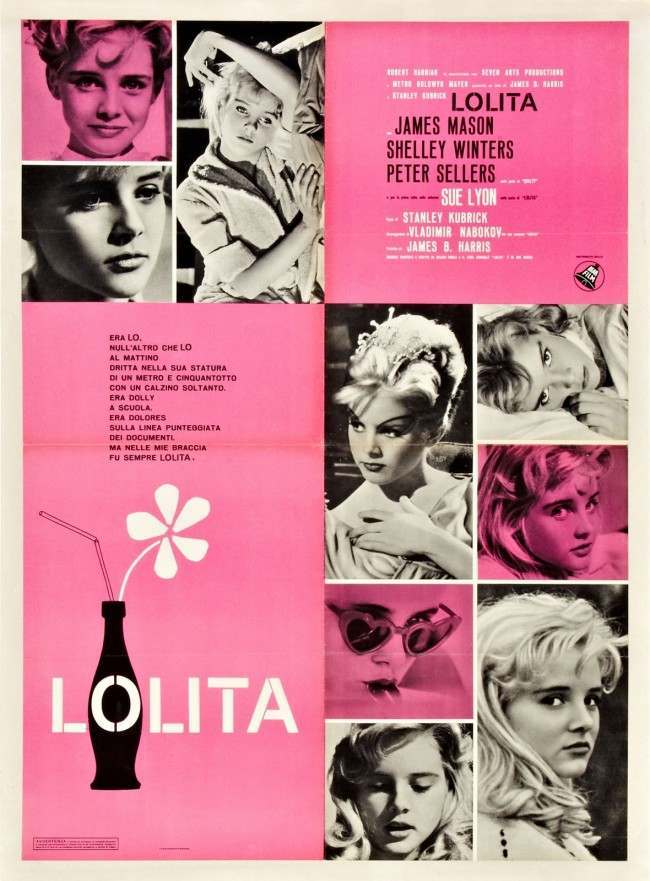 The book was – is – controversial. A December 1953 review of the manuscript opined:

“It is overwhelmingly nauseating, even to an enlightened Freudian. To the public, it will be revolting. It will not sell, and will do immeasurable harm to a growing reputation… I recommend that it be buried under a stone for a thousand years.”

The plot is about middle-aged Humbert Humbert’s obsession for twelve-year old Dolores Haze. 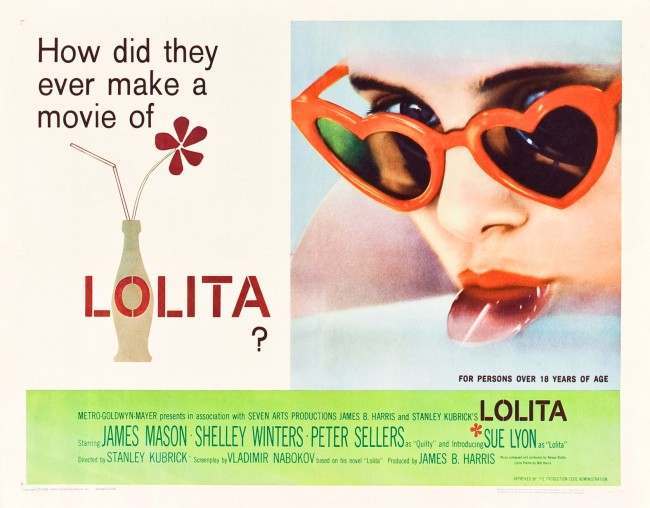 Not that the writer admired Freud:

“I think he’s crude, I think he’s medieval, and I don’t want an elderly gentleman from Vienna with an umbrella inflicting his dreams upon me. I don’t have the dreams that he discusses in his books, I don’t see umbrellas in my dreams or balloons.”). 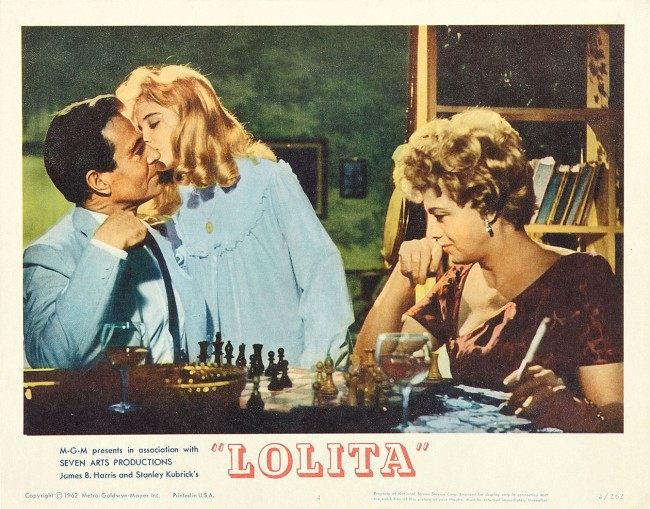 Lolita, light of my life, fire of my loins. My sin, my soul. Lo-lee-ta: the tip of the tongue taking a trip of three steps down the palate to tap, at three, on the teeth. Lo. Lee. Ta. 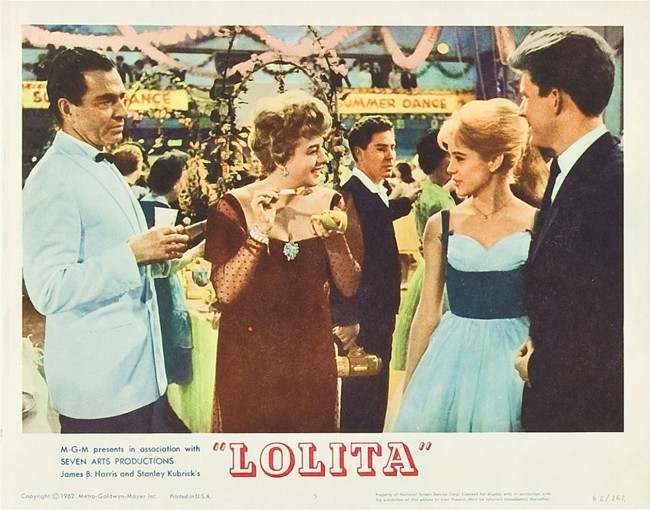 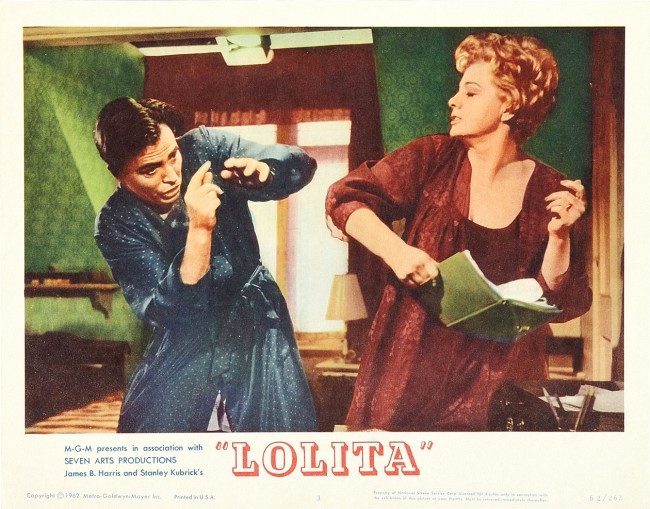 I discussed this approach with Nabokov at the very outset, and he liked it. One of the basic problems with the book, and with the film even in its modified form, is that the main narrative interest boils down to the question “Will Humbert get Lolita into bed?” And you find in the book that, despite the brilliant writing, the second half has a drop in narrative interest after he does. We wanted to avoid this problem in the film, and Nabokov and I agreed that if we had Humbert shoot Quilty without explanation at the beginning, then throughout the film the audience would wonder what Quilty was up to. Of course, you obviously sacrifice a great ending by opening with Quilty’s murder, but I felt it served a worthwhile purpose. 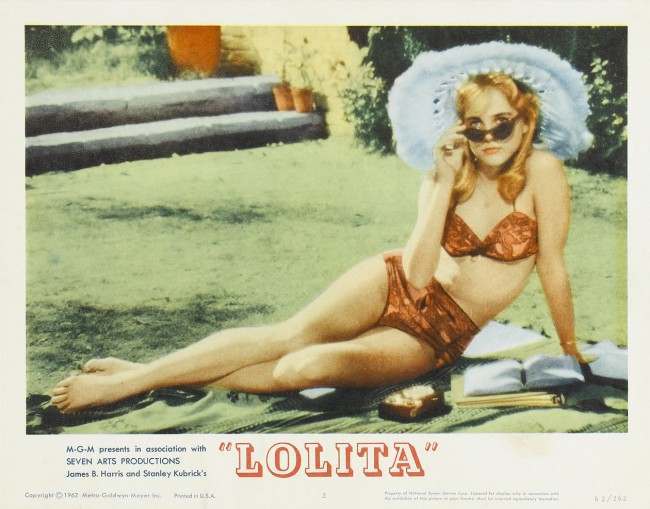 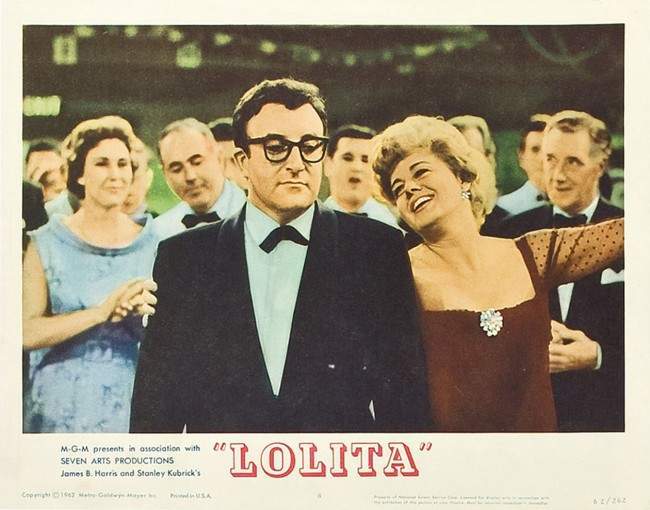 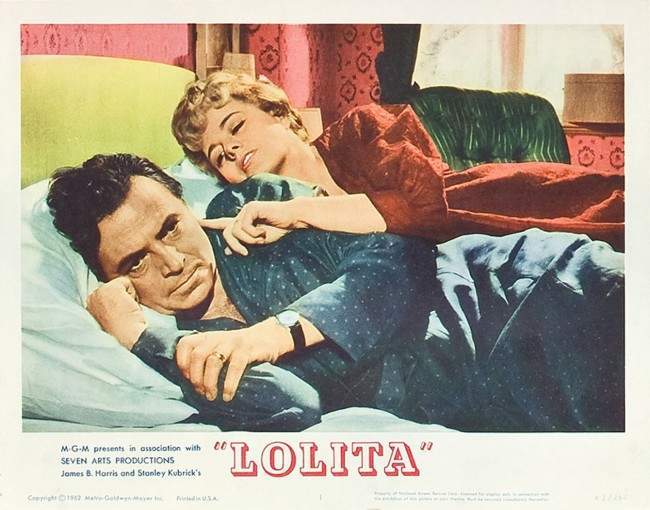 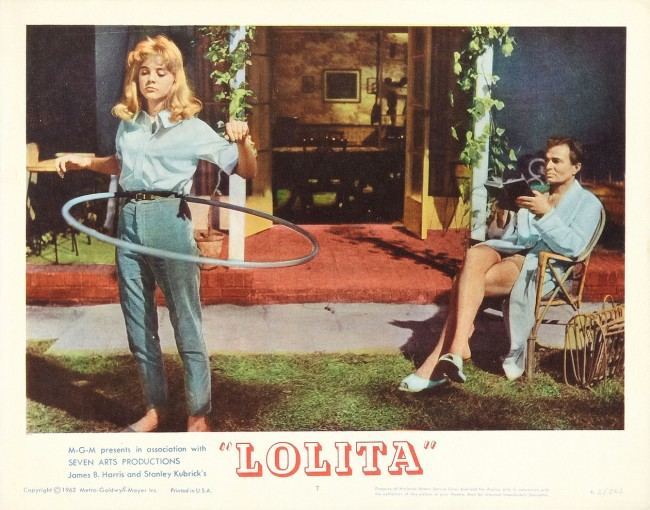 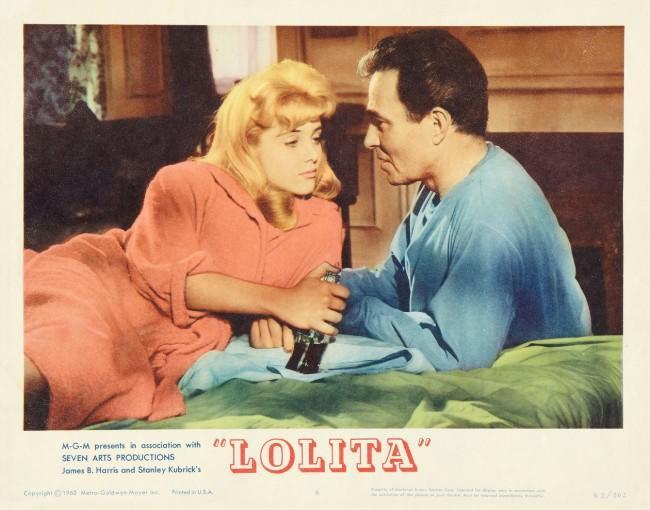