WHEN  Kurt Cobain met Courtney Love, it made it into this biography:

Already infamous in Portland, Love was holding court in a booth when she saw Kurt walk by a few minutes before his band was set to appear onstage. Courtney was wearing a red polka-dot dress. “You look like Dave Pirner,” she said to him, meaning the remark to sound like a small insult, but also a flirt. Kurt did look a bit like Pirner, the lead singer of Soul Asylum, as his hair had grown long and tangled — he washed it just once a week, and then only with bar soap. Kurt responded with a flirt of his own: He grabbed Courtney and wrestled her to the ground. 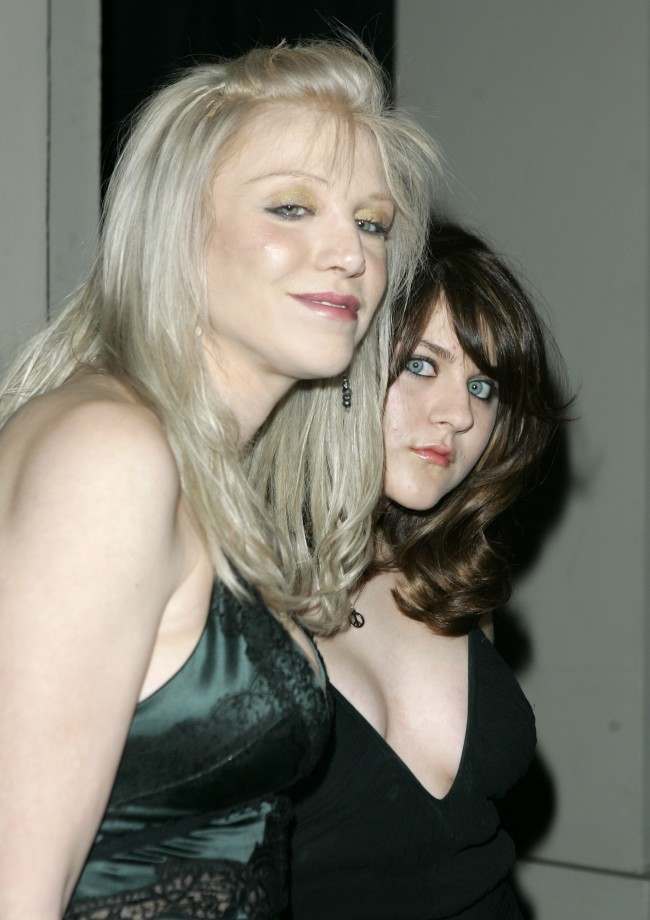 inger Courtney Love and her daughter Frances Bean Cobain pose as they arrive at a gala on Feb. 8, 2007, in Beverly Hills, Calif. Love, the widow of the Nirvana singer Kurt Cobain, says she intends to sell most of his belongings. “I’m going to have a Christie’s auction,” the 42-year-old singer tells the AOL music Web site Spinner.com. The rocker committed suicide in 1994.