Synthetic Street USA wasn’t a real street. No-one lived in the houses on it. It was a fake, part of the camoflage that covered the B17 Bomber factory in Seattle Washington in 1941. Beneath the trees, picnicing couples, gardens and gates, 7,000 Boeing B-17 Flying Fortresses were being produced for World War 2. 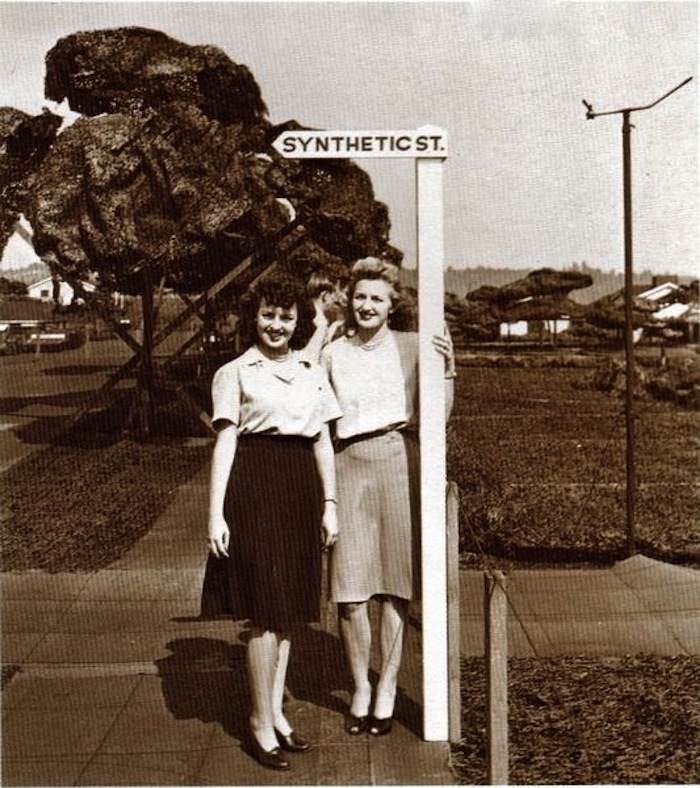 During the afternoon of December 7, 1941, as word of the attack on Pearl Harbor reached California, some 53,000 Lockheed employees, spread across 150 Southern California communities, stepped outside their homes to watch as countless P-38 fighters and Hudson bombers streak across the sky.

In the wake of the attack, orders had been given to get every aircraft that could fly into the air. Some flew west to protect the nation against a potential Japanese attack on the coast. Others were guided inland to protect against feared strafing runs. And still others patrolled the skies to provide the nation a sense of security in a time of crisis.

Three days later, while company officials gathered at Lockheed’s Burbank plant to decide how best to ramp up production, the Army began setting up barricades around the facility and placed an urgent call to a Col. John F. Ohmer stationed at March Field, 70 miles away. Ohmer’s mission? Find a way to disguise Lockheed’s plant—now one of the most strategic military facilities in the United States—to look like an ordinary California suburb. 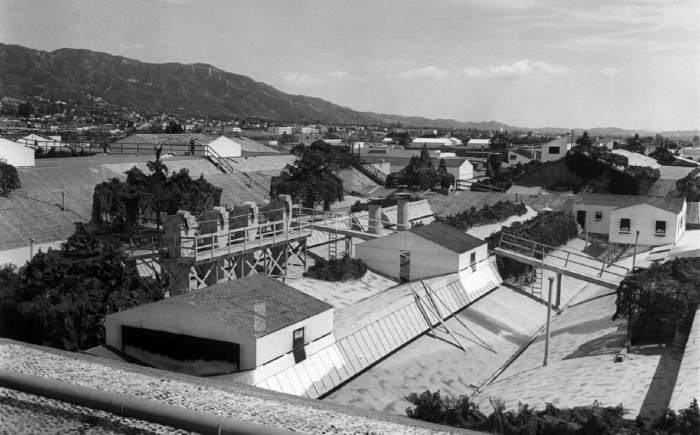 Lockheed factory: ‘Ohmer decided to test his team’s work by taking a War Department general on a reconnaissance flight at 5,000 feet. He asked his guest to identify the plant, but all the general said he could see was suburb after California suburb.’ 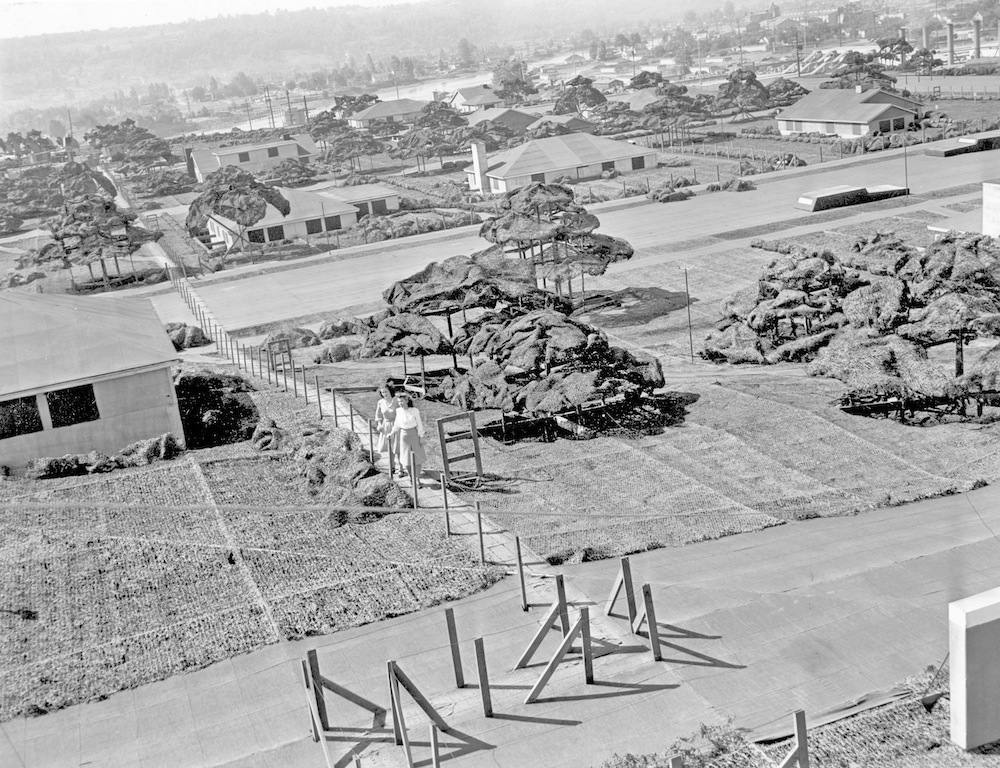 Joyce Howe and behind her Susan Heidreich walking over the camouflaged Boeing plant Number 2. Joyce was a receptionist for Boeing’s engineering department and the woman behind her is her good friend who worked inanother division at Boeing. Under this detailed walkable camouflage roof of fake housing, Boeing B-17 Flying Fortresses were being produced in 1942-1945. The two women show the detailing done to make it look real. – Taphilo 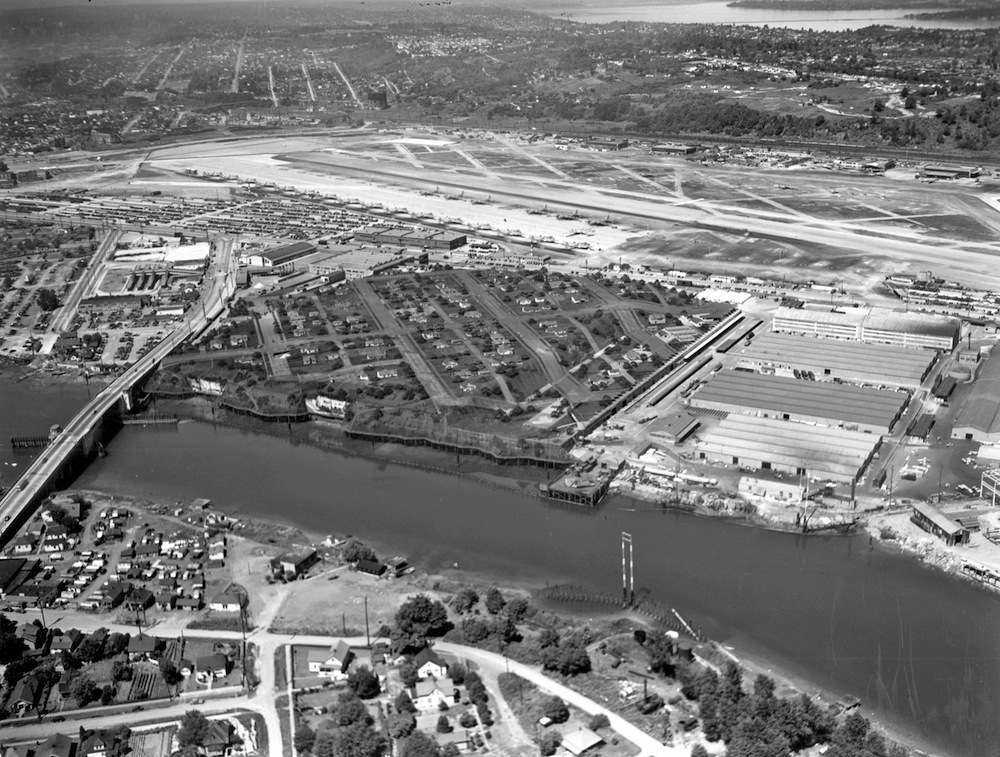 Looking East from around 1500 feet at the production plant. A B-29 is on the tarmac, one on the runway a B-17 on the other side of the field. – Taphilo

Below the countryside idyll life existed a hive of heavy industry: 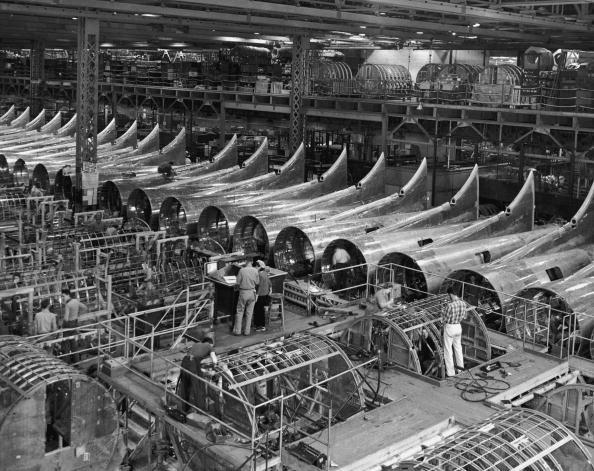 December 1942: High-angle view of the fuselage frameworks for B-17 F (Flying Fortress) bombers under construction at the Boeing plant in Seattle, Washington, World War II. ( 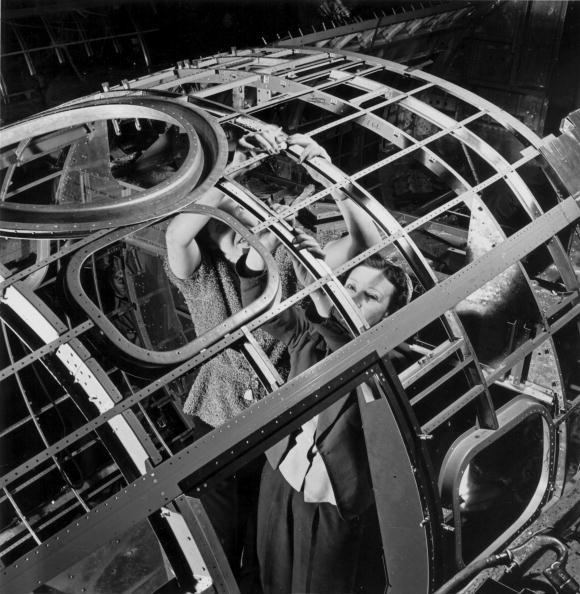 1943: Women working on a fuselage framework in the Boeing aircraft plant , Seattle, Washington. 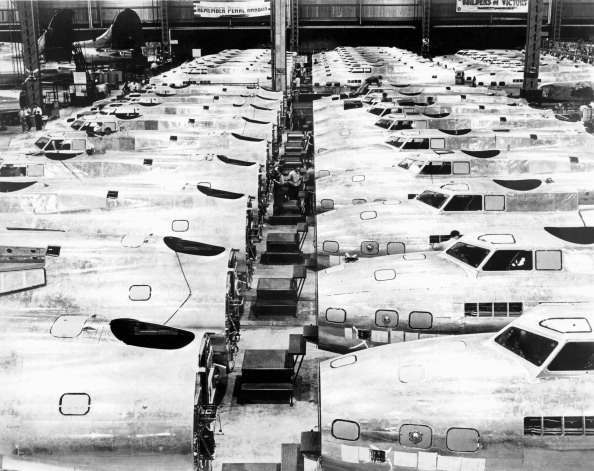 B-17 Fortresses being built at the Boeing plant during WWII, Seattle, Washington, early 1940s.

It was a smiliar scene on the Douglas Aircraft Company rooftop in Santa Barbara. Hollywood set designer John Stewart Detlie. 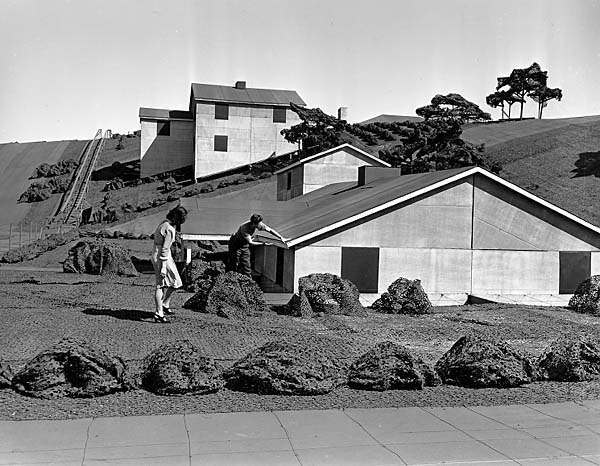 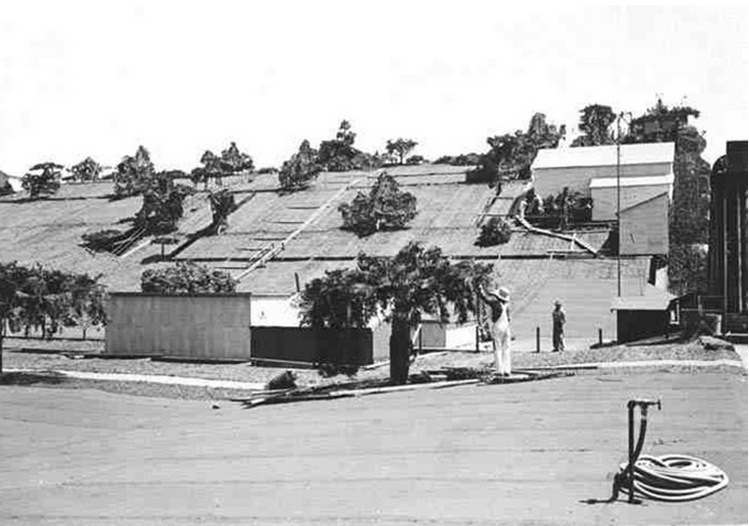 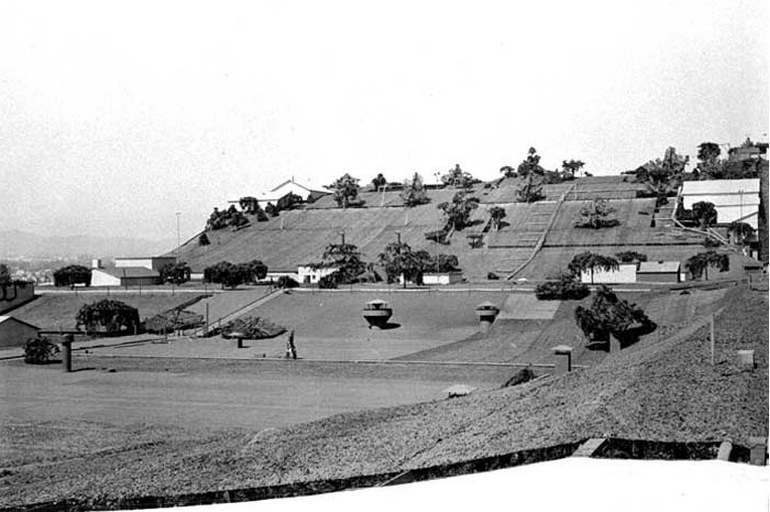 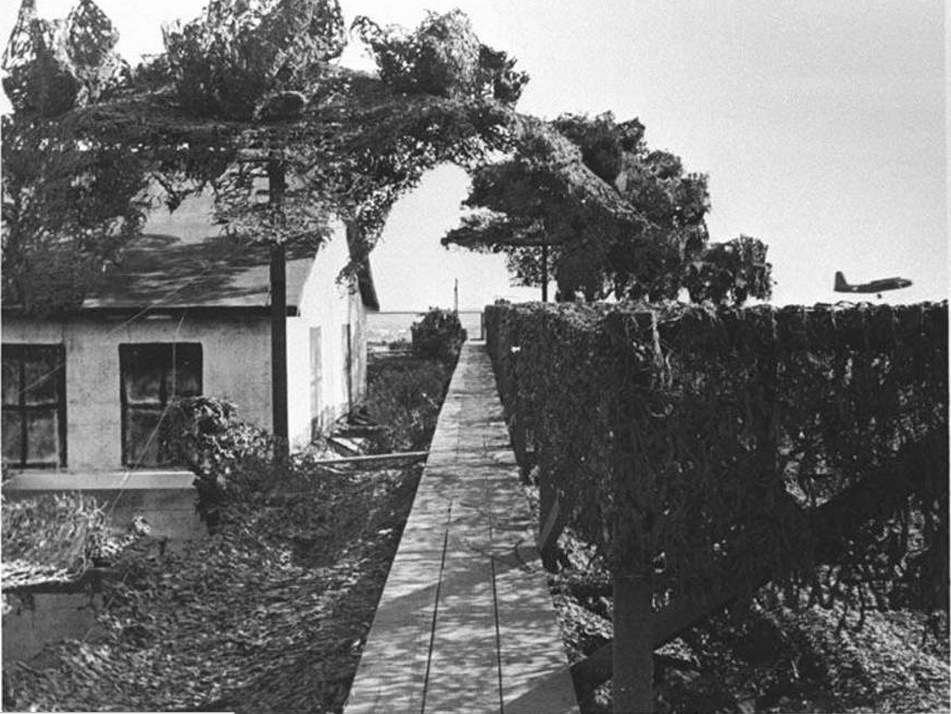