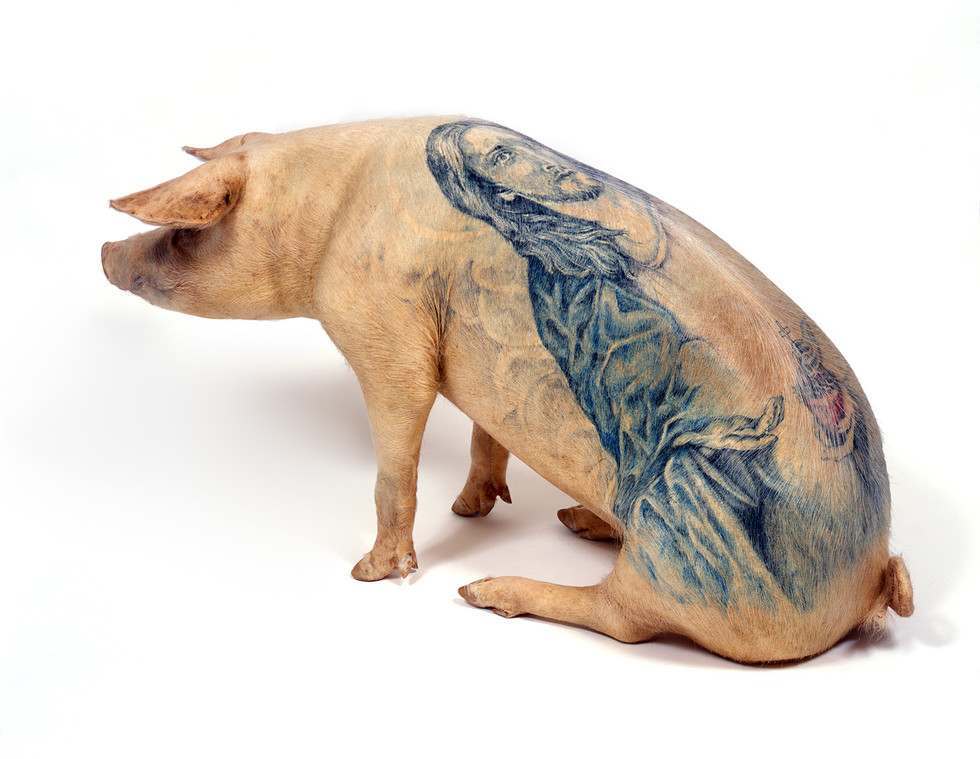 In 1999, Wim Delvoye released the experimental art film Sybille II, in which he captured shots of zits erupting from the fact of an art student known only as ‘Old Pizza’. “You didn’t know what was going to come out of the skin,” said Delvoye. “Sometimes you said, ‘Oh, well, let’s try this one, but it’s not going to be anything’ — and it came, and it came, and it came! We were constantly surprised.”

Delvoye’s work satirises the art world, with its inflated prices and daft intellectual cul-de-sacs. Cloaca makes the ultimate criticism of modern art – that most of it is crap; that the art world has finally disappeared up its own backside. ‘When I was going to art school, all my family said I was wasting my time, and now I have made a work of art about waste,’ he told me happily.

Delvoye (WD) explained further in conversation with Josefina Ayerza (JA): “Once the machine is installed in a museum, it is a live thing. Even when the museum is closed the machine is fed everyday, because in the organs, there is real human stomach bacteria.”

Call a turd art and someone will buy the stuff. 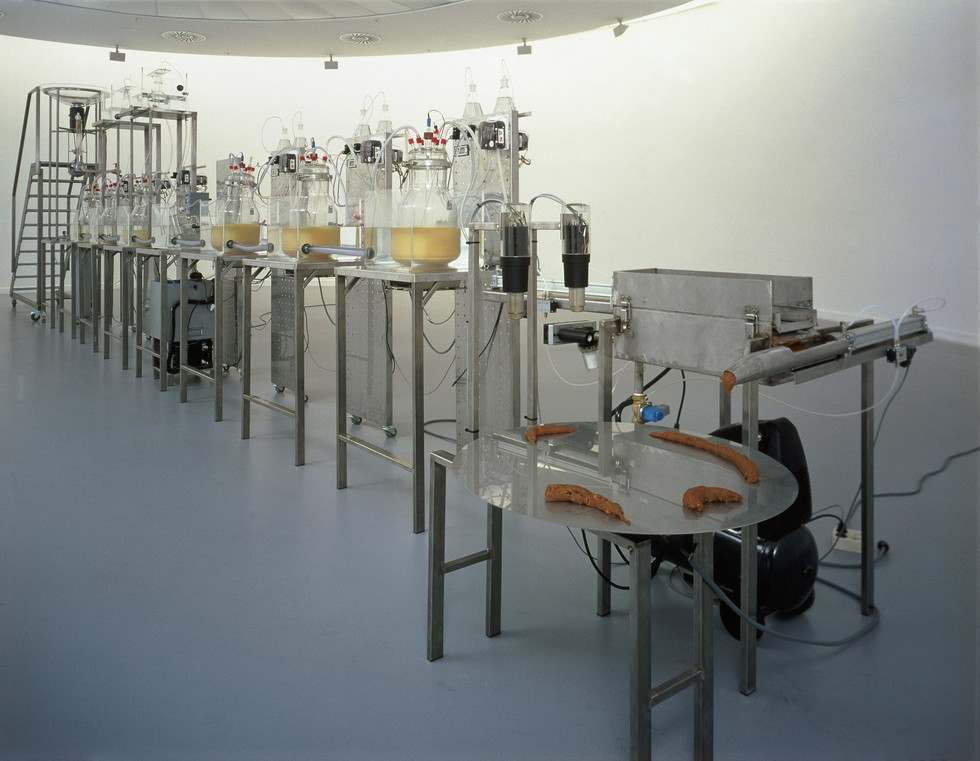 JA: You say in an interview we did a long time ago, about race, that if the race is different, the shit is nevertheless not different. It’s always the same color shit.

WD: Yeah. I was saying shit is like showing the human being without races, classes, and sexes. You have an anus and I have an anus. Yeah? You know, bad and good people, rich and poor, white and black people, and male and female people, old and young people are all having an anus. The anus is a plebeian thing, it’s universal.

JA: In a way, you’re making people look into the shit, which establishes difference through consumption. Maybe there are class distinctions in shit, say people that eat the same food, but does it make for a better shit?

WD: No, not really. But maybe. Philosophically speaking, it’s a minor detail‹shit is shit. But because it’s so futile, and proletarian, and plebeian, and democratic, whichever word you prefer, it’s so democratic you should treat the shit like every other shit. Because of this shiny machine, more value is given to the shit, so they are sinning against the democratic rule. The TV cameras and the public attention and the art critics make this shit different than other shits. Biochemically it’s exact.

JA: But one of your products, the work of art, is to have gotten people to pay for the shit and take it home, and collect it.

WD: So I show that the shit is again on a pedestal, so again this democratic thing becomes aristocratic.

JA: Which no thing ever did. Nobody ever wanted to have the shit of a king… Is there in history a king who was such a king that his shit was sacred?

WD: Well, the Chinese emperor’s shit was sacred. It was kept on a silver plate for one day. The Chinese emperor was so holy that the doctors couldn’t touch him. But because he is so holy, they have to care for his medical condition. How could they check his medical condition without touching him? They had to check his shit. So his shit was the ambassador of his body. The shit was the messenger of the body.