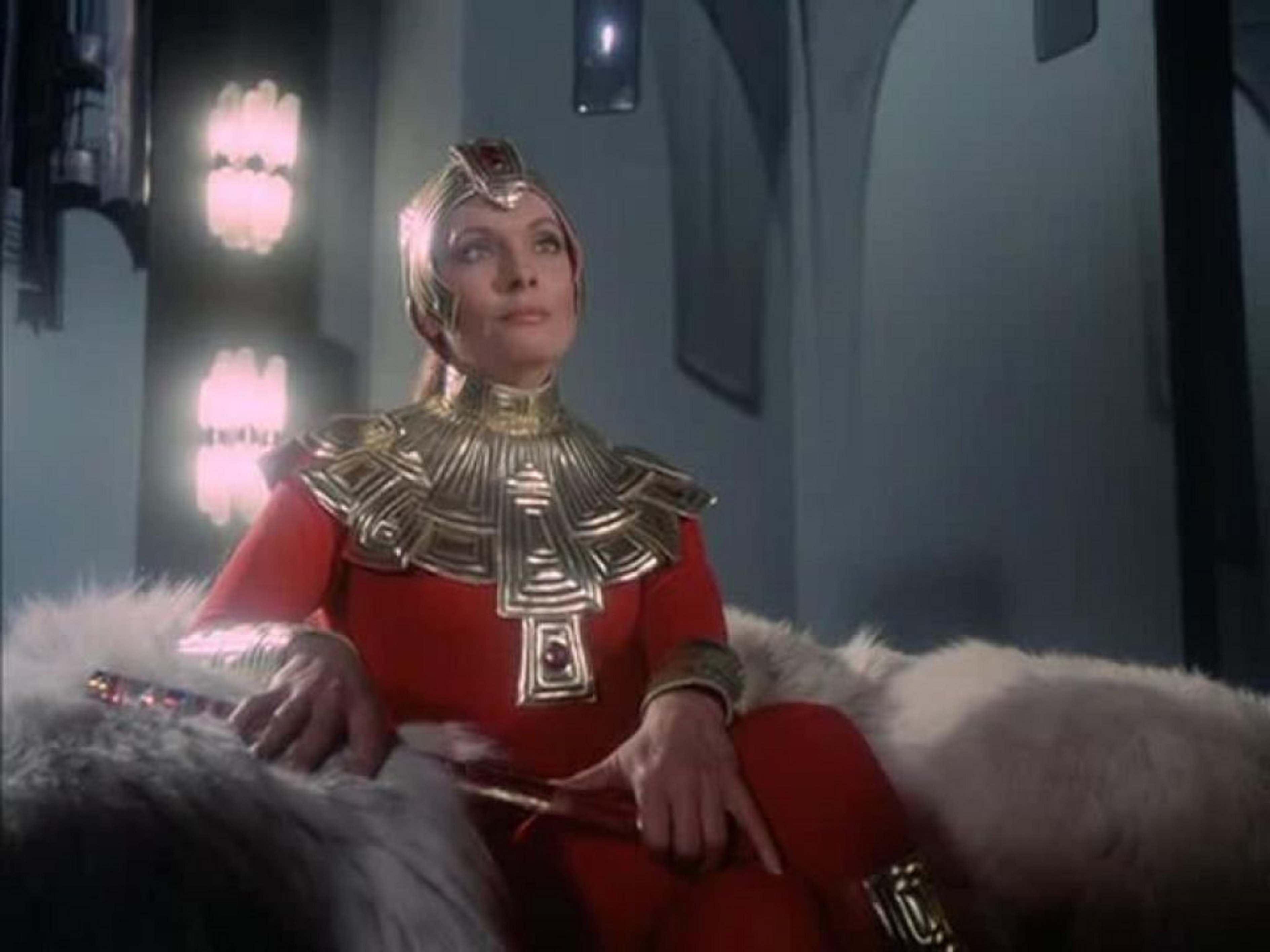 In 1924, author Richard Connell’s short story “The Most Dangerous Game” (also known as “The Hounds of Zaroff”) was published in Colliers.

This literary work depicted the frightening tale of Sanger Rainsford, a hunter and New Yorker who ended up stranded on the island home of exotic (meaning “foreign”) General Zaroff and his mute-servant Ivan.

As Rainsford soon learned, Zaroff was a hunter too, but one who had grown tired of standard game. The hunt had come to bore him.

At least, that is, until he sought new prey: human beings.

Ship-wrecked sailors, in fact, became his the general’s new quarry.  In an attempt to be sporting, Zaroff always offered his human prey a fighting chance.  If they could elude him on his wild island for three days, they would be allowed to leave alive and well.

If they didn’t…well, they would be killed.

And as Rainsford learns as the story develops, no sailors have ever survived Zaroff’s hunt. 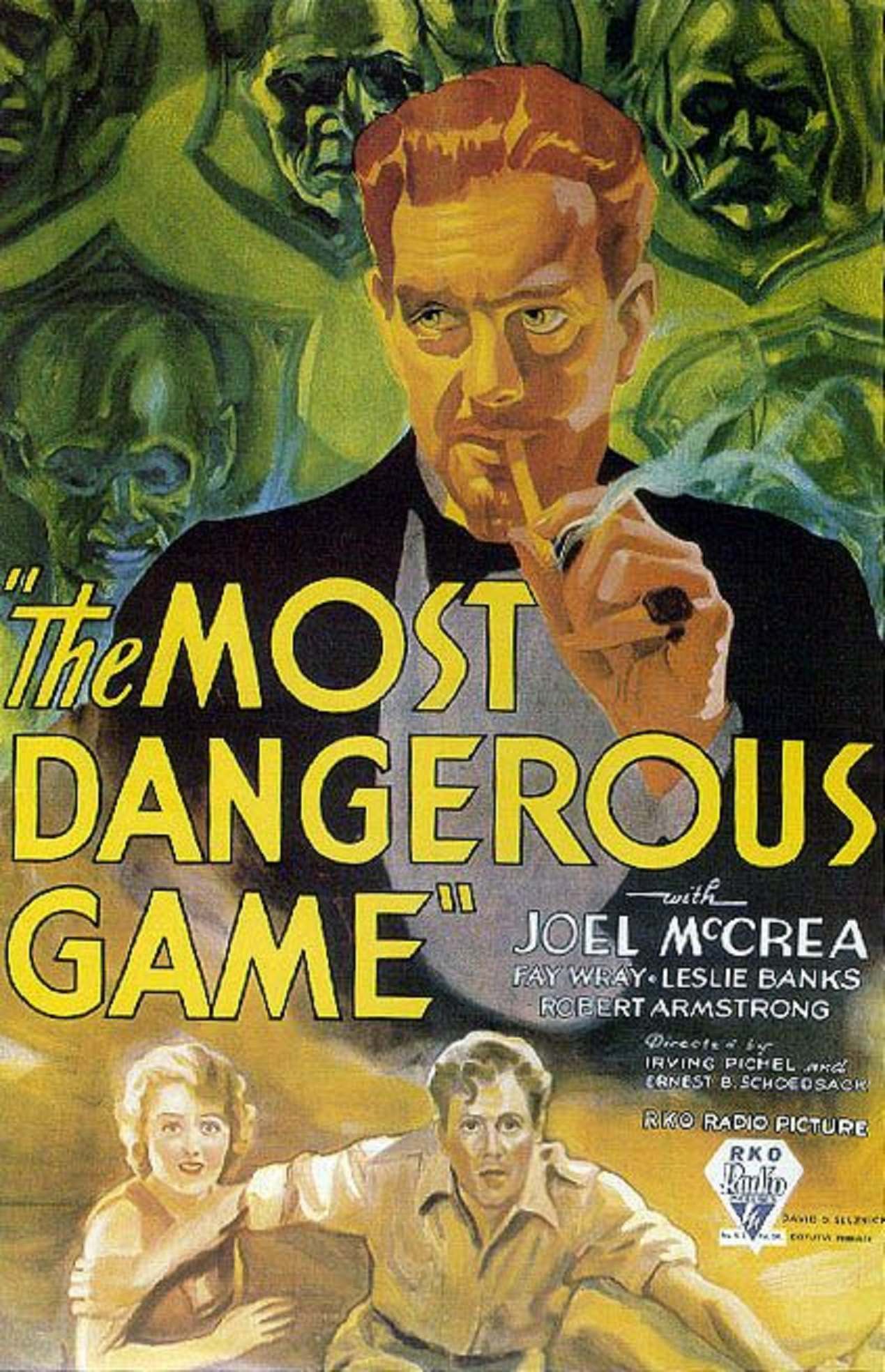 The Most Dangerous Game became an RKO movie in 1932, starring Fay Wray and Joel McCrea,, and was unofficially adapted in the 1960s (with Robert Reed) as Bloodlust (1961).

By the mid-1960s, however, cult-TV shows of all stripes were deploying the Most Dangerous Game template or trope — hunted humans and an evil hunter — all the time.

Here are ten memorable examples of the Most Dangerous Game adapted to cult-television programming. 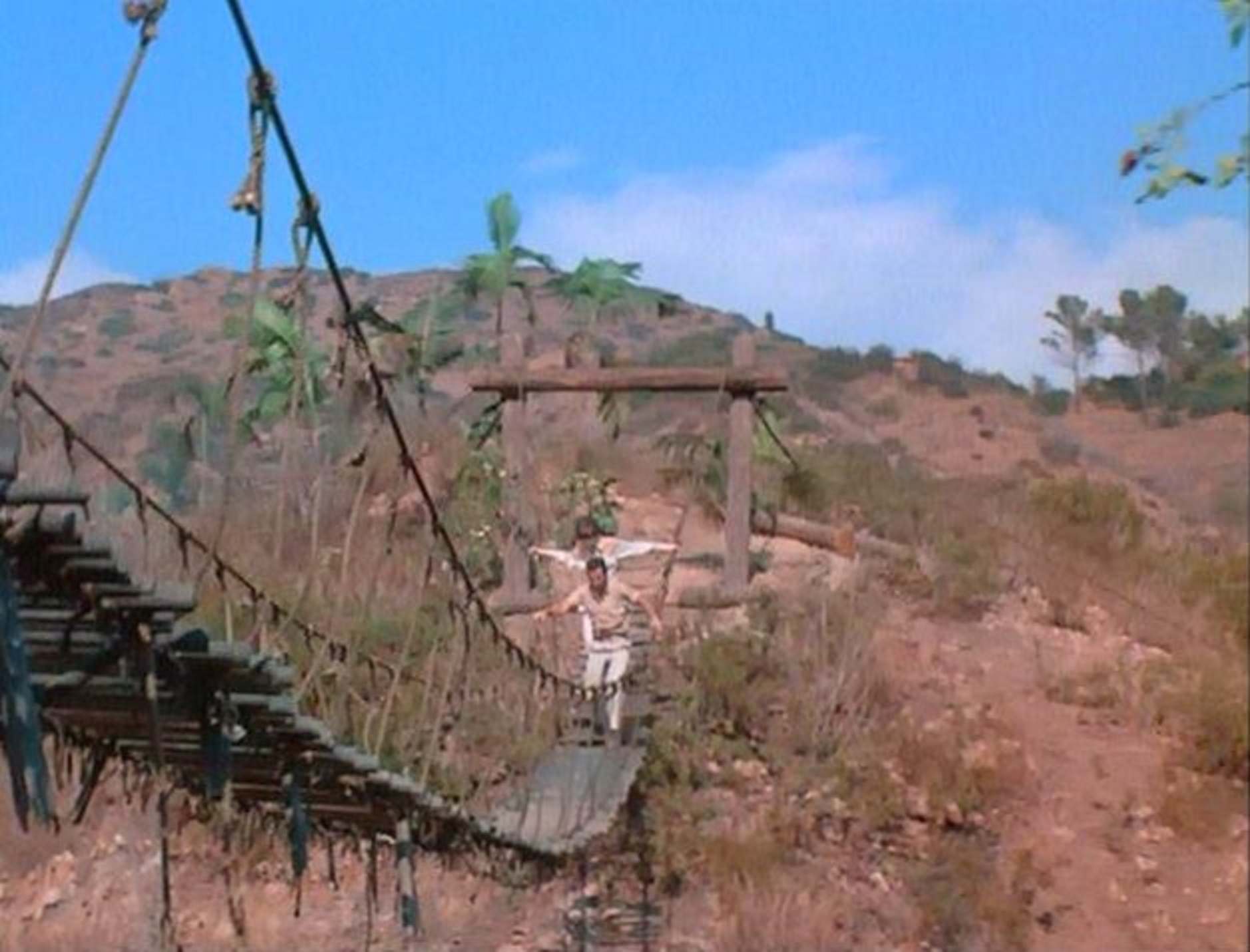 Very much like Zaroff, Hans decides to hunt his human prey on the island.  The prey will flee, unarmed, but Hans has hunting dogs and guns on his side…and Max and 99 have only their wits! 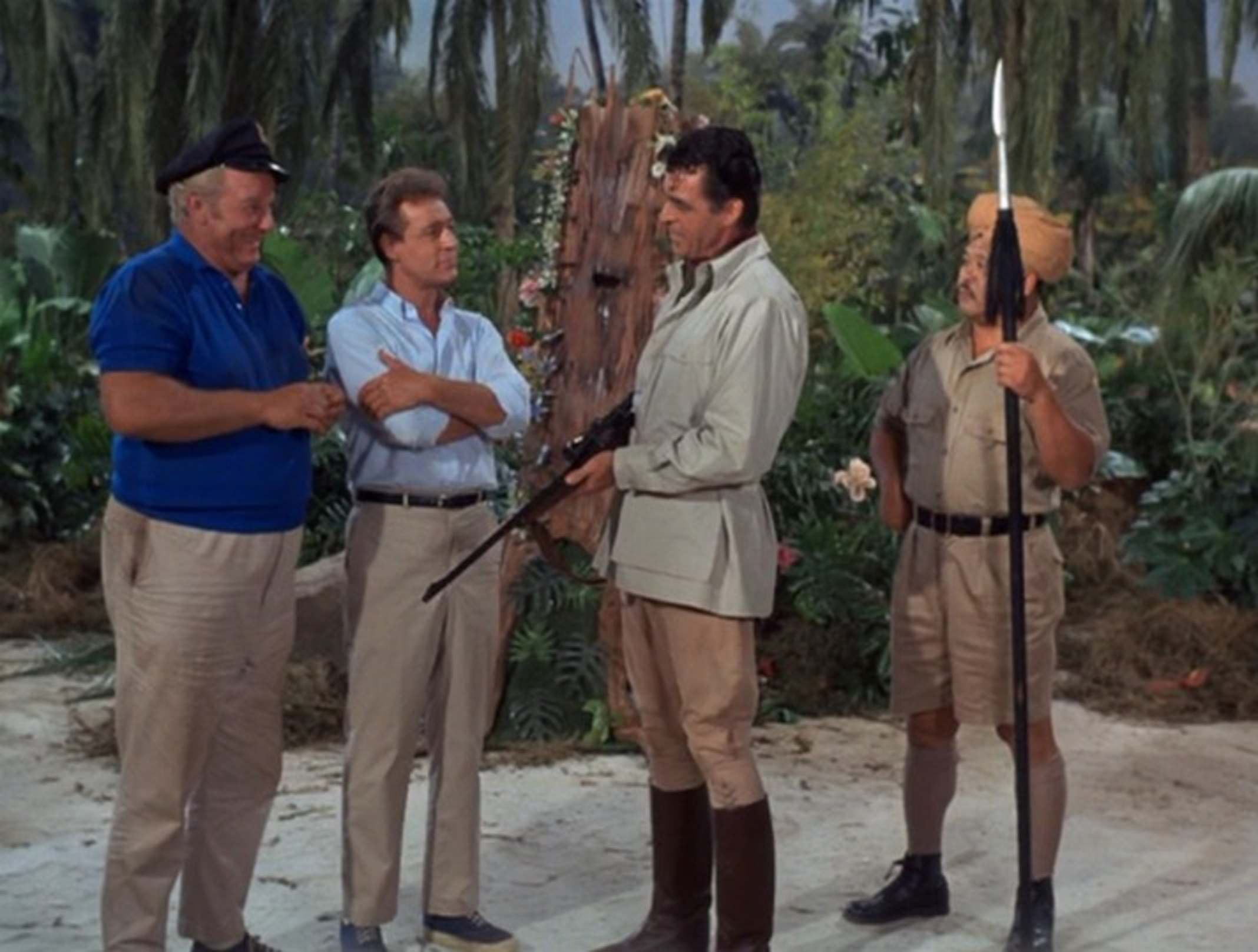 In this episode of the sitcom devoted to “seven stranded castaways” on a desert isle, big game hunter Jonathan Kincaid (Rory Calhoun) and his guide Ramoo, arrive on the island hoping to hunt a castaway.

After examining all the options, Kincaid decides to hunt Gilligan.  If Gilligan can elude him for one day – 24 hours – Kincaid promises to rescue all the castaways.

The unique spin on The Most Dangerous Game in “The Hunter” involves the fact that the island belongs to the hunted, not to the Zaroff-stand-in.  But, as we often see in TV adaptions, the Zaroff surrogate has a minion with him (Ivan/Igor/Ramoo), and offers the quarry a chance at survival if a certain span of time elapses. In this case Kincaid reneges on his promise to save the castaways and instead ends up in an insane asylum following his encounter with Gilligan. 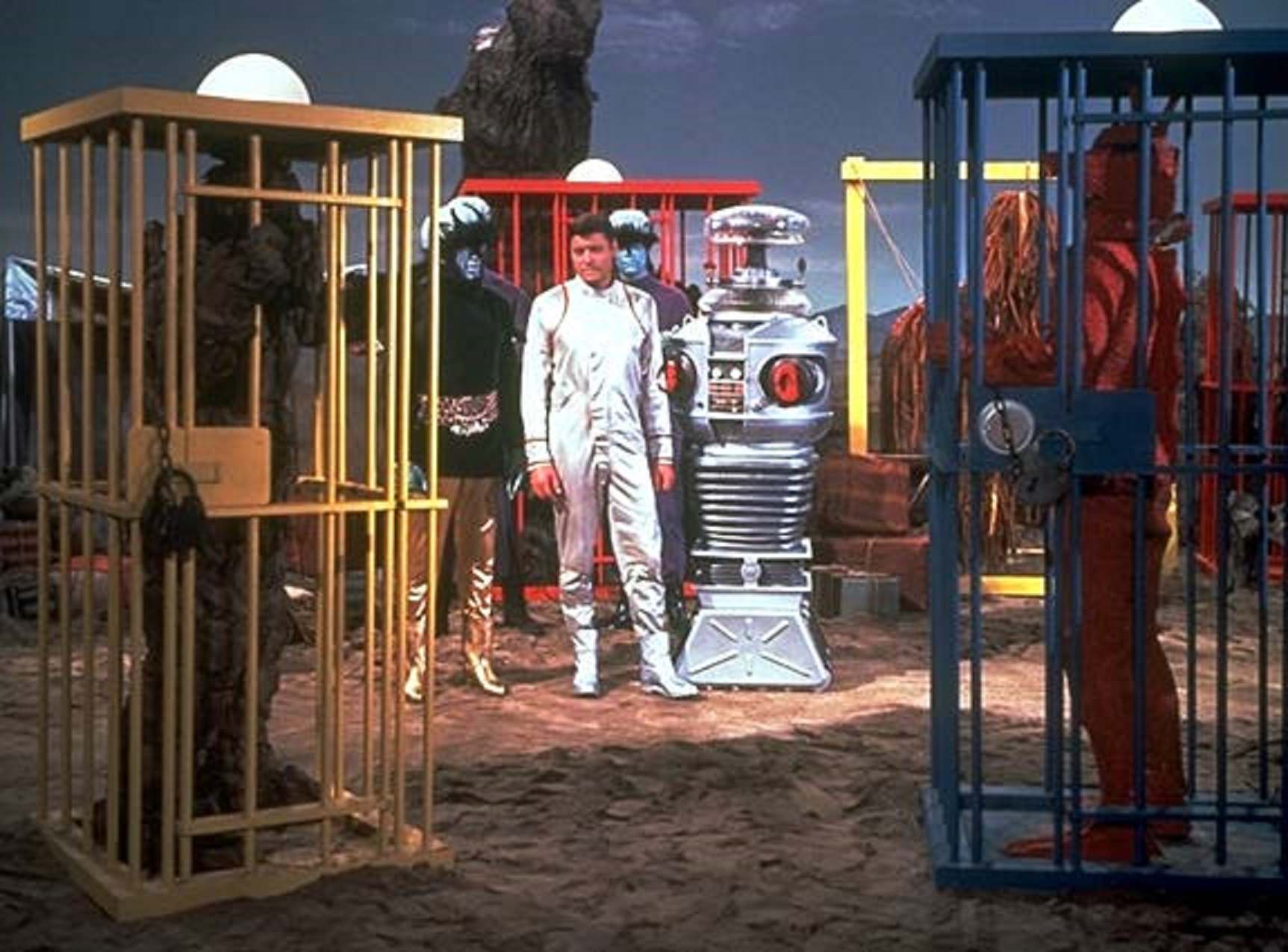 The third and final season of Irwin Allen’s space adventure features a story in which Professor John Robinson (Guy Williams) lands on the planet Zon and interrupts a hunting contest designed to choose the planet’s next leader.

The enemy hunter, named Megazor, decides that Professor Robinson must fill in for the prey.  Robinson is reluctant to do so but is given no choice when Dr. Smith (Jonathan Harris) is captured.  In this case, a planet substitutes for Zaroff’s island and the hunted, Robinson is allowed a tool (a protective suit) to help him survive the day. 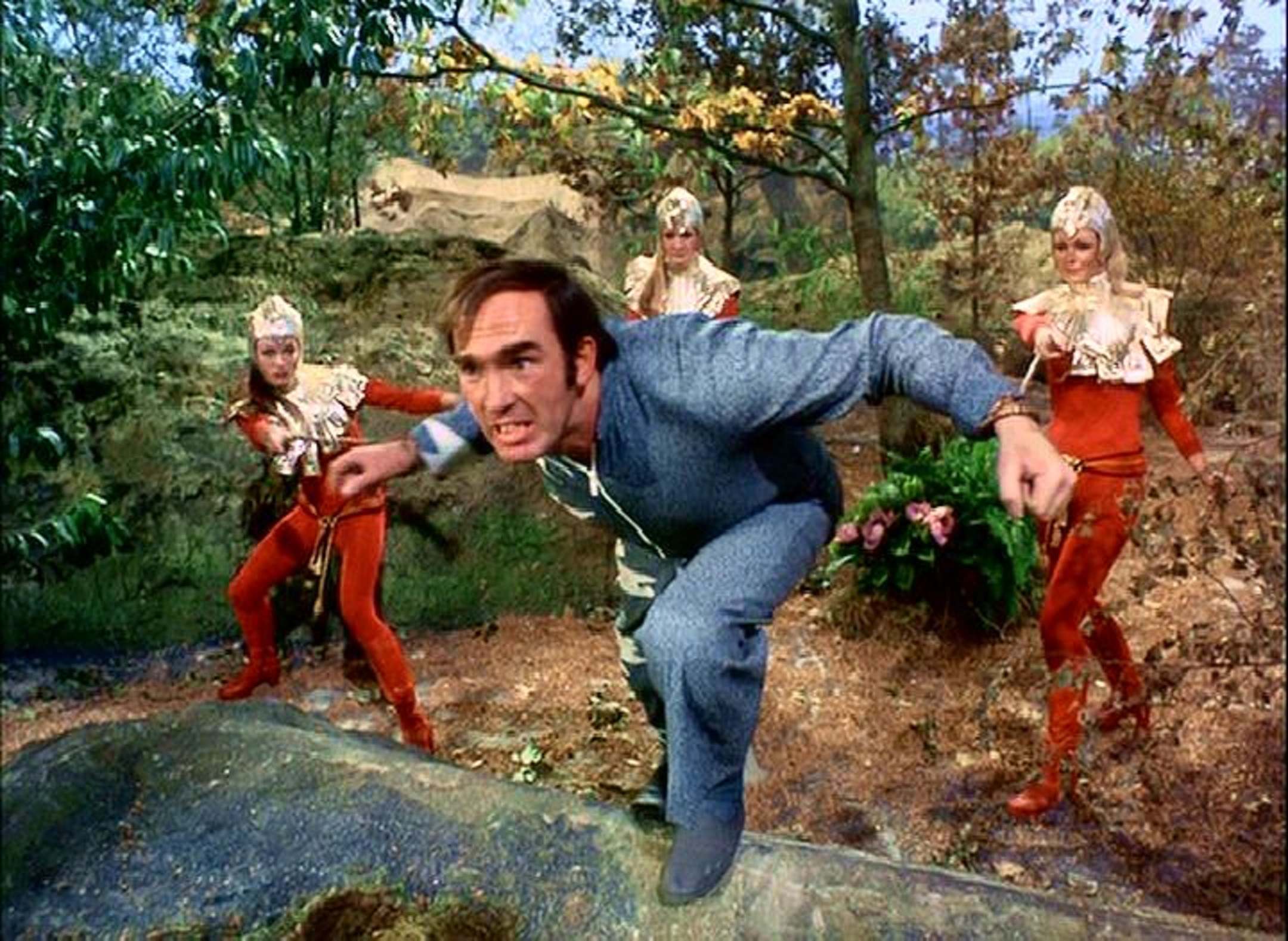 All the prisoners however, are men. The convicts are given some hope in the form of a regular hunt.  If they survive pursuit by whip-wielding prison guards in cat-suits, they will be given the chance to be transported back to the home world.

In this iteration of The Most Dangerous Game story, the central hunt is still there, but the hope for freedom is a sham because the home world’s population has been decimated by an airborne plague.  To go home is to die. 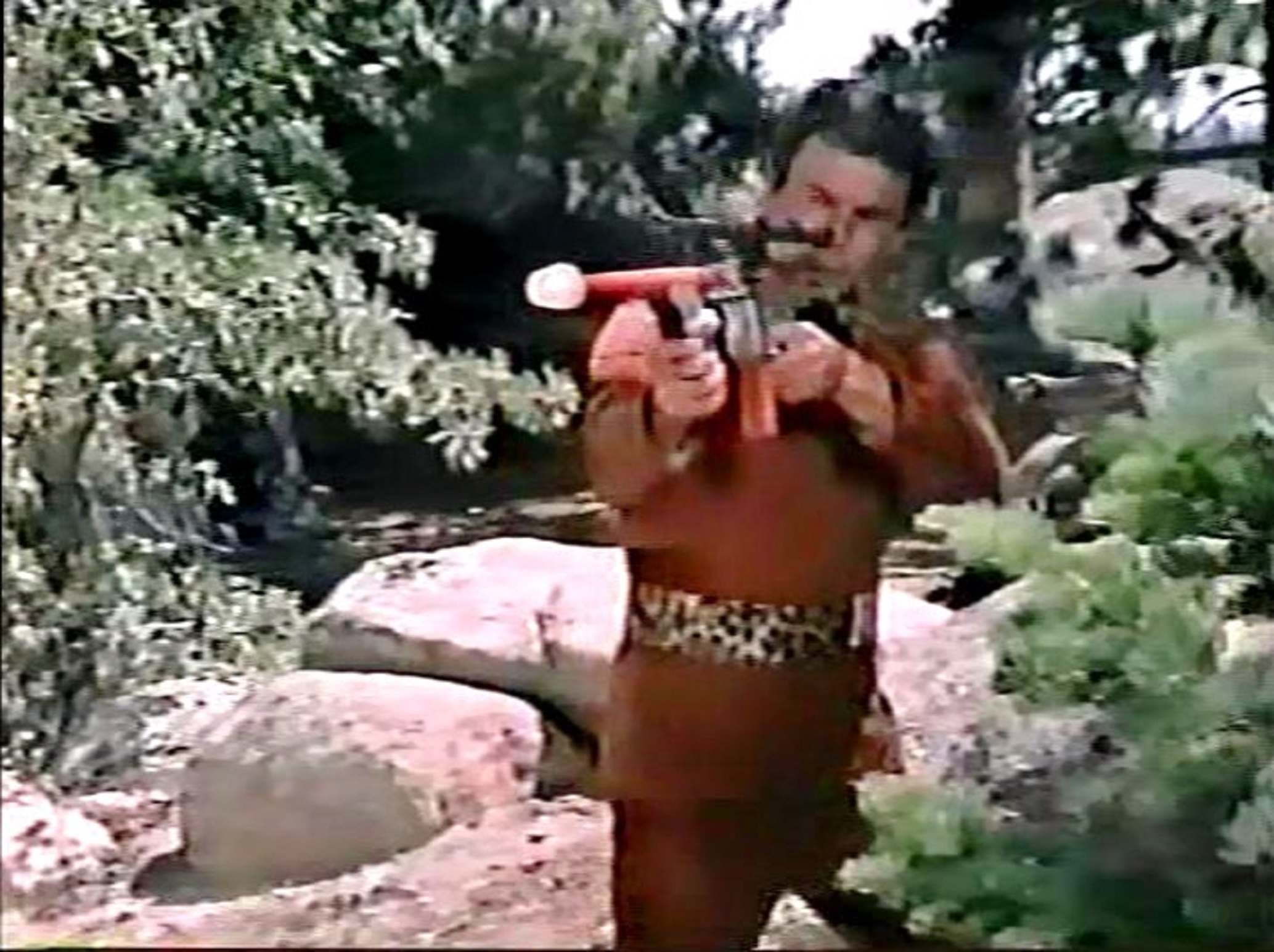 But soon they all runs afoul of a married couple, James Borden (Horst Bucholtz) and Irene (Mary Woronov), who share a passion for hunting.

This team has been hunting Runners from the City of Domes lately (you can tell by their trophy board consisting entirely of Ankhs…), but now is their opportunity for some real prey: Sandmen!

While Jessica is imprisoned on the grounds of the Borden estate, Logan and Francis are forced to work together to beat the hunter at his own game. But, Borden has planted all kinds of booby traps in the wilderness, including a pit, and a cage that materializes out of nowhere.

Even in a post-apocalyptic future, The Most Dangerous Game endures. 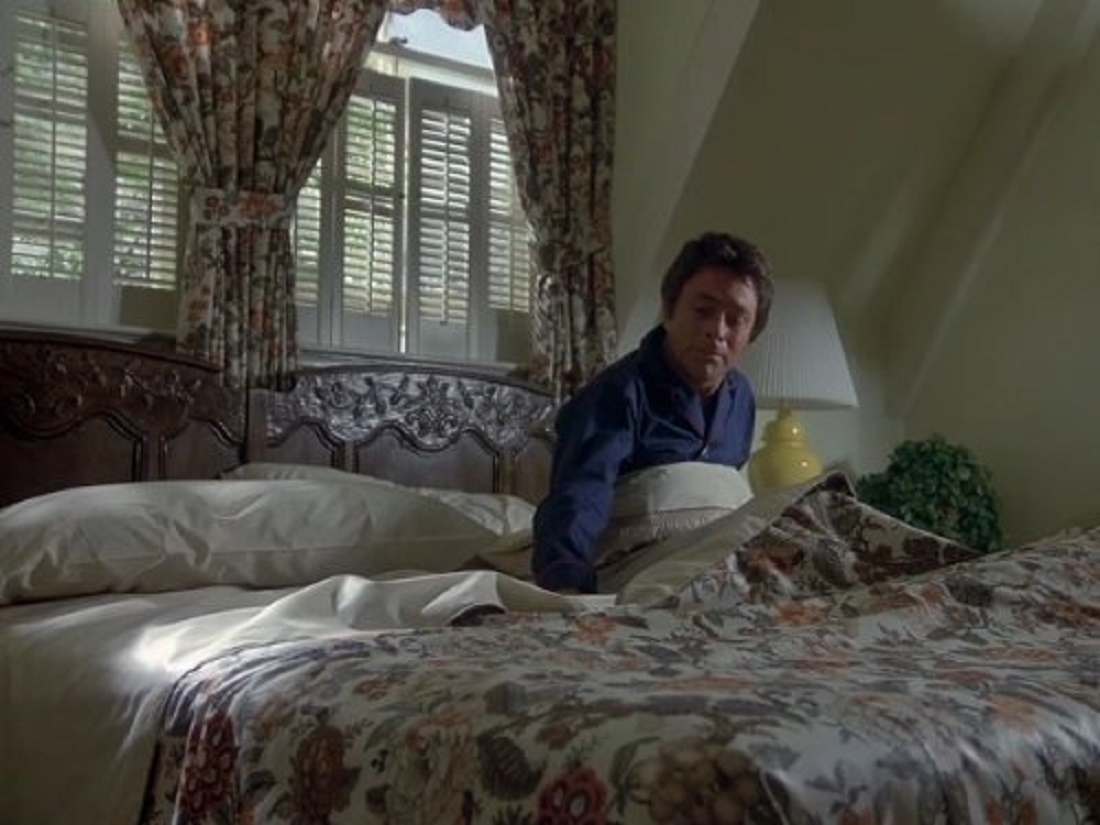 What better or more dangerous prey than the ever lovin’ Hulk?

In “The Snare,” which first aired December 7, 1979, David Banner (Bruce Bixby) is invited to the island of millionaire Michael Sutton (Bradford Dillman) to play chess.  Once there, however he learns he is to be hunted by the mad-man. 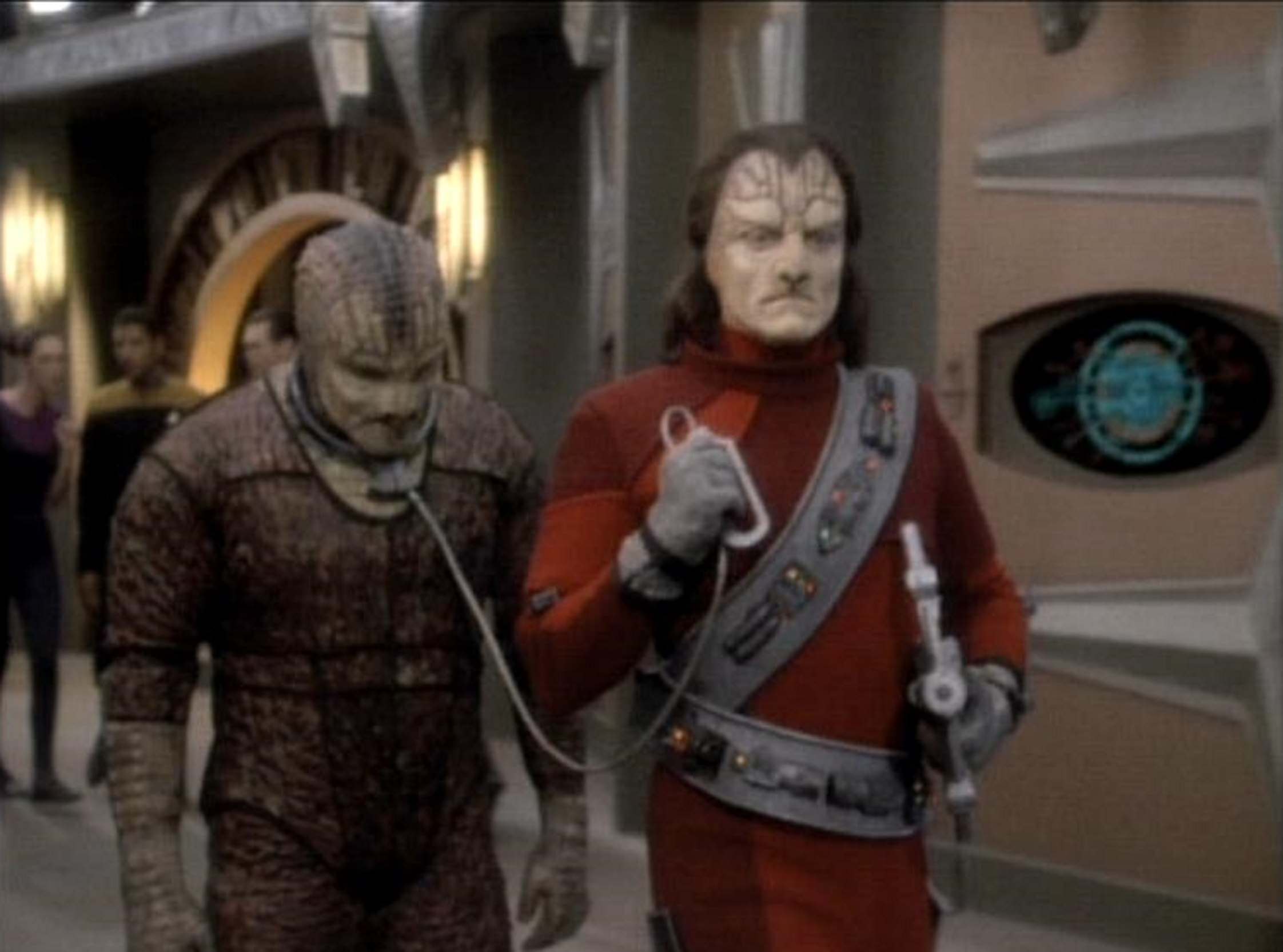 In the first season of the syndicated Star Trek spin-off, Deep Space Nine, alien hunters from the Gamma Quadrant — a race of Zaroffs!—pursue their sentient quarry, Tosk (Scott MacDonald) through the wormhole, to DS9.

There Chief O’Brien (Colm Meaney) befriends Tosk and learns that the alien prey lives for the hunt. 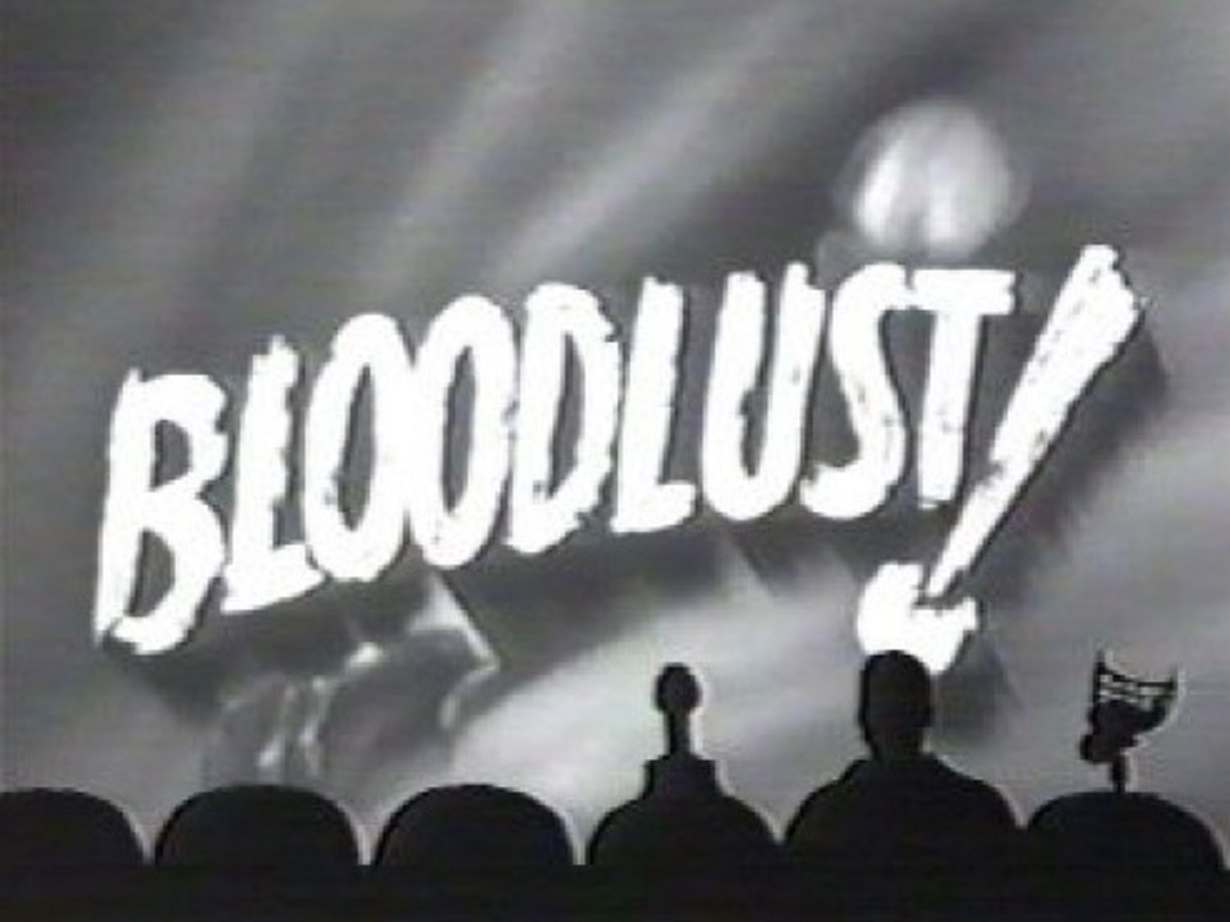 Mike Nelson and the Bots are forced to endure the 1961 unofficial Most Dangerous Game knock-off, Bloodlust on the Satellite of Love. 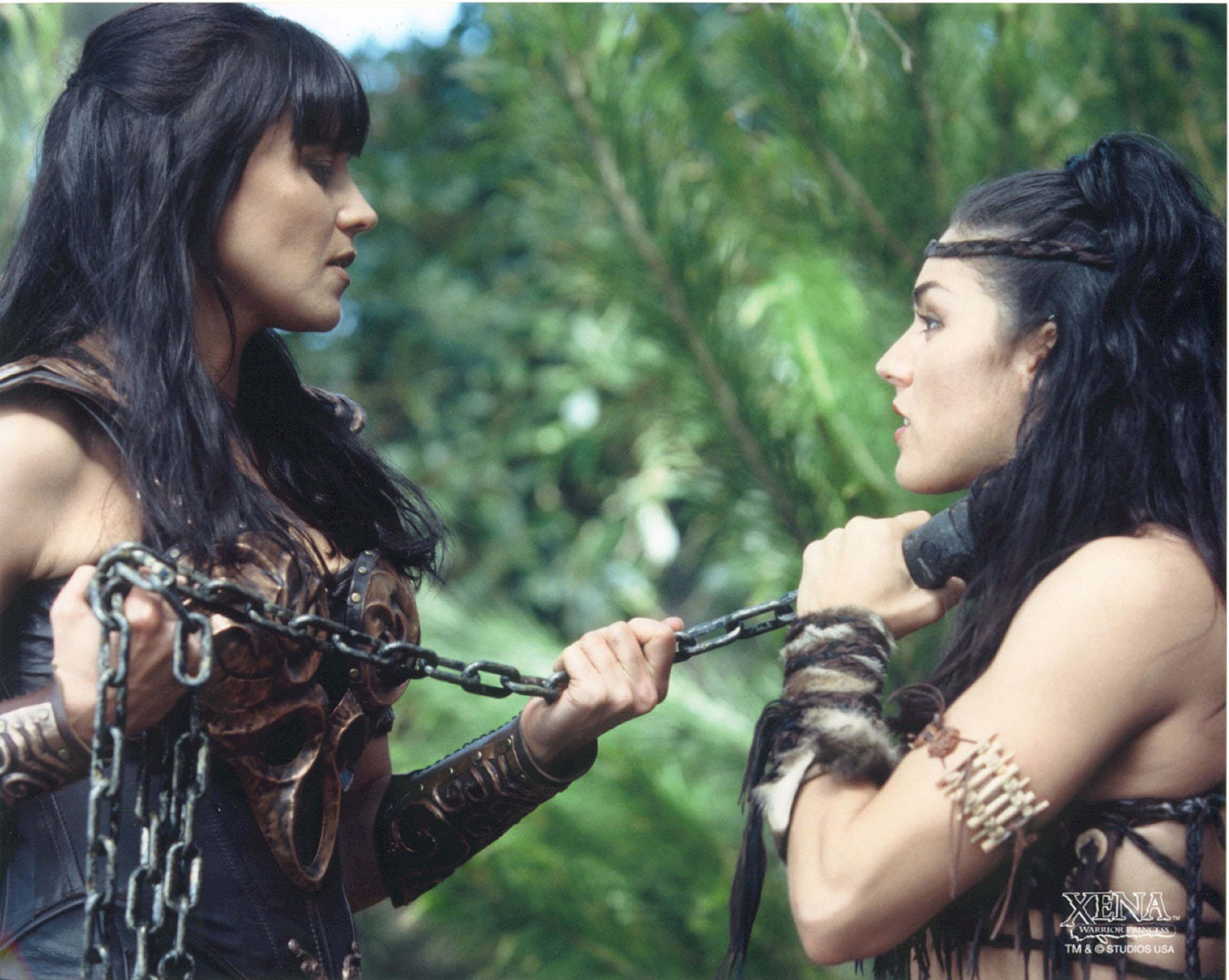 In this episode from the sixth season of the  syndicated series starring Lucy Lawless, an antagonist named Prince Morloch (Sandy Winston) hunts and kills Amazon Queen Marga (Sela Apera) and determines that Xena herself is fit for hunting. 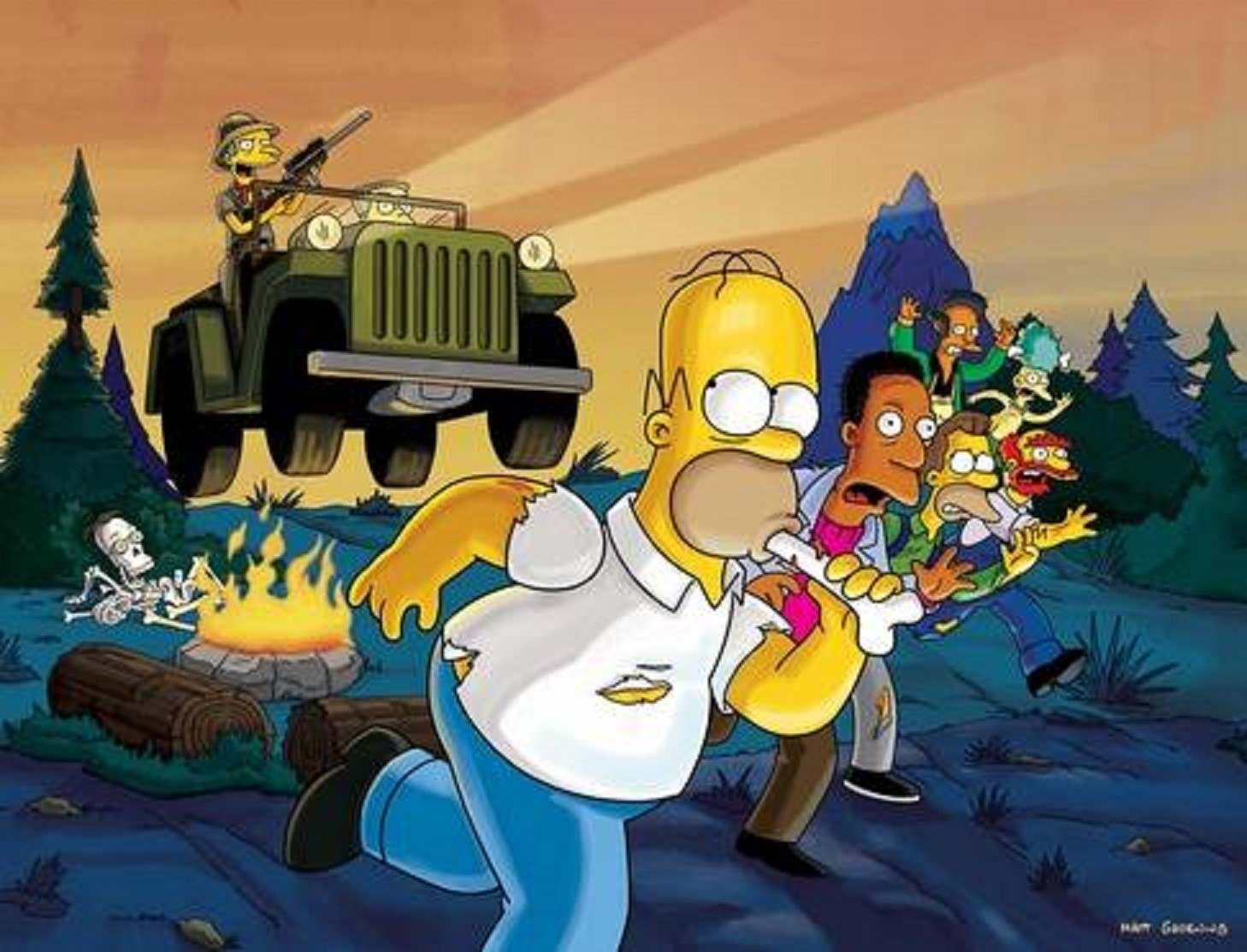 “Survival of the Fattest” is one segment in The Simpsons‘ Treehouse of Horror XVI.  Here, Mr. Burns invites denizens of Springfield to his estate. Unfortunately, in the tradition of Zaroff, he intends to hunt them all down…including Homer!  It’s Must-Flee TV!

Other cult-TV variations of The Most Dangerous Game have been seen on Fantasy Island (pilot episode), Relic Hunter, Criminal Minds, Supernatural, and Archer.