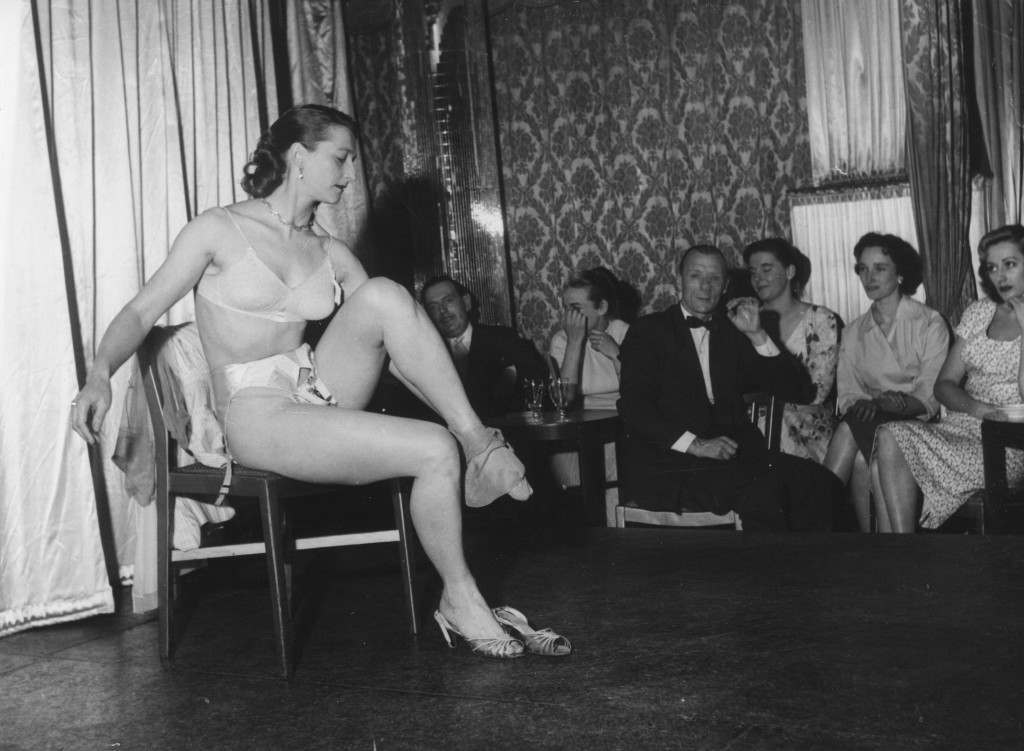 An amateur stripper performing at the Raymond Revuebar in London. Audience members may enter the striptease contest and the winners are awarded prizes. (Photo by John Pratt/Getty Images)

What I love about these pictures are the faces in the audience, the utter sexlessness of gussying up to sit on hard wooden chairs and avoiding all eye-contact with your fellow voyeurs. All but one of the straight-laced crowd – the man nibbling the pinkie finger he has made an ‘o’ from – are sat cross-legged, like students in class.

Raymond moved into top-shelf magazines, which all glossy, touchable but ultimately dead had more sex appeal than his matt-finish live shows. Going to the strip club in 1958 was a novelty; but the saucy take-away magazines were the onanists’ true friend. 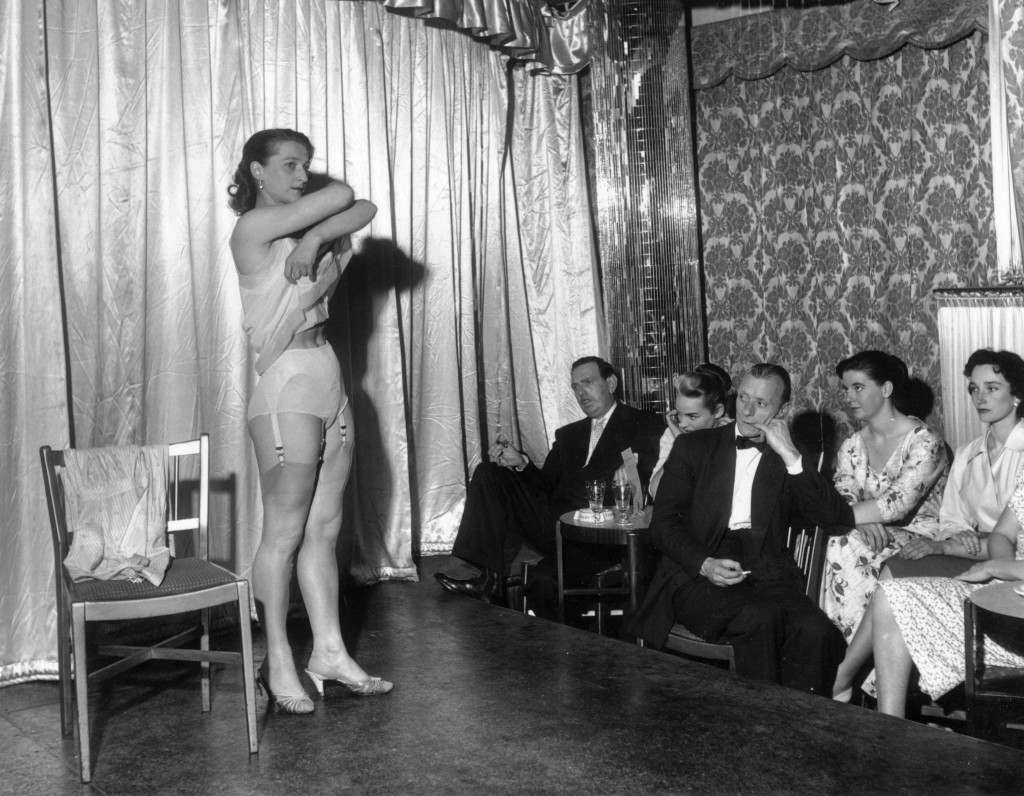