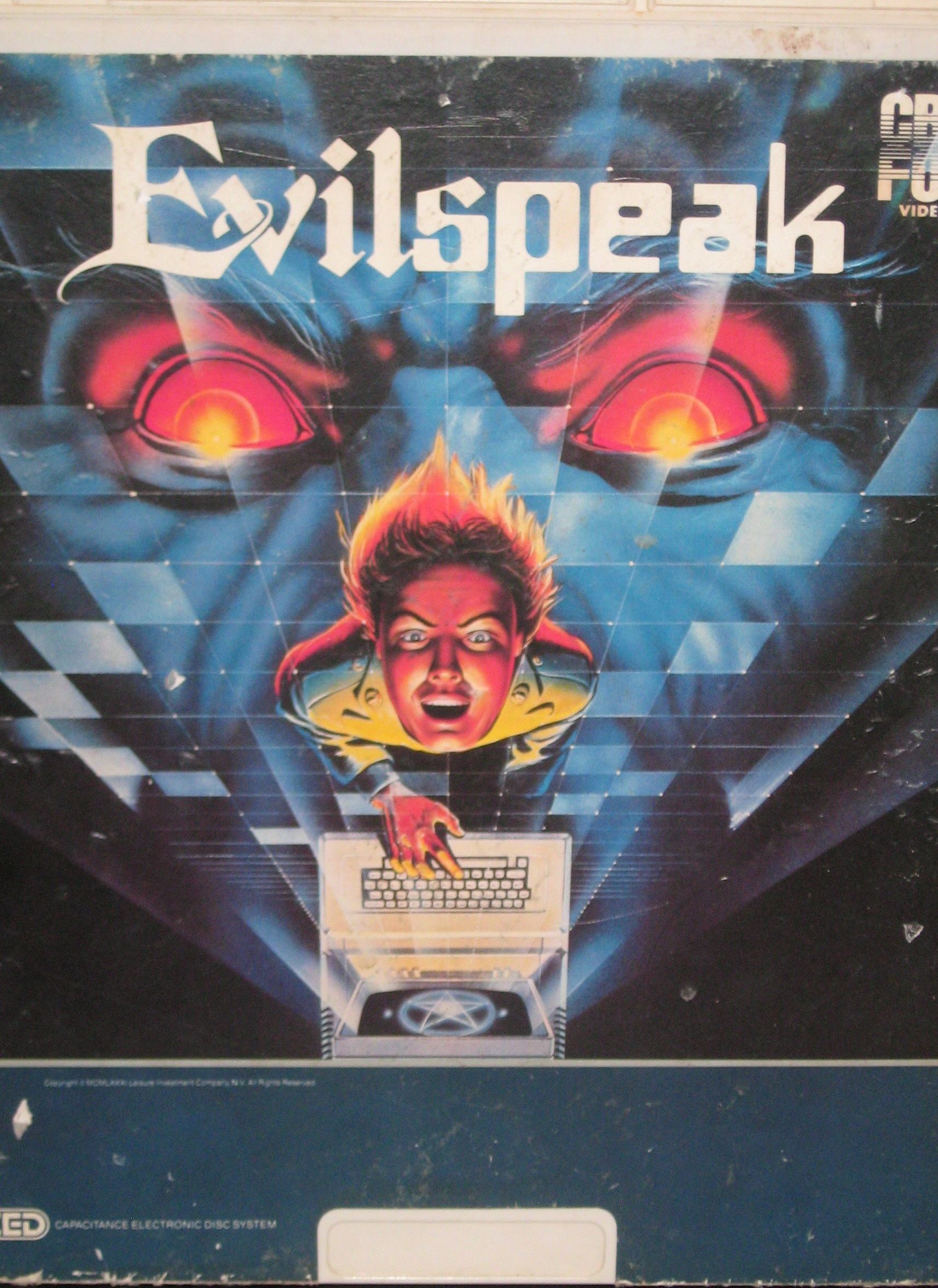 In the 21st century, our home video options include streaming, and — for the dedicated collector or aficionado — DVD and Blu-Ray discs.

But if history had gone just a bit differently, the 1980s would have been the great decade not of VHS (after that format vanquished Betamax…), but the decade of MCA Disco-Vision, RCA Select-a-vision, or even JVC’s VHD (Video High Density) System.

These were the contenders in the arena, and they were all slightly different from one another. 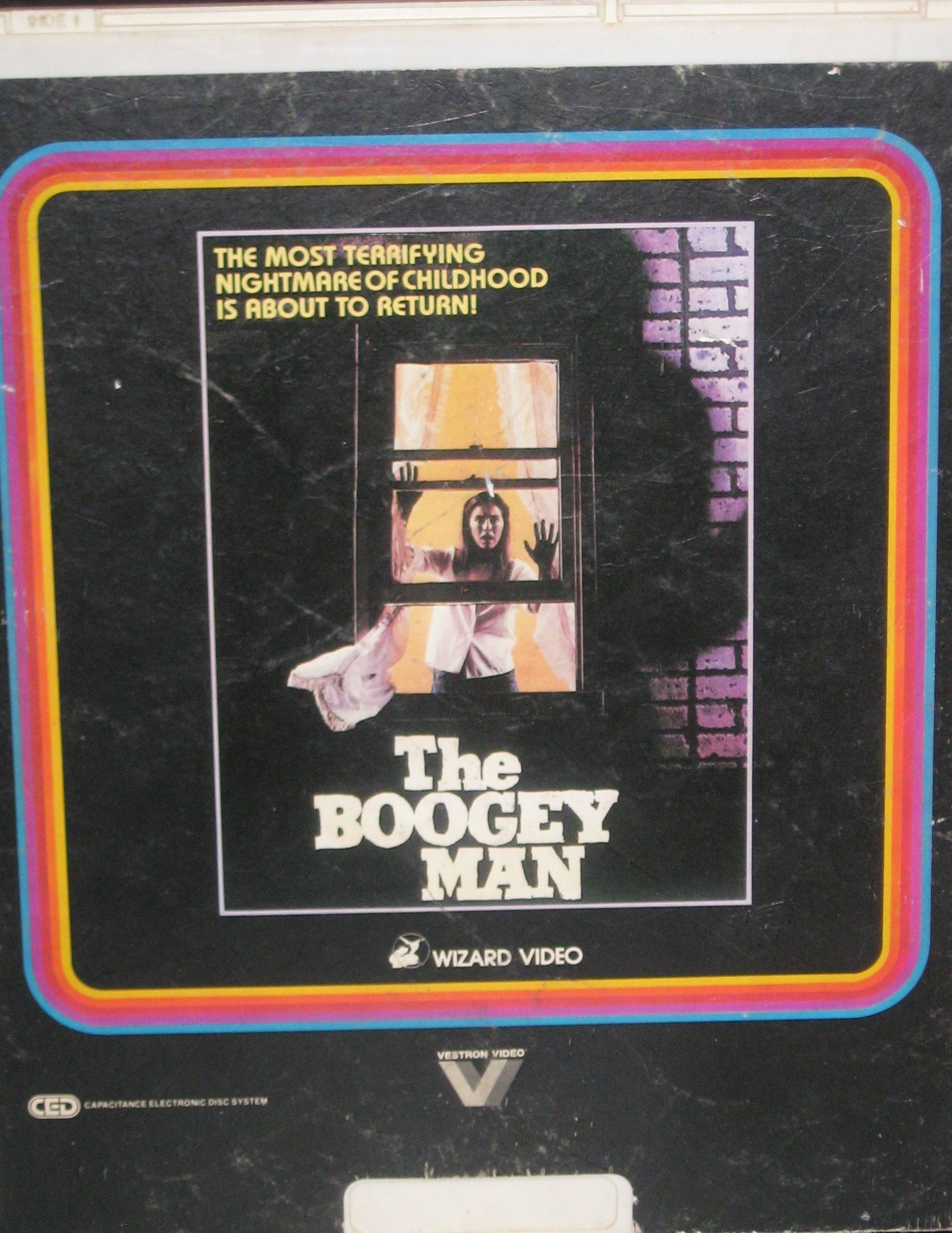 The Select-a-Vision from RCA, for example, was termed a Capacitance Electronic Disc (CED) system.  The CED discs were large scale, just like old fashioned phonographs, or records, and operated on a needle and groove system. Movies on a record album?  Yep, that’s it in a nut-shell.

Although the CED technology was invented as early as 1964, CED movies were not released on the market until 1981. Like laser discs of later vintage, these CEDS could only hold sixty-minutes of data per side, meaning that movies had to be stopped and the discs flipped in mid-progress. The CED system was discontinued in 1986 after poor sales.  And yet, in the early 1980s, before VHS took off, Sears, Montgomery Ward and other retailers anticipated that it was CED that would win the home video revolution. 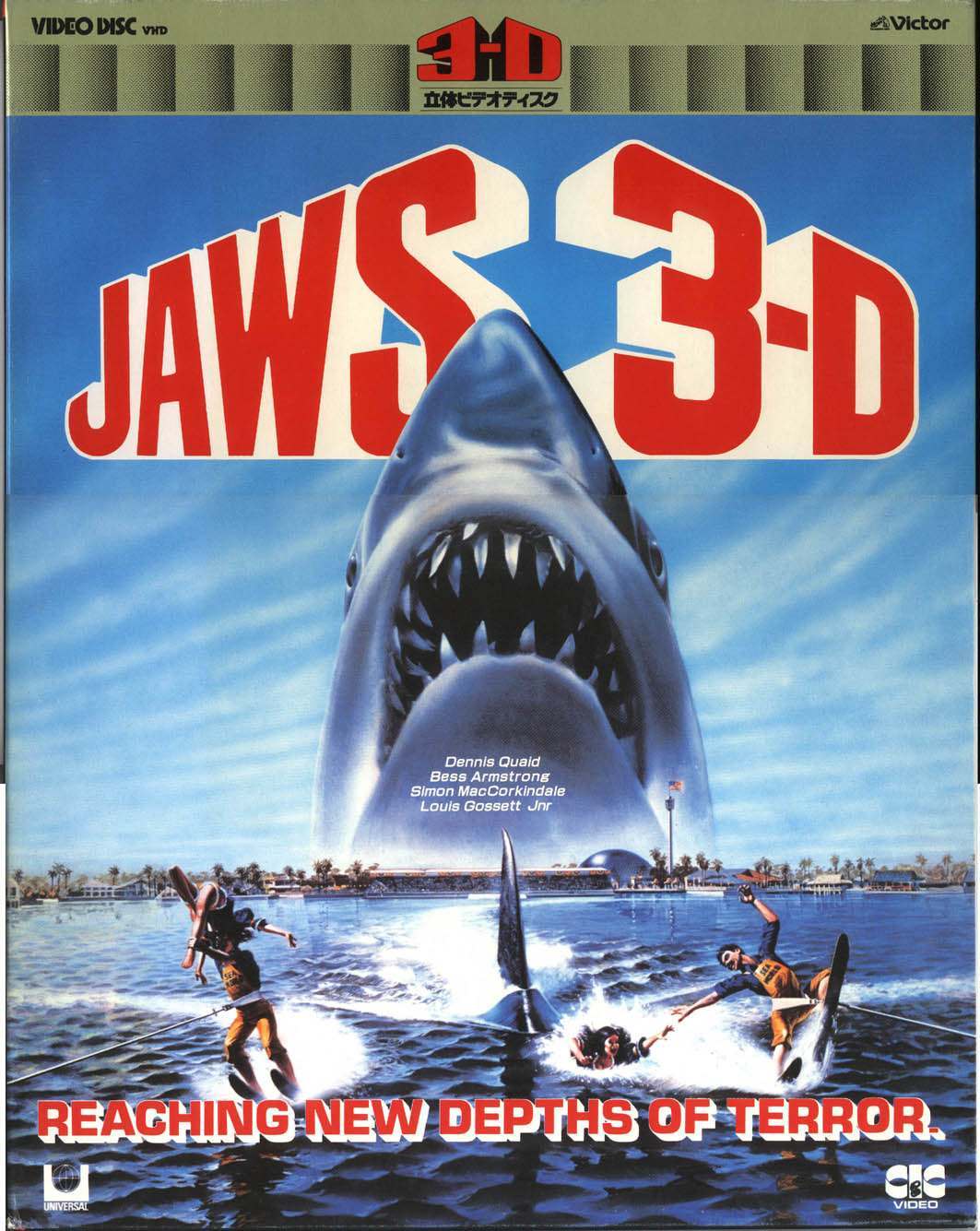 The VHD System, from JVC (a subsidiary of Matsushita) was unveiled in 1979 and marketed in the early 1980s.  These discs used a stylus (like the CED), but the discs were groove-less, a factor believed to diminish visual hiccups on playback.

The VHD system was marketed as the low-cost alternative to laser discs.  The pitch was: “More to see! More to Hear! More to Learn! More to Share! More to Experience!”  A “universe of excitement” was promised. 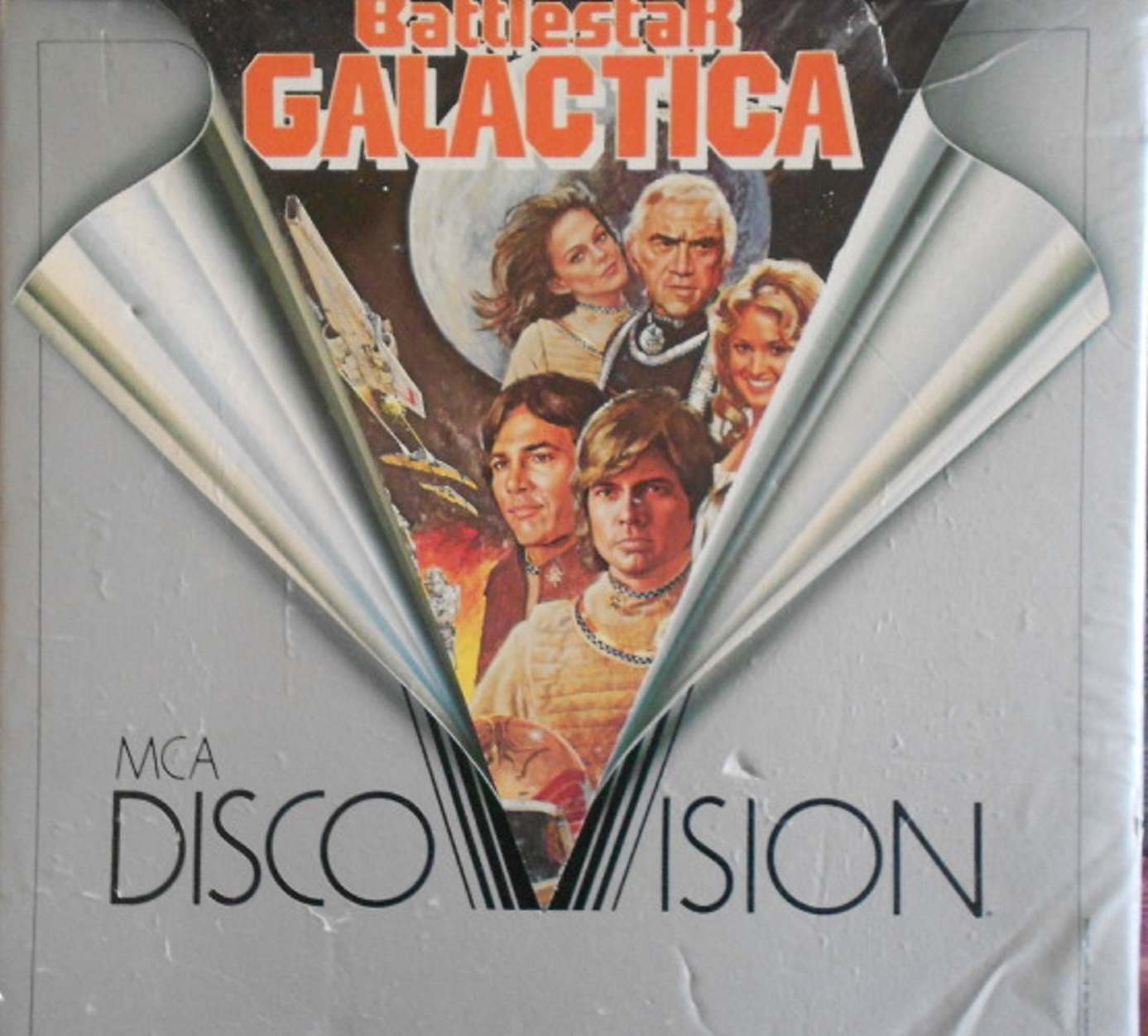 MCA Disco-Vision, also known as the Video Disc System, premiered in 1978, and since MCA owned Universal Studios, a good number of Universal movies (including Jaws [1975] and Buck Rogers in the 25th Century [1979]) made their way to this format.

The Disco-vision format was adopted for the Laser Disc, which soon became the primary disc alternative for those who were not infatuated with VHS format. During the mid-1980s, film lovers, scholars, and critics began to see and understand the inherent limitations of the VHS home-video format — including cropping and pan-and-scan technologies — and opted for expensive laser disc instead.  I know, because I was one of those film lovers who did so, in the nineties owned two Pioneer Laserdisc players and a library over two hundred movies and TV episodes (including a near complete-run of Space: 1999 episodes). 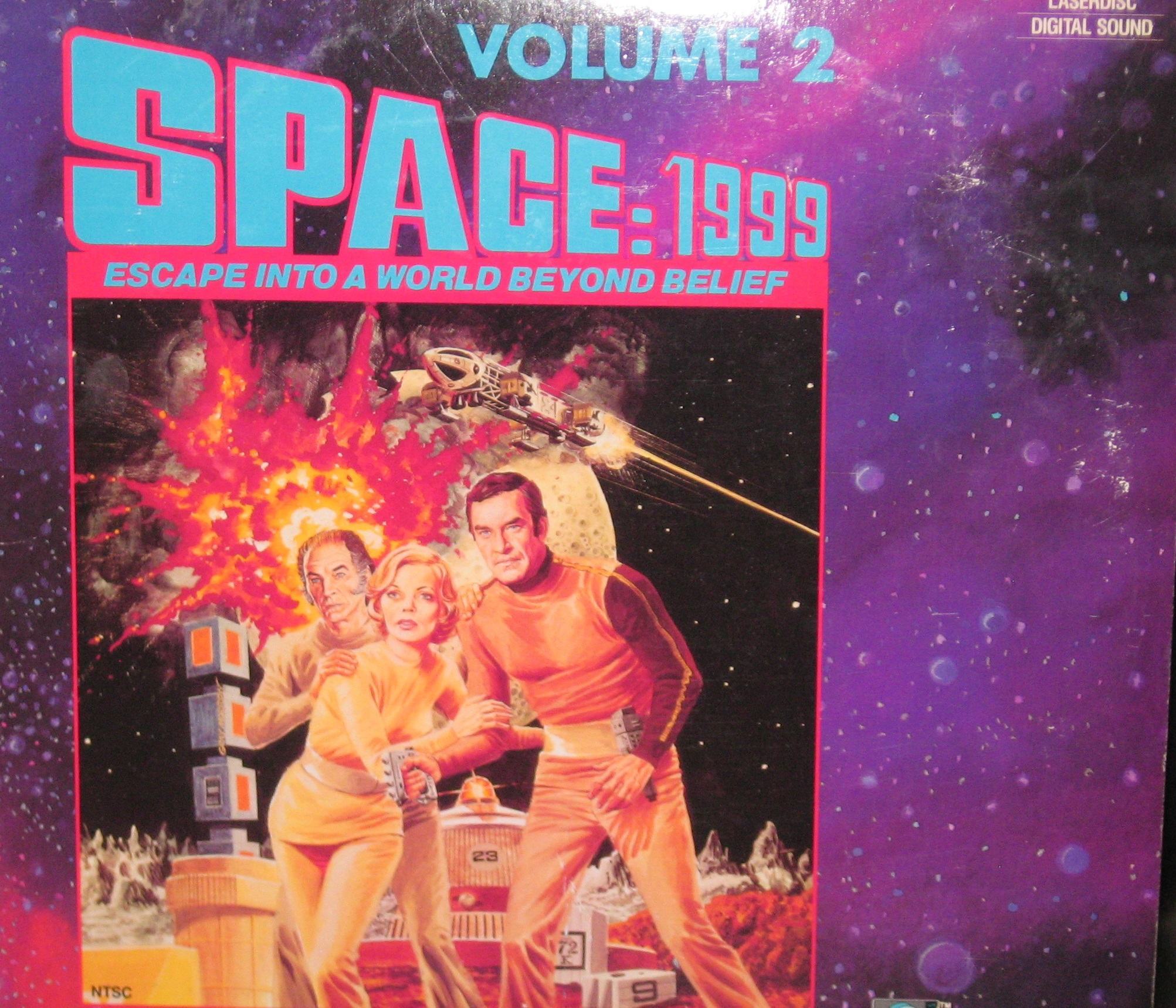 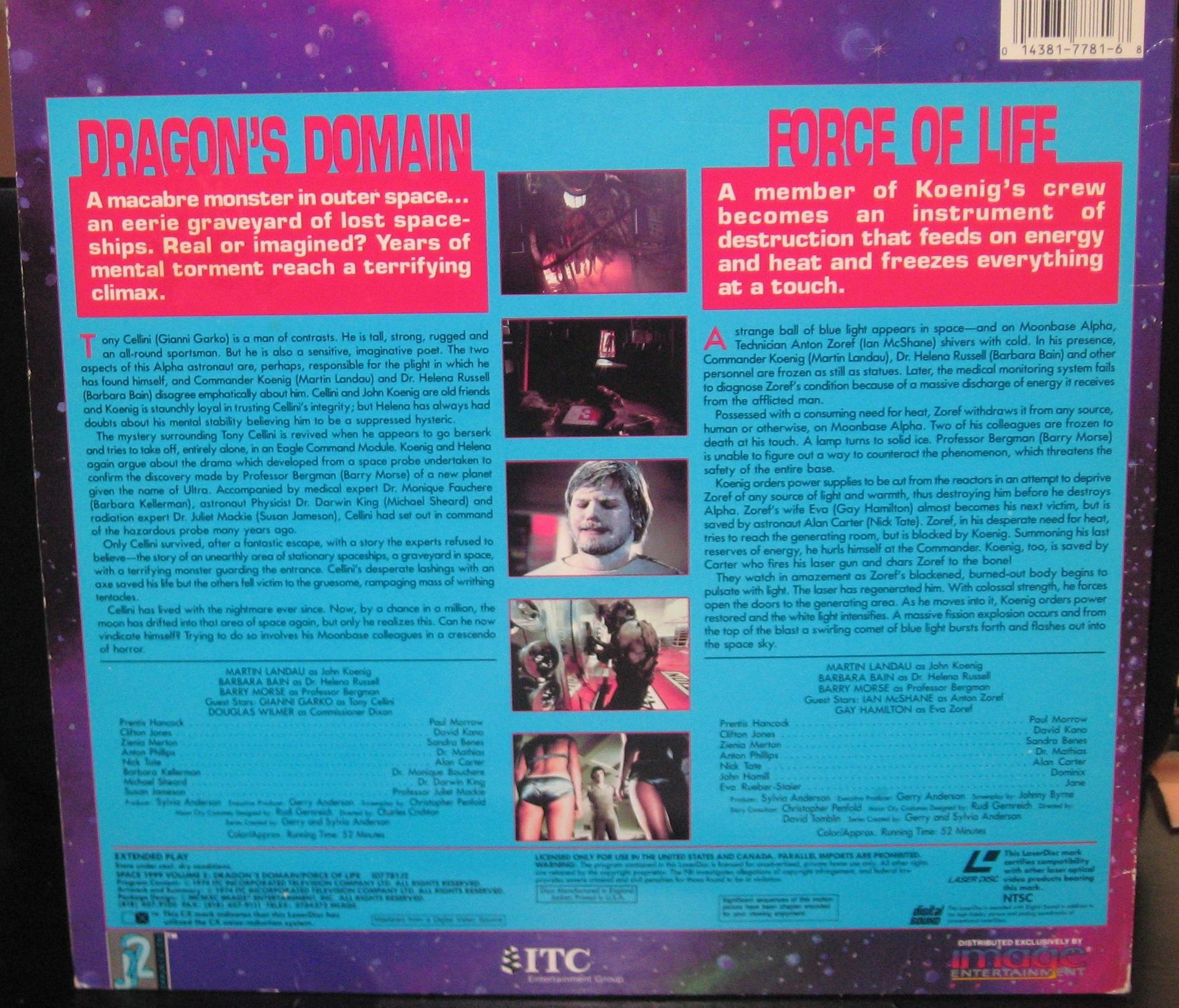 One of the tremendous benefits of the laser disc “optical storage” medium was that, as a collector’s format, it almost universally featured films in their original, theatrical widescreen ratio.  You didn’t losing anything of value, frame-wise, and the picture was crystal clear.

Laserdiscs were wonderful as well, for their capacity to navigate frame-by-frame (in CAV mode, anyway).  If you enjoyed looking at director’s compositions, or studying special effects, this was an amazing valuable tool.

Laserdiscs could also feature a host of extras outside the film itself, both on the discs and on the over-sized, record album-like packaging.  The laserdisc for Aliens (1986) and The Abyss (1989), for instance, featured extended cuts of the film not available elsewhere.

This is kind of “extra” taken for granted in today’s environment of DVD and Blu Rays, but in the 1990s, especially, laserdiscs were the only game in town for “gourmet” video collectors.

It is fair to say that the MCA Discovision (eventually Laser Discs) won the disc war of the 1980s, but still fell to  (inferior quality) VHS in terms of popularity.  One study conducted by the industry suggested that by the end of the 1990s, only 2% of homes in America even had laser disc players (10% in Japan).

Of course, video discs came back with a vengeance with DVDs in the 2000s, and might accurately be termed children of the laserdisc format.

Alas, those old big disc formats of the 1980s, proved either affordable or popular.