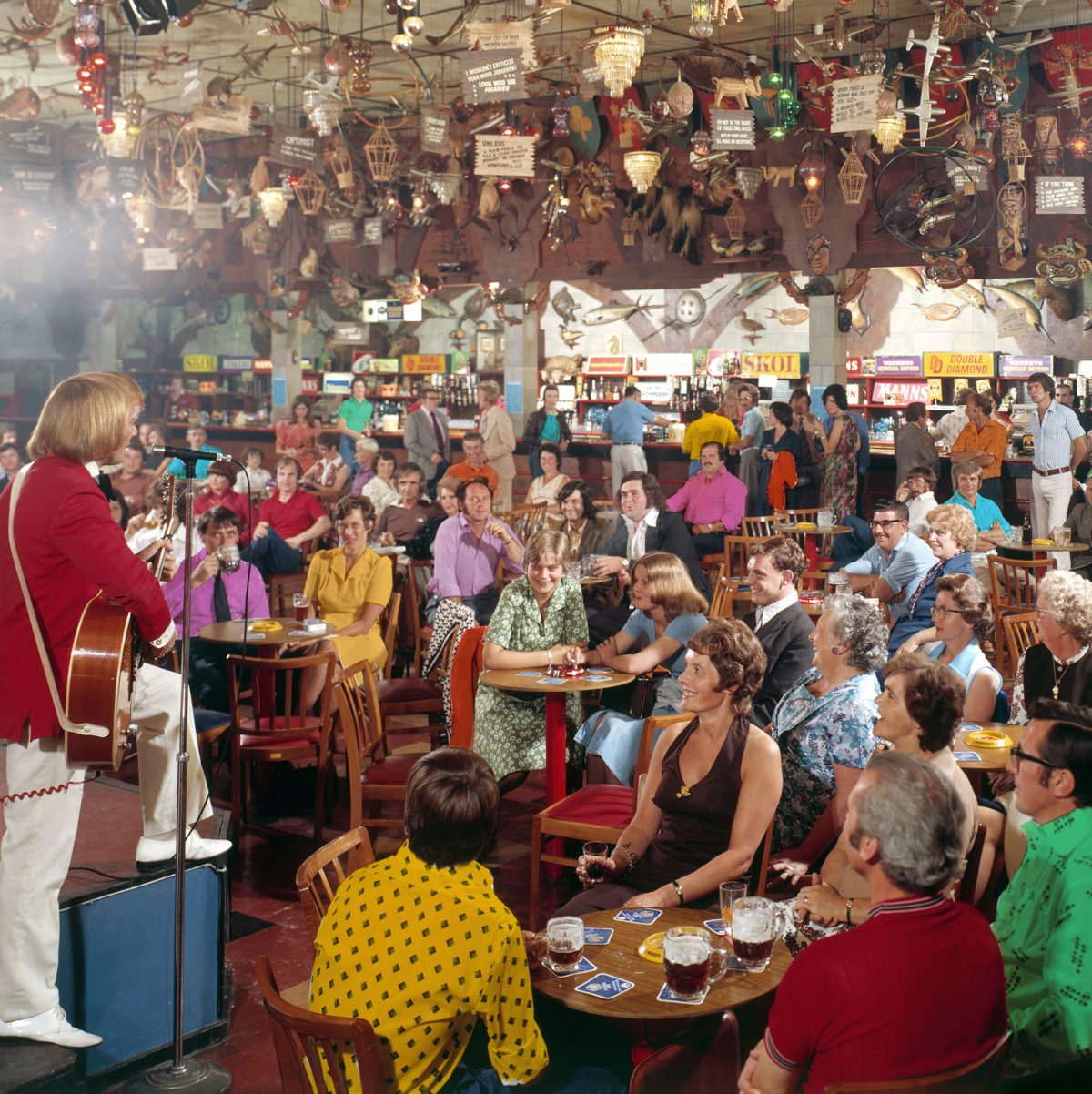 In the late 1960s and early 1970s, the prestigious John Hinde Studio, based in Dublin, produced a series  of elaborately staged photographs that were made into postcards. The most popular of these were the amazing colourful John Hinde Butlin’s photographs. In those days more than a million Britons had a holiday at one of Butlin’s holiday camps every year. Three photographers, two German (Elmar Ludwig and Edmund Nägele) and one British (David Noble) took photographs to Hinde’s detailed and meticulous instructions.

Each photograph utilised a large cast of real holidaymakers acting out roles in huge, beautifully lit ‘narrative tableaux’ of Beachcomber bars, gardens, outdoor swimming pools, ballrooms and snooker halls. The Somerset born Hinde sold his company in 1972 to pursue his love of painting. 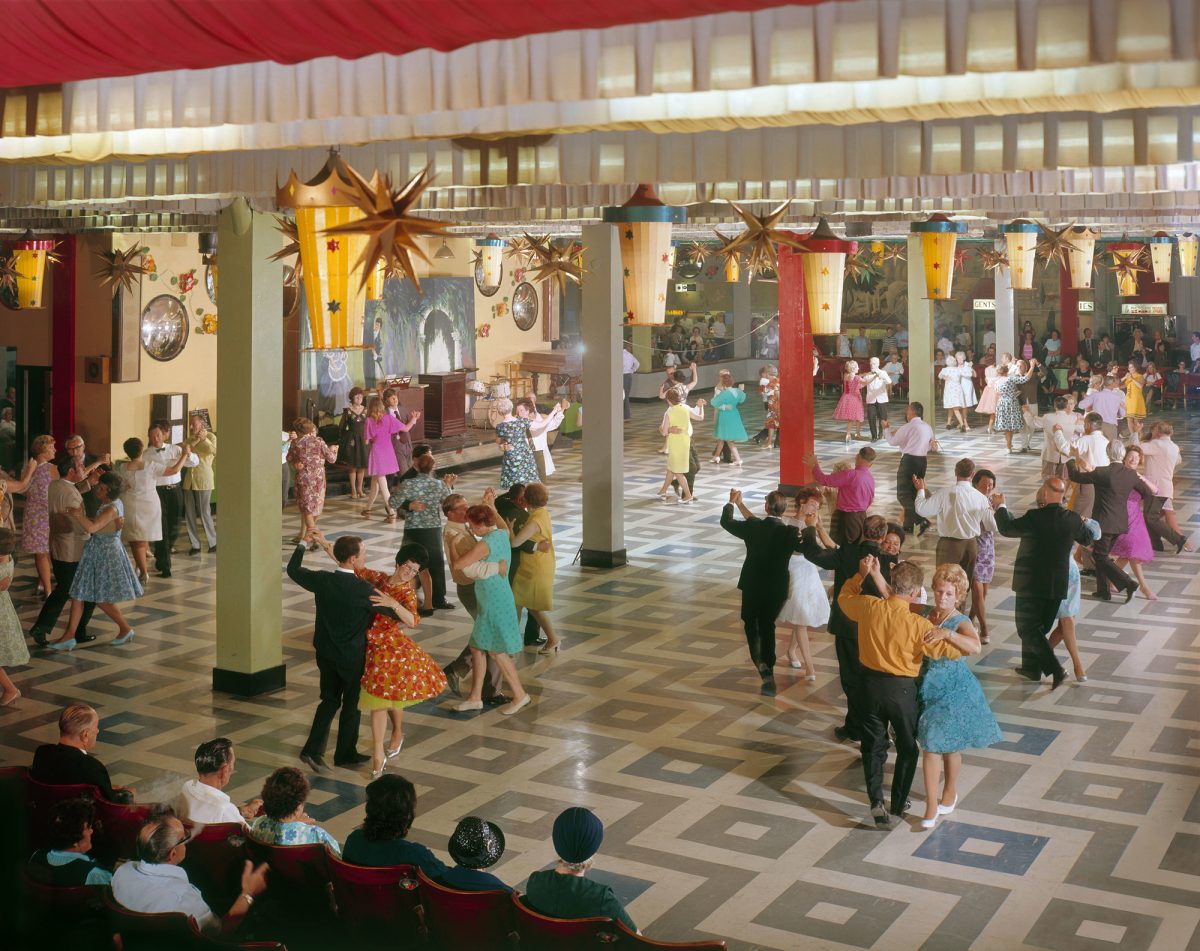 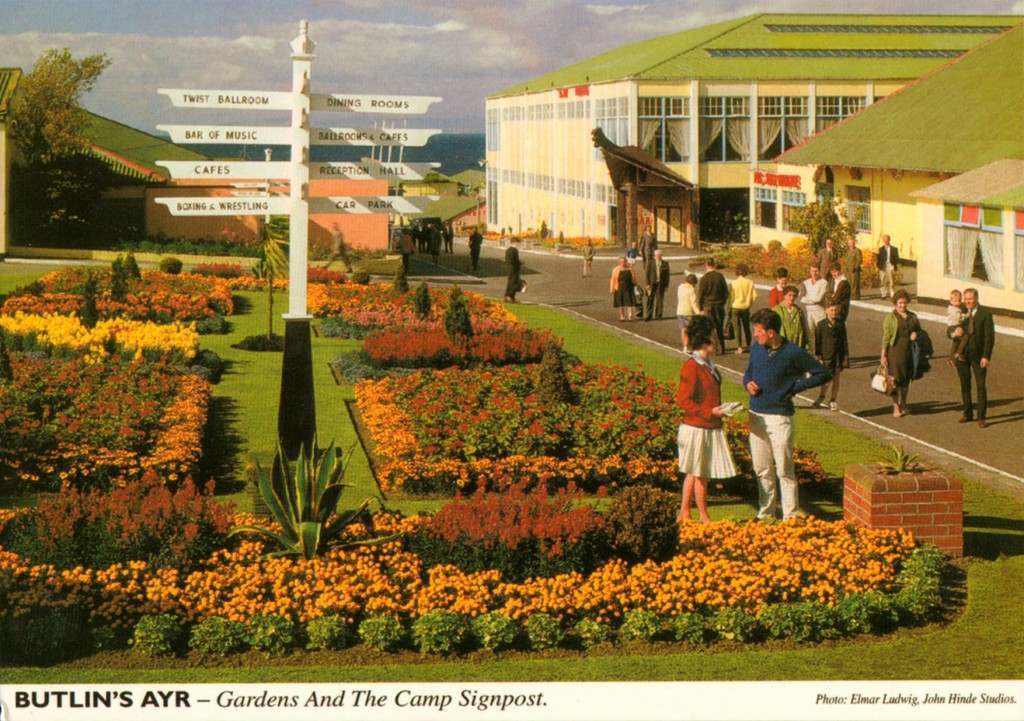 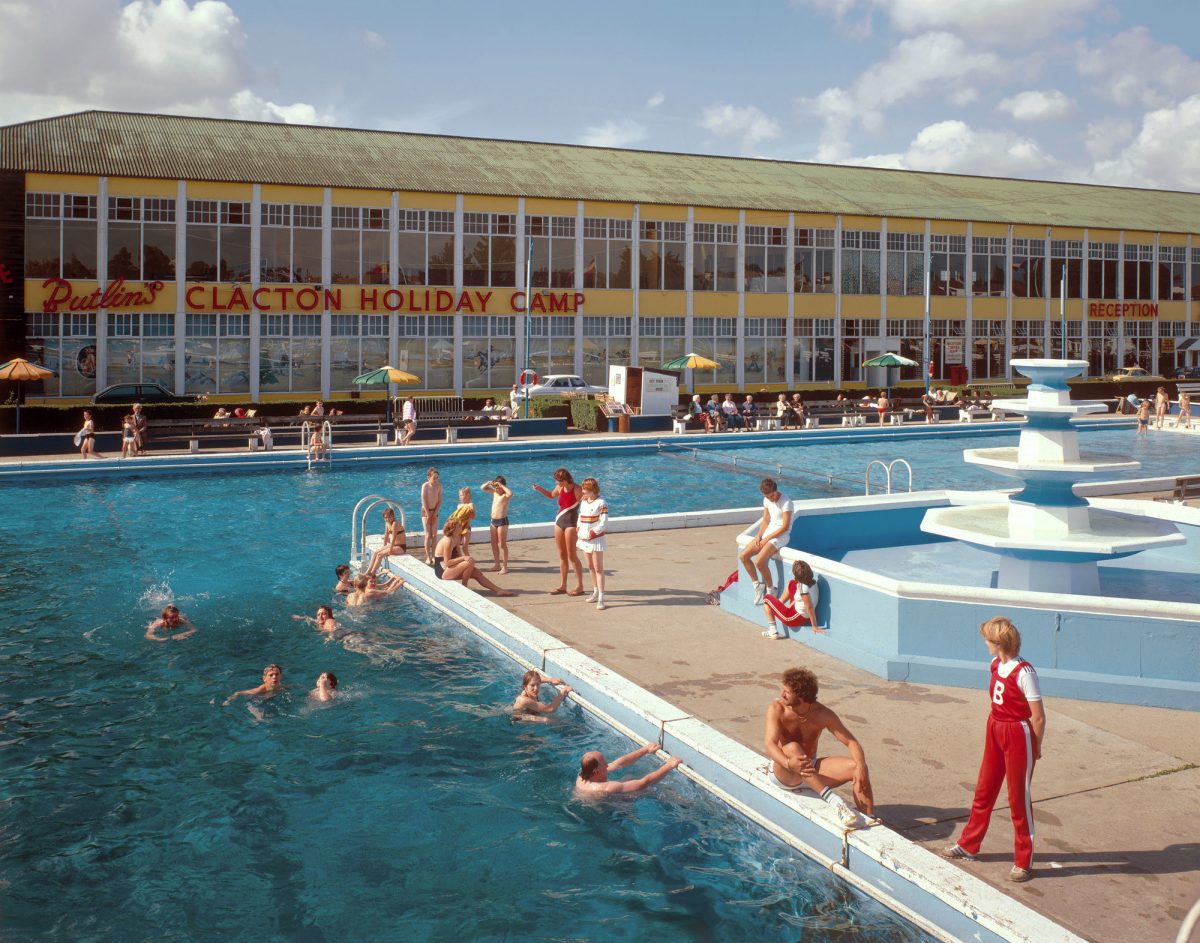 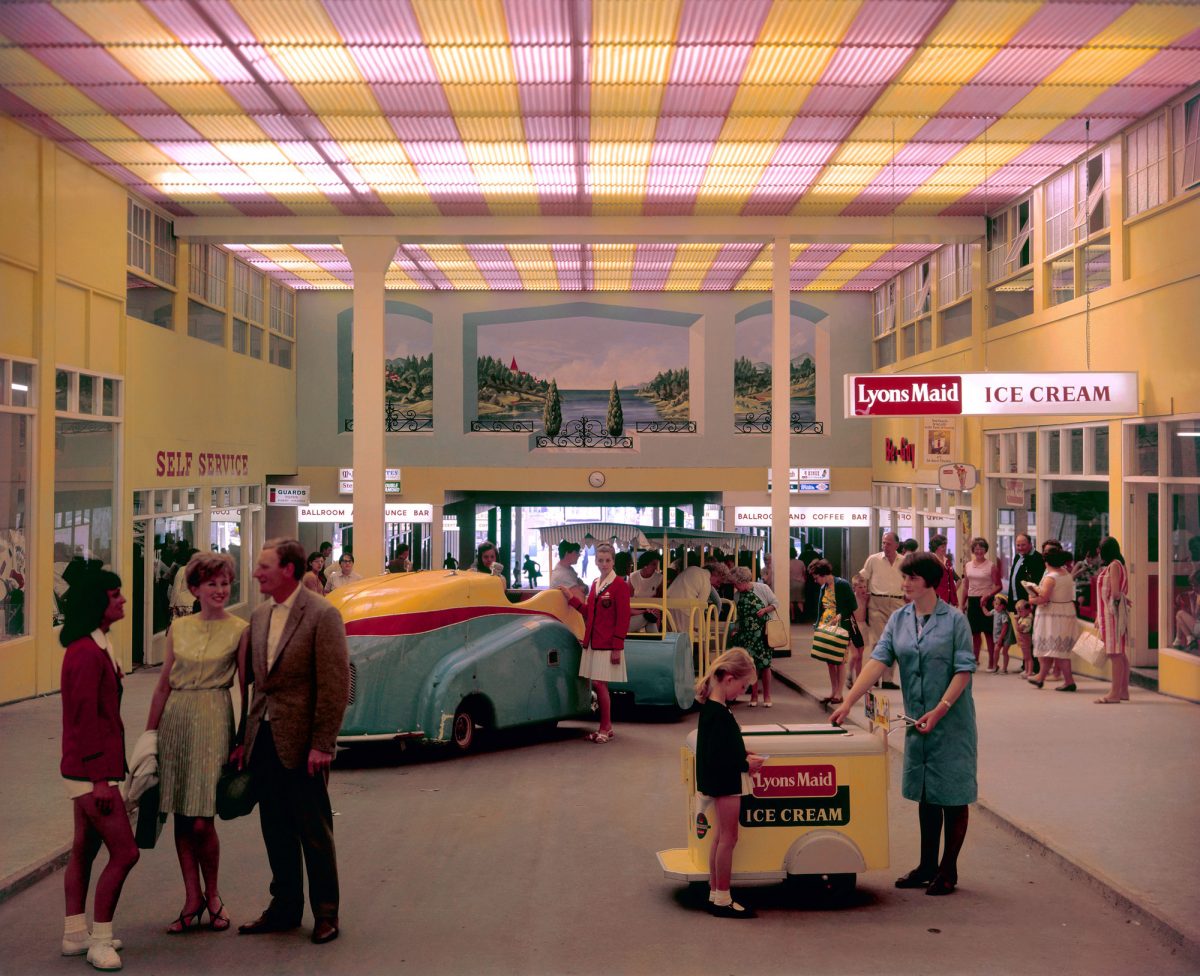 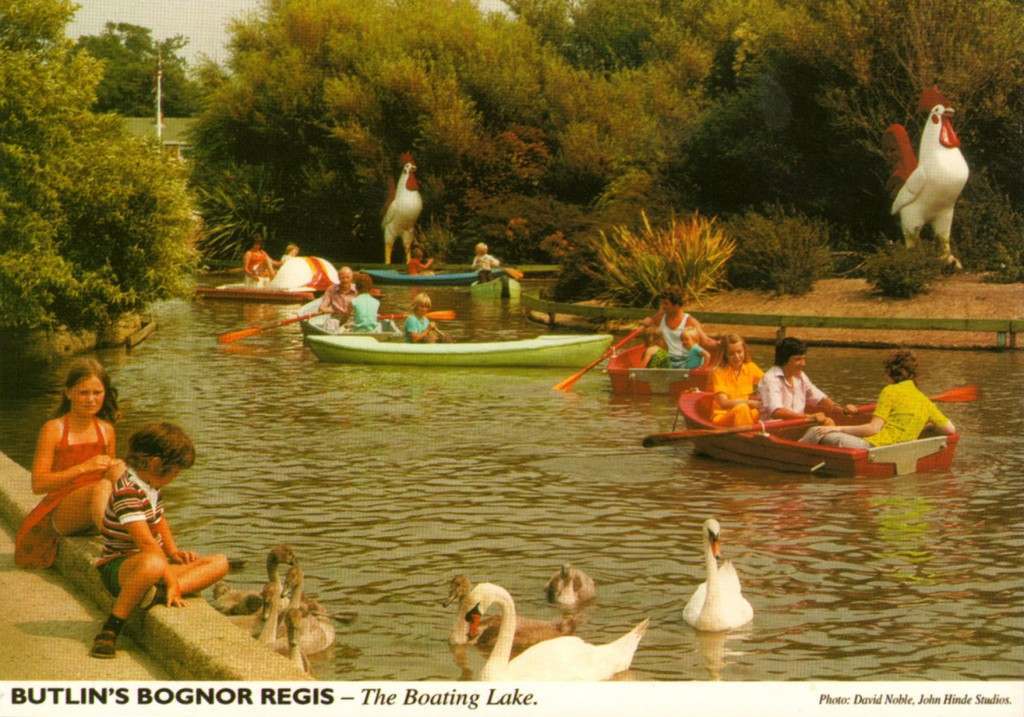 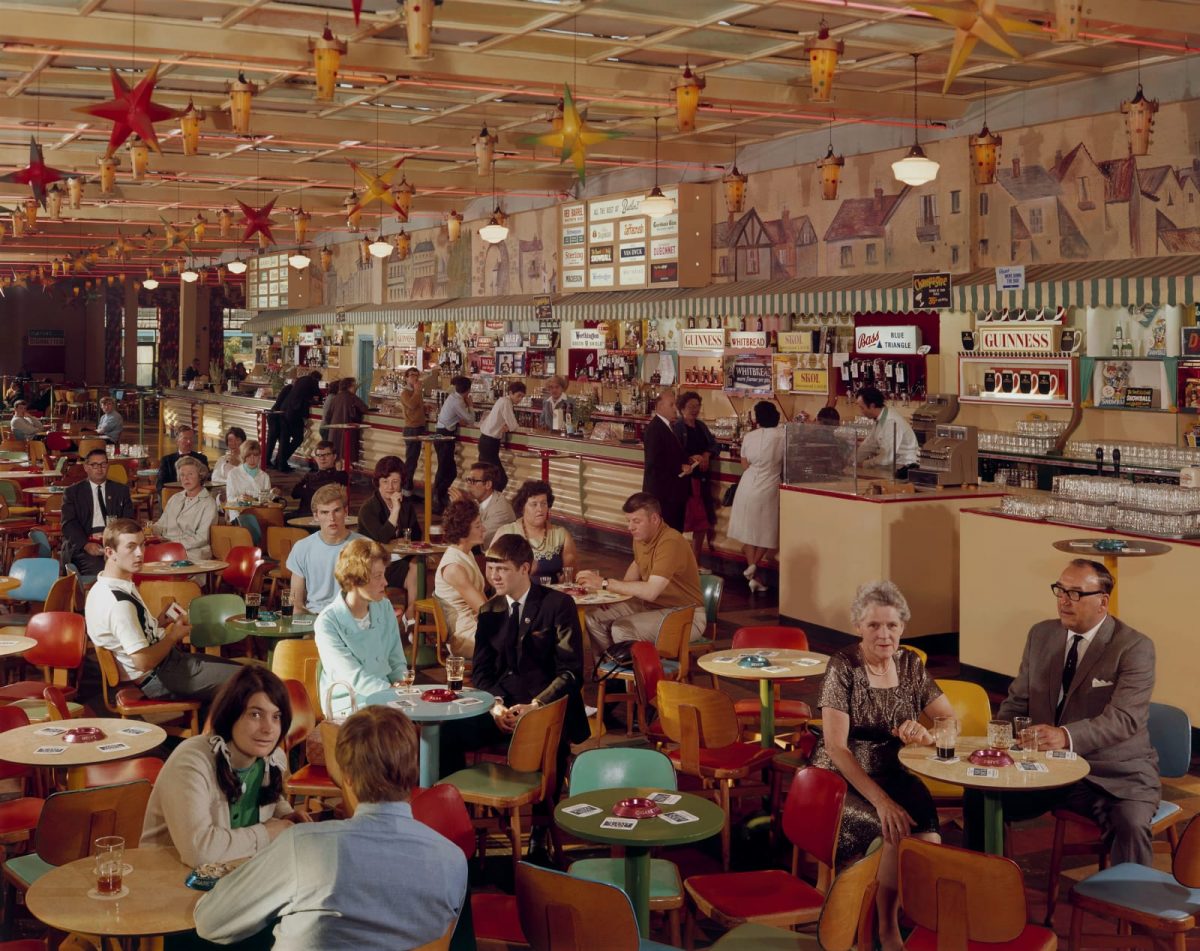 The French Bar at Filey’s Butlins 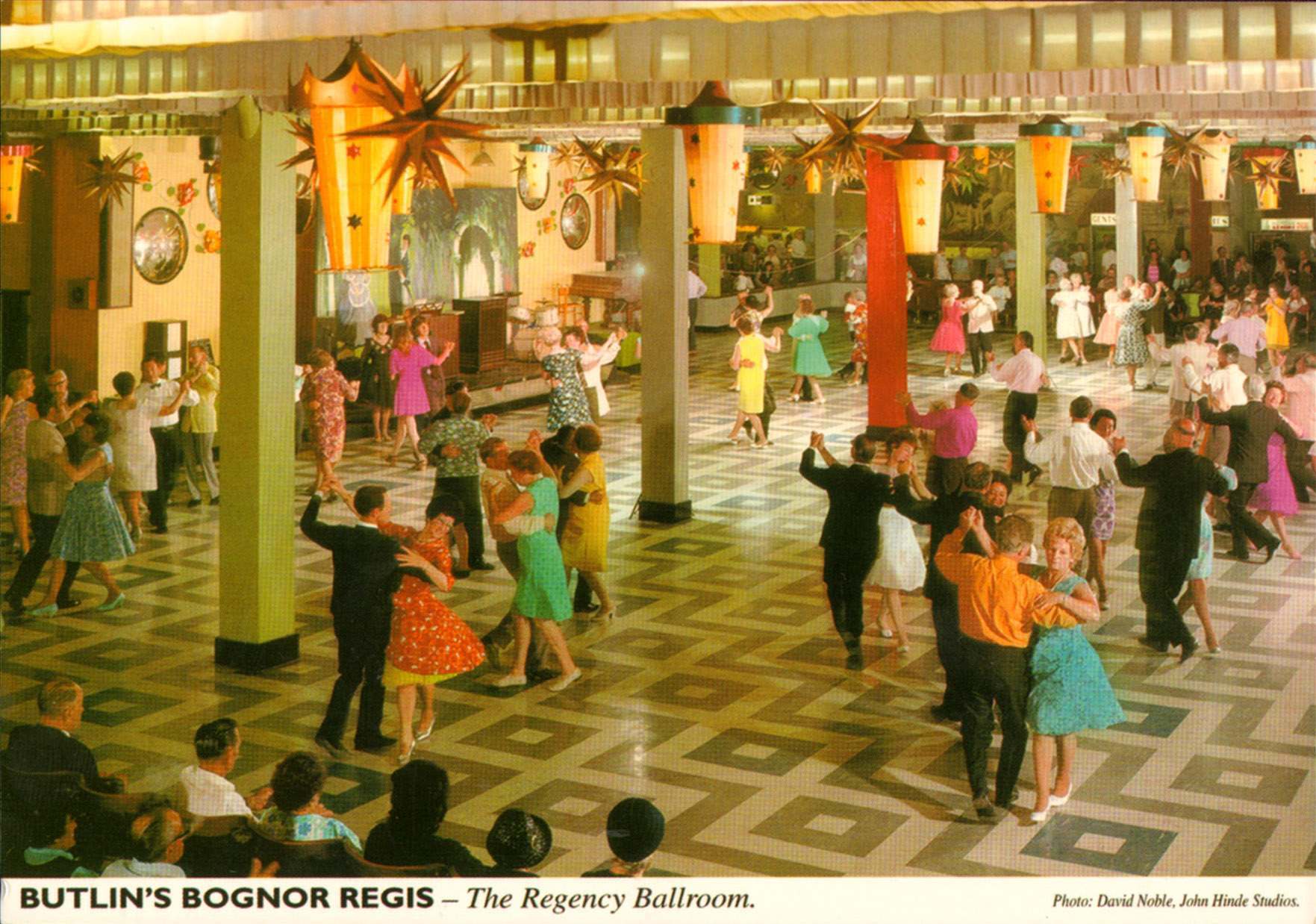 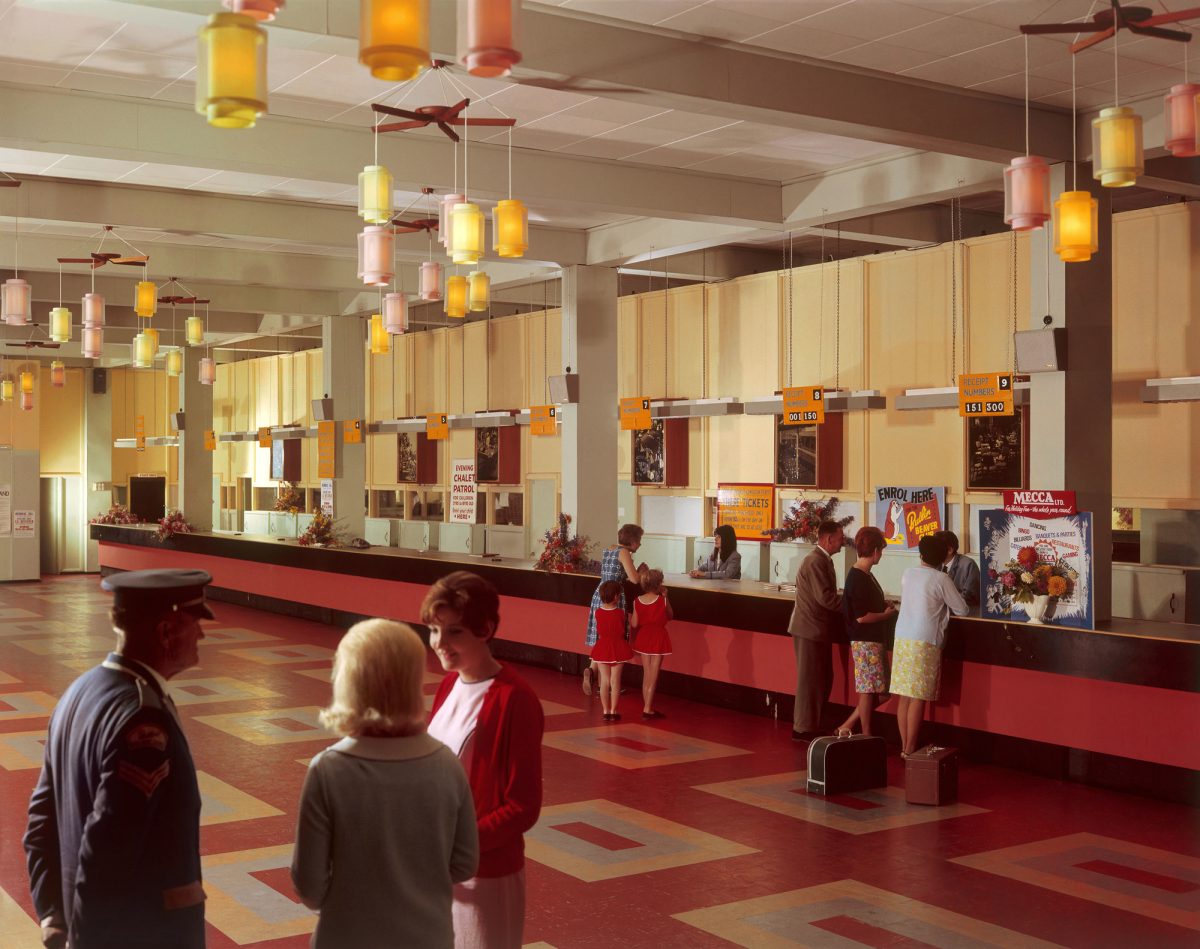 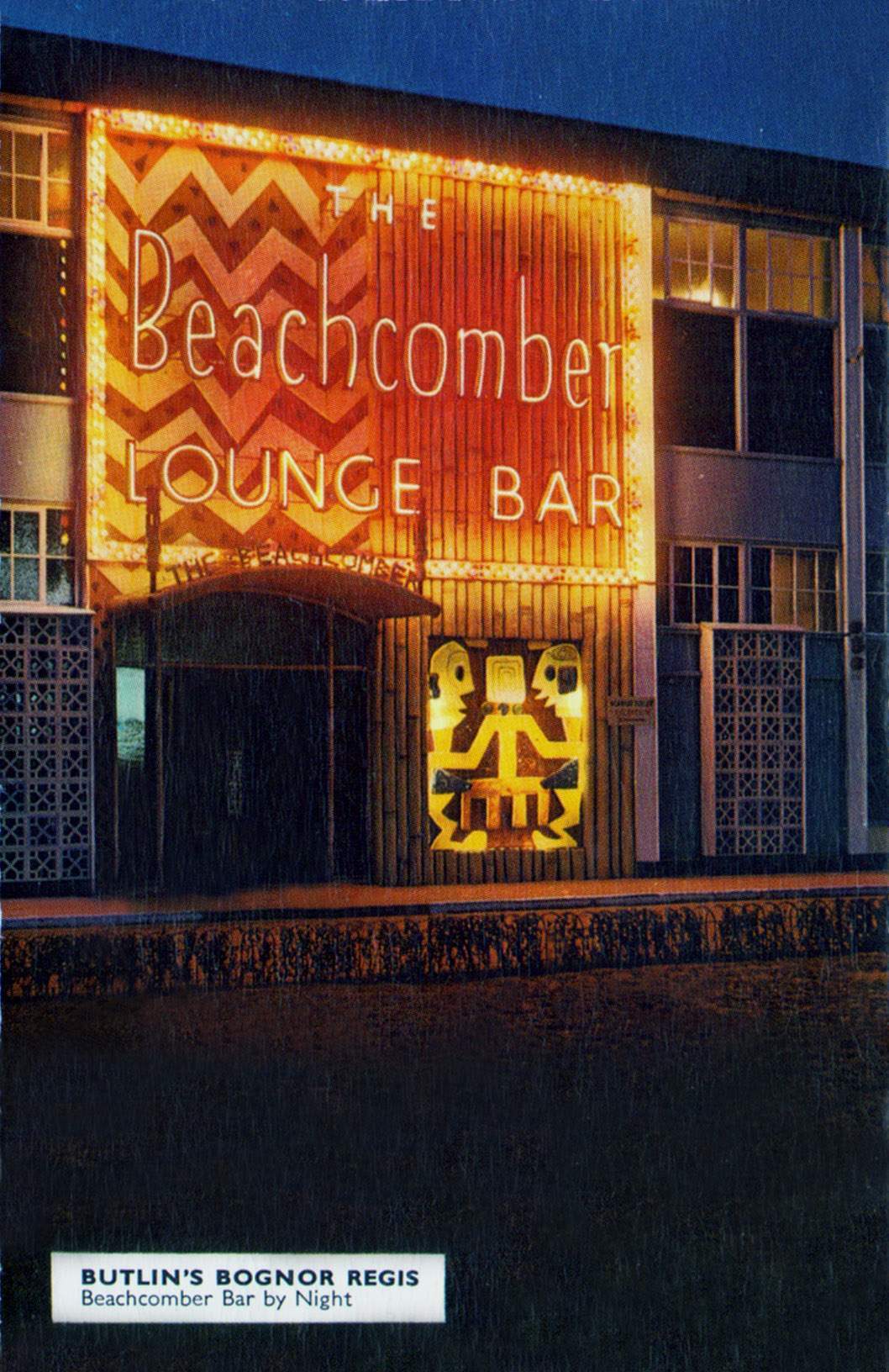 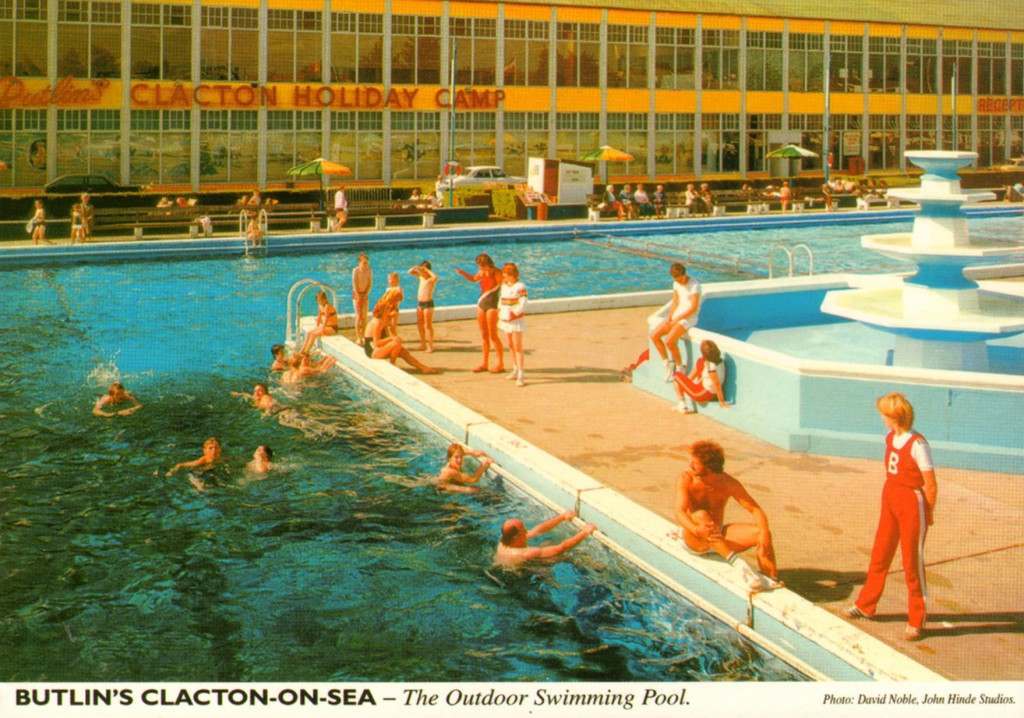 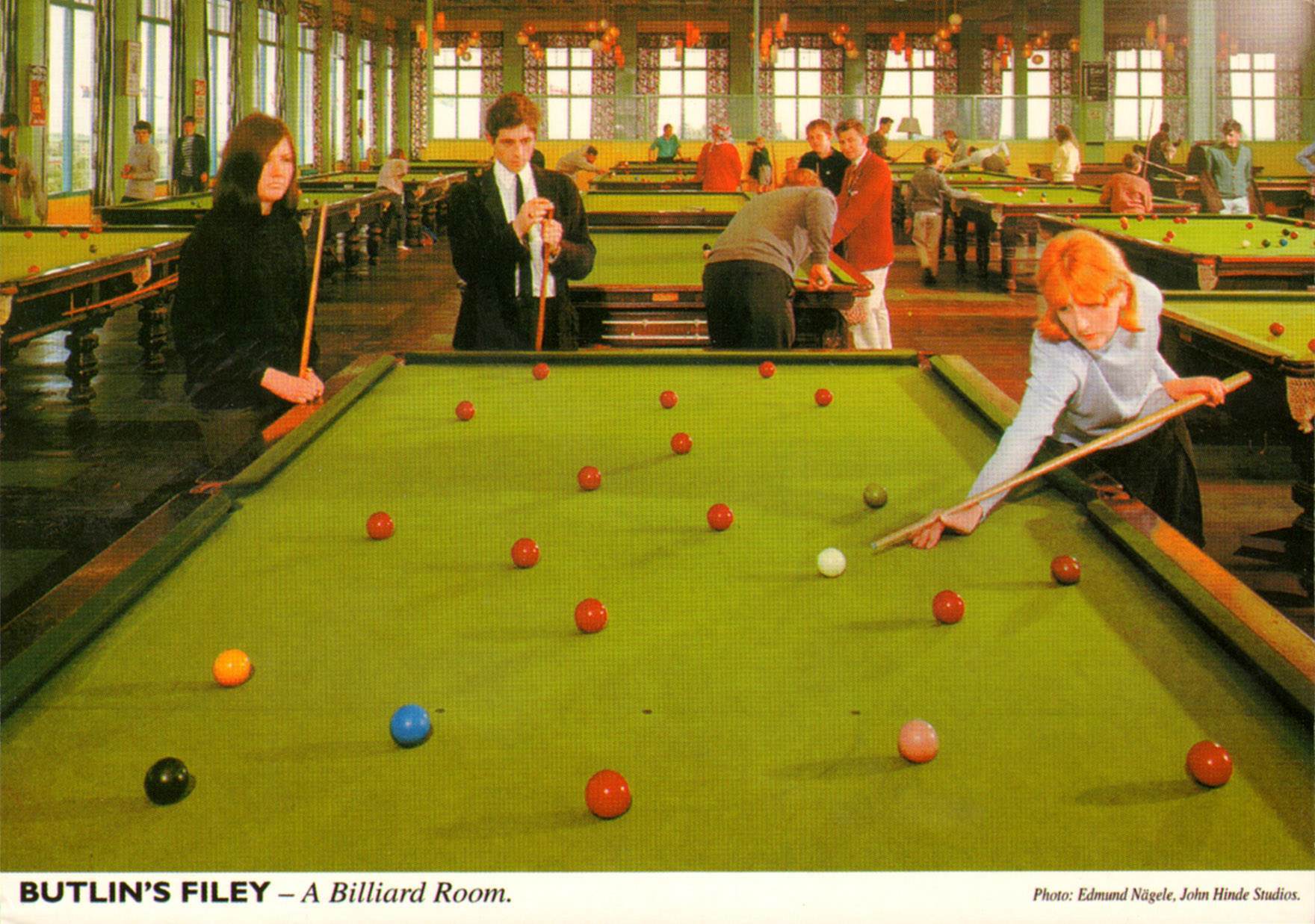 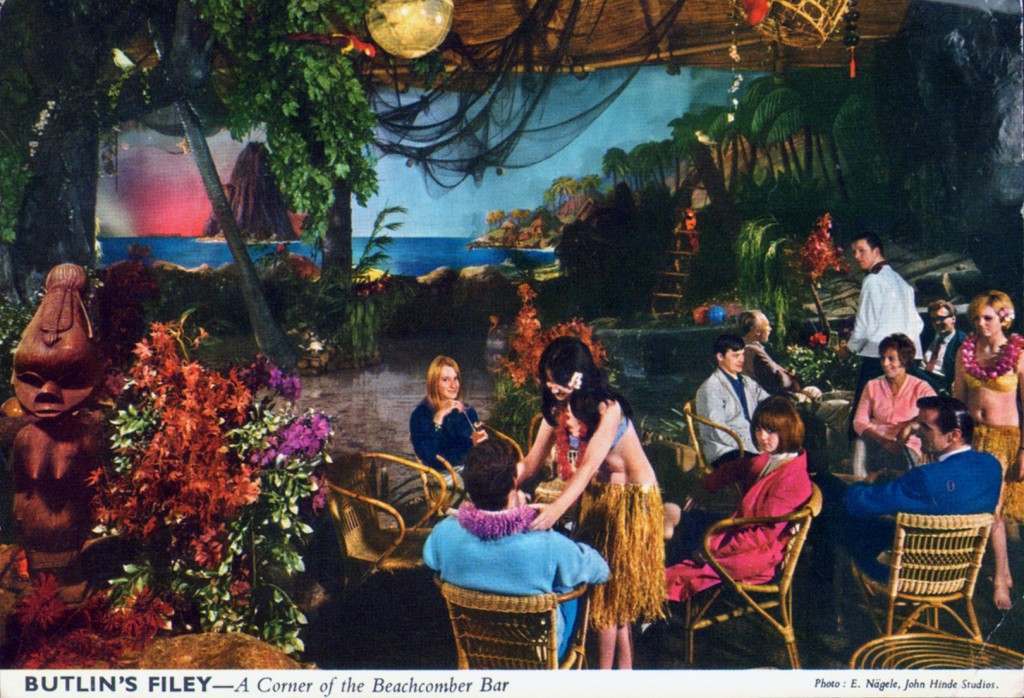 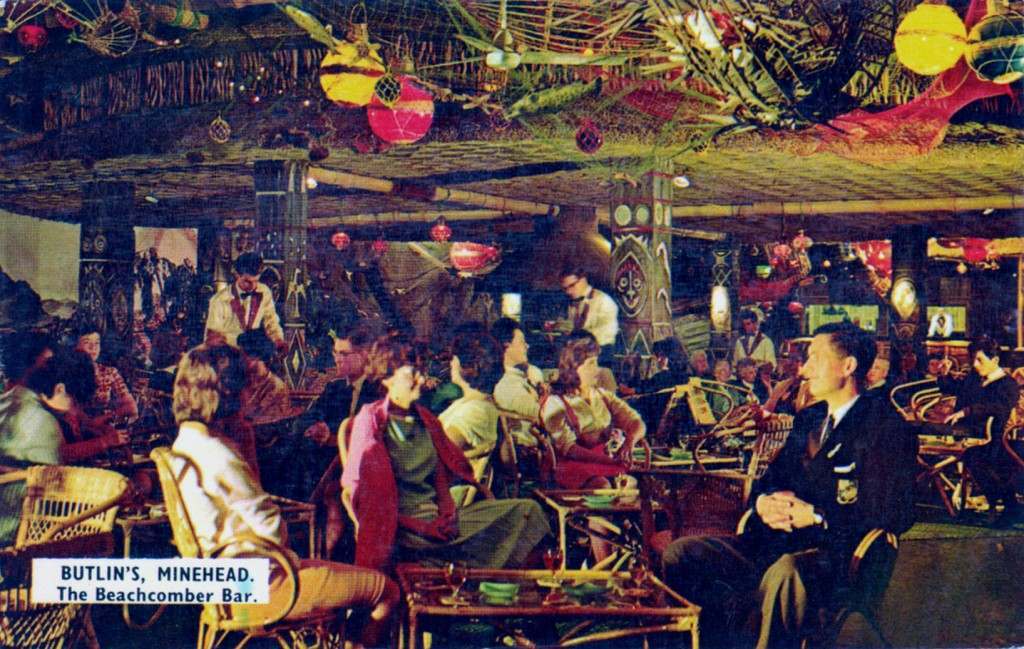 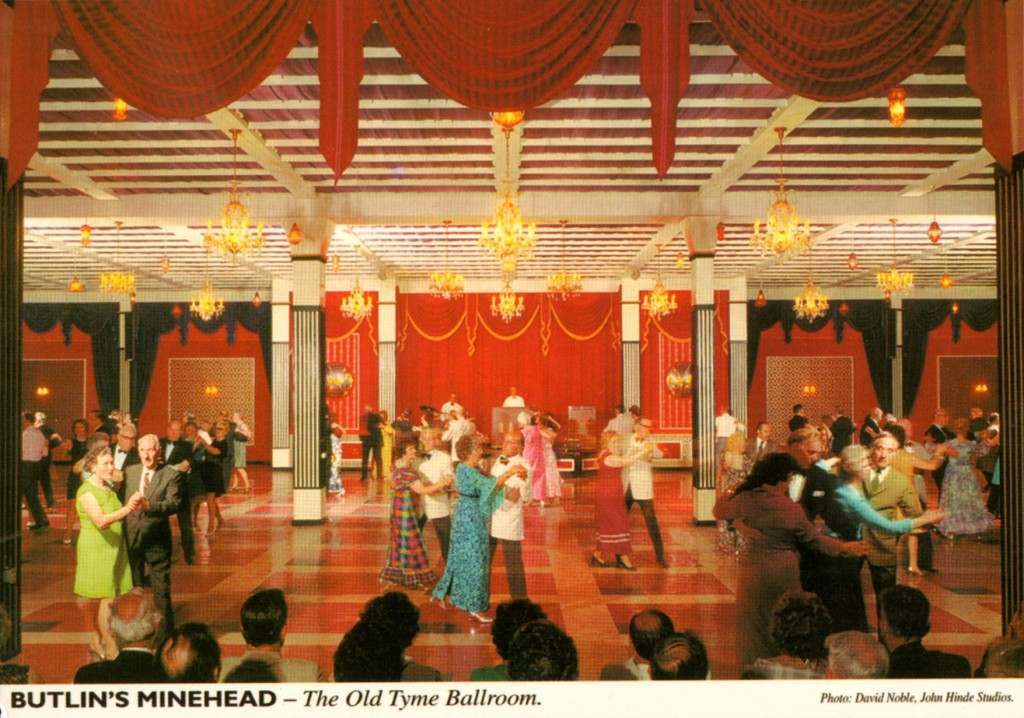 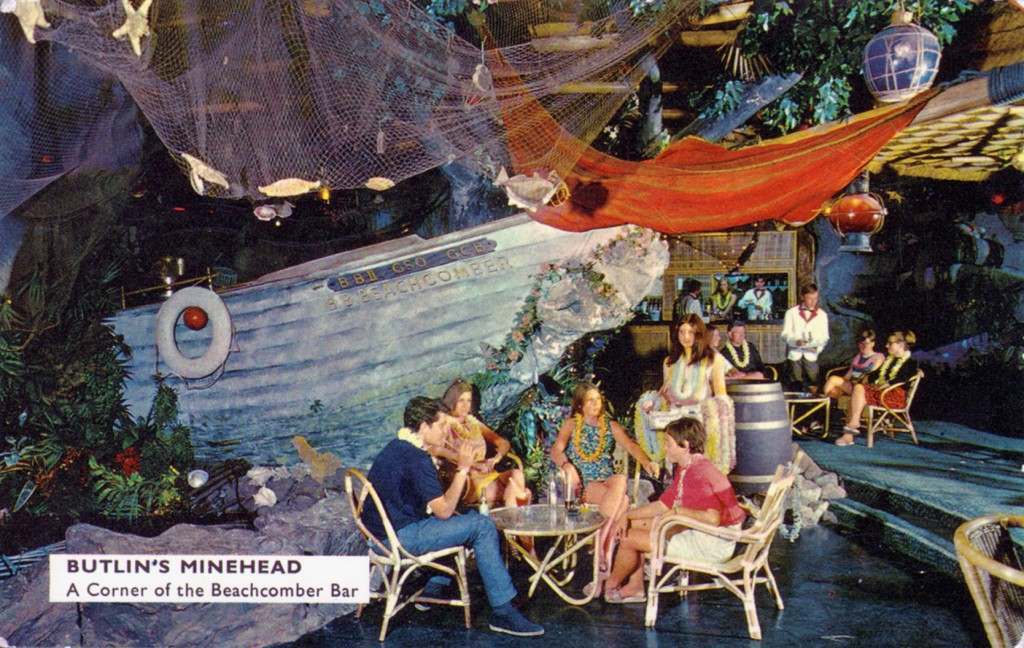 Butlin’s Minehead A Corner of the Beachcomber Bar 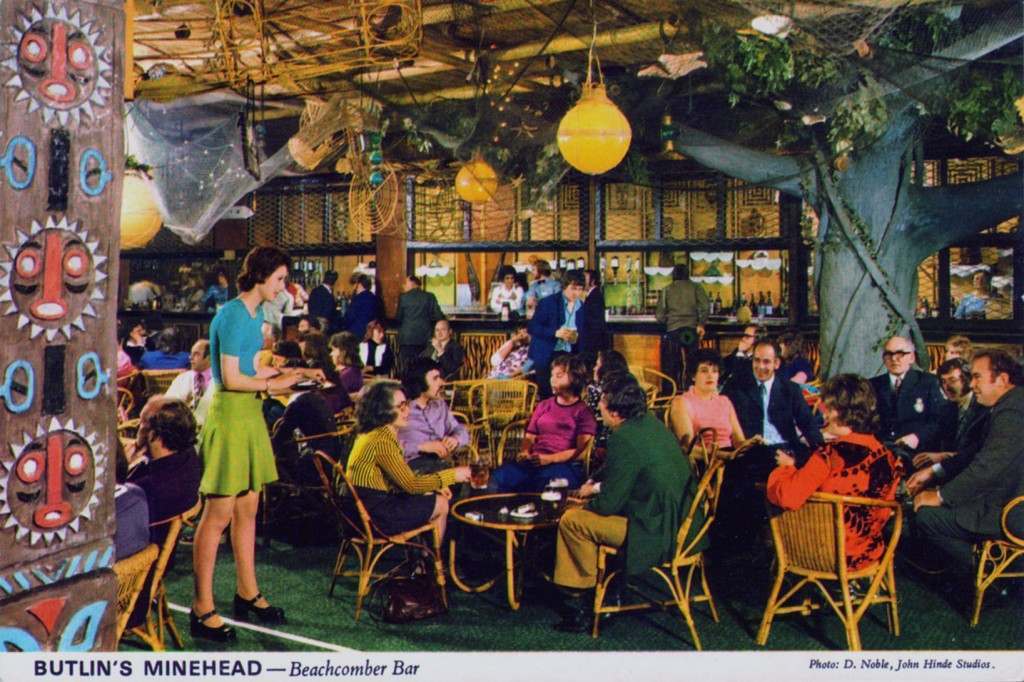 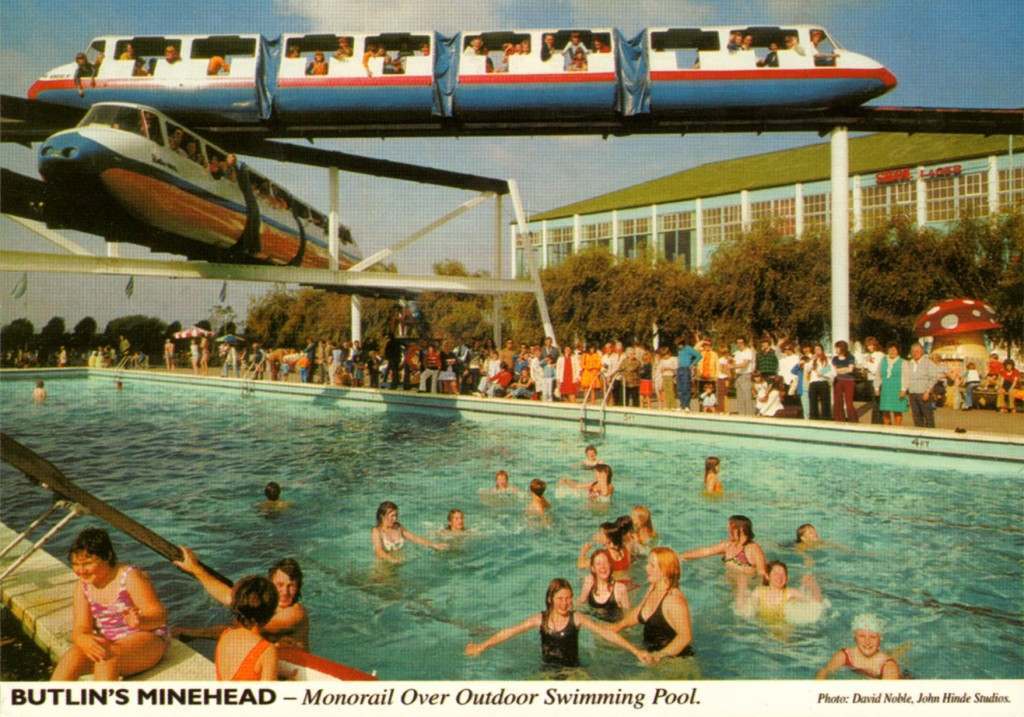 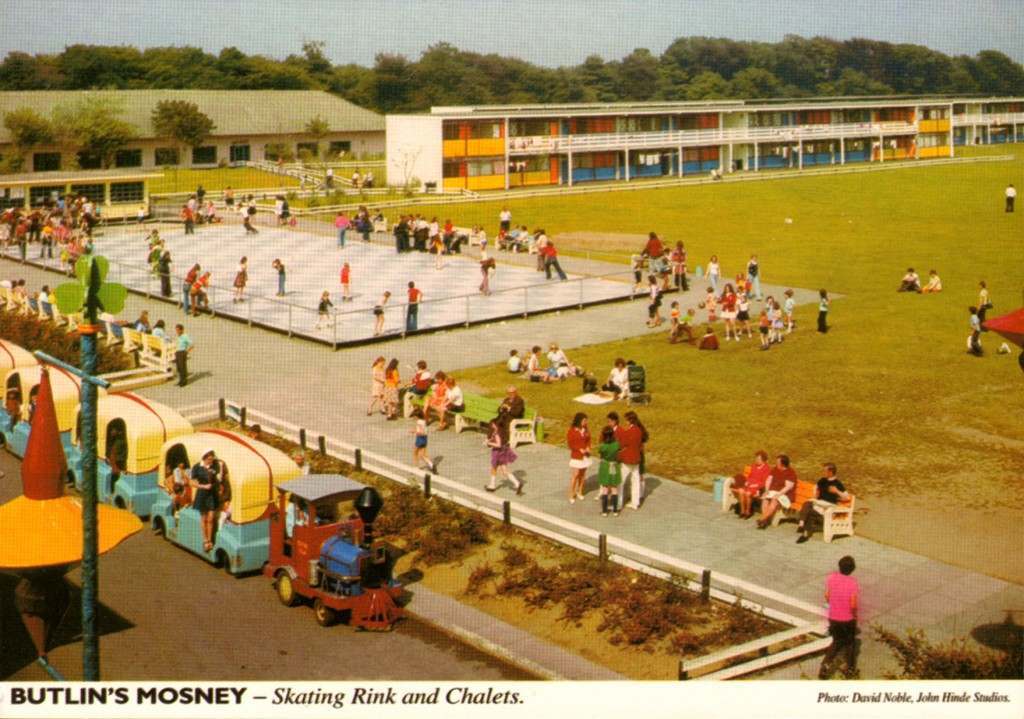 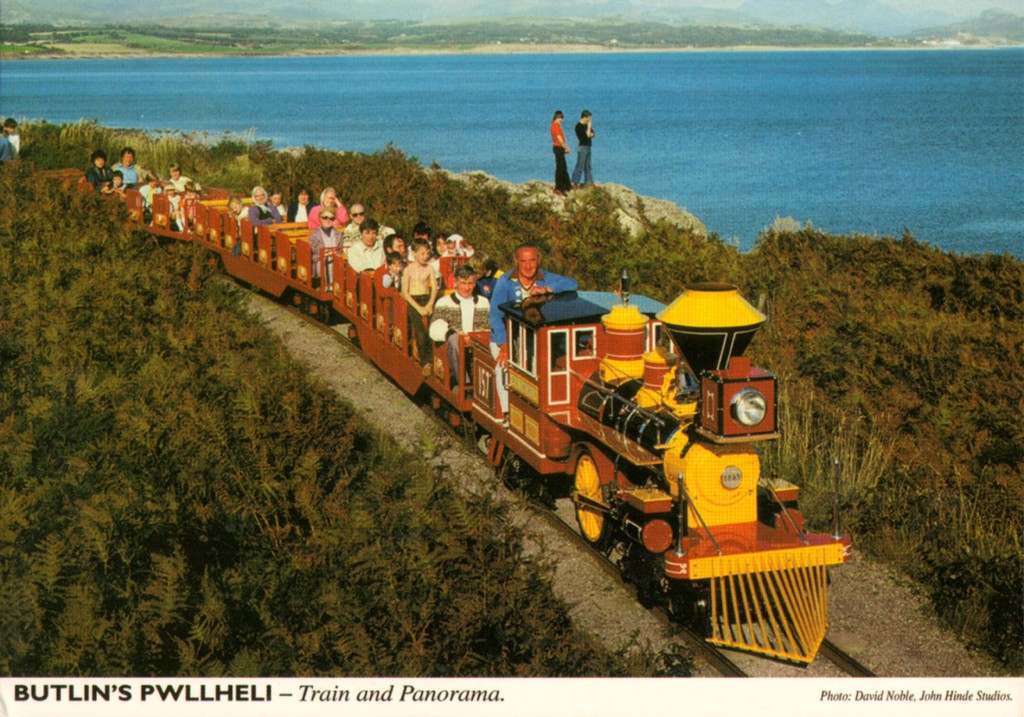 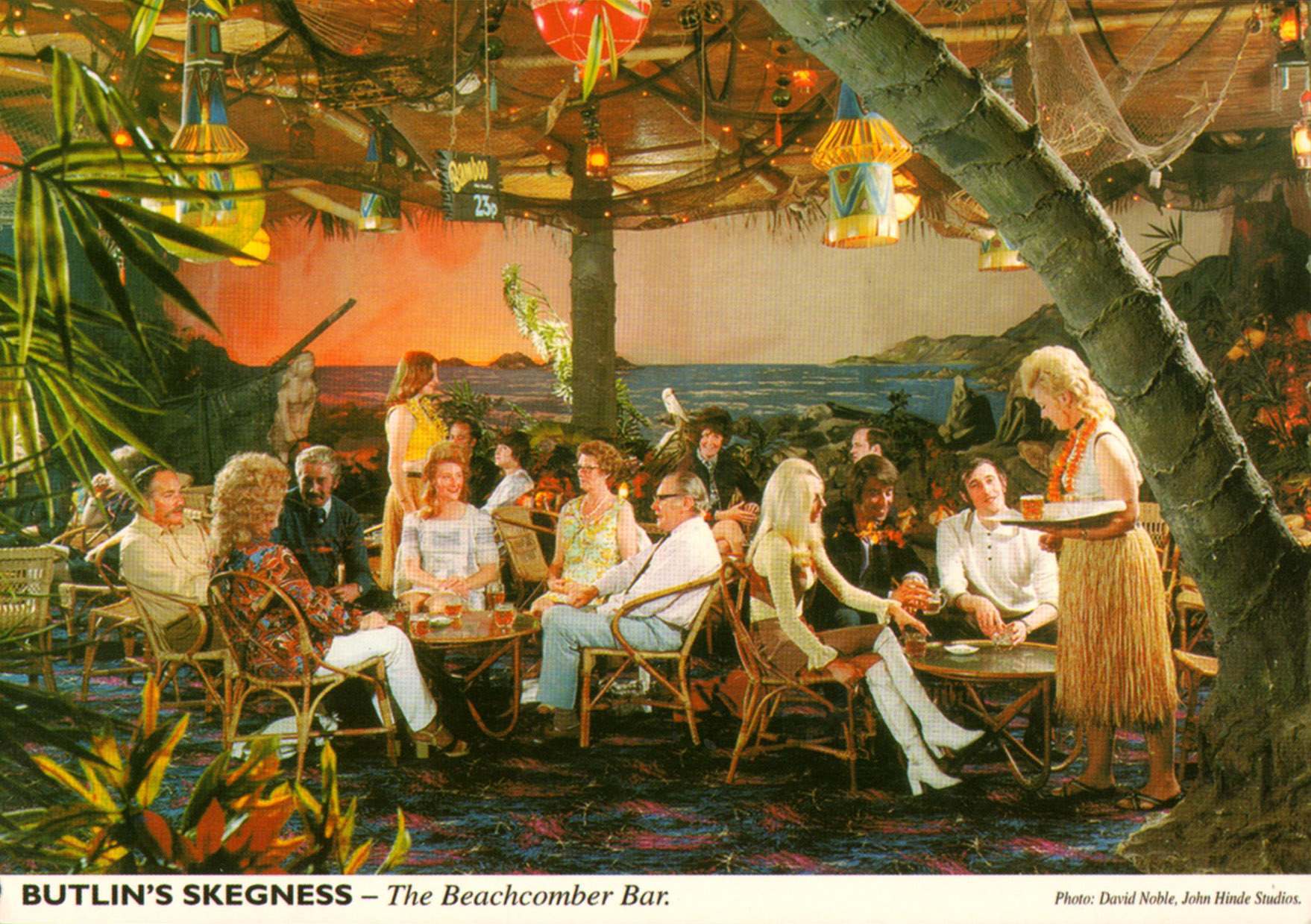 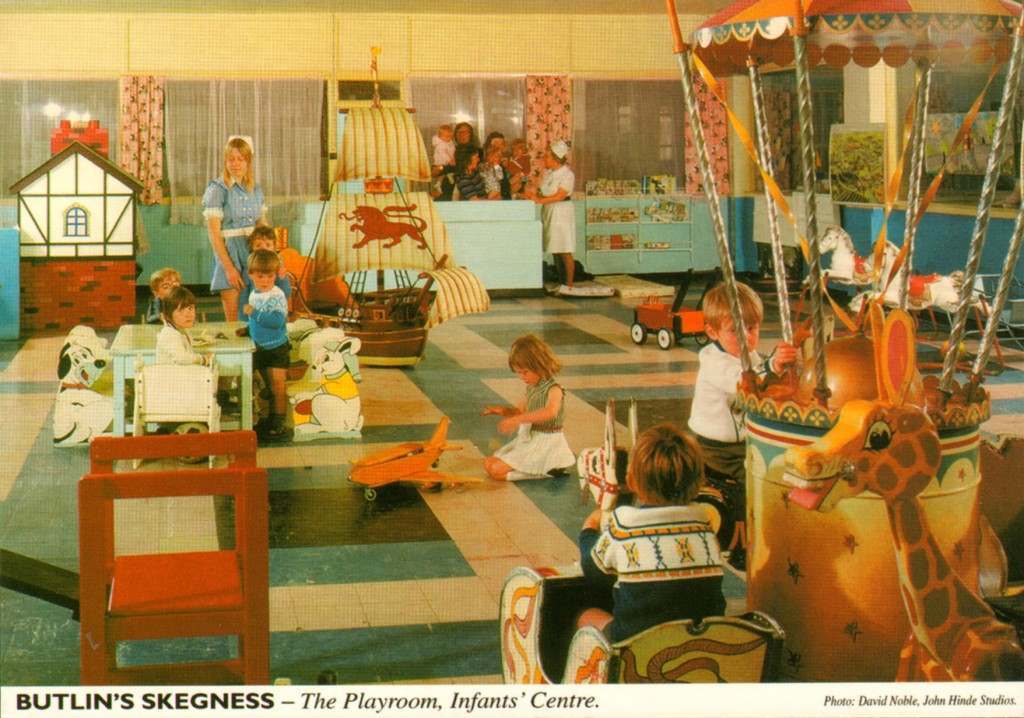 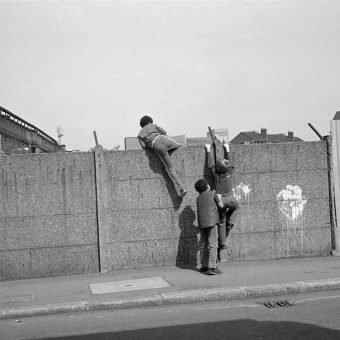