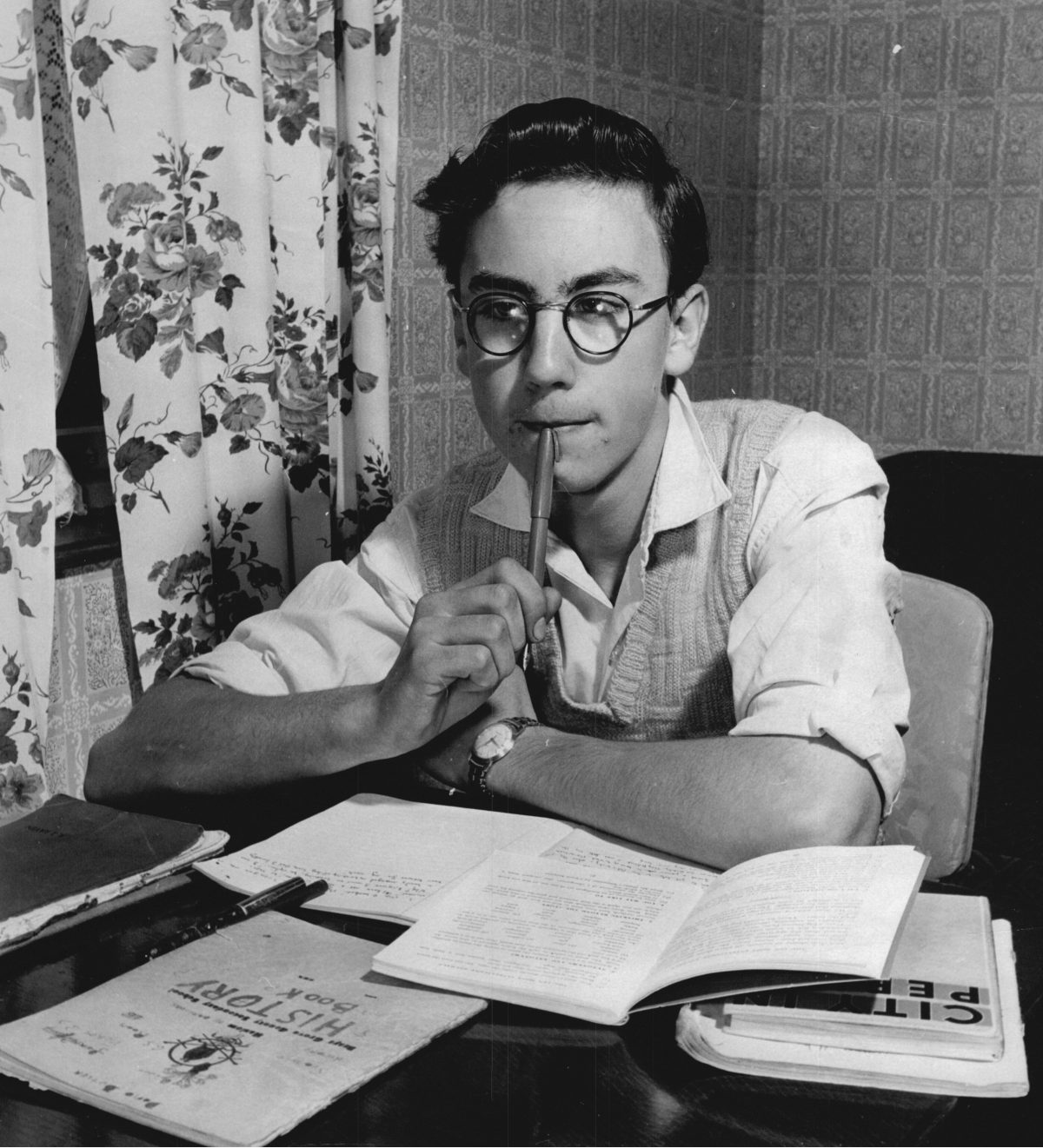 Did David Butler talk in class? And if he did, should he be caned for it? In 1960 David Butler’s story hit the news cycle. Many opinions on the matter were raised. The debate – to cane or not to cane? – was thrashed out in print, with opinions from not least of all 14-year-old David, his mother, Mrs Patricia Butler and the headmaster of Grays Grove County Secondary school, Harlow, Essex, England – no sniggering! – Mr Sidney Bottoms.

On November 18, the Daily Express newspaper brought news that Mrs Butler had kept David off school “because he is in for a caning when he gets there”. David Butler had earlier refused to write out 60 times by way of punishment, “I must not speak when silence is requested.” “I have been caned eight times already,” said David, “by the deputy head and by the head master – but I still don’t see why I should do the lines.”

The aforementioned Mr. S.H. Bottoms had initially sent David home with a letter saying that “unless a medical certificate was produced by 9a.m. today he would be given corporal punishment.” David was sat at home, his bottom kept far away from the lick of the teachers’ rod.  “I’m frightened to send him to school,” said his mother. “He has been awake all night with worry.” 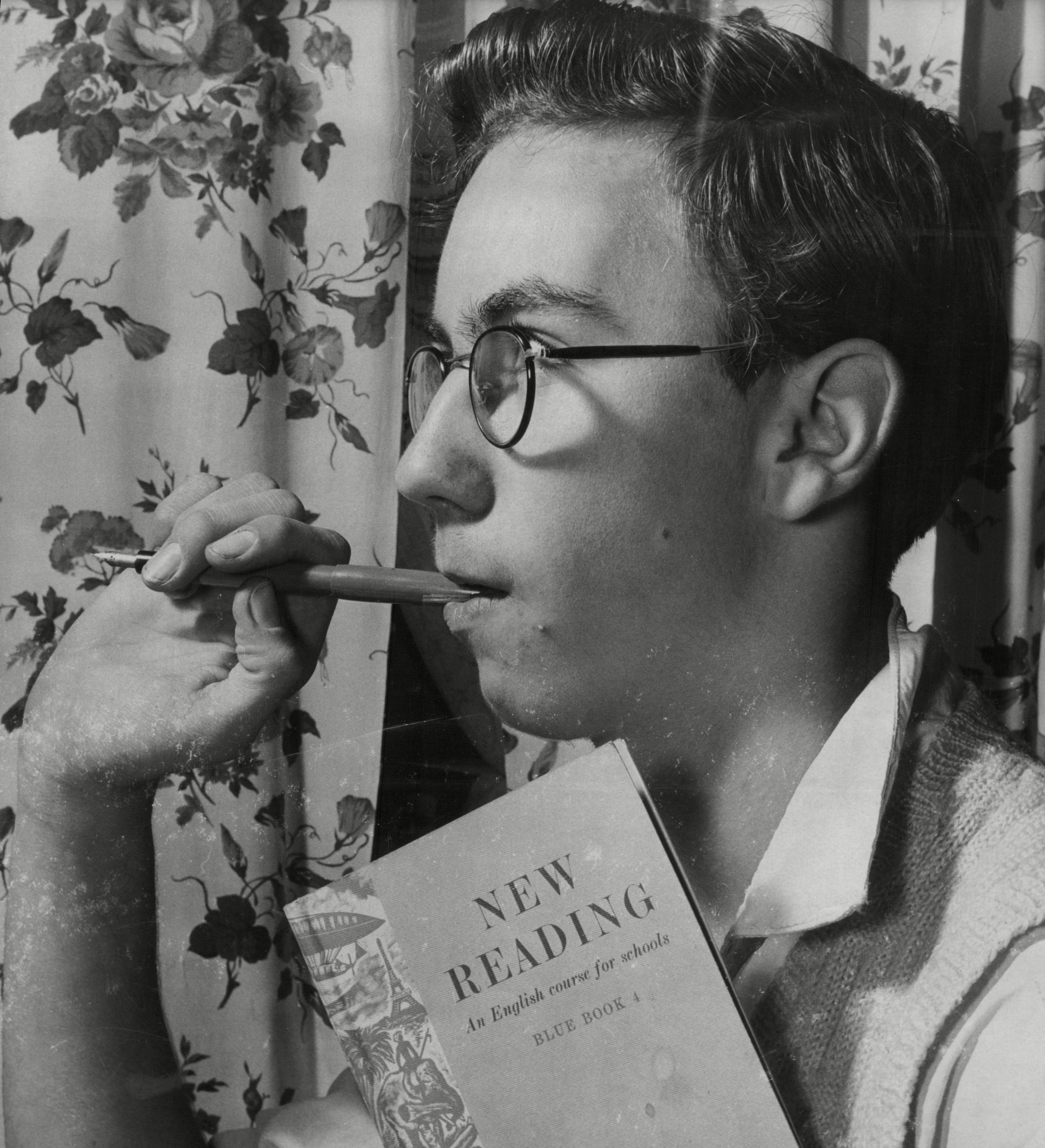 David Butler : The Schoolboy Who Refused To Admit He Talked In Class  – 1960

Councillor Mrs. Lily Davidson asked the education authority for an inquiry. “The boy has a good record at school for both attainment and truthfulness,” she offered. “Despite protests from his mother the canings have continued and we know further punishment is to be inflicted. David was accused by his teacher of talking during lessons. In spite of telling the teacher that he was merely repeating the lesson to himself and that the other boy denied that there was any conversation David was instructed to write the lines. The boy consistently maintains that he was not talking during lessons with any other person. This is a state of affairs that cannot be allowed to continue.” 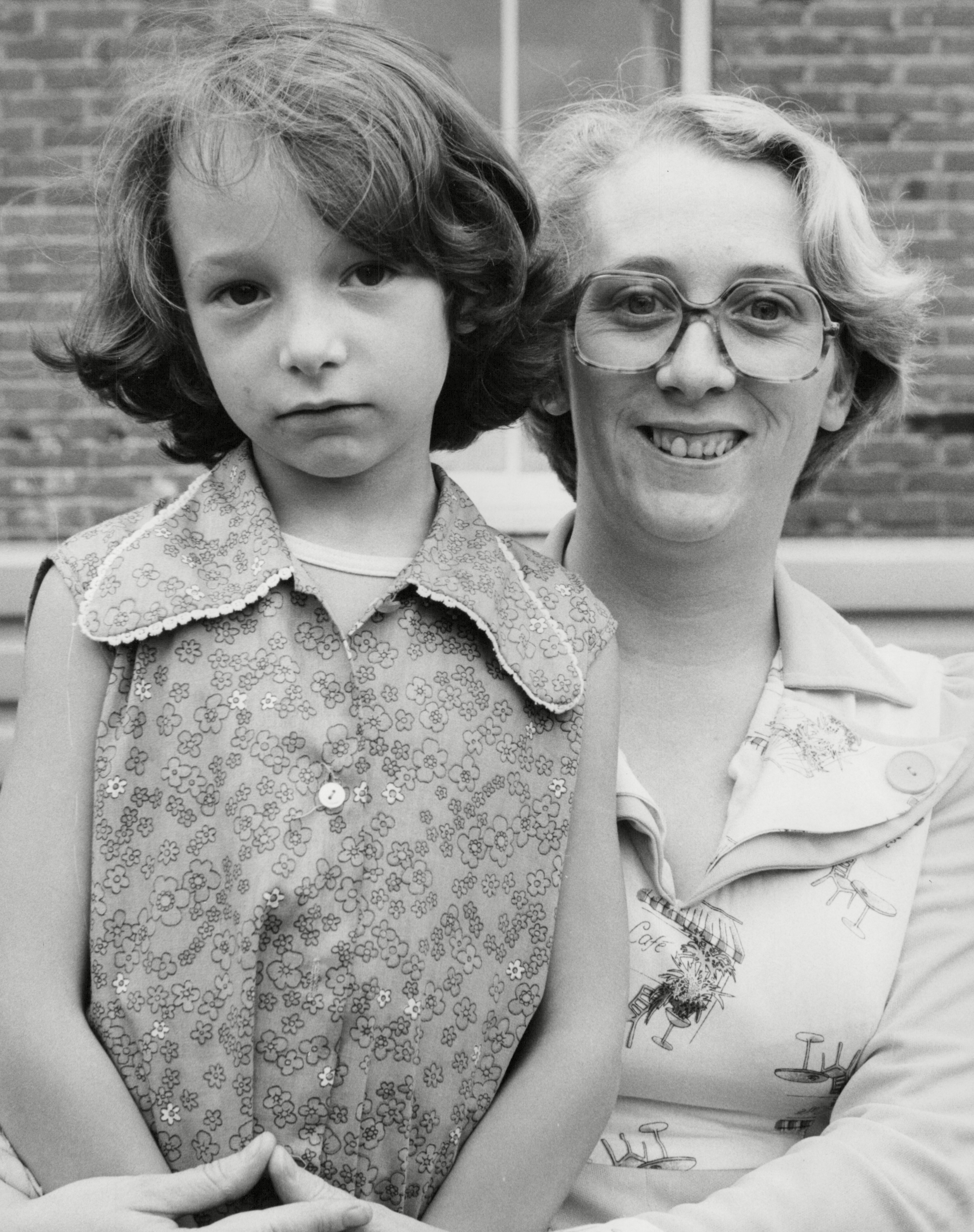 Mrs Beaven With Her Daughter Zuleika. She Wants The Primary School Her Daughter Is Due To Attend To Agree To Admit Her Under A No Caning Agreement – 21 Aug 1977

The headmistress of Lady Margaret Grammar School for Girls, Fulham, Miss E. Moberly Bell, said in an interview with the Evening News, London (28 June 1947): “I think corporal punishment for girls is absolutely wrong. It is a confession of failure.”

In 1954, Miss Audrey Jeff, 23, came before Northampton magistrates on account of “whipping” a class of 40 girls and boys whose average age was nine. The Daily Mail reported (via):

Nine-year-old Maureen Elsie Wilcox, of Ivy-road, Northampton, sat in front of the witness-box. She folded her hands in her lap and said: “Miss Jeffs caned us.”

How did it all start? she was asked. “Somebody talked,” she said.

“Miss Jeffs said ‘Be quiet.’ Then she called David Collins out. She caned the whole class. She hit us all with the pointer. Averil Terry then said she would tell her mother.”

What did Miss Jeffs say? — She said “Who said that?” Averil said “I did,” and Miss Jeffs hit her and she fell to the floor. Then Miss Jeffs pushed her out of the door. 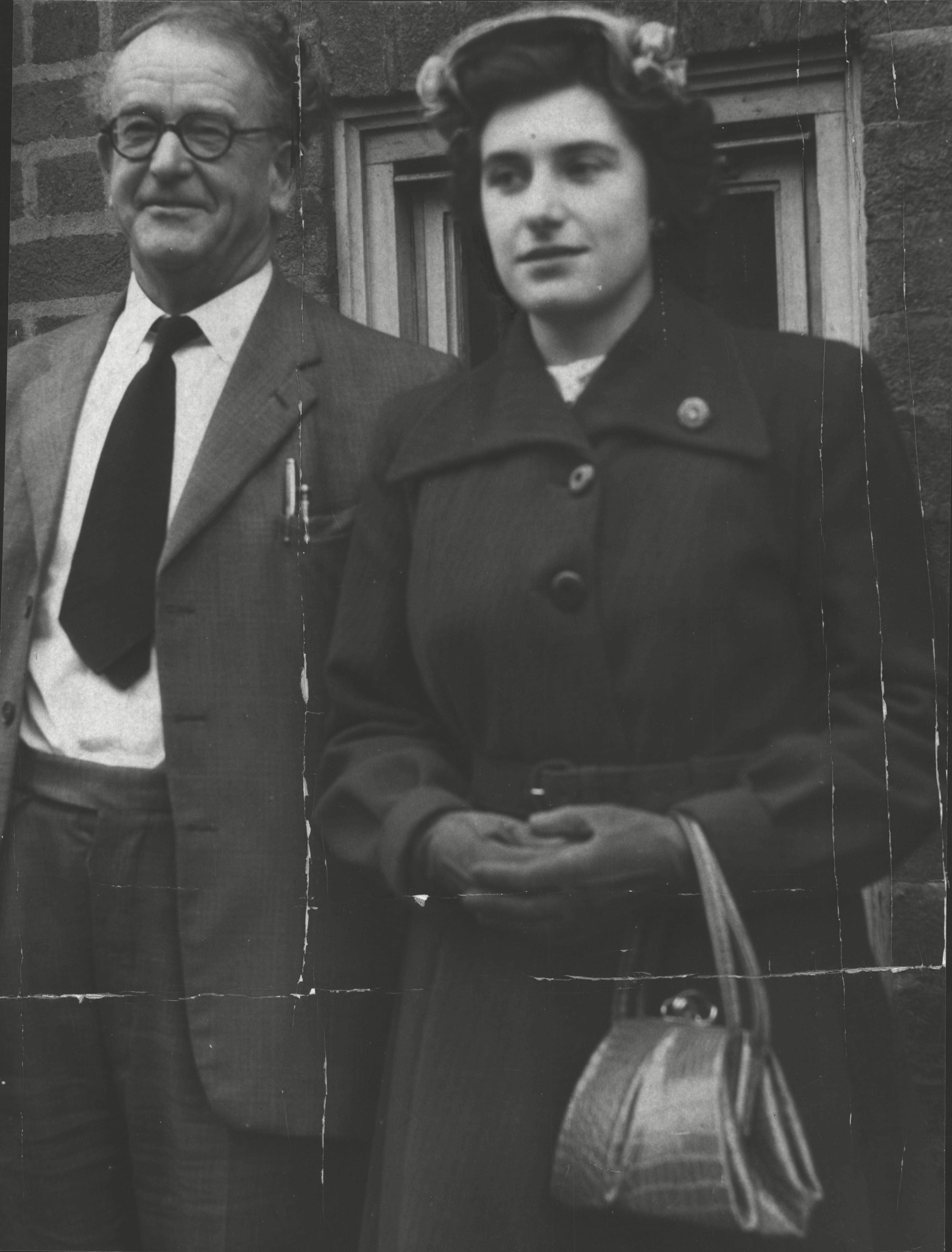 In 1964, John Lindsey Guise, aged 60, ex-head master of Helston Grammar School, and senior mistress Mrs. Marjorie Smith, aged 58, pleased guilty to assault on two female pupils, one 18, the other 17. One girl said in a statement that Mr. Guise told her: “You have been necking with senior boys. Such things cannot be tolerated. I could make a public disgrace of the matter and strip you of your prefect’ s badge. Or we can keep it private if you agree to a private spanking by Mrs. Smith and me. Have you the guts to take your punishment and then forget about it?” The girls were ordered to remove tops and skirts and look at Mr Guise as he spanked their bare buttocks, which he then rubbed. Mr. J. Wood, prosecuting, told the magistrates: “Two days later he sent for her and looked at her bruises. I am not suggesting anything indecent about that. He realised he had hit the girl far too hard. He was anxious to see that he had not done any lasting damage, which would have meant the whole matter being brought into the open.”

In 1972 school pupils went on strike over the use of the cane. It’d be while before anything meaningful was done to outlaw a punishment anti-caning campaigners damned as “barbaric” and “inhuman”. 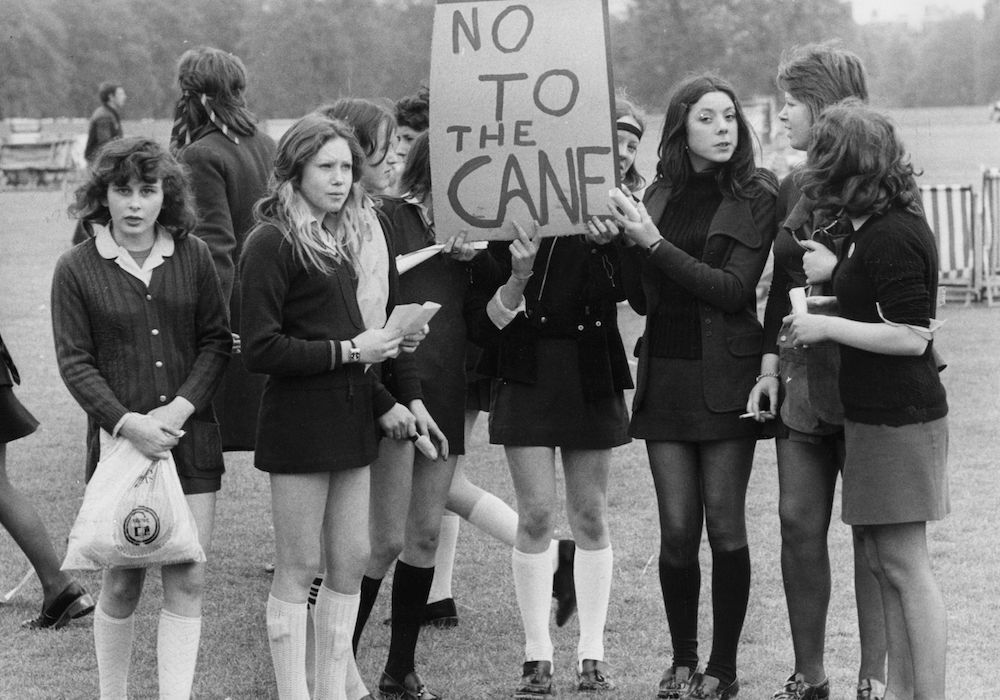 17th May 1972: School children holding a demonstration in Hyde Park against caning in schools.

In the same month that Master Butler was keeping his bottom far from the head’s reach, two schoolmasters from Soviet Russia sat in the drawing-room at Rugby School and called corporal punishment “an affront to human dignity”. Rugby’s headmaster, Dr Walter Hamilton was non-plussed.  “I use the cane about once a term,” he explained. “Their attitude is all bosh.”

The Daily Mail newspaper reported on the cultural exchange:

Mr A.A. Alekseenko, from Stalingrad, and Mr A.K. Bystrov, from Leningrad, were at Rugby to see if any principles of the British public school system could be applied in Russia, where boarding schools are being introduced.

They went on to blast two more pillars of public school education: fagging and the teaching of Latin and Greek.

Dr Hamilton looked over his bi-focals. “Do my boys look degraded?” he asked.

“Just before I left Stalingrad one of my bigger boys beat one of my smaller boys. I ordered the bully to my study, then left him there. Two hours later he telephoned me.

“He said: ‘Headmaster, I am still in your study. Am I to remain here?’ The humiliation of being left standing in my study was sufficient punishment.” 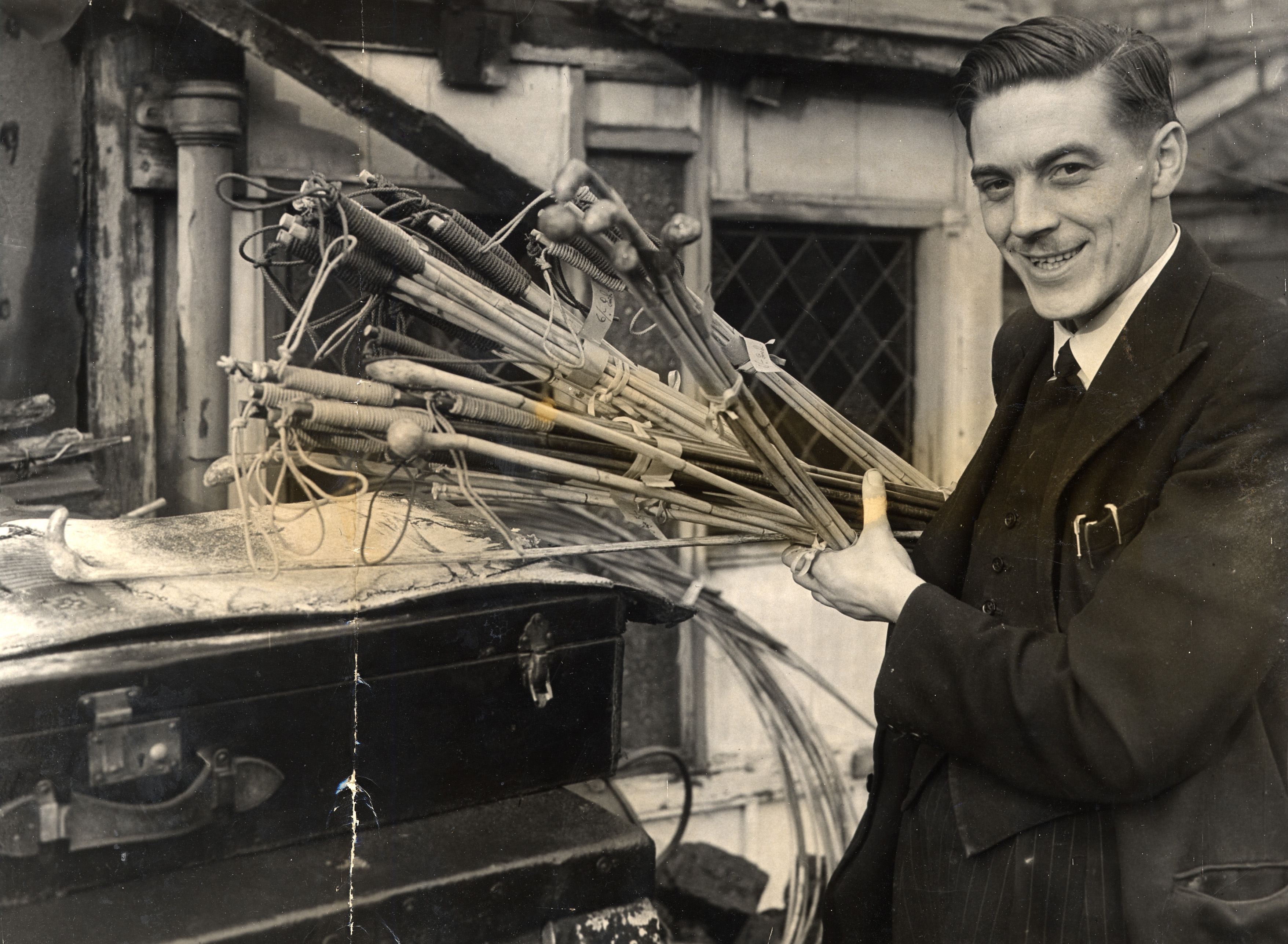 Eric Wildman President Of The National Society For The Retention Of Corporal Punishment With A Selection Of Canes Which He Sells To Schools – 24 Nov 1948. In May 1953, he pleaded guilty at the Central Criminal Court yesterday to 17 charges of publishing obscene libels.

Meanwhile, back to David Butler. His fellow pupils rallied. On November 23 1960 the Mail carried an update that after being caned three times for allegedly talking in history class, he’d been suspended for a week. “I may have muttered to myself as I read something to the blackboard, I did not talk,” said David. “The teacher said that if I did not write the lines I would be caned. The first day I went to school without the lines I received two strokes. The next day it went up to three. Then I was ordered before Mr. Bottoms, the headmaster. I told him I wouldn’t tell a lie to save a caning. So I got three more strokes from him. I have nothing against corporal punishment at school – I had the cane about a year ago and had no complaint – but I think it is terribly unfair to punish me for something I did not do.”

“Suspension is the headmaster’s supreme punishment,” countered Mr Sidney Bottoms. “In the circumstances there was nothing else I could do. There are two issues – the original crime of talking when silence is ordered and the supplementary crime of defiance of authority. I feel completely justified in the actions of myself and my staff. There is no doubt in my mind that David did talk in class, and he was flouting discipline by refusing to accept the punishment. He was free to complain to either the master or myself at the time the imposition was handed out, but he did not do so. Of course, when he comes back to school next Monday he will start afresh and there will be no mention by the staff of this incident.”

And David’s fellow pupils, what did they think of it all? Well, around 20 of them came to the headmaster’s office the day after suspension had been handed down. “We have come to hand you this, sir,” said one. “It’s a petition. It shows how we feel. The petition was started in the fourth form. Everyone except those away ill signed it.” The list ran to 950 names.

Mr. Sydney Bottoms picked up the petition and read the following: “We have every confidence in our headmaster. We are for you, sir.”