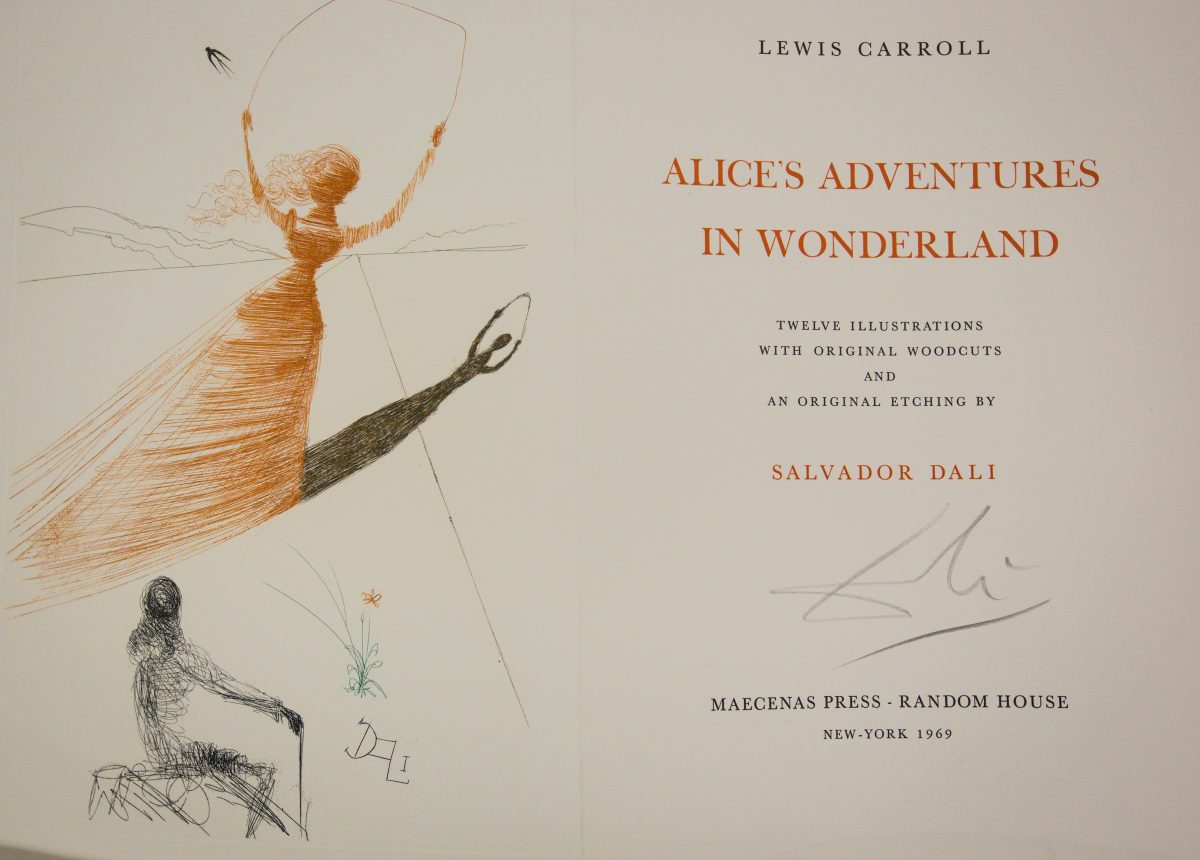 In 1969 an editor at Random house saw the connection between the artistic surrealistic mind of Salvador Dalí, who at the time was in his mid-sixties, and Lewis Carroll’s Alice’s Adventures in Wonderland. Dalí went on to create a dozen heliogravures for the occasion—one illustration for each chapter—as well as a four-color etching as the frontispiece. Only 2,700 of the edition were printed, and the artist signed each original etching. Original copies sell for $12,000 or more these days.

A work of art incorporating rebelliousness, revolution, paradox; distortions of space and time, logic, size, and proportion; disbelief in conventional reality; assimilation of dreams, wordplay, and the ineffable nature of childhood. – Mark Burstein on ‘Dodgson and Dalí’ 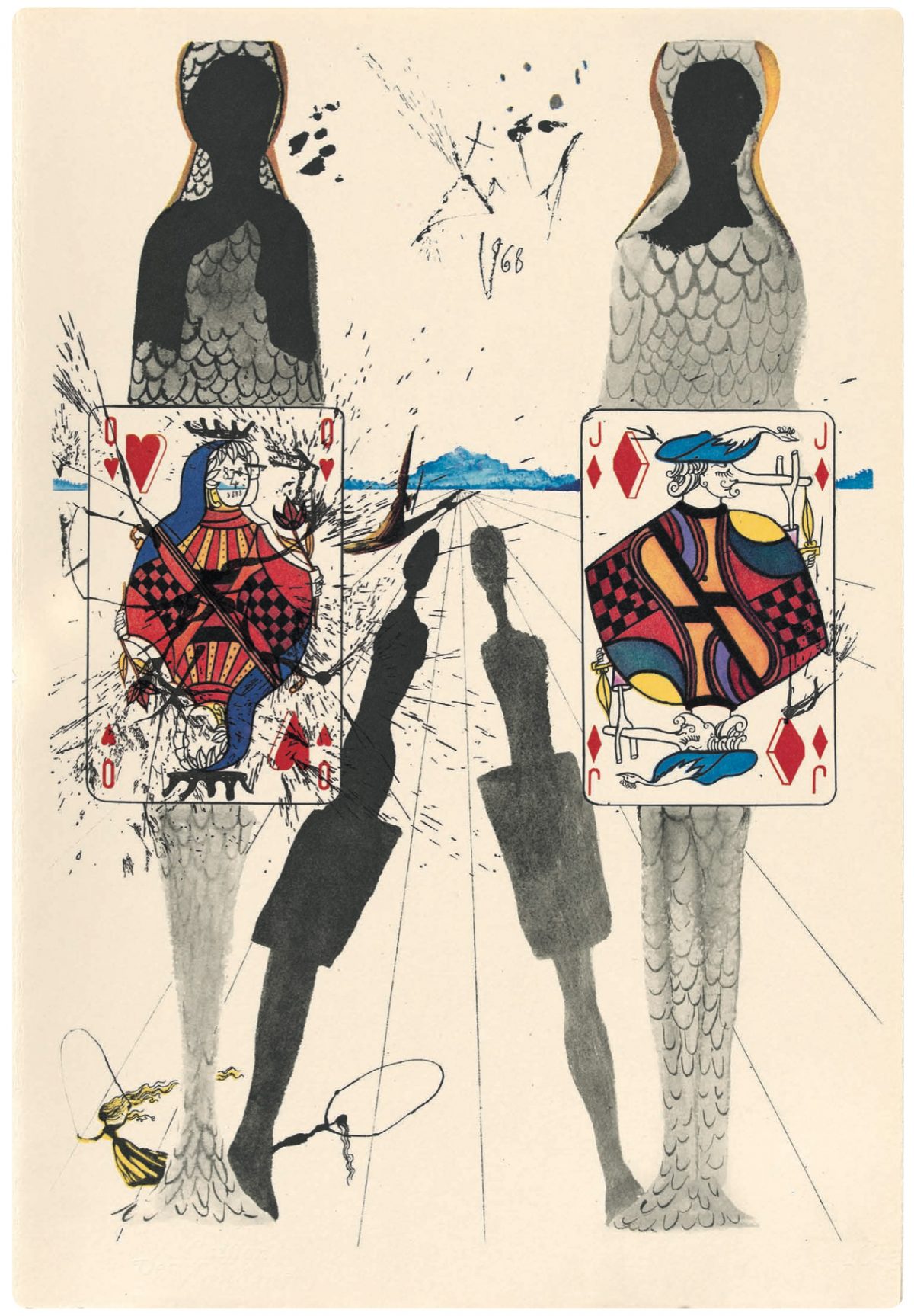 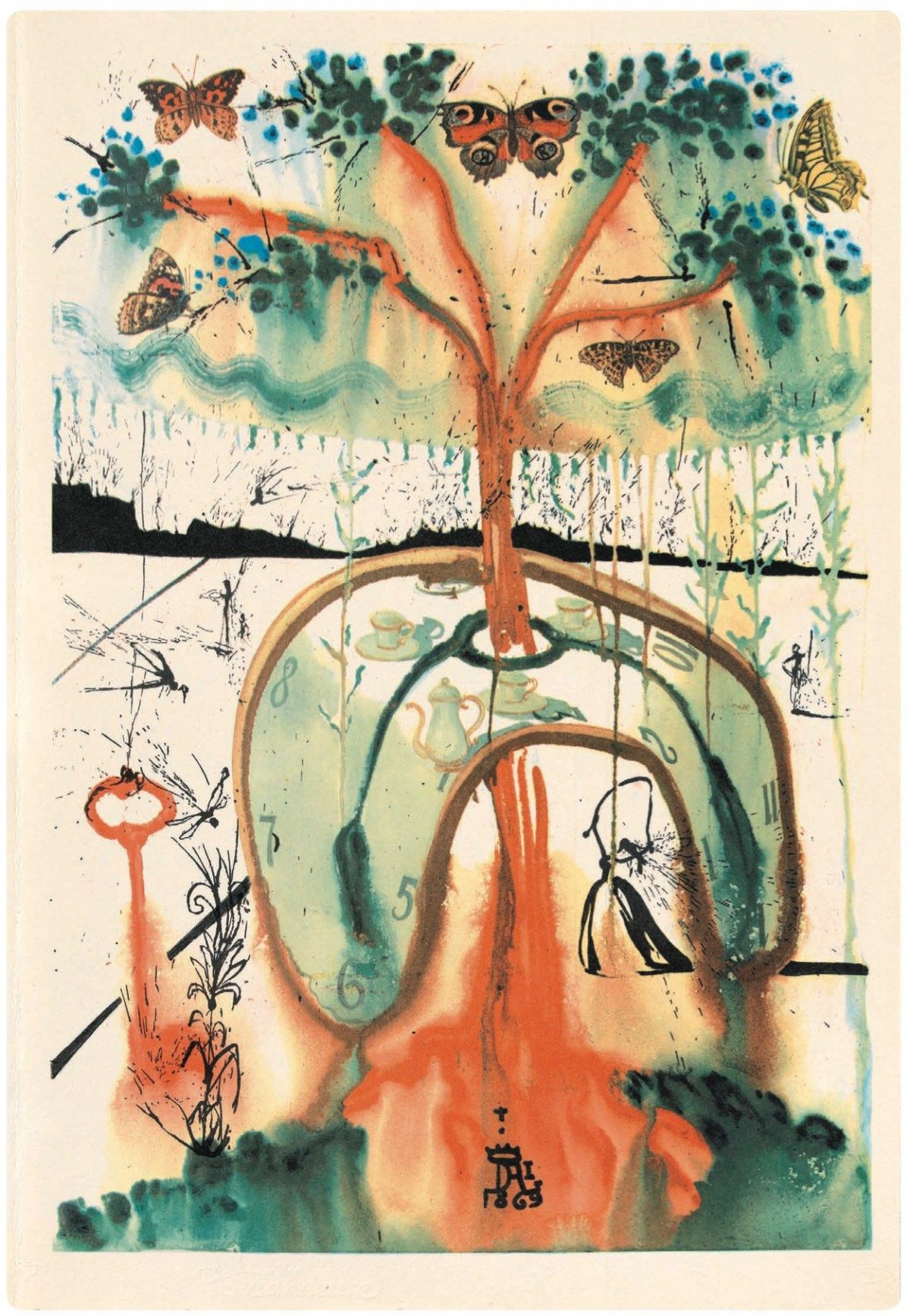 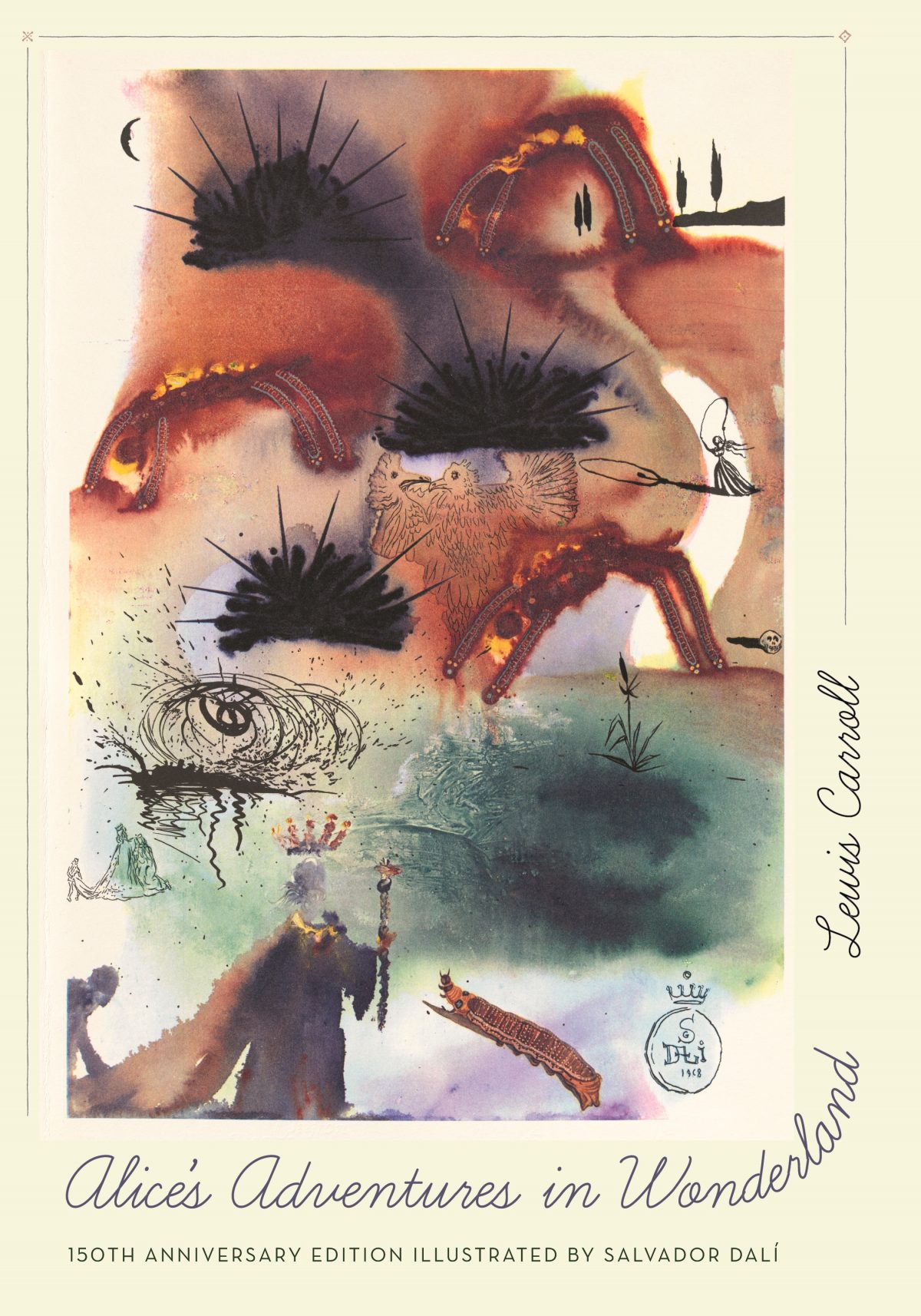 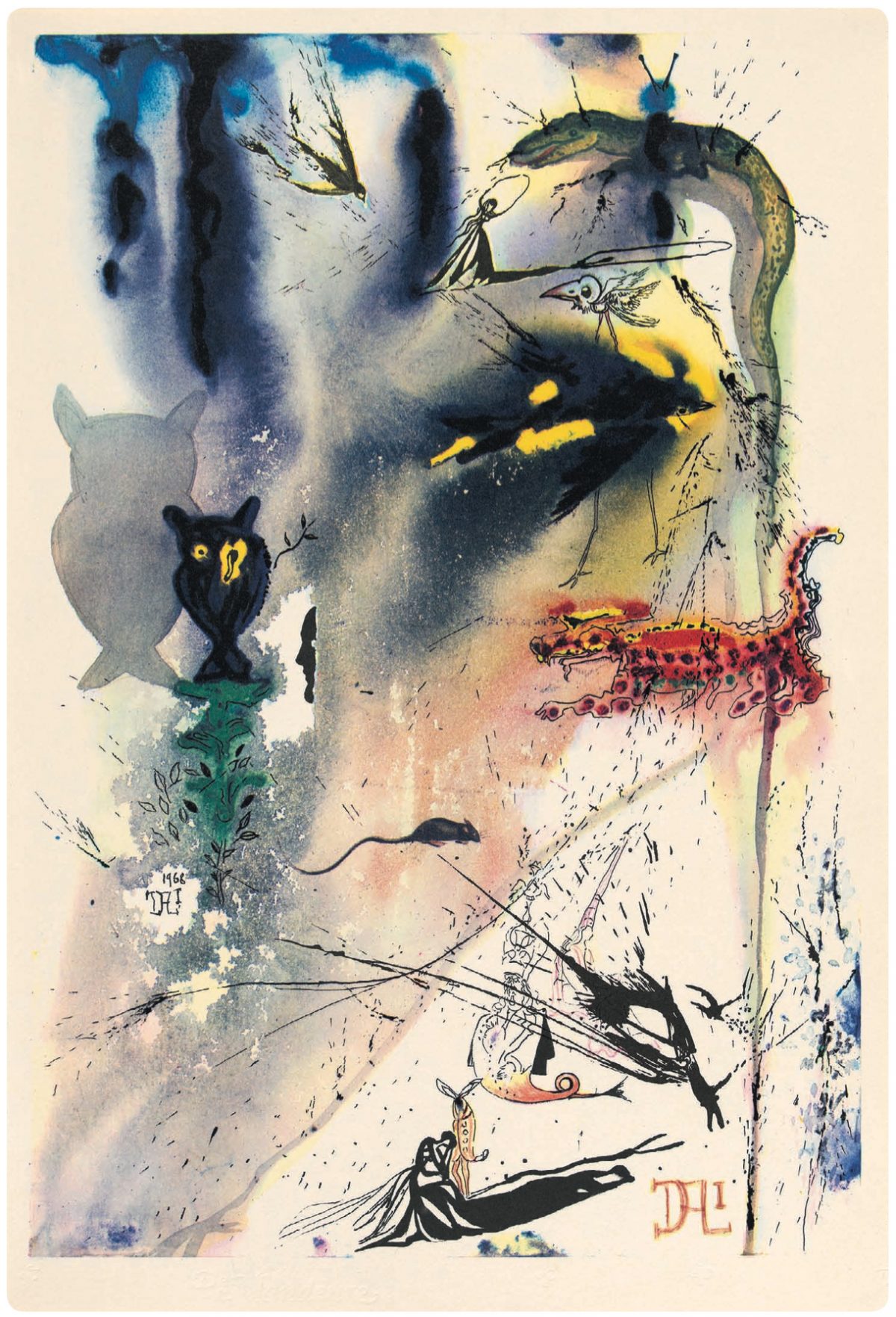 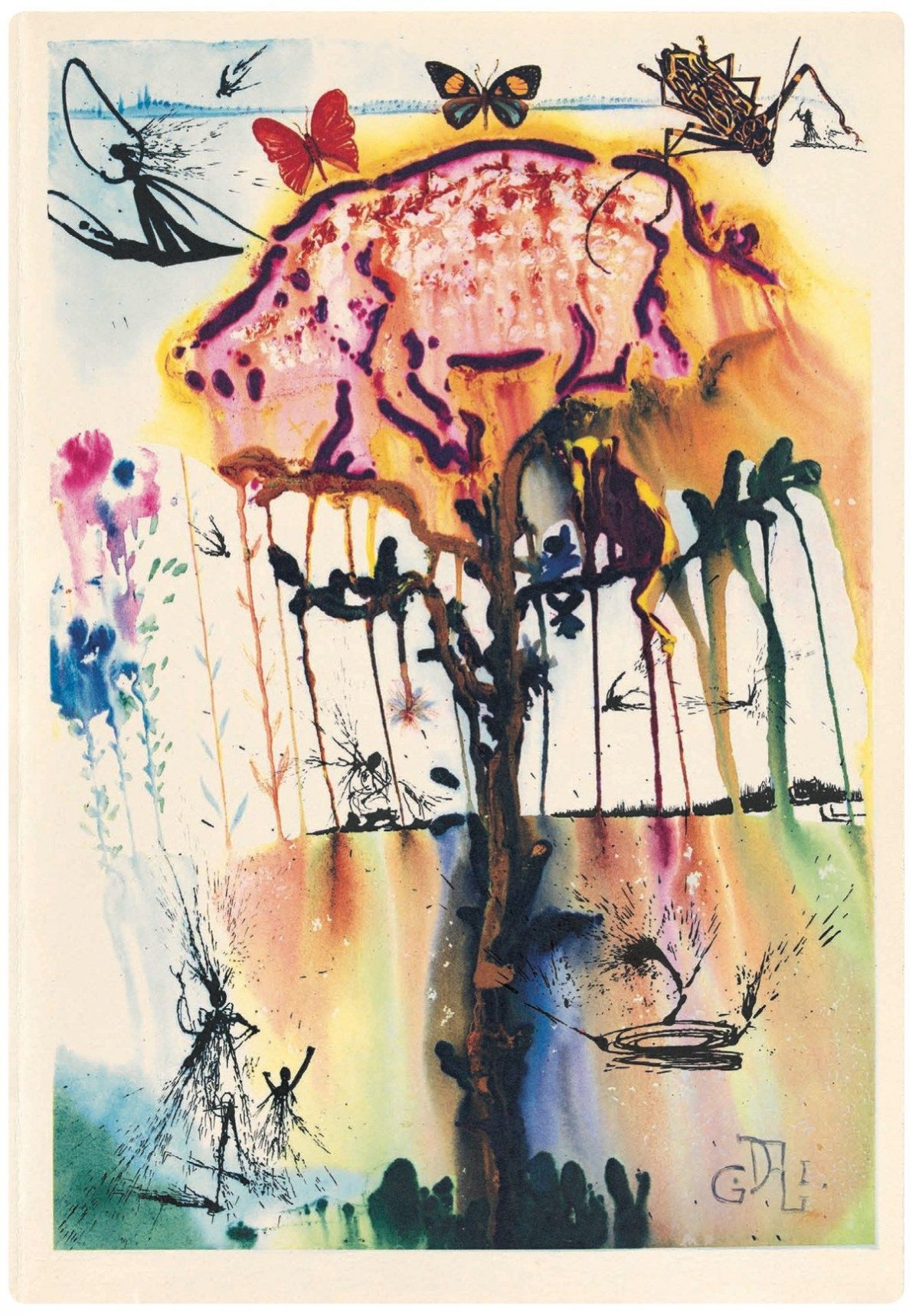 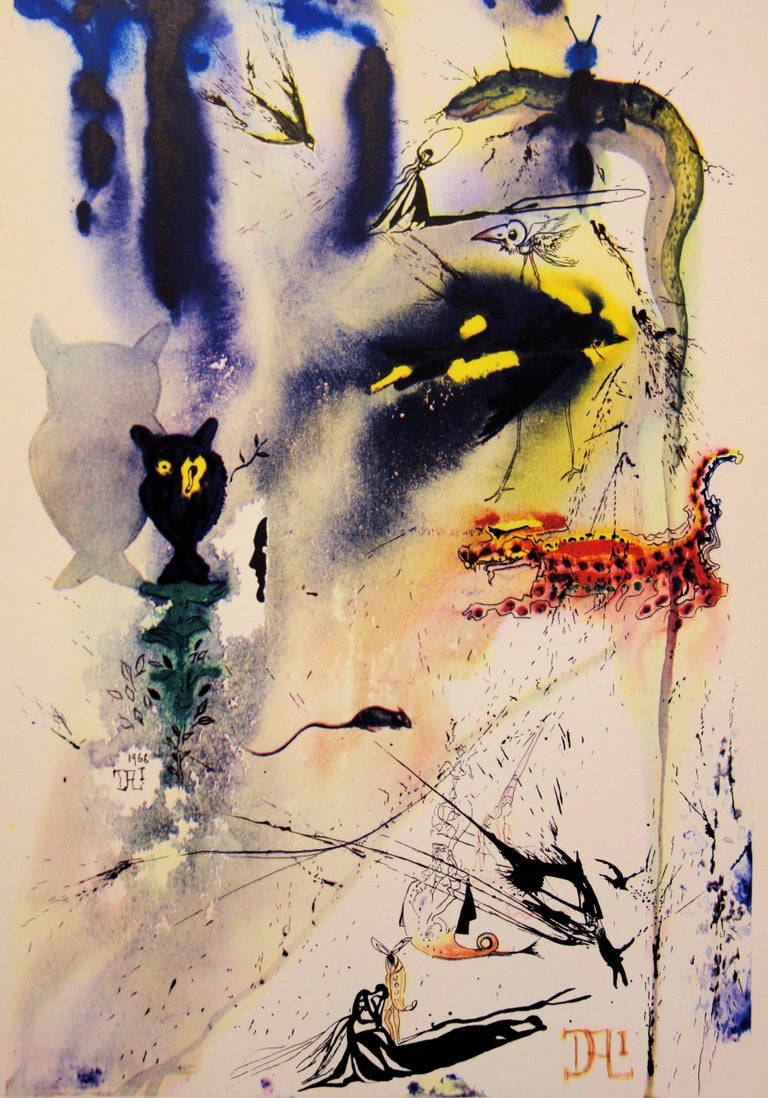 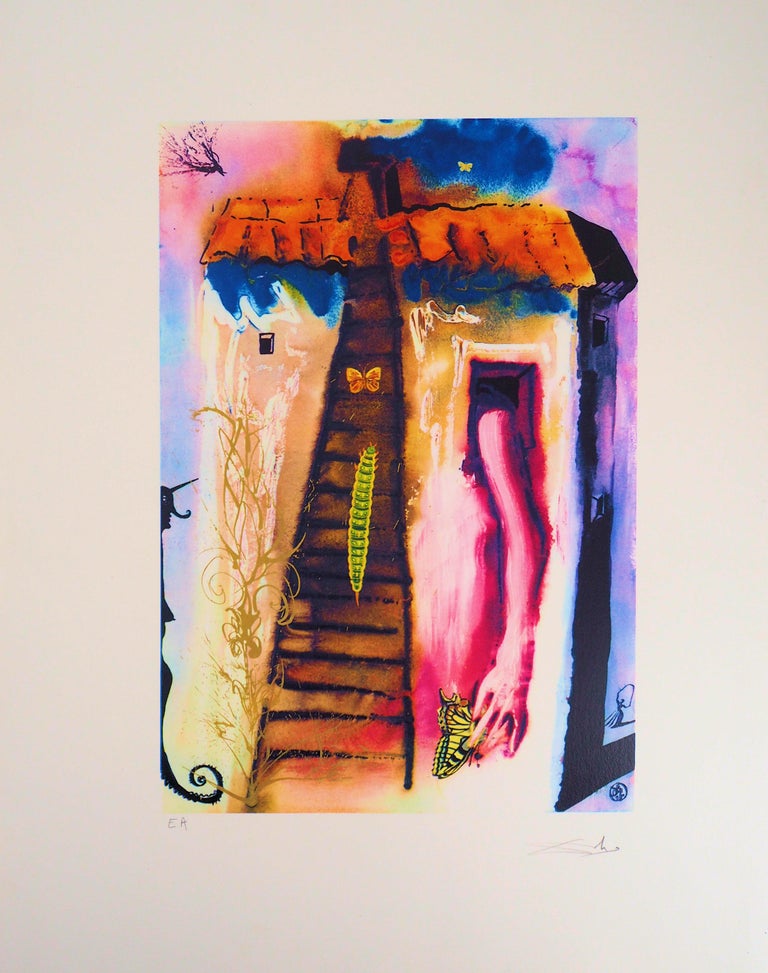 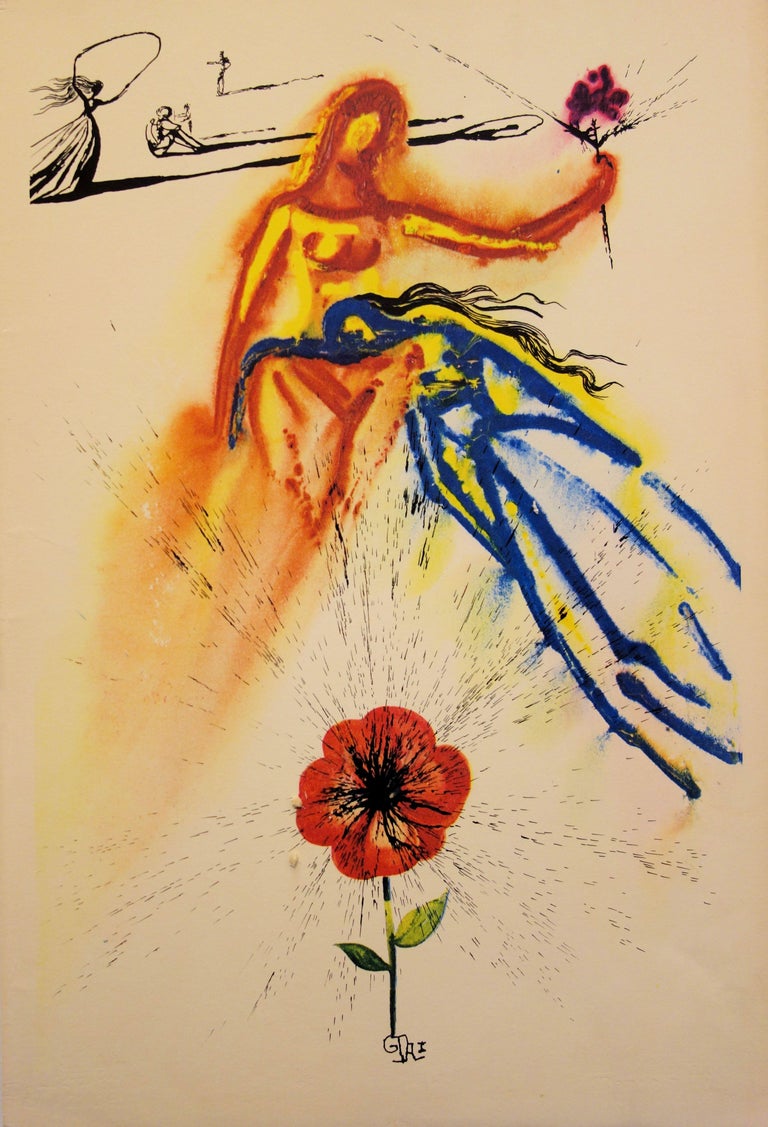 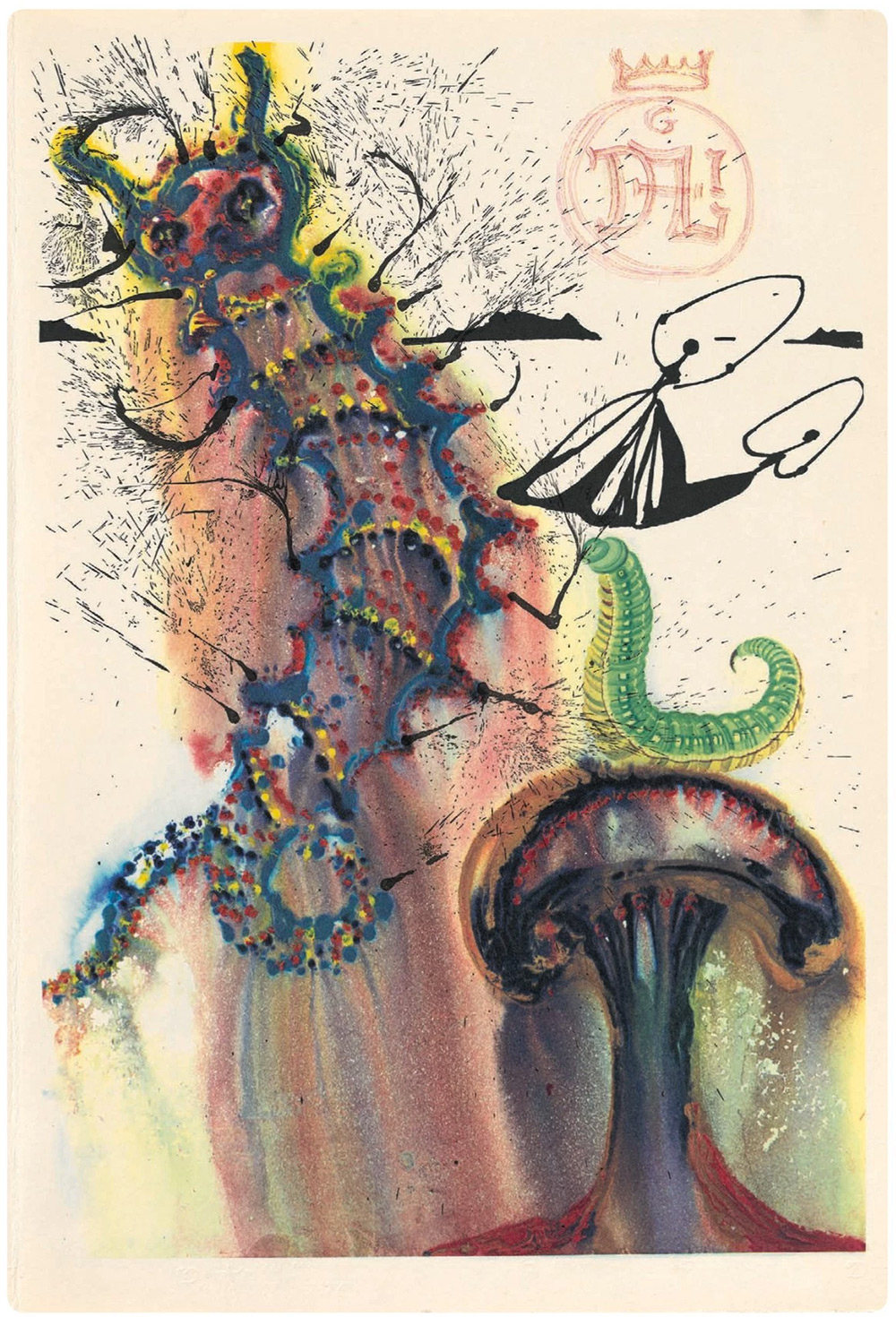 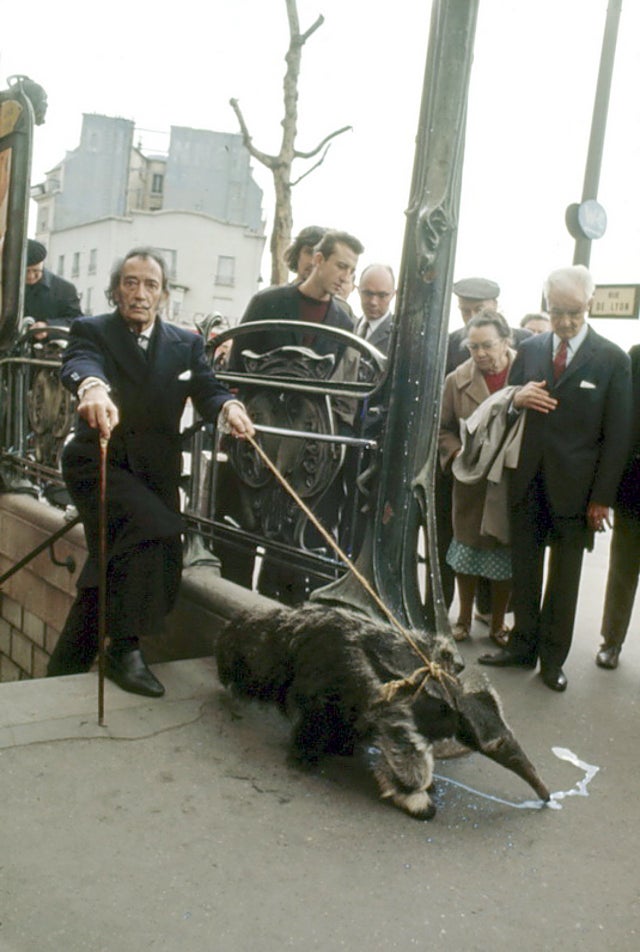 Salvador Dali taking his anteaters for a walk in Paris, 1969 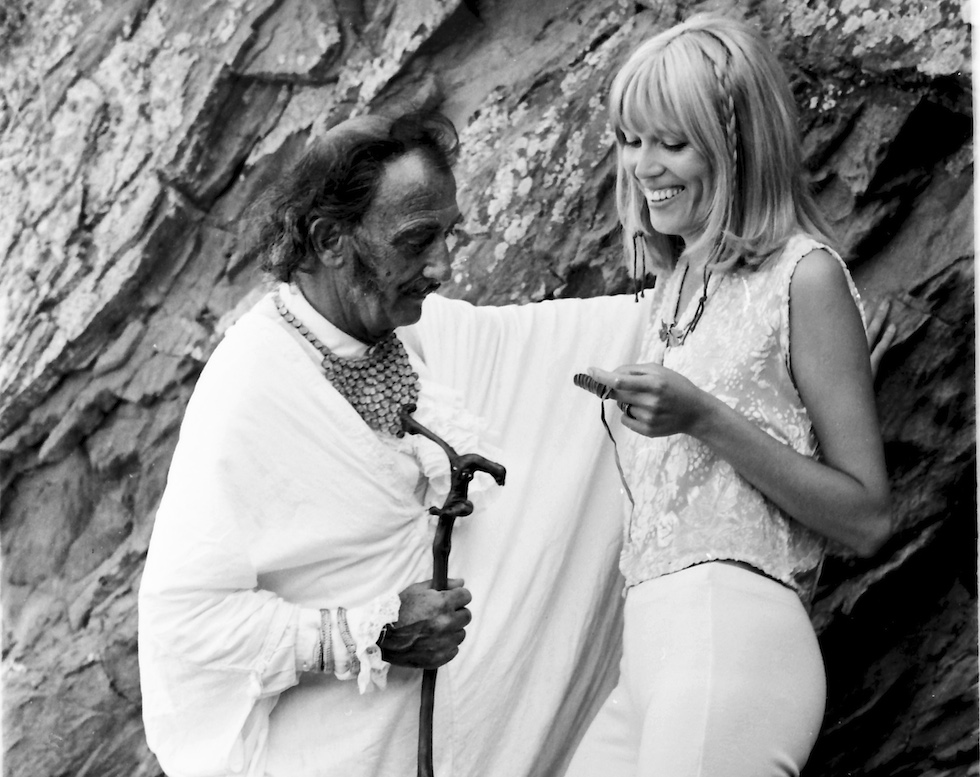 Salvador Dali and Amanda Lear in 1969 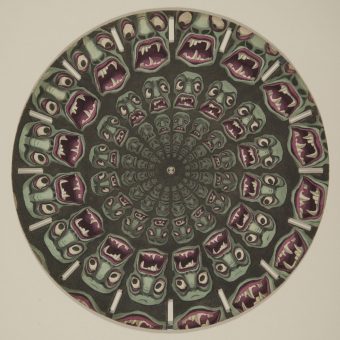