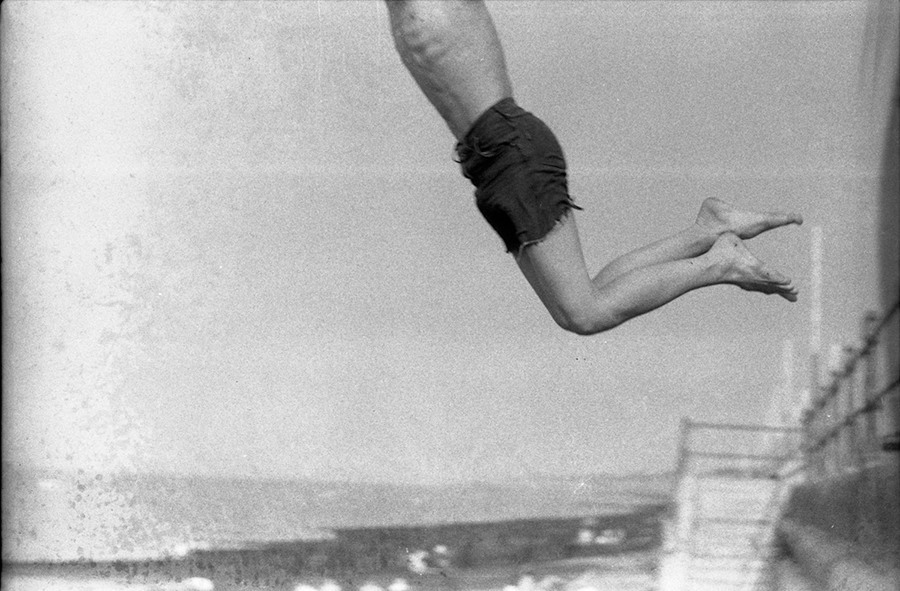 A black and white photograph from a negative by Reginald Alan Westaway.

Property Of A Gentleman, an exhibition at Prague’s Svit gallery, casts much-deserved light on the life and creative outpourings of Reginald Alan Westaway (1928-2008), the British outsider artist and recluse.

Westaway died in 2008, the walls of his house in Herne Bay, Kent, scrawled with diagrams and plans for a lute he was making at the point of his demise. The words were written in Latin and the discarded instrument was propped amid the detritus of decades: empty wine bottles, documents and reference papers, threadbare clothes, packaging and paper bags. The “drawing room” was frozen in time – the curtains hadn’t been opened for years- and the surfaces in the house were submerged under accumulations of spiders’ webs.

From this clutter emerged a complete oeuvre indicating a singular artistic life, self-catalogued and apparently self-sufficient. Westaway’s achievements would have rested in obscurity were it not for the devotion of M.Goldstein’s Nathaniel Lee Jones, who is collaborating with the artist Dirk Bell on the forthcoming exhibition, the Czech title of which is Majetek ušlechtilého muže. 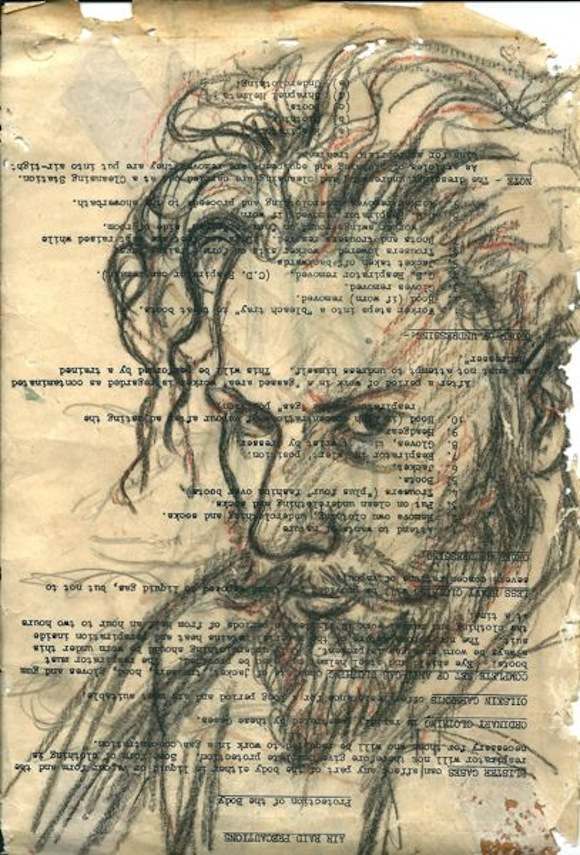 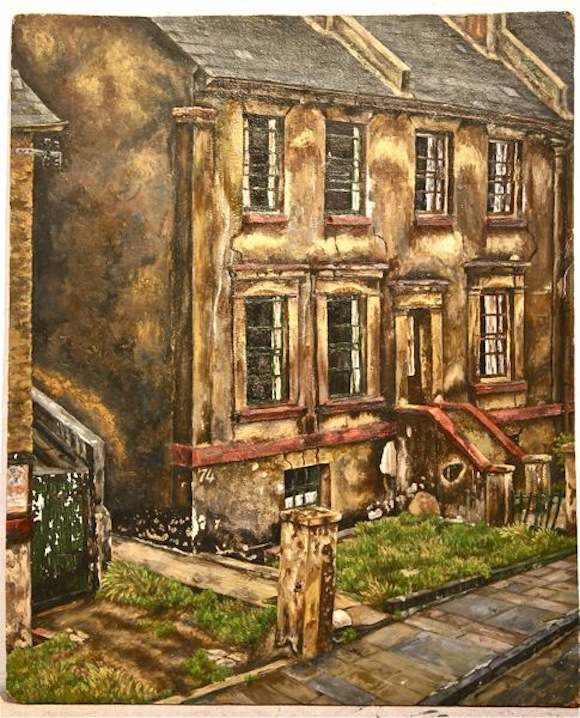 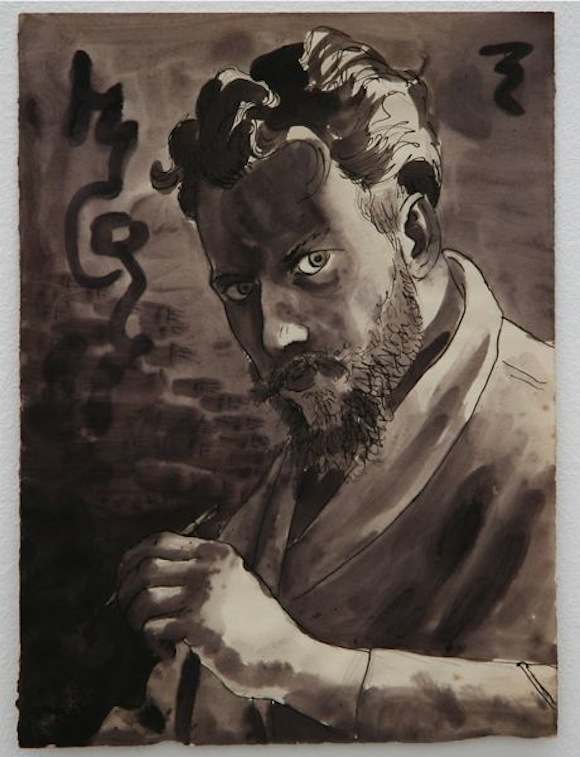 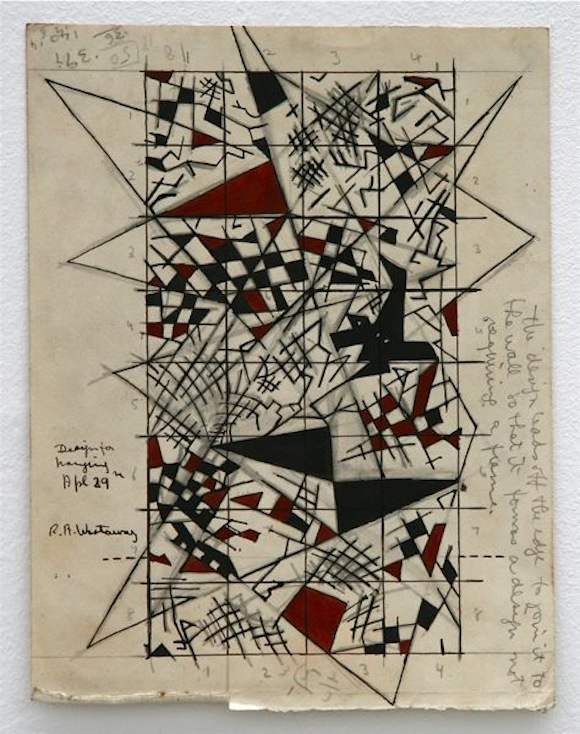 According to Jones, who has researched Westaway’s life and created an archive based around the work of this unusual individual, the phrase “property of a gentleman” stems from the collective term used by auction houses to catalogue items from the estate of the deceased.

“Although he lived a very frugal existence and in his final years as a recluse, Reginald Alan Westaway dedicated his time to gentlemanly pursuits,” says Jones. “These included the study of natural history, a love of classical literature and theatre, needlework, textile maintenance, composition of classical and early folk music, painting and drawing.” 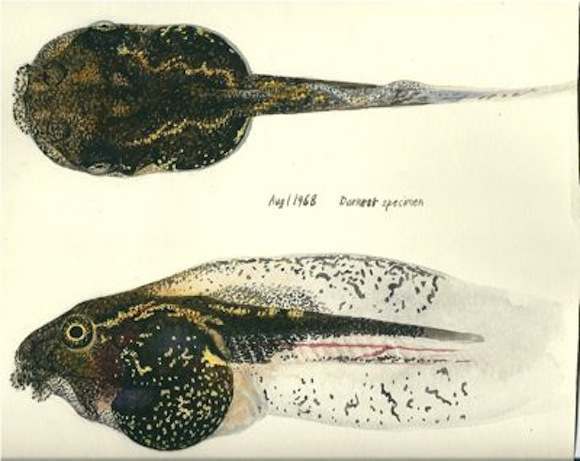 For the exhibition, Jones assembled a combination of Westaway objects – including paintings, photography, sculpture, mirrors and the peculiar clothing he produced by obsessive layers of patchwork repairing and over-stitching – with a selection of esoterica, in his words “decorative, hand-tooled, bespoke objects which do not fit within the realms of fine art or collectibles”. 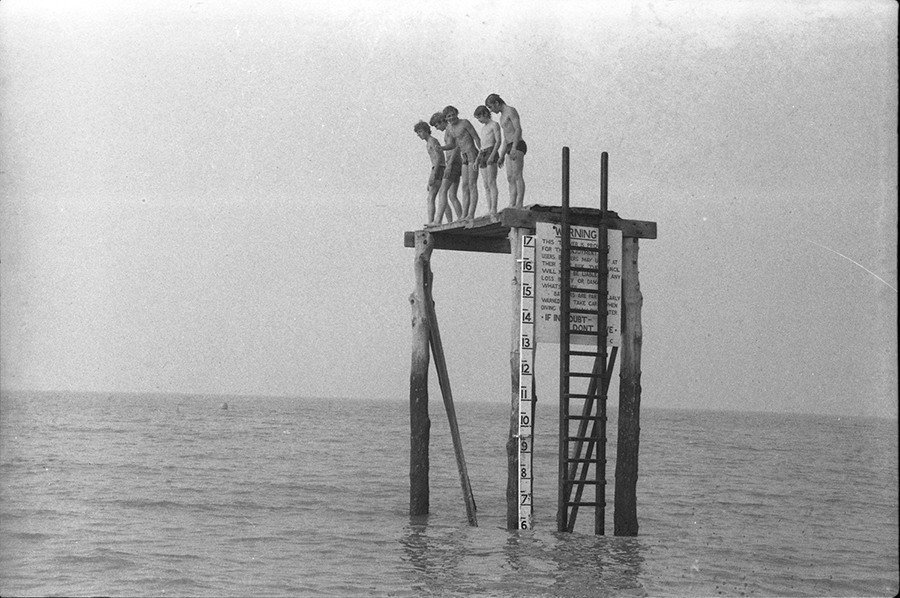 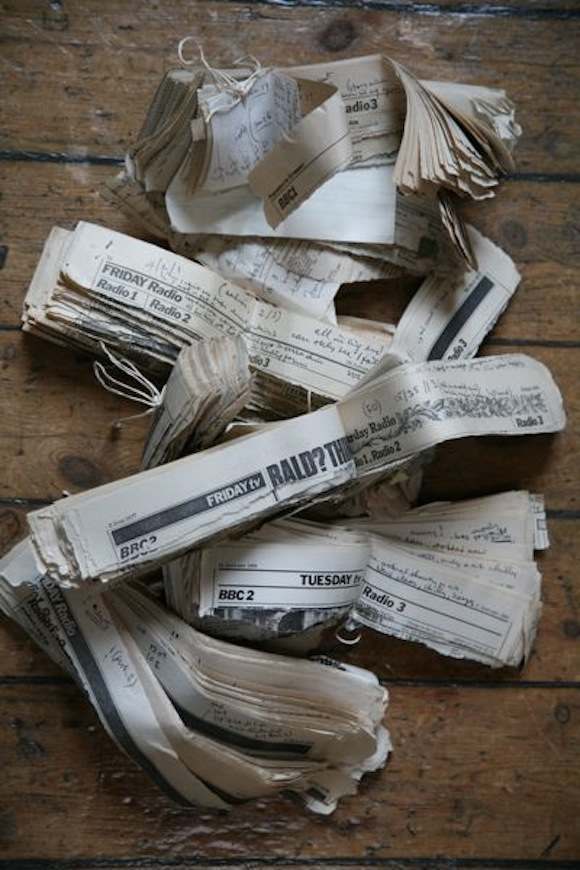 An obsessive list-maker, Westaway wrote these in pencil in the margins at the top of pages from the Radio Times and carefully bundled and archived them over four decades 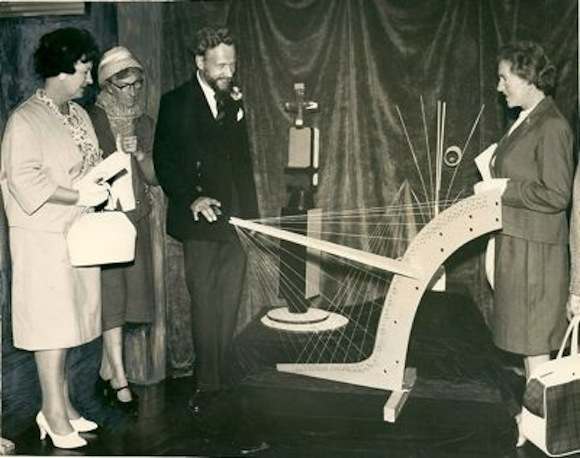 Showing an abstract sculpture to the ladies of Herne Bay 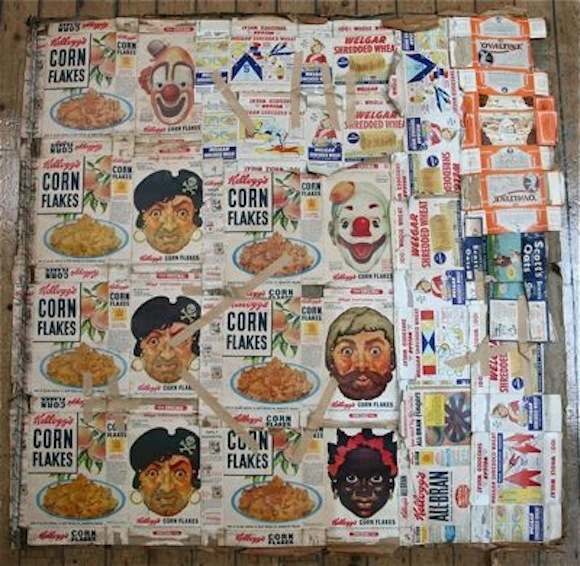 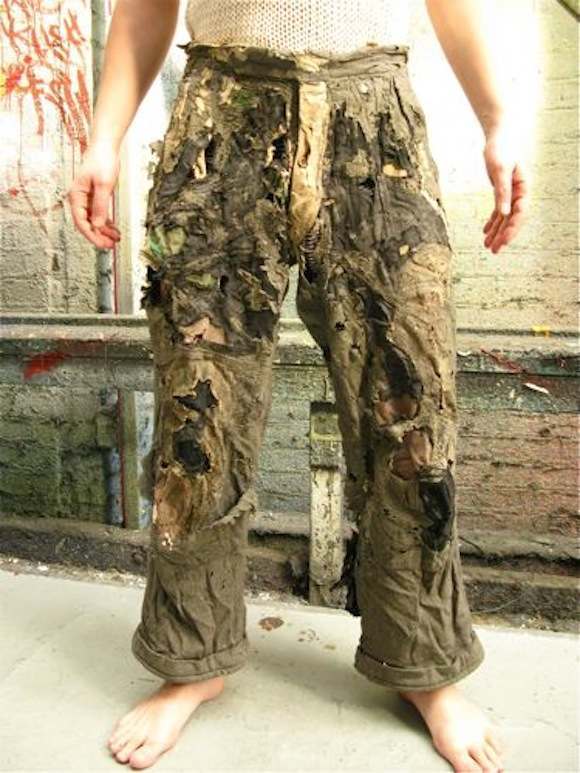 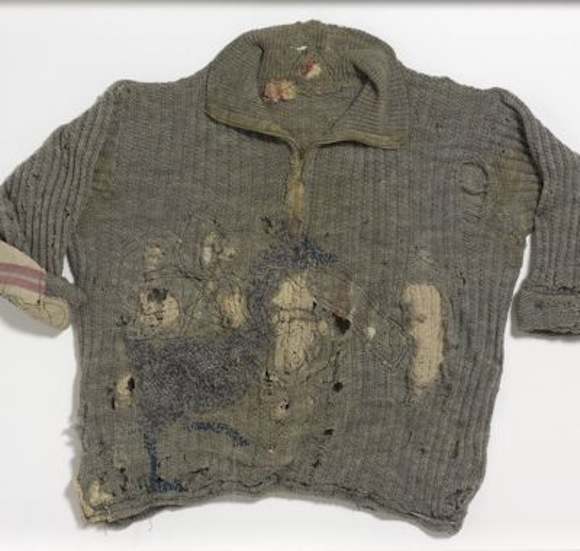 “RAW wore traditional English clothing from the 40s to the 60s which he maintained to the extreme, so that mending was supplanted by the creation of art from patchwork and visible stitching,” says Jones, who gives as an example the jumper where repairs over decades assumed the appearance of a running goose, “like a drawing in wool”. 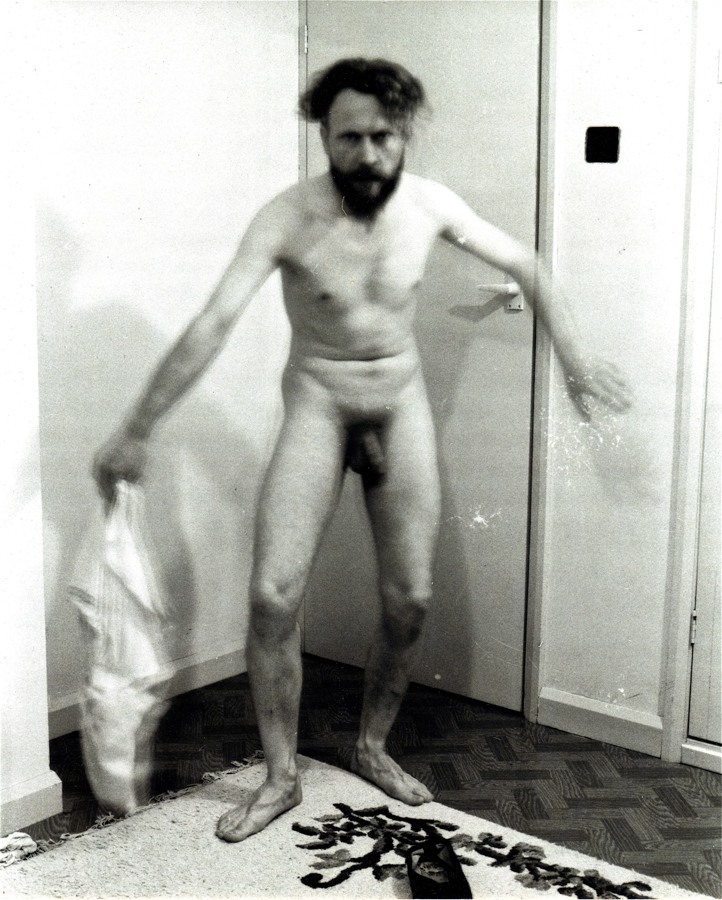 There is a section dedicated to RAW on the M. Goldstein website here. Read more about Dirk Bell here.