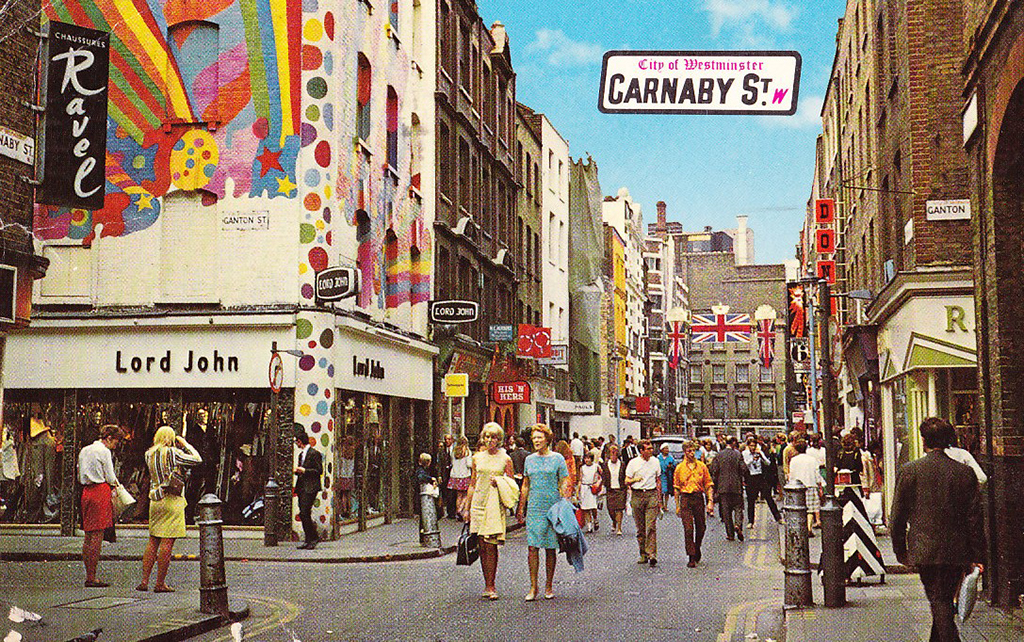 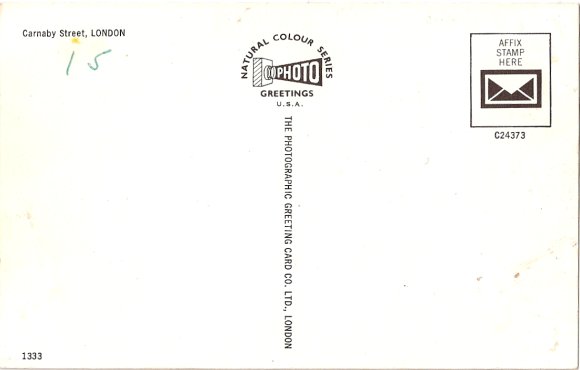 This postcard’s over-amped application of colour (despite the “natural” tag on the back) contrasts deeply with the dowdiness of the buildings and the appearances of the inhabitants of the Swinging London über strasse on a summer’s day in 1966.

On the left is Warren Gold’s fashion emporium Lord John, which was decorated in early psychedelic style by art squad Binder Edwards & Vaughan – read more about the design antics of Dudley Edwards and his colleagues Doug Binder and David Vaughan here. 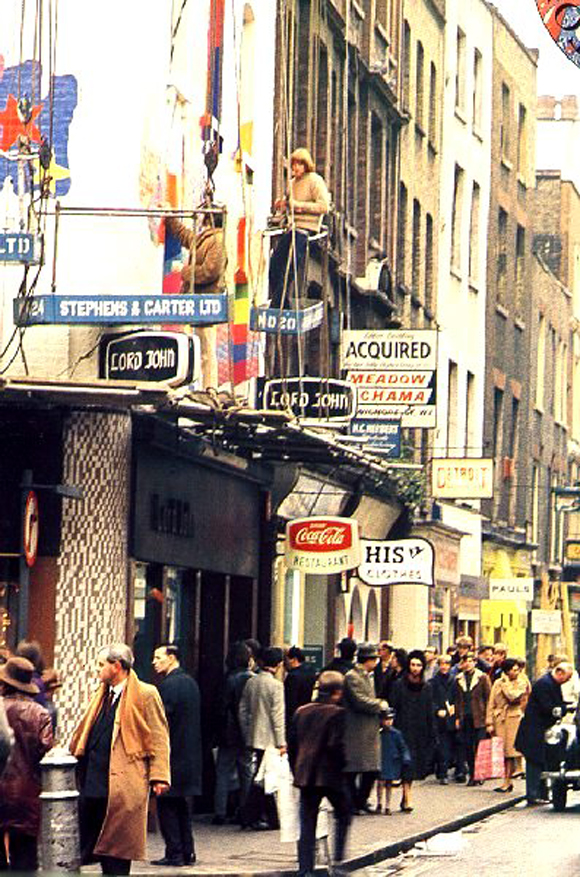 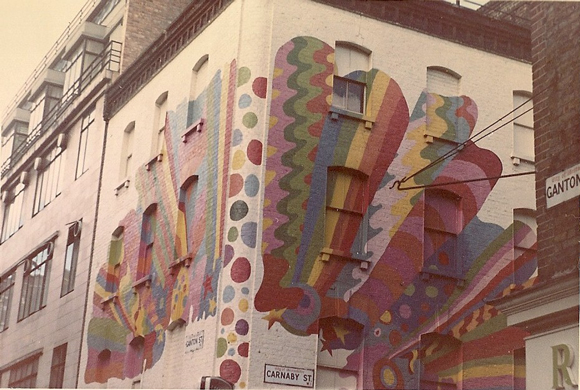