David Bowie and photographer Tony McGee met at a cocktail party in 1983. Hosted by theatrical impresario and producer Michael White, where the photographer was introduced to Bowie by Jerry Hall and Coco Schwab. The two clicked. A few days after their first meeting Tony was contacted by Bowie’s record company and the first of their many photographic shoots together was arranged.

Their first collaboration was to shoot all of the publicity for the ‘Let’s Dance’ Tour, 1983, and their photographic relationship continued well into the 90s. One of the portraits of David Bowie by Tony McGee is in the permanent collection of the National Portrait Gallery. McGee also photographed one of David’s most famous covers for Face Magazine, which was regarded by GQ as one of the most influential magazine covers of the 1980s. 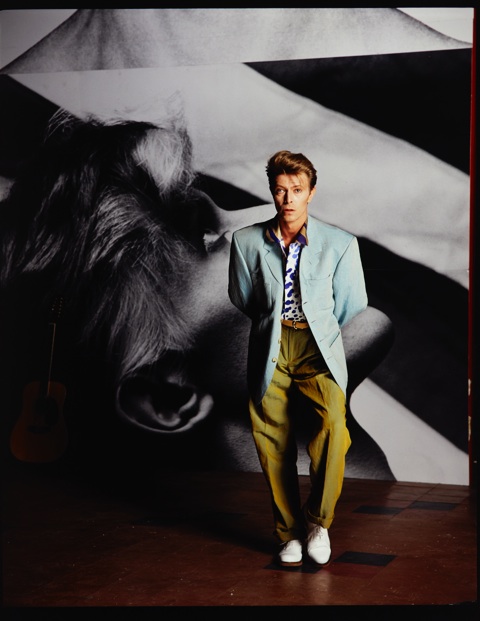 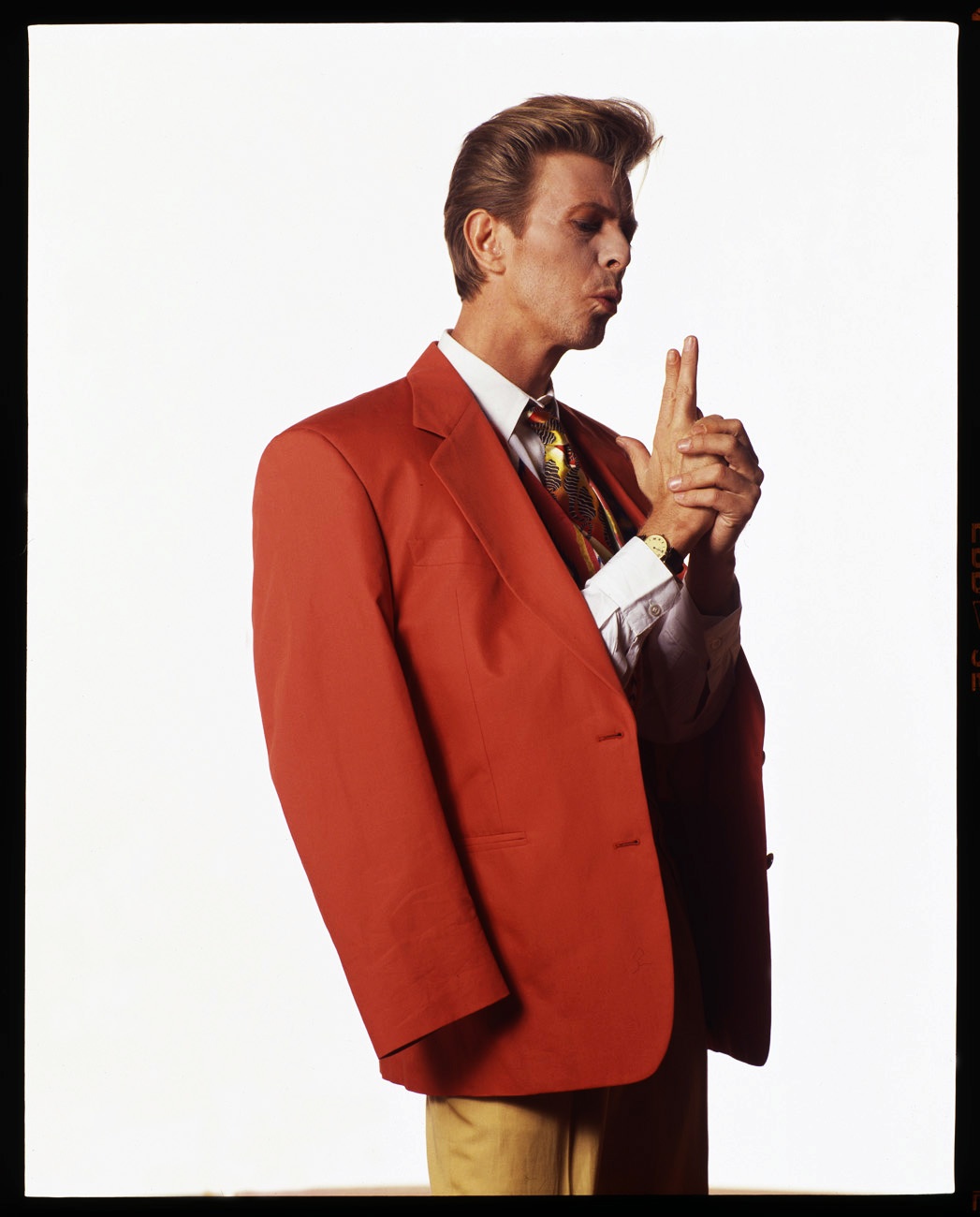 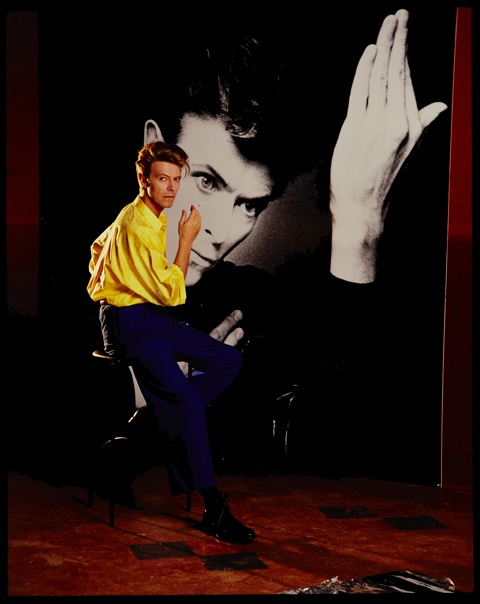 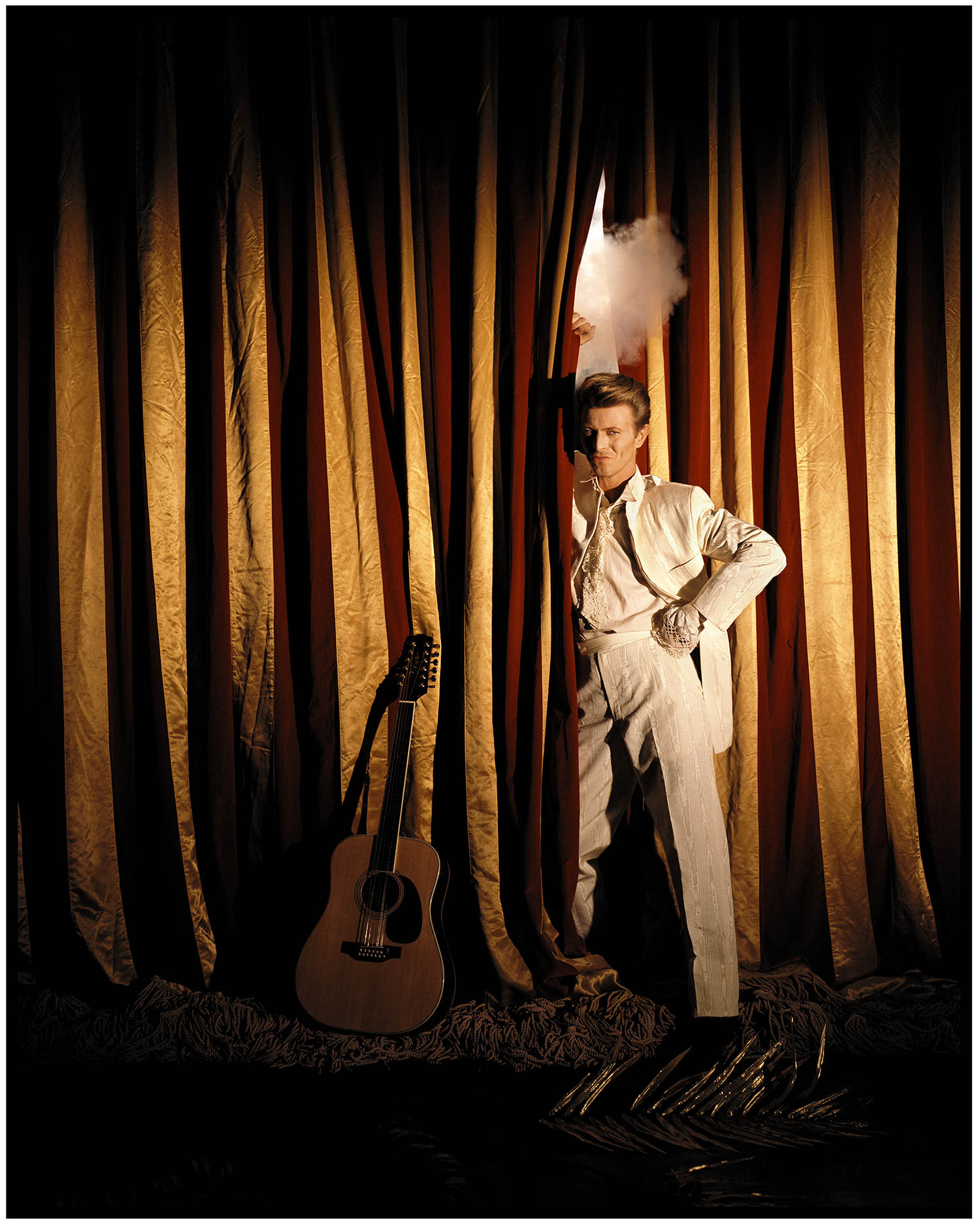 At the Finsbury Park Astoria in 1989, now more commonly known as the Rainbow Theatre

“I worked with David on six occasions. Without a shadow of a doubt the first shoot I did with David was the most memorable as it was the beginning of a trust and a loyalty between photographer and subject. As you can imagine, photographing such a great musician made it difficult to know which music to play in the photo session. So I put Diana Ross and The Supremes, Curtis Mayfield, Bobby Womack, The Four Tops, Martha Reeves and The Vandellas and Bob Dylan… and more…

“David was magnificent to photograph and needed no direction at all, he was a complete professional, never complained and was never late nor early just bang on time.”

“We became very good friends at the time and we enjoyed on many occasions discussing the arts: cinema and literature were popular topics, and David is a devoted fan of painting. Francis Bacon would constantly come up in conversation and in many ways this triptych is dedicated to Francis Bacon. Bowie was a very intense and inspiring subject and I would normally only shoot one roll of film on each different costume change. In fact, these frames are chosen from a roll of film of which only eight frames were exposed.” – Tony McGee 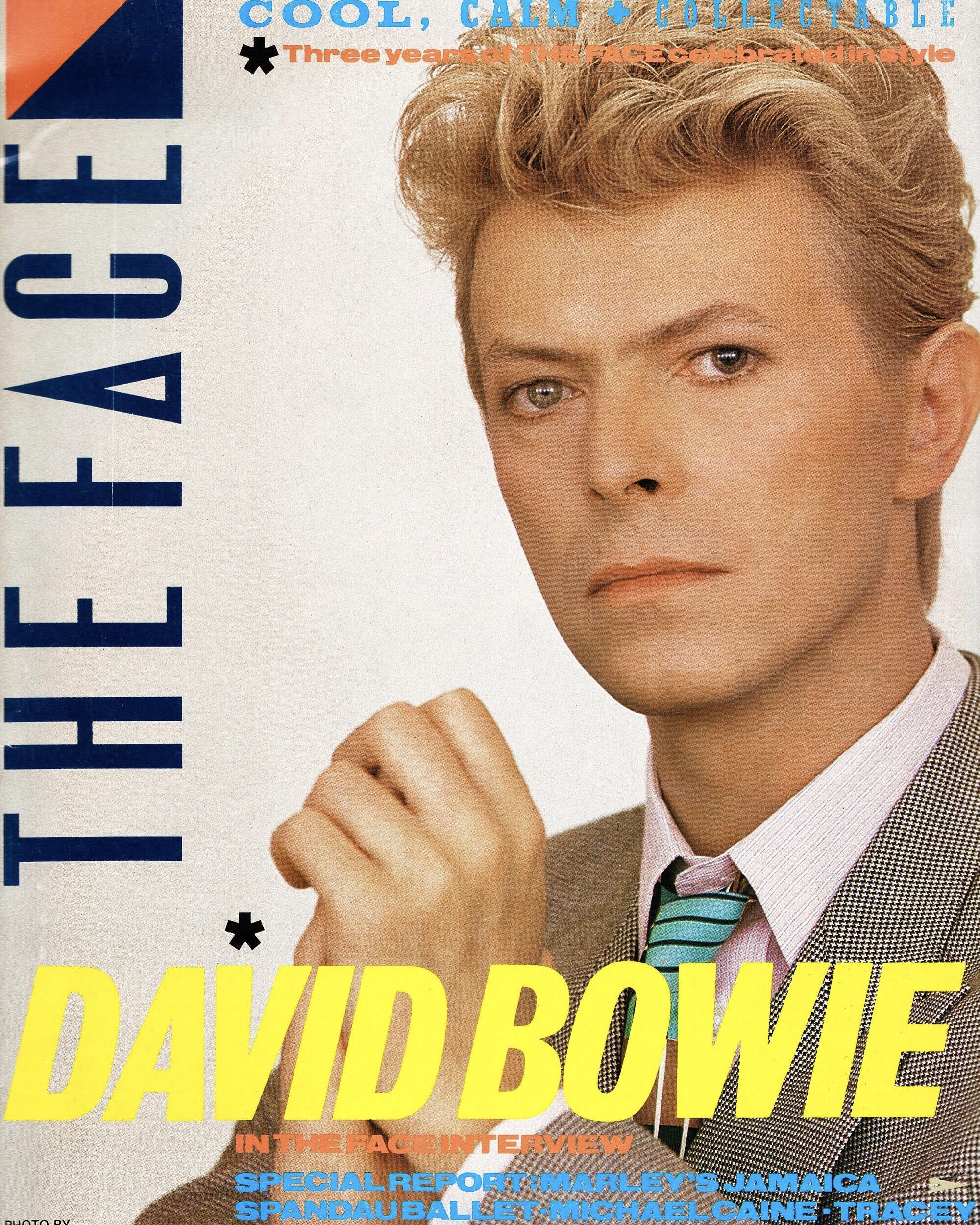 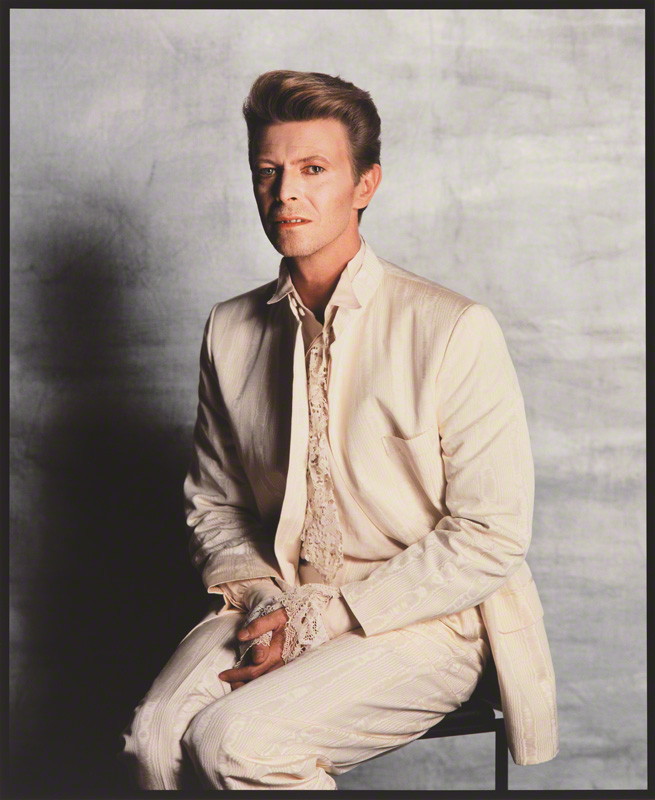 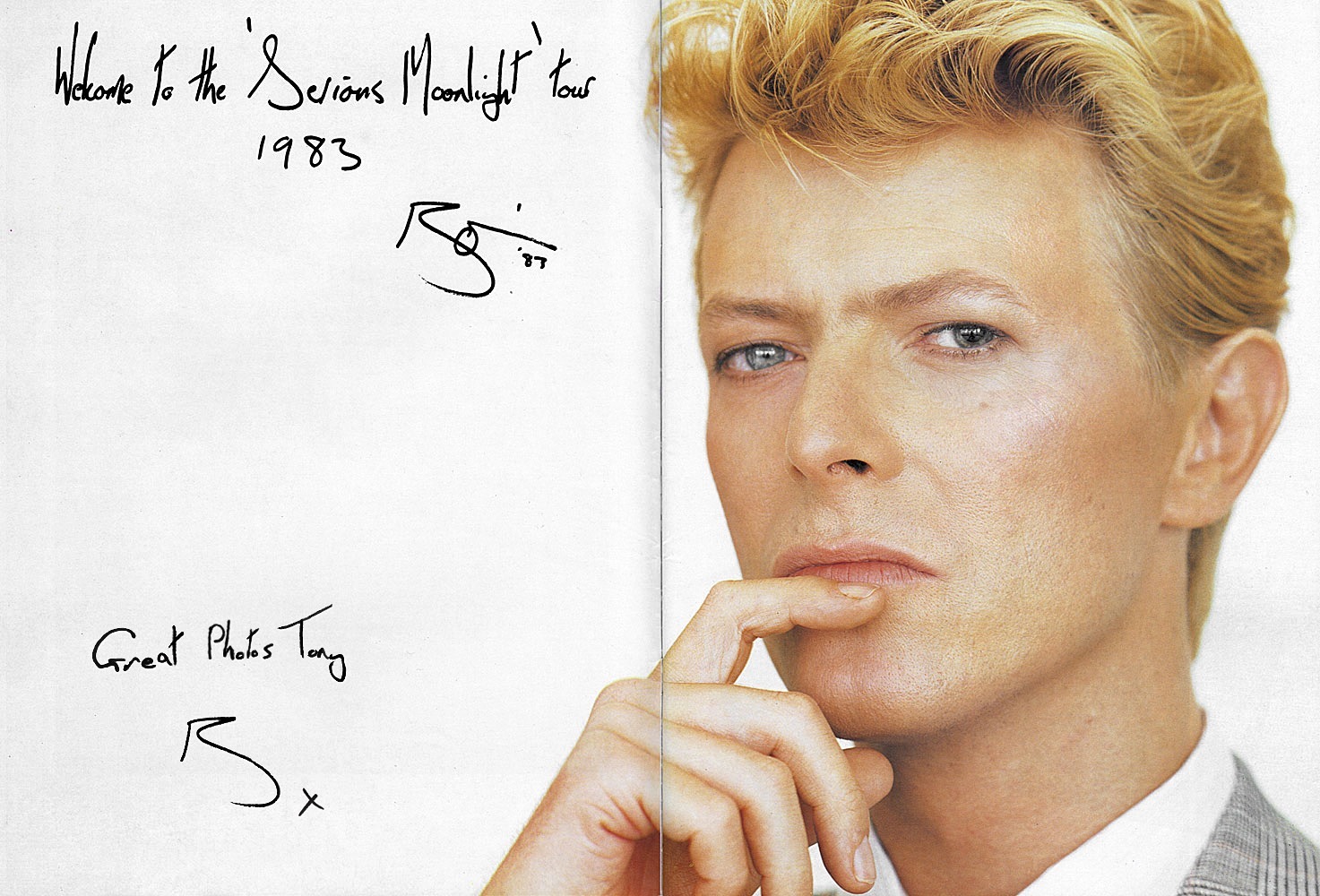 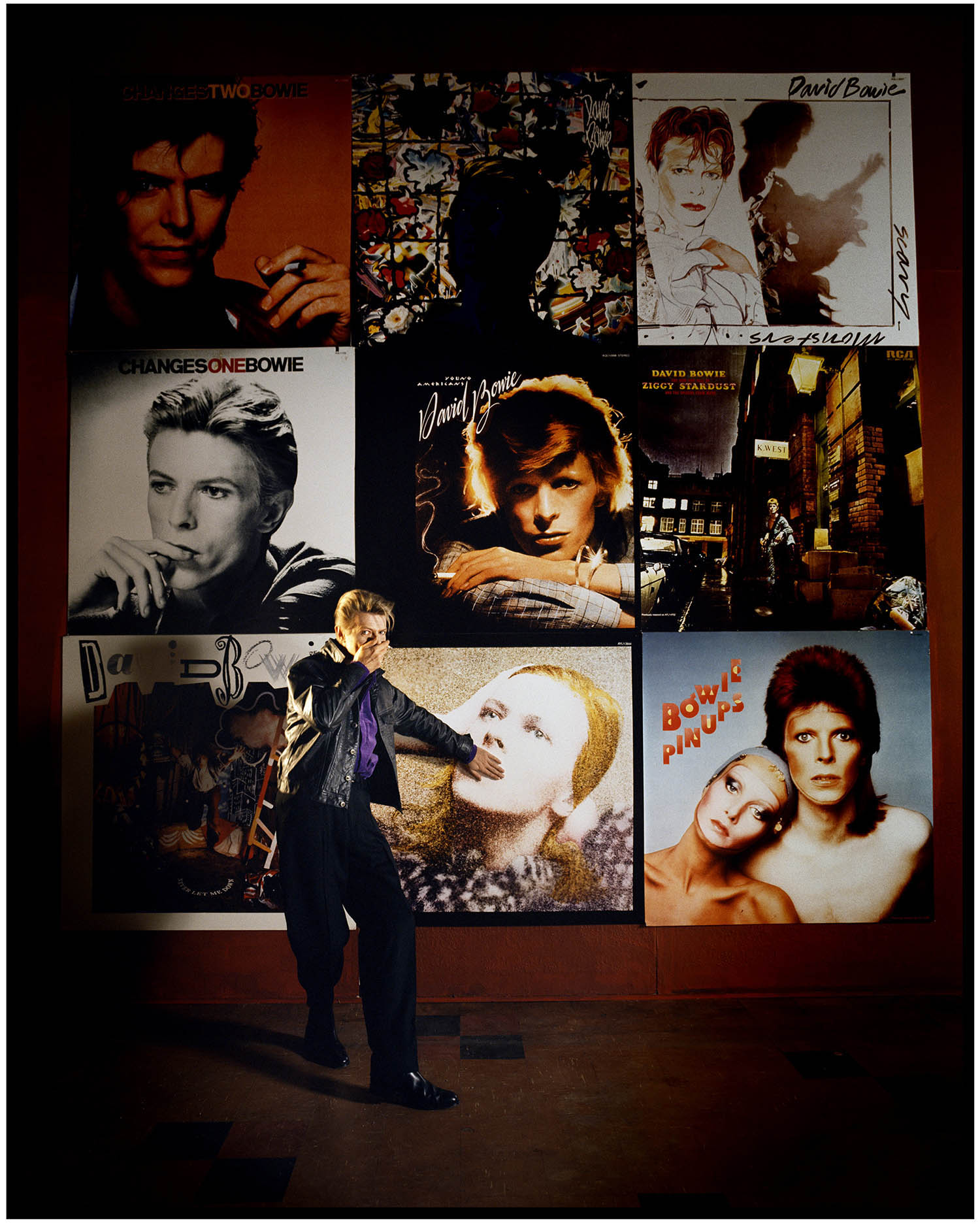 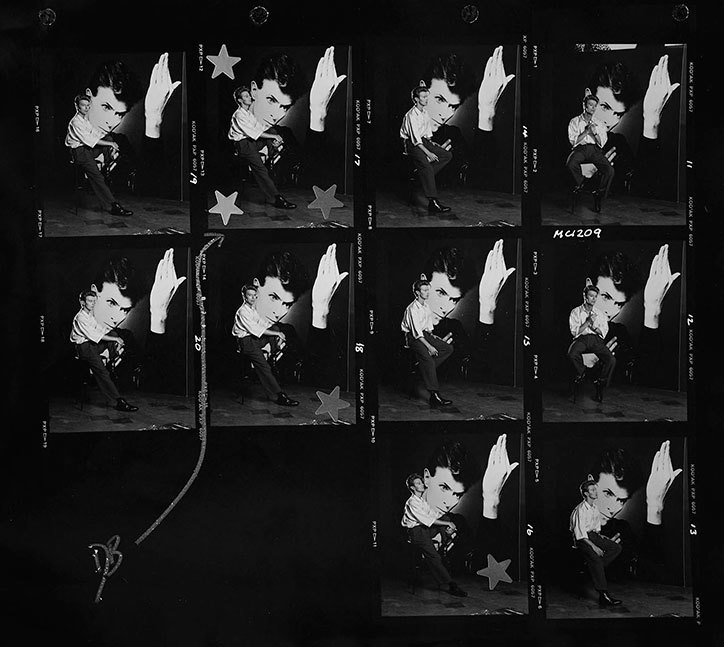 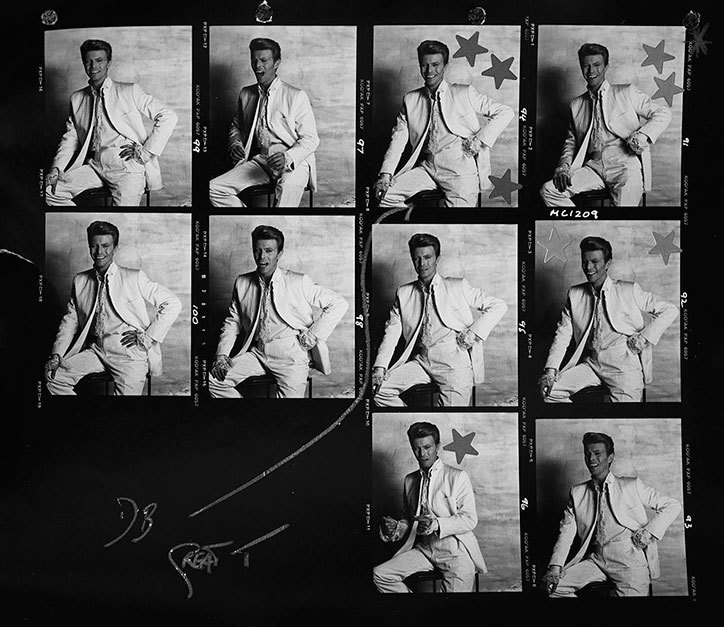 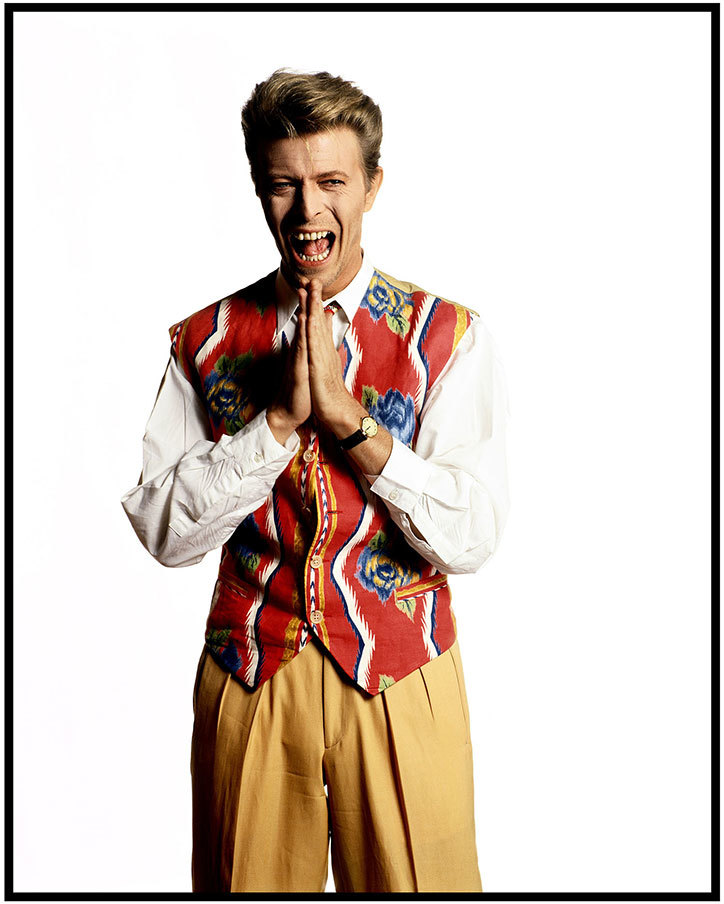 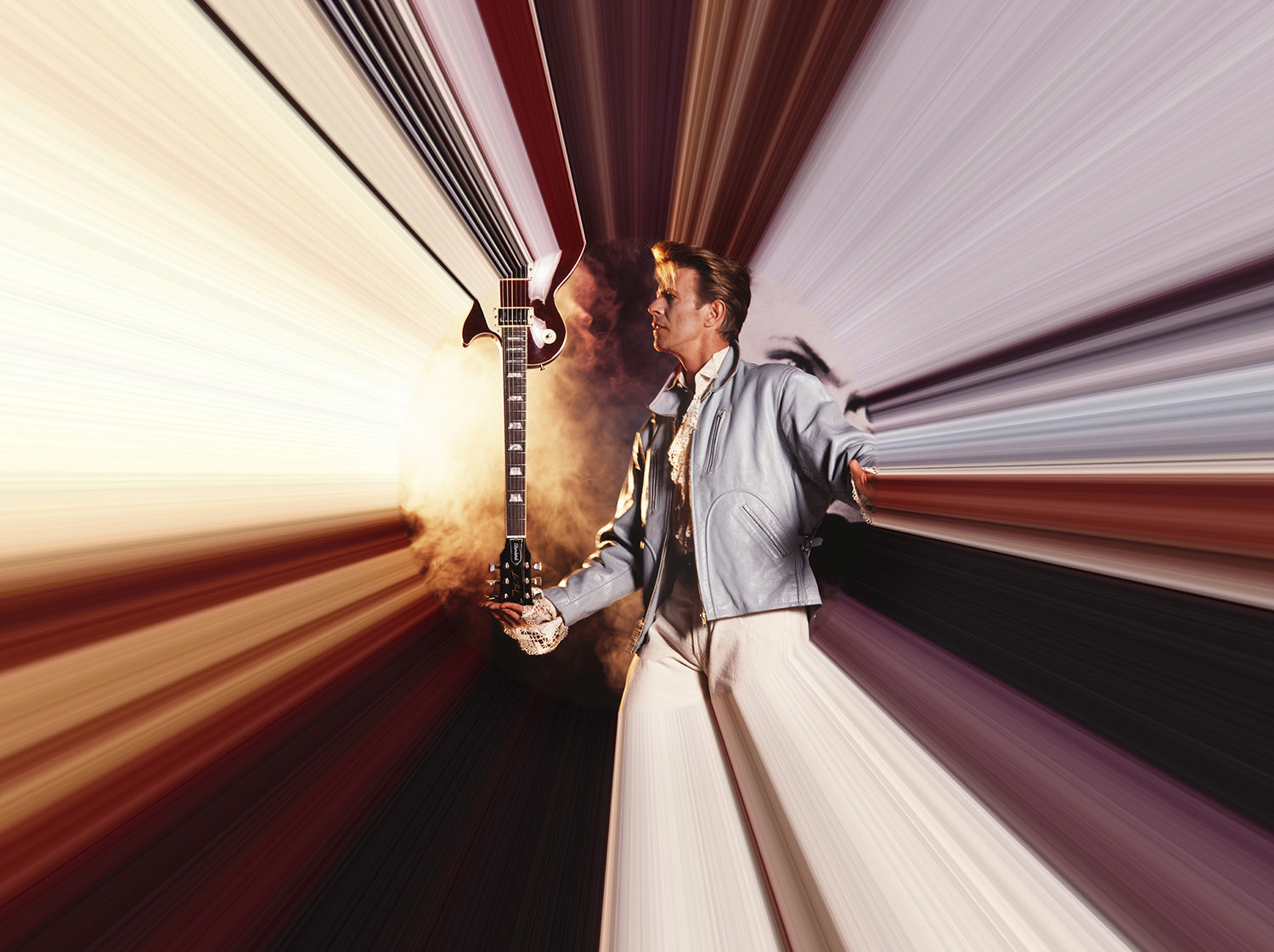 Bowie was photographed by McGee on a number of occasions, and Tony would personally take the contact sheets from the photoshoots to Bowie who would then sign off on the images and put gold stars on the images of his choice. A number of the original contact sheets will be on display at Imitate Modern, in addition to a retrospective of portraits of David Bowie, many of which show a personal side of the musician, in contract to the many characters that he impersonated throughout his career.