Wendy Ewald (born 1951) has been travelling to rural communities to teach local children how to use a camera since 1975. She has travelled to India, Labrador, Colombia, India, South Africa, Saudi Arabia, Holland, Mexico and Tanzania, encouraging children, as she states, “to use cameras to look at their own lives, their families and their communities, and to make images of their fantasies and dreams”. After graduating Antioch college, Ohio, in 1974, Wendy soon after took a trip to Letcher County in Kentucky’s Appalachian mountains. The children bought her $10 cameras Instamatic cameras and took these snapshots and portraits of their lives. Why sell them? She explains: “I hoped that by buying the cameras they would value them as things they had worked to earn money for and would have as long as they took care of them.” 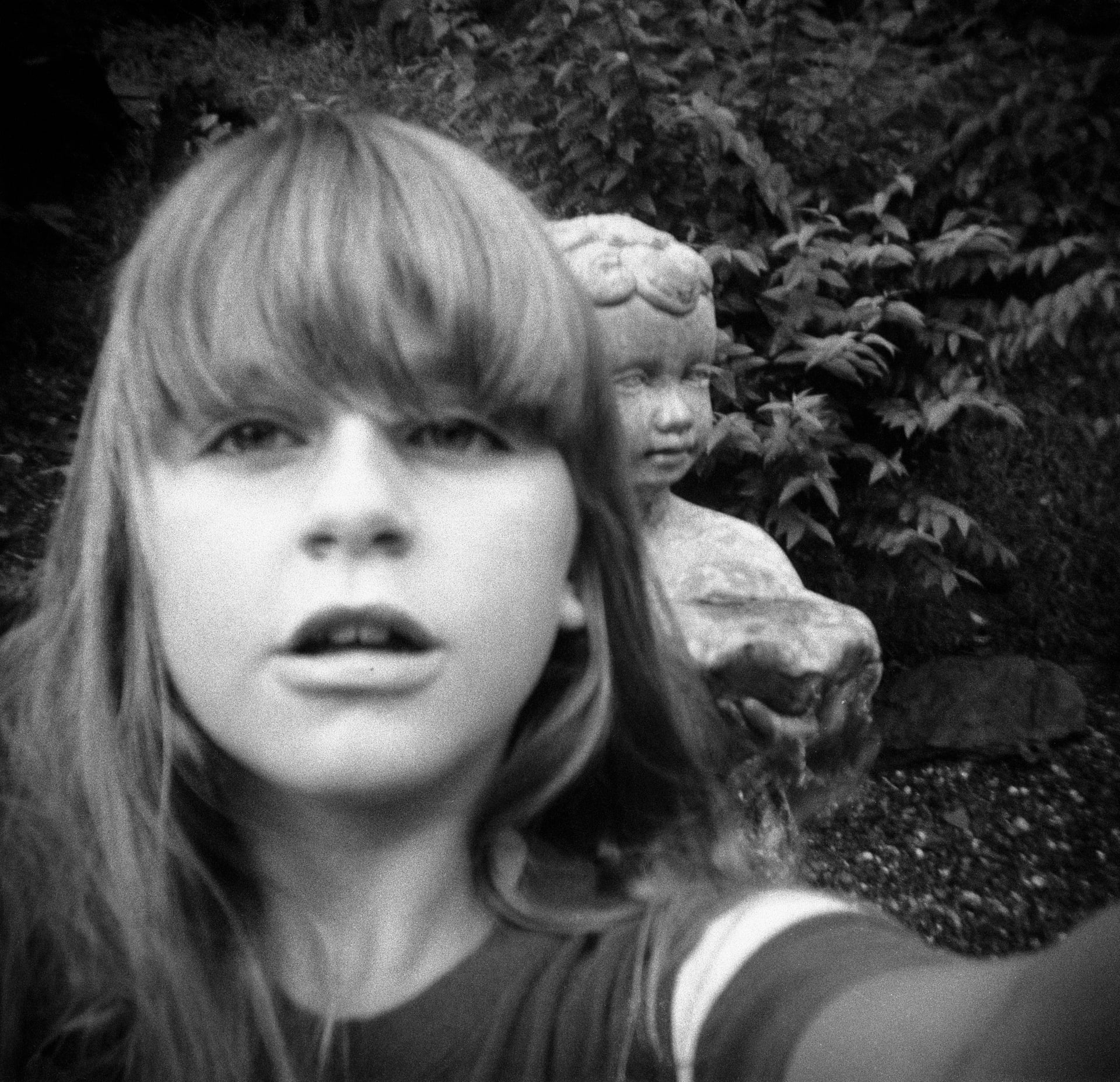 Janet Stallard: “I took a picture of myself with the statue in the backyard.” 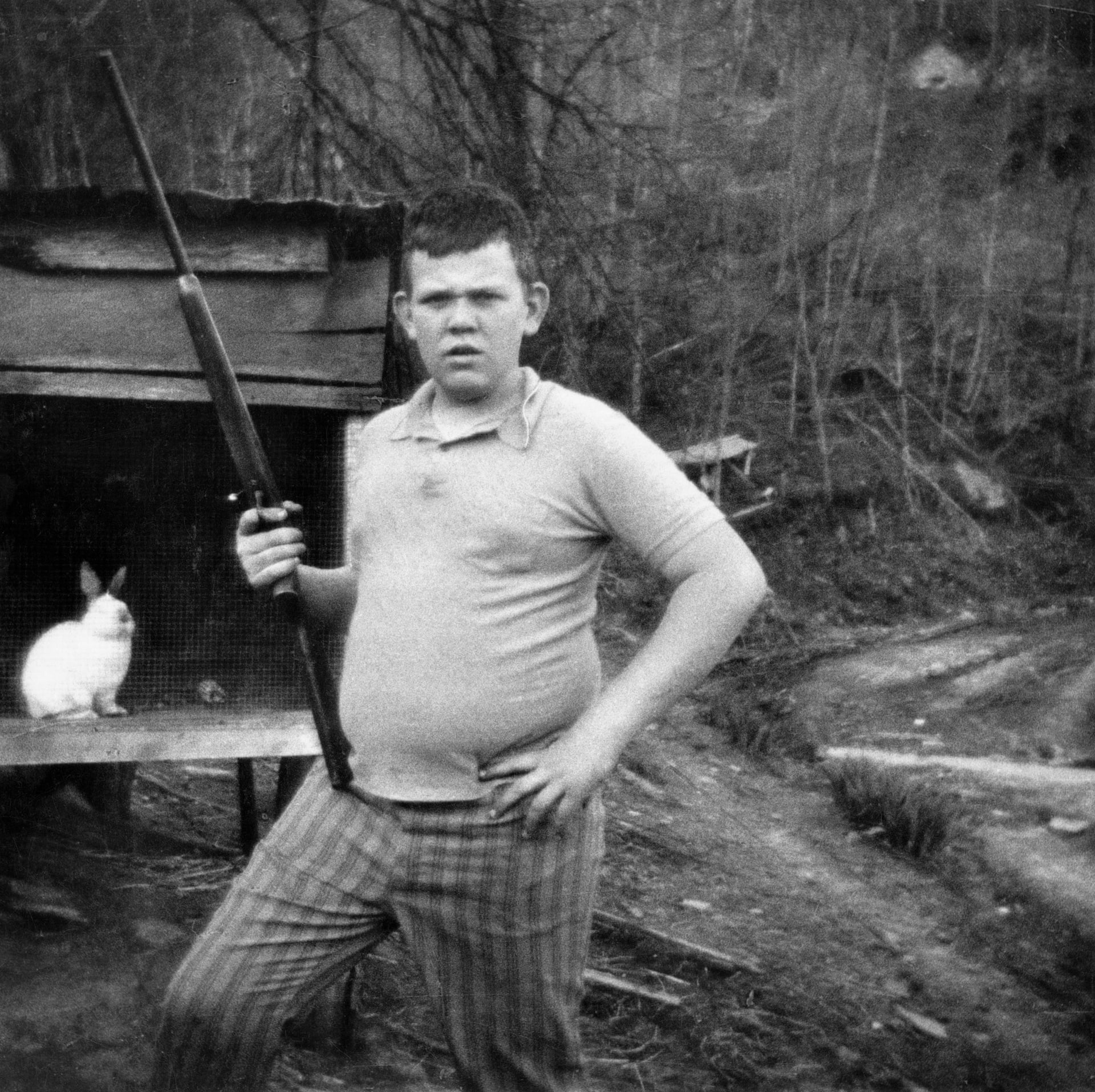 Albert Ison: “Self-portrait with my .22” 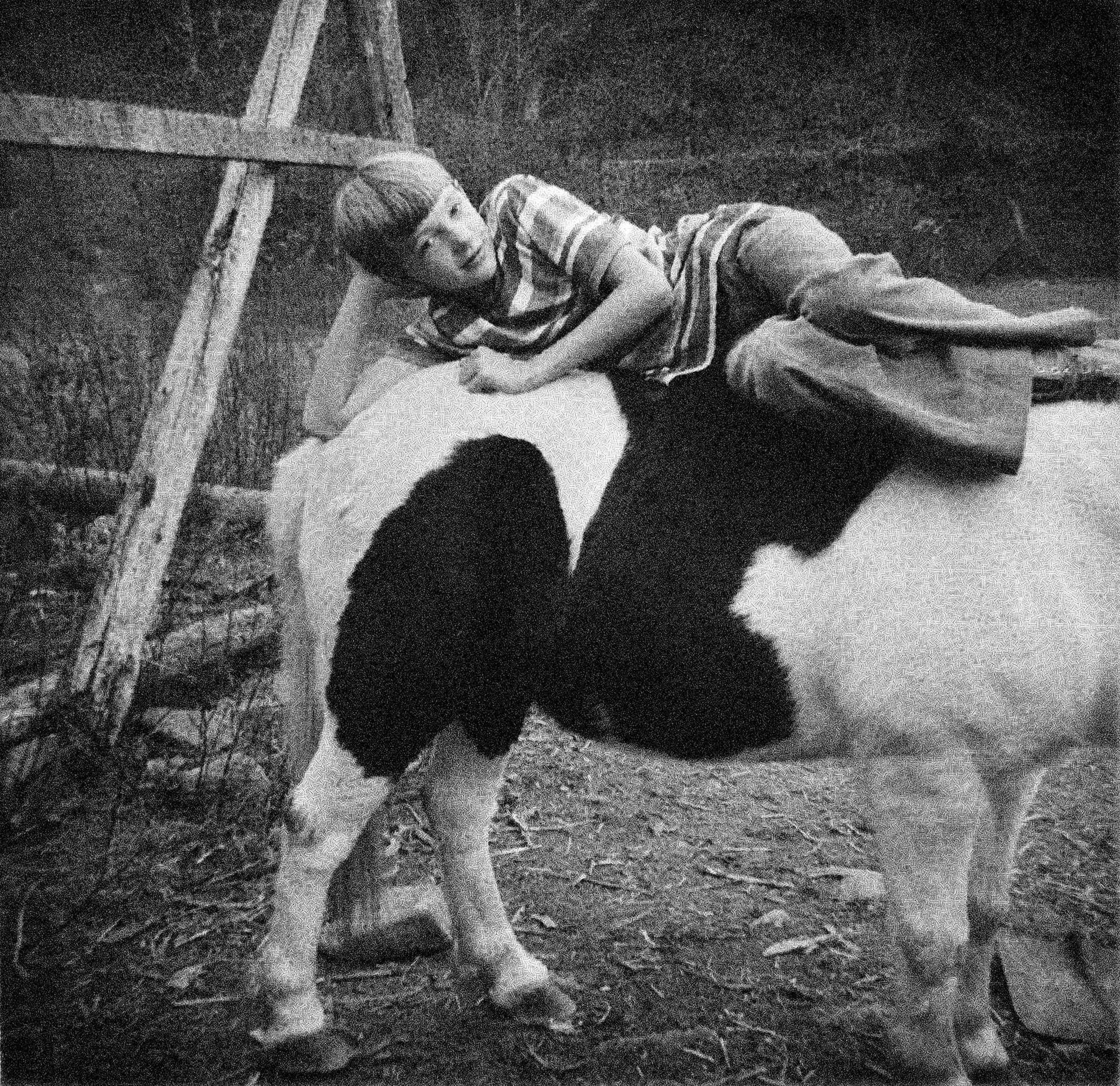 Russell Akemon: Lying on the back of my old horse

Denise Dixon: Self-portrait reaching for the Red Star sky.  ‘I was supposed to be dancing…See, the music was in that basement, and the camera was right beside the basement.” – Gif via ArtDoc 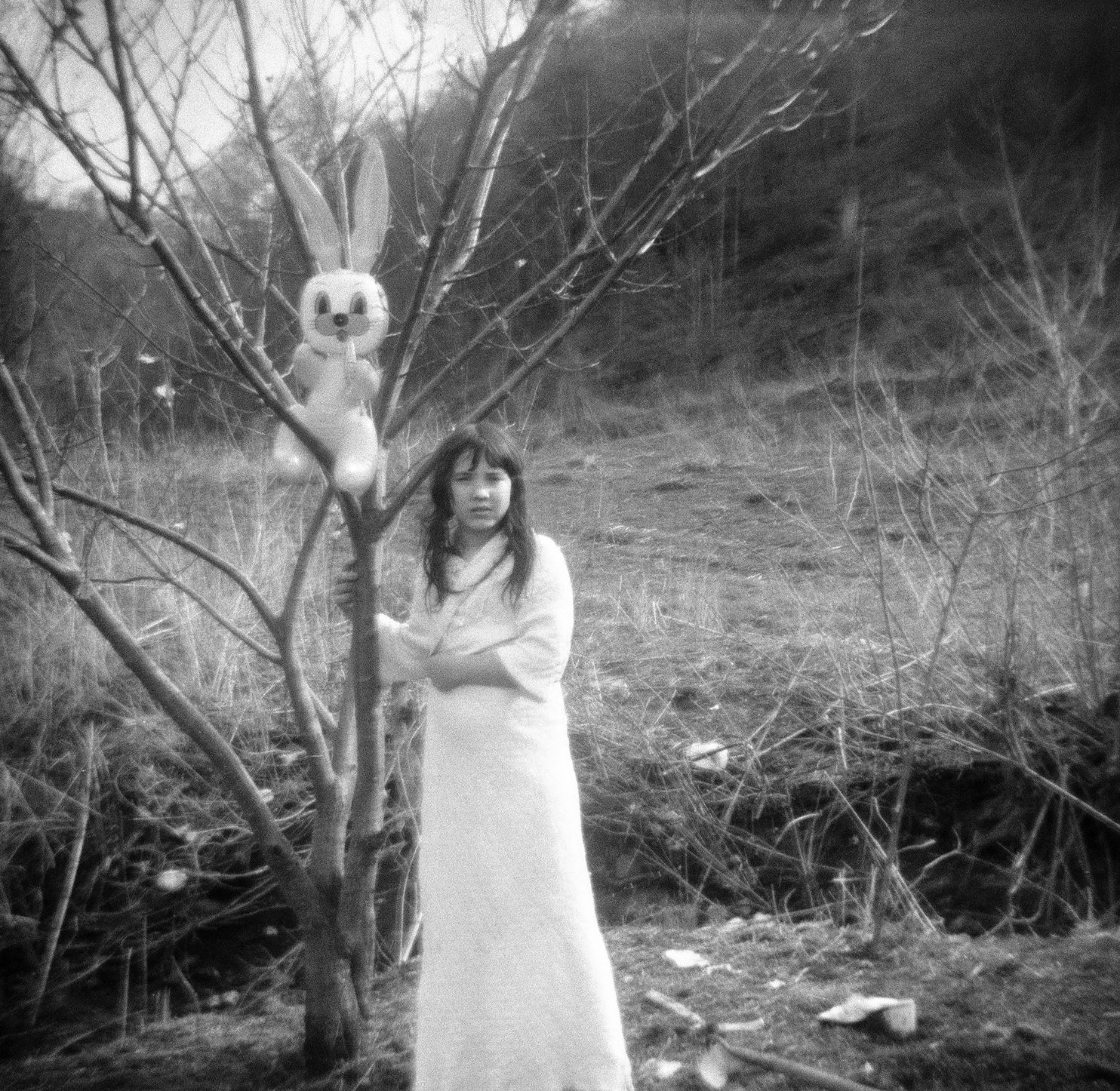 Ruby Cornett: ‘I asked my sister to take a picture of me on Easter morning’ 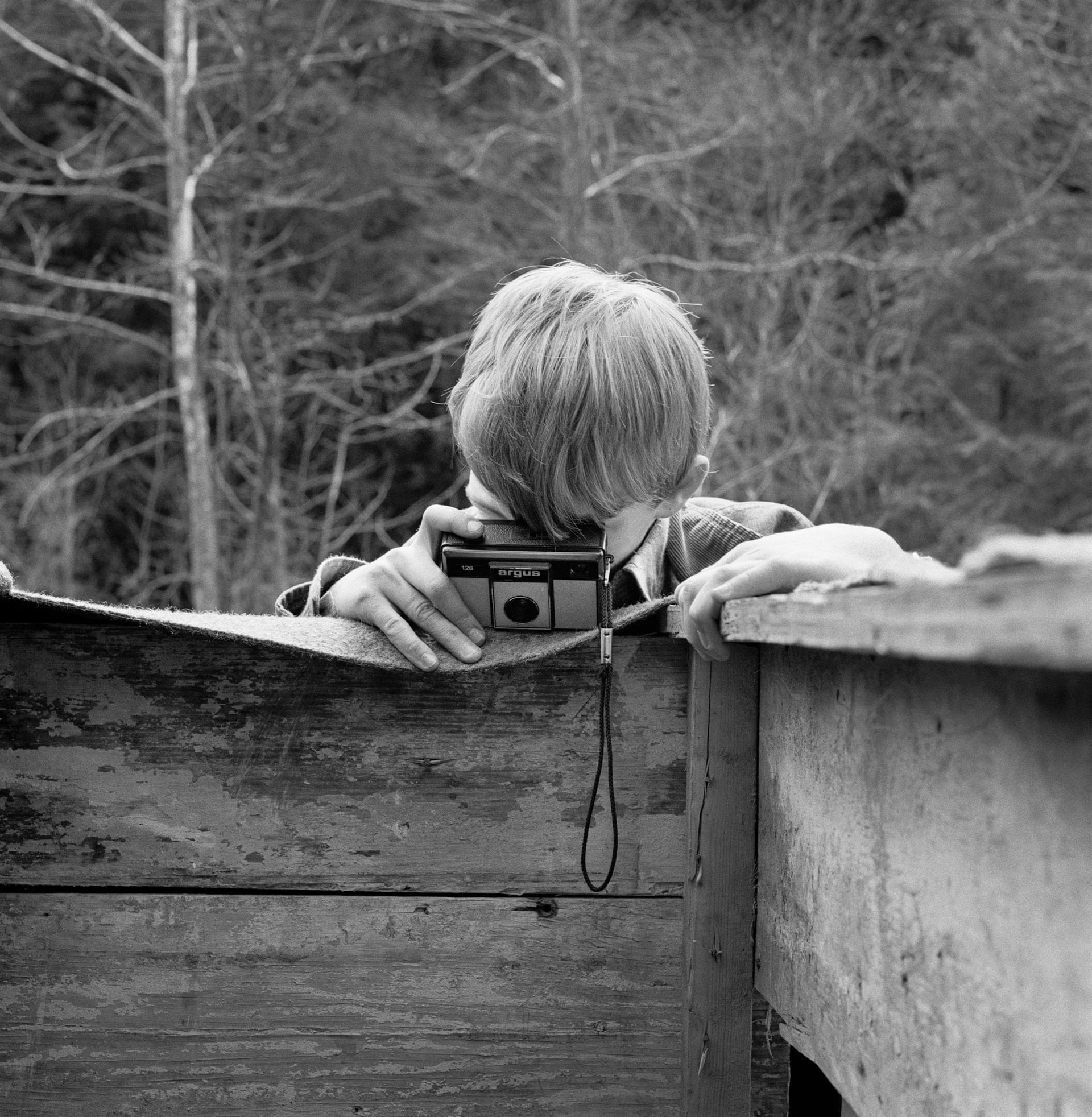 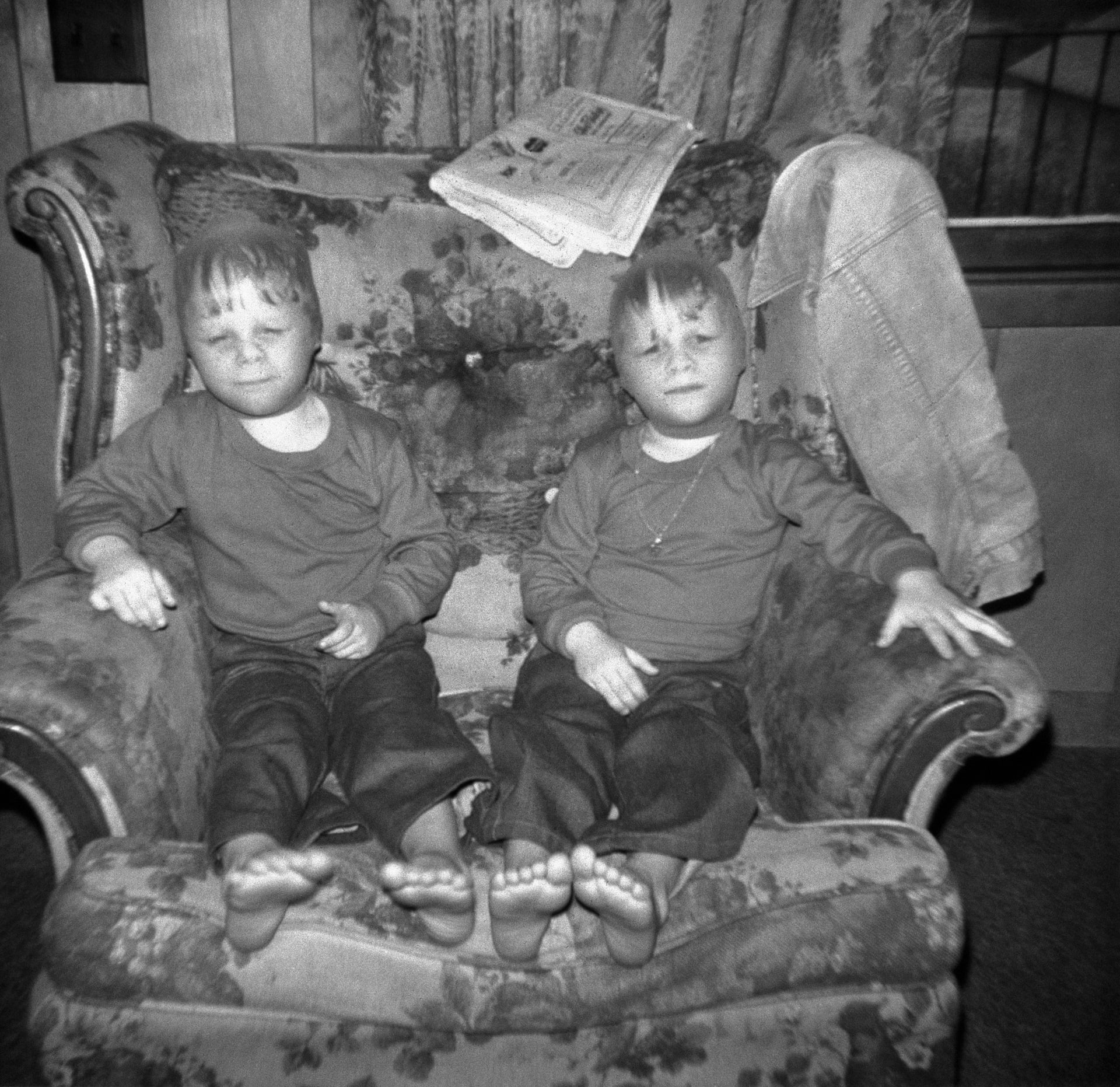 Phillip and Jamie Dixon: Creatures from outer space in their space ship.
Denise Dixon: ‘I like to take pictures from my dreams, from television, or just from my imagination. I like those kind of pictures because they’re scary. My twin brothers, Phillip and Jamie, pose for me. I always think about what I’m going to do before I take the picture’ 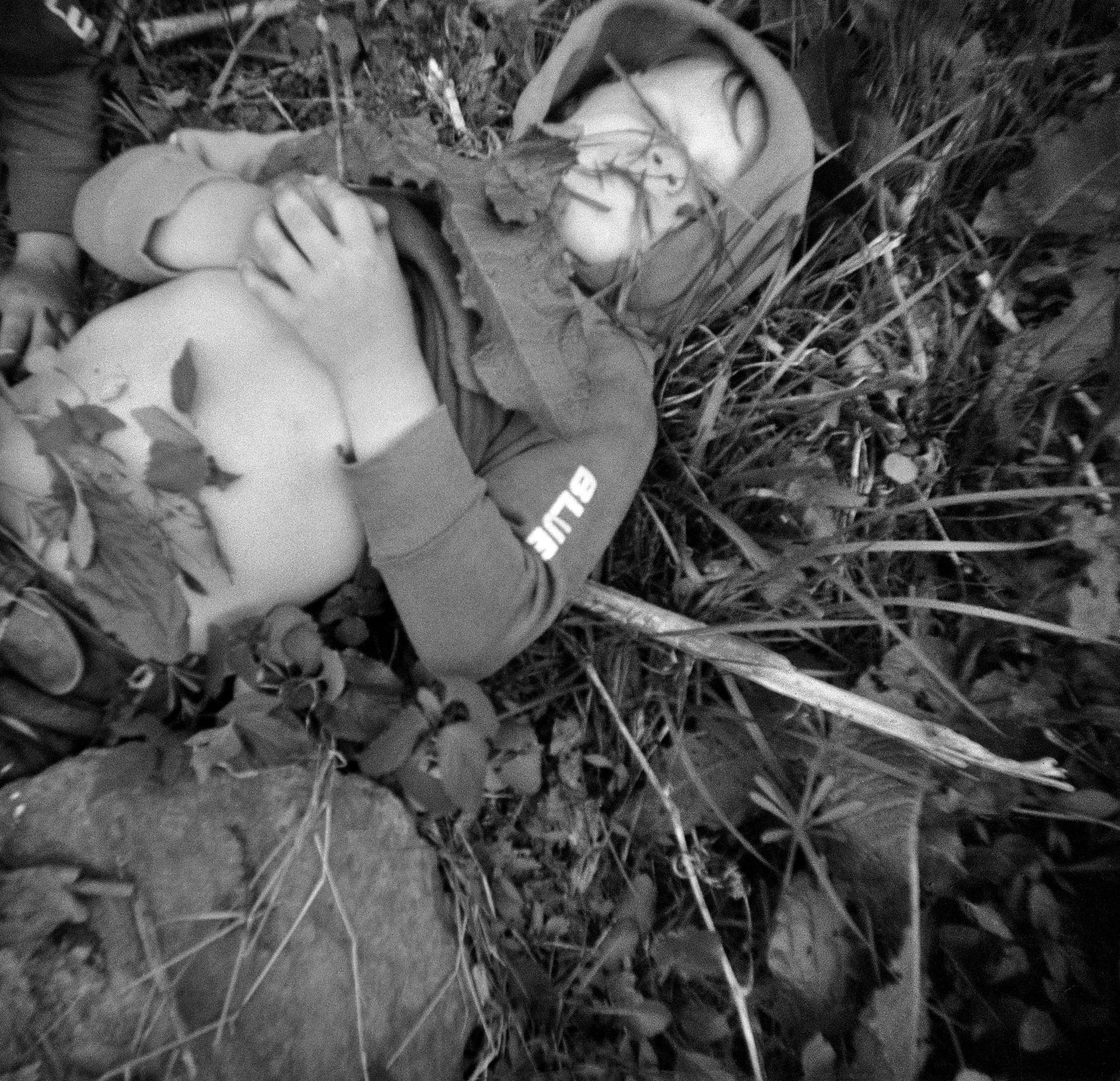 Phillip Dixon – Denise Dixon: ‘I dreamt the twins tried to kill each other. Phillip was supposed to be dead but Jamie sees him floating in the tree. I put wood on top of him like a house fell on him. And I told him to act like he was dead. I took some in the graveyard above my house. For one I told Jamie to grab a hold of the gravestone and start screaming. For the other I told him to kneel down. I told him to bow down like he was sad. I took the picture from the foot of the grave that had just been filled’ 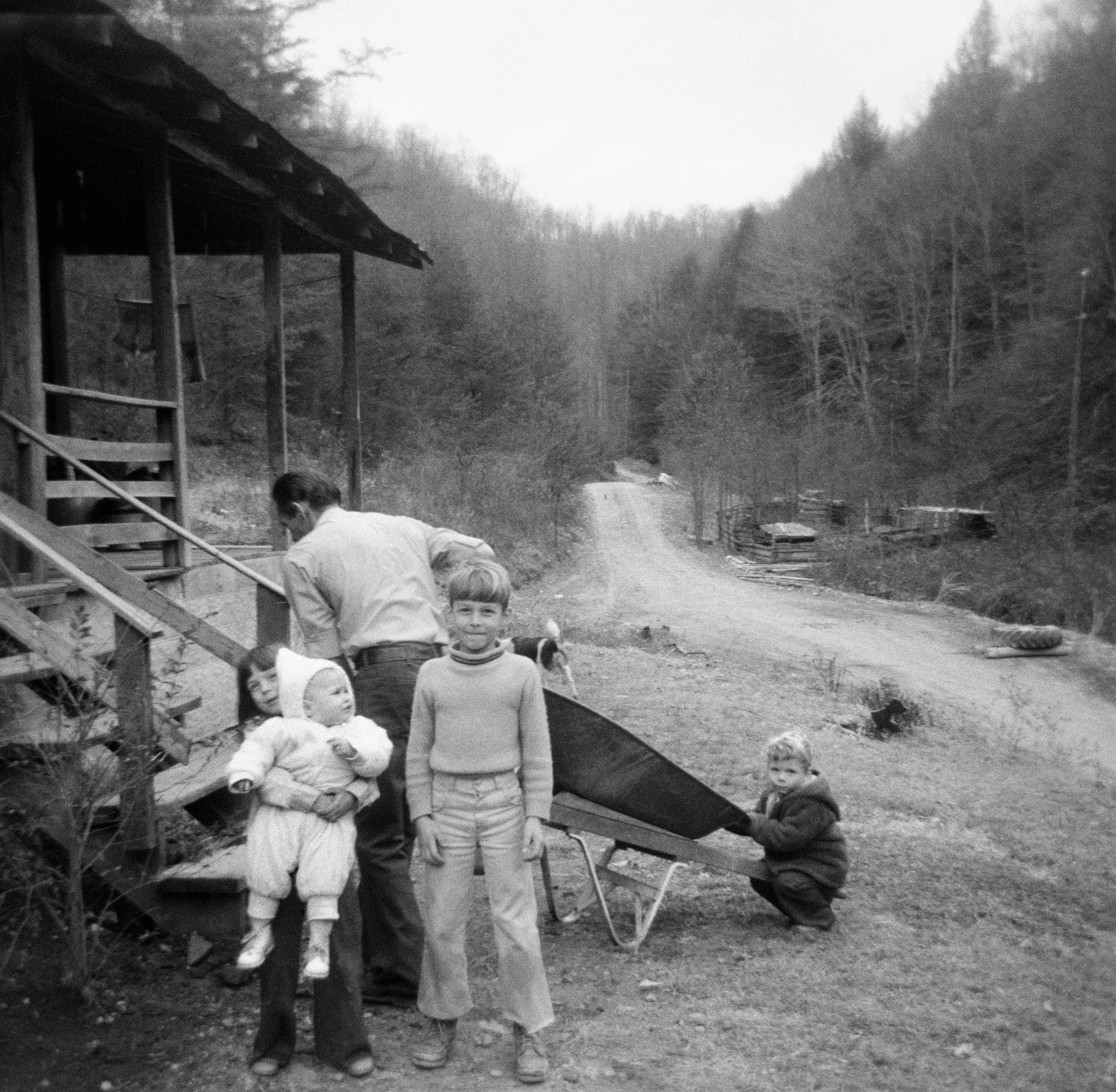 Family portrait by a fourth grader: My family on Cowan Creek. 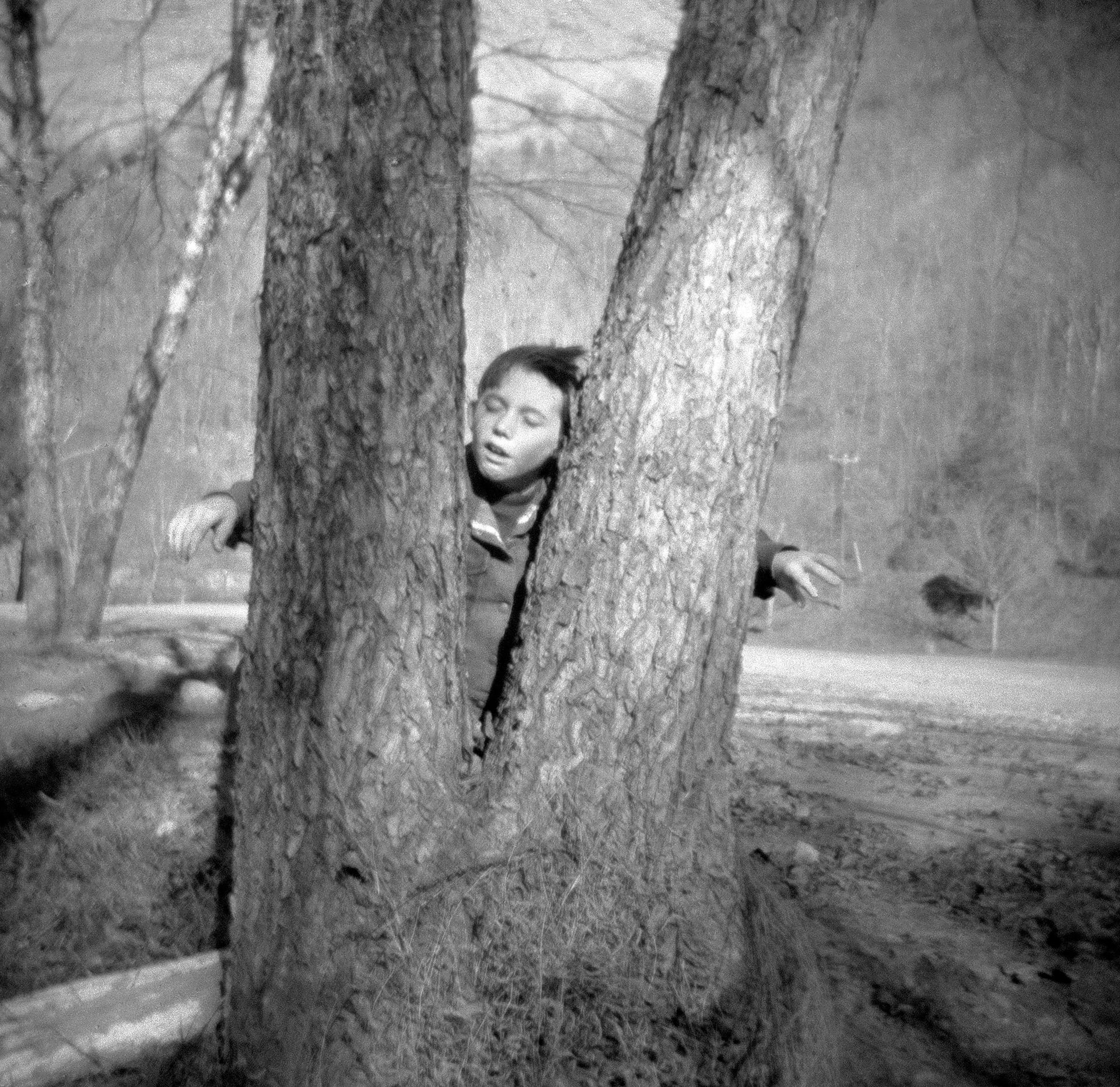 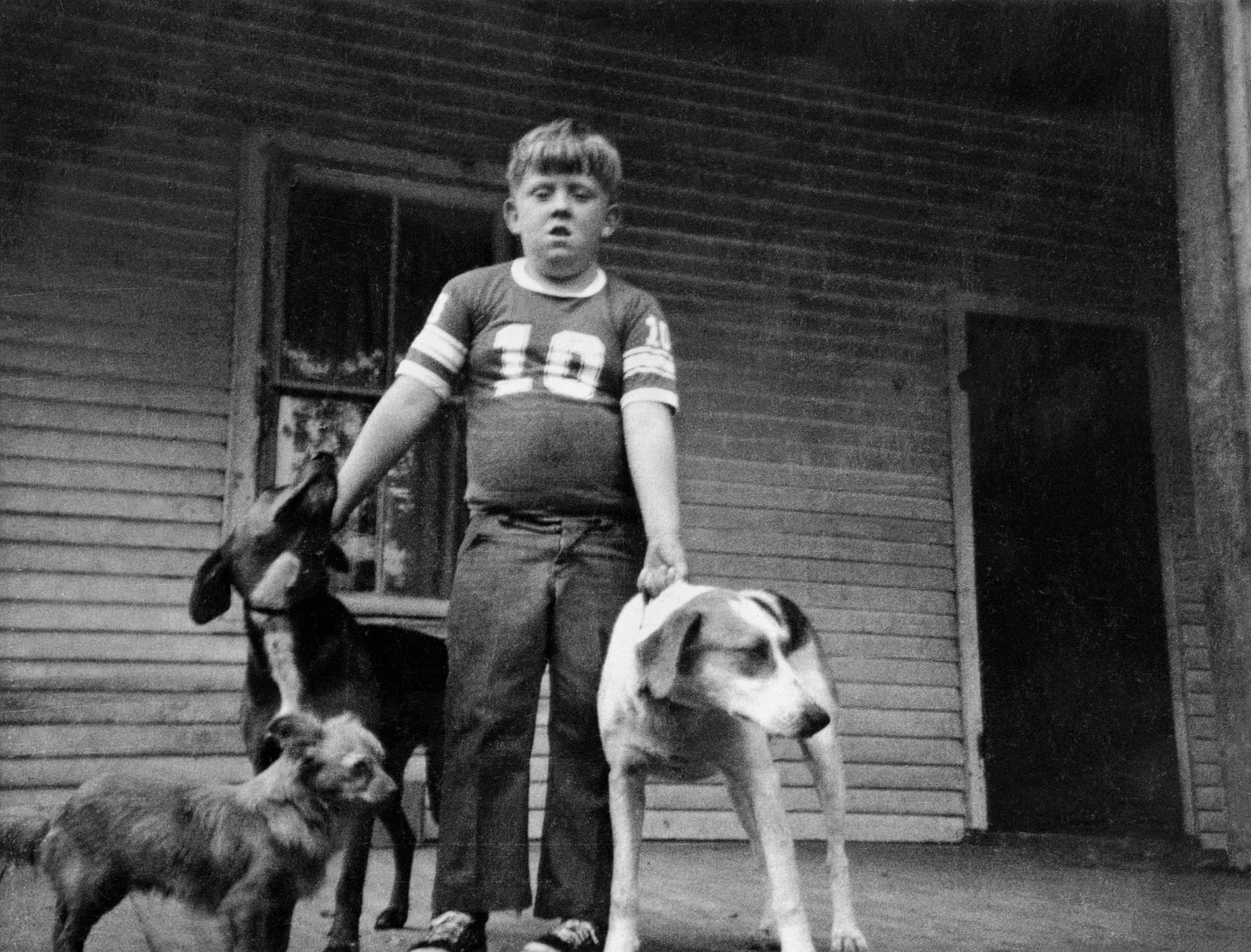 Billy Dean Ison with his hounds

The series of photos is brought to together in Wendy’s book Portraits and Dreams.