“Forty-two years ago I photographed Muhammad Ali in the rural Pennsylvania sanctuary he called ‘Fighter’s Heaven’ as he prepared for the greatest contest of his career,” says Peter Angelo Simon. “Here was the most famous and contentious personality on the planet in his private retreat – the calm eye of the public hurricane – which was most of his life. While a global audience was fixated on his fate, I was able to record aspects of Ali virtually unknown.”

In October 1974, Muhammad Ali would attempt to regain the world heavyweight boxing championship title that was stripped from him when he refused the Vietnam draft seven years earlier. He faced the brutal, undefeated George Foreman in Zaire, Africa, the fight he had dubbed The Rumble in The Jungle.

Only weeks before, on August 11-12, photographer Peter Angelo Simon was invited to experience the private world of one of the most famous people on the planet as he prepared mentally and physically for the biggest challenge of his life. 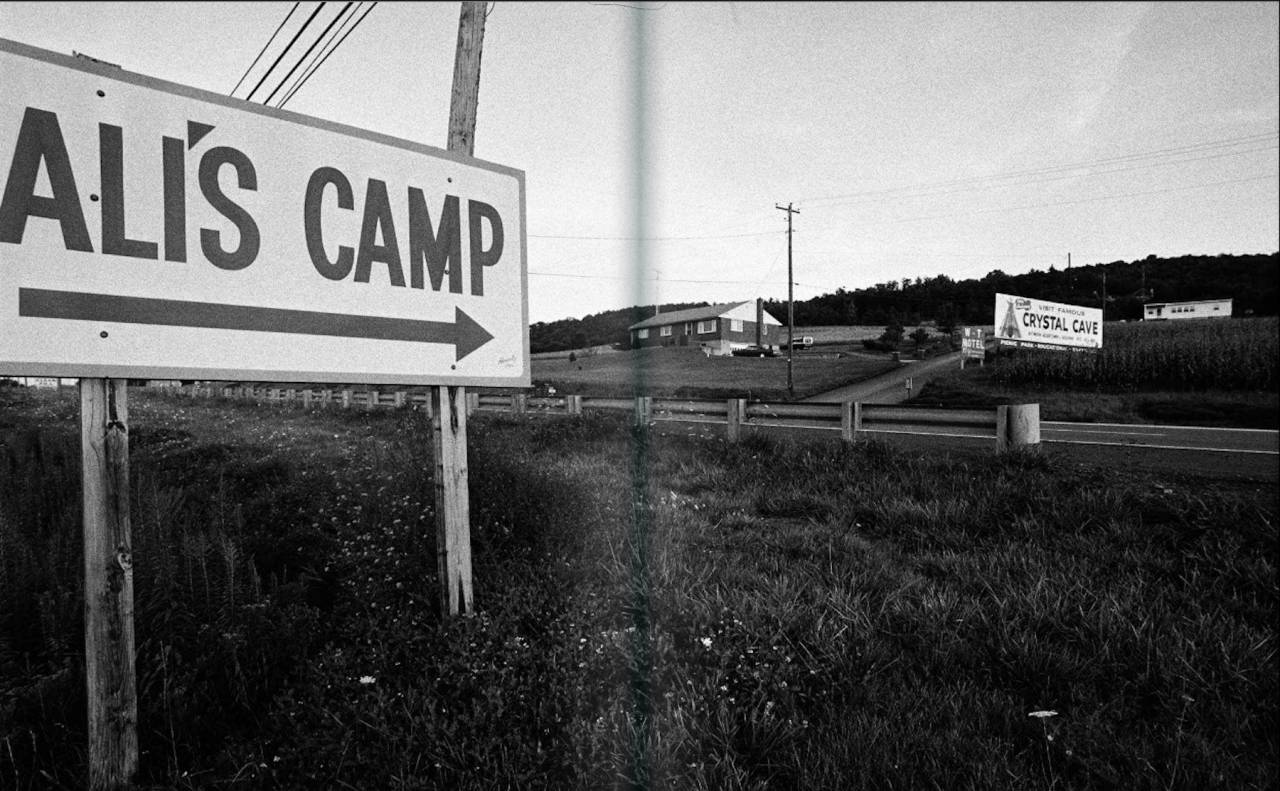 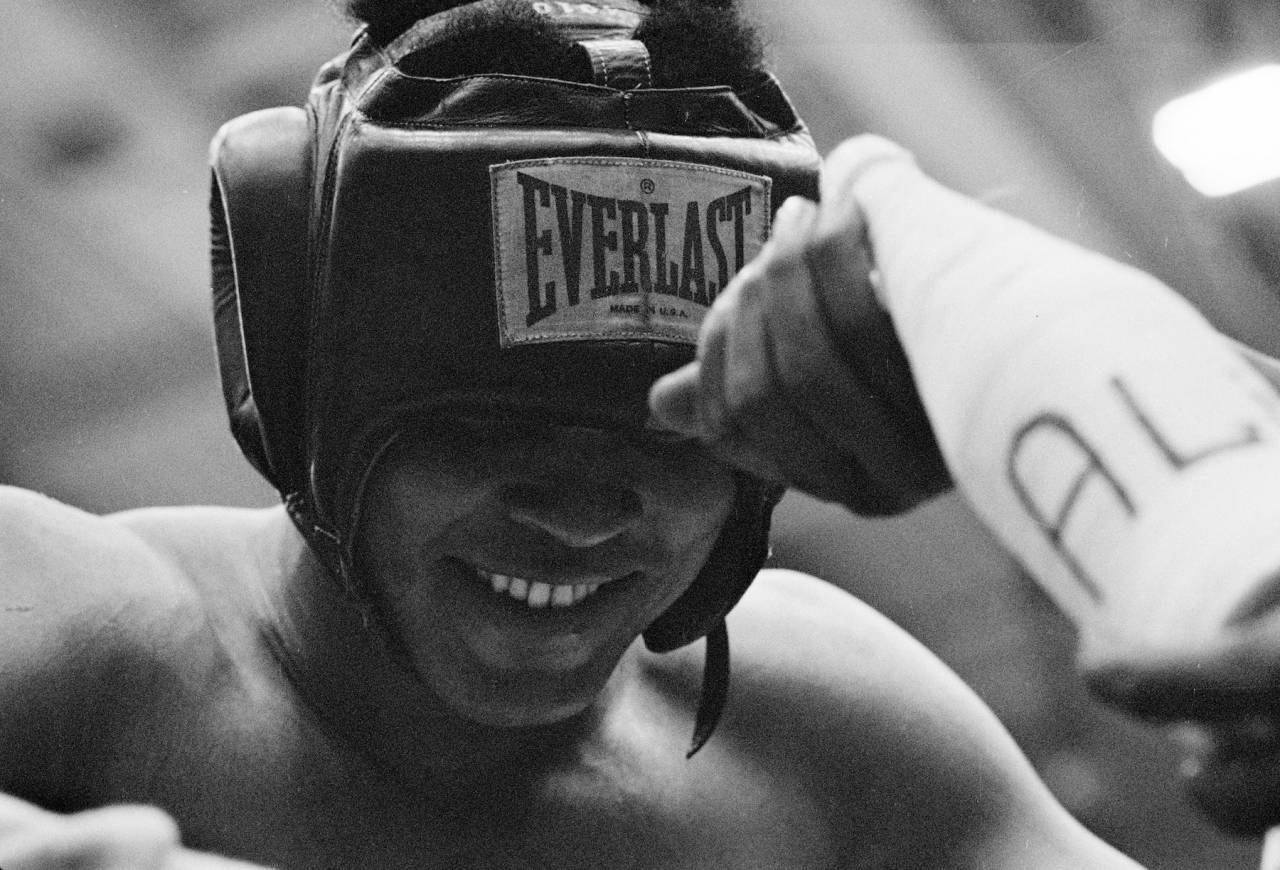 “I was astonished by what I discovered at Deer Lake,” adds Simon. “The camp had an air of playfulness and creativity – power boulders bearing the names of boxing greats of the past, magic tricks, tea and poetry, Ali relaxing in a rocking chair receiving visitors in a log cabin. While Ali prepared his body with rigorous physical training, the camp’s congenial atmosphere was clearly essential to the nourishment of his soul. Everything I saw at the camp, I felt, was part of Ali’s imaginative formula for success.

“In the next two days I went everywhere with Ali – an old people’s home, an exhibition match, watching him practicing the Rope-a-Dope, taking tea and talking poetry with a visitor. I shot 33 rolls in the two days. Ali said nobody had ever taken so many pictures of him. I believe these photographs reveal aspects of Ali’s fascinating character not previously seen.” 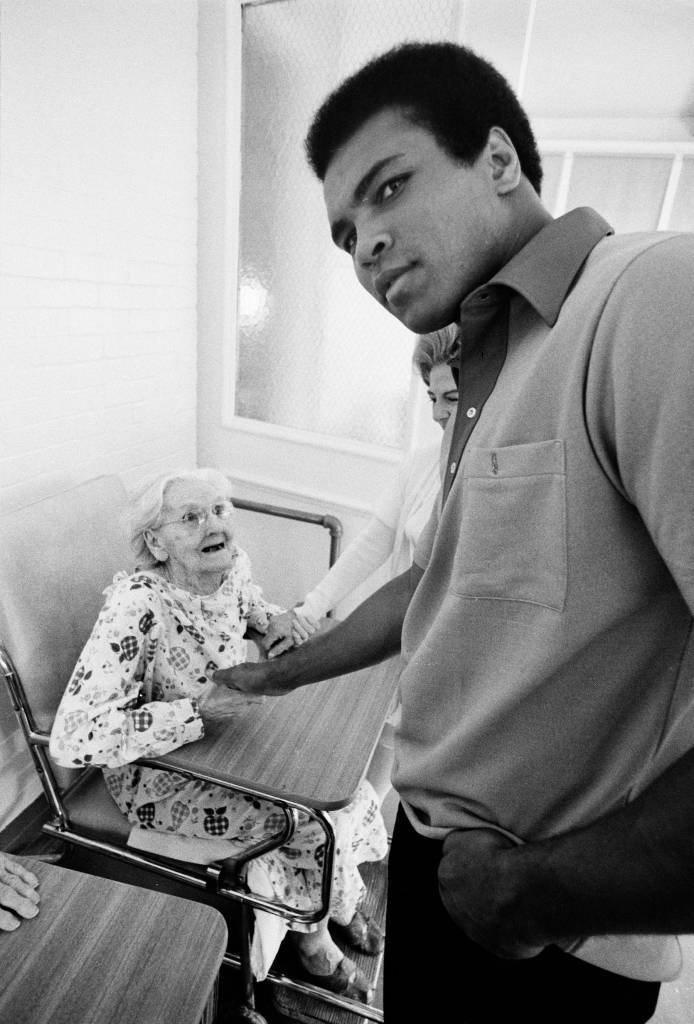 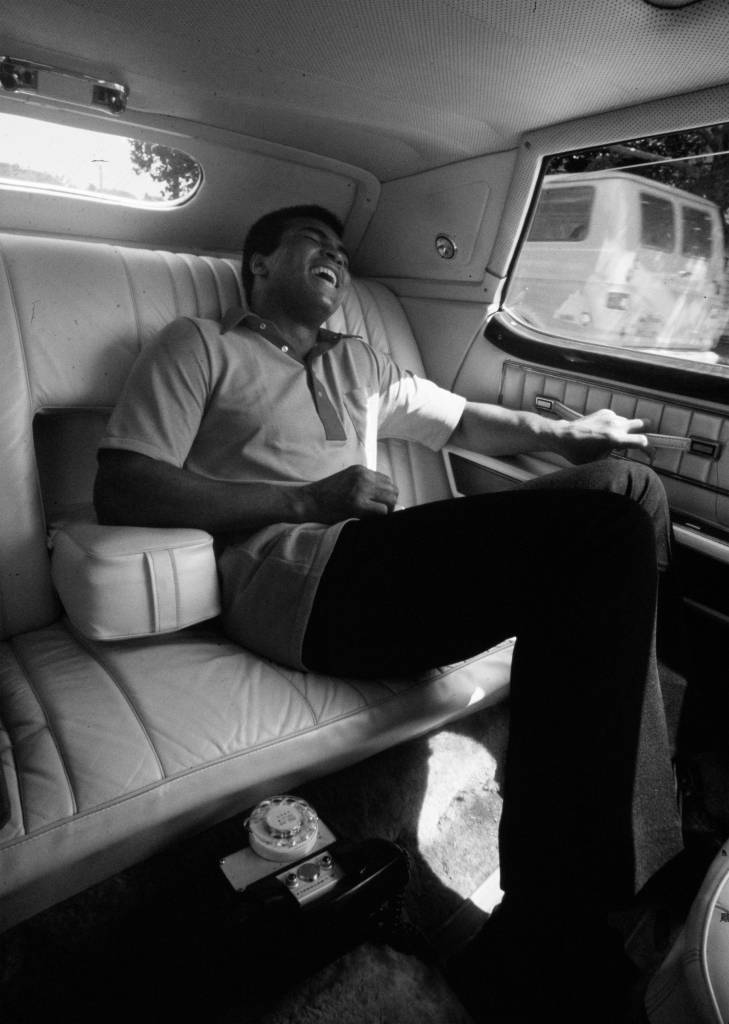 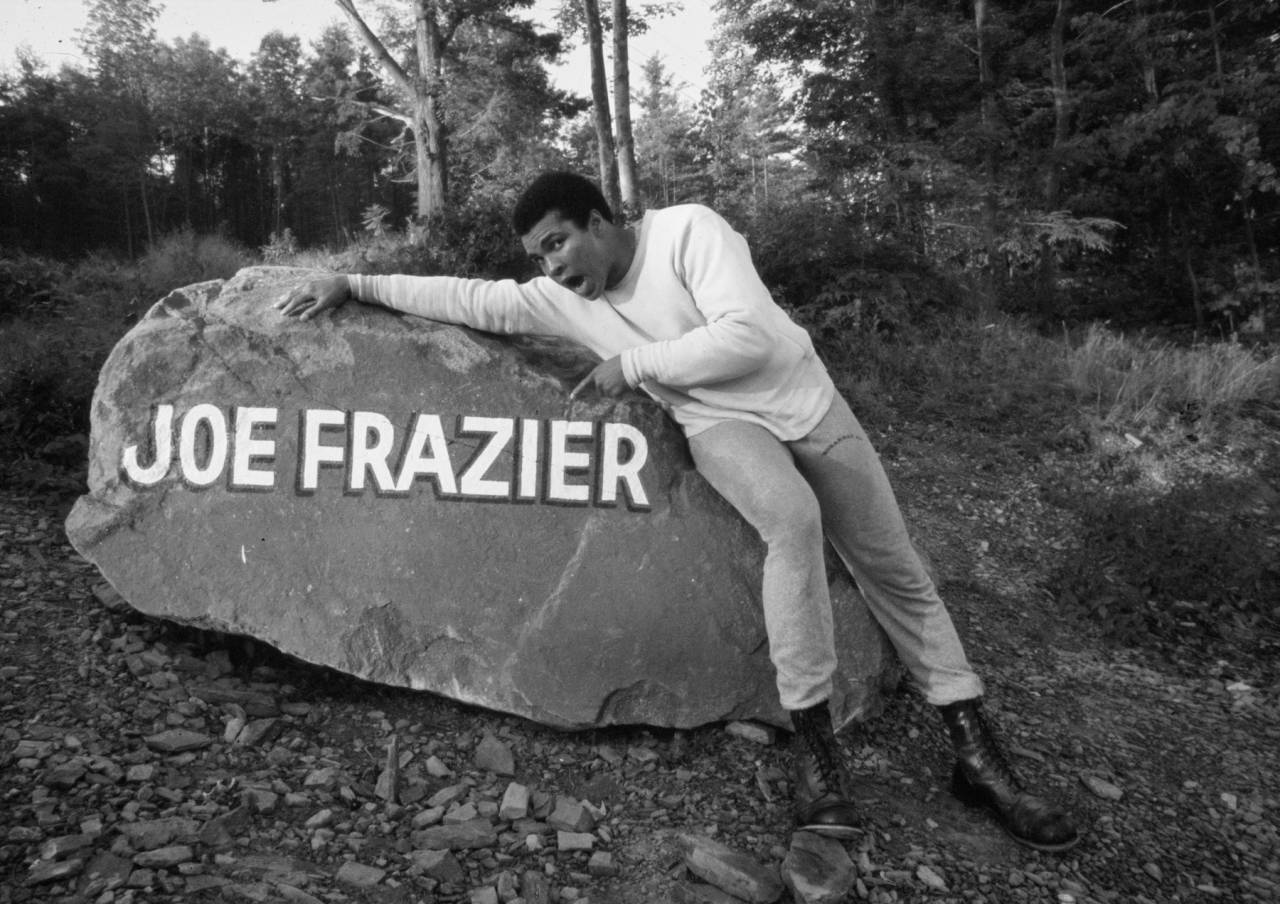 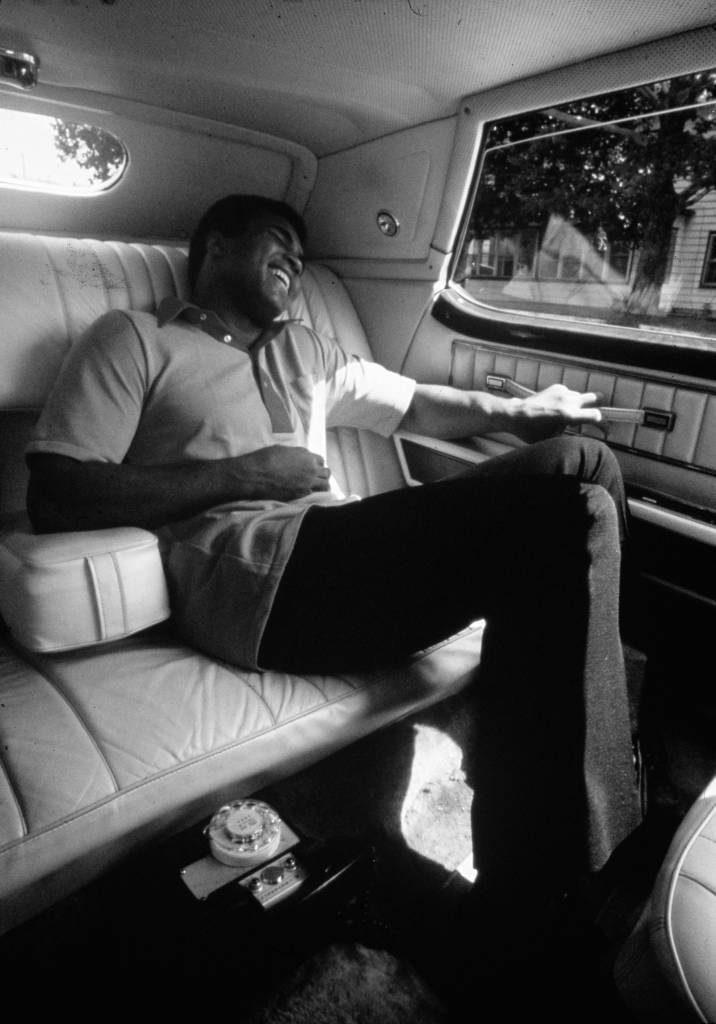 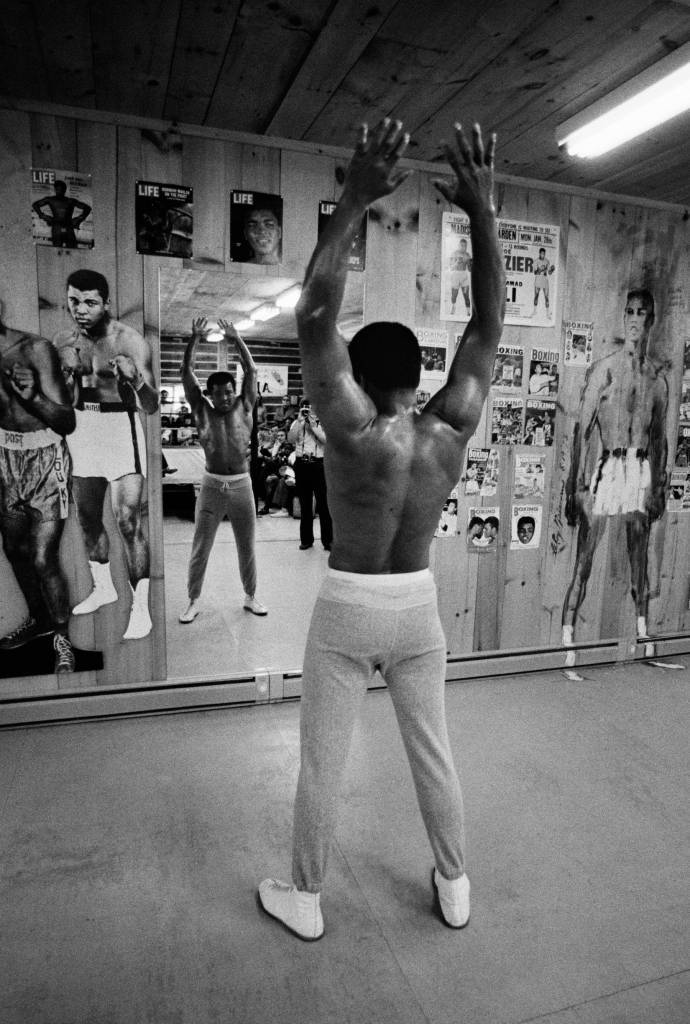 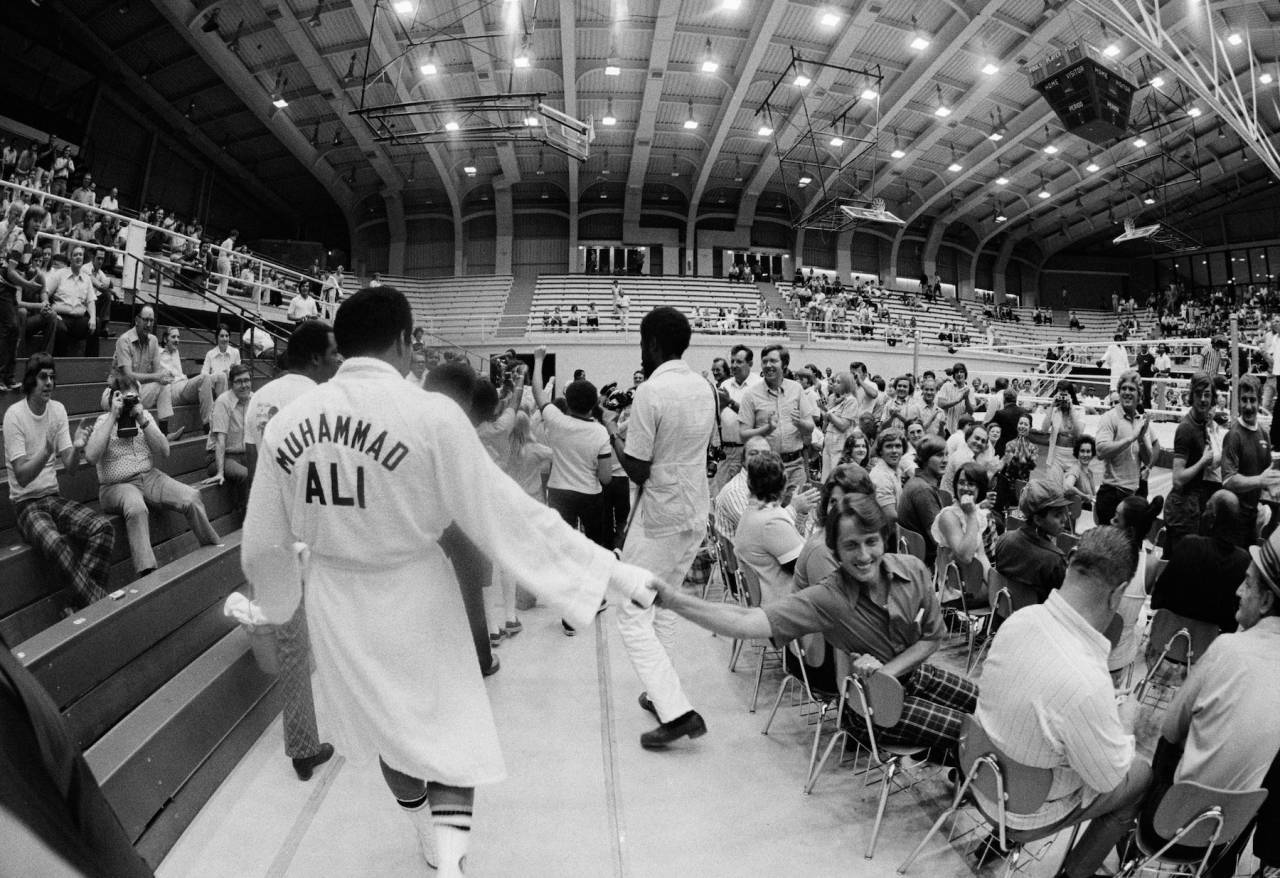 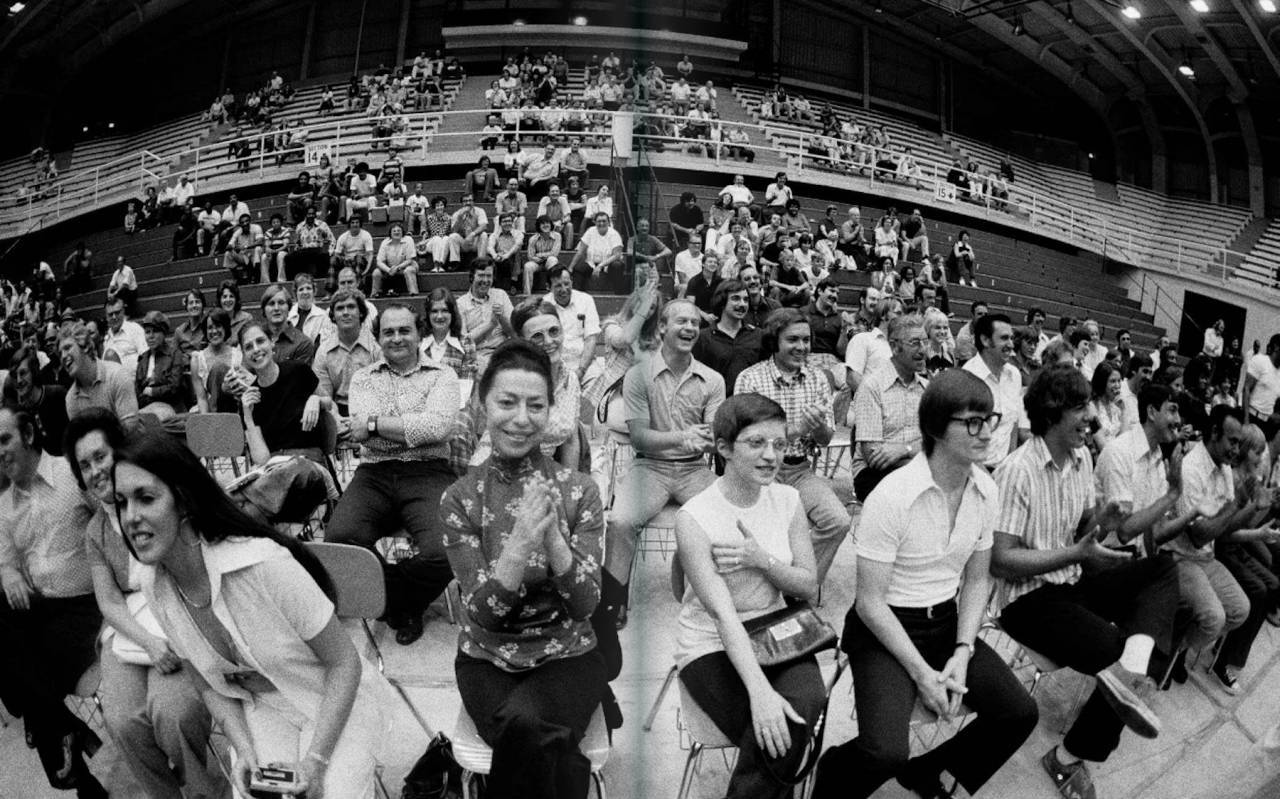 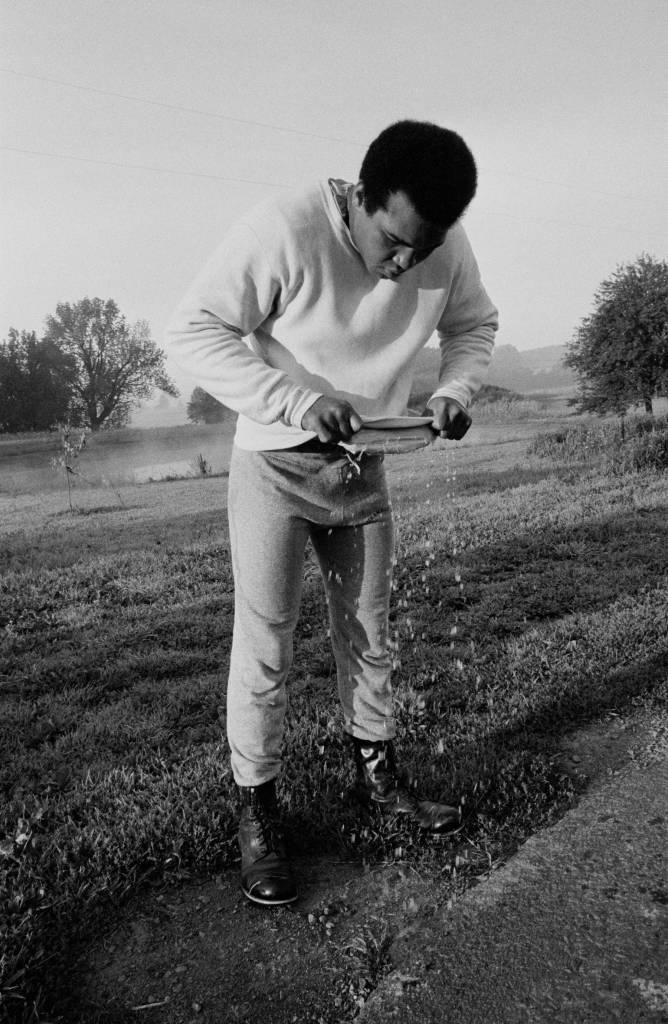 The rubber-lined jersey was used to ‘let out sweat’ 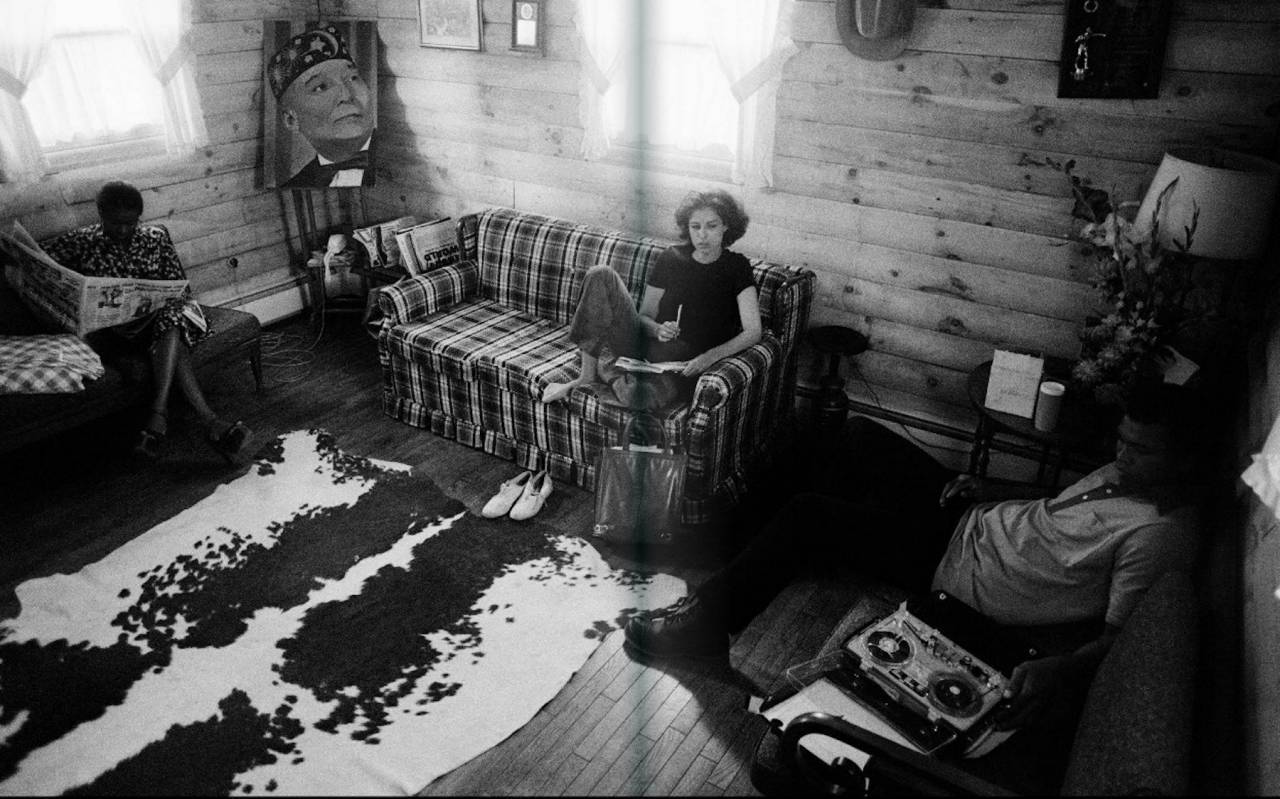 Ali with Jane Marla Robbins, a writer he asked to help him with a talk on friendship 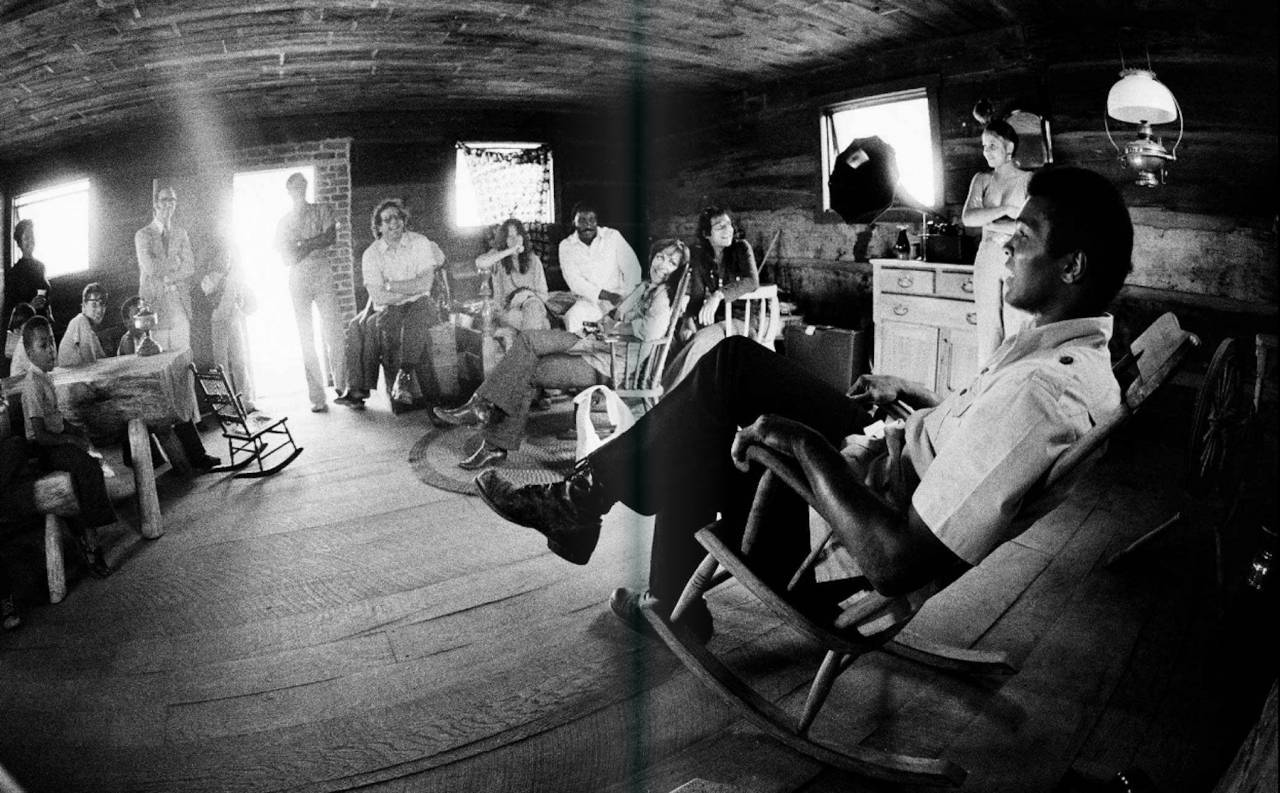 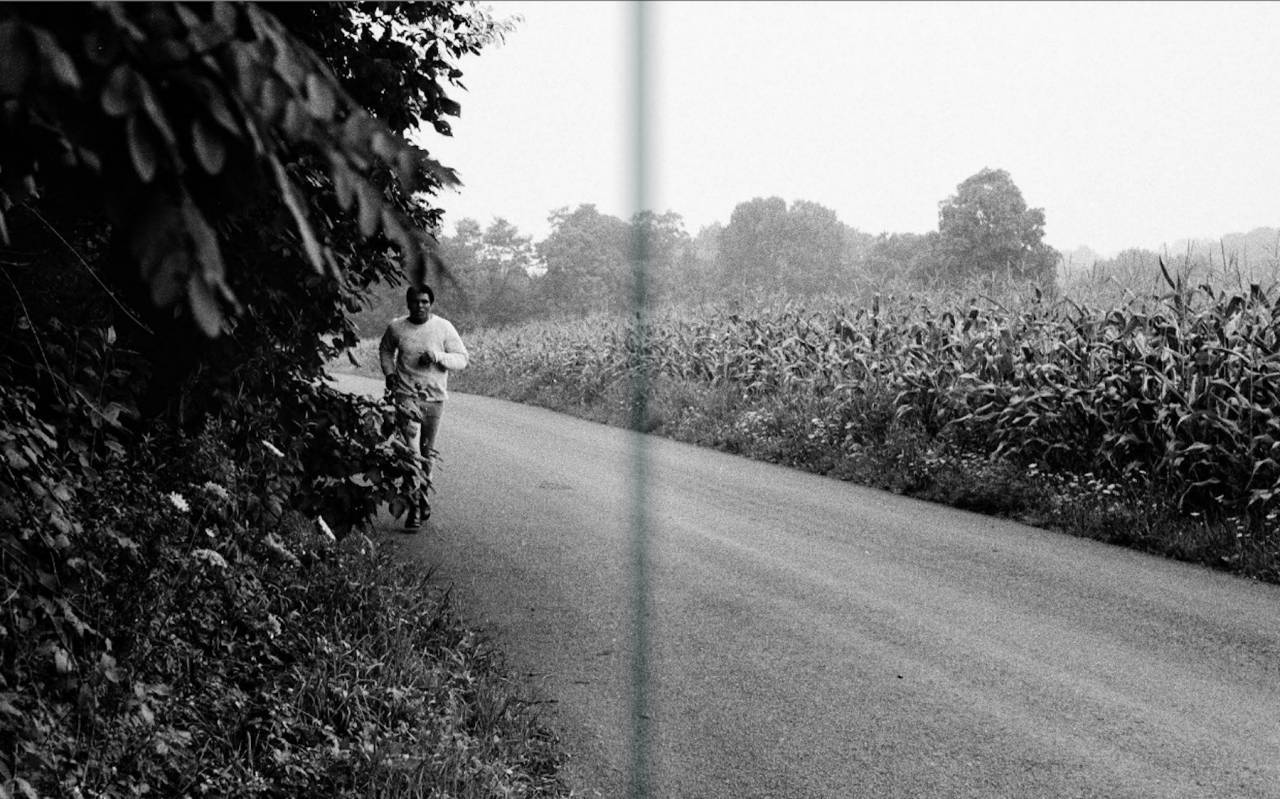 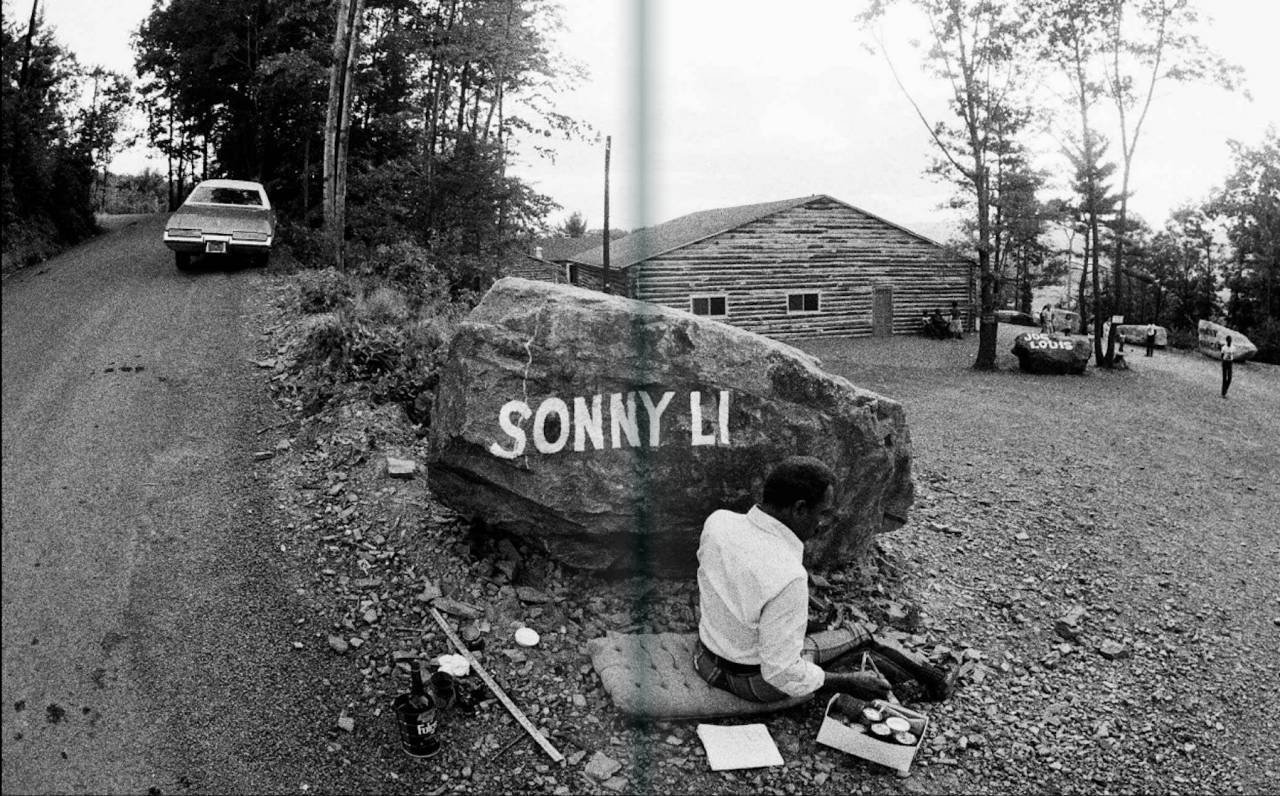 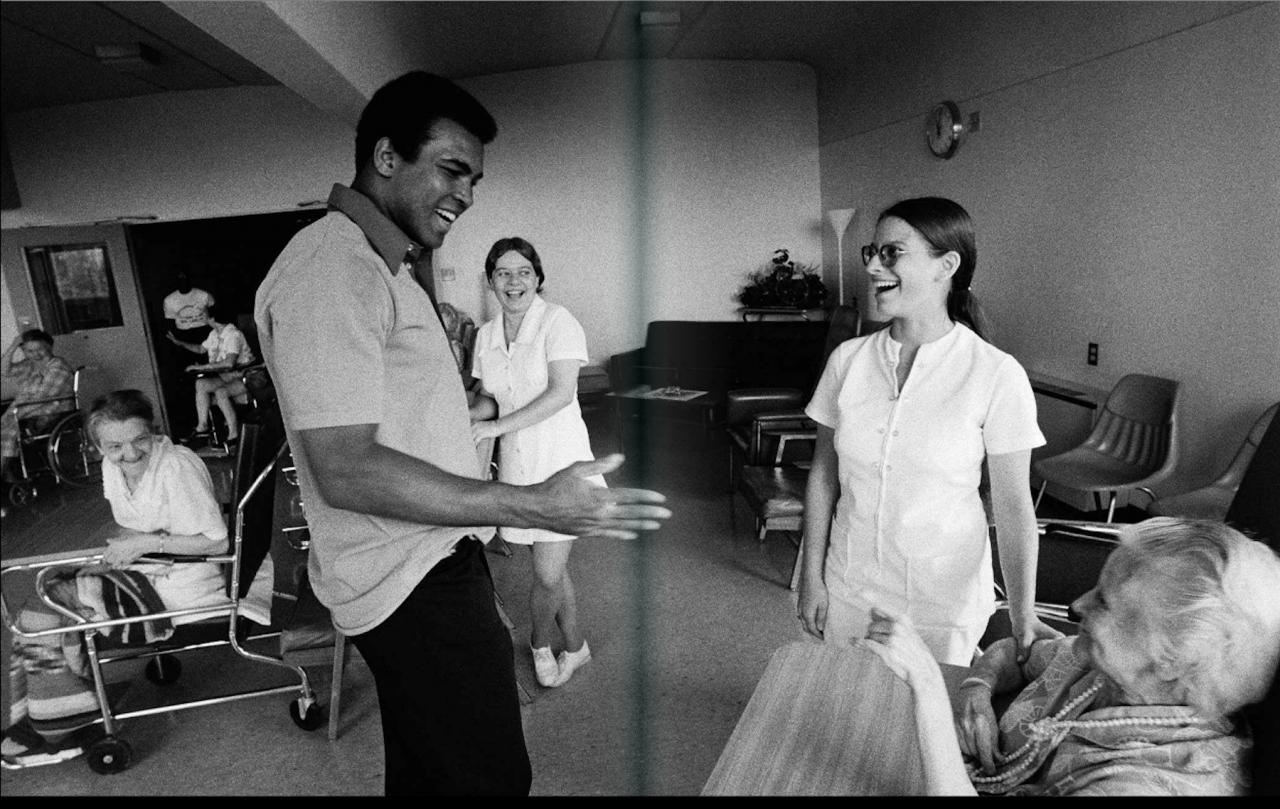 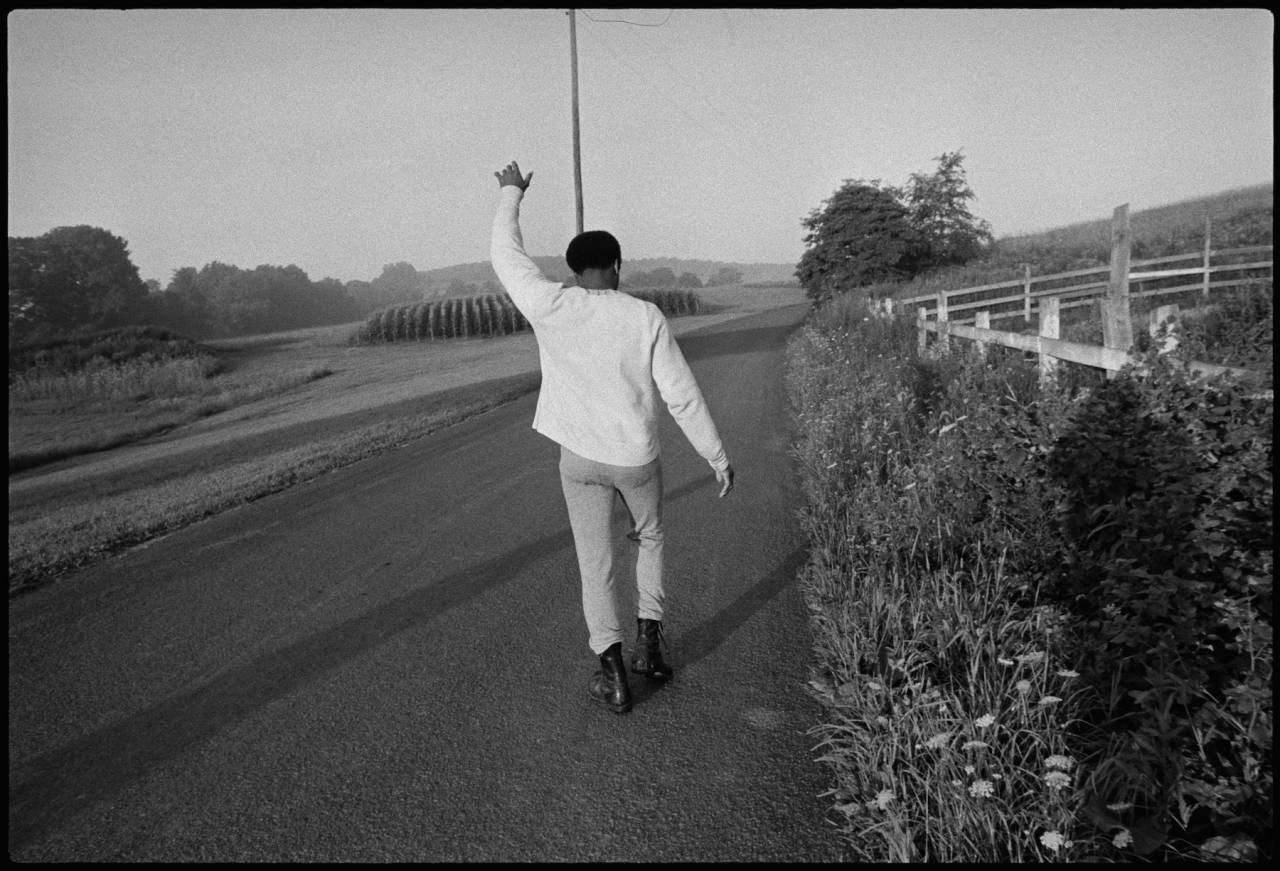 All images are copyright of Reel Art Press and Peter Angelo Simon.