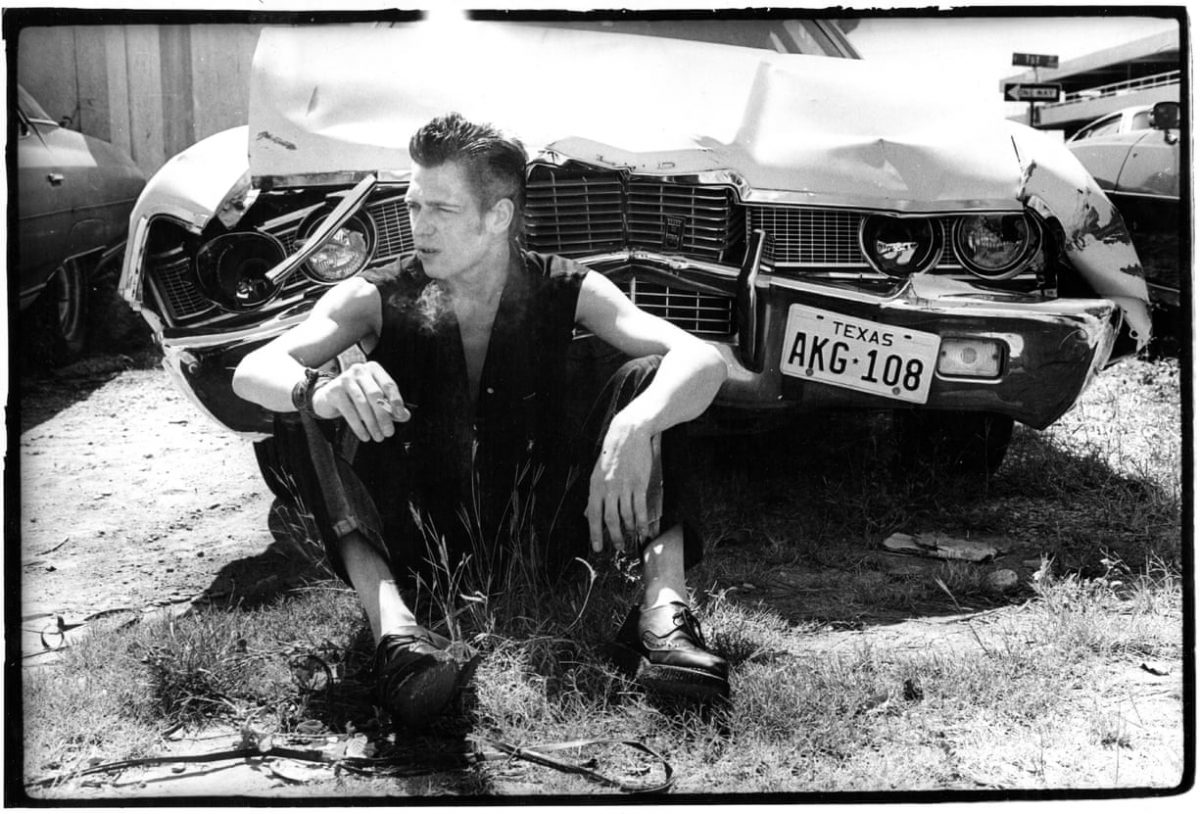 If you’ve taken what may be the most famous photograph in rock and roll history, you could maybe rest on your laurels for a while. But rock photographer Pennie Smith has never seen her London Calling cover photo of Paul S about to smash his bass at the Palladium in New York as the crowning achievement of her career. She’d be happy to never discuss it again, and at the time, she didn’t think much of it at all. When Joe Strummer chose the image for the cover of The Clash’s London Calling, she remembers objecting, “It’s completely out of focus, it won’t work!” Strummer insisted on using it. “So I thought, ‘OK, I’m not going to argue. It’s your bloody album, get on with it.” 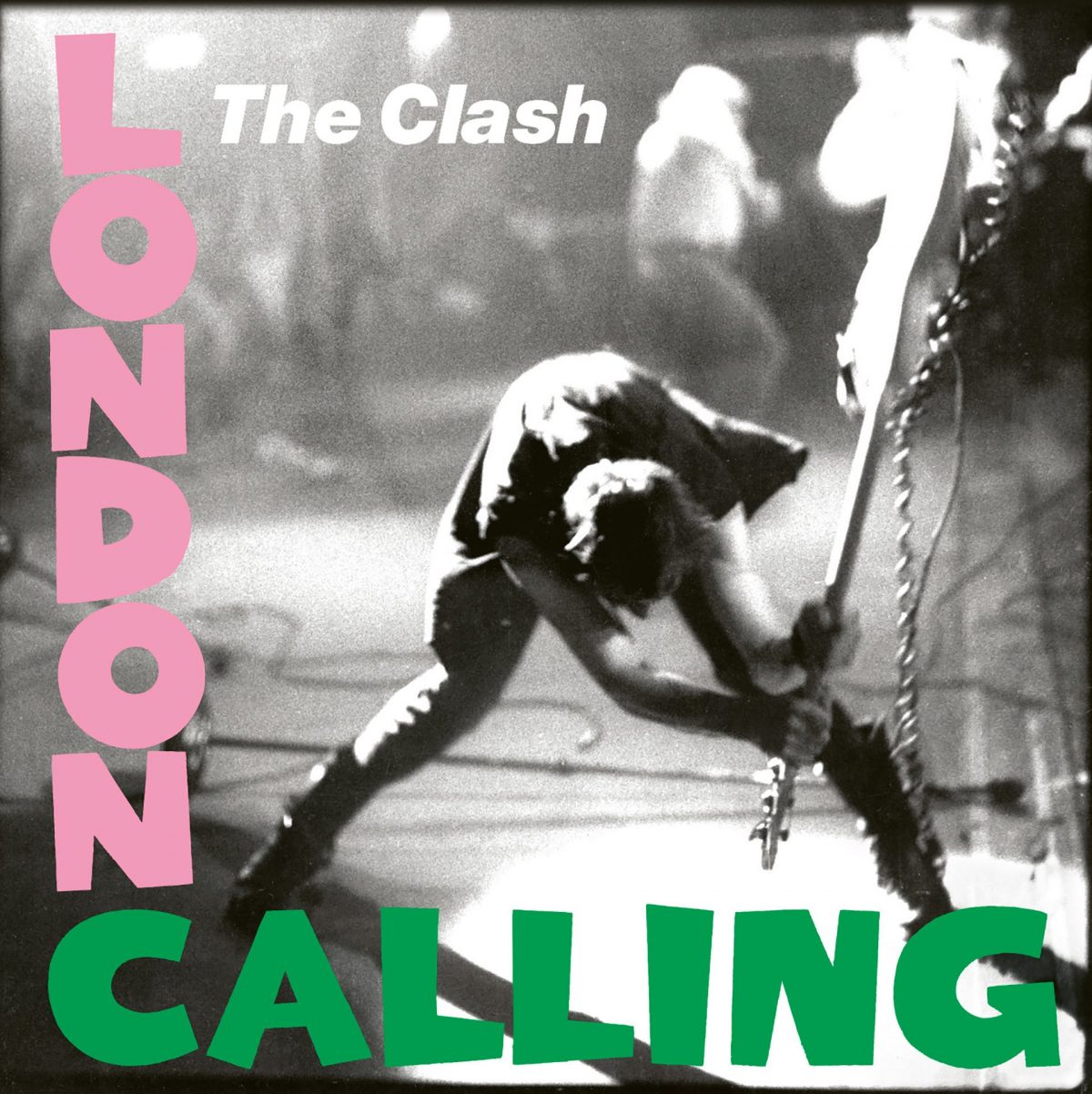 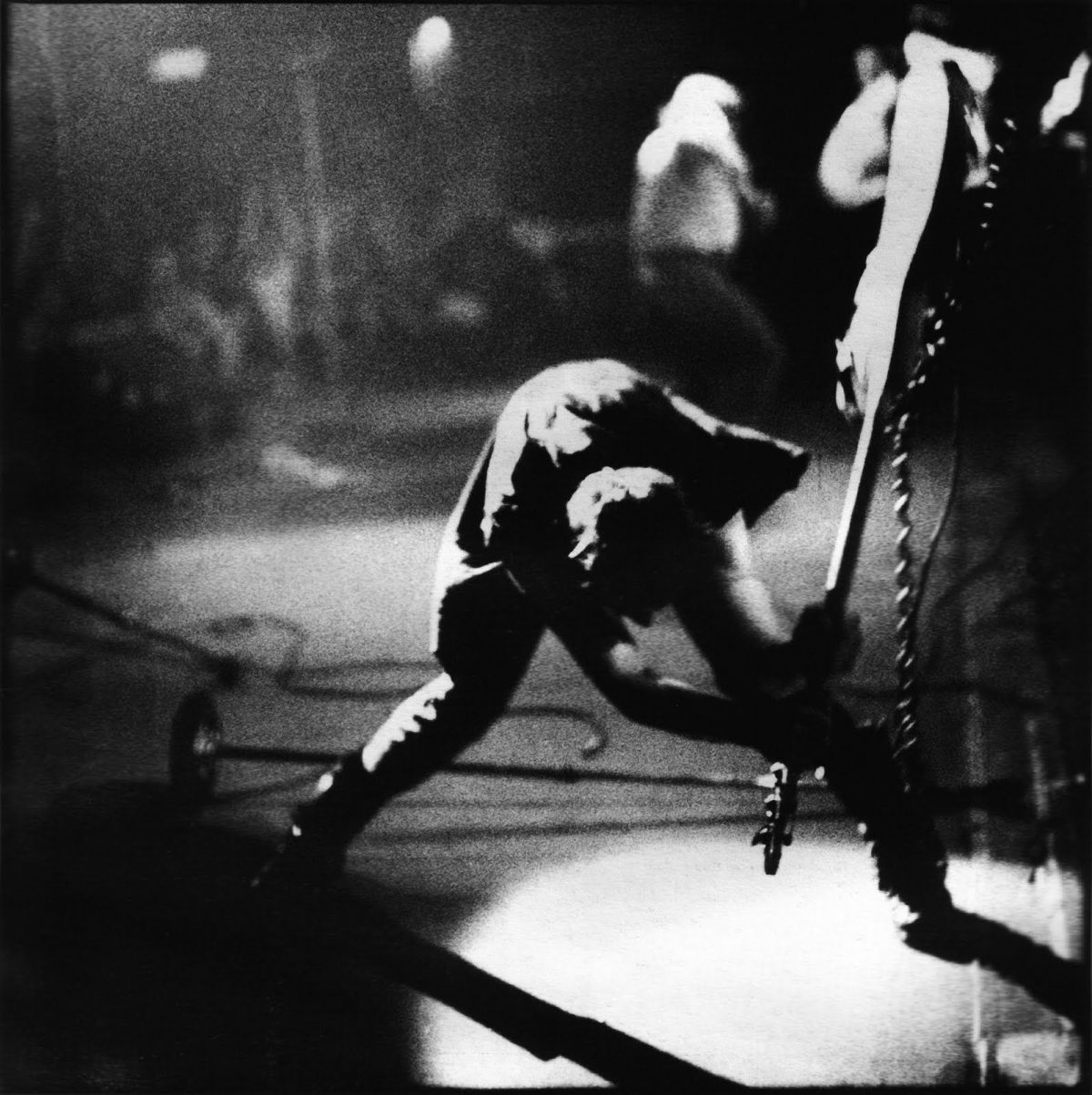 Like many such timeless images, the London Calling photo almost didn’t happen. Smith, who met the band in 1976 and agreed to travel with them on their first U.S. tour in 1979, usually stood on the other side of the stage near guitarist Mick Jones. She switched things up after two weeks of touring and “remembers Simonon suddenly spinning toward her,” writes Rob Walker at The Guardian. “’He was in a really bad mood,’” she says, ‘and that wasn’t like him.’ She took a step back to get a better focus with her 35mm Pentax—and then all hell broke loose. Simonon, seething, raised his Fender Precision like an axe, turned his back to singer Joe Strummer, and brought it crashing down. ‘It wasn’t a choice to take the shot,’ Smith says, ‘My finger just went off.’” (Smith points to some of the moodier, more contemplative, offstage images here from the tour as her favorites.) 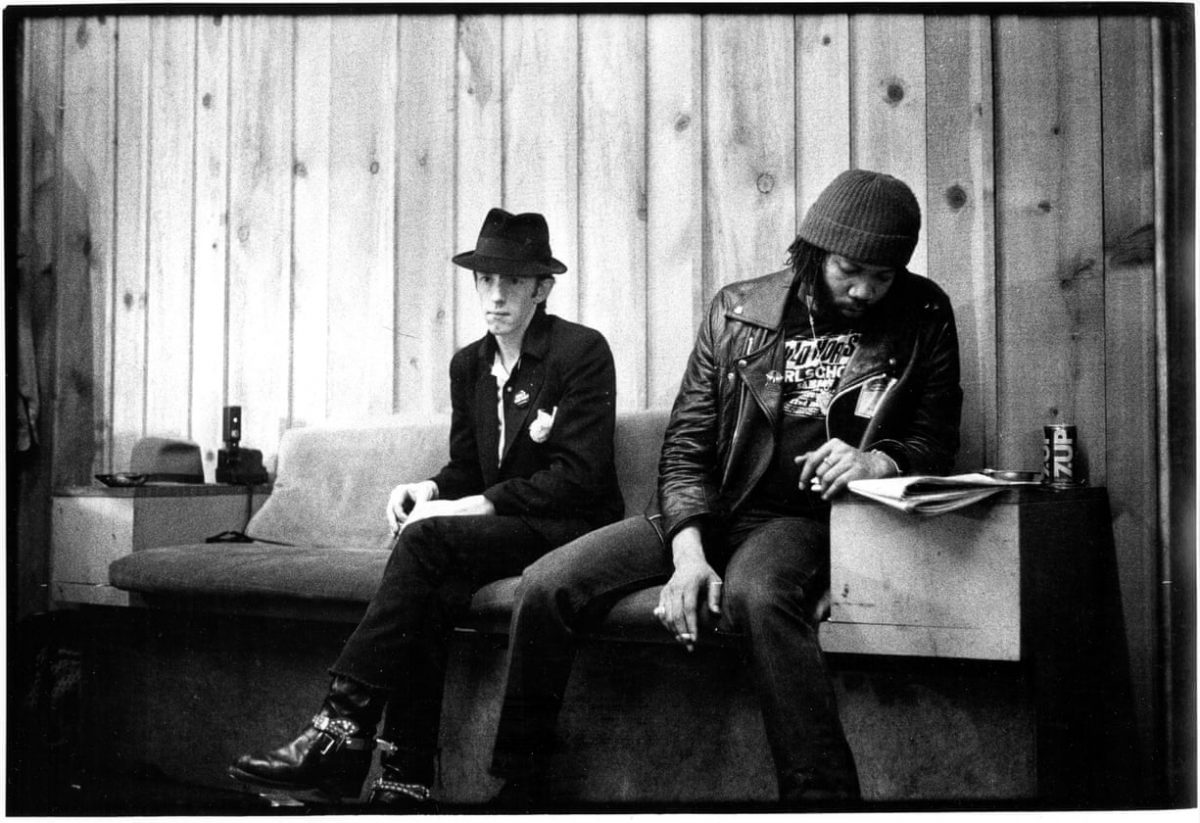 These are the chance occurrences Smith lives for. And it’s why she loved working with The Clash. They were unscripted, she says, unlike other bands who posed and preened for the camera, and as a result looked stiff and phony in pictures. “What she liked to capture—ironically, when you think of her most famous shot—were ‘the quiet moments away from the stage.’” She documented stars from Bowie to Blondie to the Rolling Stones and Stone Roses in candid moments as a staff photographer for NME.

Smith turned down an offer to work with the Jam full time. “They stood like Englishmen, shoulder to shoulder in every photo…. I just need some emotion.” Her first job was shooting Alice Cooper, whom she caught drinking a cup of tea. “I didn’t know that bands did formal lineups like football teams,” she says. NME loved the shot, and Smith’s ability to capture raw spontaneity appealed to The Clash, who were, she says, very “tactile” by contrast with most of the acts she shot. She has never cared much for exhibiting her photos: “There’s too much ego involved.” To invoke a cliché, it really is “about the work” for her—not product but process, as she says in the interview clip above. 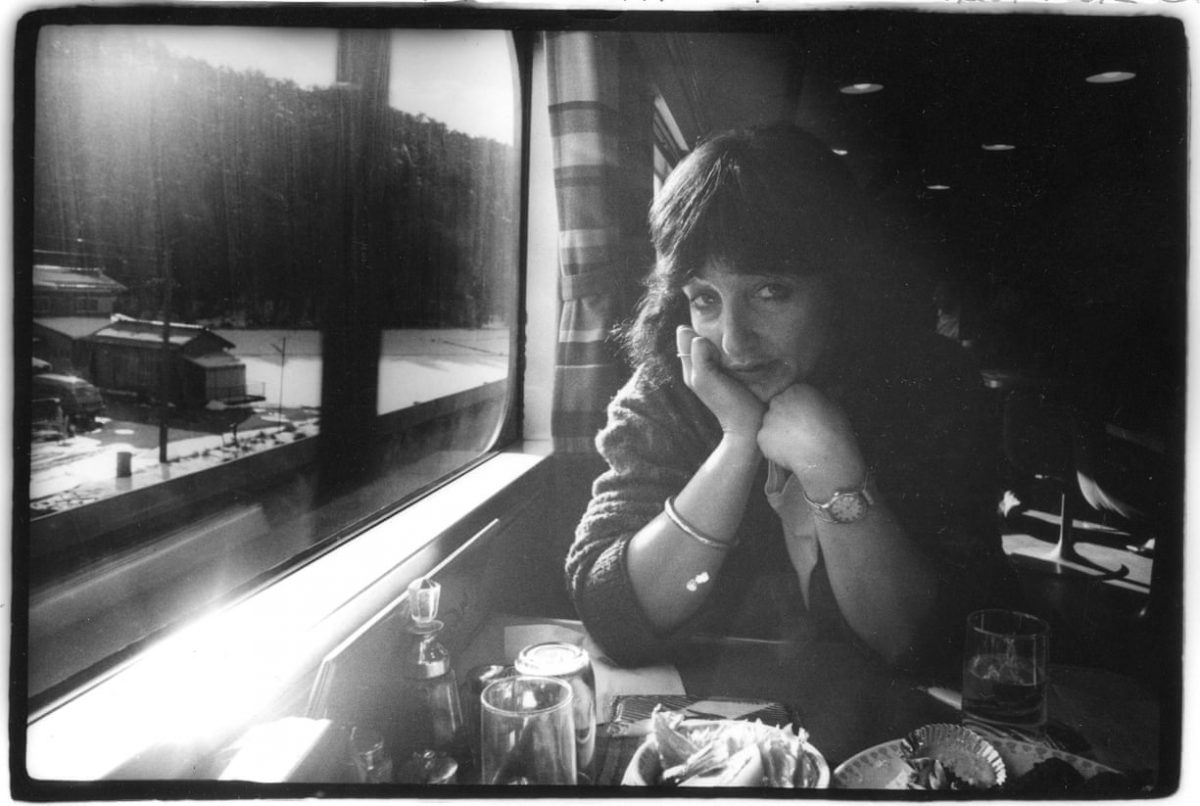 Smith (in a shot from the tour, above) has also never been a fan, never starstruck or eager to tell tales, which is maybe why bands love working with her. “She was never particularly into rock music,” Walker notes, “still isn’t.” She published her Clash photos in a 1980 book, The Clash Before and After, and overcame her aversion to exhibitions for last year’s Museum of London show for London Calling’s 40th anniversary. About her historic photos of the band—which include not only the iconic cover of the seminal London Calling, but also, the following year, the cover shot for Sandinista!—she says, modestly, “I don’t think I created their image—I just added atmosphere and perhaps the setting to the image they already had.” 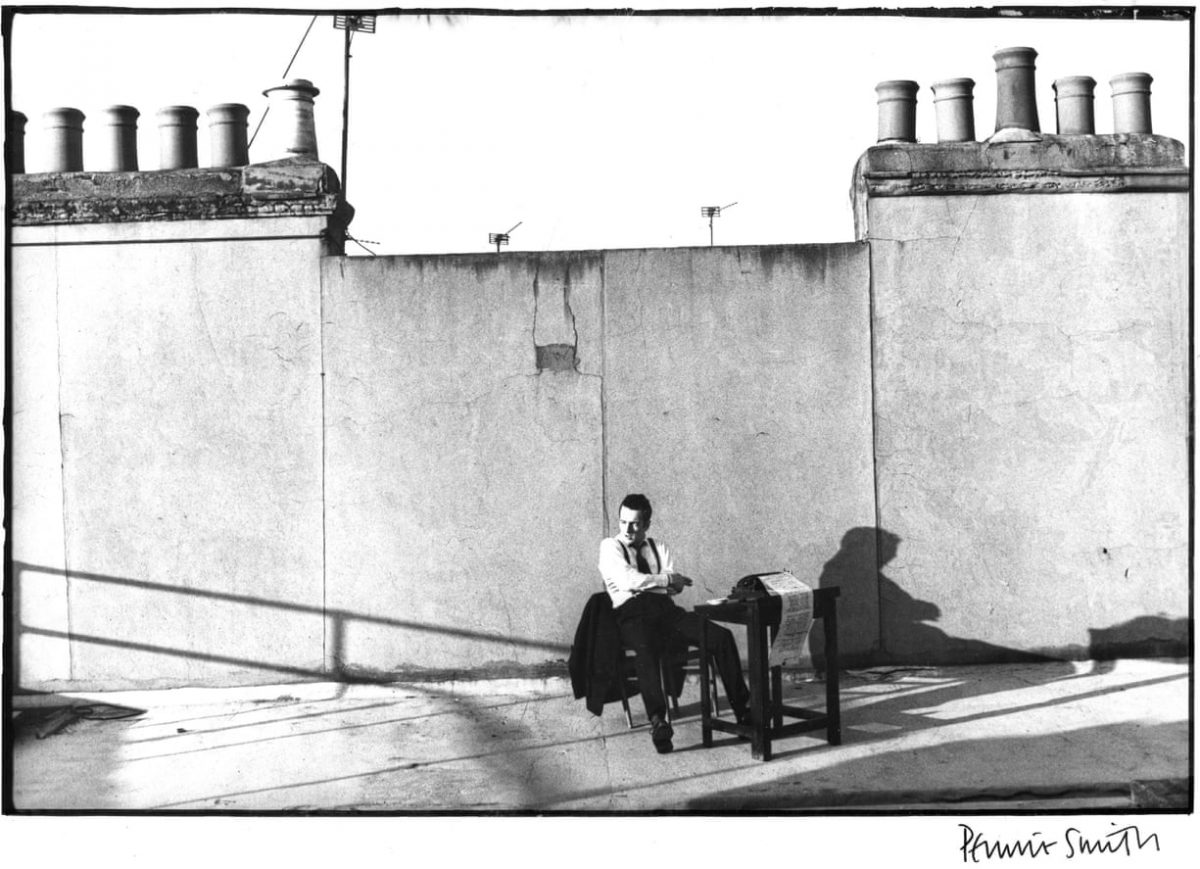 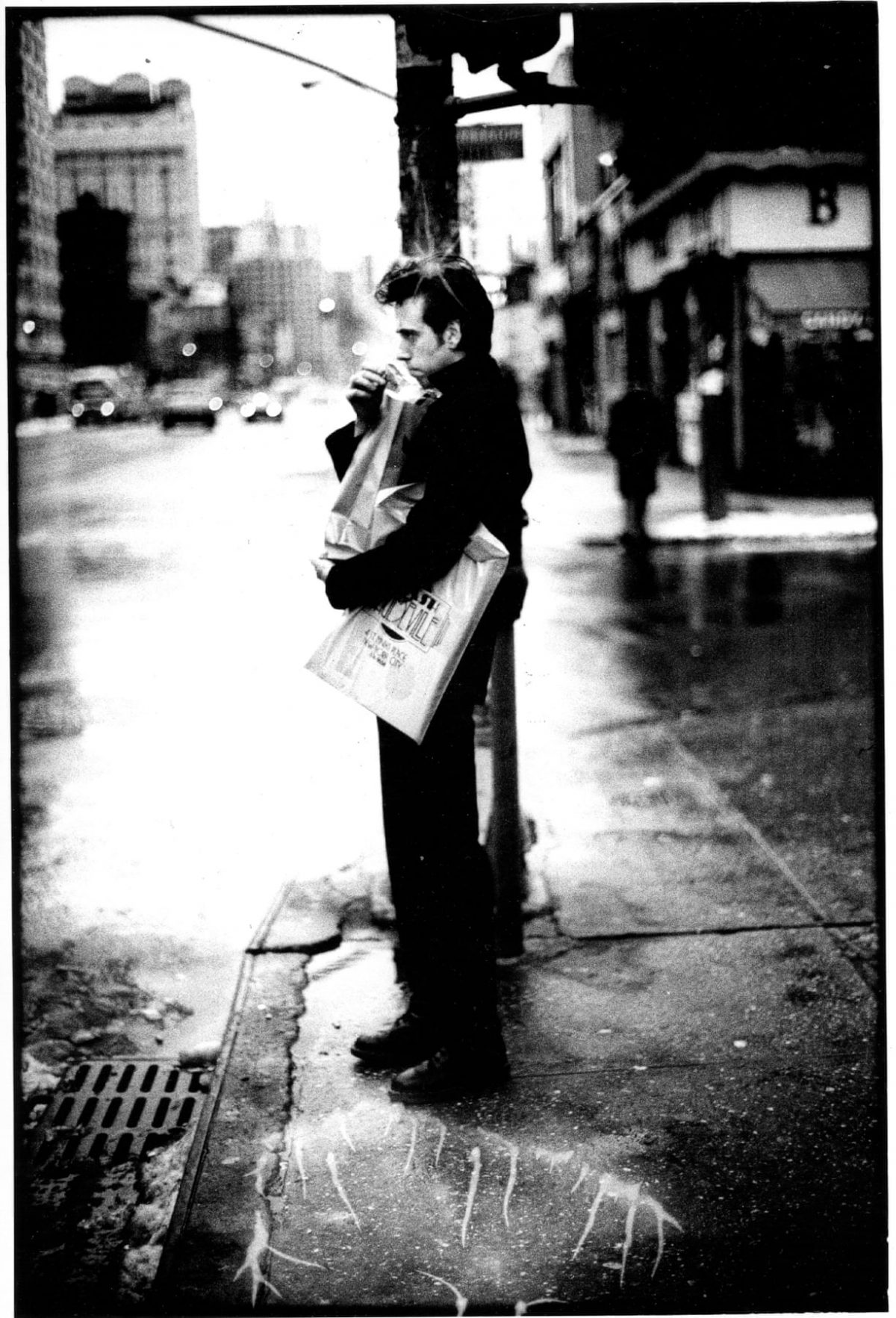 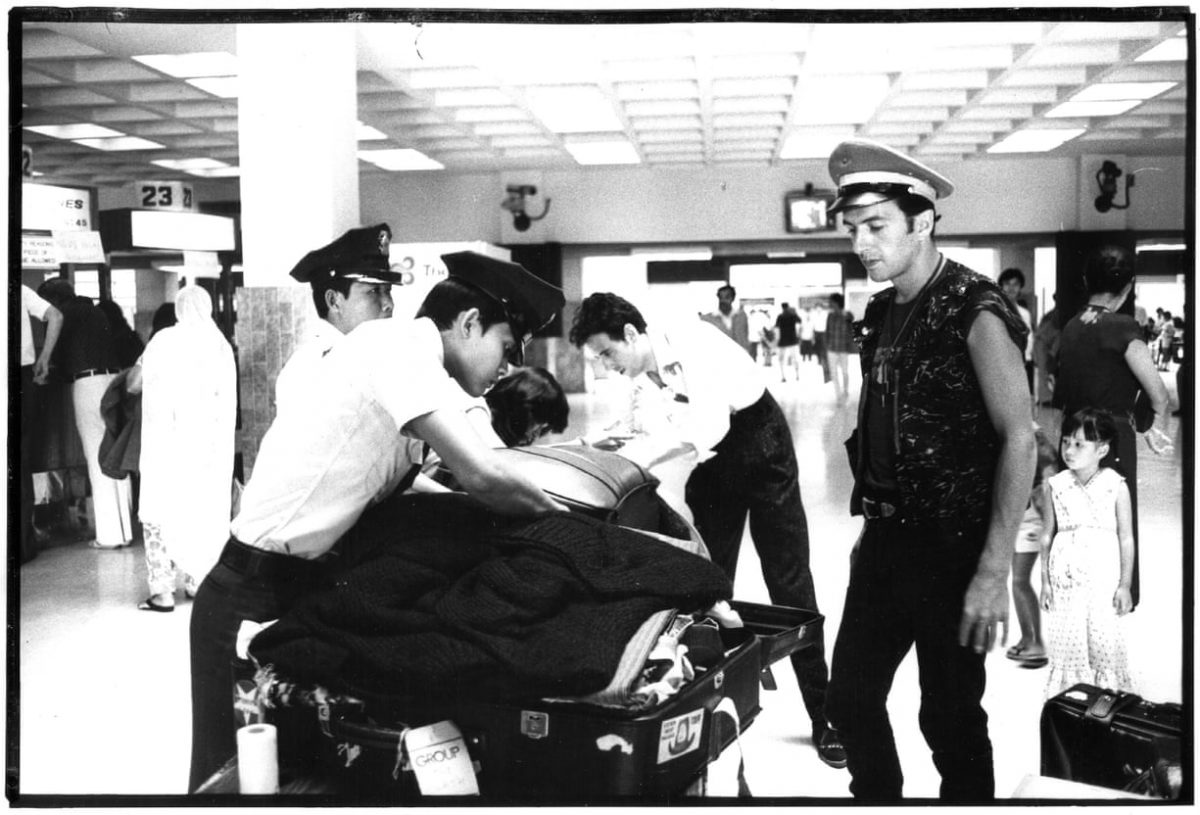 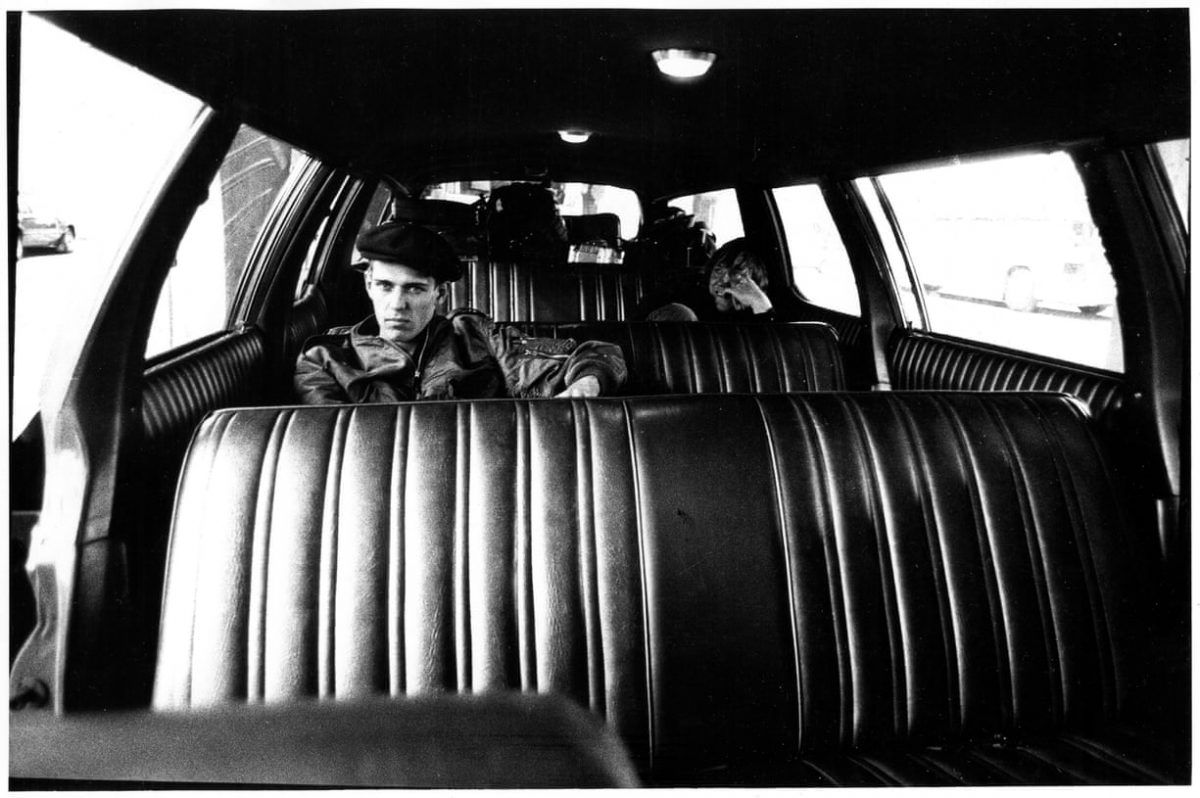