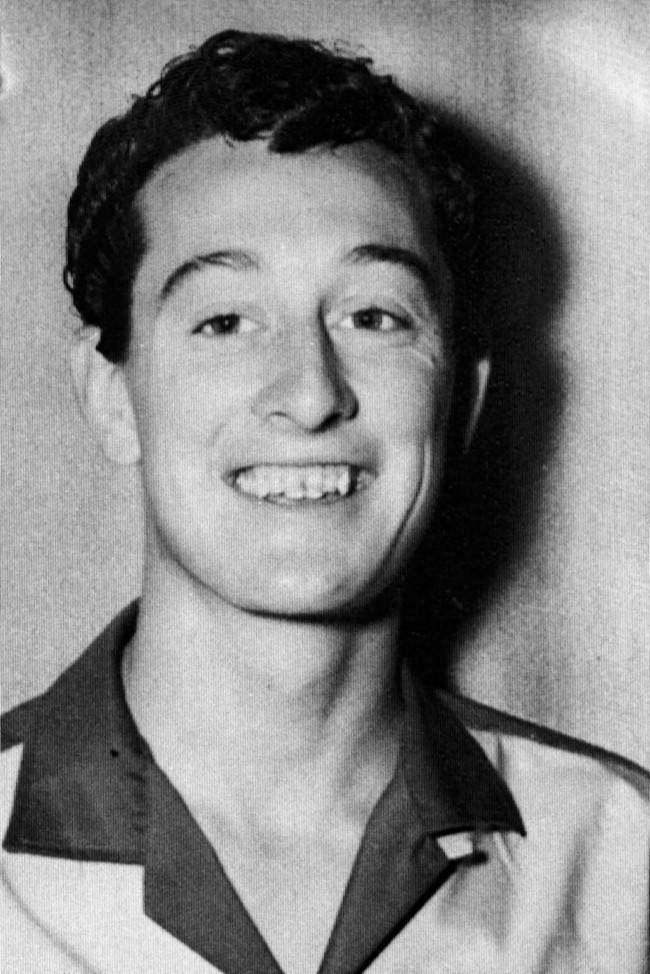 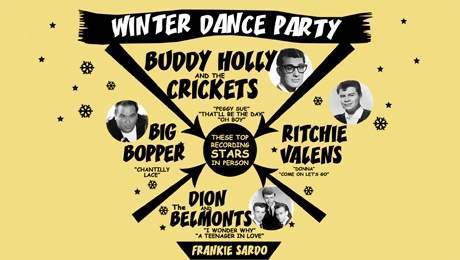 The triumvirate’s last show has been at the Surf Ballroom in Clear Lake, Iowa, where their memory lives on: 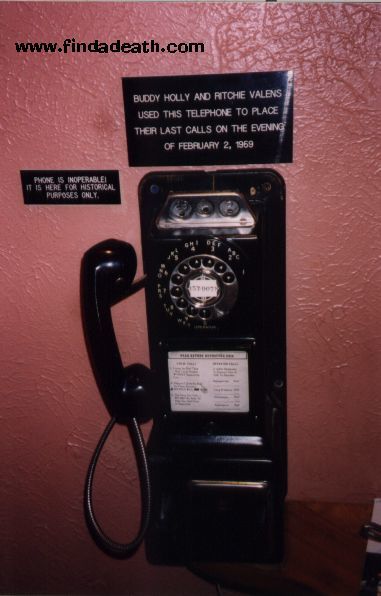 Holly had only recent gone solo, breaking up with the Crickets. 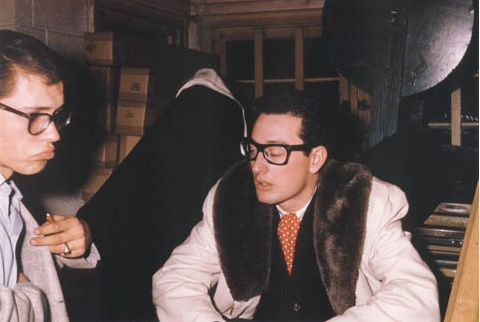 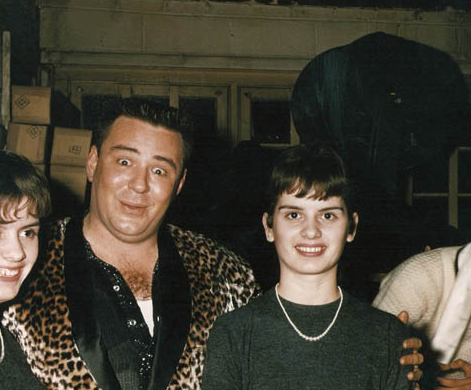 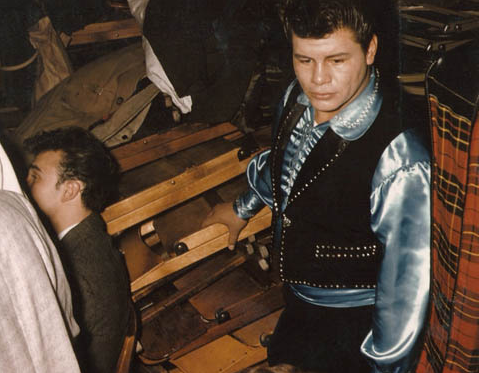 They had been a sensation. Buddy Holly and the Crickets made an appearance on the Arthur Murray Dance Party on December 29, 1957. It was unusual to see a band like the Crickets performing on the show.

Holly only hired the plane because of heating problems developed on his tour bus. They were headed to Moorhead, Minnesota, the next venue in their Winter Dance Party Tour.

This colour clip was shot silent in 1955 in Oklahoma City while Holly and Elvis Presley were working the two bottom slots on a country package tour headlined by Hank Snow — and apparently represents not only the earliest film footage of Holly but that of Elvis as well (he’s dressed in a neon-bright green shirt and he’s already a physically commanding figure).

About 35 seconds into his video, you can see Valens rocking the coffee shop:

It was as Don McLean told us in his 1972 song American Pie, the day the music died. 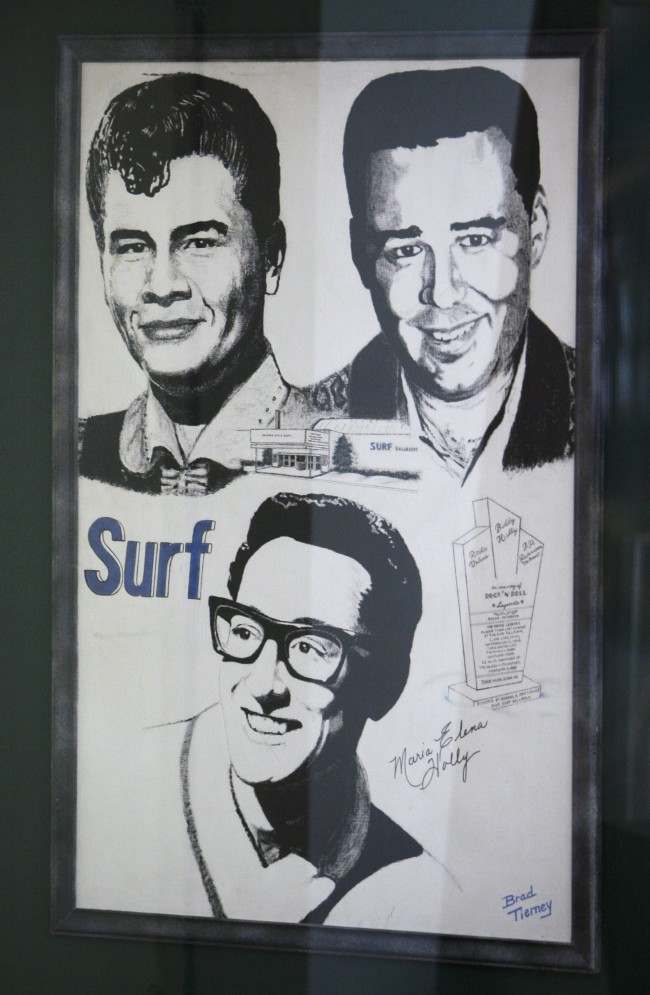 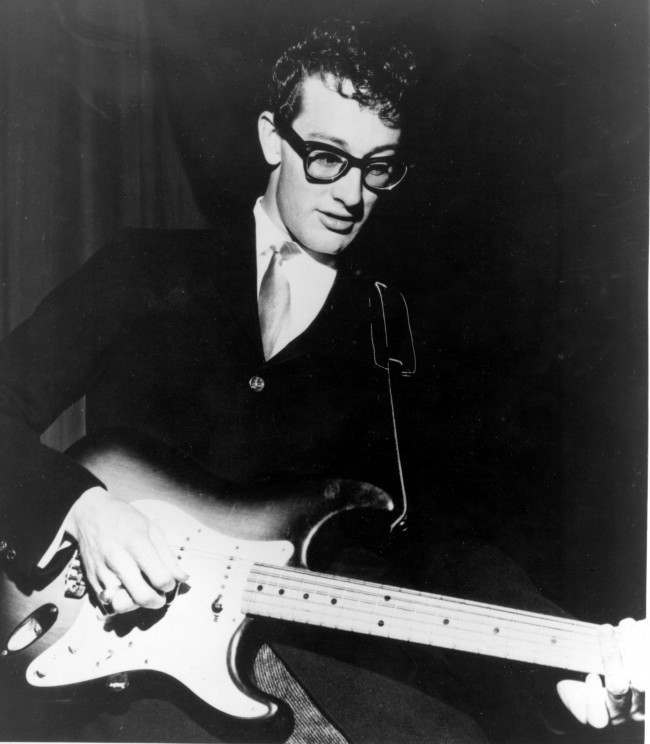 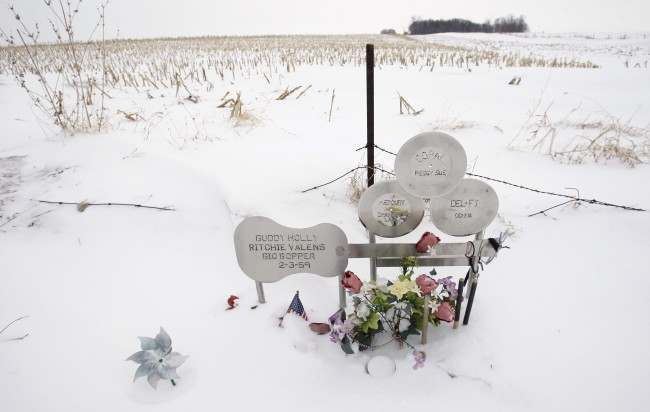 Flowers adorn a memorial, Friday, Jan. 9, 2009, at the spot where the plane carrying Buddy Holly, Ritchie Valens and J.P. “The Big Bopper” Richardson crashed killing all aboard, Feb. 3, 1959, near Clear Lake, Iowa. 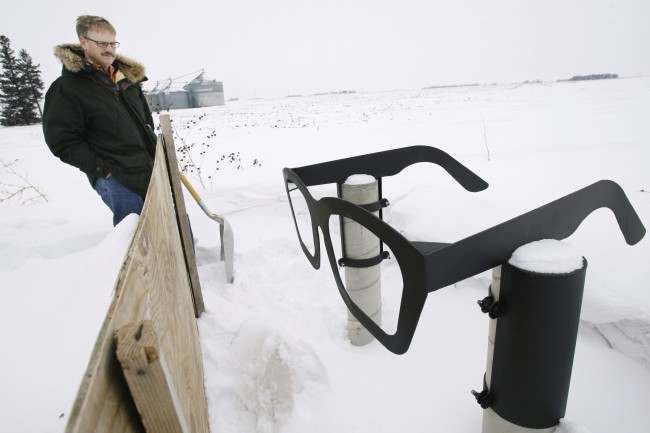 The Big Bopper was ahed of his time: 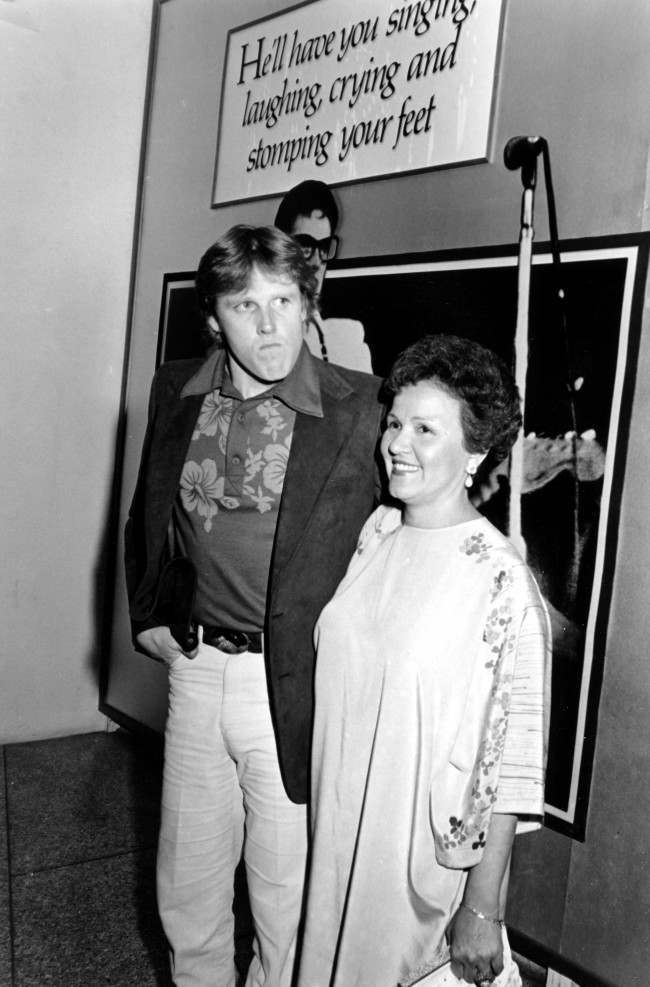 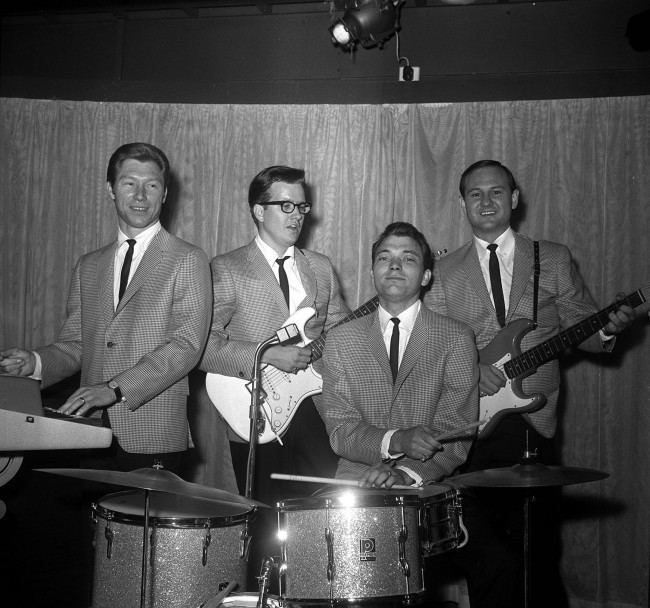 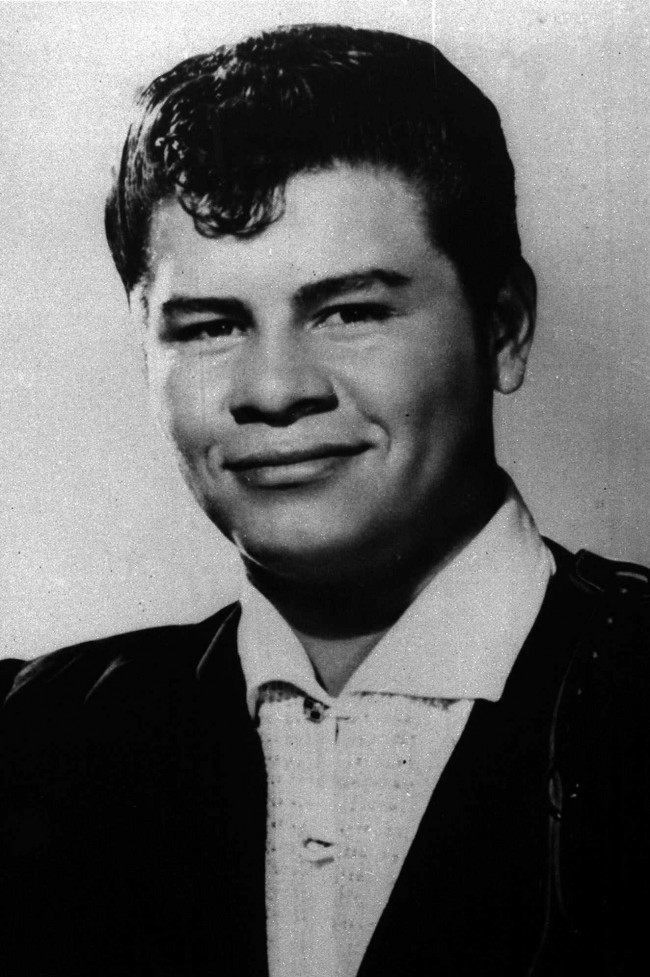 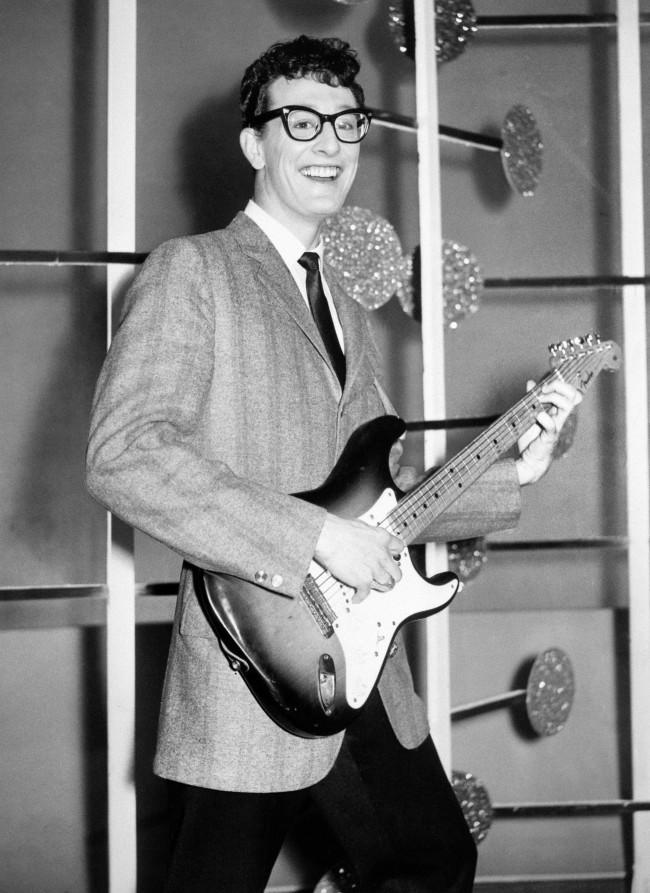 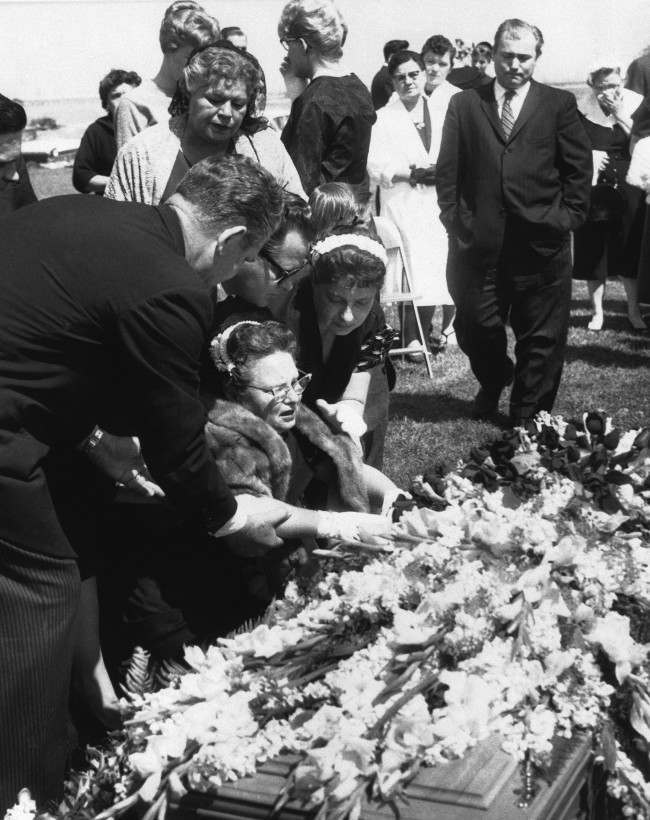 Grief – stricken Mrs. Alice Cochran is comforted by relatives as she weeps over the casket of her son, Rock and Roll singer Eddie Cochran, at his funeral at Forest Lawn Memorial Park in Los Angeles on April 25, 1960. Cochran was killed in an auto crash in England on April 17. Standing behind the group at the casket is Mrs. Concepcion Valens, whose son, singer Richie Valens, died in a crash last year. (AP Photo)