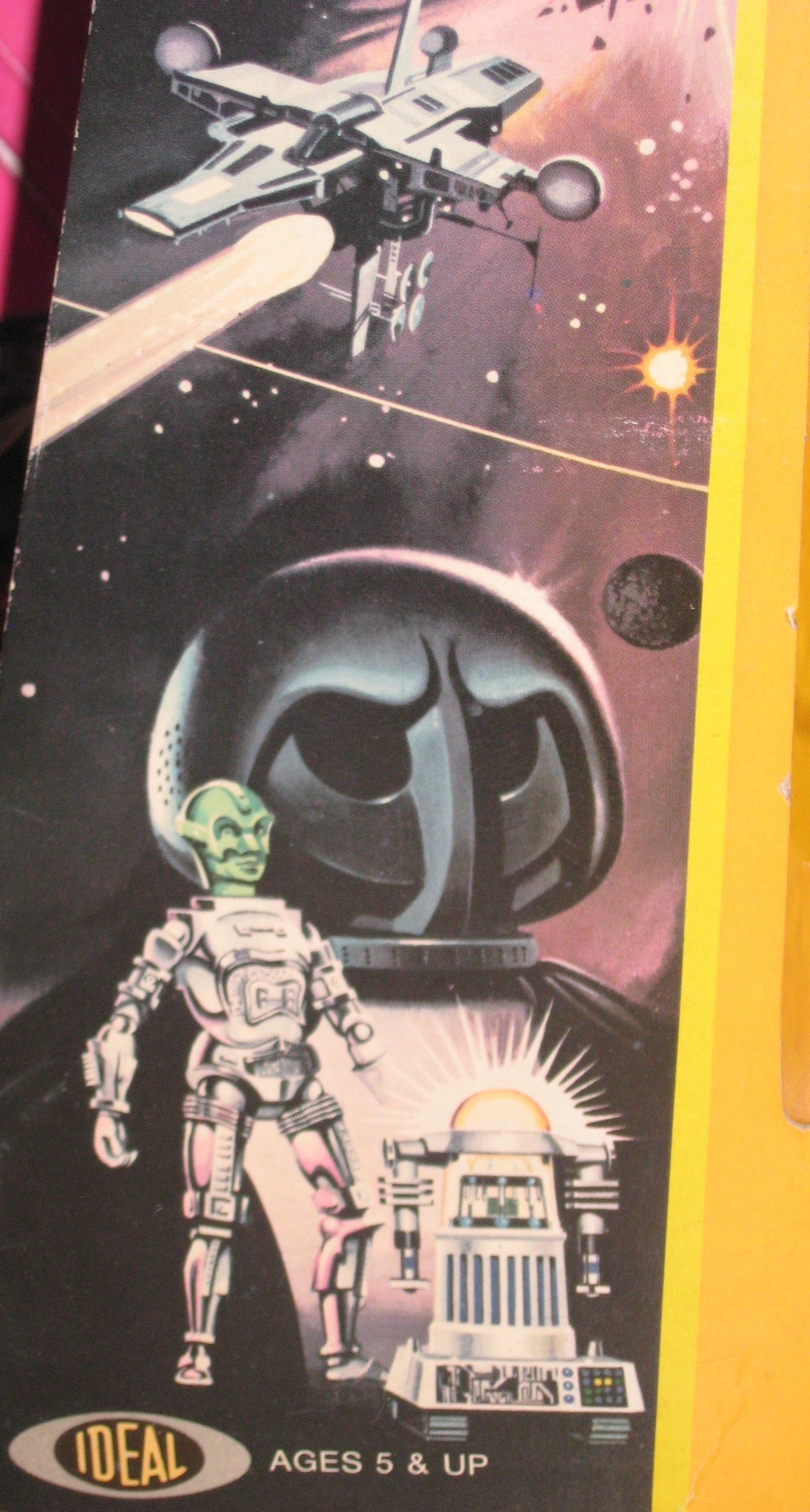 Star Wars action figures. Lots and lots of them.

Kenner was releasing its first line of the small action figures, and if memory serves, my best friend already had the Early Bird box (a sampling of the first releases, which included Luke, Leia, R2D2 and Chewbacca.)

Then the figures came out in general release, and I wanted to collect them all, and fast. My parents asked my grandparents to buy me Star Wars toys for my upcoming birthday, and I was certain all was right with the world. The Force was with me.

But then there was a disturbance in the Force: My grandparents gave me my birthday present in a huge box. It was much too big to be Kenner action figures.

I opened the package with great anticipation and trepidation only to find inside not a Star Wars toy, but a knock-off one instead: Ideal’s S.T.A.R. Team Zeroid (a domed rip-off of R2D2) and the Star Hawk, the “spaceship of the ZEROID” according to the box. 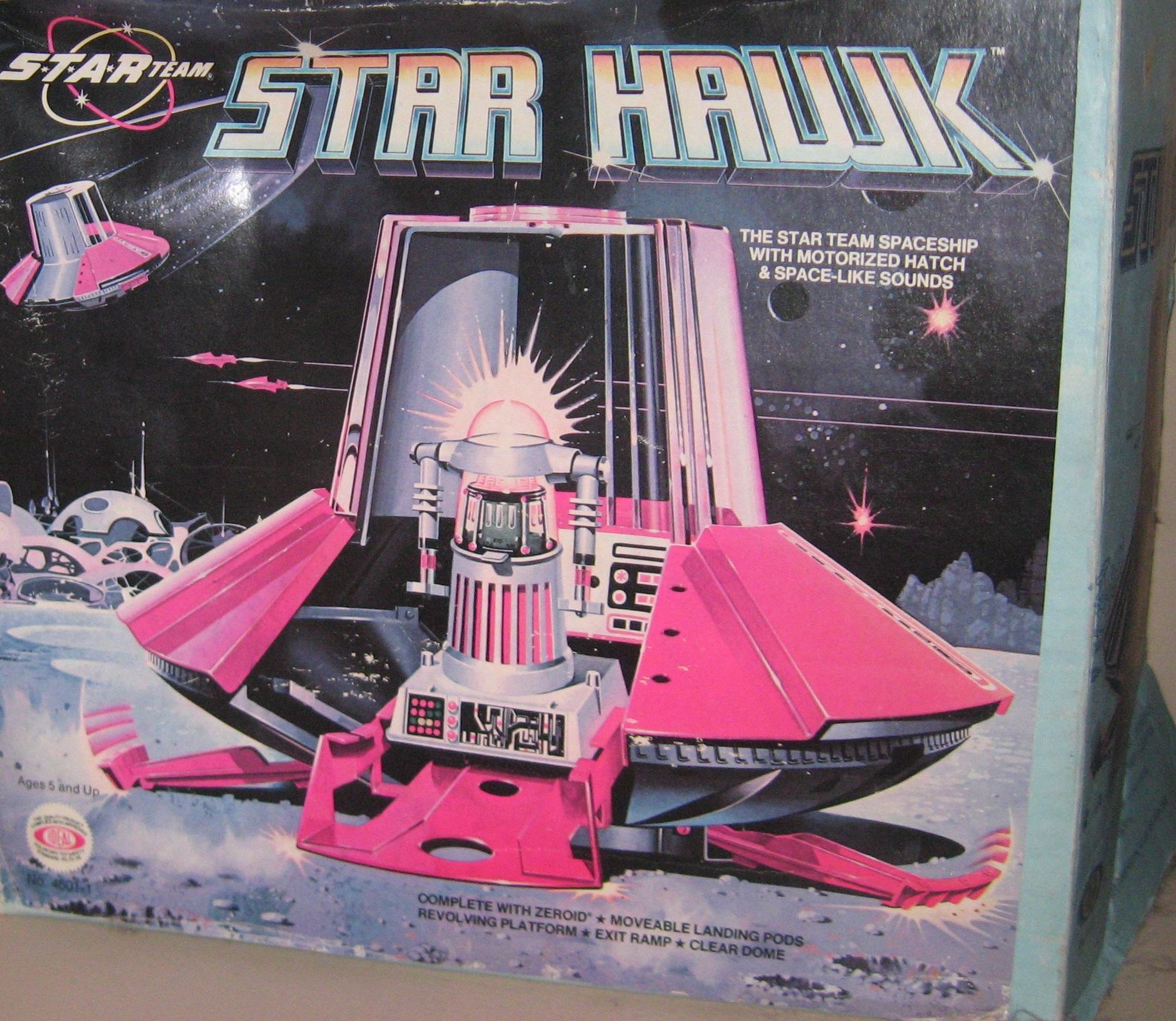 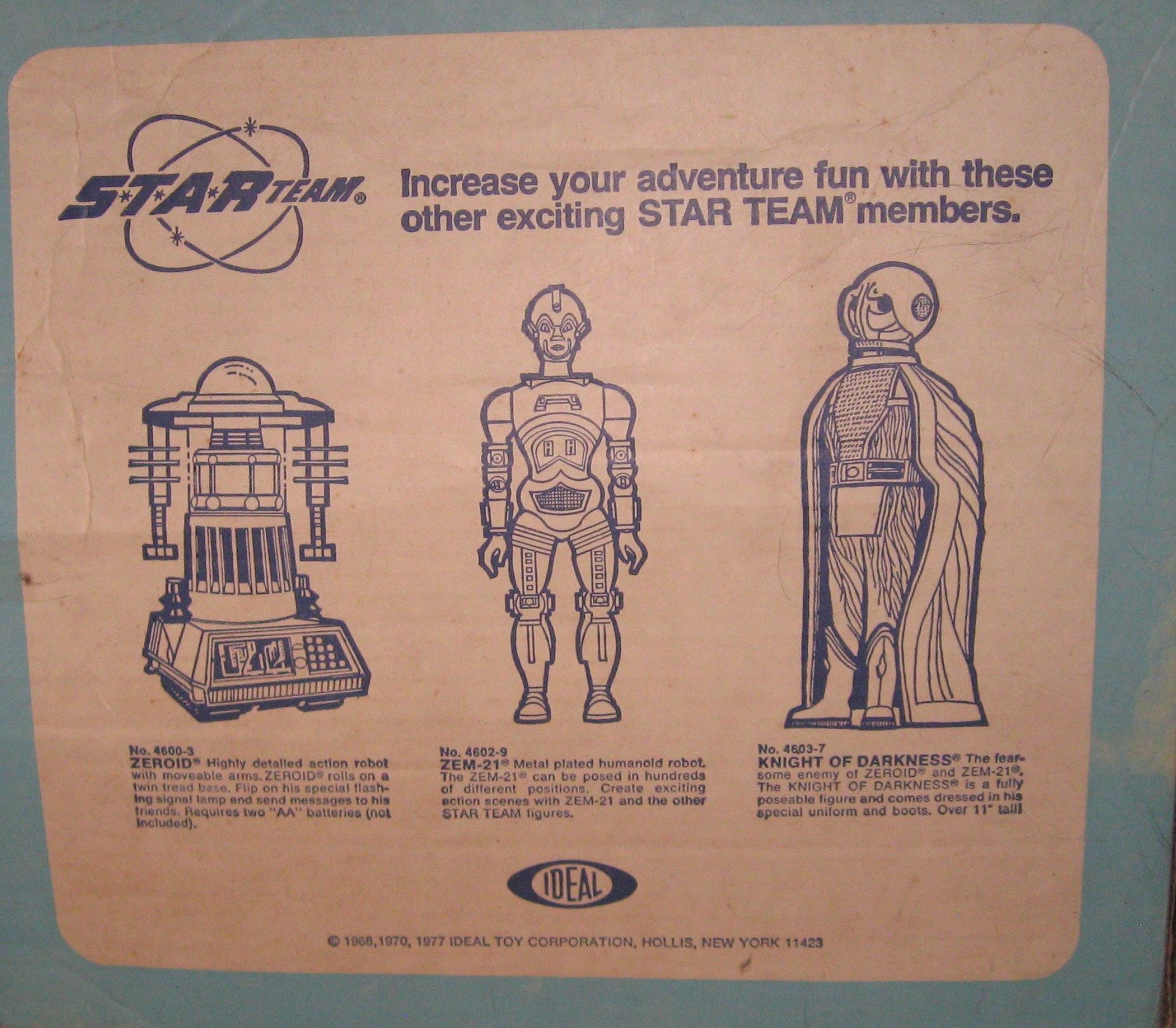 The Star Hawk came complete with four gray landing “pods,” the ZEROID robot himself (sometimes blue; sometimes red), and a special motor that would rotate the canopy and open the ship’s front hatch.

I was so disappointed. 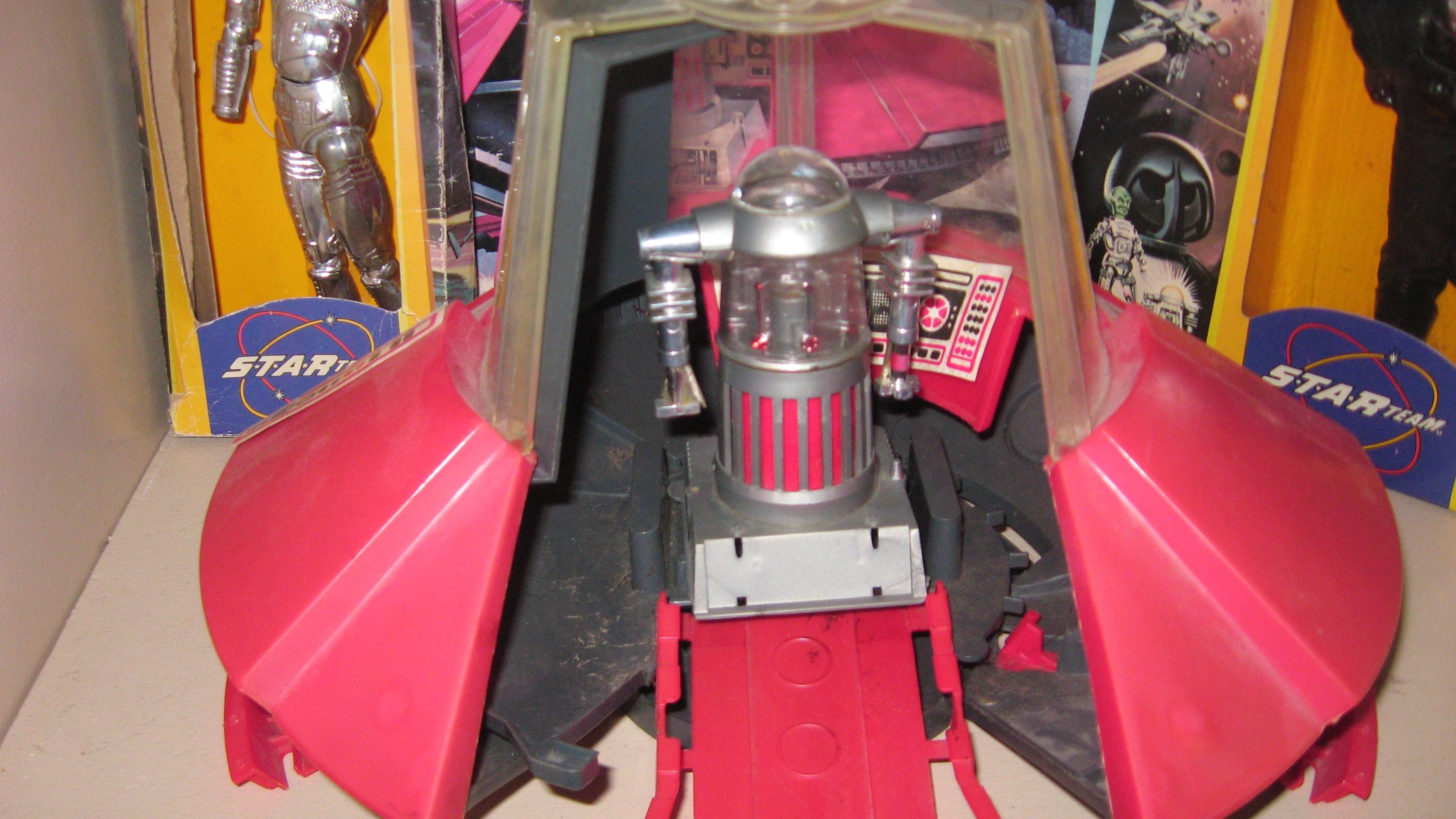 My grandparents had been duped…or at least confused. These weren’t Star Wars toys.  They were blatant knock-offs.

And now here I was with a toy that wasn’t from Star Wars at all.

But a funny thing happened. After a short time playing with the ZEROID and his flying-saucer ship, I realized they were awesome toys. Instead of recreating the events of Star Wars, I was suddenly creating a whole new space universe instead.

Before long, my love of the S.T.A.R. Team grew. I found at a yard sale somewhere in my home-state of New Jersey the Zeroid’s mortal Enemy, KNIGHT OF DARKNESS.

“This fearsome enemy of Zeroid and ZEM-21” is a Lord Darth Vader look-alike or knock-off with a black-and-silver uniform and cape. He came equipped with a nasty laser gun, and in his black boots and control paneled belt stands at 11 inches tall.

The Knight of Darkness is indeed a fearsome adversary, and now I had a new villain to chase Zeroid’s Star Hawk around outer space.

Though I still lacked minions for him, which was a problem. For that, I had to rely on Six-Million Dollar Man figures such as Bigfoot or Maskatron.

Ideal also released the aforementioned ZEM-21 as part of the S.T.A.R. Team line. He’s sort of the C-3PO of this particular knock-off universe, a bipedal, green-faced “metal plated humanoid robot.” His metallic skin is silver, and he proved to be the perfect companion to ZEROID on those adventures. Hard not to imagine him with a British accent, like Anthony Daniels, though.

That’s where my collection of S.T.A.R. Team toys ends, alas.

But thanks to the Internet, I’ve discovered that there were other toys available in the disco decade too.  The humanoid (Luke Skywalker?) of the bunch is a fella named “Kent,” and he was released with his “cosmic cruiser.”

Admittedly, this toy is a little lame since it doesn’t even feature a canopy on that cosmic cruiser.  There’s room aboard the tiny ship for just one humanoid.  No space for even a single astromech.

And wouldn’t Kent get yanked out of his cosmic cruiser he got too close to a black hole? 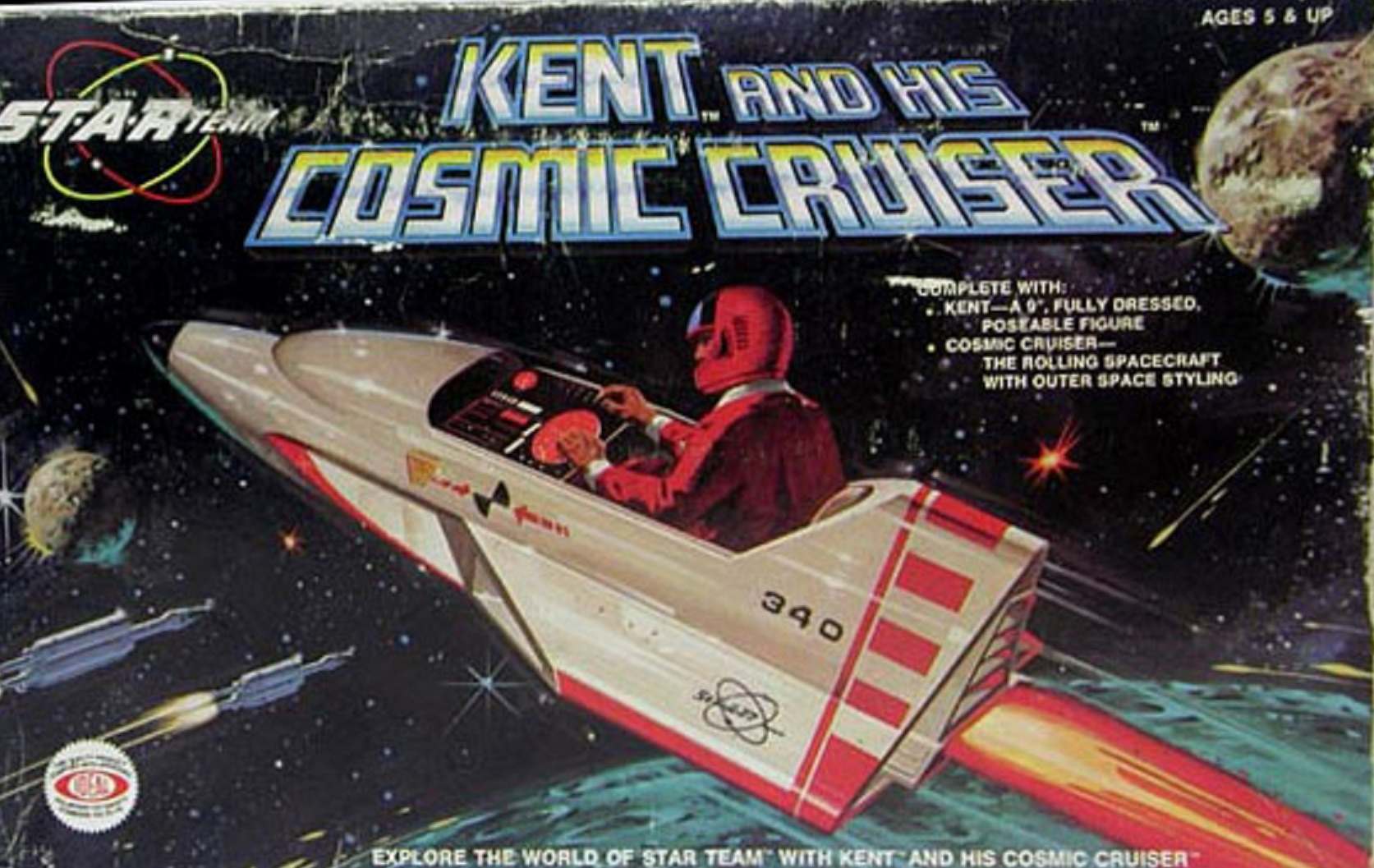 Ideal also manufactured a few interesting pretend-play items in the S.T.A.R. Team line including an ionizing nebulizer toy, and an awkward-looking space helmet.

Like Kent’s cruiser, these toys all seemed more like items from the world of Matt Mason — late 1960s space program futurism — rather than the fantasy-oriented realm of Star Wars. 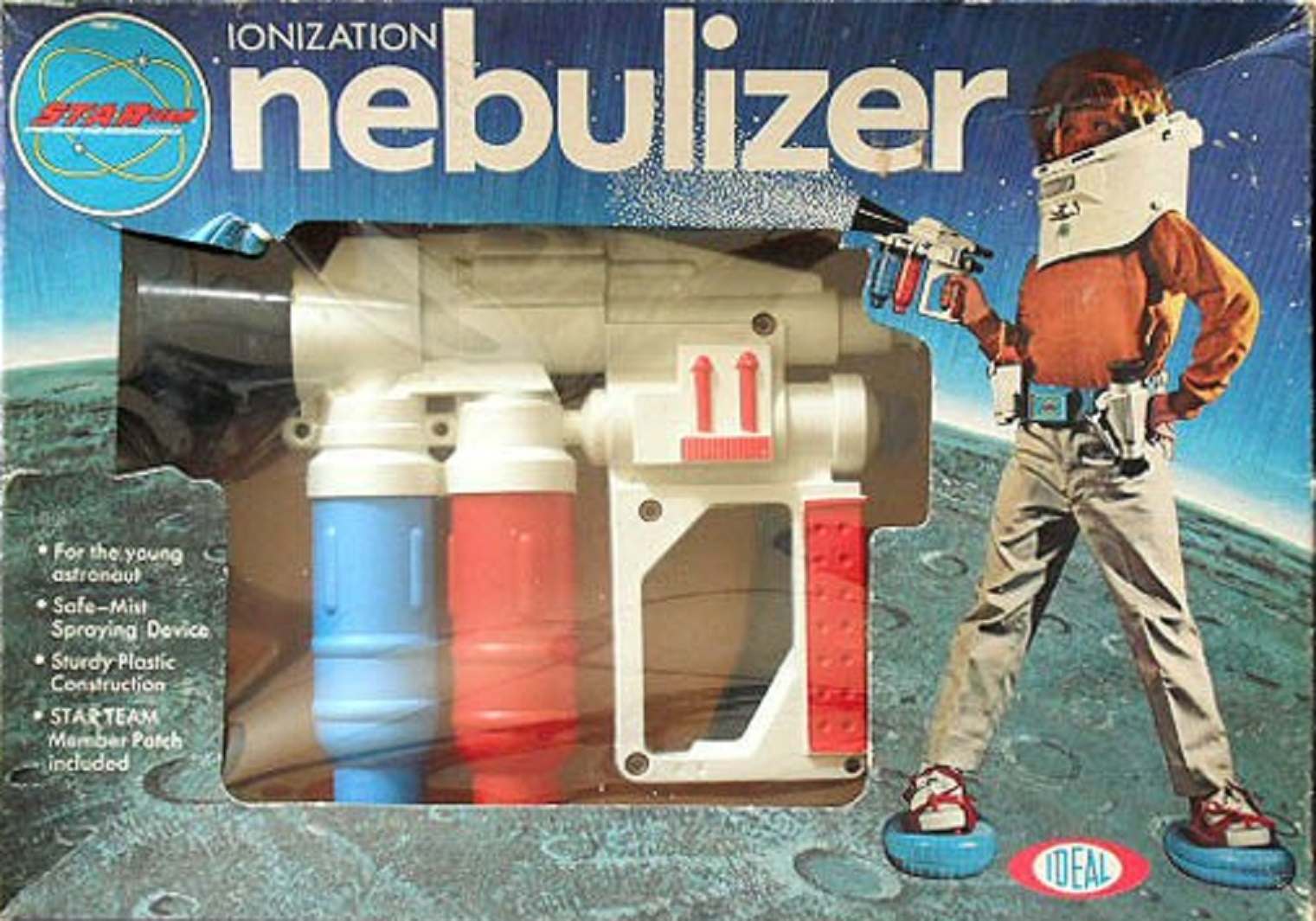 Only when I was an adult did I learn that some elements of the S.T.A.R. Team world (including ZEROID himself) were actually re-releases of older 1960s era toys, but with new Star Wars-ish packaging.

Finally, there was also a S.T.A.R. Team game called “Battling Spaceships.”  It was described as “The action game where you battle for control of the universe.” 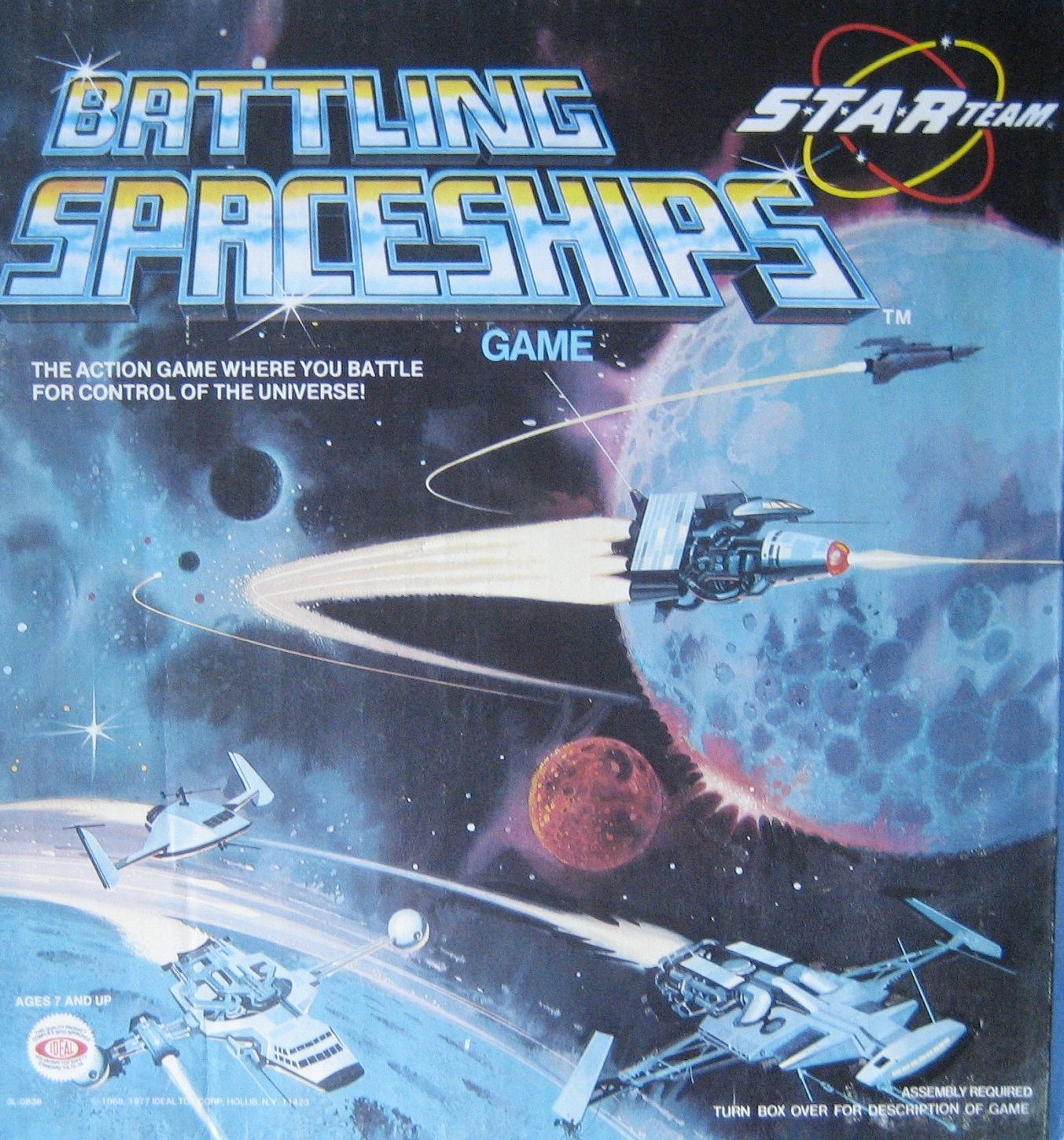 Maybe that was really truth in advertising, since Ideal’s S.T.A.R. Team ignited my imagination.

And to this day, I love Star Wars knock-off toys, often as much — or even more so — than officially licensed material.