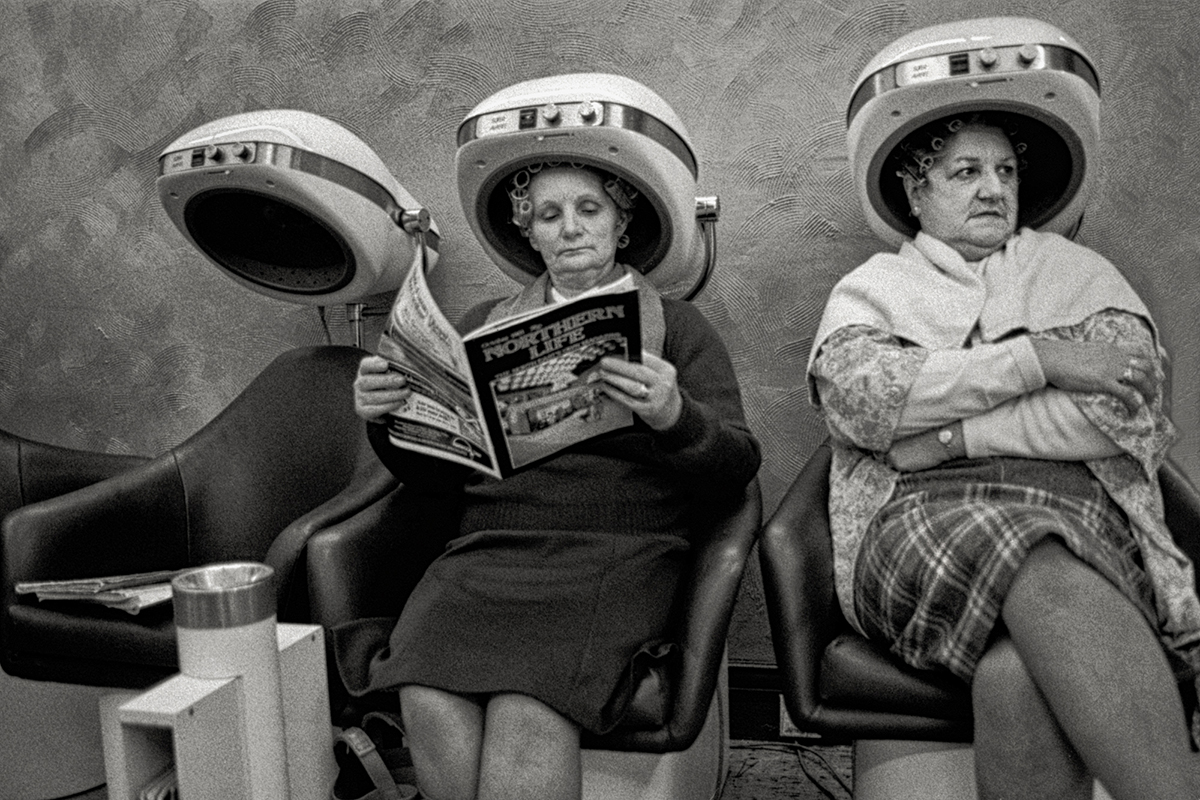 Mik Critchlow (b.1955) is a social documentary photographer based in the North East of England. Mik has worked on long term community-based projects for over forty years. On seeing an exhibition of paintings in 1977 by the ‘Pitmen Painters’ – a group of Ashington men brought together in 1934 by the Workers Educational Association for Art Appreciation classes, he realised the value of art as a social document, the visual representation of everyday life, by one’s own knowledge and personal experiences. In the same year, he began a long-term photography project which documented his home town of Ashington, Northumberland.

The son of a miner, he has worked within the community with a deep-rooted empathy for the townsfolk, documenting the area and it’s people during a rapid period of social and environmental change. 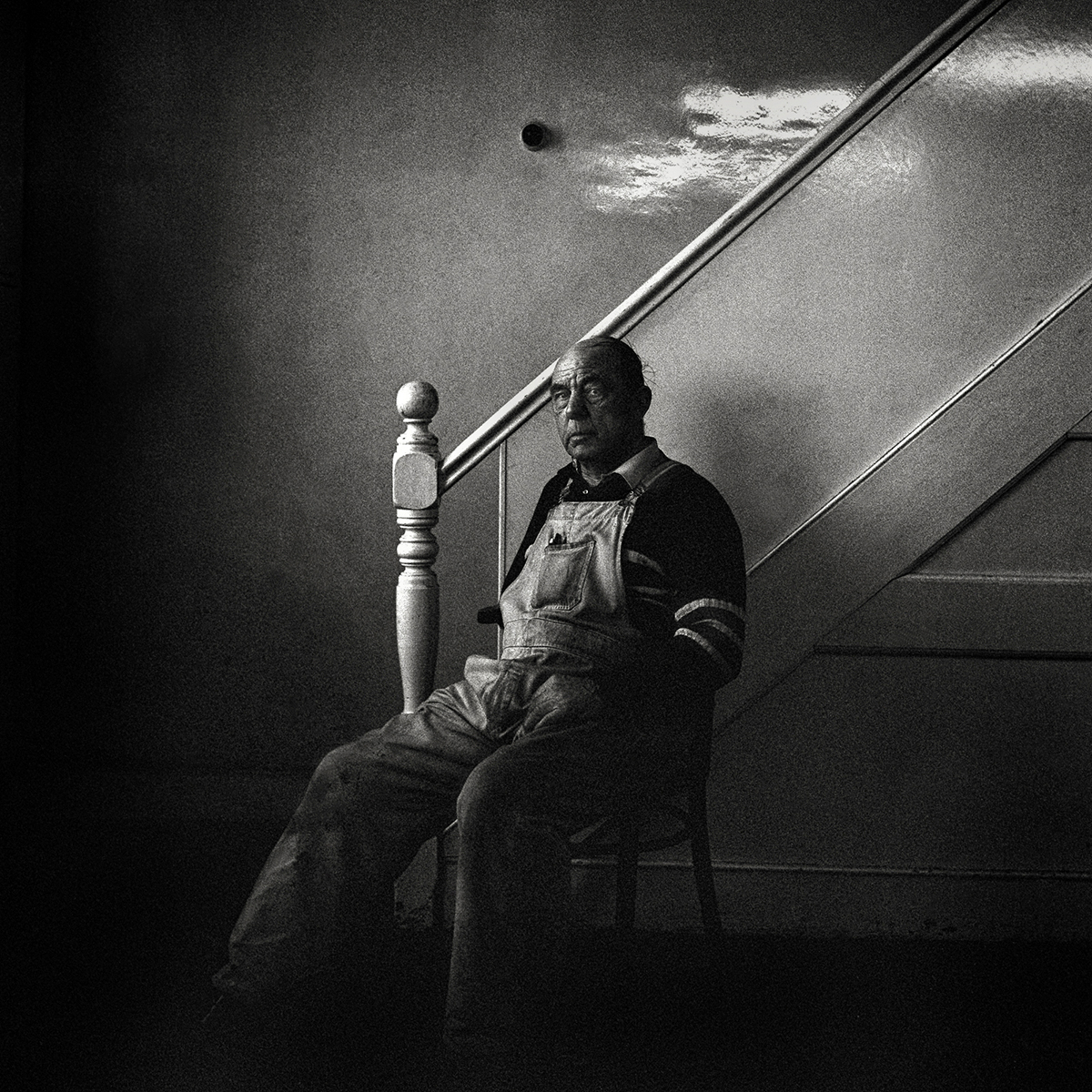 Mik shares his story with us:

Throughout 42 years of my career as a documentary photographer I have always concentrated my projects on the experience of working class people living in marginalised communities throughout the United Kingdom. It was inevitable really, given that I came from a working class background.

I left high school in 1970 at the age of 15 years without any academic qualifications and went straight into the workplace two days after leaving school, gaining full-time employment as a tailor’s trimmer at a local clothing factory. From there, I went straight into the Merchant Navy as a cabin boy and worked my way through the ranks to become a Steward/Cook, always active within the National Union of Seamen.

Deciding to leave my life at sea in 1977, I enrolled on two year course at my local College studying Art History and Graphic design as a mature student, It was while at college that I picked up a camera for the first time and immediately fell in love with the medium and process of photography.

I then began to take photographs in my local area. Everything was beginning to make sense to me in terms of documenting ordinary people within the situations I found myself, I was recording the everyday events and people within my community. Later in 1978 I visited the Side Gallery in Newcastle Upon Tyne who were exhibiting the entire collection of Henri Cartier Bresson’s prints from the V&A Museum. In many ways this was an epiphany to me to continue the work, which I was undertaking. It taught me a great deal about the benchmark for producing a body of work in the wider sense. Shortly after this visit I was awarded an exhibition commission, for a local arts organisation, to develop my earlier work into a more cohesive sequence documenting the lives of people living and working within a mining community. This was continued in 1979 when I received grant funding from Northern Arts (Arts Council of England) to produce more documentary photography work in the area.

In 1980 I was commissioned by Side Gallery and taken under their wings as a photographer, through this association with Amber/Side I was introduced to Chris Killip, Graham Smith and Sirkka Liisa Konttinen, who were also producing long term projects on the working class communities of the North East of England. They taught me to have faith in the work I was producing and that by being a documentary photographer was a way of life and not just a vocation/job.

Director of Amber Films, the late Murray Martin stated: “Integrate life and work and friendship. Don’t tie yourself to institutions. Live cheaply and you’ll remain free. And, then, do whatever it is that gets you up in the morning”. 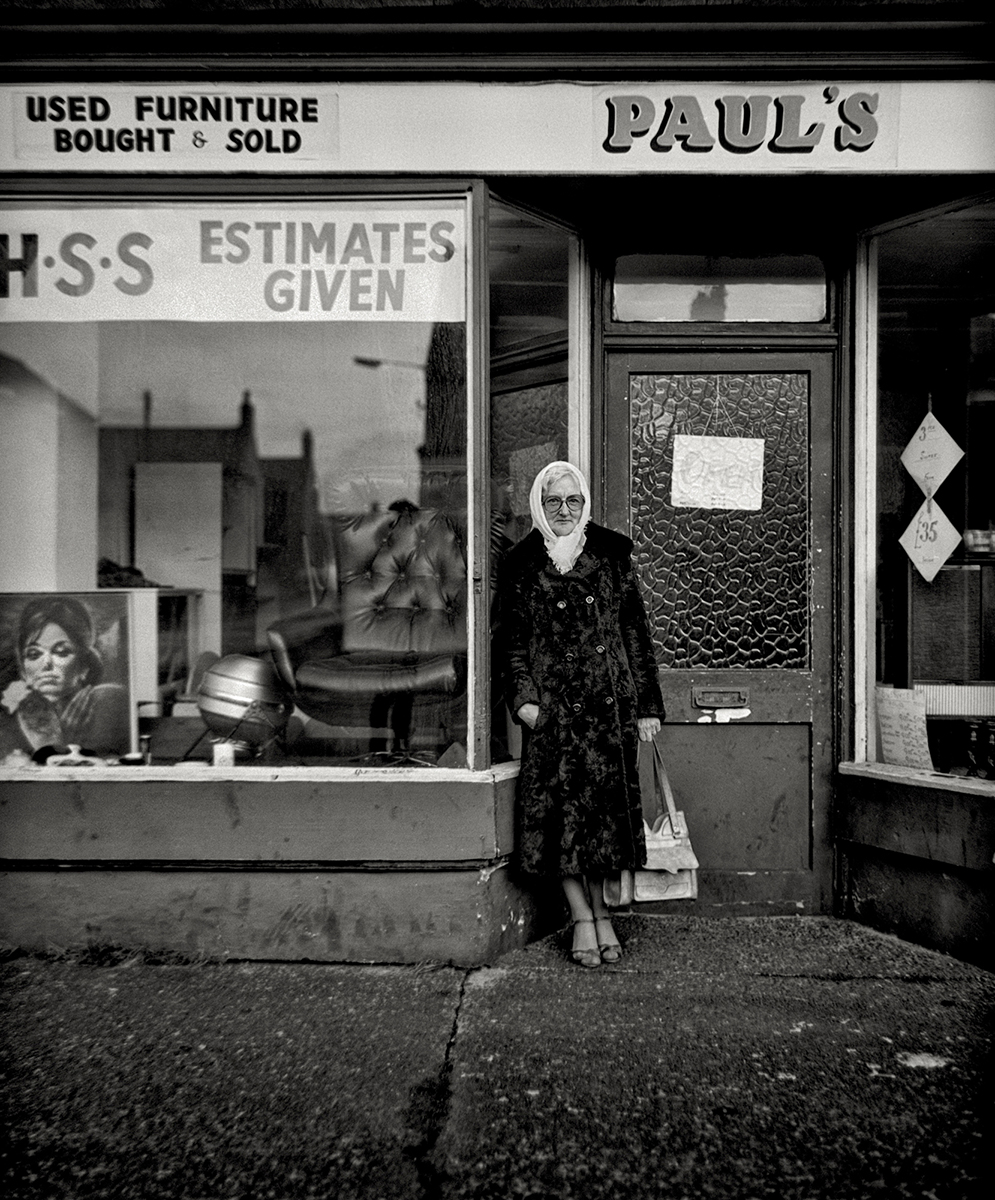 Waiting for her daughter – Hawthorn Road

I truly believe that being born and educated in an area gives you a better insight into the lives of people and the environment which you are photographing. Many of the people I photographed were known to me as people with whom I had first-hand knowledge; had met regularly on the streets, went to school with, drank in the same bars and clubs. I was never seen as a threat to their privacy, I was known only as someone who always had a camera. I always made work prints to give to people whom I’d photographed, to continue the relationship further and make other introductions, to enter into other situations/environments that might otherwise have been closed to other photographers who were seen as ‘outsiders’.

I come from a traditional mining family going right back to my Great Great Grandfather who travelled from Cornwall to Staffordshire. My Great Grandfather relocated to Ashington in the 1850’s with his family to begin work in the local mines. It’s a fourth generation thing: my grandfathers, father and my two brothers, as well as my uncles and cousins, have all worked within the coal mining industry. This helped me greatly to gain access to the local collieries and the men and women who worked there. When asked my name I would always be greeted with a smile “I know your Dad/Uncle/Brother”, it helped to break the ice as far as making photographs was concerned, my reasons for being there.

People would often ask why I wanted to photograph them; my answer would always be that they were as important to the town’s history as any celebrity sportsman or local politician. I had always wanted to show the town of Ashington in the broadest sense, I would set out to do specific ‘surveys’ in which I would spend a few weeks photographing shopkeepers and trades people around the area. Then I’d move on to factory workers working in a number of the local clothing/engineering factories, and in this way build up a picture of the working lives and environment of the people of Ashington. This was in addition to any of my work in the local collieries at Ashington, Woodhorn, Lynemouth and Ellington. I also wanted to concentrate on leisure activities and traditional pastimes such as my series on whippet dog racing which I did over a twelve month period. This was done at the same time as I was working on paid commissions for trade unions and other projects in the North East of England.

My work has continued in the intervening years since the demise of the coal mining industries in the area and I have recently completed a series of new images in the the Hirst neighbourhood where I was born, an area where many of the town’s mining community were housed and is now considered to be one of the most run down and deprived communities in the UK.
This situation is not only specific to my community, but a problem which is widespread amongst many ex-mining communities throughout England Wales and Scotland where the major sources of full-time employment have disappeared without any strategic plan for the future prospects of working class people.… 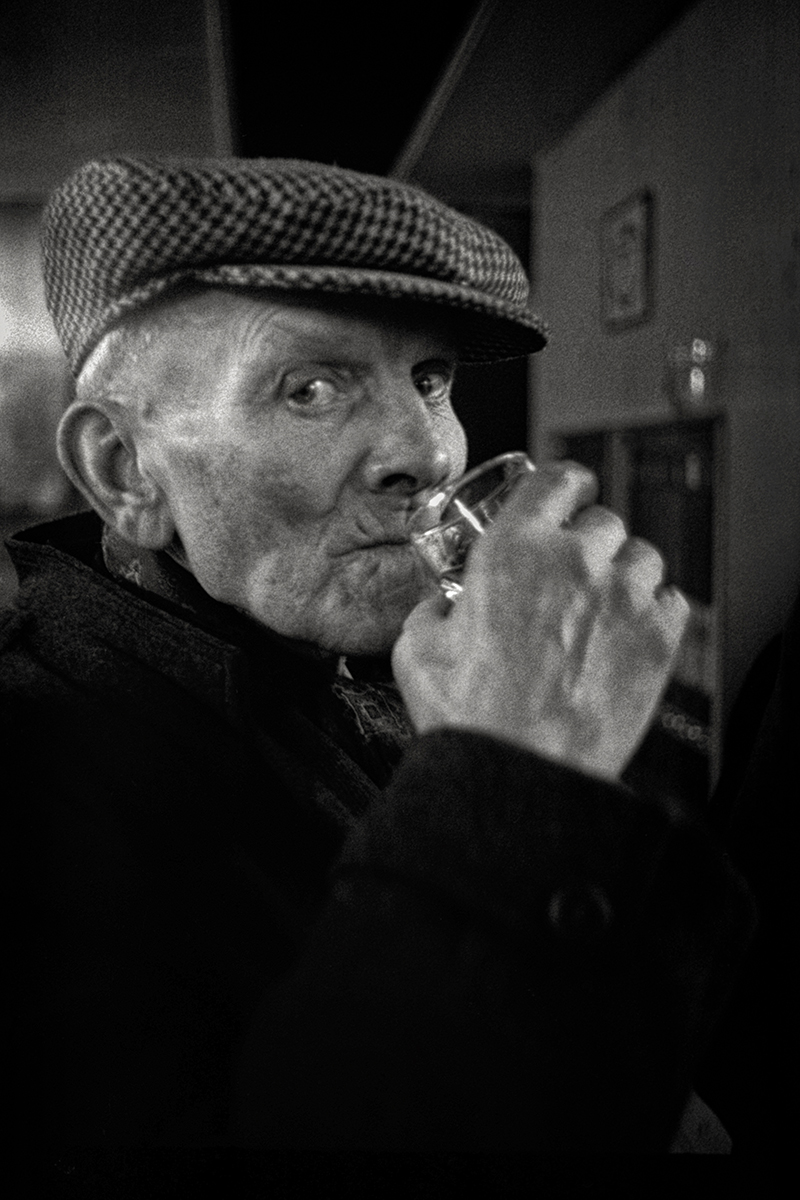 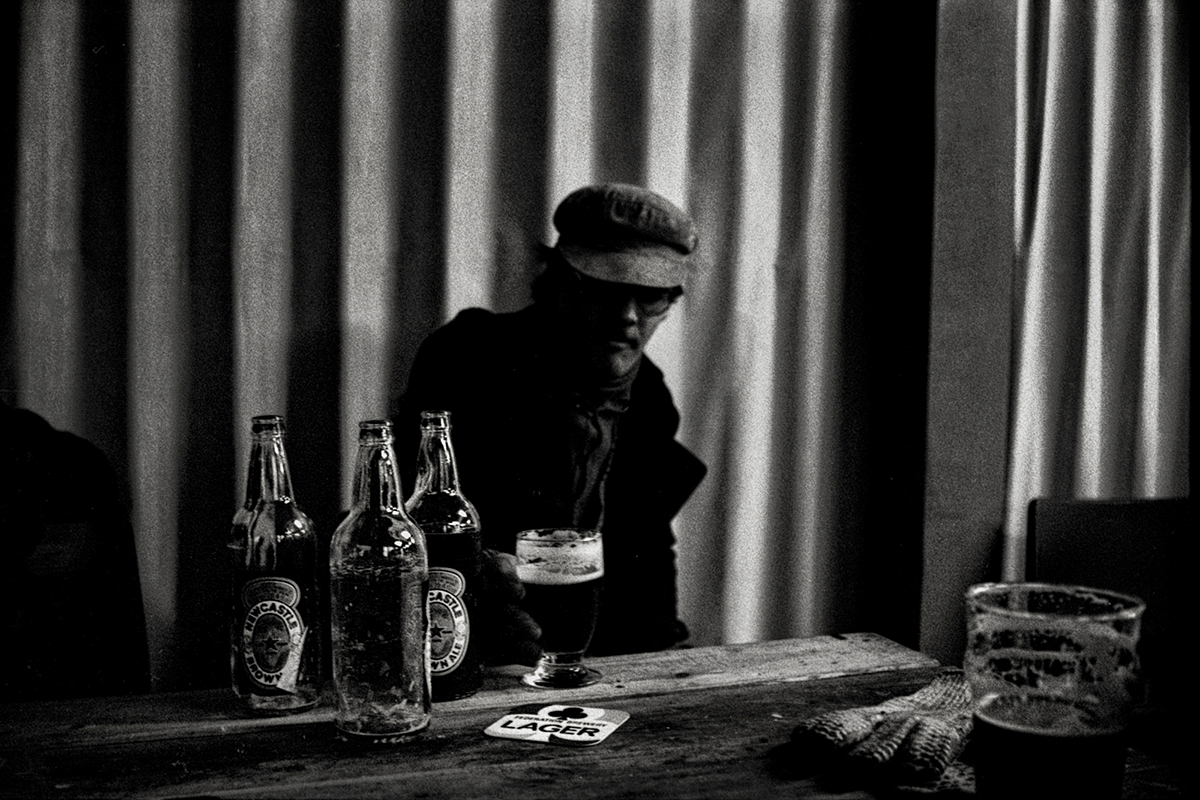 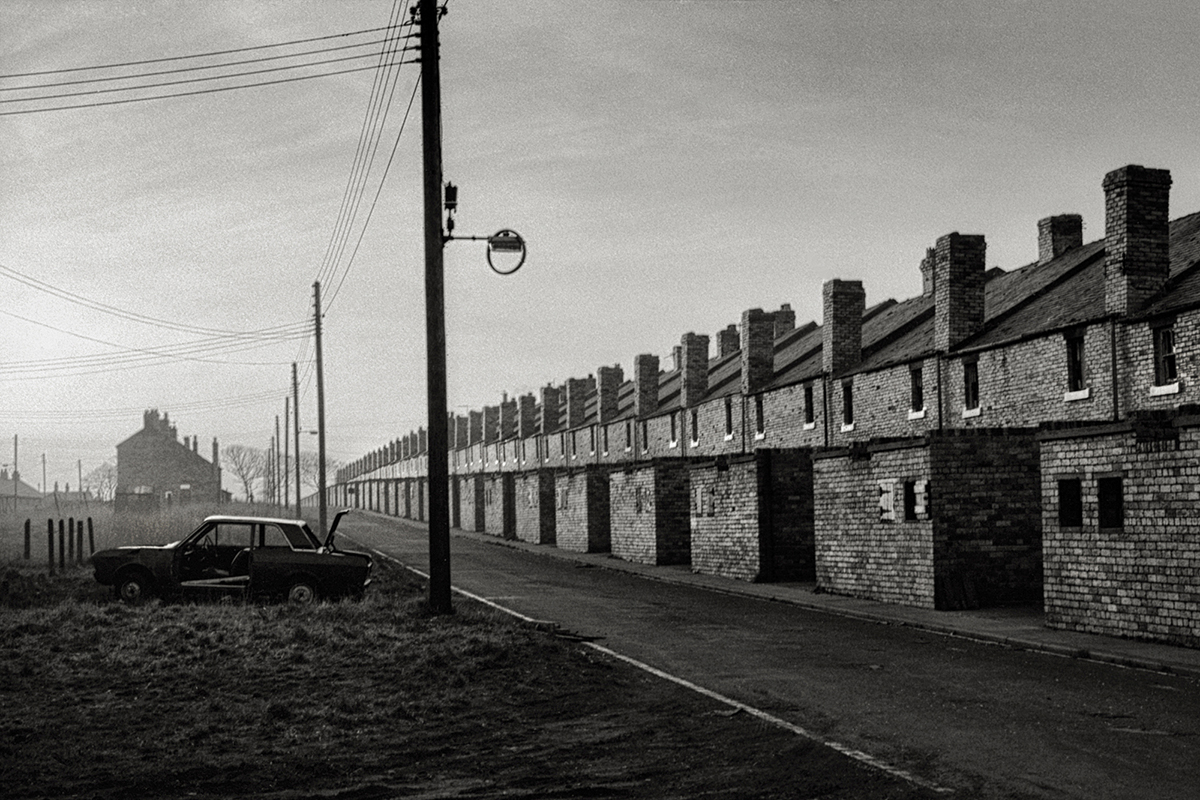 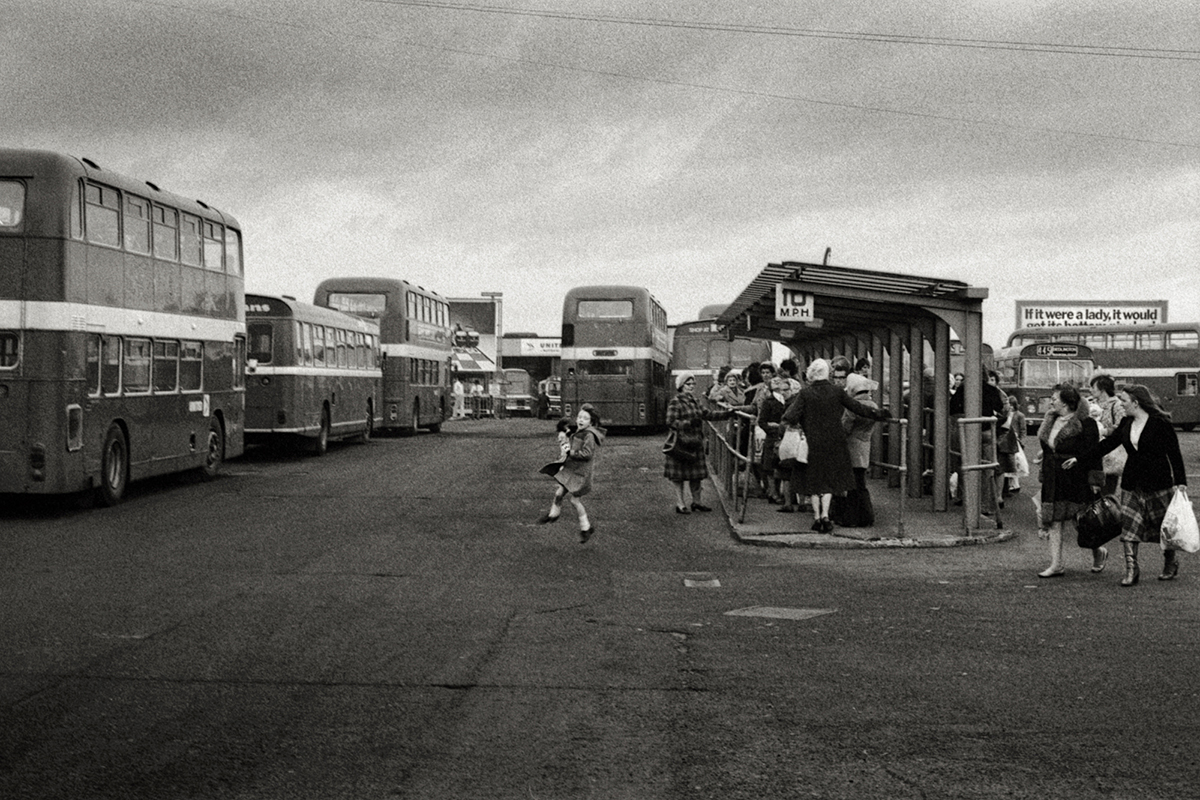 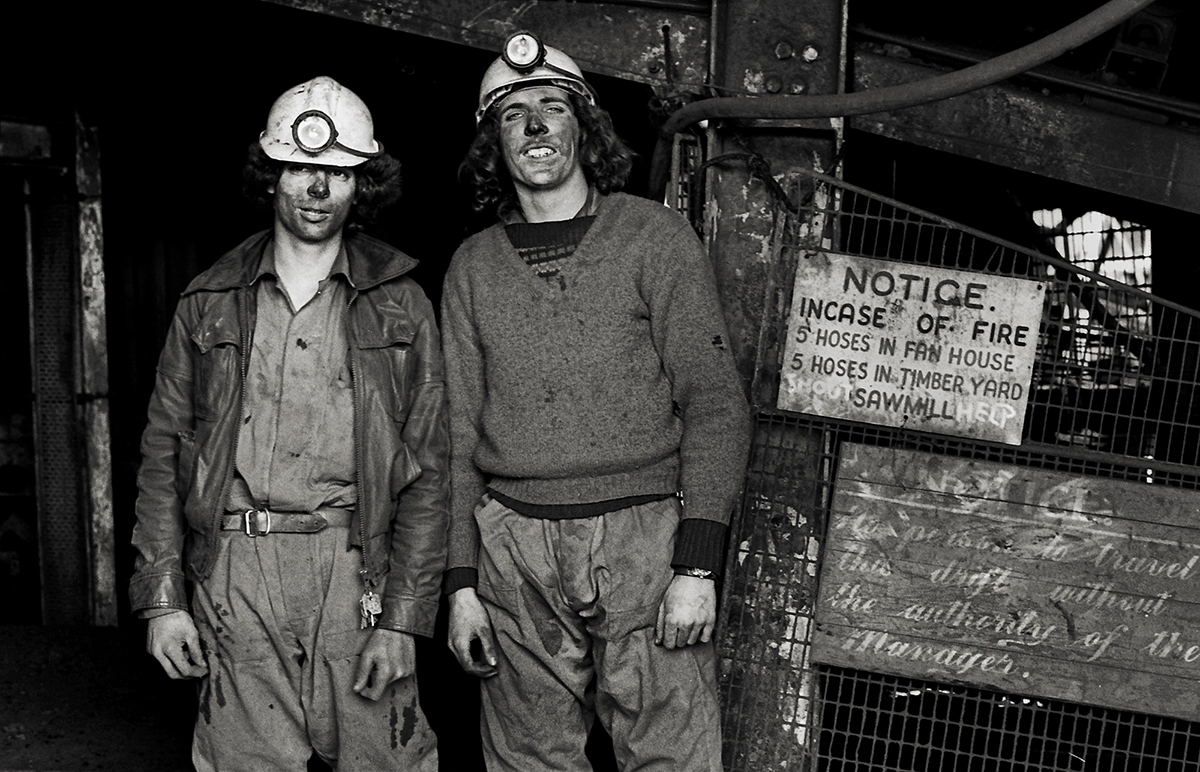 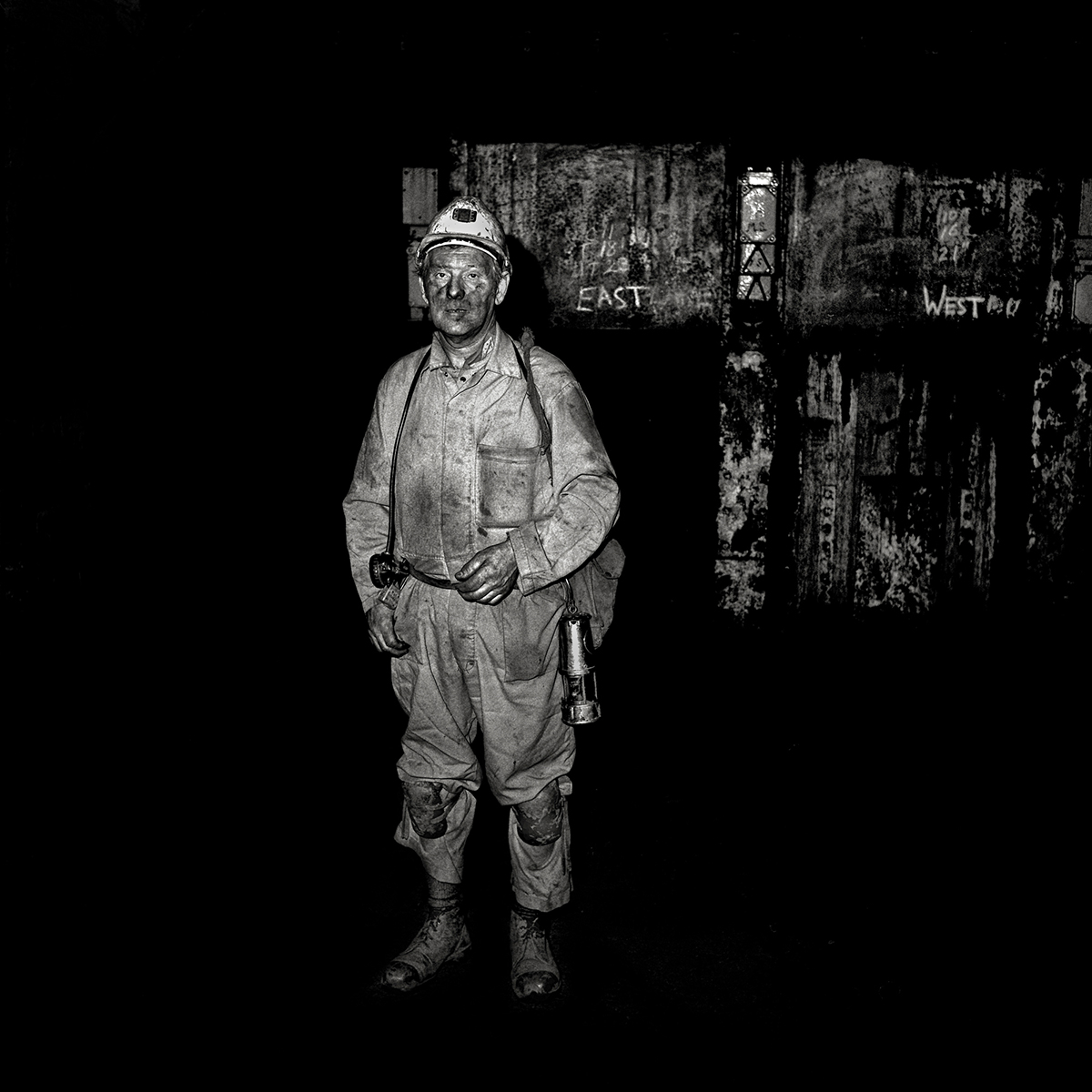 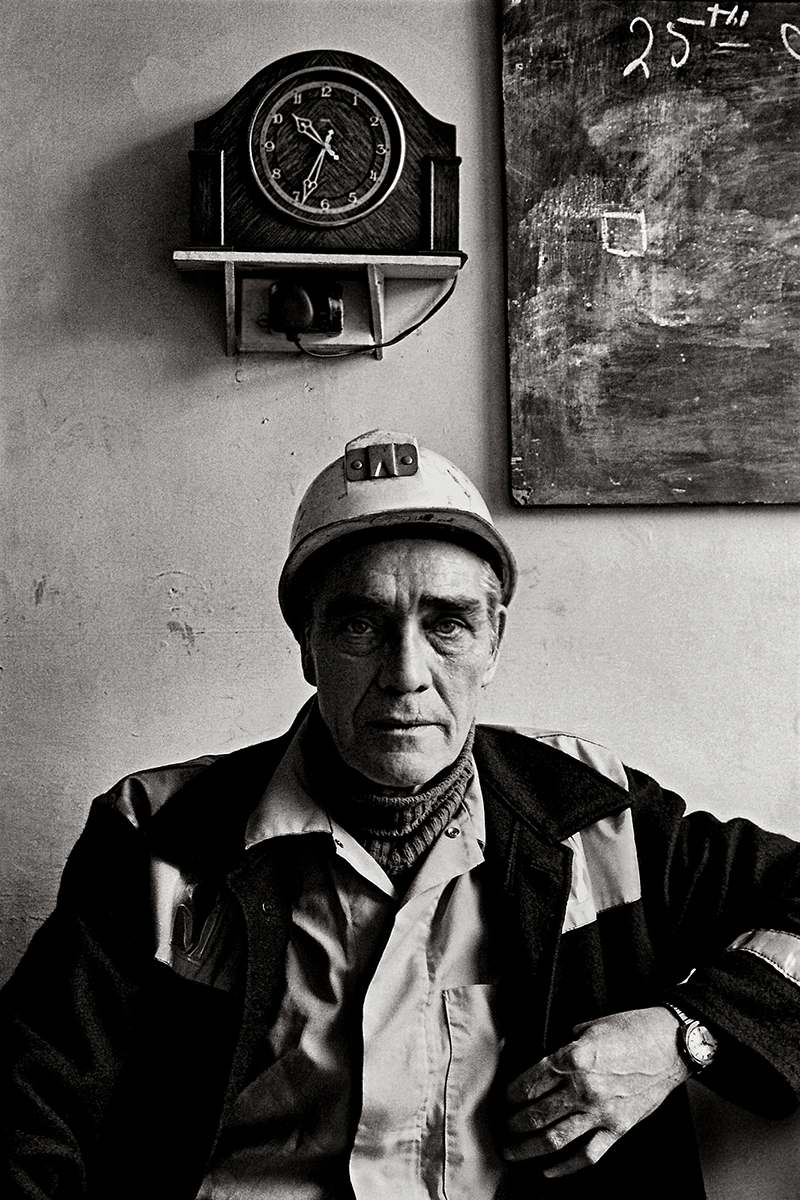 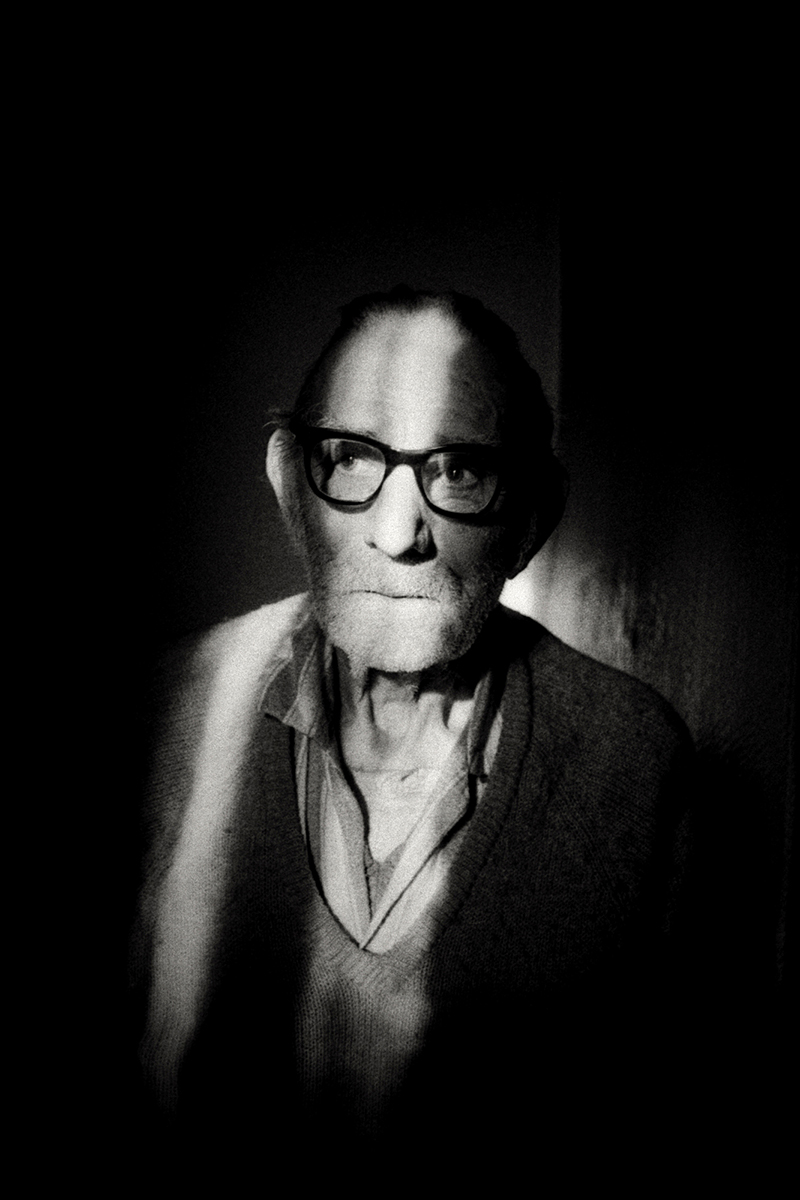 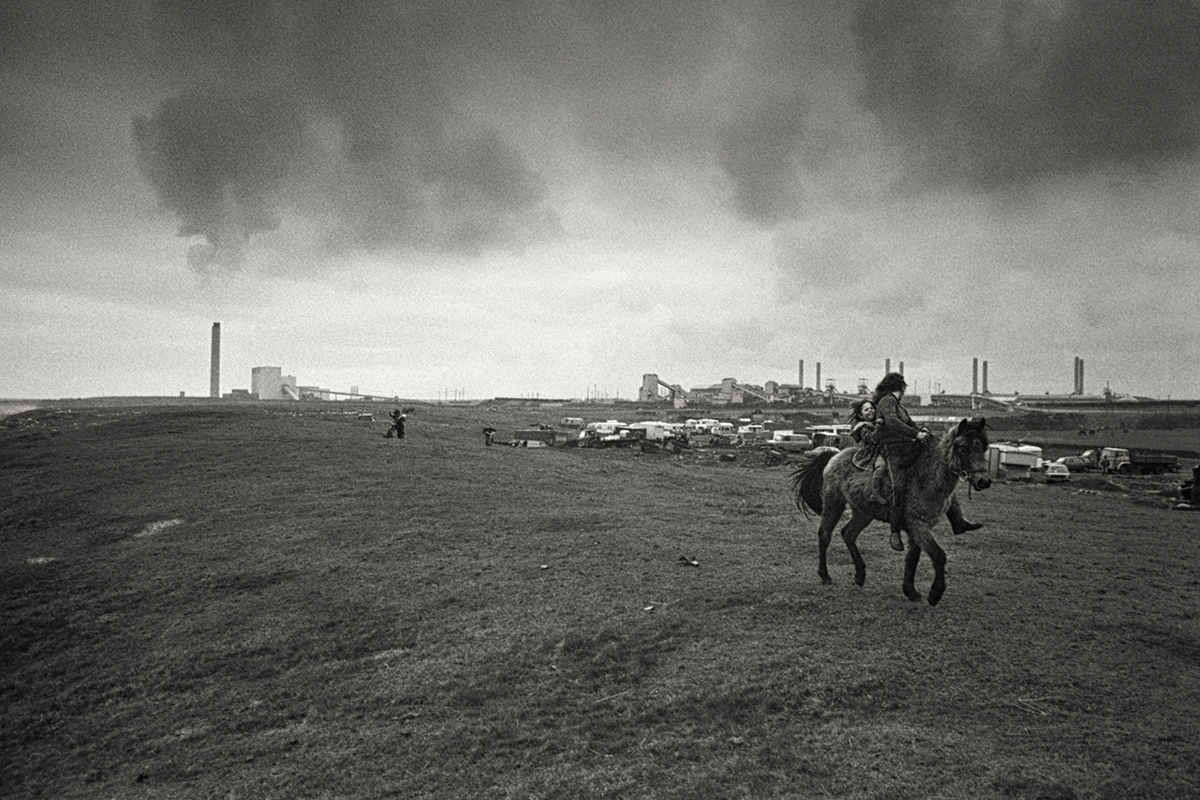 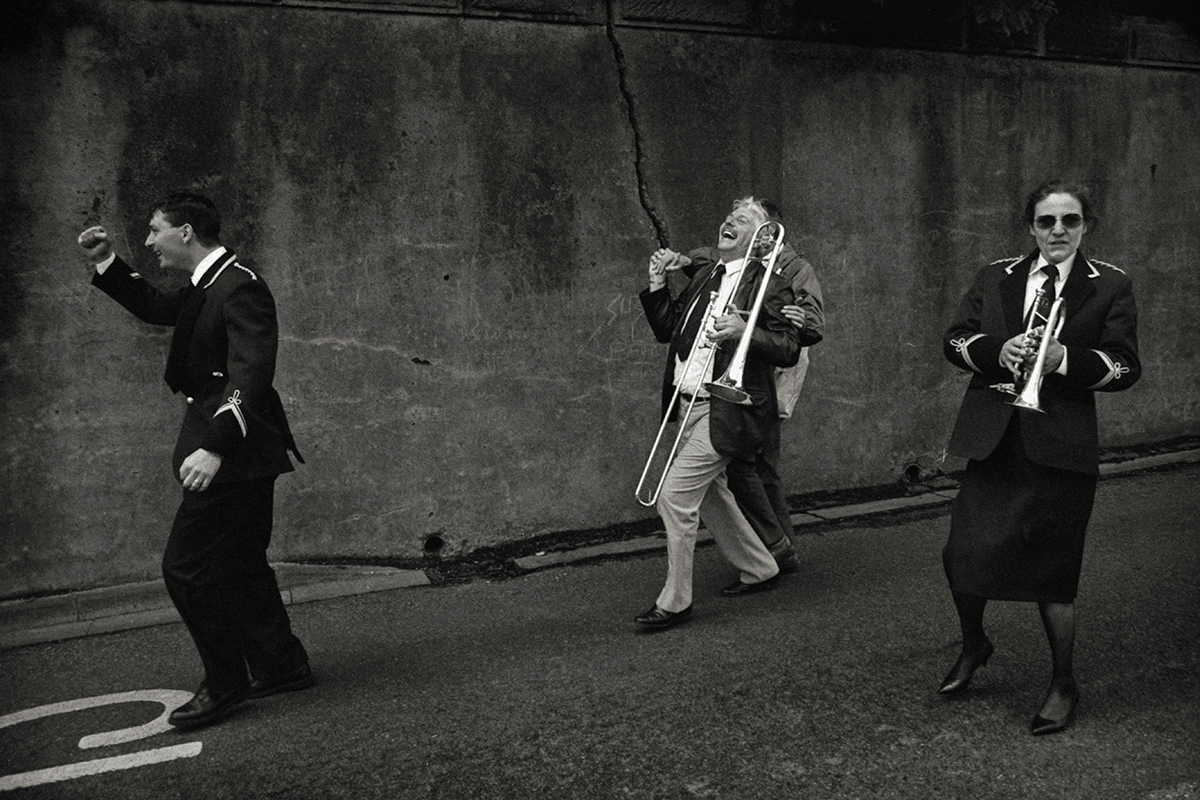 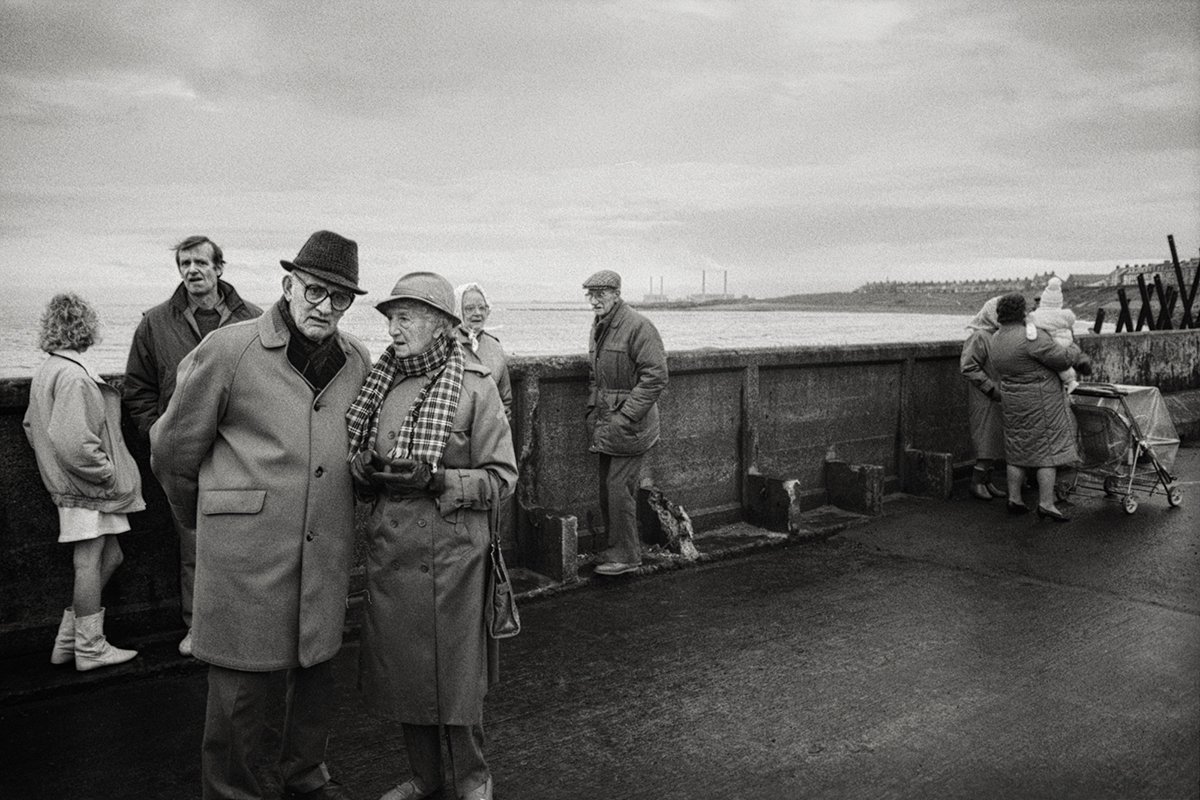 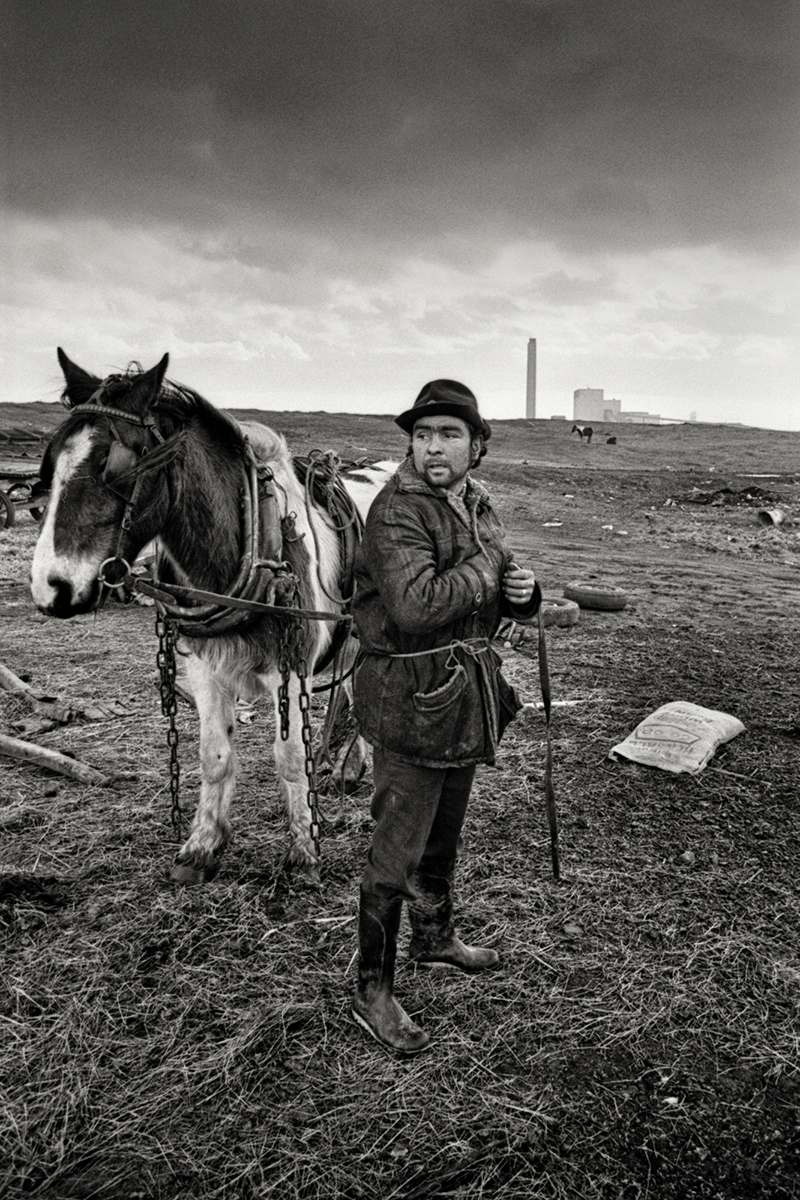 You can see more of Mik Critchlow’s work on his website.