On April 18th 1990, Nirvana performed at ManRay in Cambridge, Massachusetts.  JJ Gonson was there to record the scene as fewer than 100 people watched the band. The show was introduced by Boston DJ Duane Bruce, who also recorded things.  You can hear 23-year-old Chad Channing on drums (he was replaced by Dave Grohl later on that year). 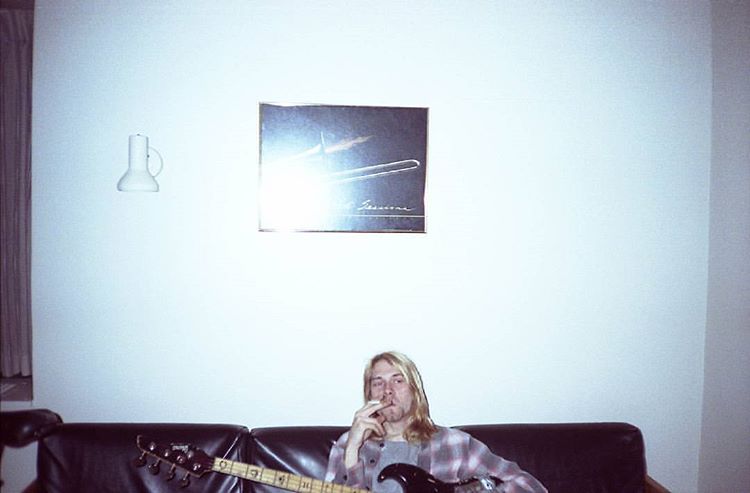 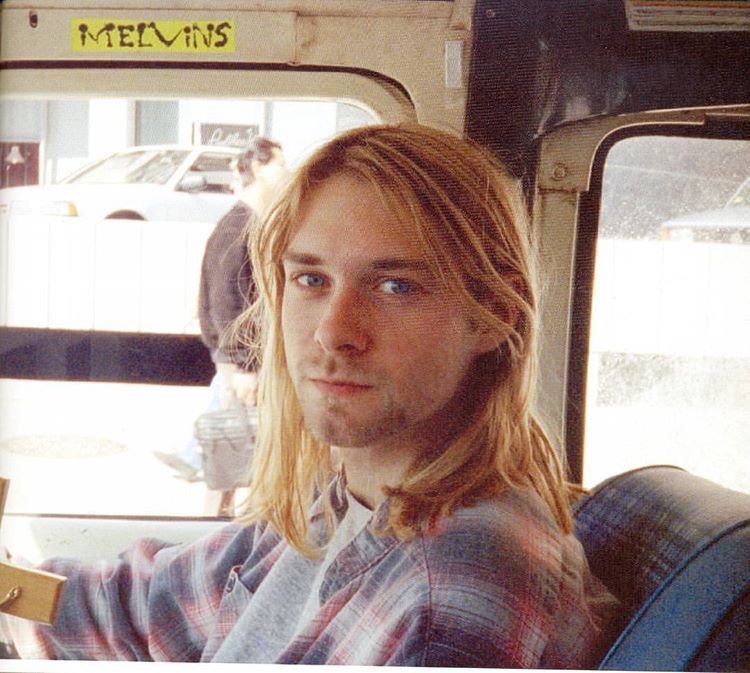 Kurt Cobain: Basically I was a rocker-stoner. And then I got into punk rock, and now I’m into both. 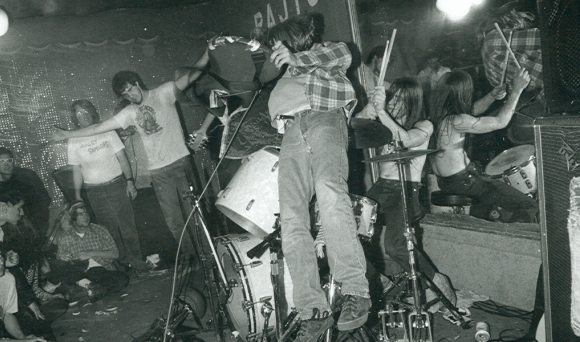 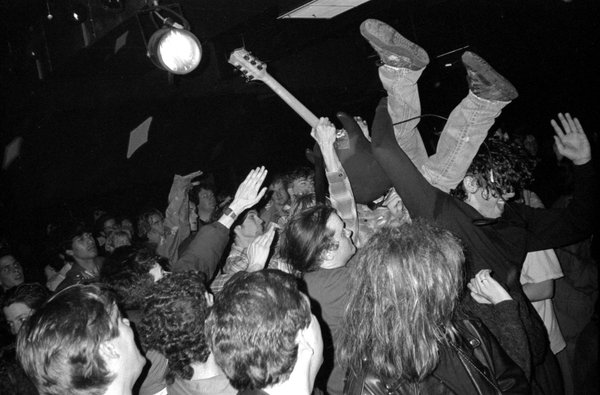 Has anyone approached you with like a major record deal? Or a large indie label?

Jason Everman: There’s pretty much a full-scale bidding war going on right now that we can’t really talk about.

Chad Channing: Nor will we say it . . . for just the change in their pocket. 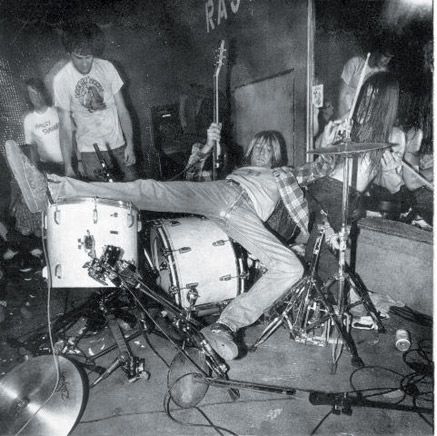 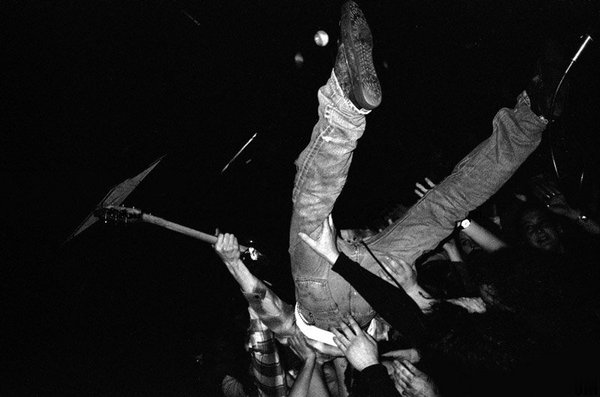 Where’d you get the band name from?

Kurt Cobain: It sounded good, I dunno . . . You see, I was in the middle of transcendental meditation, and I spiraled up to the ceiling, and I said, “Nirvana!” and sparks came from my belly button.Jason Everman: Wow, it was excellent, I was there —

Kurt Cobain: He got blinded. 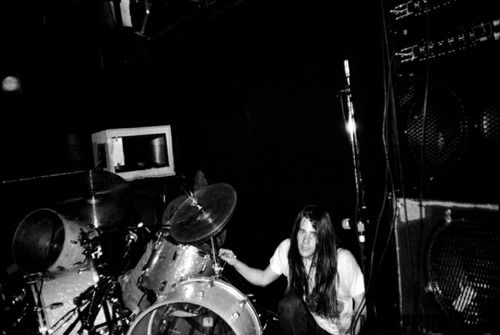 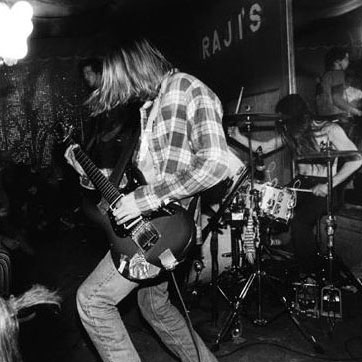 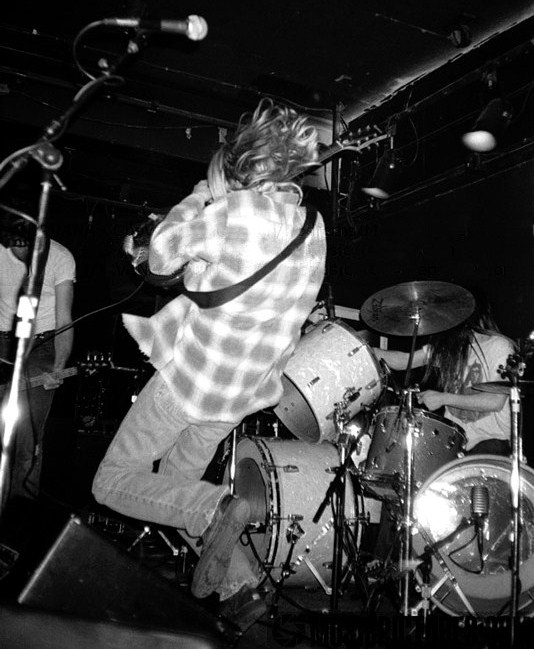 Chris Novoselic: We never practice — that’s something you oughta know, we don’t practice.

Jason Everman: I wouldn’t say we don’t practice. I practice to a tape all the time.

Kurt Cobain: Yeah, we all practice in our rooms to the tape.

Jason Everman: That’s a serious answer. It is! It’s what we do.

Kurt Cobain: I think the reason we don’t practice is —

Chris Novoselic: When we play I get pissed at myself that I should practice more.

Jason Everman: In a way it’s good we don’t practice because we don’t really get sick of the songs.

Kurt Cobain: The songs are so repetitious and easy it’s . . . it’s easy to get tired of them.

Jason Everman: Yeah, when we play ’em live they’re still fun to play. That’s the problem with a lot of bands that practice five times a week, they just get totally burned on the songs and —

Chris Novoselic: Maybe that’s why it’s exciting, if we’re supposed to be exciting to see, I guess. 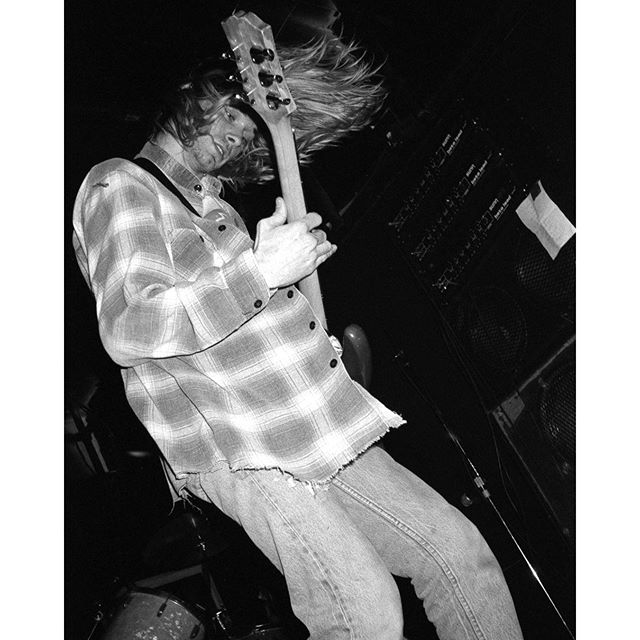 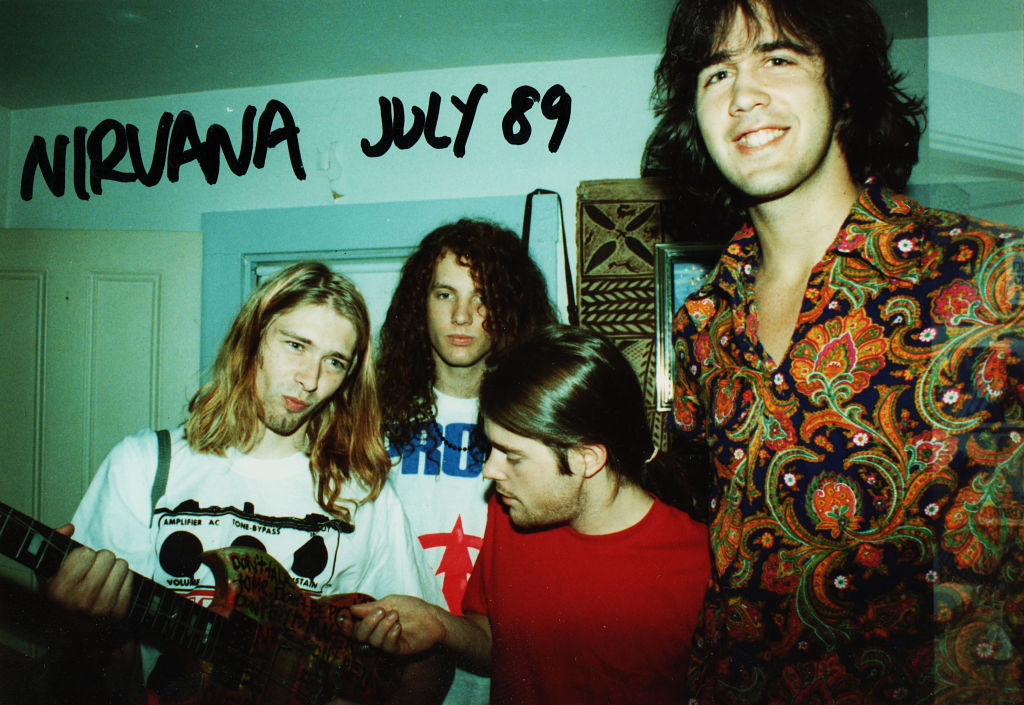 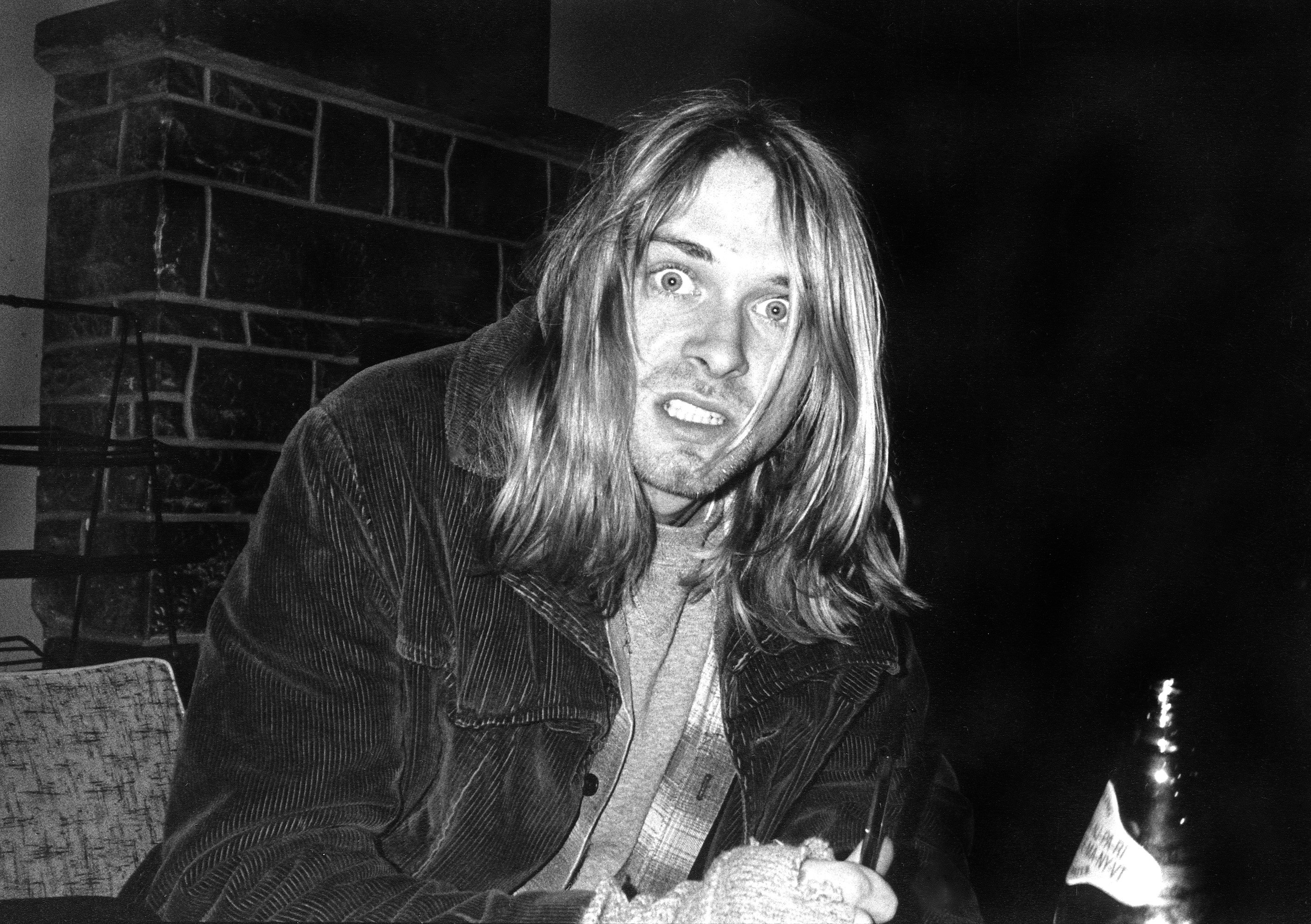 Why’d you name the album Bleach?

Chris Novoselic: We were cruising around the Bay Area —

Chris Novoselic: It was fucking weird too.

Chad Channing: We were all delirious and sick and sad.

Jason Everman: We had “Merciful Fate” going on the stereo.

Kurt Cobain: Bruce took advantage of us having bronchitis and talked us into calling it Bleach.

Chris Novoselic: No, really, we drove to San Jose for nothing.

Jason Everman: For nuthin’! It was hot.

Chad Channing: Well actually it’s cool though — I like it.

Chad Channing: It can stand for almost anything you want it to say.

Kurt Cobain: Cleaning out your needles — and acid wash.

Jason Everman: Acid wash. We get lots of free advertising on TV and everywhere else.

Kurt Cobain: I was just going to say I don’t particularly like people that wear acid wash clothes, that’s all. 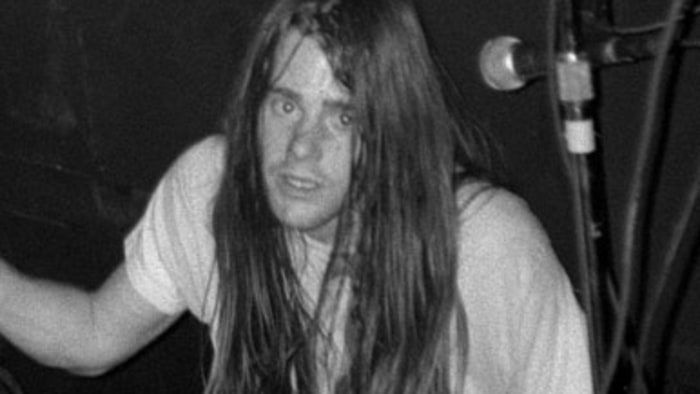 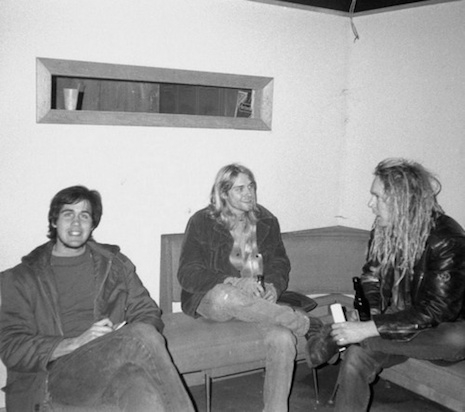 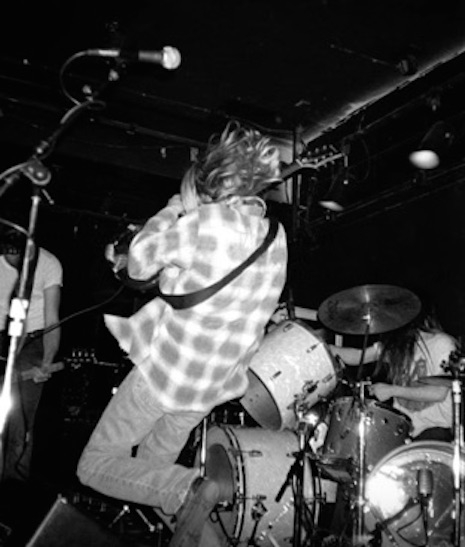 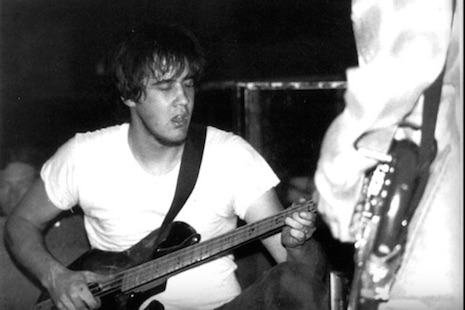 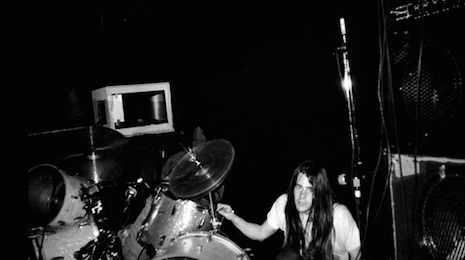 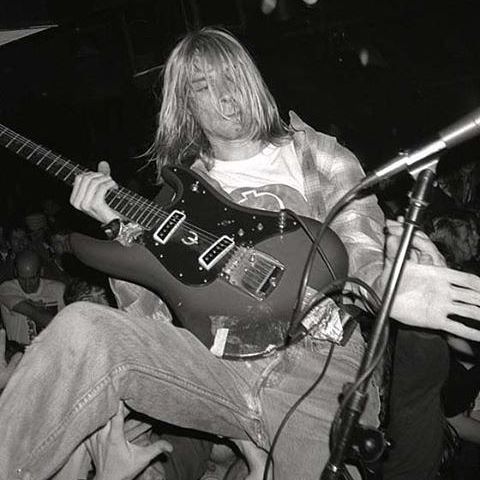 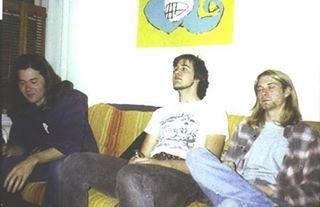 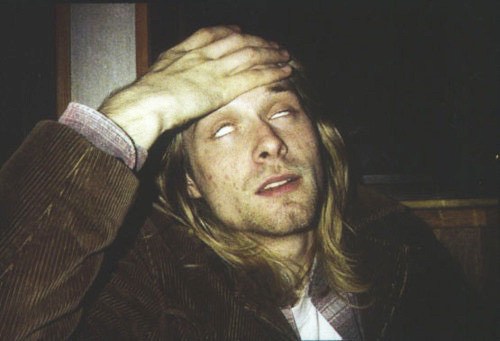 Thanks to JJ Gonson for letting us show her great photographs. Interview via Medium 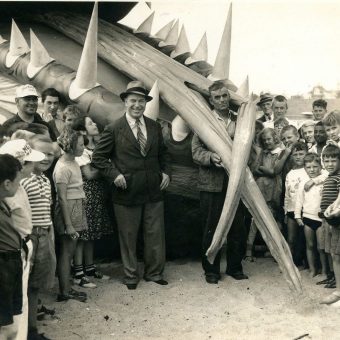 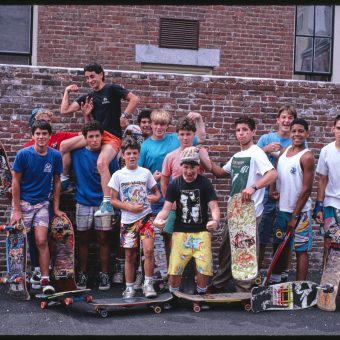 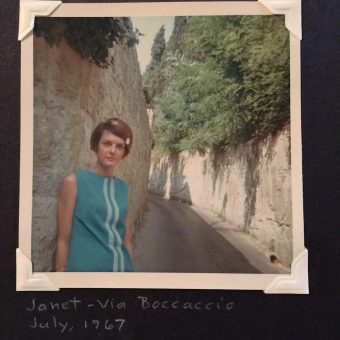