“If a car knocks a horse-drawn wagon off a bridge, the other photographers will take a picture of the bridge.. What I do is go and see what happened to the poor old horse.”
– Weegee 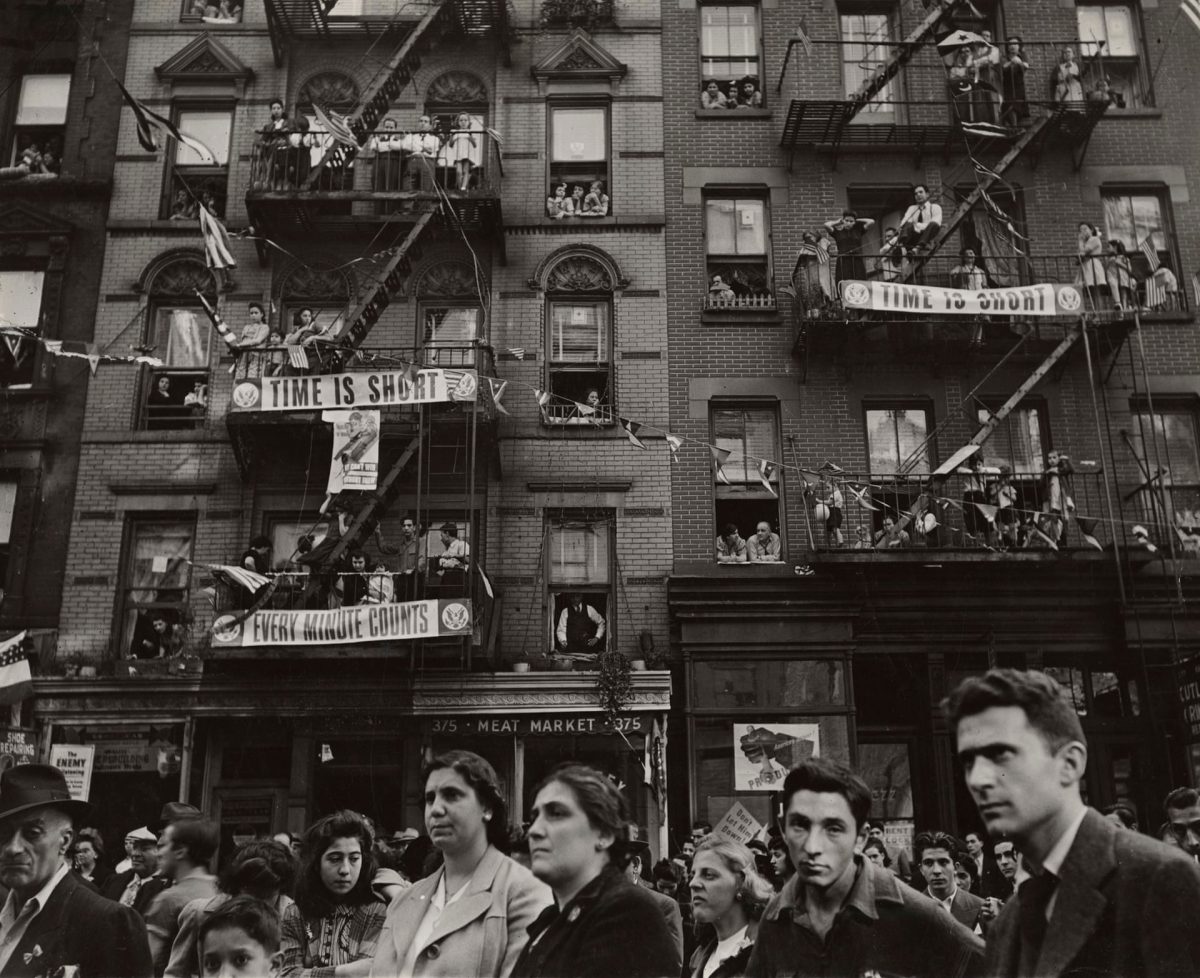 ‘Weegee‘ was born Usher Fellig on 12 June 1899 in Lemburg, Austria-Hungary (later Poland, now Zolochiv, Ukraine). At age 10 he arrived with his Jewish family in the USA. At 14, now known as Arthur, he scored his first work as a photographer in Lower Manhattan, New York City. He worked at the city’s newspapers until 1935, when he became a freelance news photographer. In 1938 he got his break, becoming the only photographer granted permission to install a police shortwave radio in his car. If it kicked off in the city, Weegee knew and got their first. ‘He got the nickname Weegee from the phonetic spelling of Ouija: his uncanny ability to find a story and to arrive at the scene of a crime before any other reporter was likened to the miraculous powers of a Ouija board.’

Most crimes occurred at night. And as the crowds were straining their necks and eyes to see the cause of the commotion, Weegee fired at them from the gloom. The sudden burst of flashbulb light illuminated the scenes. Light and shade gave the tableaux a film noir texture. Everyday people looked heroic. And we become voyeurs. The images told their own stories. Weegee titled one photo “I Cried When I Took This Picture” (below). You can it below. The photo shows us a woman and her mother looking towards a burning building they’ve fled, inside which the other daughter and her child are dying. 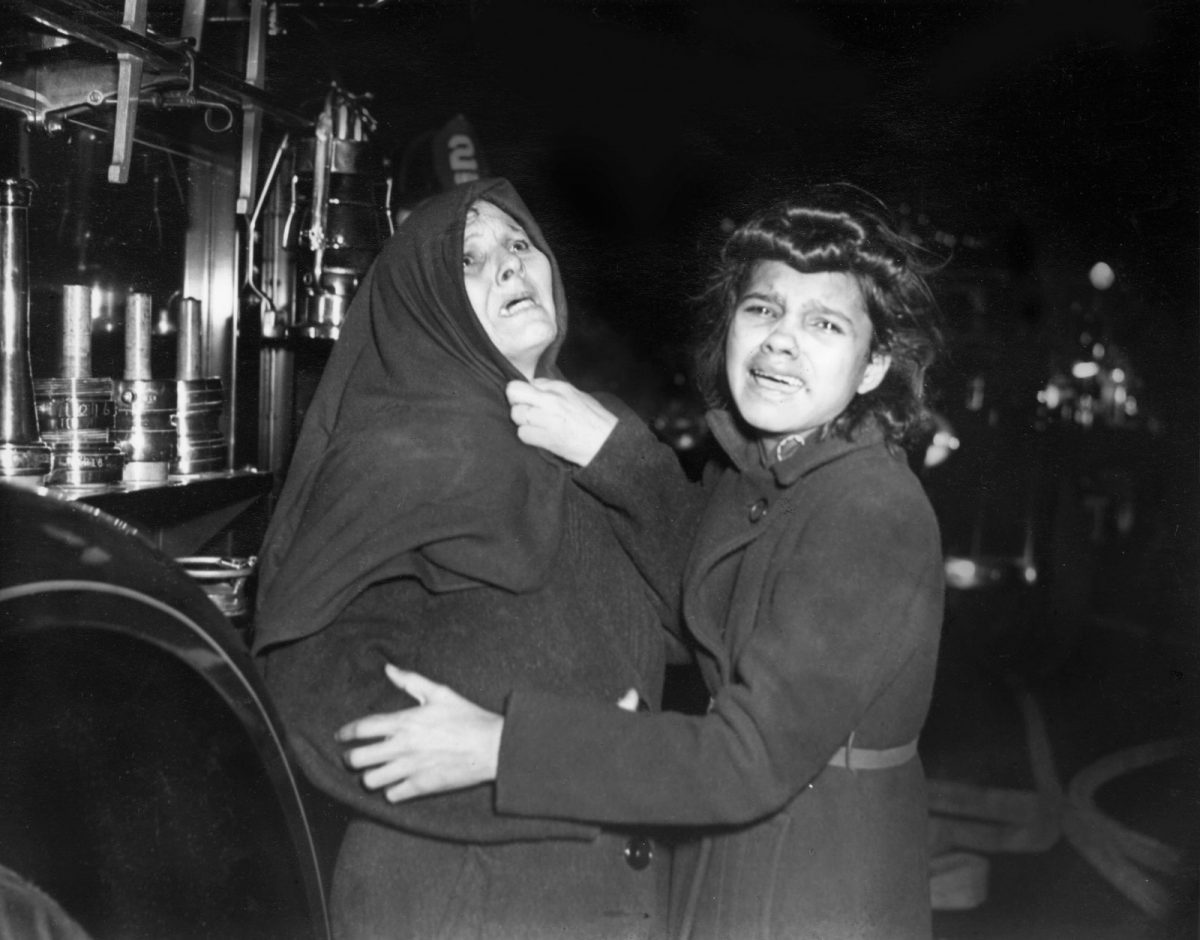 “I Cried When I Took This Picture,” Ms. Henrietta Torres and Her Daughter Ada Watch as Another Daughter and Her Son Die in Fire, 1939 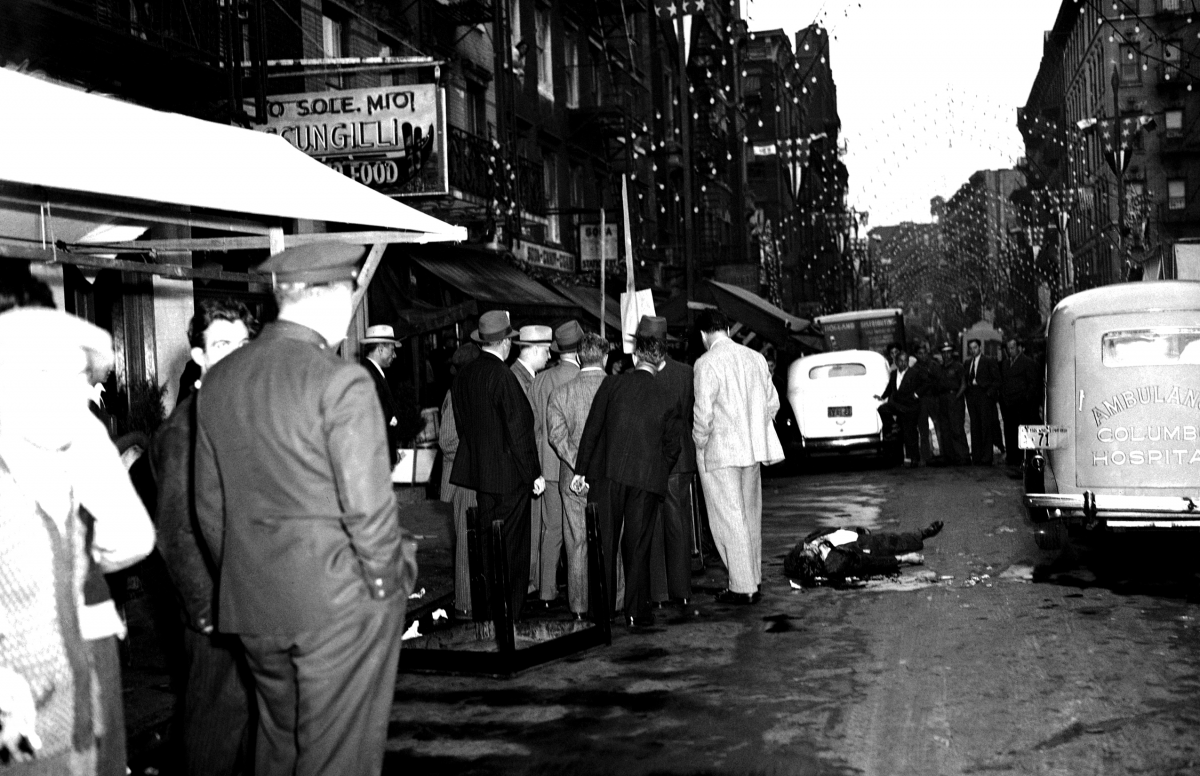 A crowd gathers around the body of a man killed in a fracas on Mulberry Street in New York City on Sept. 21, 1939

“In my particular case I didn’t wait ’til somebody gave me a job or something,” he wrote, “I went and created a job for myself – freelance photographer. And what I did, anybody else can do. What I did simply was this: I went down to Manhattan Police Headquarters and for two years I worked without a police card or any kind of credentials. When a story came over a police teletype, I would go to it. The idea was I sold the pictures to the newspapers. And naturally, I picked a story that meant something.” 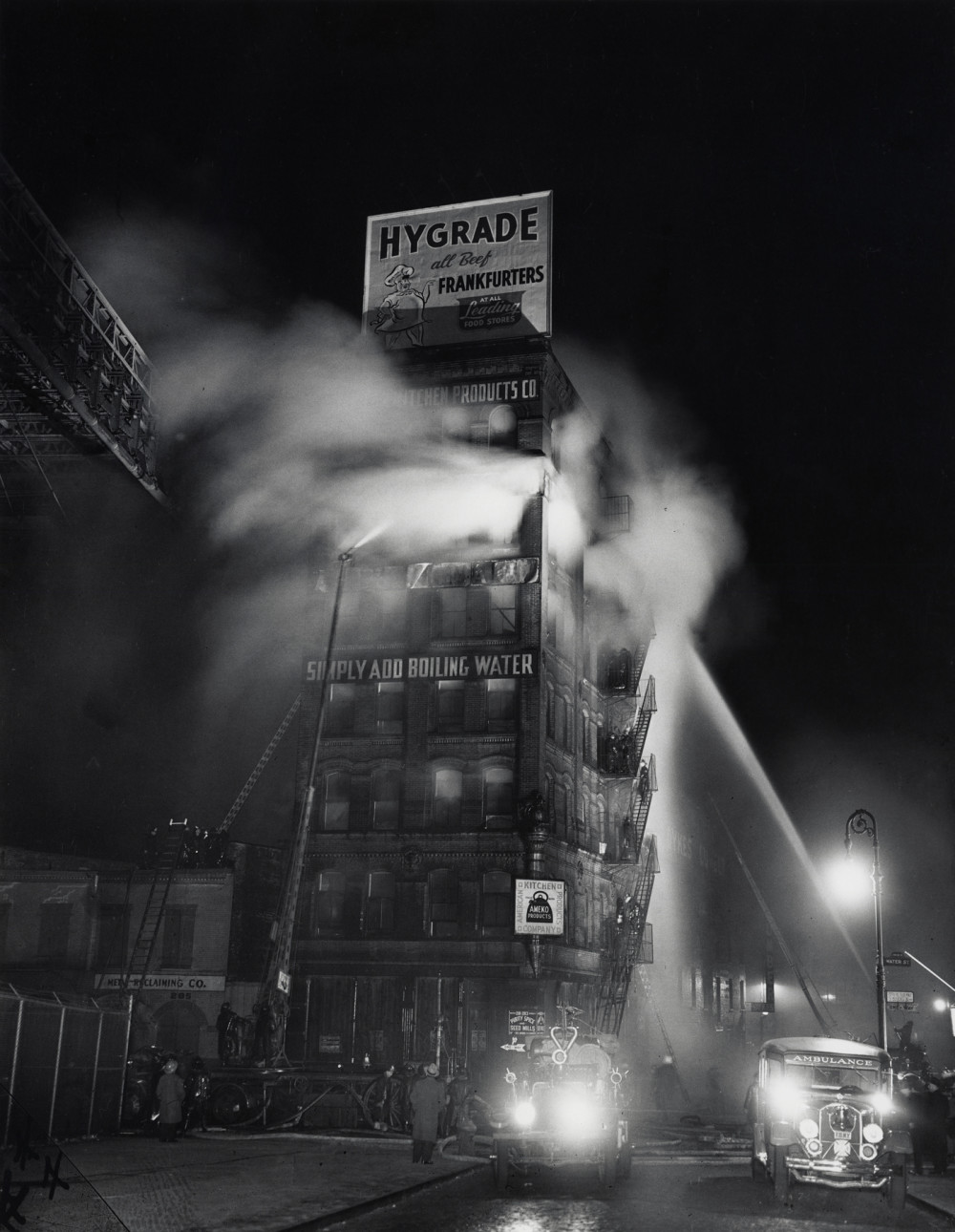 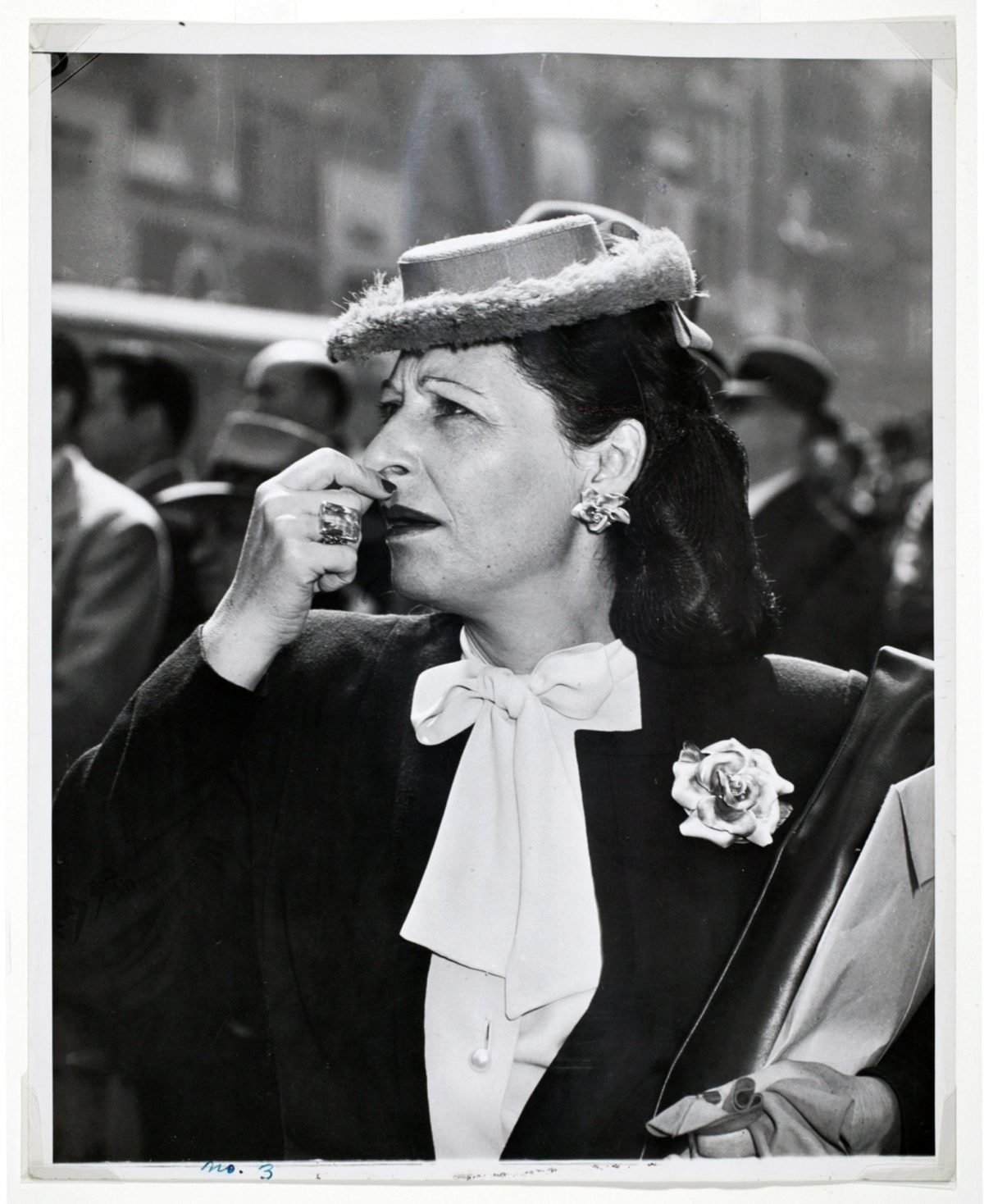 PM, June 7, 1944  – The Face of New York on Invasion Day
“The crowds in Times Square were serious yesterday – glad that D-Day had come and yet solemn at the thought of the boys in the fighting. Below you see some of the faces turned up toward the electric sign on the Times Building as bulletins of Allied progress were flashed out.” – Photos by Weegee, PM 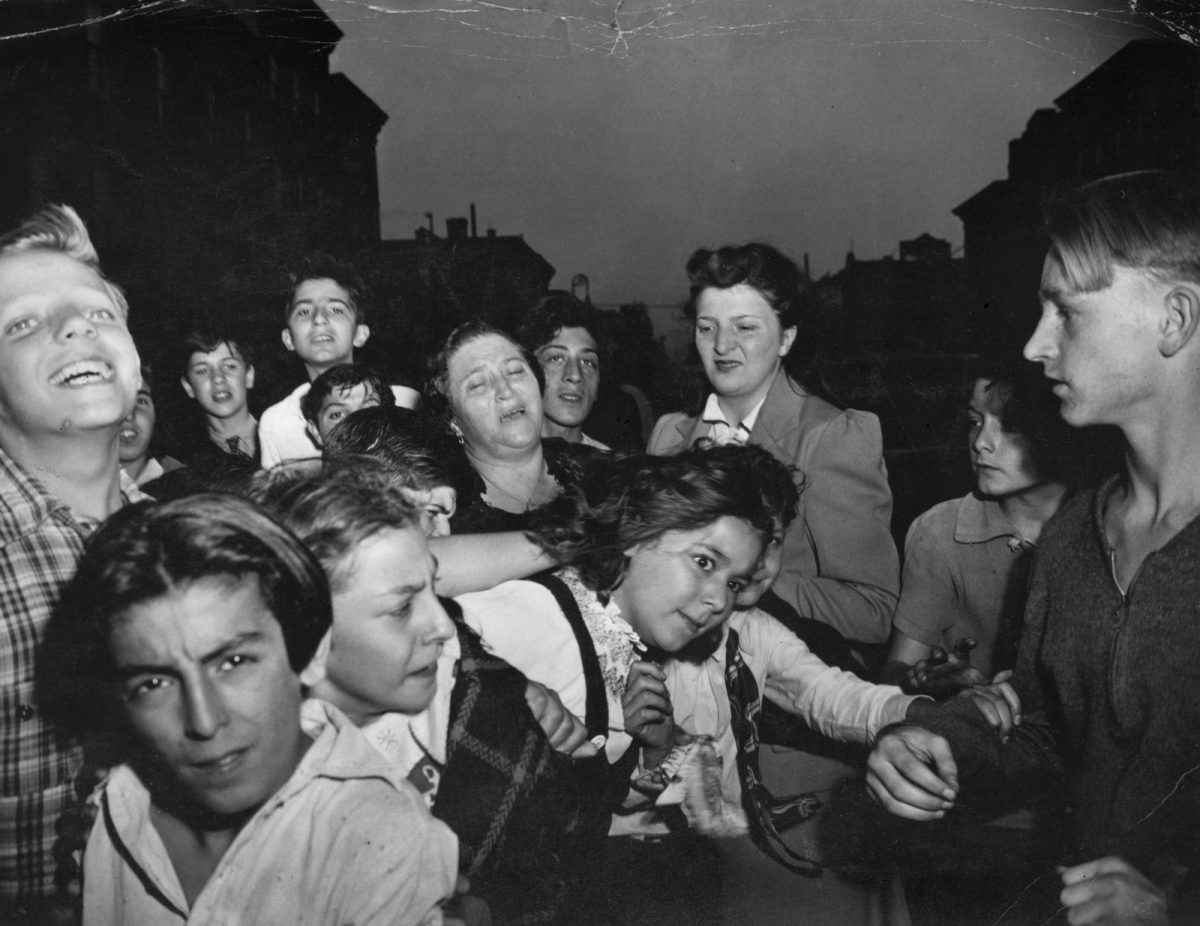 Weegee’s images led the news. One photo inspired PM newspaper to write the headline: “Brooklyn School Children See Gambler Murdered in Street”. On October 8 1941, Weegee was on the scene not long after Peter Mancuso was shot in the head and heart:

Pupils were just leaving P.S. 143, in the Williamsburg section of Brooklyn, at 3:15 yesterday when Peter Mancuso, 22, described by police as a small-time gambler, pulled up in a 1931 Ford at a traffic light a block from the school. Up to the car stepped a gunman, who fired twice and escaped through the throng of children. Mancuso, shot through the head and the heart, struggled to the running board and collapsed dead on the pavement. Above are some of the spectators. The older woman is Mancuso’s aunt, who lives in the neighborhood and the boy tugging at the hair of the girl in front of him is her son, hurrying her away. Below is what they saw as a priest, flanked by an ambulance doctor and a detective, said the last rites of the Church over the body.
PM, October 9, 1941, p.15 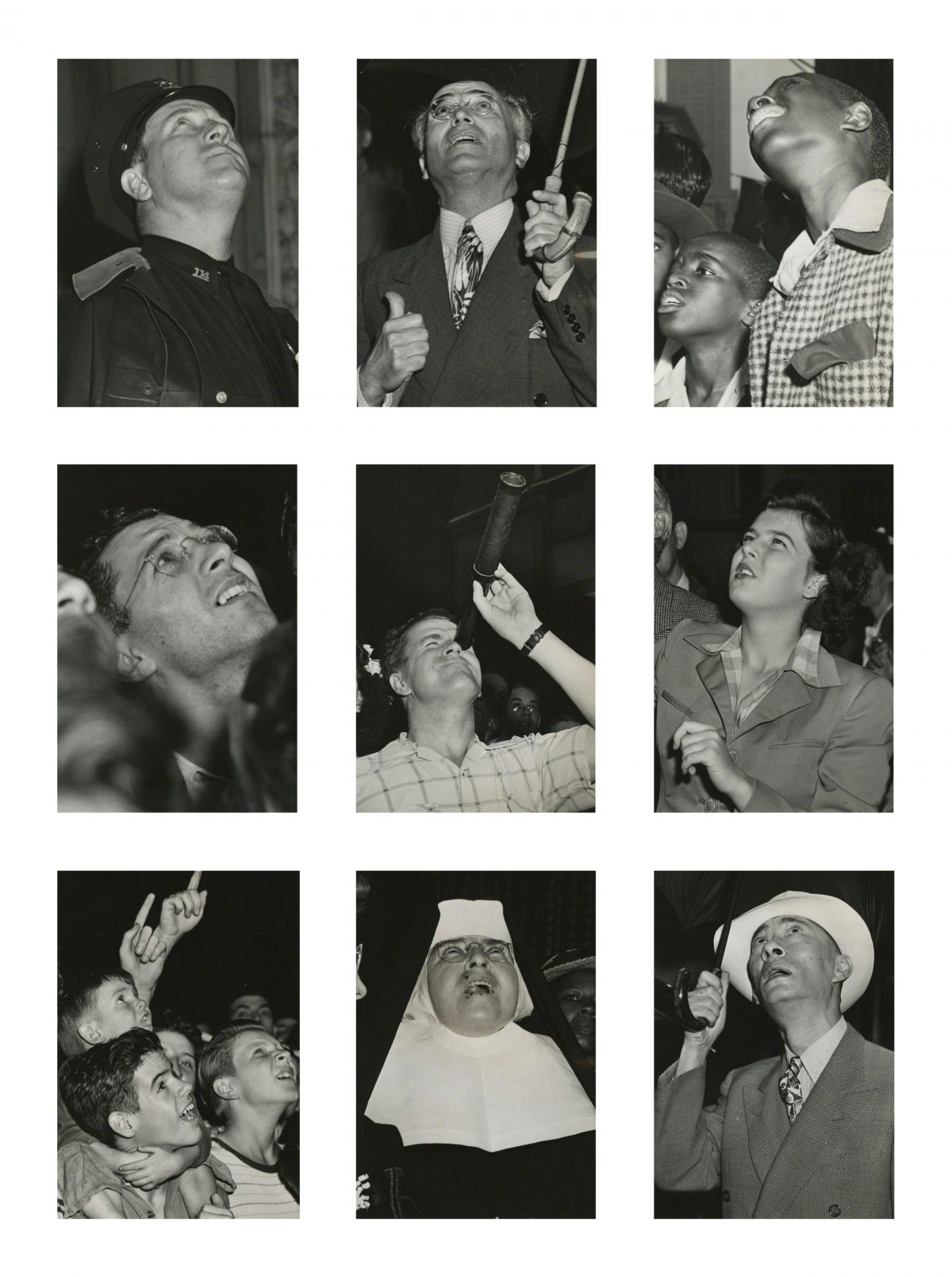 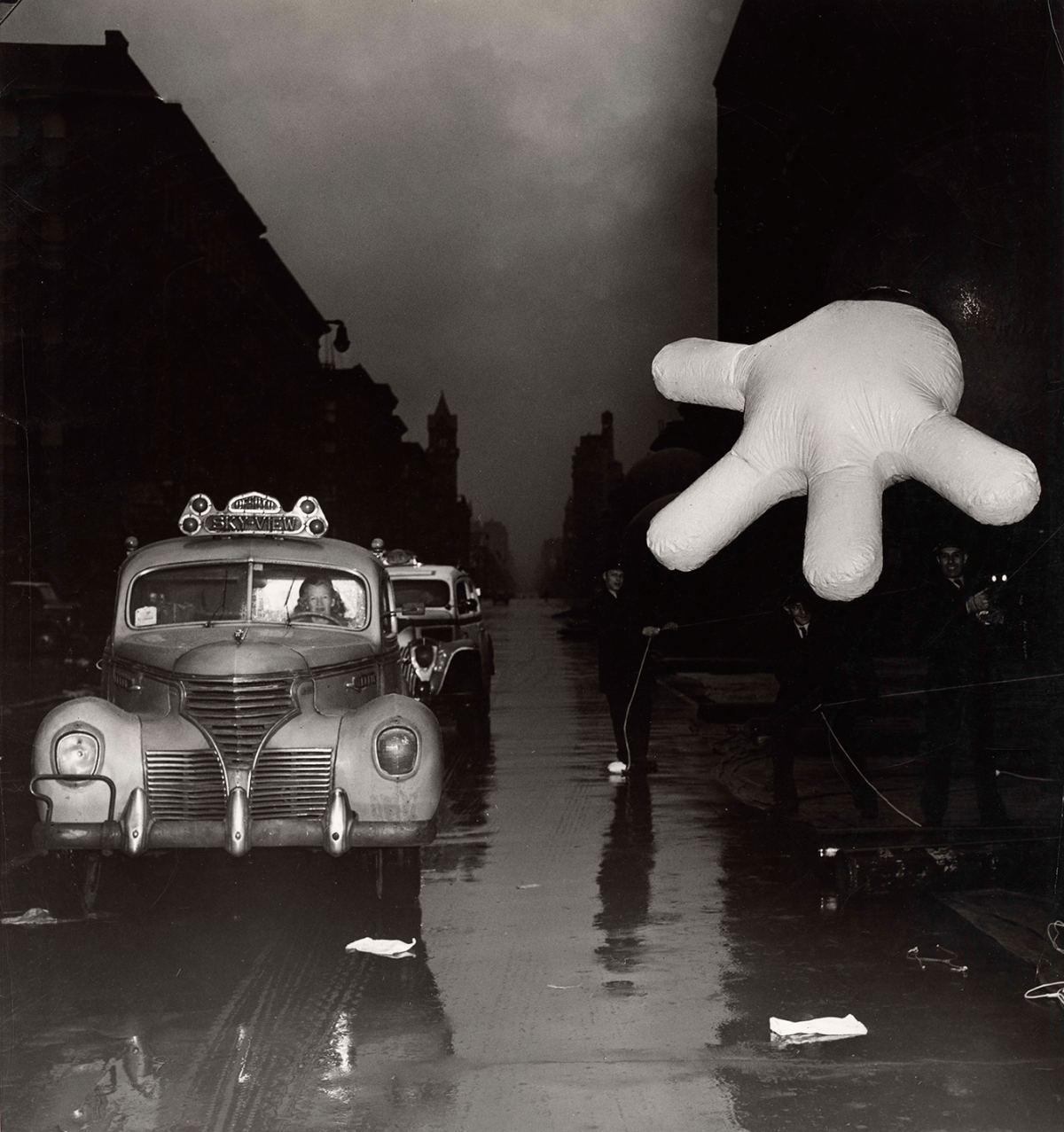 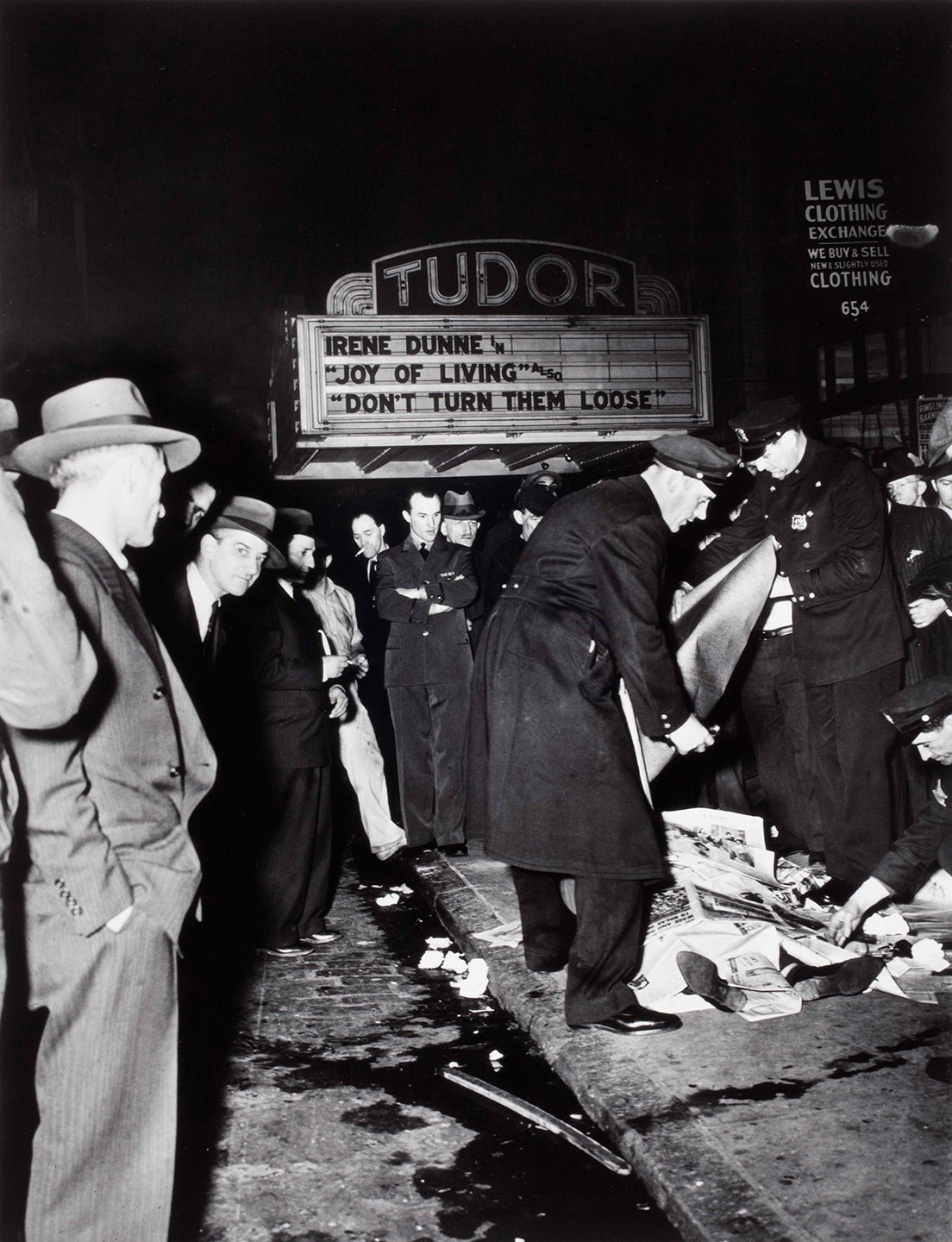 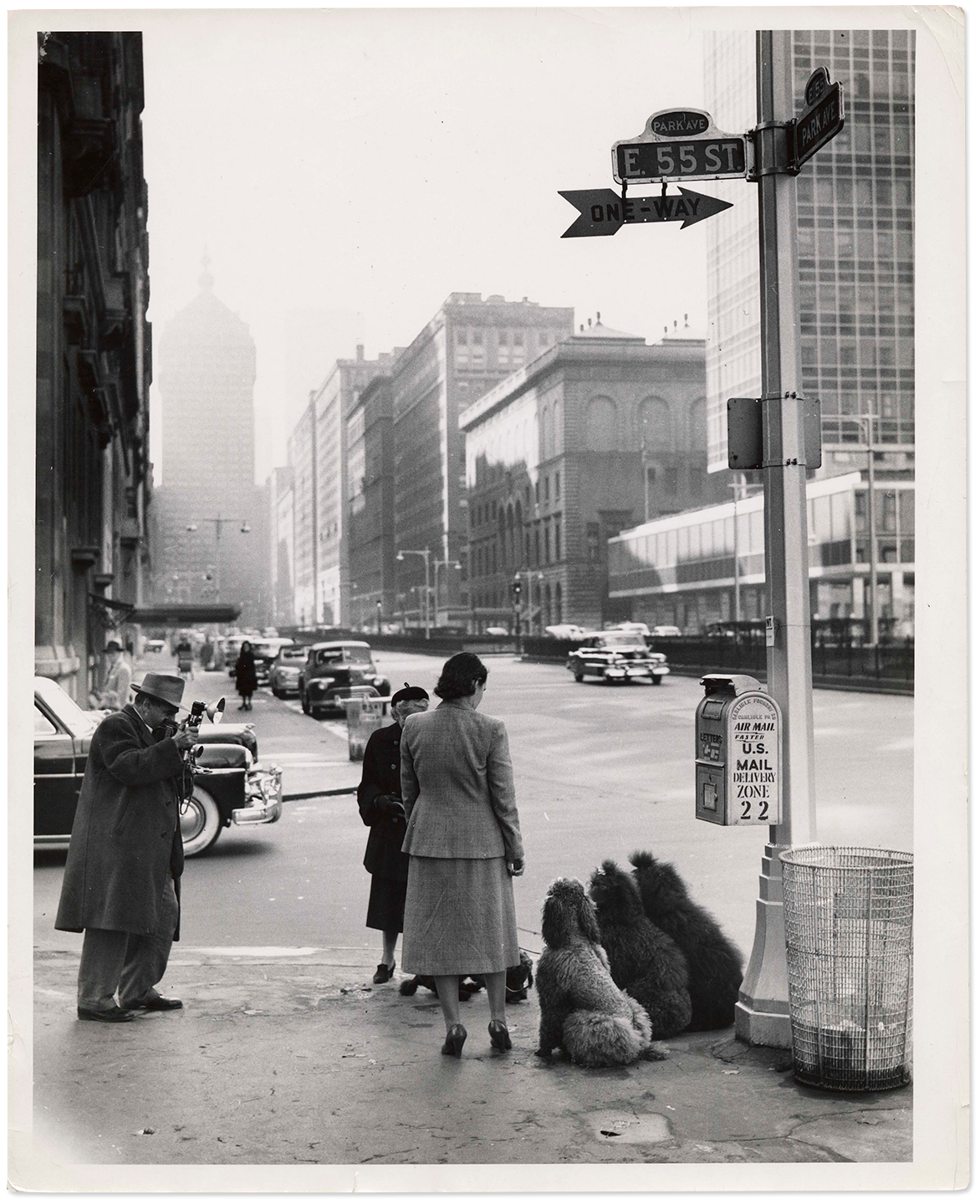 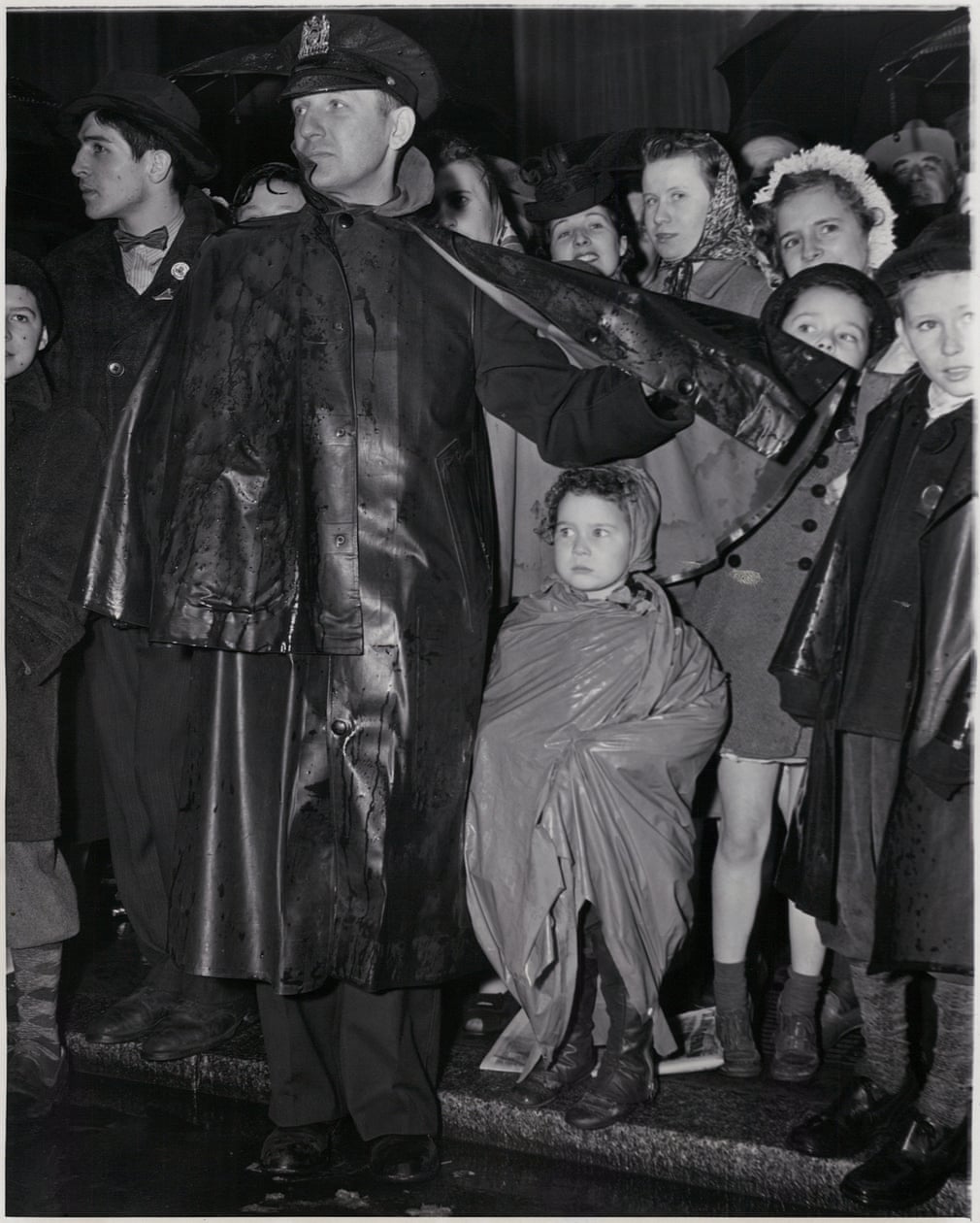 A crowd gathers around the body of a man killed in a fracas on Mulberry Street in New York City on Sept. 21, 1939 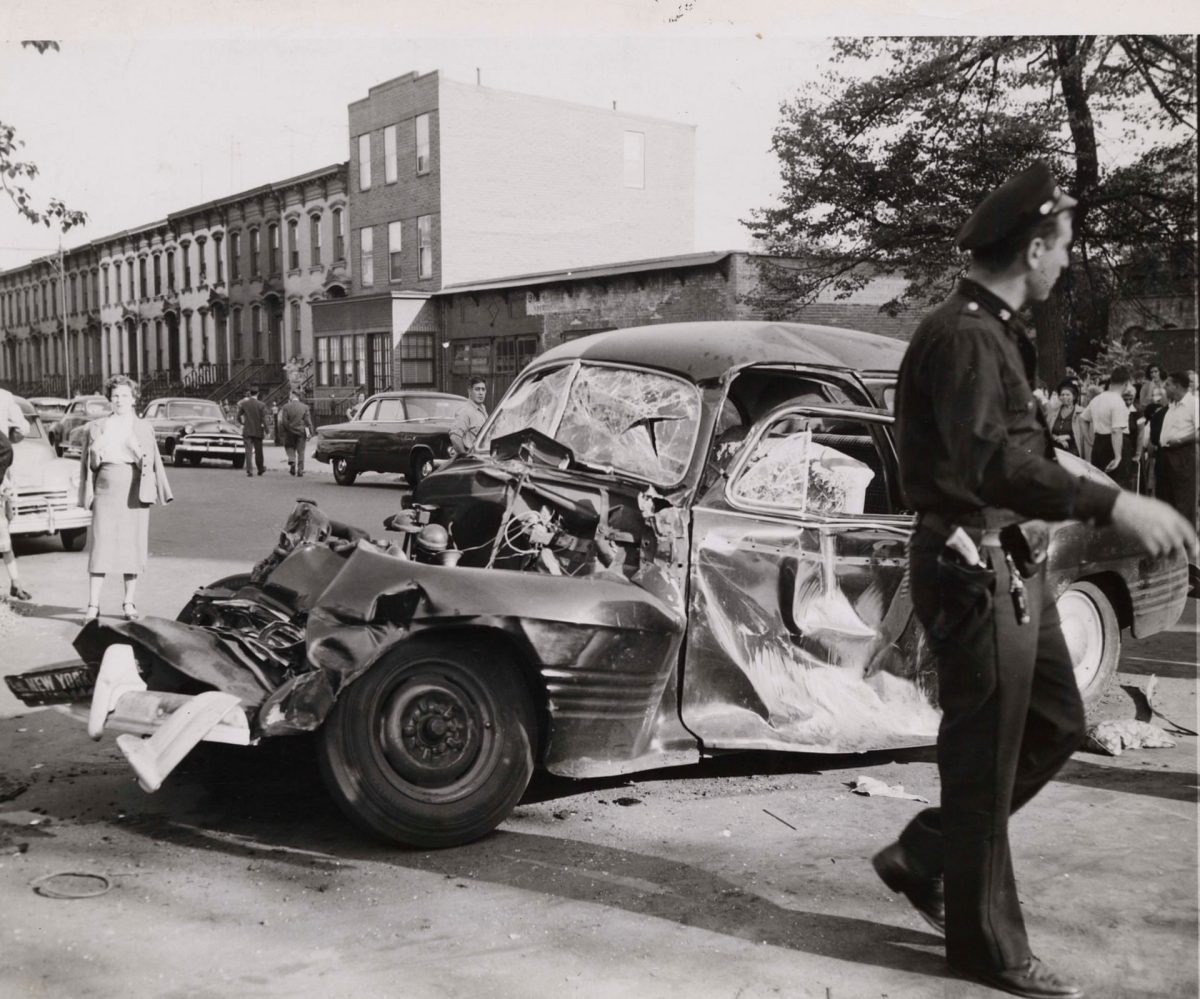 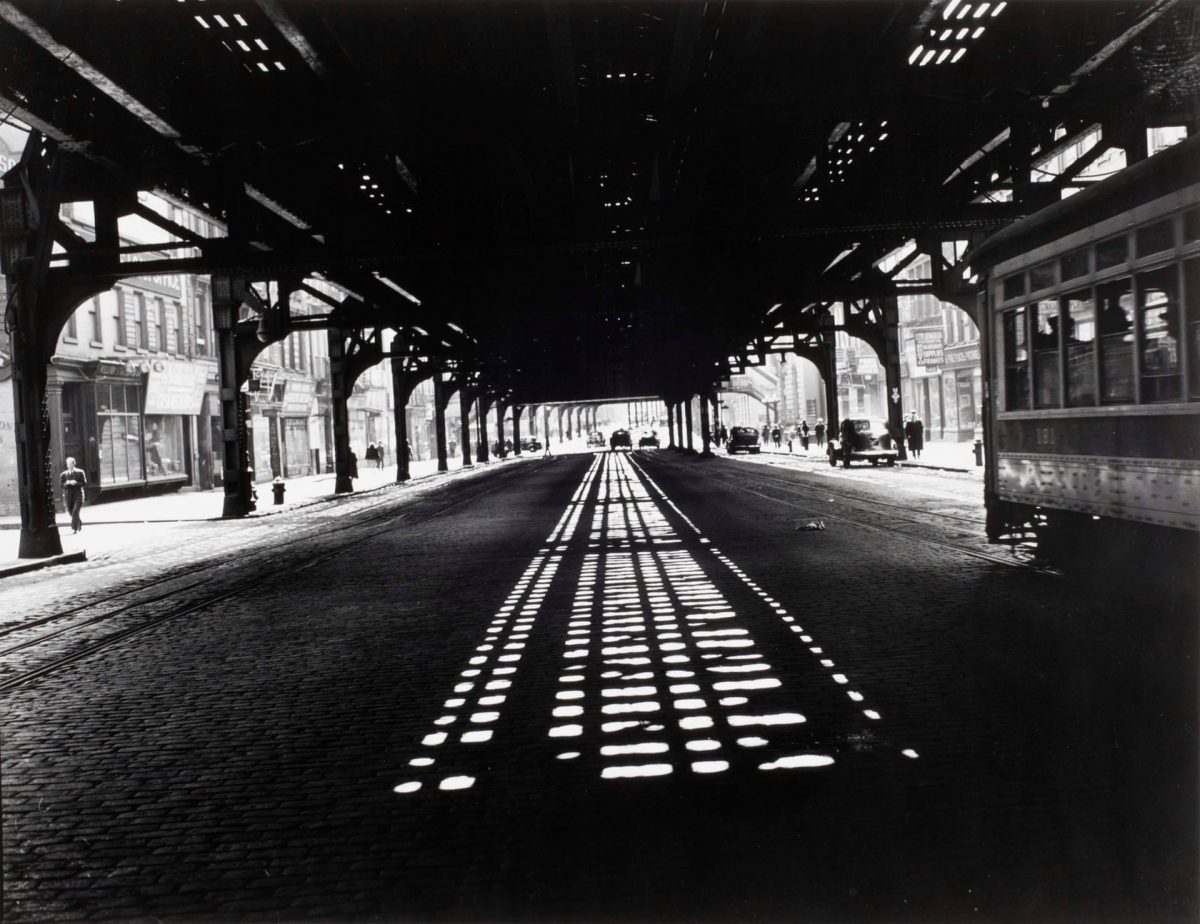 Under the Third Avenue Elevated, 1938 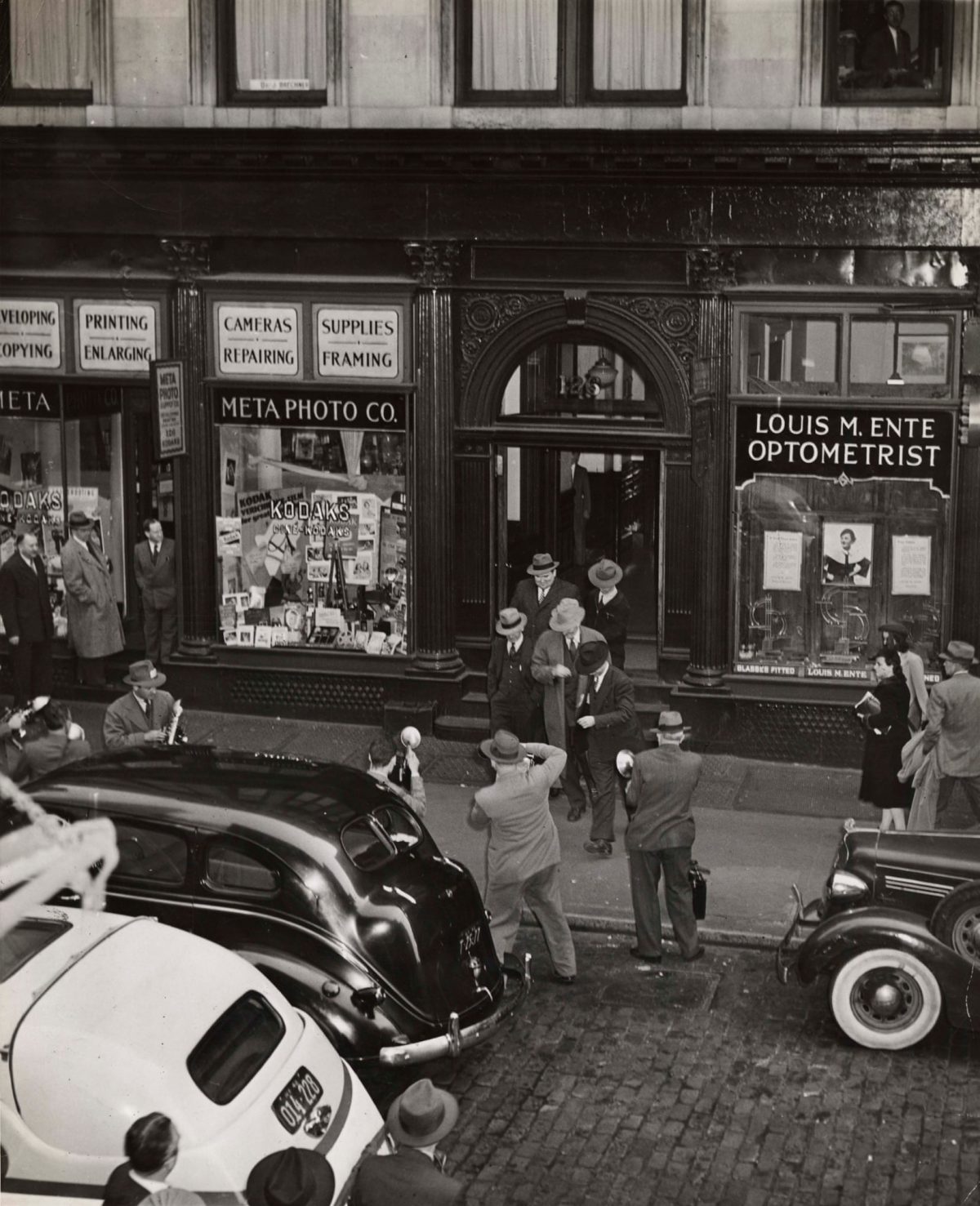 Arrests made during a gambling raid in lower Manhattan’s Liberty Street, October 1942 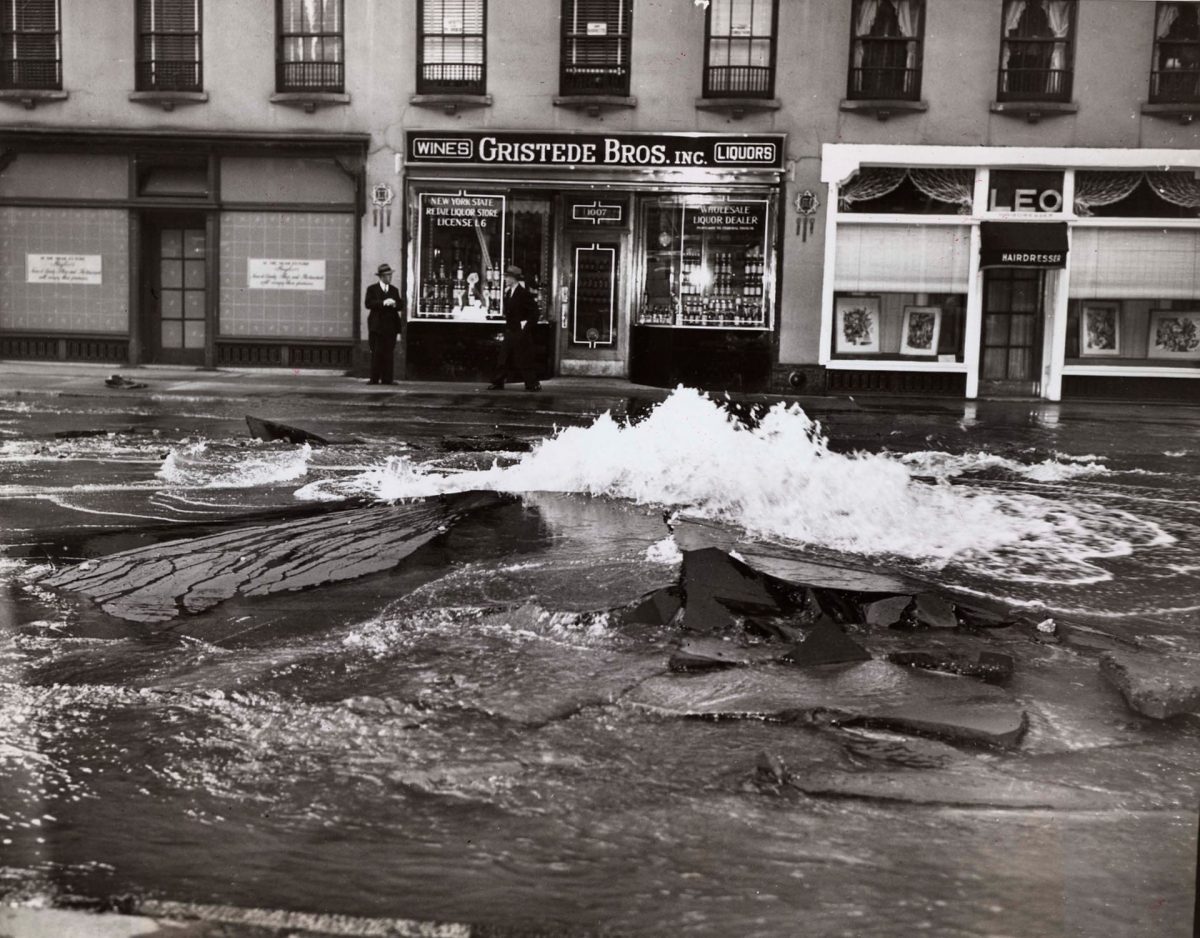 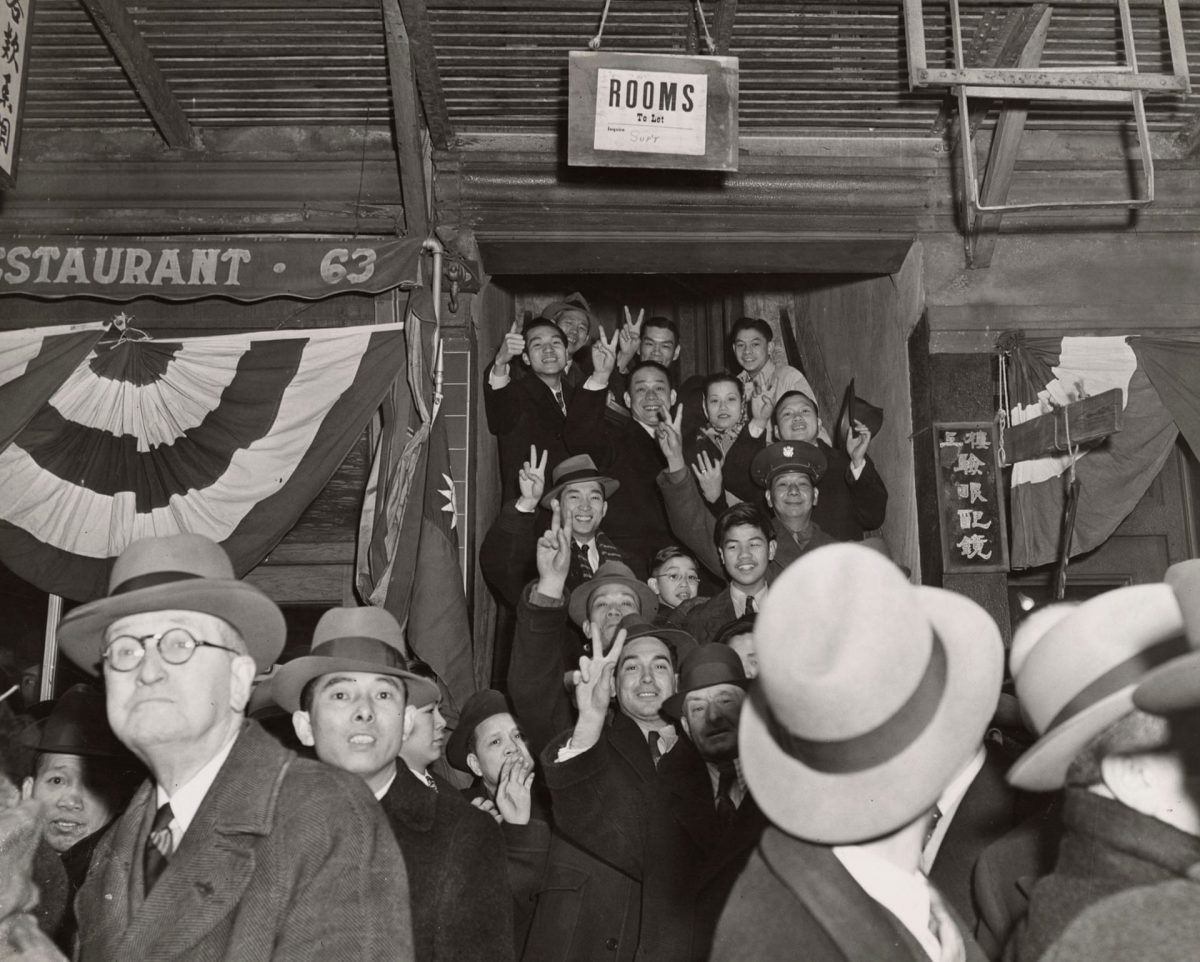 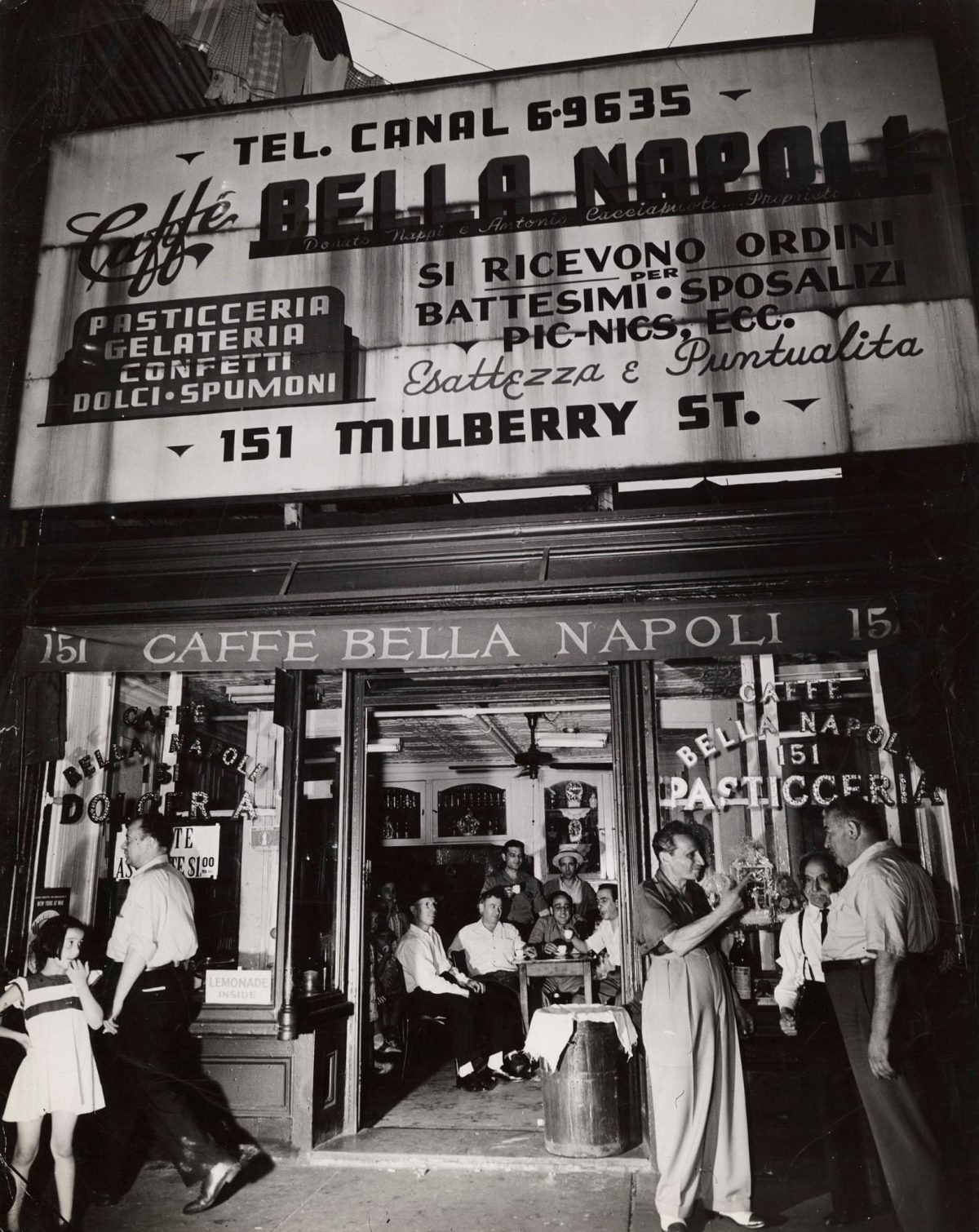 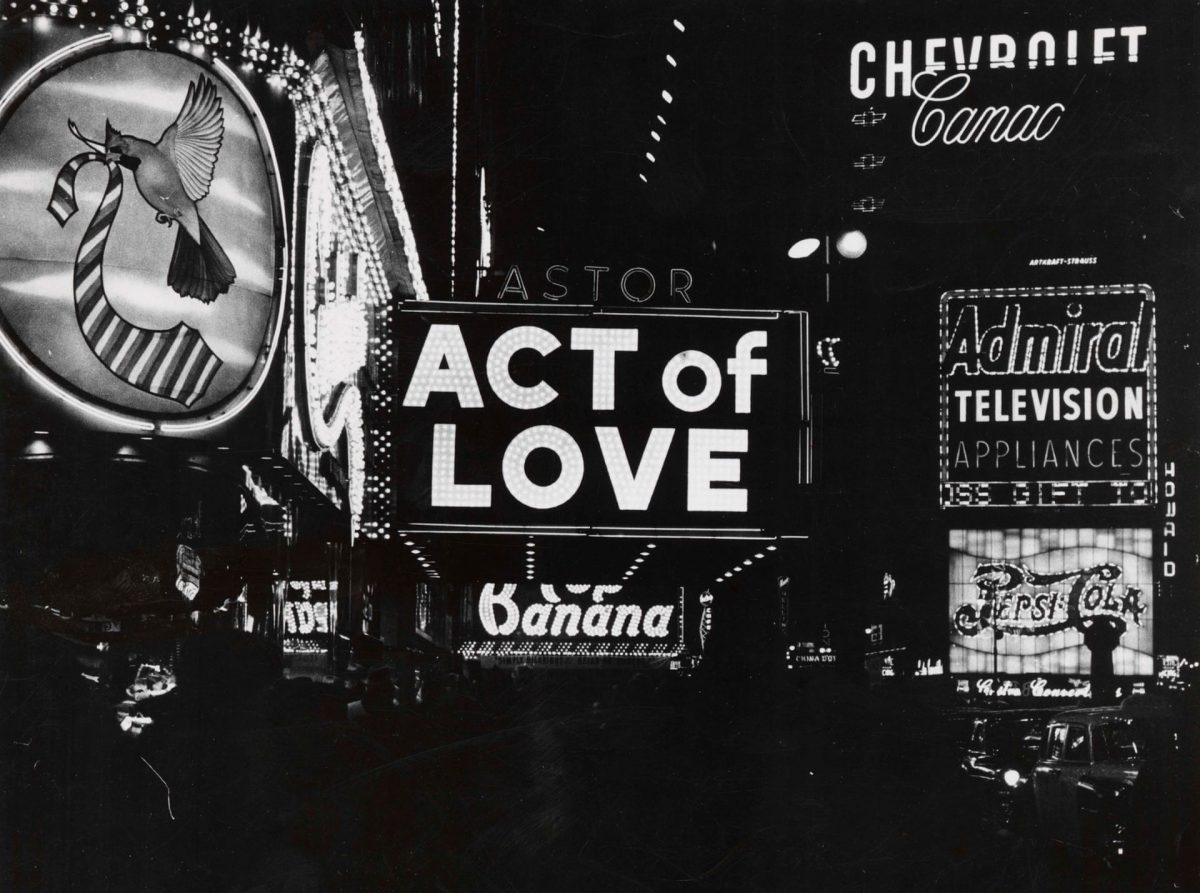 Act of Love at the Astor Theatre, Times Square, 1954 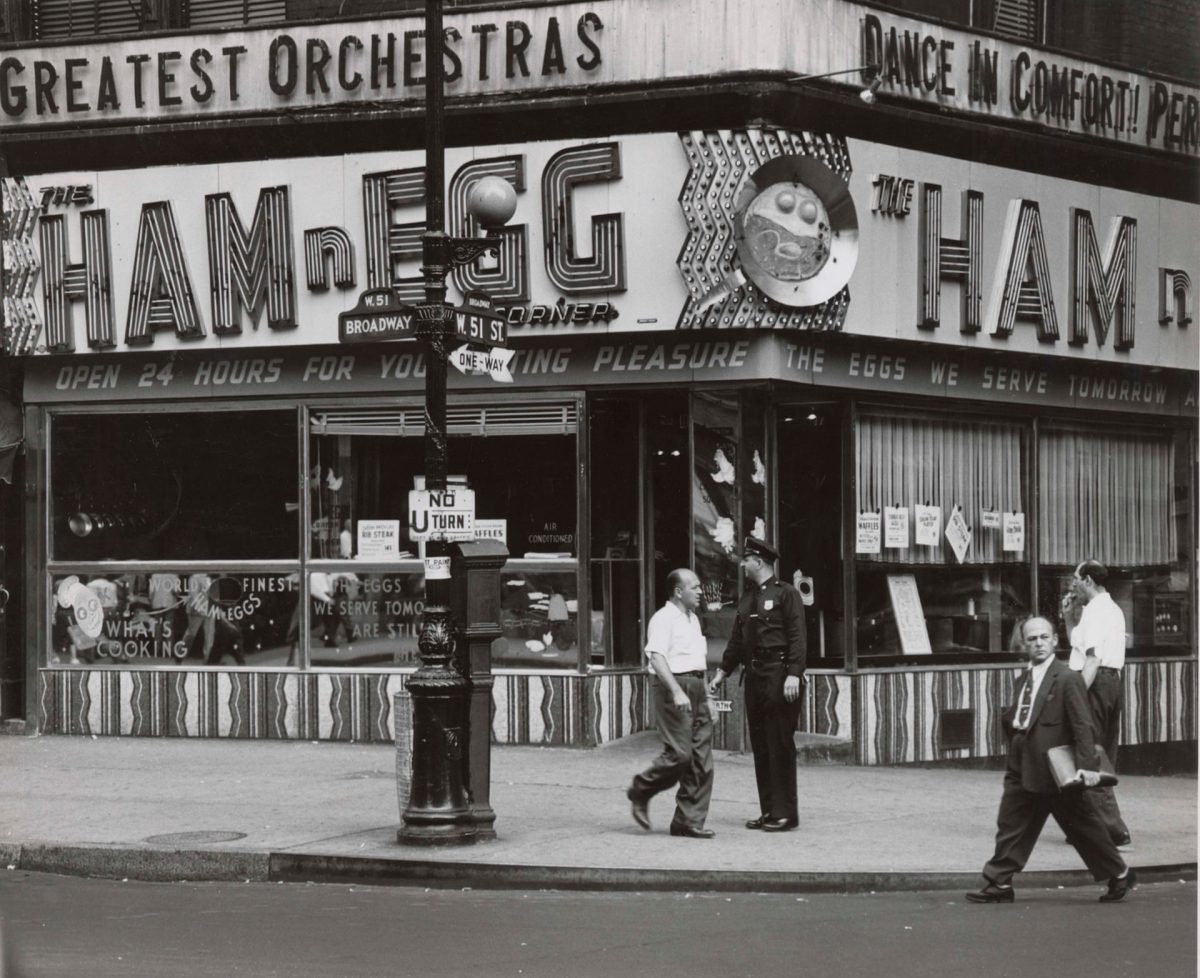 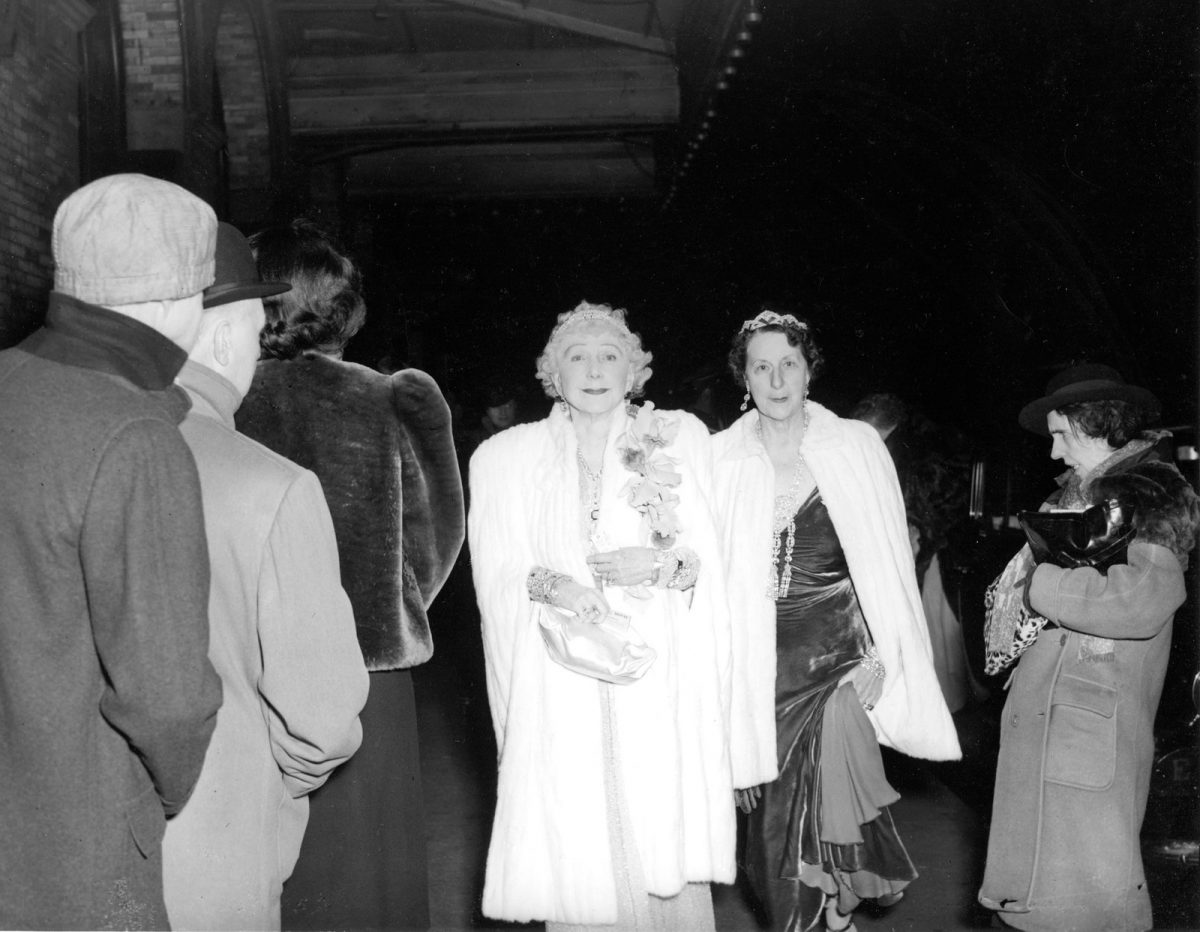 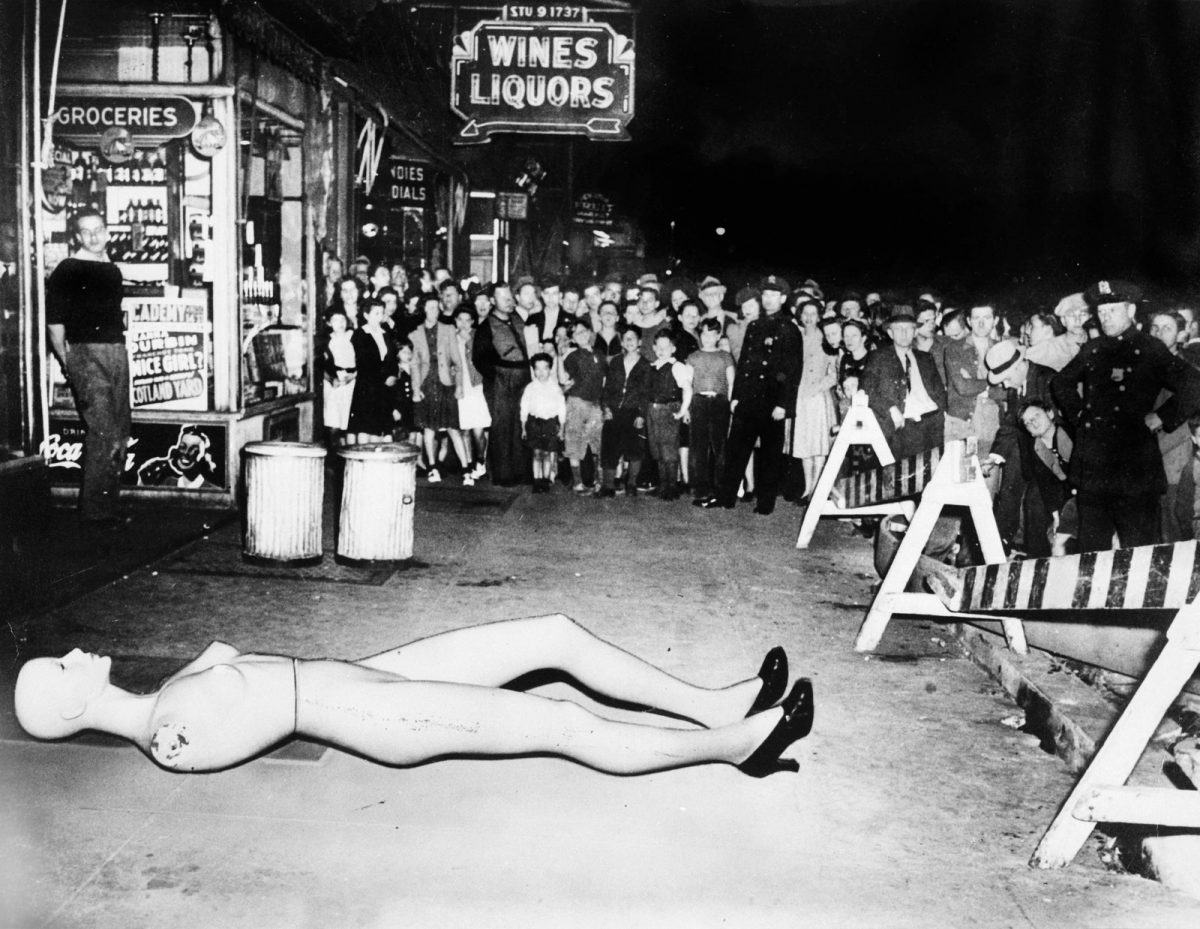 Images via: The International Center of Photography