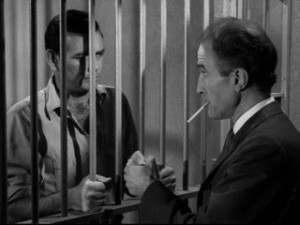 The Quinn Martin TV series The Fugitive (1963 – 1967)  may just be one of the most influential TV programs in the medium’s history.

The series ran for four highly-rated seasons on ABC, and told the story of Dr. Richard Kimble (David Janssen), a man wrongly accused of his wife’s murder

After escaping his captor, Lt. Gerard (Barry Morse), Kimble hit the road in search of the one man who could clear him, his wife’s real murderer: The One-Armed Man (Bill Raisch).

Inspired perhaps, in part by Victor Hugo’s Les Miserables (1862), The Fugitive nonetheless firmly established a format that was rigorously — even ritualistically — repeated by several TV series that followed.

Key elements of this oft-utilized format include the innocent protagonist wrongly accused or targeted by the Establishment, the Hapless Pursuer (who pursues but never catches his quarry), and “the mission” that would bring the crisis to a resolution when completed.

Similarly, on a weekly-basis The Fugitive found Kimble helping people in need while on the run. So while evading his pursuer, he was also helping to solve the problems of those he encountered.

Finally, there were virtually no standing sets on The Fugitive, as Kimble could never stay in any one place too long.

All these ingredients are also re-purposed in the following knock-offs. 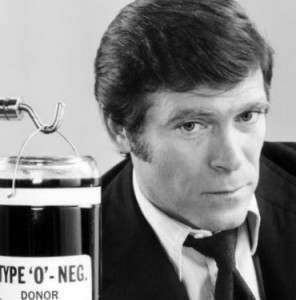 In this short-lived series, a test car driver, Ben Richards (Christopher George) is learned to possess a rare blood-type, O-Negative, that renders him immune not only to all diseases, but to the aging process itself.

Richards is virtually immortal, with the capacity to live a life-span of several hundred years.  A ruthless billionaire, Arthur Maitland (David Brian) covets this longevity, and sends out his henchman, Fletcher (Don Knight) to pursue Richards and bring him back, so Maitland will have access to his blood, and immortality.

In this scenario, Ben Richards is the every-man and innocent who is targeted, Fletcher is the hapless pursuer, and the quest or mission is to escape Maitland and stay alive on the run. 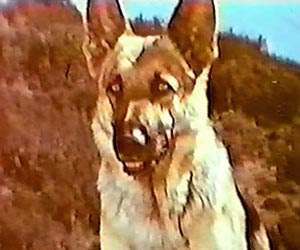 This Saturday morning TV series is undoubtedly one of the most unusual knock-offs of The Fugitive. Here, a German shepherd named Joe who works for the American military K-9 unit is wrongly-accused for attacking his master, Sgt. Corey. But Joe is innocent of the charge, even though military authorities seek to euthanize him for his trespass.

Realizing his days are numbered, the clever canine escapes from his masters, and hits the open road in America, helping strangers every day, and attempting to stay one step ahead of the military police, who have placed a bounty on his head.

Meanwhile, Sgt. Corey (our hapless pursuer) knows that his dog is innocent of the charges, and pursues him, hoping to bring Joe safely home. 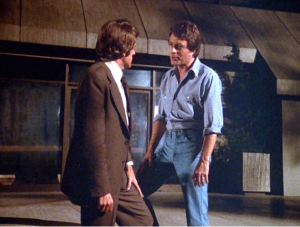 If you are a fan of Marvel’s The Hulk in comic-book form, the TV version of the material is quite a surprise, given that the Big Green Guy’s origin has been altered so that his story more closely resembles that of Dr. Richard Kimble than Bruce Banner.

In this case, Dr. David Banner (Bill Bixby) — a scientist in mourning over the death of his wife in a car accident — conducts an unsupervised experiment with his colleague, Dr. Marks, bombarding his body with high levels of gamma radiation.

This process transforms Banner into a giant green monster (Lou Ferrigno) during times of extreme anger.

Unfortunately, Banner’s hapless pursuer, a reporter for a rag called The National Register, McGee (Jack Colvin) causes an accident in Banner’s lab, causing it to explode. When Marks dies, McGee fingers the Hulk as the murderer, and now David Banner must go on the run, lest his alter-ego be caught. The rub is that he isn’t out to clear his name, but rather to destroy the monster within, which threatens to consume him. 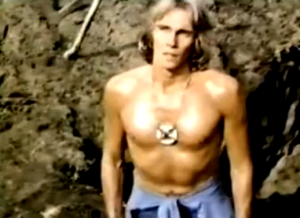 In this short-lived series, Judson Scott plays an ancient astronaut, Bennu of the Golden Light.  A native of the distant planet Eldebran, Bennu is unearthed in Peru in the late 20th century, and uses his Phoenix Amulet to augment his natural paranormal abilities, including levitation and astral projection.

Bennu is pursued by evil Justin Preminger (Richard Lynch), the hapless pursuer who wants to understand his secrets, while Bennu’s quest or mission takes him in search of his astronaut companion, named Mira.  Meanwhile, Bennu encounters friendly Earthling, and tries to help them solve their problems. 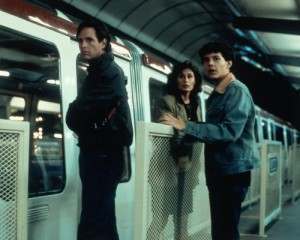 A virtual remake of The Phoenix as well as The Fugitive, this sequel to the 1984 John Carpenter film Starman finds the titular character returning to Earth and inhabiting the body of a deceased photojournalist (Robert Hays).

Starman comes to the aid of his teenage son, Scott (Chrisophter Daniel Banner), who is hoping to locate his missing mother, Jenny Hayden (Erin Gray).  On their quest across America, father and son are pursued by a determined government agent: George Fox (Michael Cavanaugh) 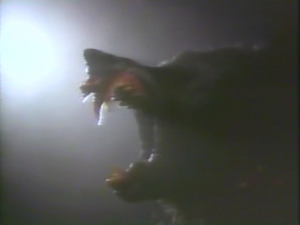 In this horror series broadcast by the fledgling Fox Network, a young man named Eric Cord (John J. York) is bitten by a werewolf, and cursed to become a lycanthrope himself on the nights of the full moon.

As in all good The Fugitive knock-offs, the innocent man, Cord, is pursued by a hapless pursuer, in this case a bounty hunter named Alamo Joe (Lance Le Gault). 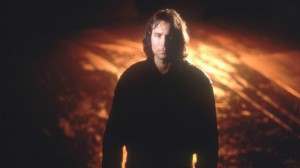 In this Fox series, Adam McArthur (John Corbett) is an alien-abductee returned to Earth after half-a-century away. His alien hosts have gifted him with miraculous healing abilities and telepathy, and now he roams America helping people in need. 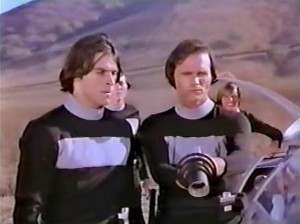 There are other series that appropriated elements of The Fugitive as well, though not quite so blatantly as the preceding examples. The TV version of Logan’s Run (1977), for instance, finds Logan (Gregory Harrison), Jessica (Heather Menzies) and an android REM (Donald Moffat) fleeing the City of Domes in the 23rd Century, pursued by a hapless pursuer named Francis (Randy Powell). Logan is wanted for evading the City’s laws, which mandates that people aged thirty must report to a ritual called Carousel. Logan’s mission on the series is to travel the post-apocalyptic landscape and discover Sanctuary, a place of safety where people can live into old age.

Even the Planet of the Apes (1974) TV series follows a similar pattern.  It is set on far-future Earth, with a chimpanzee fugitive, Galen (Roddy McDowall) and his two human astronaut friends, Burke (James Naughton) and Virdon (Ron Harper) fleeing authority in the form of Dr. Zaius (Booth Colman). The trio is pursued through human provinces by the hapless General Urko (Mark Lenard), and Virdon and Burke’s mission, at least unofficially, is to find human technology that can return the humans to their own period. 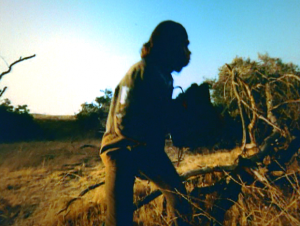 From a certain perspective, one might also conclude that Quinn Martin’s follow-up series, The Invaders (1968 – 1969) features key elements of The Fugitive.  Although no hapless pursuer is evident, David Vincent (Roy Thinnes) is solitary, Kimble-esque figure on the run from aliens hiding in human form, who have begun the process of colonizing Earth. His mission is to make someone — anyone — believe his story.