MEMORIES OF ZANZIBAR AND THE NIGHTS IGGY POP AND JOHNNY THUNDERS LEFT THEIR MARK ON FULHAM, LONDON. 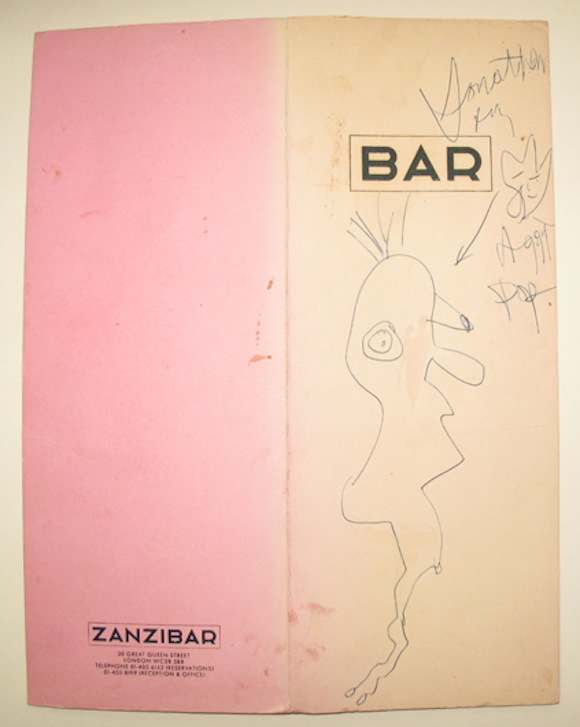 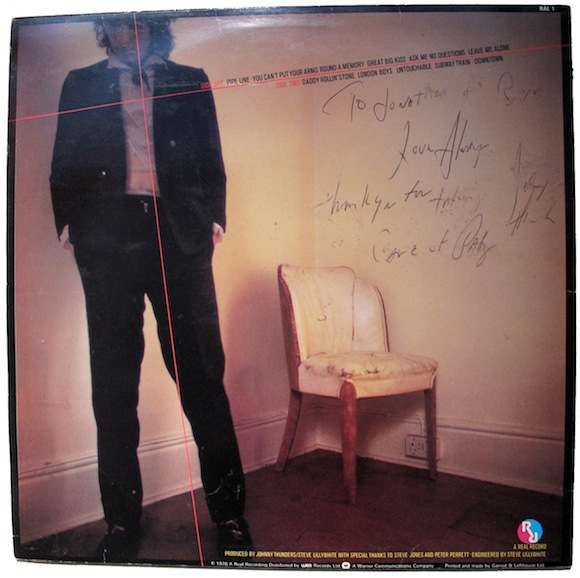 The west London house of collector/gallerist Jonathan Ross became a hive for the art/boho/punk crowd flooding the capital in the 70s.

Among the visitors were Johnny Thunders and Iggy Pop, who both left their marks in different ways.

Ross met Pop at Zanzibar, the chic nightspot at 30 Great Queen Street, Covent Garden, run by John Armit, Tchaik Chassay and Tony Mackintosh. The most notable flourish of the decorous interior – by Julyan Wickham – was the bar featuring inset mirrors, at the time a discreet reference to the drug of choice of the customers.

In fact, it was at Zanzibar that Ross sat for a portrait by his friend, the novelist/artist Isobel Strachey. 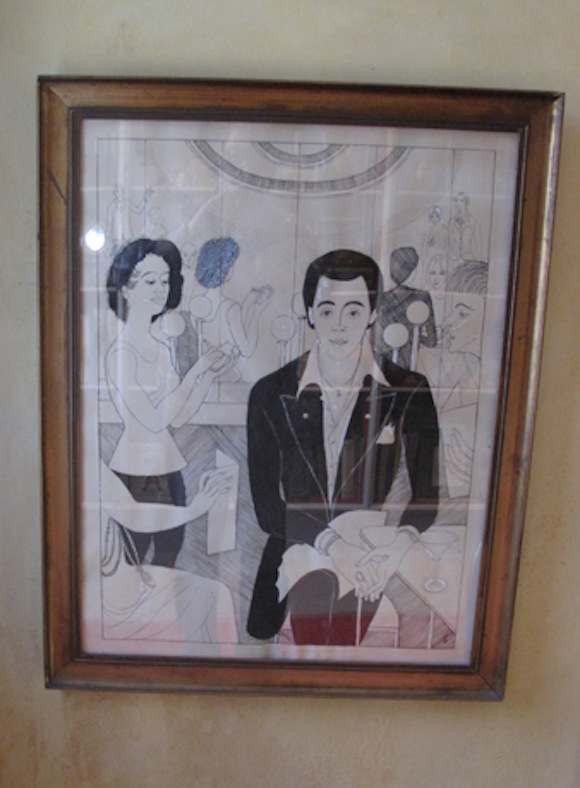 Ross at Zanzibar by Isobel Strachey. The profile on the right is that of Kensington Art Deco dealer John Jesse. Courtesy: Jonathan Ross

“Zanzibar was my favourite watering hole for several years – you met everyone there,” says Ross. “My mother once introduced me to Lucian Freud, I had drinks with George Melly and Felix Dennis tried to pick up my girlfriend. If the cocktails hadn’t been so darn good I could probably remember more. Just thinking about it I feel like getting high, putting on my  City Lights Studio suit and Johnson & Johnson shirt and calling a number from my little black book.”

Ross encountered Pop the evening after having witnessed his performance on The Idiot tour at north London venue The Rainbow in March 1977 (I was also there and still have the ticket, which brings back memories of my excitement not only at witnessing Iggy in full flight but also being absorbed by David Bowie quietly stealing the show by playing keyboards and singing back-up vocals, sporting a dress-down look: jeans, work boots, plaid-shirt and cloth cap). 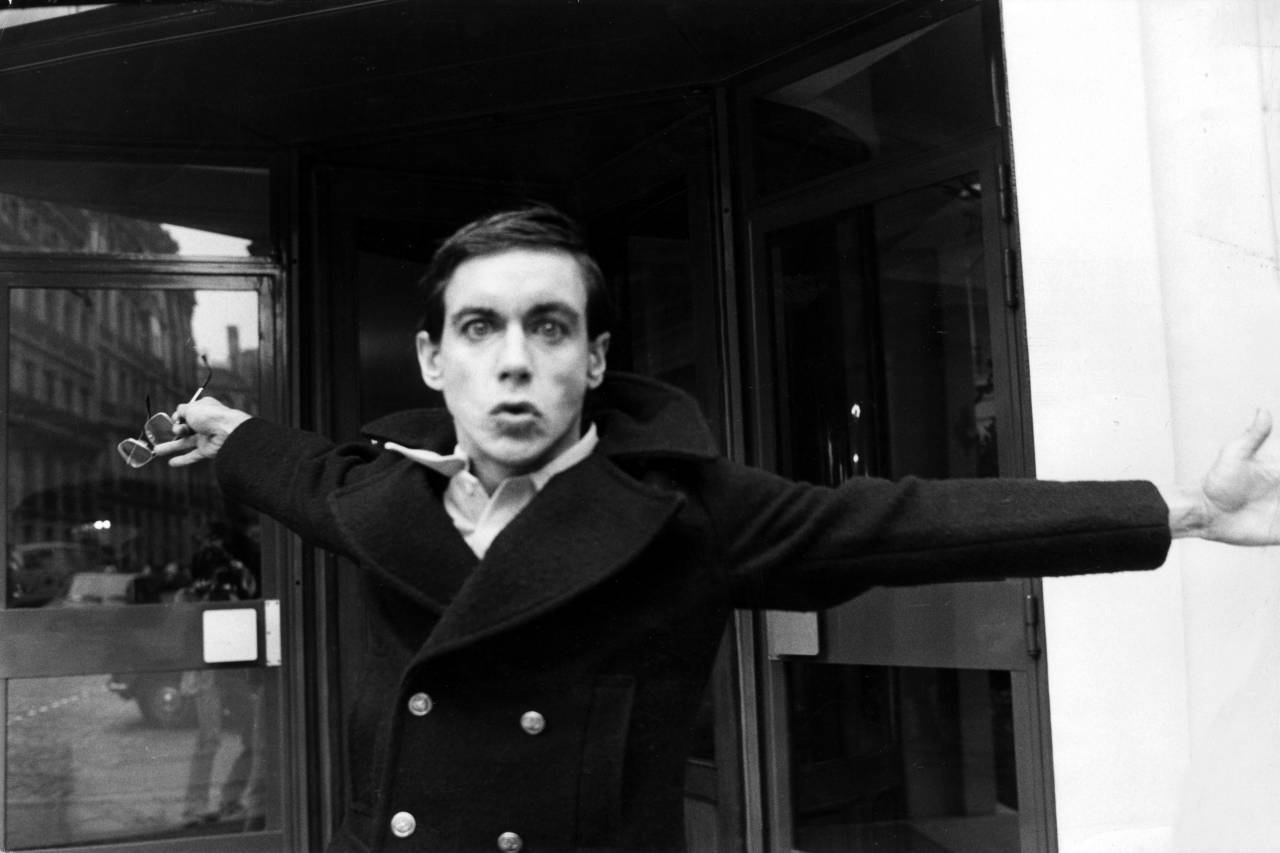 Photo by Sipa Press of Iggy Pop in Paris at the start of the European tour , 1977

“When I spotted Jimmy O (Pop’s real name is James Osterberg) at Zanzibar I asked the manager if he would get his autograph for me,” says Ross. “He beckoned me over and as we got chatting, I mentioned that (American performer) Judy Nylon was staying with me, so he said he would like to come over and say hello.

“His chauffeur-driven car parked outside my terraced house in Fulham and he came in, immediately took off his shirt and asked if I had any of his records. Raw Power went on the deck and we spent a few hours listening to him talk. Unfortunately I was out of film for my camera so no evidence – apart from the signed Zanzibar menu – survives.” 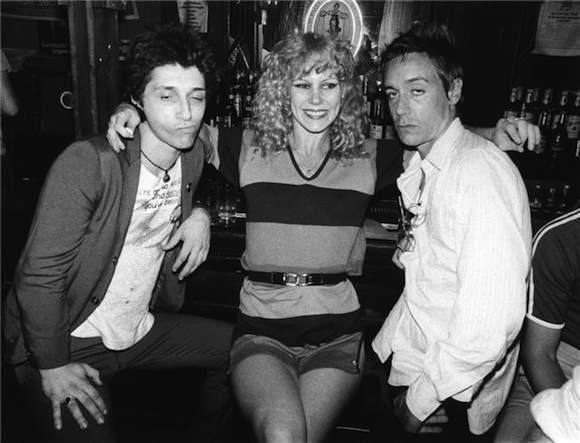 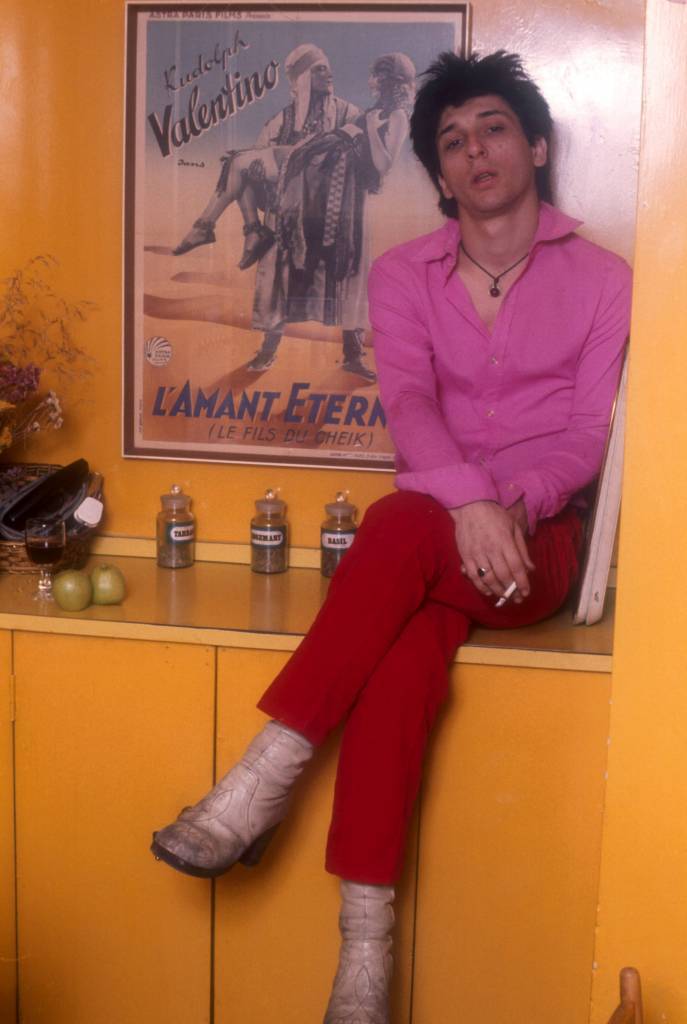 Eighteen or so months after Pop’s visitation, another founding punk figure dropped by Ross’s place. Johnny Thunders had recently celebrated the release of his solo album So Alone, whose contributors included Nylon and others in Ross’s circle such as Chrissie Hynde and Patti Palladin. 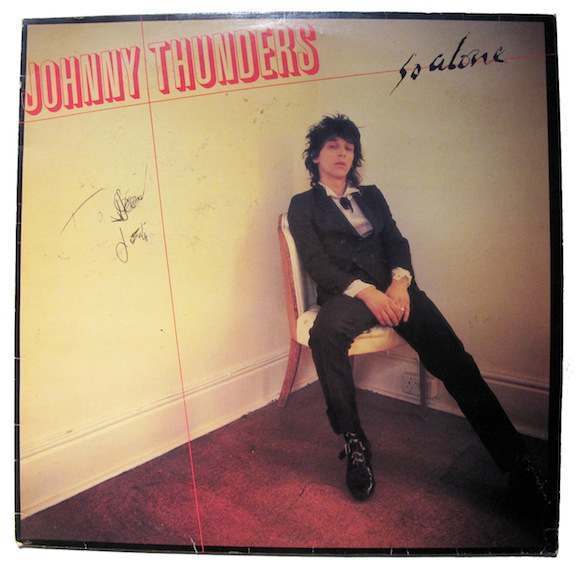 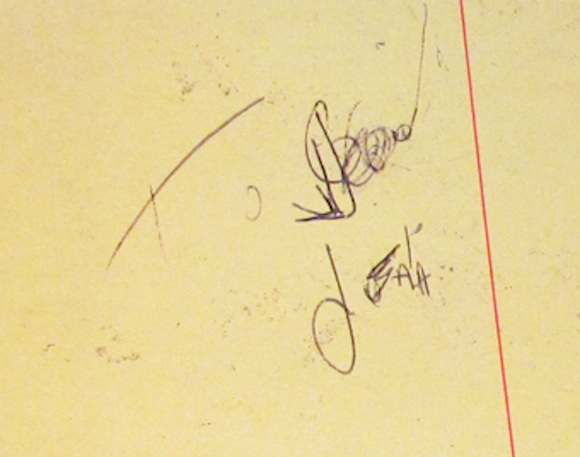 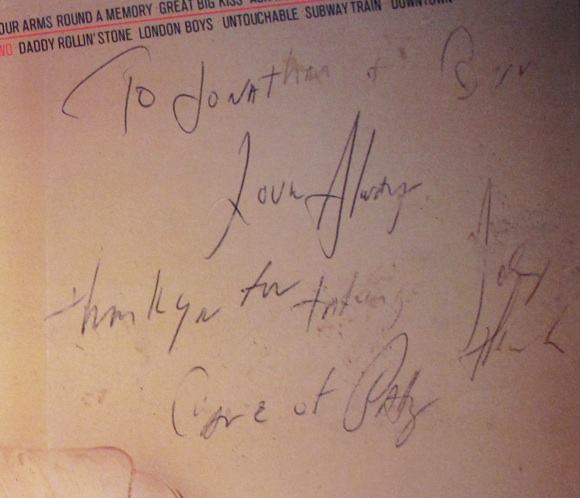 From the back cover. Courtesy: Jonathan Ross

Thunders signed Ross’s copy of the album (after a false start on the front) and thanked him for the hospitality extended to fellow New Yorker Palladin.

The guitarist stayed the night and in the morning, the You’re Gonna Wake Up t-shirt Ross had bought from Sex a few years earlier had disappeared. Thunders had a penchant for the design, having been photographed in a couple of variations, although not that I have seen in his host’s that night – Ross’s had the word “cock” spelt out diagonally in capital letters – so the jury is still out as to wether another sticky-fingered soul helped themselves.