“I suppose there has been nothing like the airports… nothing quite as lonely, as sombre-silent… The young people look at the planes, the older ones look at the passengers with a watchful incredulity” – F. Scott Fitzgerald 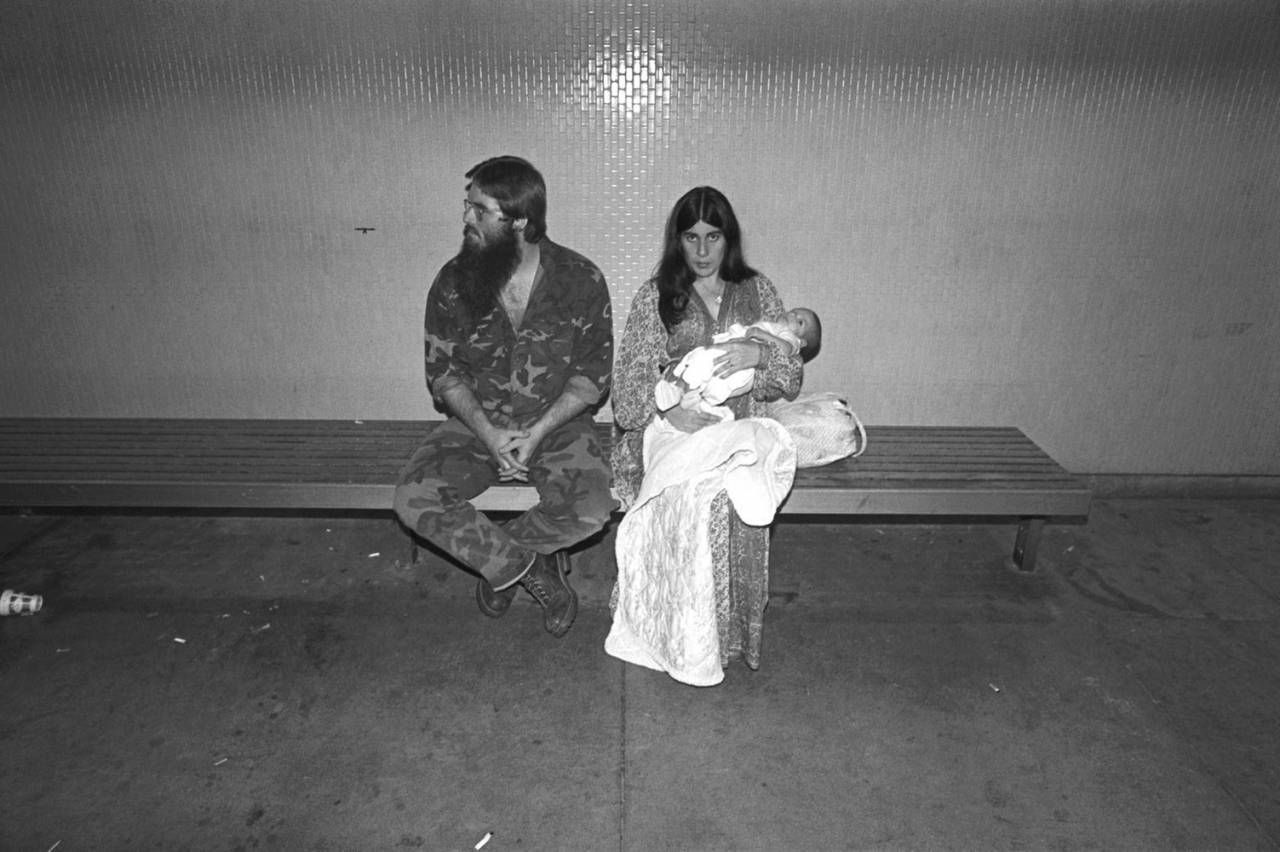 John Brian King takes us back in time to Los Angeles International Airport in the early 1980s.

“I had to get very close to people to get what I wanted, but then I quickly moved on (or, in many instances, they moved on, in their rush to flee the airport),” he recalls. “I was polite but determined; I didn’t have any altercations with anyone, but they were usually too stunned to realize what had happened when I walked away.”

There is something of the not-quite-alive hospital vibe about a large city airport, an hermetic and confining place of regulated routes, where people mill around awaiting voices of faceless certainty to tell them what to do and where to go. Free will dies at the airport. The brain takes a holiday is these antiseptic sprawling towns where process and officialdom rule utterly. Cult leaders and dictators looking to keep the supplicants and citizens in a state of perpetual compliant limbo should employ airport architects to build their temples and civic centres.

King’s pictures capture this essence of helplessness and waiting humanity. 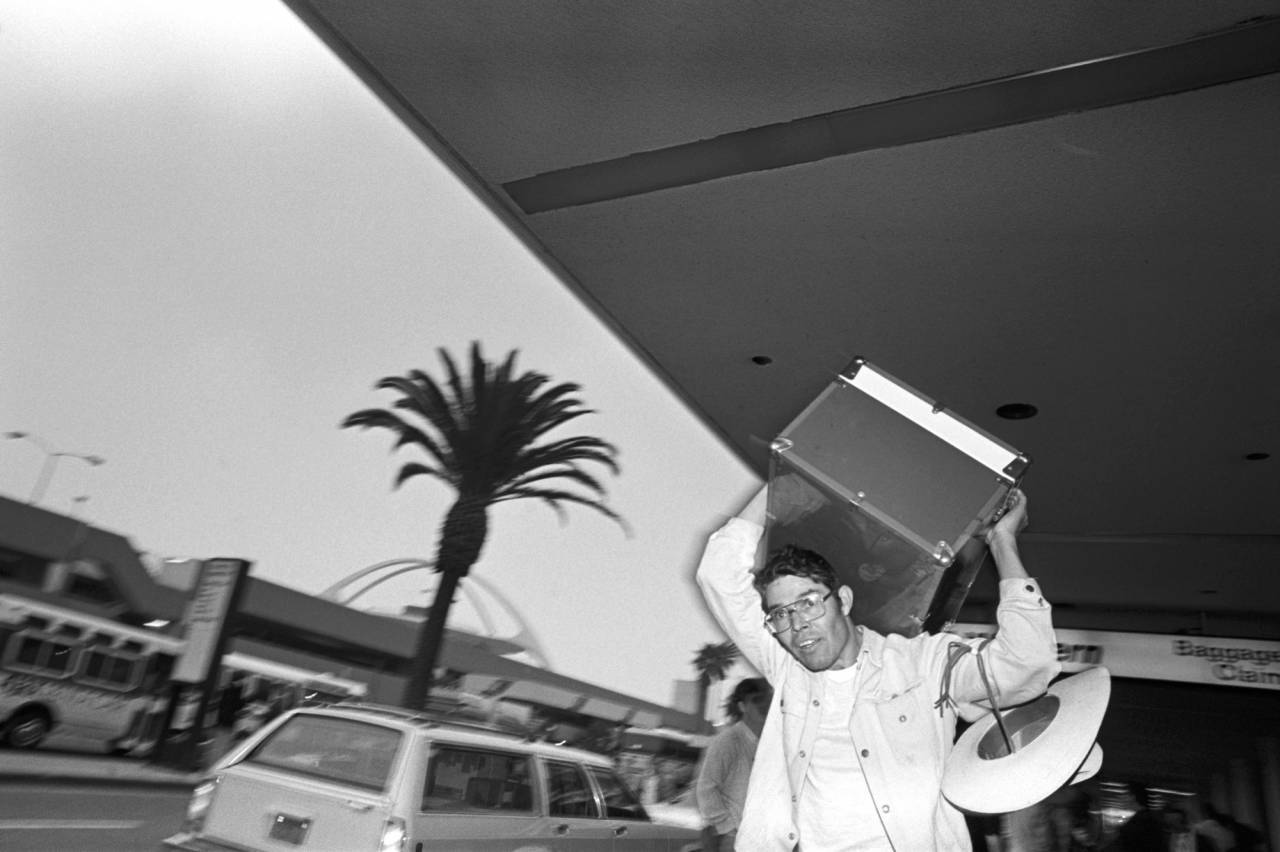 A vapour trail from A to B, away from normal sanity. It all seems so absurd to me. – The Specials, International Jetset 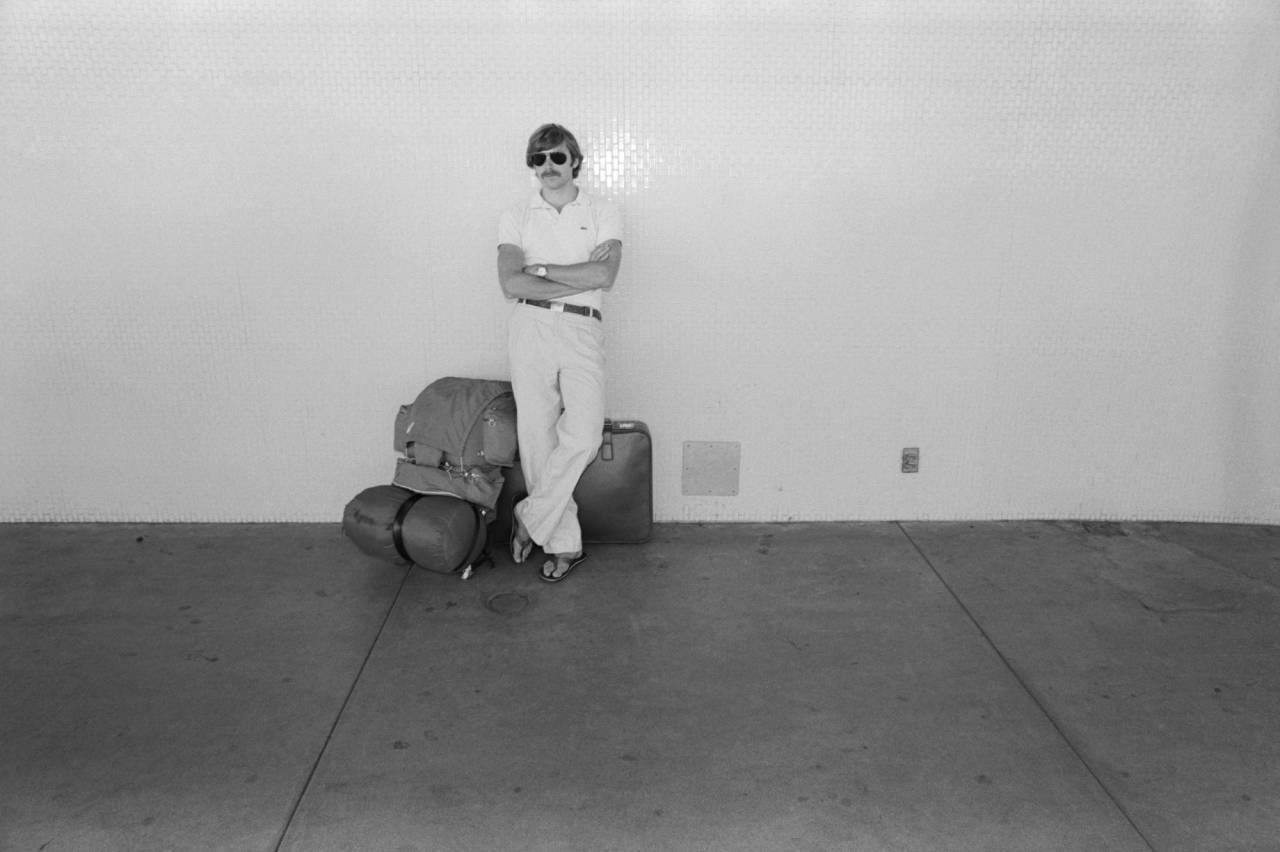 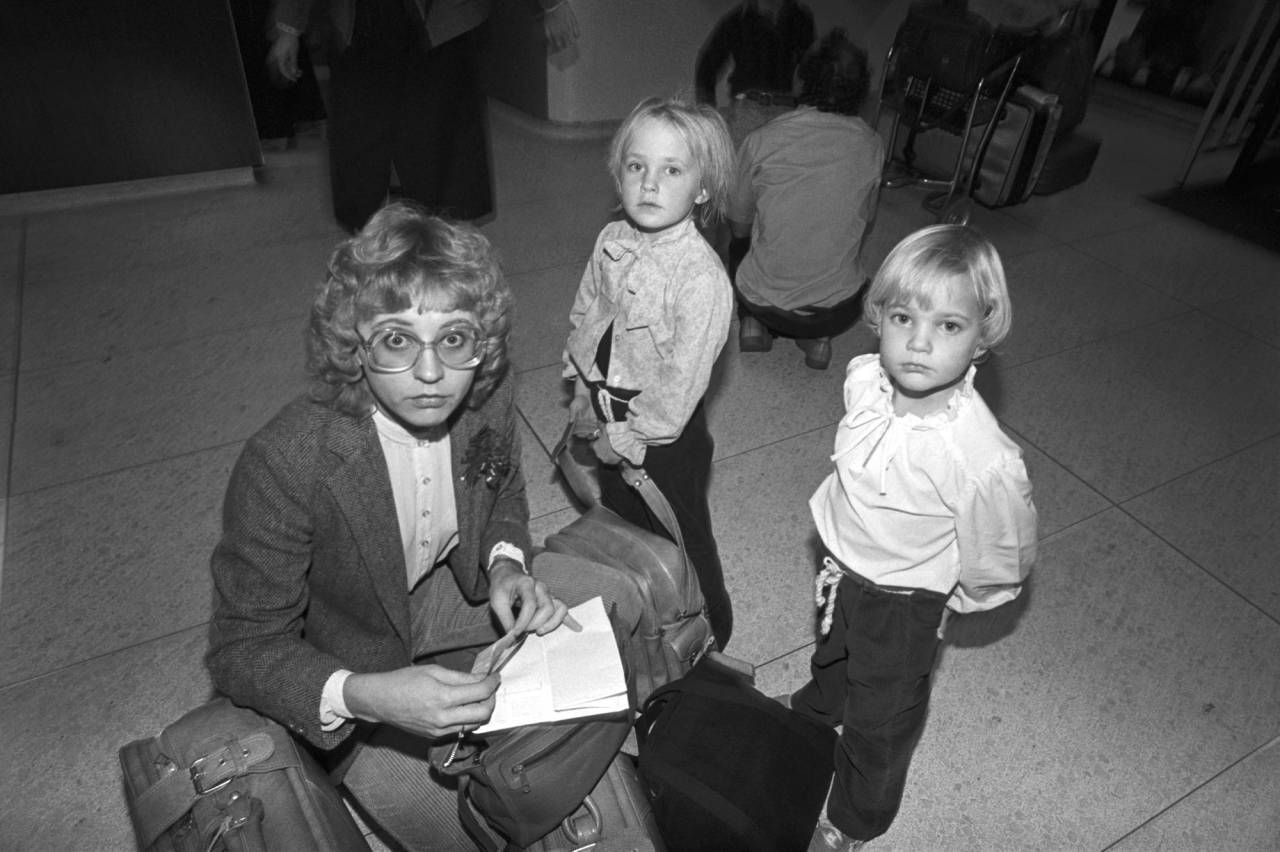 “Inside, upstairs, where the planes are met, the spaces are long and low and lined in tasteful felt gray like that cocky stewardess’s cap and filled with the kind of music you become aware of only when the elevator stops or when the dentist stops drilling. Plucked strings, no vocals, music that’s used to being ignored, a kind of carpet in the air, to cover up a silence that might remind you of death” – John Updike, Rabbit at Rest 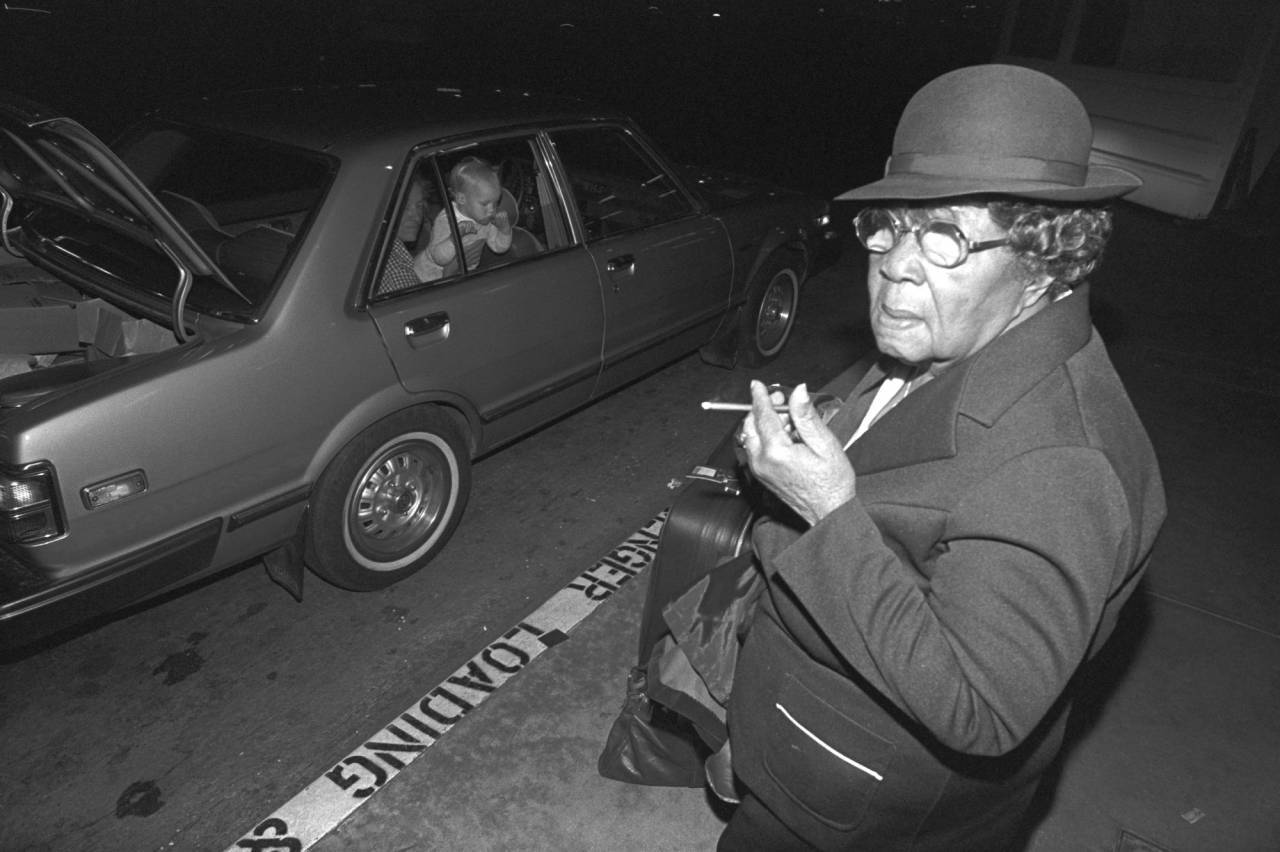 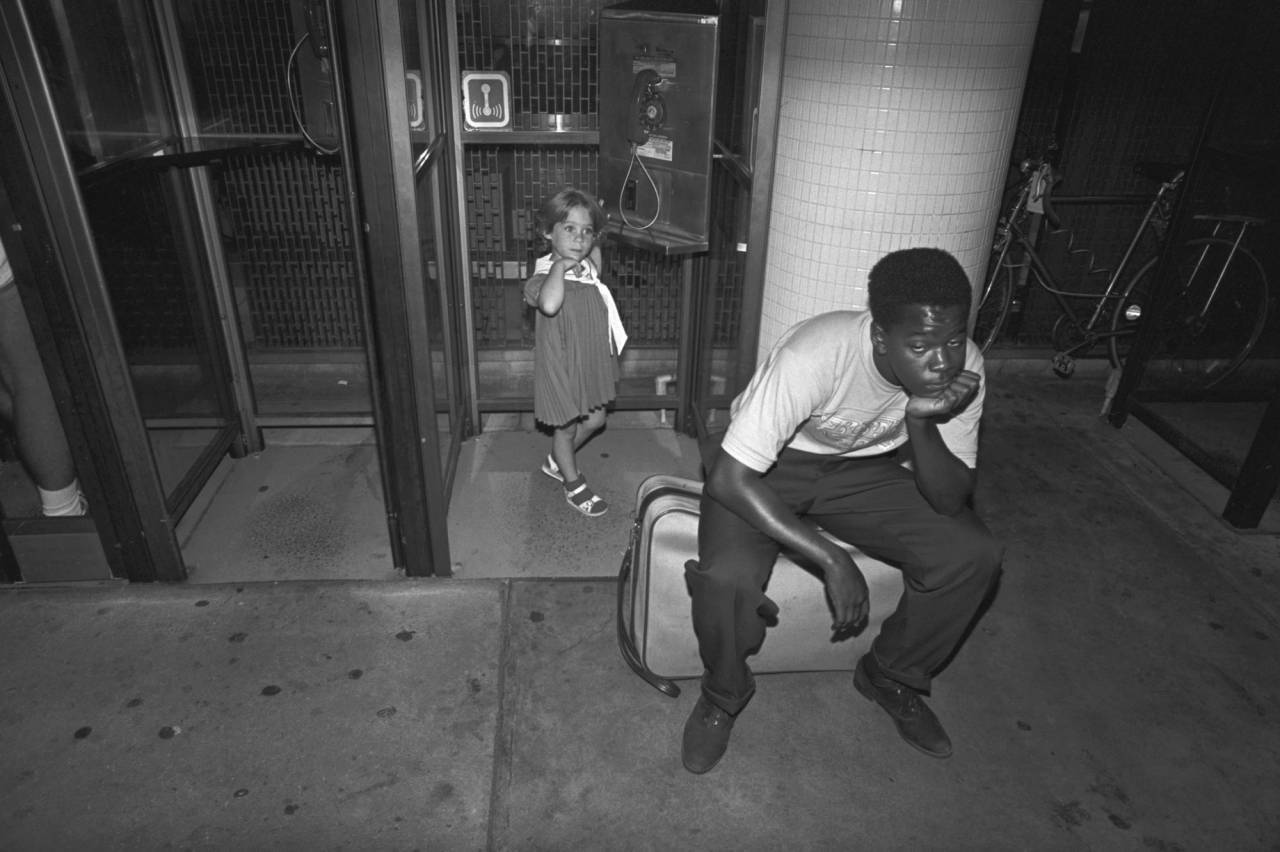 “The Devil himself had probably re-designed Hell in the light of the information he had gained from observing airport layouts.” – Anthony Price, The Memory Trap 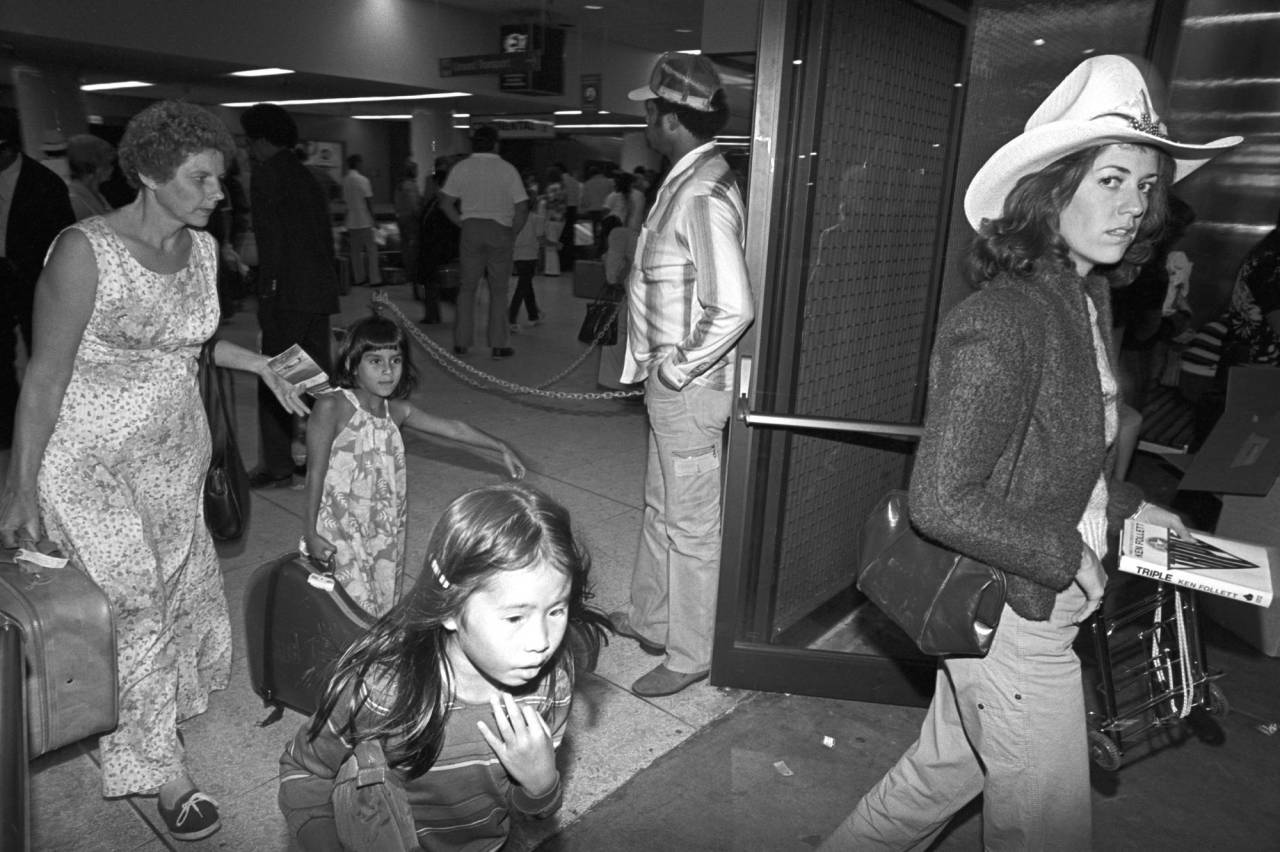 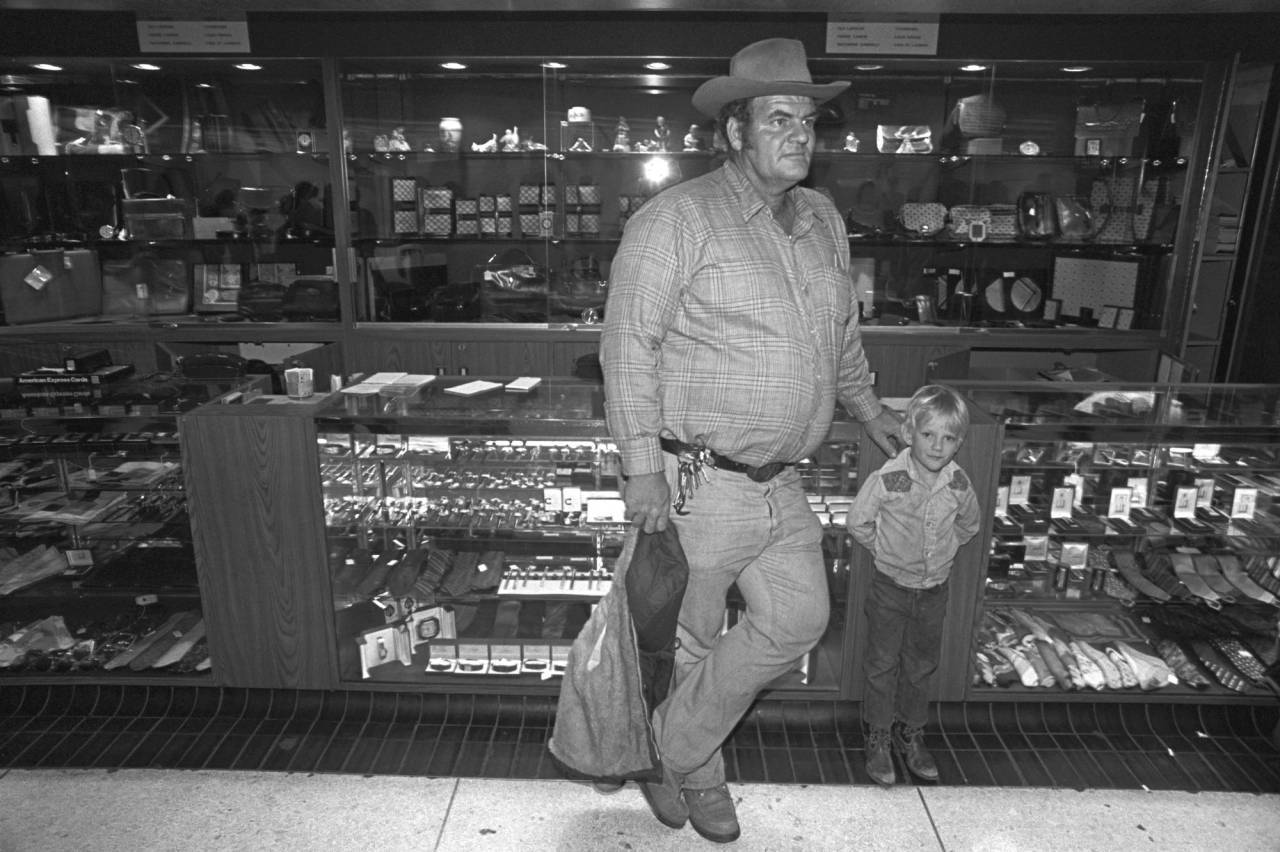 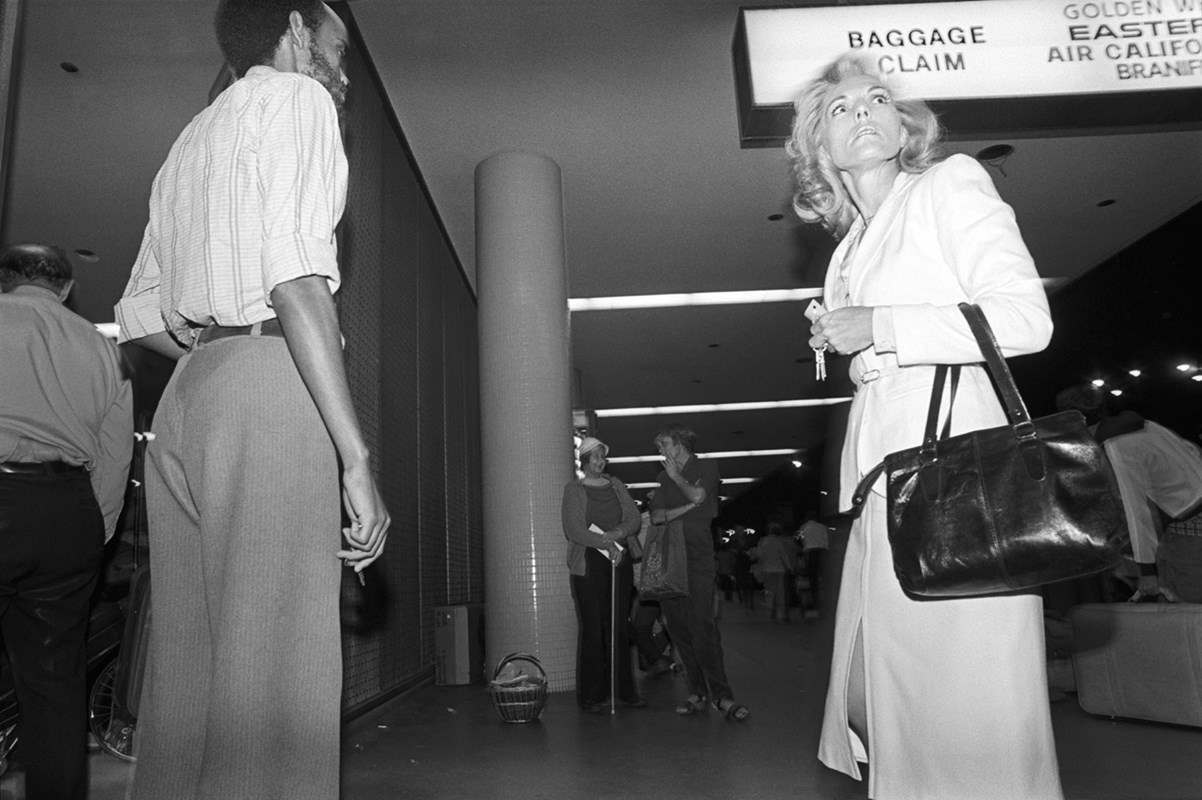 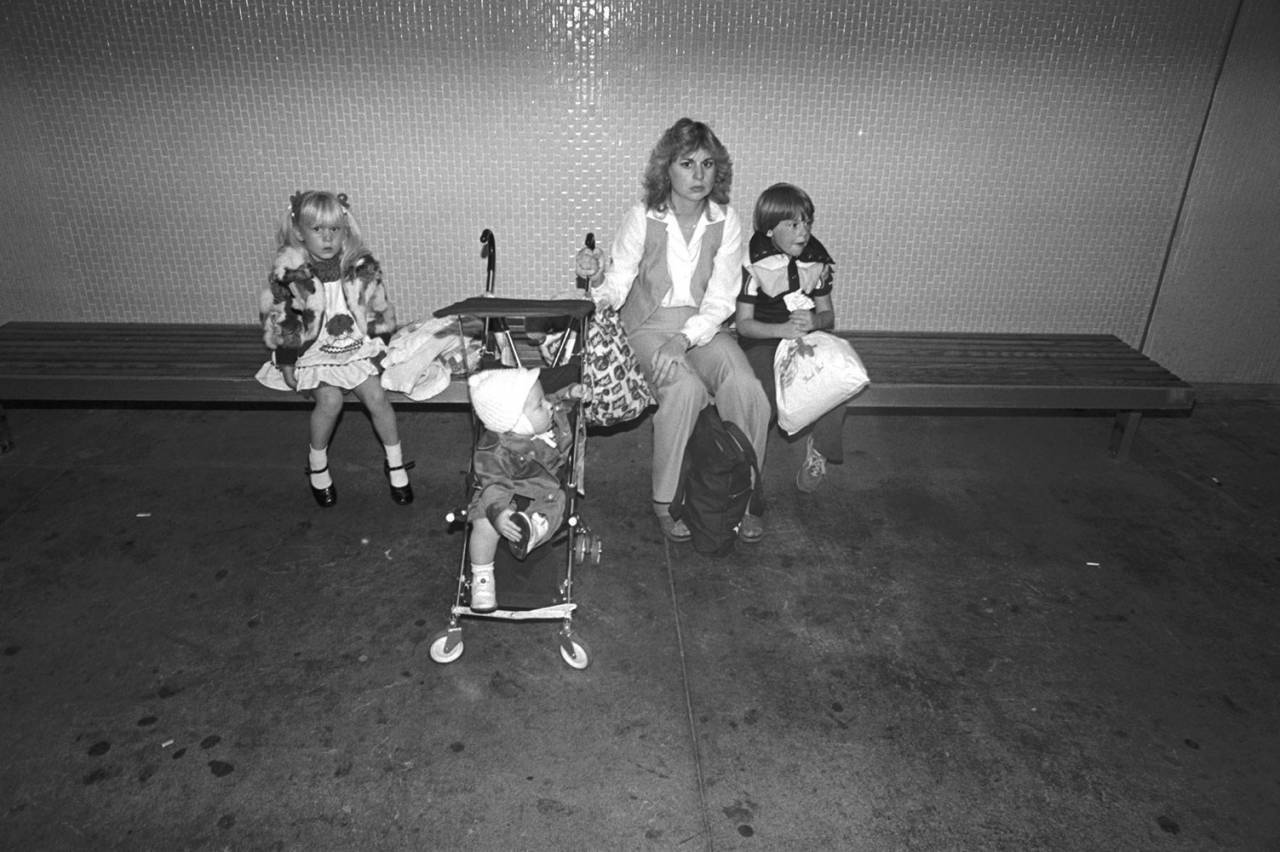 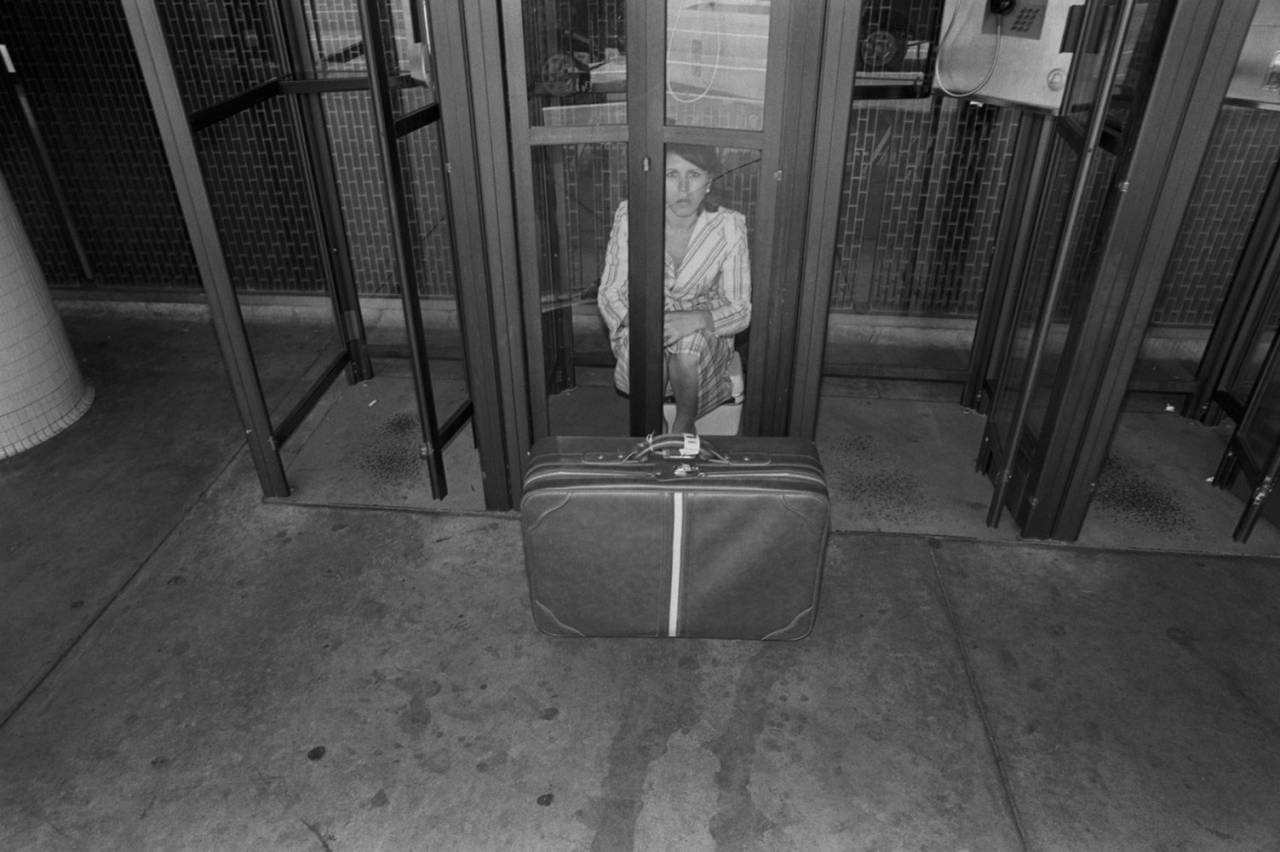 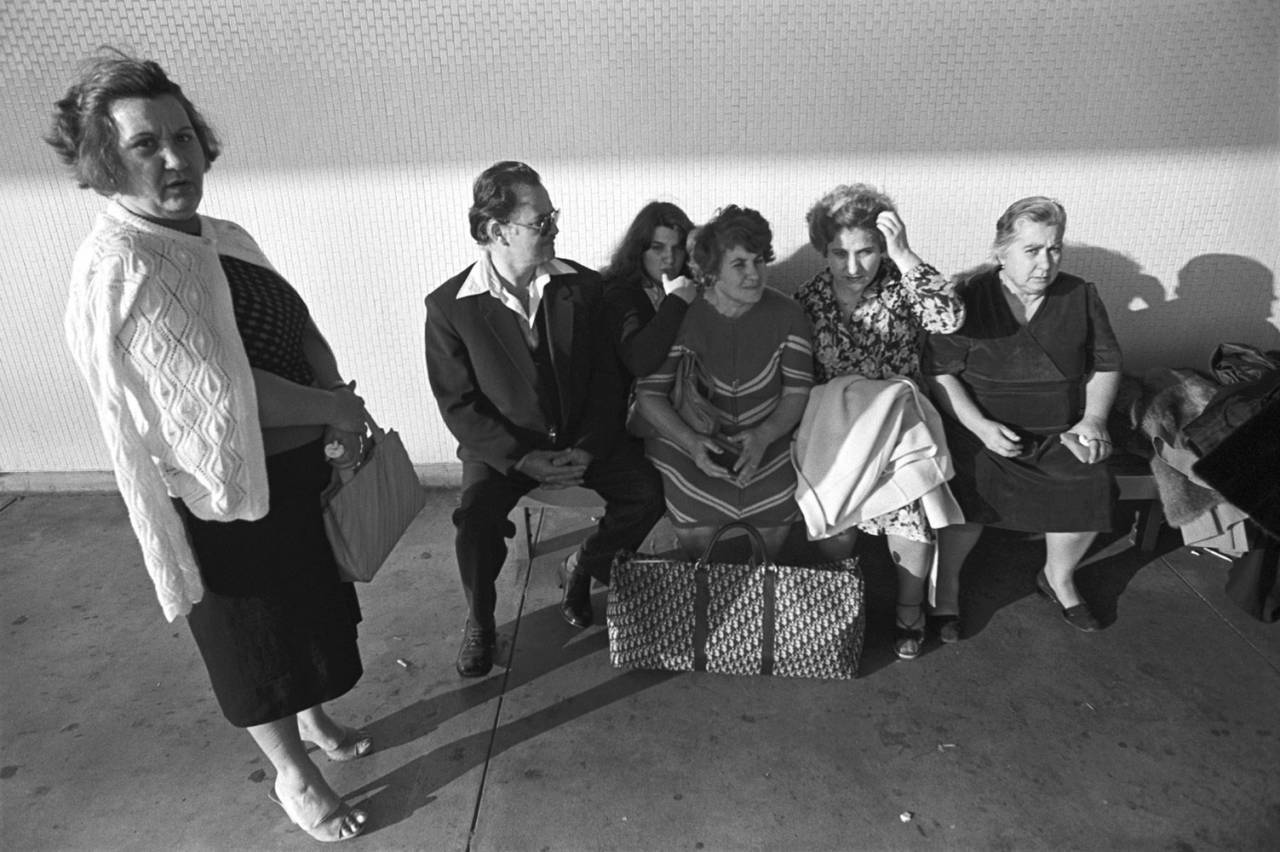 George: No-no-no, Kramer. Kramer! Kramer! You *cannot* abandon people in the middle of an airport pickup! It’s a binding social contract. We… we must go forward… not back.
Kramer: George, that’s beautiful. Ever thought of running for office?” – Seinfeld, The Airport 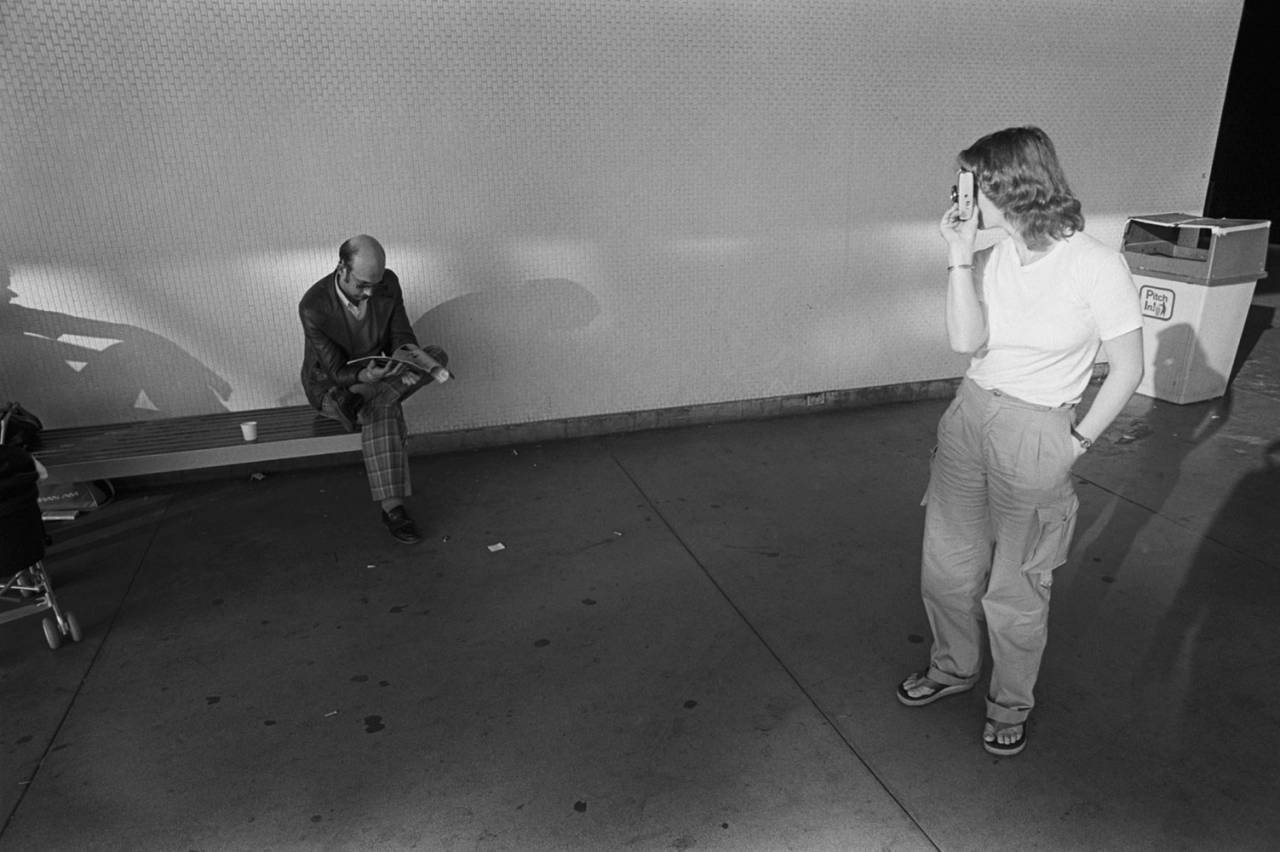 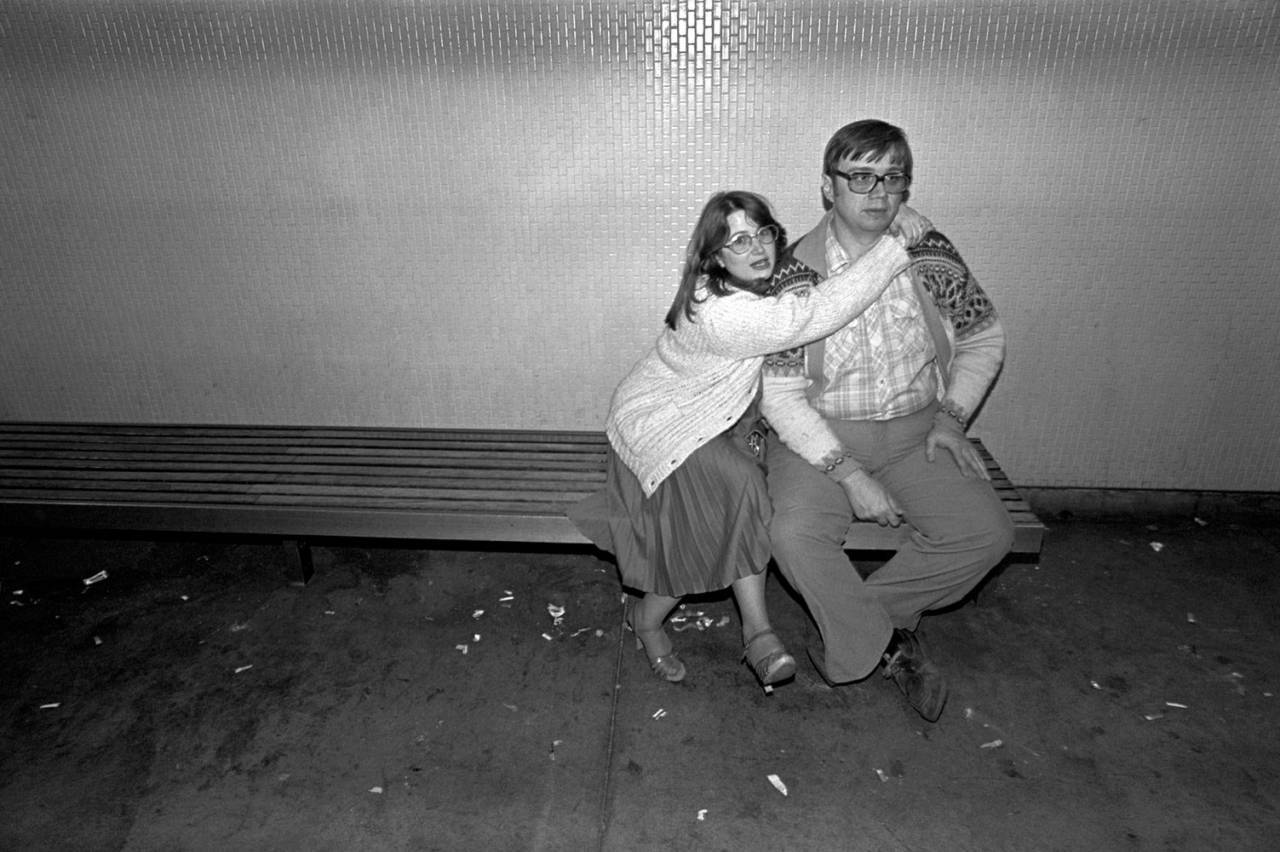 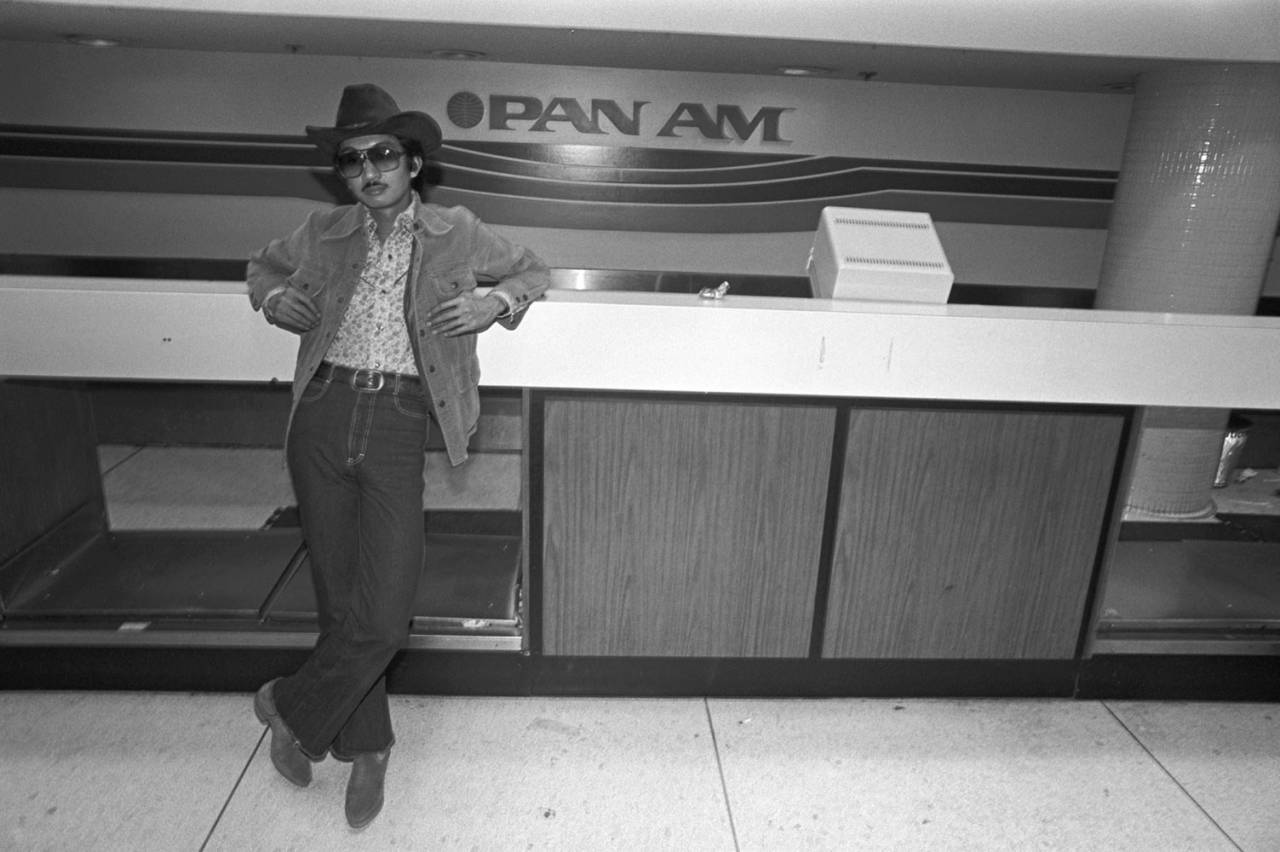 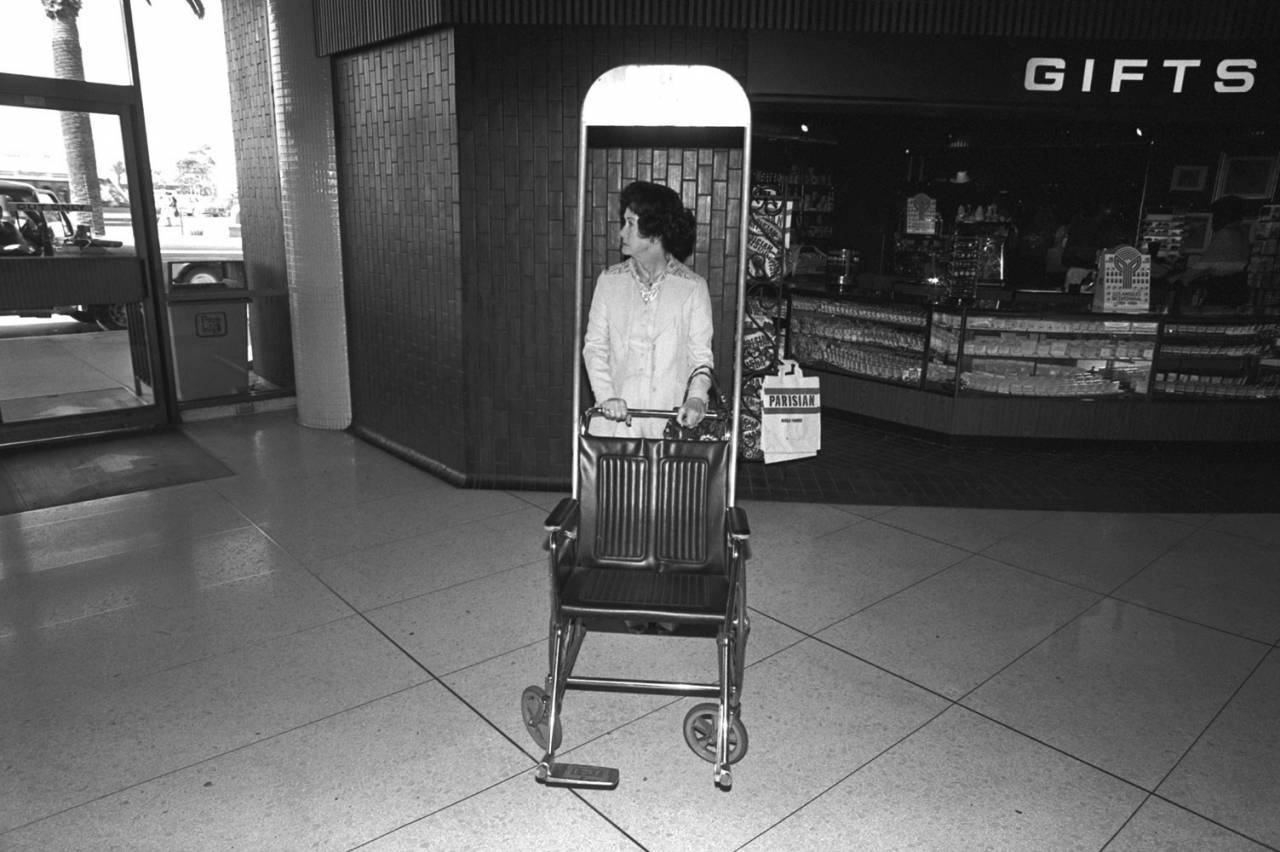 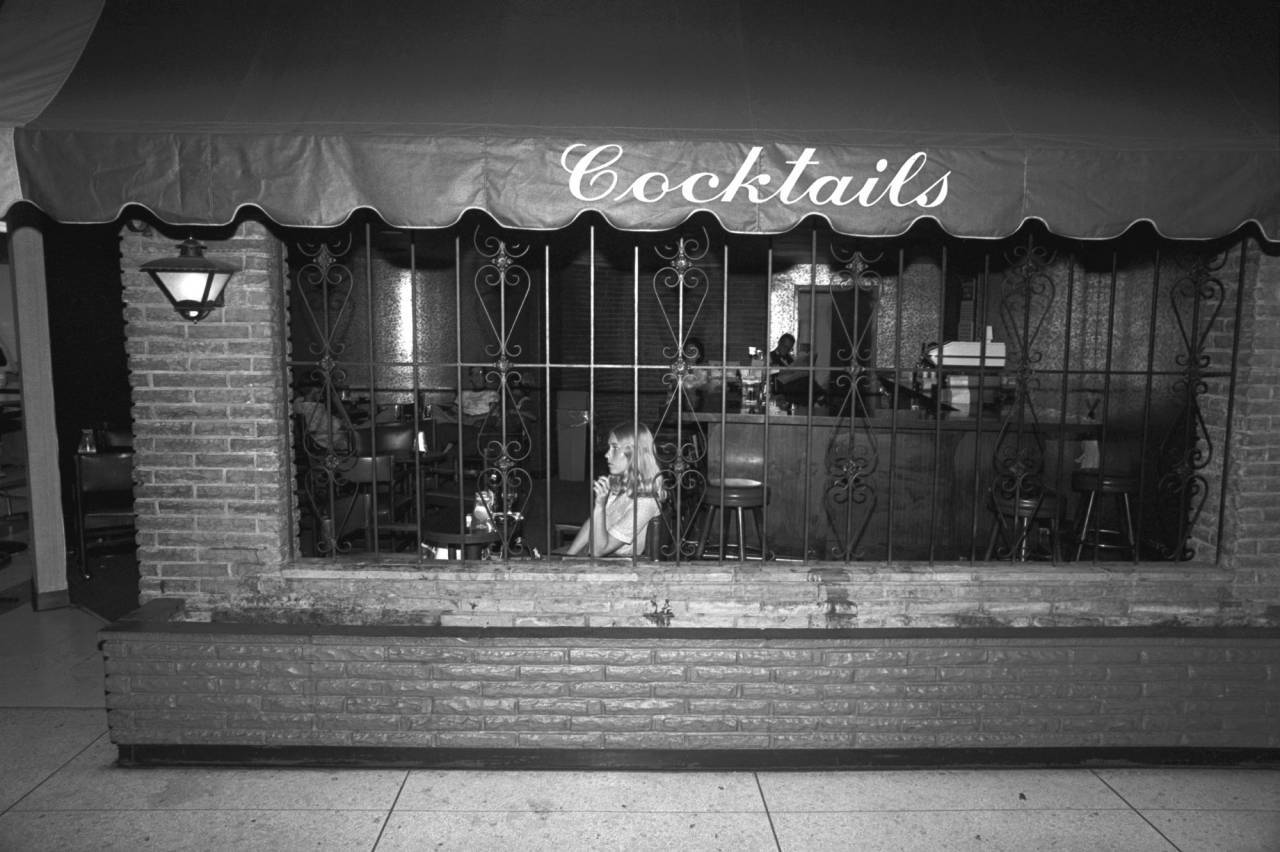 You can buy LAX: PHOTOGRAPHS OF LOS ANGELES 1980-84, by John Brian King here and here.