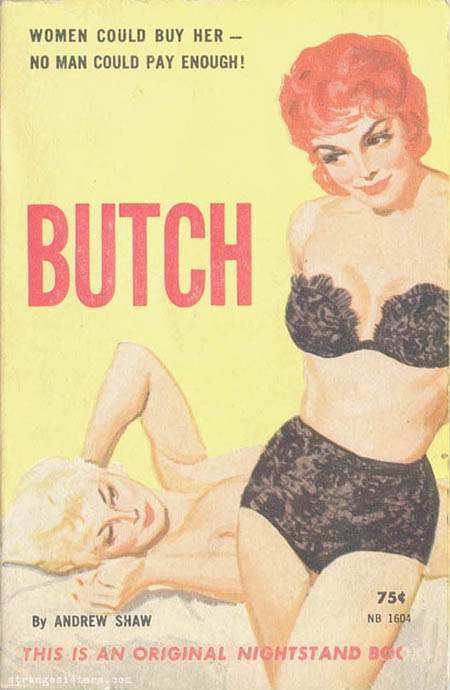 The lurid, titlating covers were aimed at men. But the best-written stories were for women.

The first paperback to address a lesbian relationship was published as early as 1950. Women’s Barracks by French-born writer Tereska Torres became a sensation. Published by Gold Medal Books, the story was loosely based on Torres’ experiences in the Free French Forces in London during World War II.

Women’s Barracks sold 4 million copies and was selected in 1952 to become an example of how paperback books were promoting moral degeneracy, by the House Select Committee on Current Pornographic Materials.

The books needed to end with the deviant man-rejecting lesbian realising the wrongs of her unnatural sex life and going straight, preferably with a husband, or dying in a suicidal ocean of depression. Of course, she might have been depressed because of society’s intolerance. But whatever the reason, so long as she was unhappy, the censors were ok with it. Spring Fire by Torres’s stablemate at Gold Medal Books, Marijane Meaker and Women’s Barracks end in suicide and madness. Homosexuality was something to be warned against.

Although Wendy did say:

“The lesbian pulps, at least the ones written by women, were kind of sweet, sentimental, even innocent, love stories.”

The covers designed to turn men on masked the true worth of the words within.

Joan Ellis’ The Third Street blared was trailed as:

“They walked together into a world of exotic evil … the lonely and love-starved, the lovely and promiscuous, seeking new thrills … baring their secret needs and feeding their secret hungers … needs and hungers condemned by society.”

The book was far more touching than groping.

But for women who read the books, the stories offered a ray of hope.

“Regular vigilance turned up books I was petrified to take to the cashier. Their ludicrous and blatantly sensational cover copy were both my signals and my shame. Valerie Taylor’s The Girls in Three-B and Randy Salem’s Man Among Women: these books I would savor alone, heart pounding from both lust and terror of discovery, poised to plunge the tainted tome into hiding.”

Writer Donna Allegra explained why she bought the books:

“No matter how embarrassed and ashamed I felt when I went to the cash register to buy these books, it was absolutely necessary for me to have them. I needed them the way I needed food and shelter for survival.”

Stephanie Foote, from the University of Illinois, opined:

We’ve compiled a gallery of those covers that made fools of men and emancipated women. Freedoms are hard fought and won in degrees: 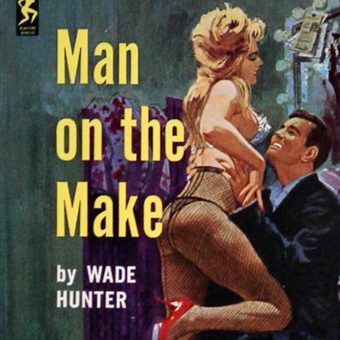 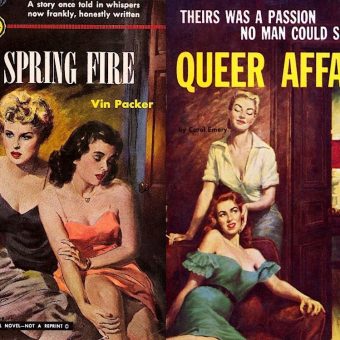