Lee Godie (born Jamot Emily Godee on September 1, 1908 – March 4, 1994) spent the 1960s, 1970s and 1980s living in flop houses and on the streets of Chicago. Godie, twice married and mother to four children, earned a crust through art, selling her pantings and drawings to people who liked her work and whom she liked. When not making art on the steps of the Art Institute of Chicago, Godie posed for selfies in a nearby photo-booth.

In 1988, Godie was profiled in The Wall Street Journal. One of her children, Bonnie Blank, saw the article and approached the woman on the steps. They drew together. On at least one occasion Blank slept rough with her mother. Having gotten to know Godie, Blank revealed their relationship. When Godie left hospital after treatment for dementia, she moved in with Bonnie, where she remained until her death. 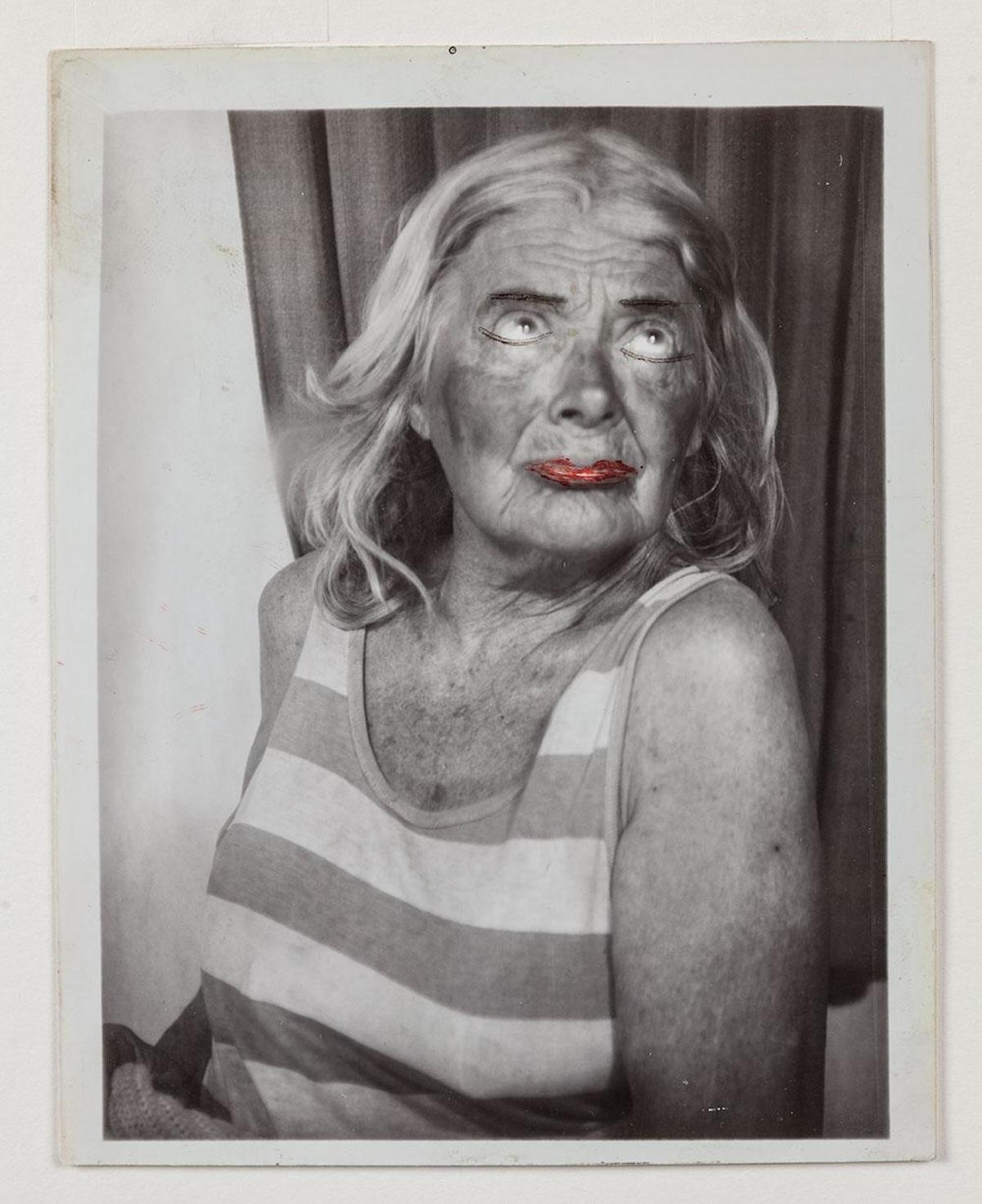 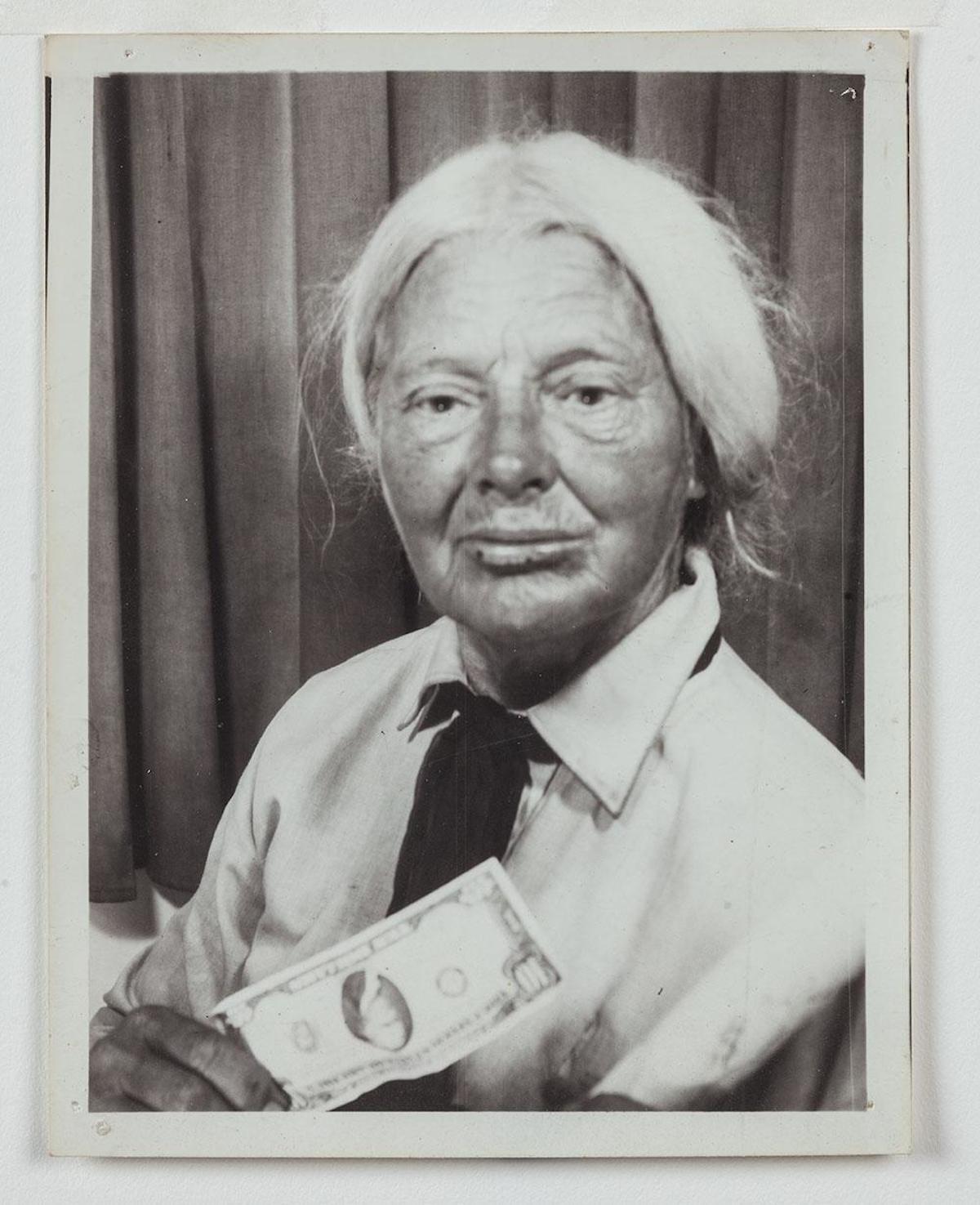 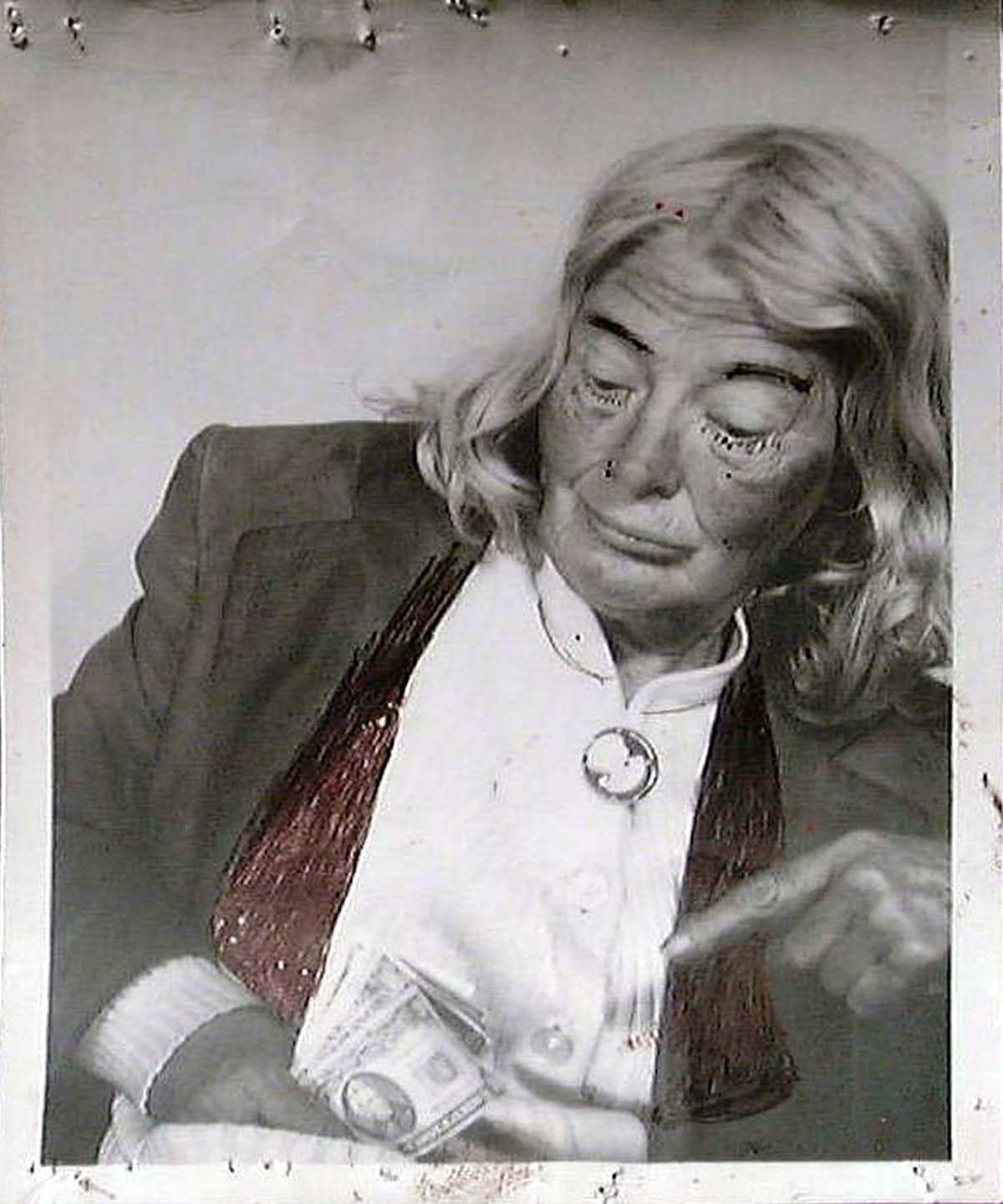 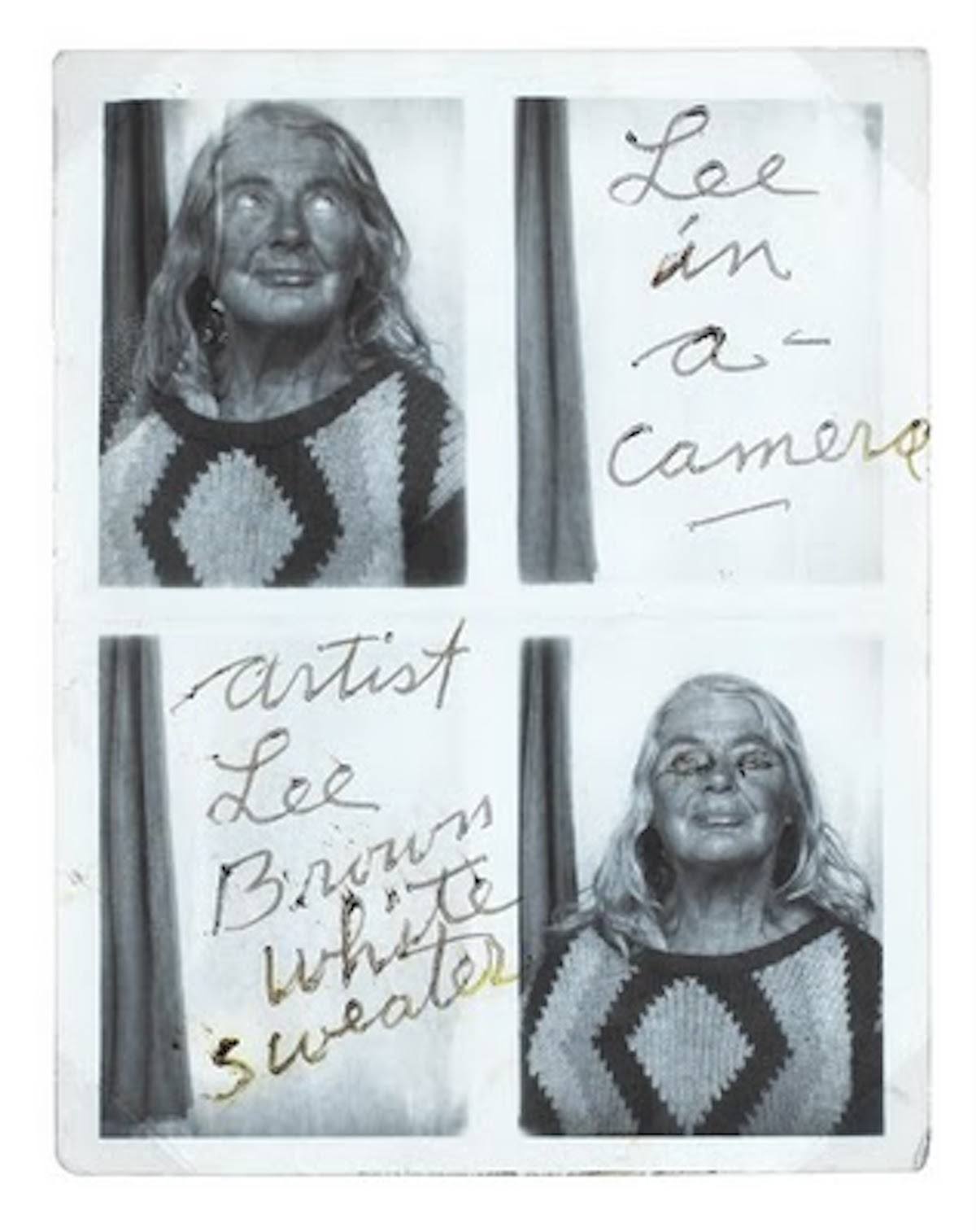 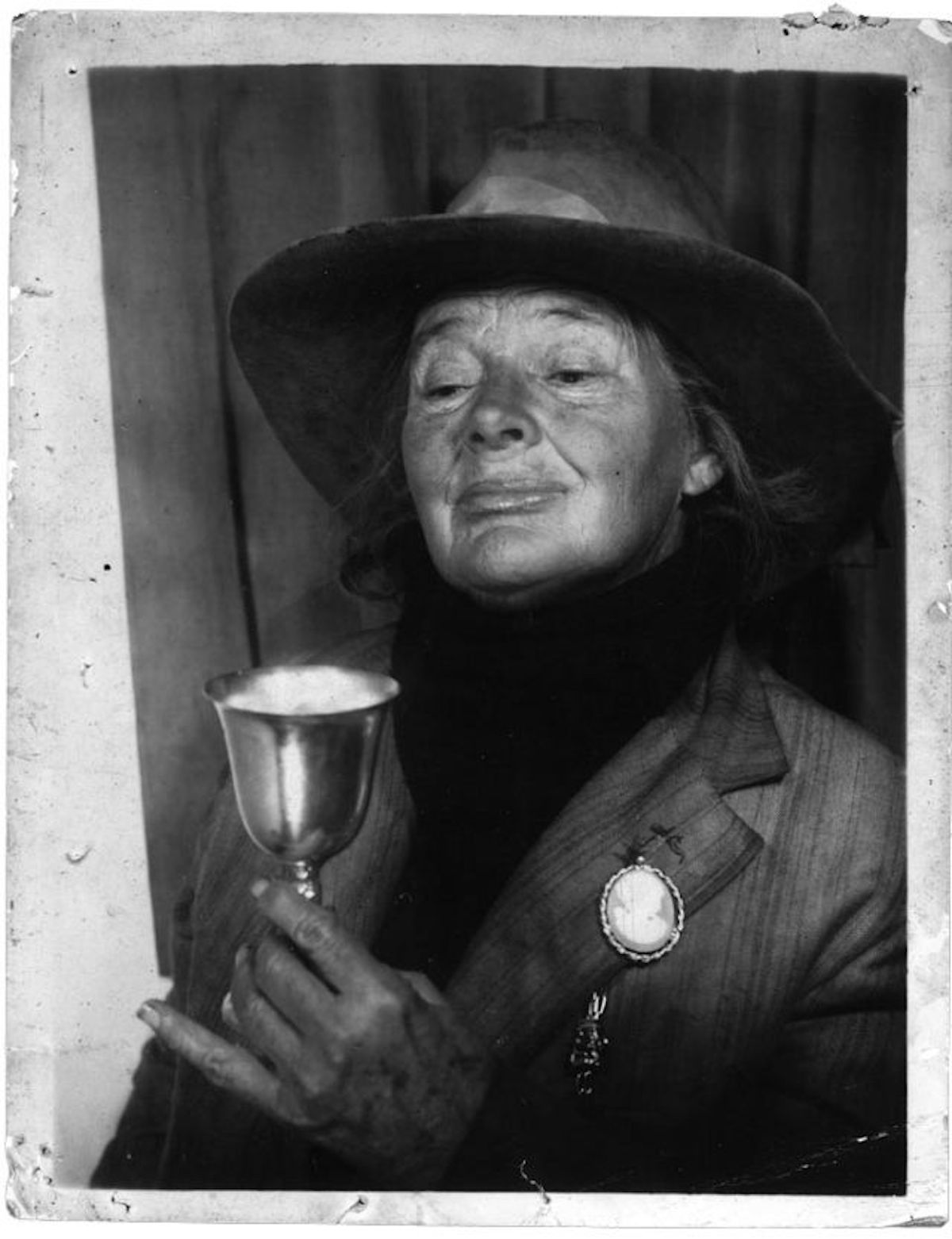 Jamot Emily “Lee” Godie first began selling her paintings near the Art Institute of Chicago in 1968, announcing that she had canvases for sale that were “much better than Cezanne.” Proclaiming herself a French impressionist, Lee sold her idealized portraits and became arguably one of the most collected artists in Chicago. For almost 30 years, buyers would seek out the woman with orange circles painted on her cheeks and jet-black eyebrows painted (from the same box of watercolors she used in her work) above her real ones.
– Chicago Tribune 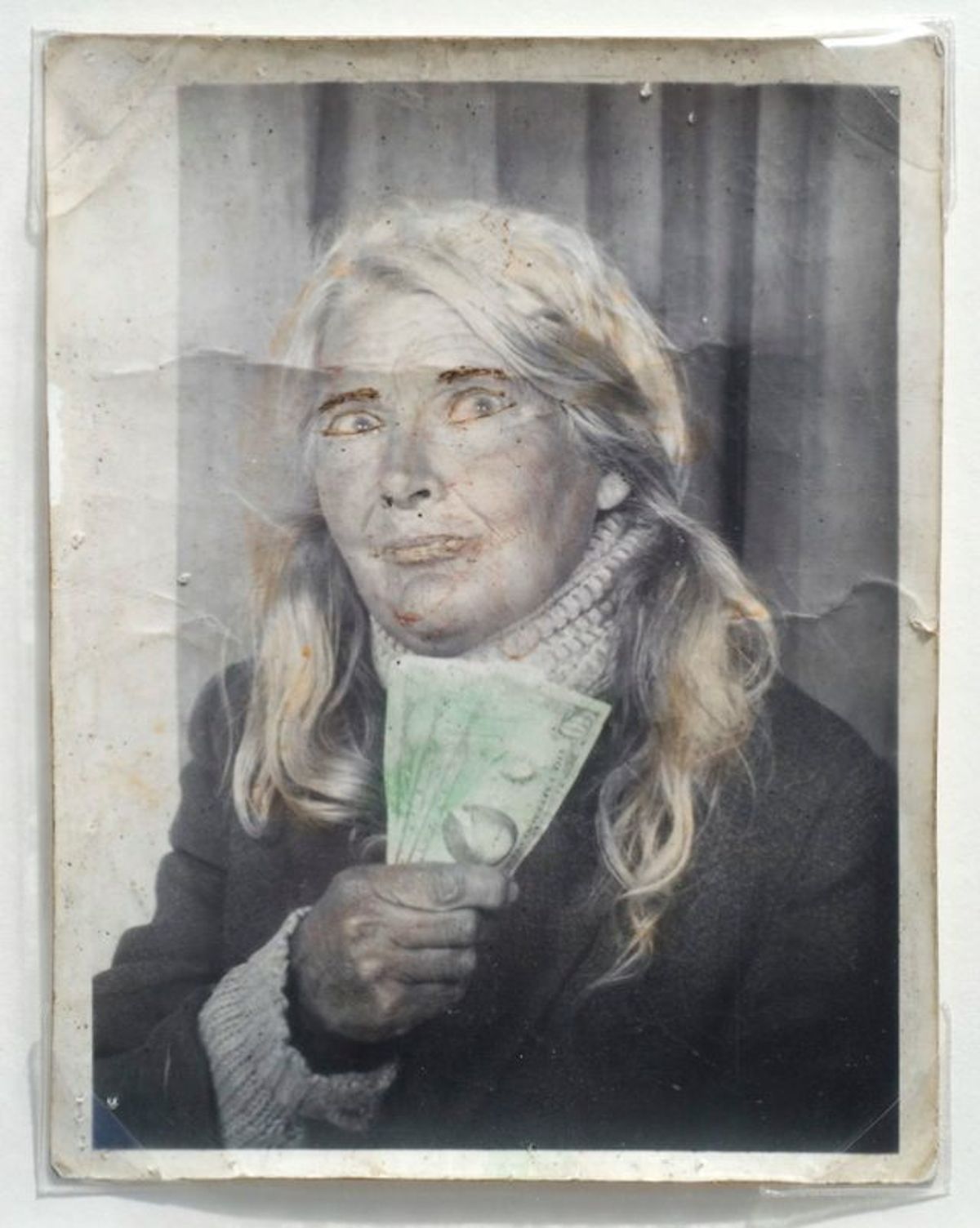 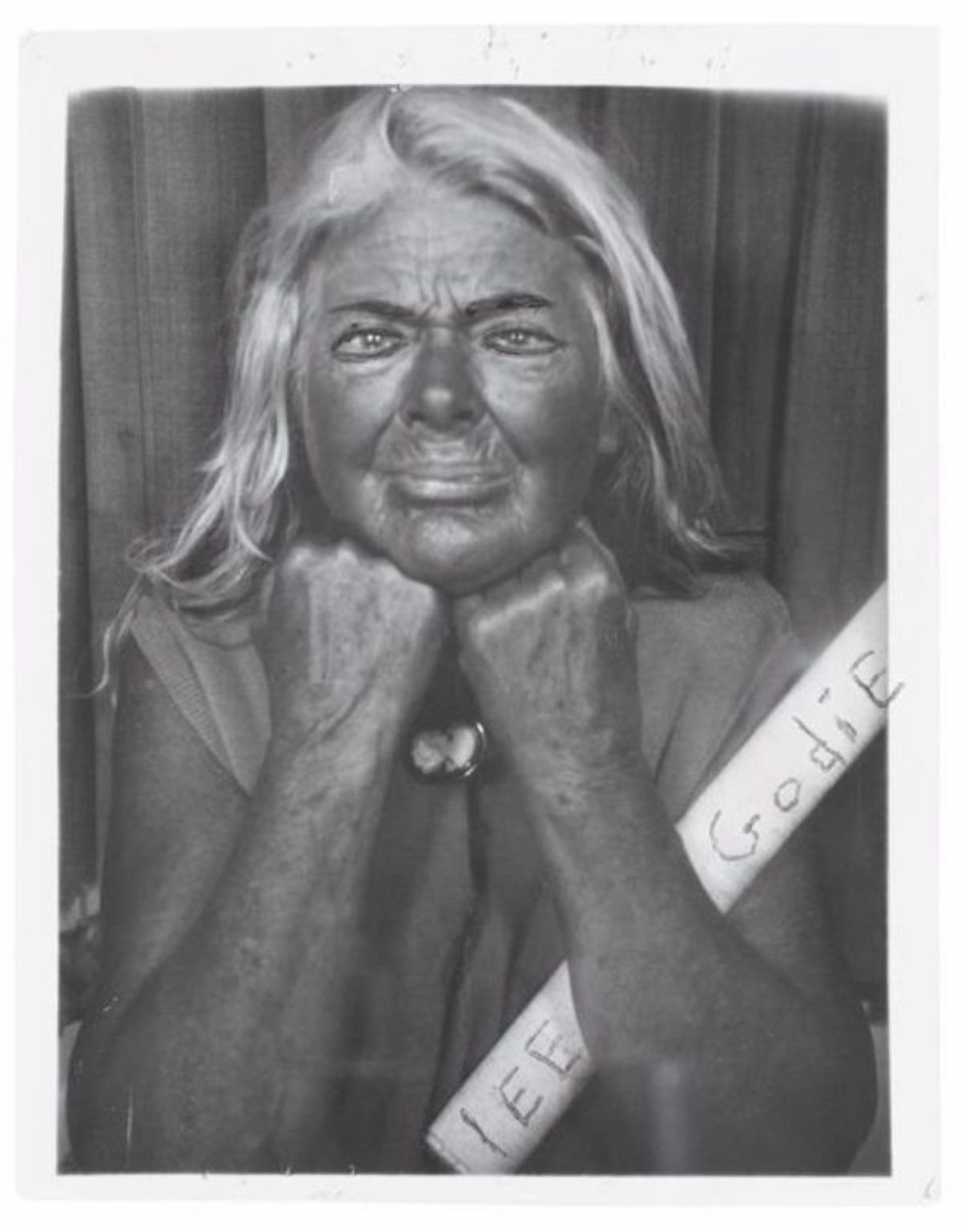 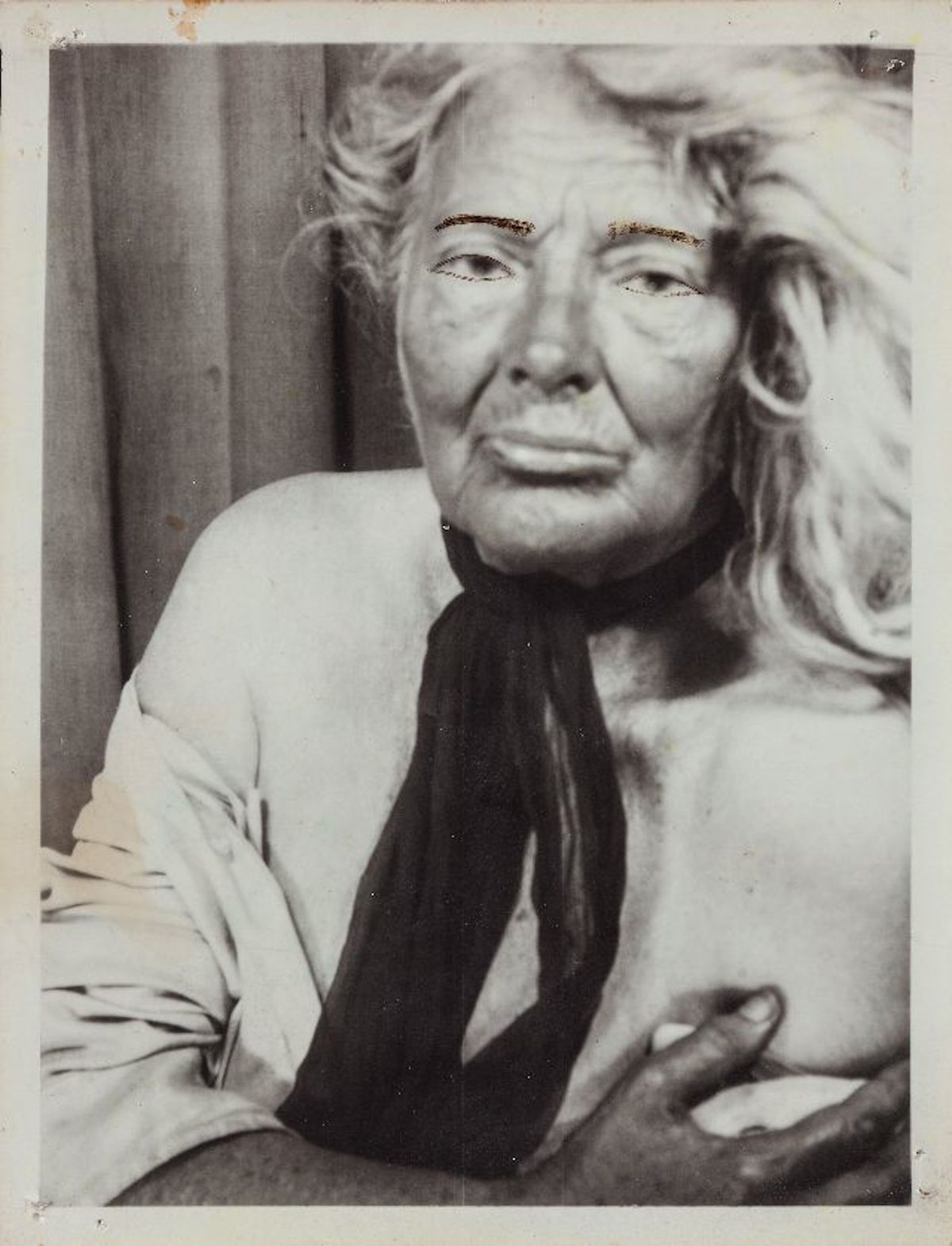 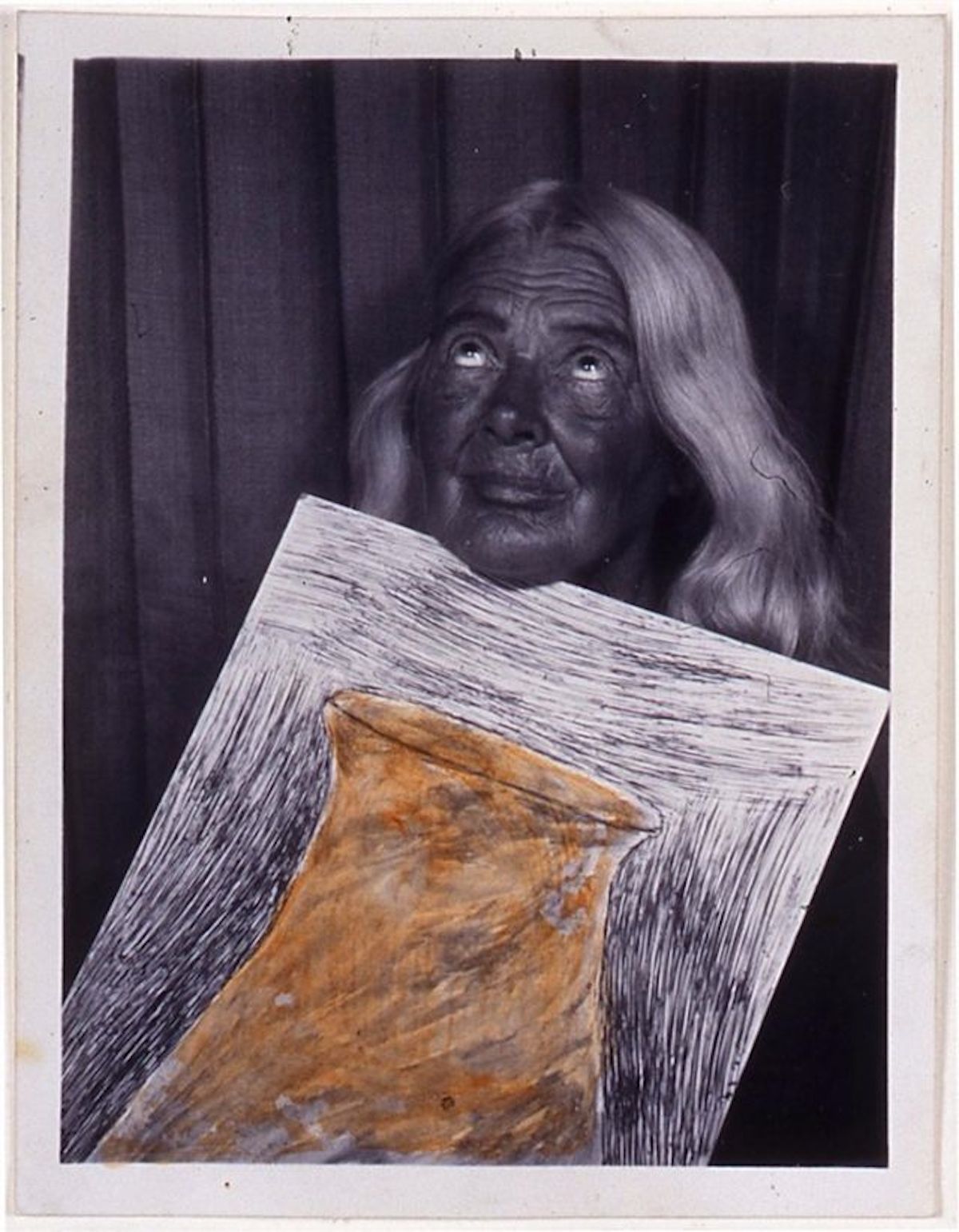 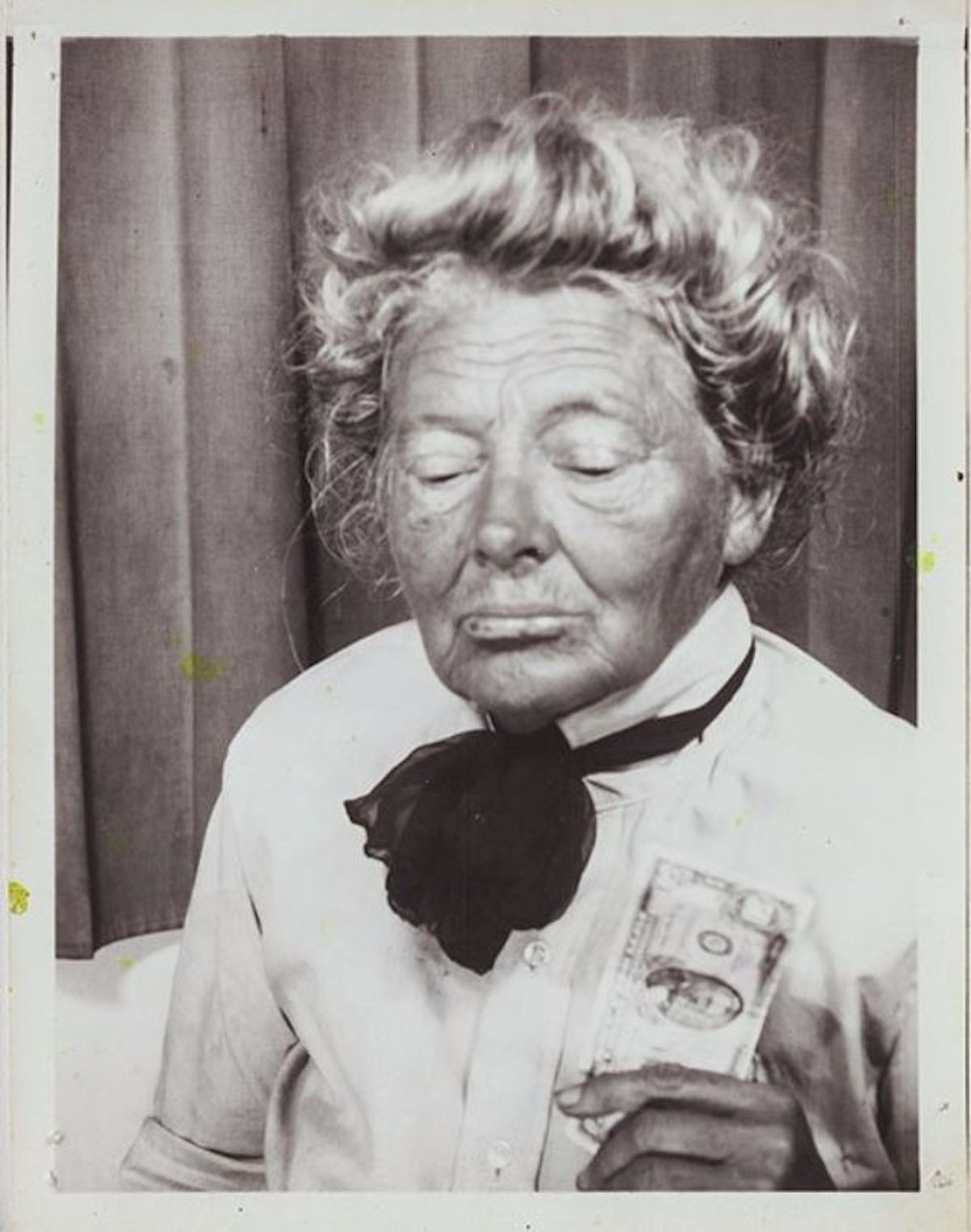 The question is, who is she and where does she come from? Alas, she does not suffer reporters gladly, especially since a long article in the Wall Street Journal made her a hot story for the media. Earlier in the day, a small posse of reporters tracked her to the Trailways Bus Terminal, where she was feeding quarters into a series of storage lockers that contain most of her worldly goods: plastic bags of unidentifiable possessions, some canvases and clothes, dry milk and doughnuts. Asked if she would stand still for an interview, she hissed, “No speak English!” in some sort of pseudoaccent. Try again, thought the reporter. “What kind of paintings did your mother do?” “No speak English!” she repeated. Then, a few moments later, in a conspiratorial whisper, “Nothing but oil.”
– People magazine, 1985 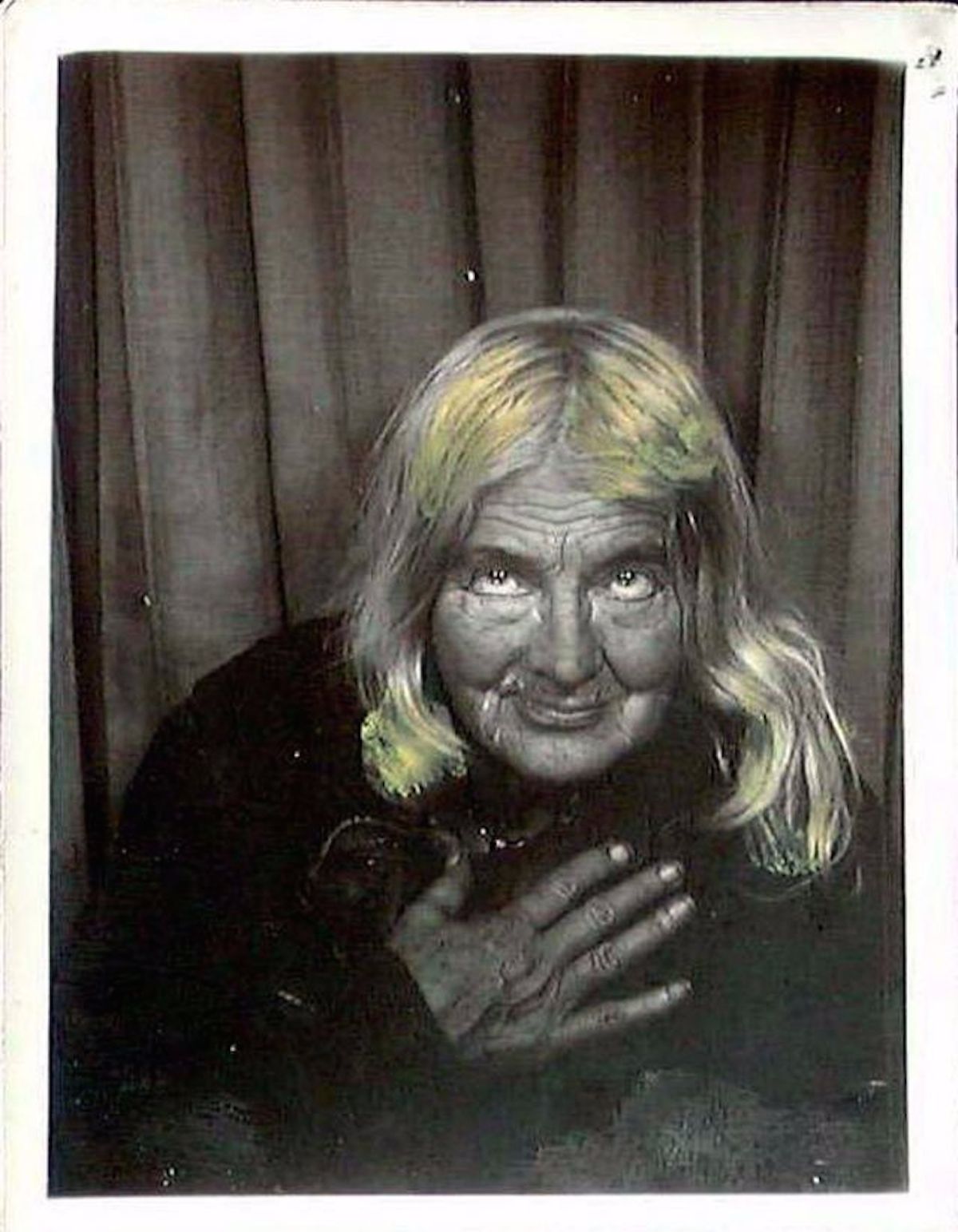 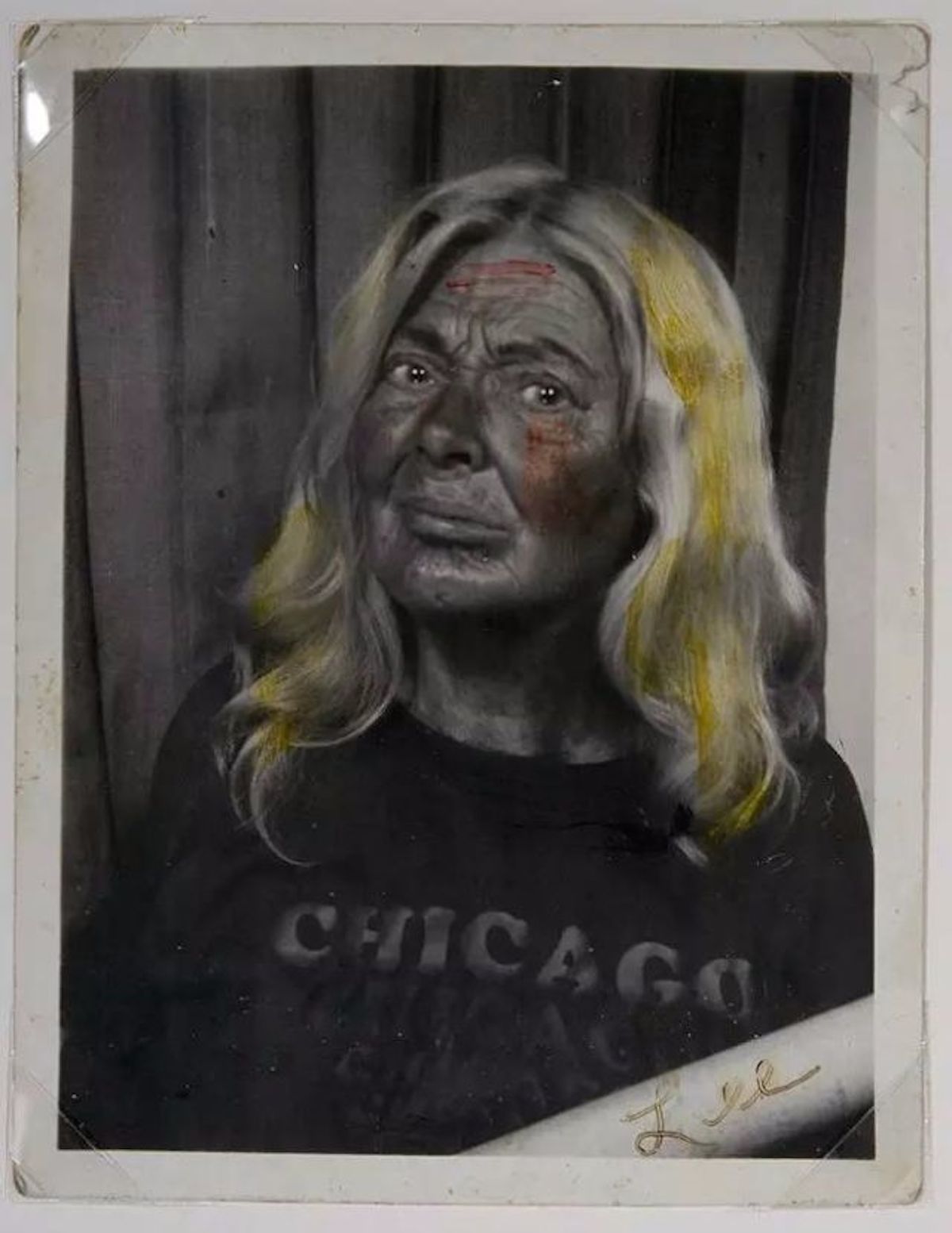 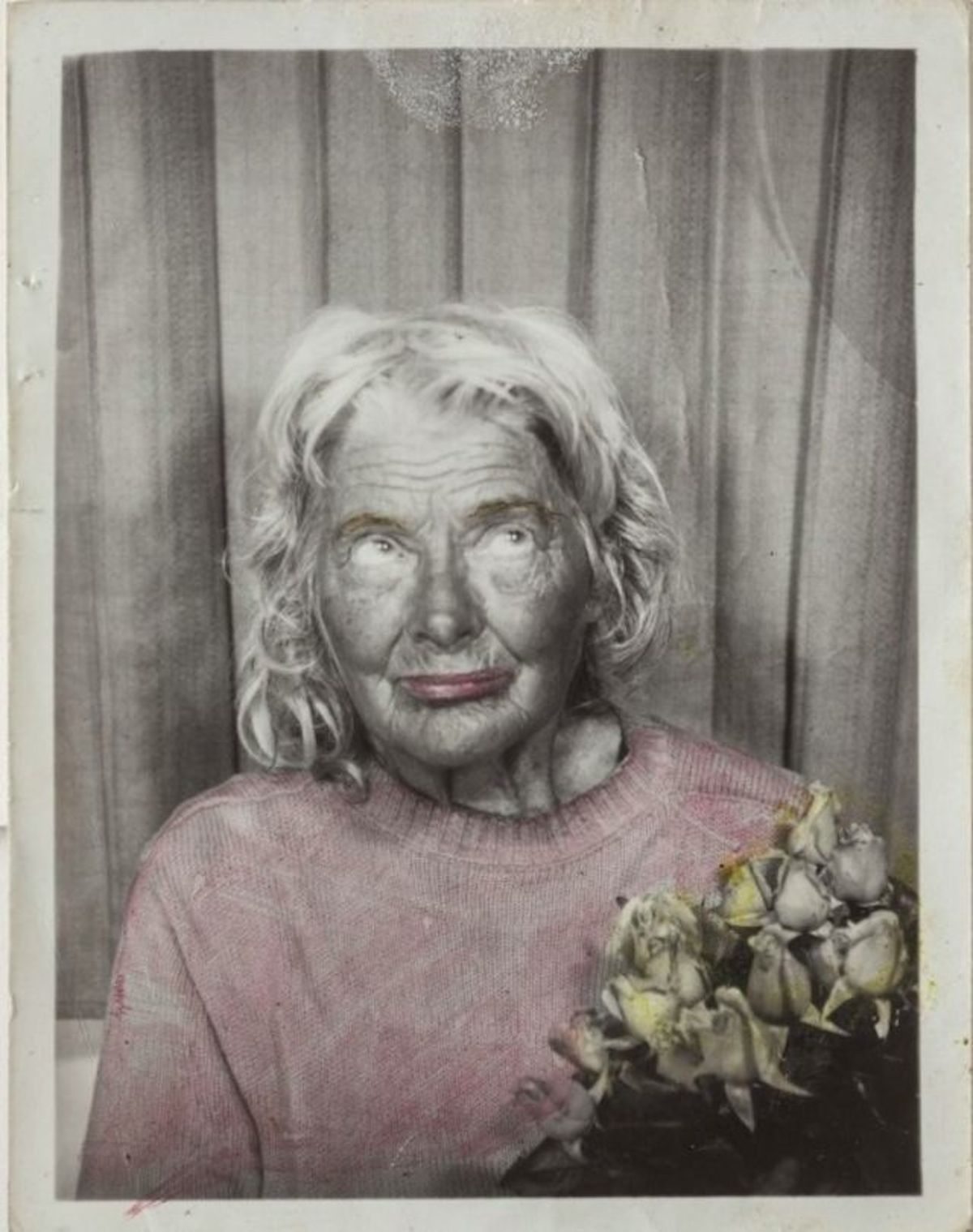 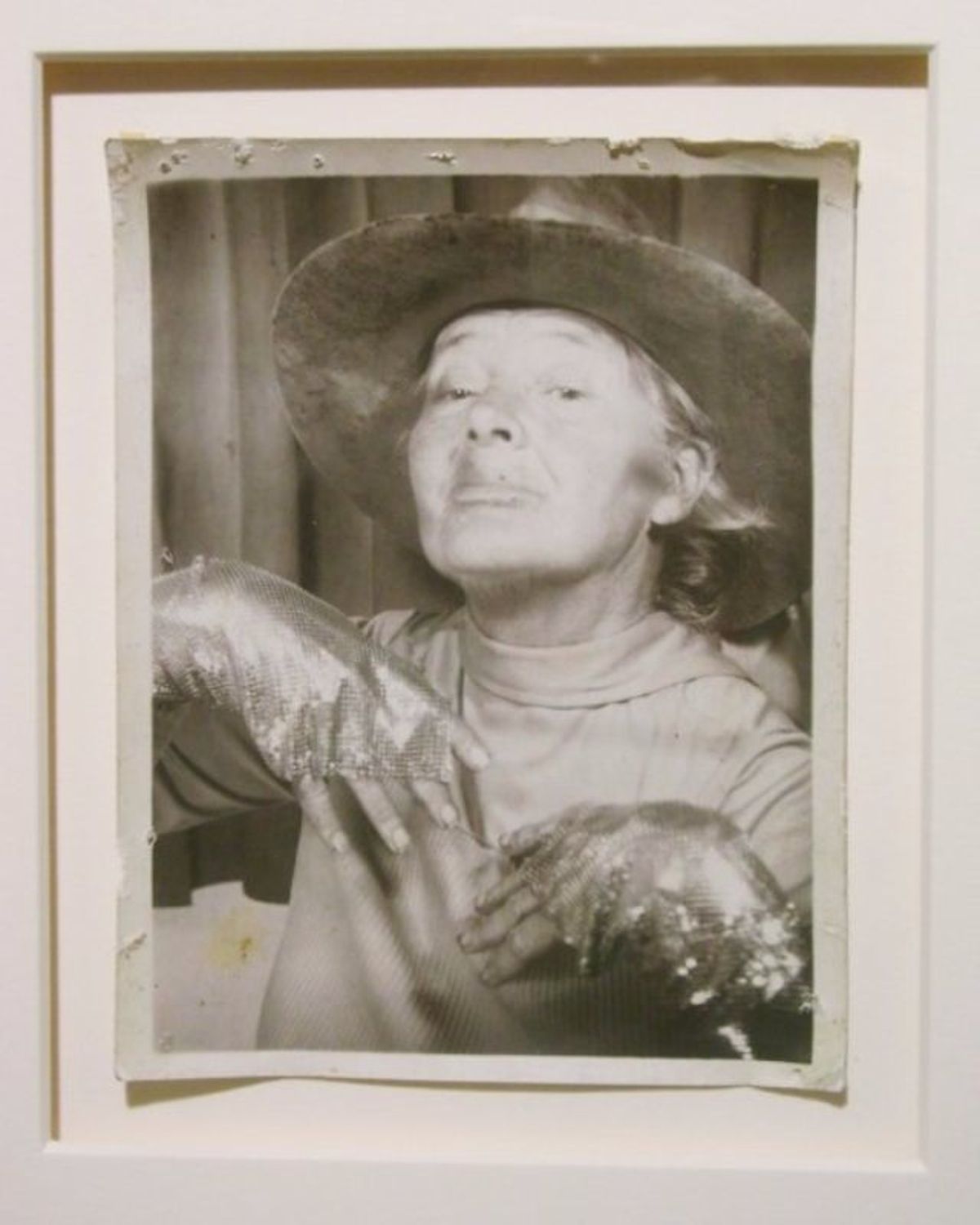 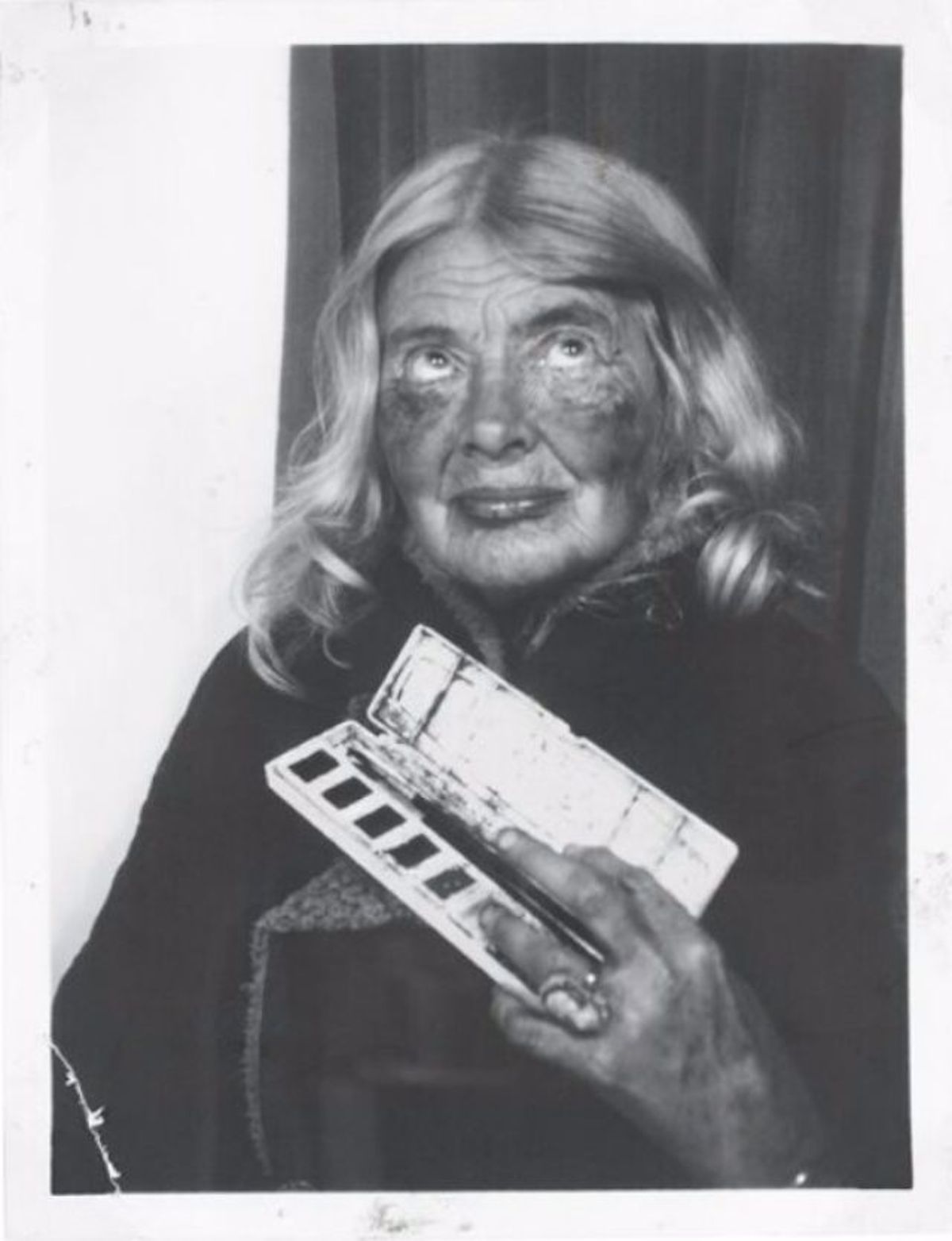 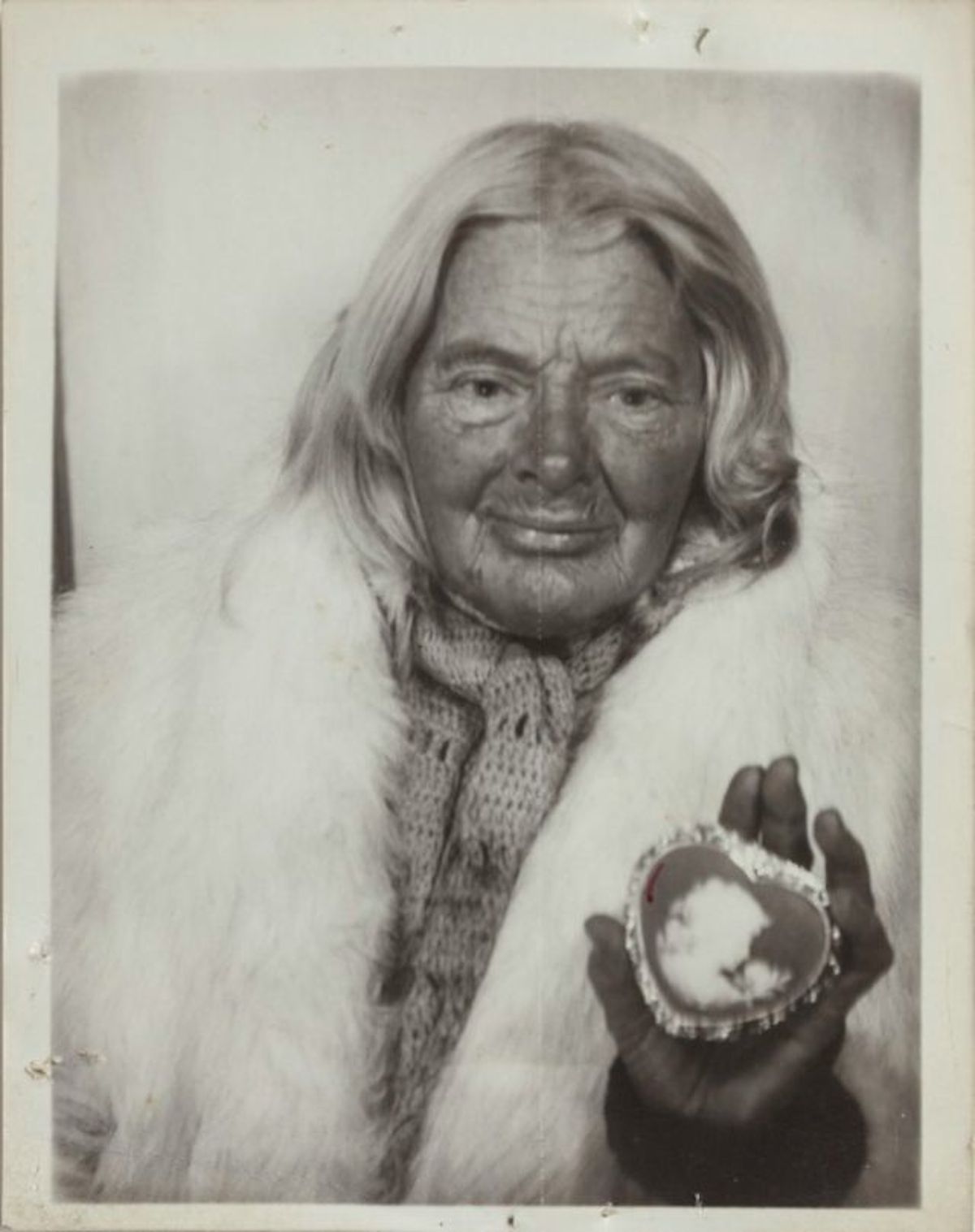 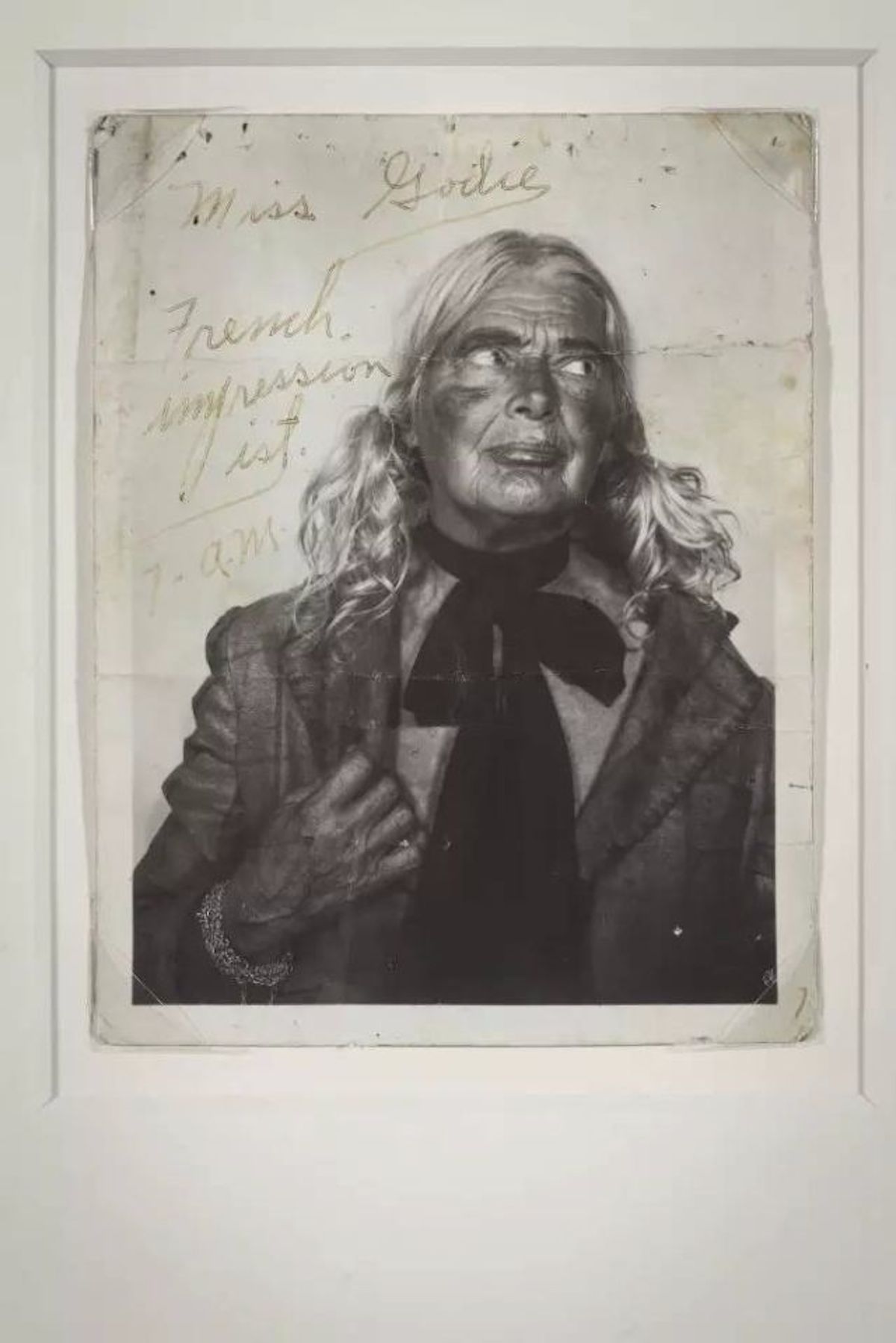 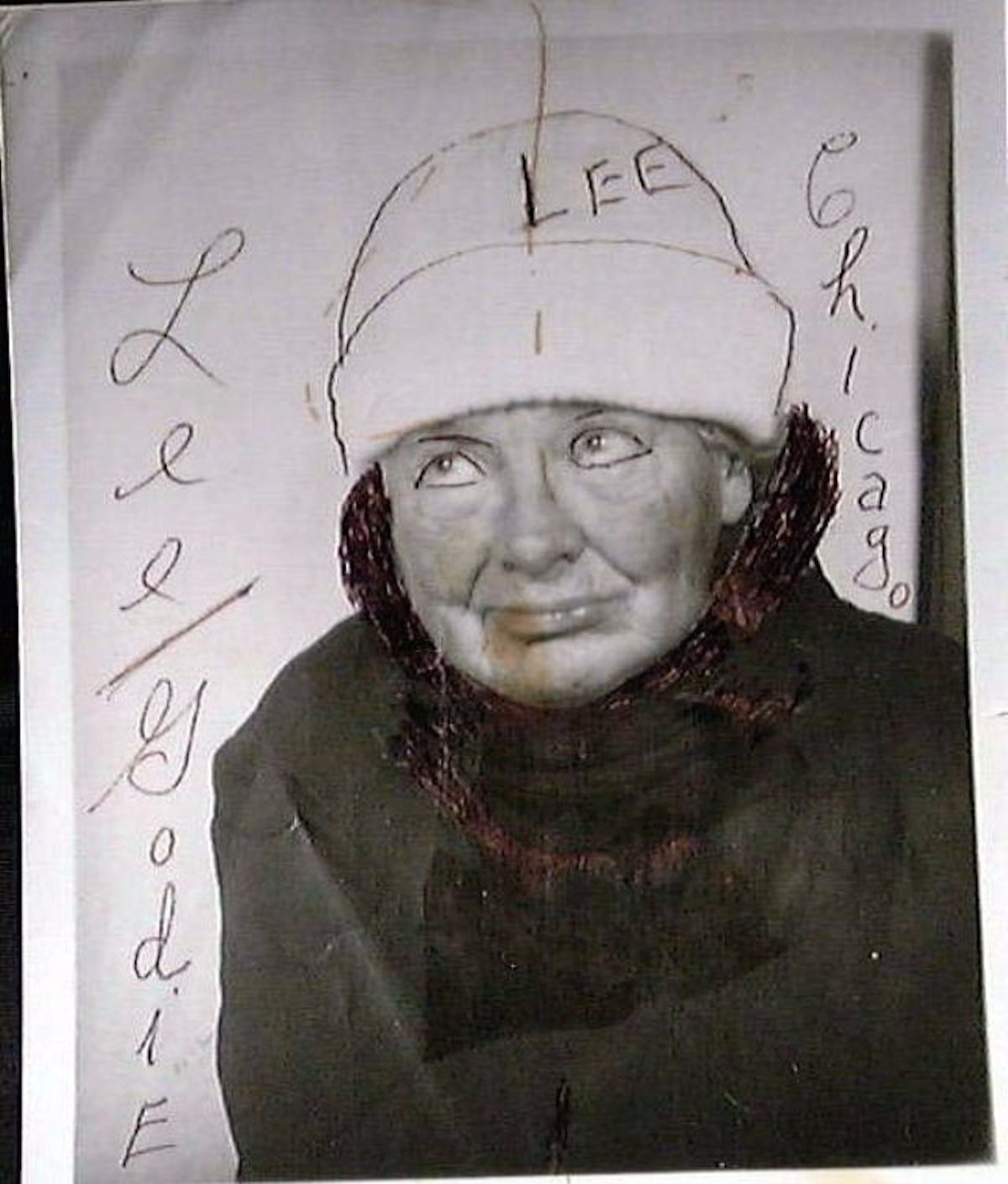 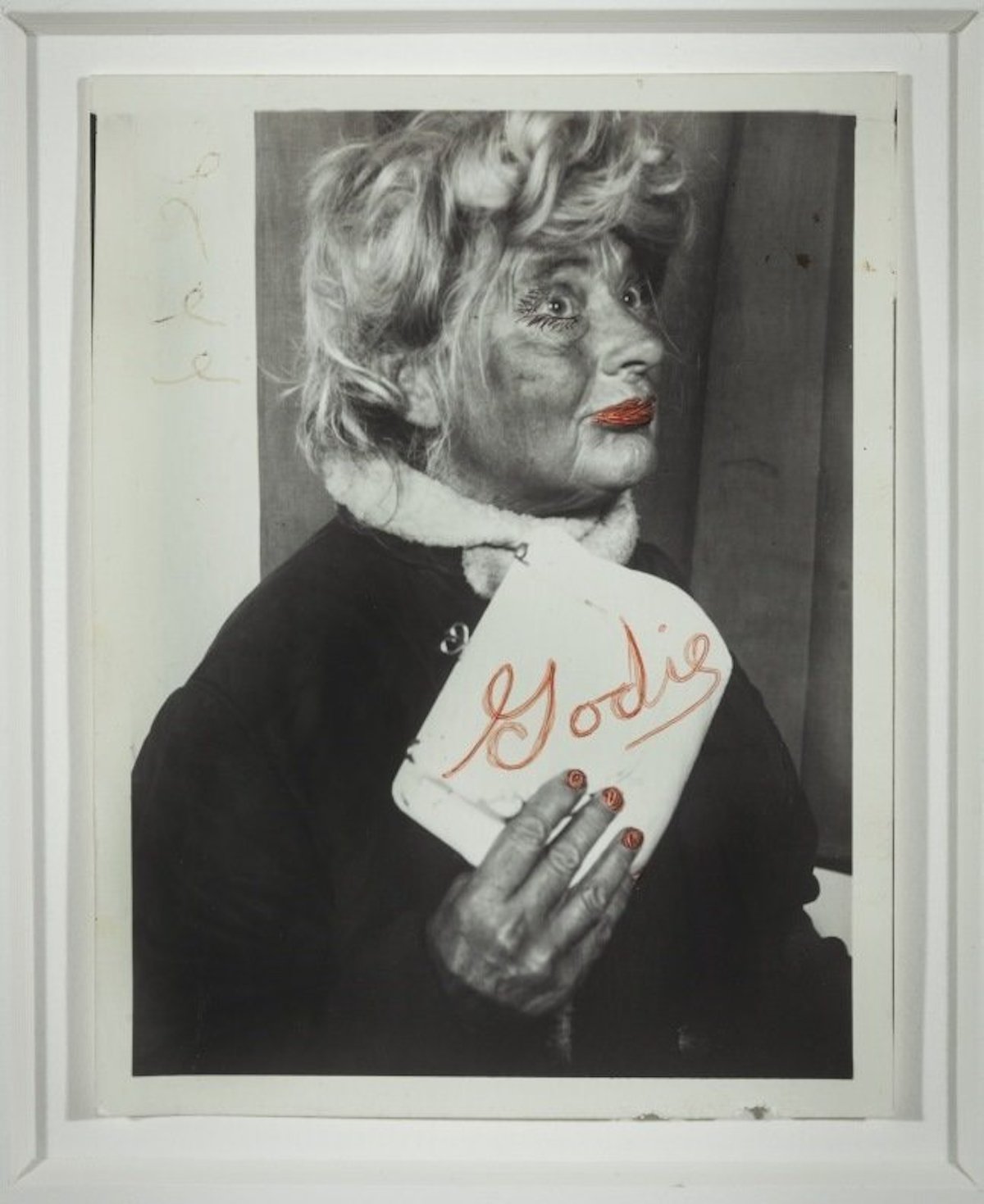 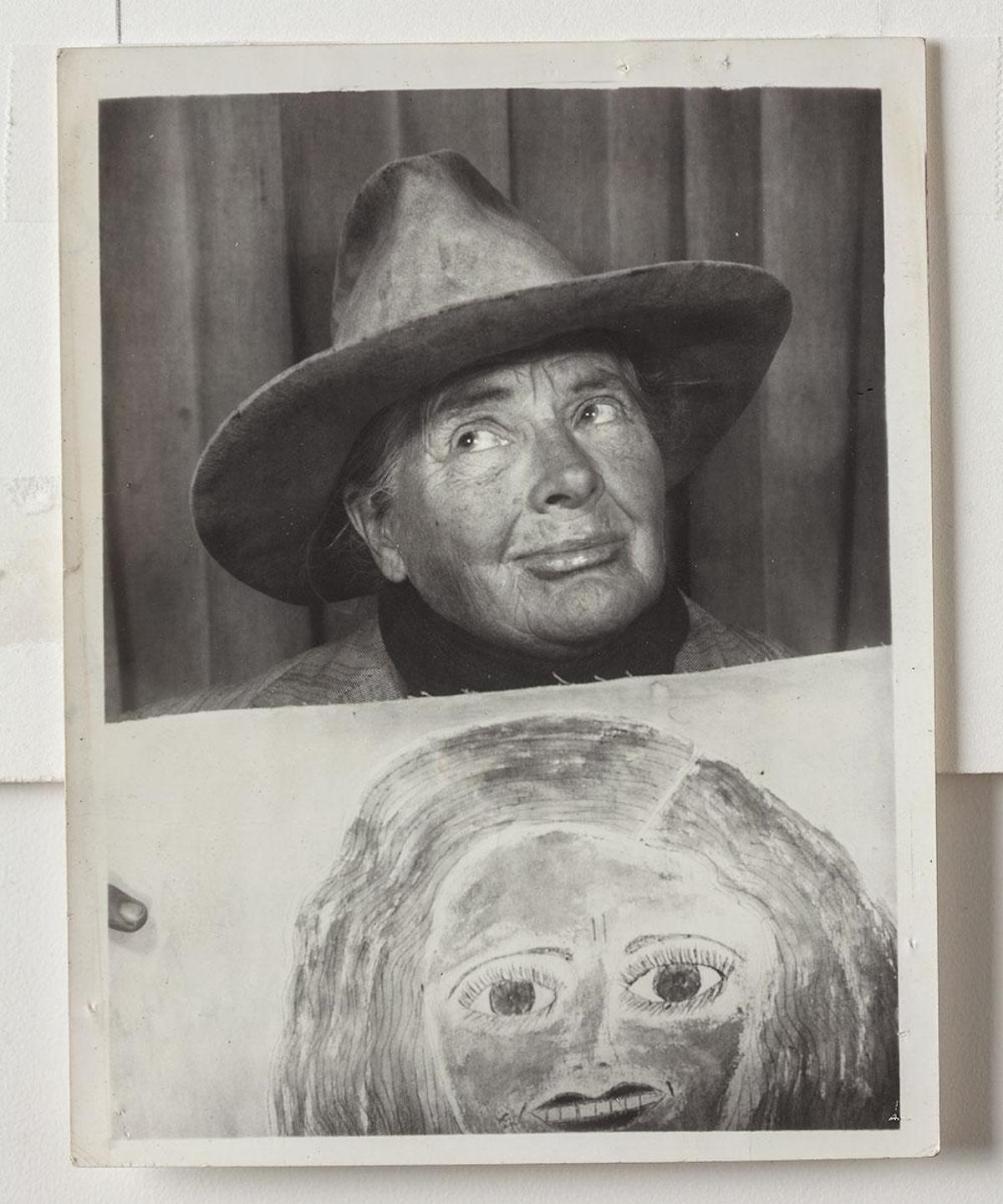 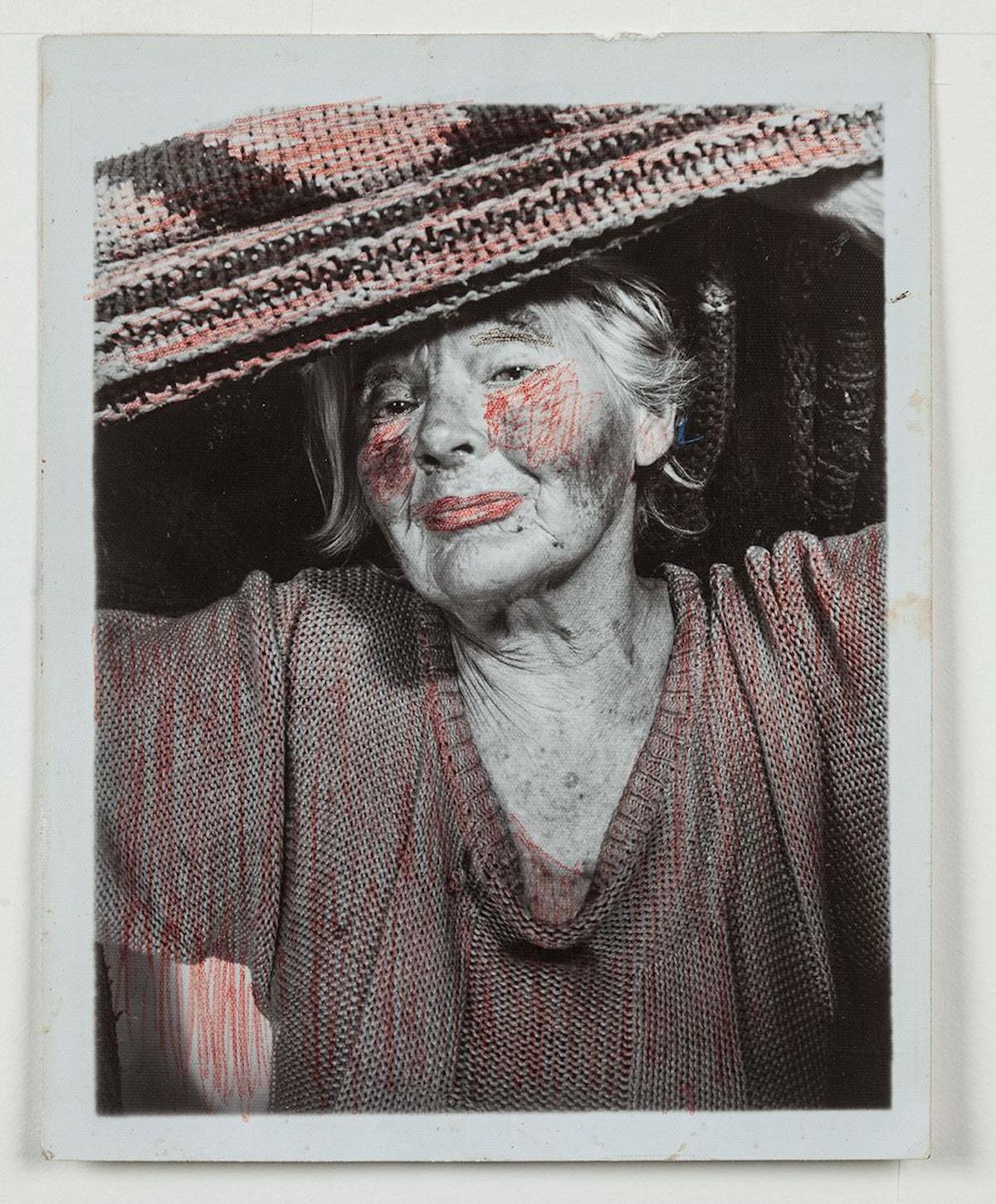 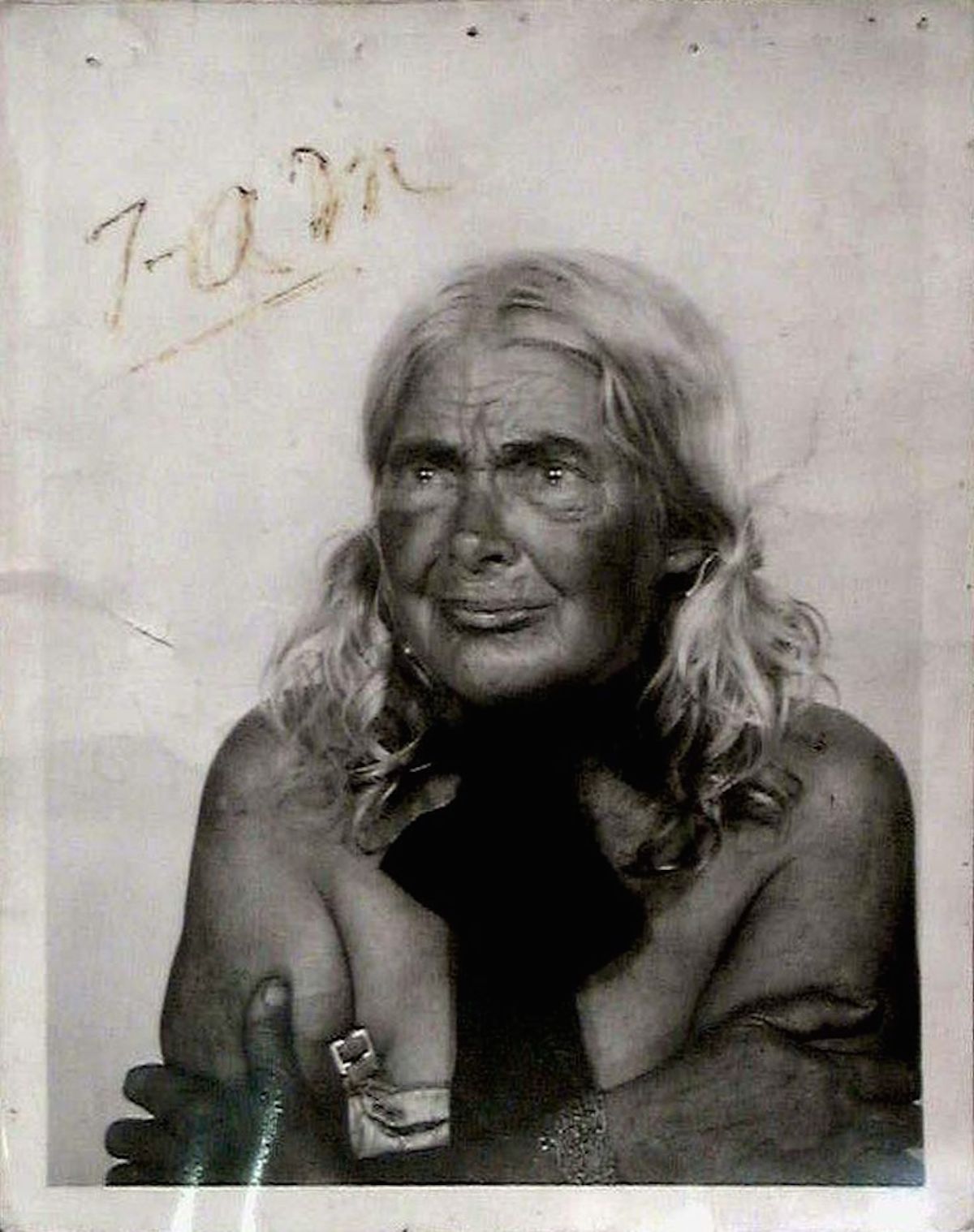 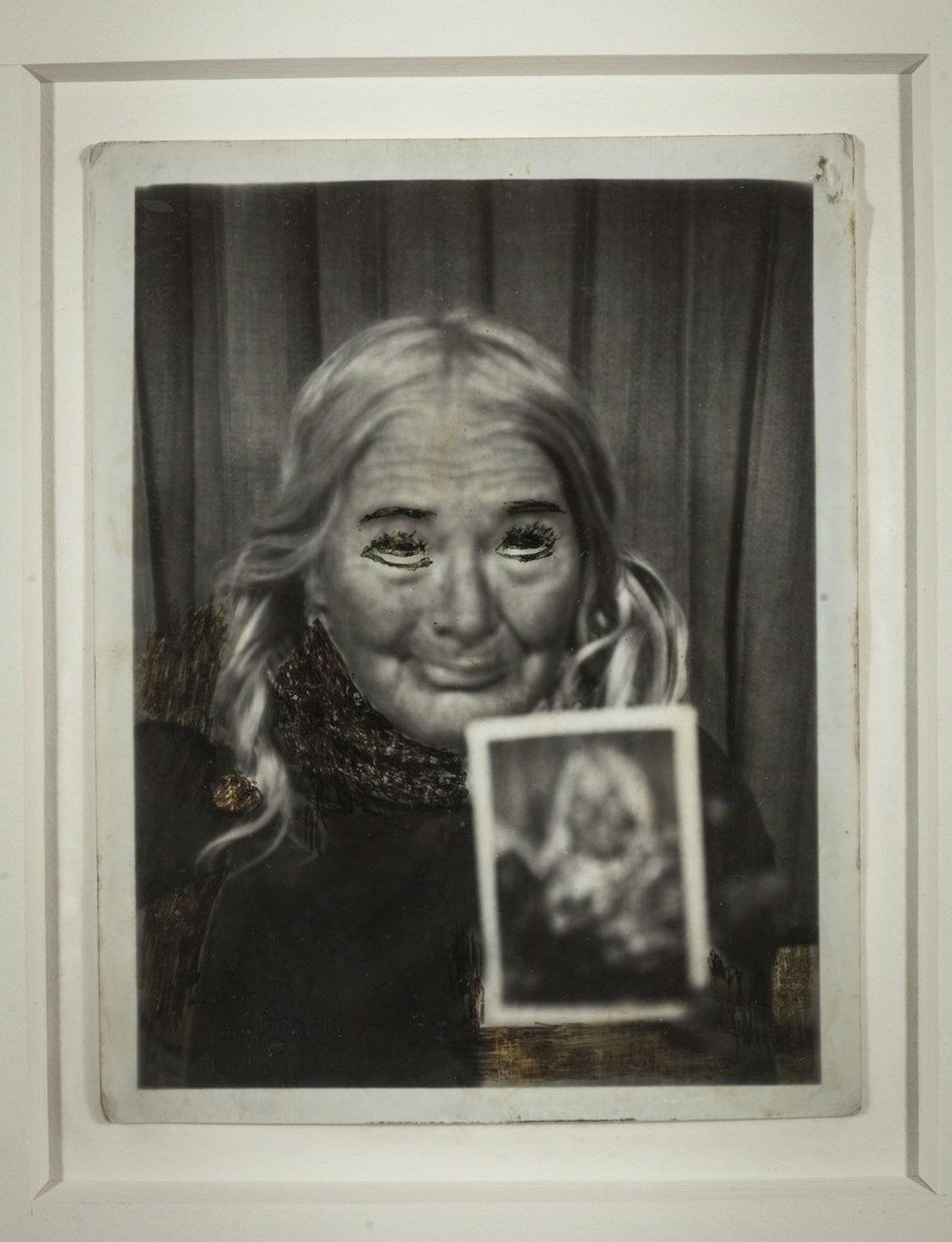 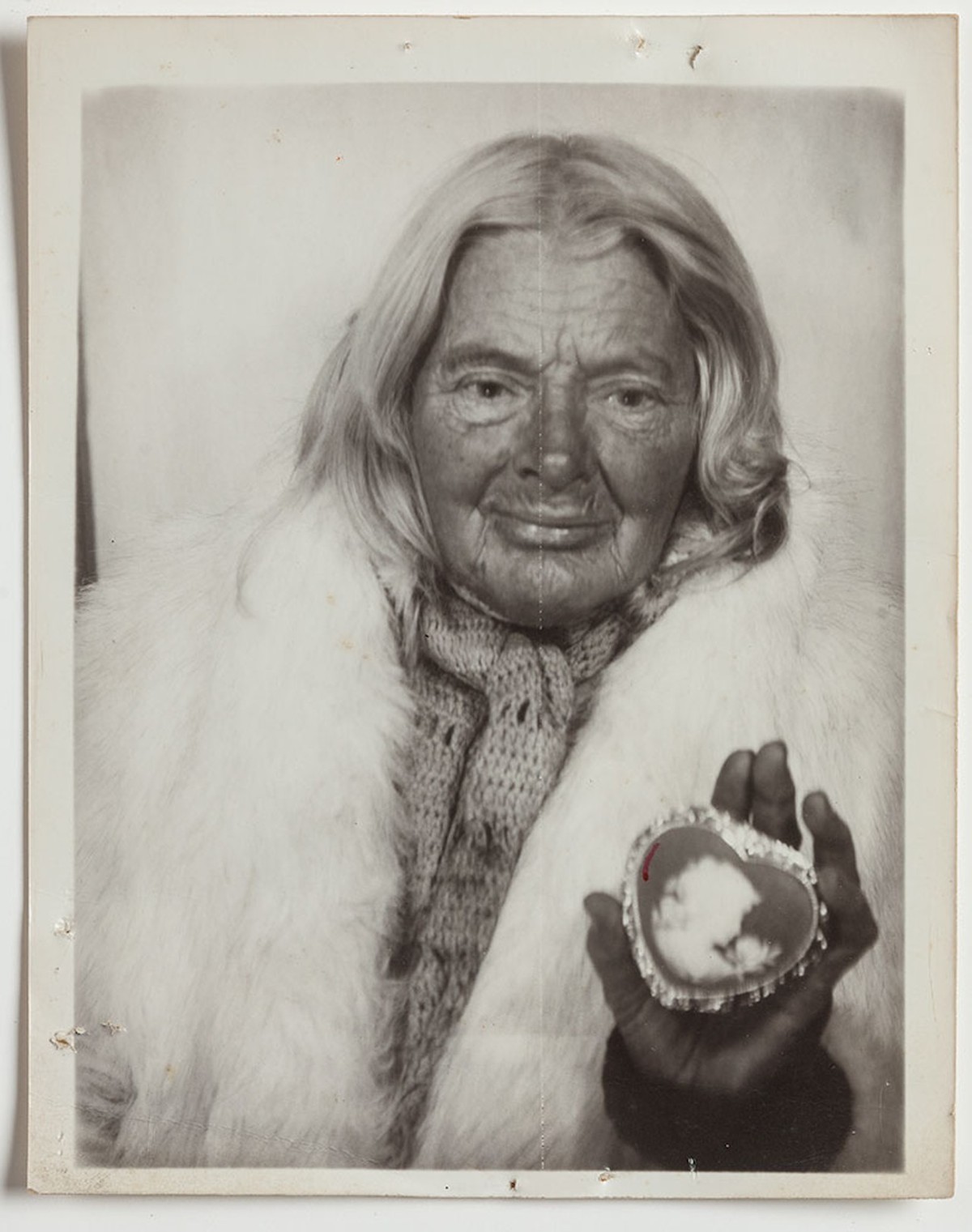