“Do you think I’ll be different when you’re through?” 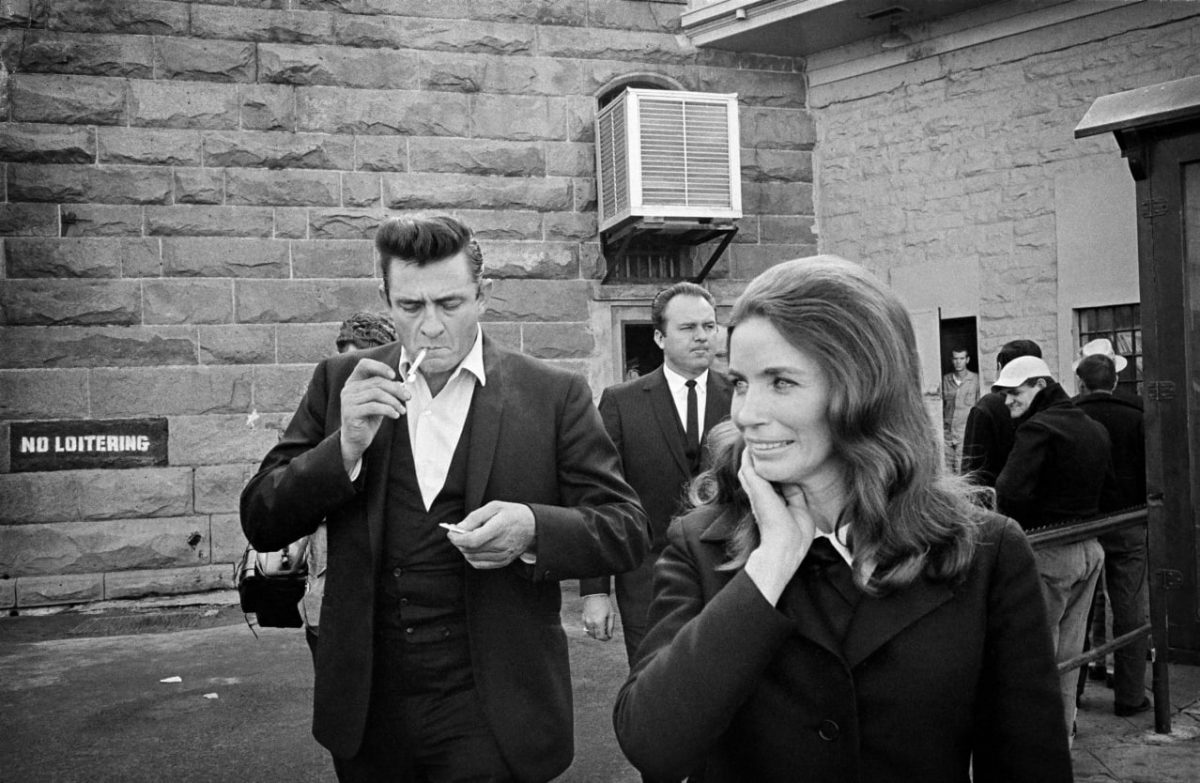 Johnny Cash’s “Folsom Prison Blues” still stands as the ultimate outlaw song. With the infamous line “I shot a man in Reno just to watch him die,” he proclaims himself a killer badass, the kind of guy most people wouldn’t want to see released from prison. But Cash’s sympathy for the outlaw went much further than playing an exaggerated version onstage, even on the stages of famous prisons like Folsom.

In “San Quentin,” he articulates the problem of prisons: No matter how badly behaved people may be when they go in, they aren’t any better adjusted when they come out: “May all the world forget you ever stood / And may all the world regret you did no good.” Prisons, Cash recognized, are as much a blight as the violent crime that supposedly justifies their existence. 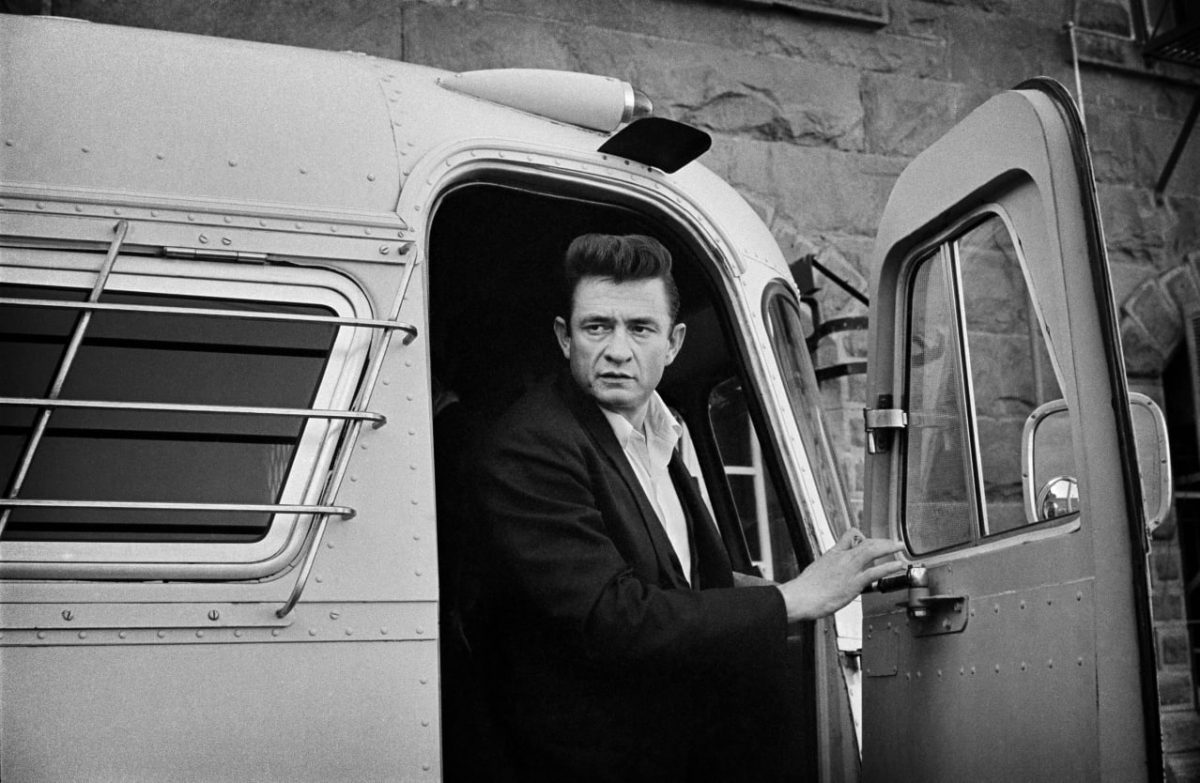 “In the 1960s in America, there was a growing realization that prisons were ineffective,” says Cash biographer Michael Streissguth. “They were merely training inmates to be better criminals. So the recidivism rate, people coming back to incarceration, was very high.” That’s not even to mention the trauma, lack of opportunity, and social stigma that shadow those who are released.

Cash “connected with the idea that a man could be redeemed,” as part of his religious conviction and his unflagging compassion for those down on their luck. “He always identified with the underdog,” his younger brother Tommy remarks. Though he wouldn’t play Folsom until 1968, the identification with incarcerated people began fifteen years earlier, when he saw the documentary film Inside the Walls of Folsom Prison while a 21-year-old radio operator in the Air Force. 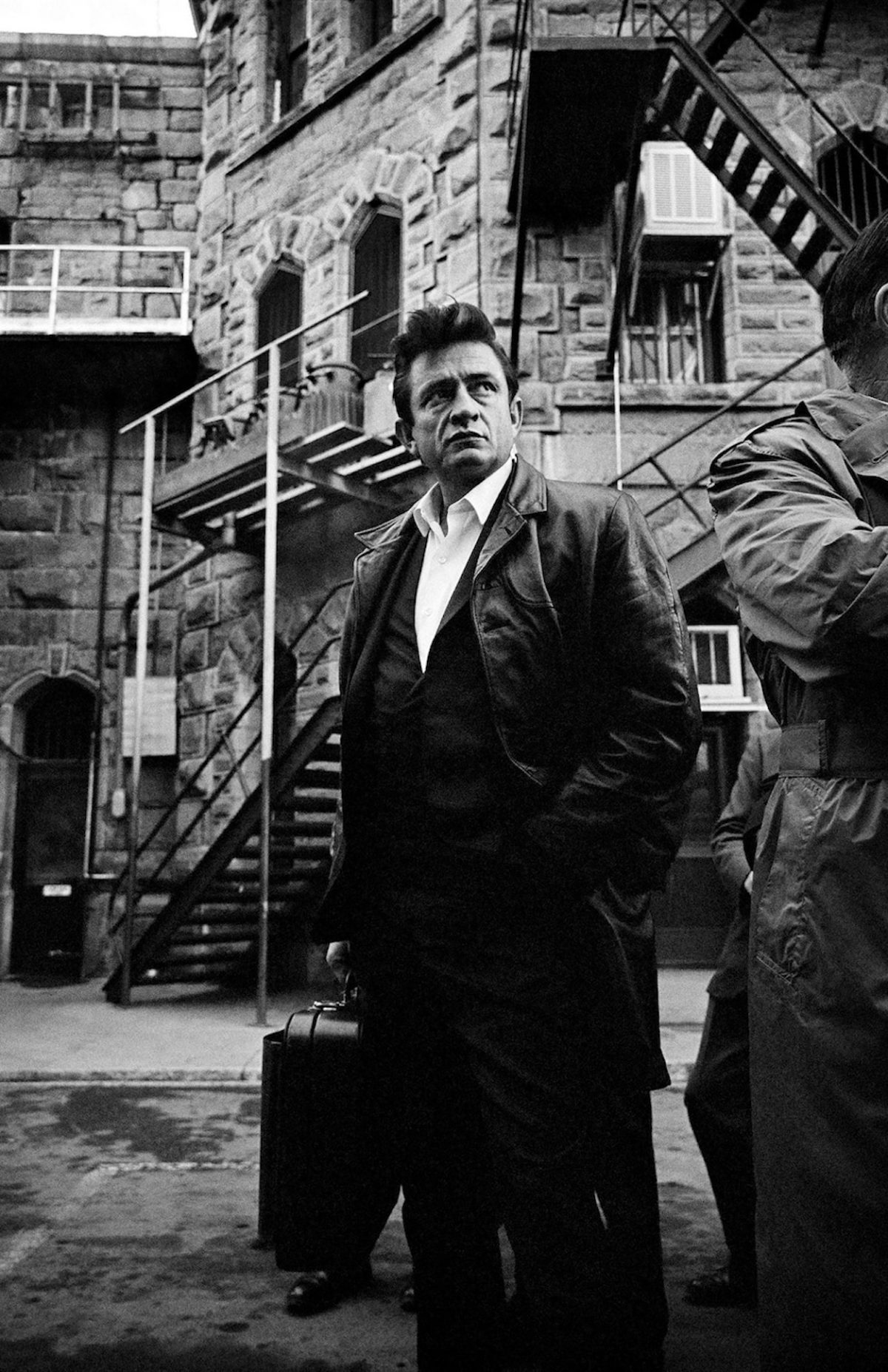 The film inspired his signature song, which netted Cash a hundreds of letters from inmates and invitations to perform at prisons all over the country. He played his first show on the inside in 1957 at the Huntsville State Prison in Texas. The live albums recorded at Folsom and San Quentin are the most famous of his prison concerts, but they represent only two shows out of dozens he played over the next 30 years, all unpaid, working the gigs into a hectic touring schedule.

“During these visits,” notes The Boot, “Cash took the time to sit down with the inmates, in metal folding chairs, and hear their horror stories – everywhere from Arkansas to the West Coast – of fights, sexual assault and murder.”

Cash became a media poster child for the social issue during the height of the civil rights era in America. He donated a portion of proceeds from his hit prison albums to reform campaigns, and in 1972, he took his activism directly to the seat of power, testifying in front of the United States Senate Committee on the Judiciary’s subcommittee for prison reform. He also sat down with President Richard Nixon to plead his case.

In his later years, Cash moved his charitable efforts to less-risky endeavors, but he commonly kept in touch with prisoners and visited those near his home in Tennessee.

This side of Cash fully emerged after he got clean. But in the late sixties he “was looked upon by most insiders as a pill-popping, hard-living, show-missing, adulterous rebel who was the next star candidate for a Hank Williams body bag,” as Marty Stuart writes in the introduction to a recent book of photographs, Johnny Cash at Folsom and San Quentin. The images come from the archives of legendary photographer Jim Marshall, who followed Cash, June Carter, the Tennessee Three, Carl Perkins, and the Statler Brothers through Folsom in 1968, then San Quentin the following year. 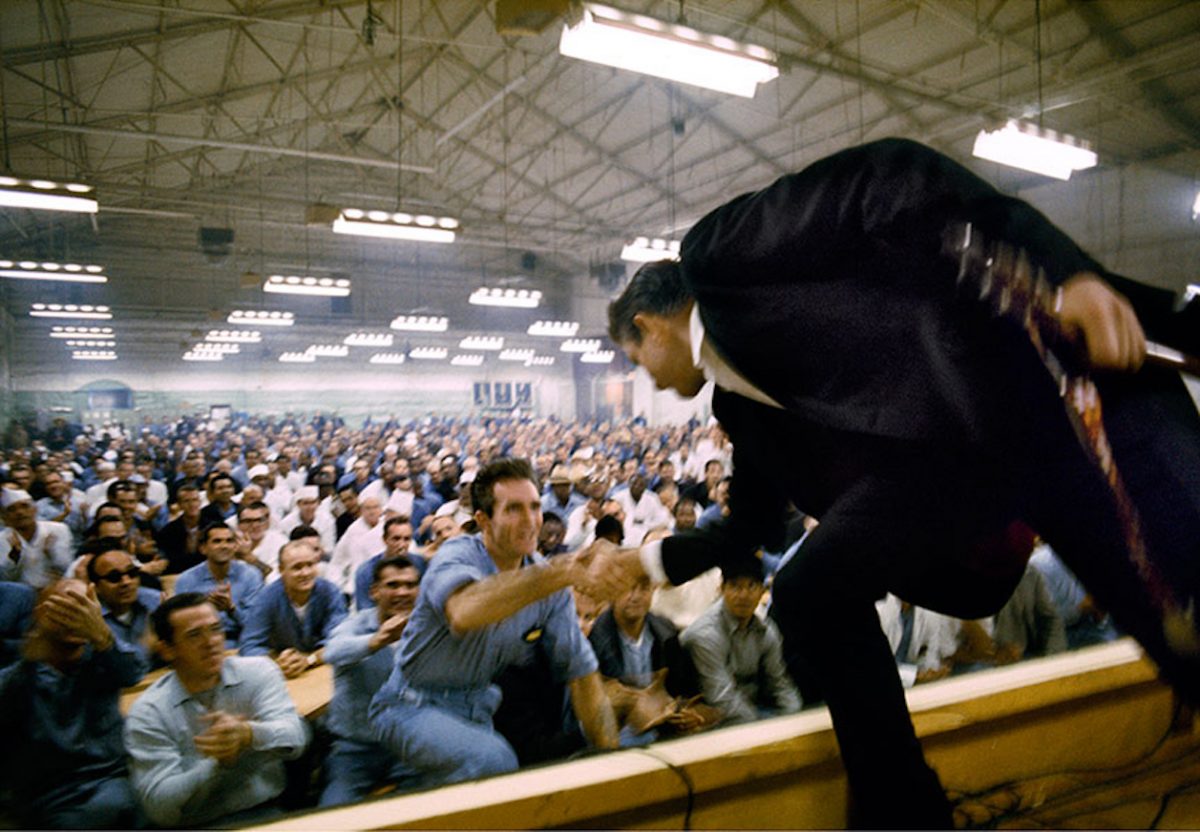 Cash pitched his record company on releasing the live albums to rejuvenate his ailing career. The gamble paid off – both became two of the best-selling albums of all time. That had everything to do with the good will and credibility Cash had already built among up among inmates. He never actually shot a man in Reno, nor spent more than a night in jail, but he became an outlaw hero in maximum security prisons for his willingness to listen to prisoners about the realities of their lives. When his belief in (and maybe his need for) redemption was shaken by one of those very inmates, however, he seemed to find prison reality harder to bear.

Cash ended both concerts at Folsom and San Quentin with “Greystone Chapel,” a song written by Folsom inmate Glen Sherley, who would go on to record an album in prison. Cash helped him win early release, petitioning then-governor Ronald Reagan on his behalf. Then he helped Sherley gain some measure of fame, and the former inmate performed with him at the Tennessee State Prison in 1974, a show later released in ’76 as A Concert: Behind Prison Walls. After that album, Sherley spiraled downward, back into old abusive habits, and Cash fired him from a tour. In 1978, Sherley shot a man, then shot himself in Gonzales, California. Johnny Cash paid for his funeral. He never played inside another prison. 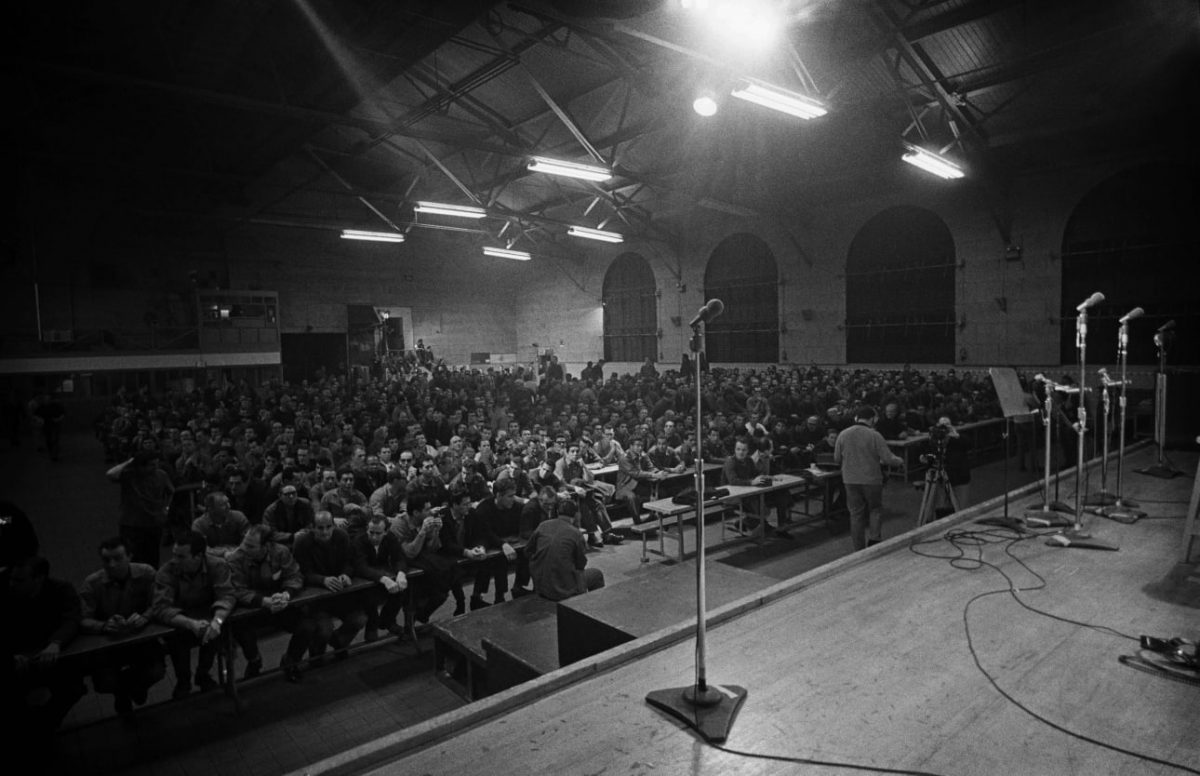 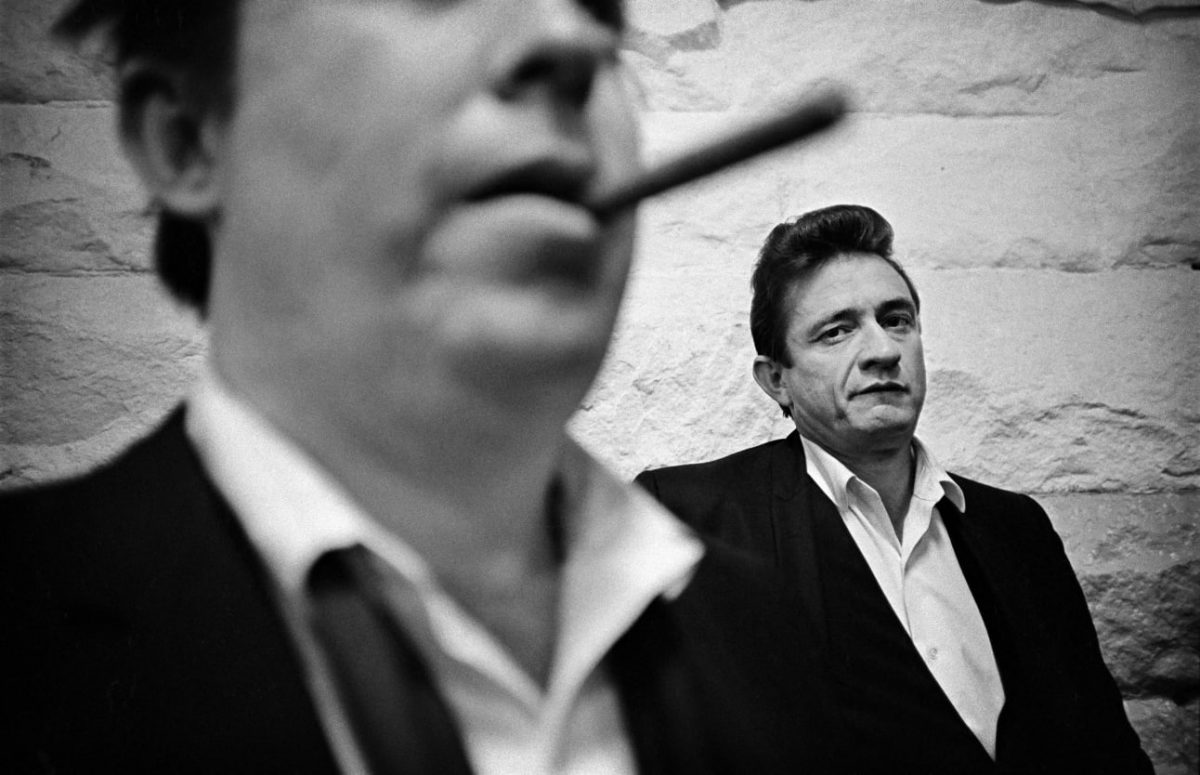 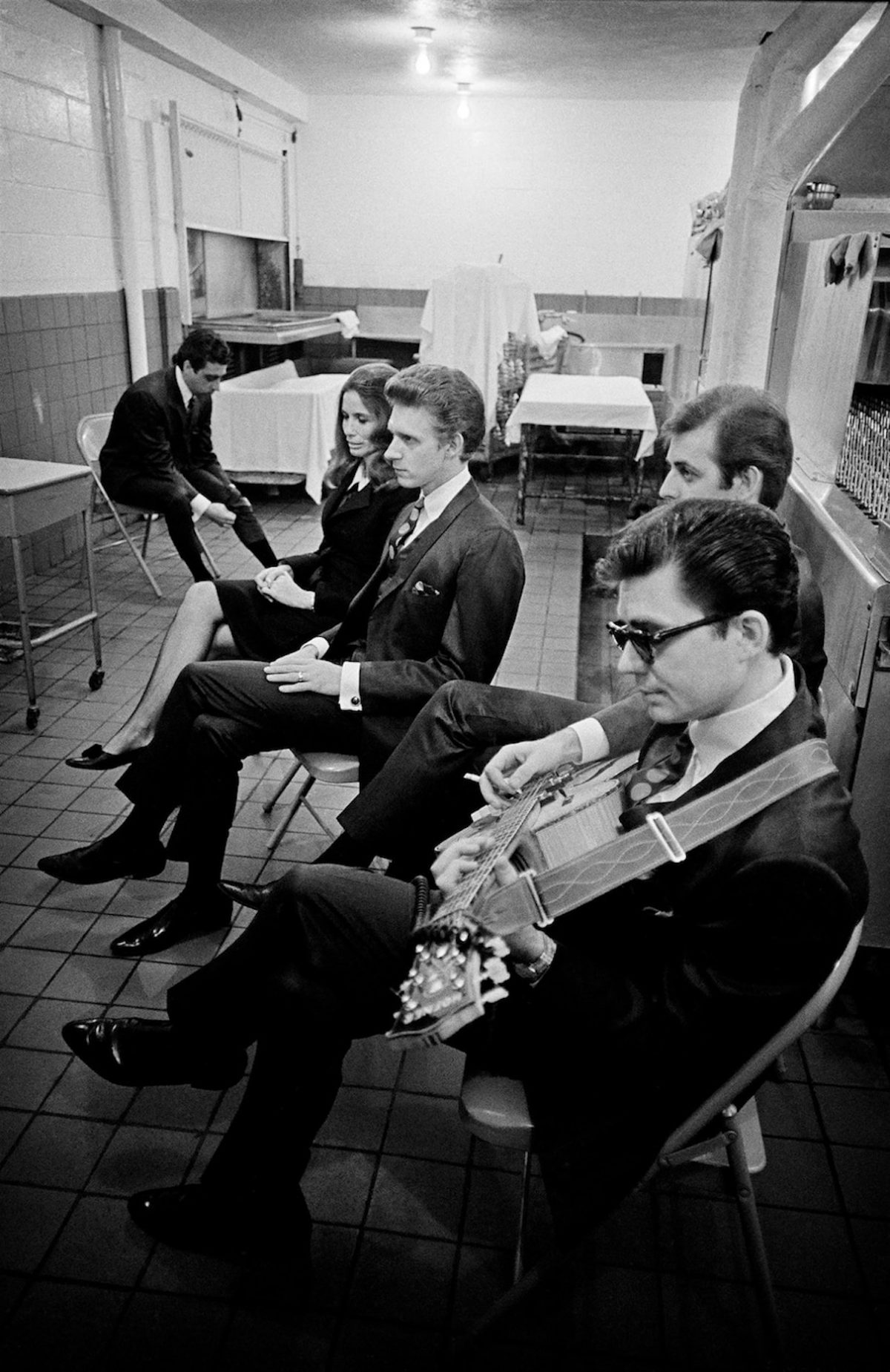 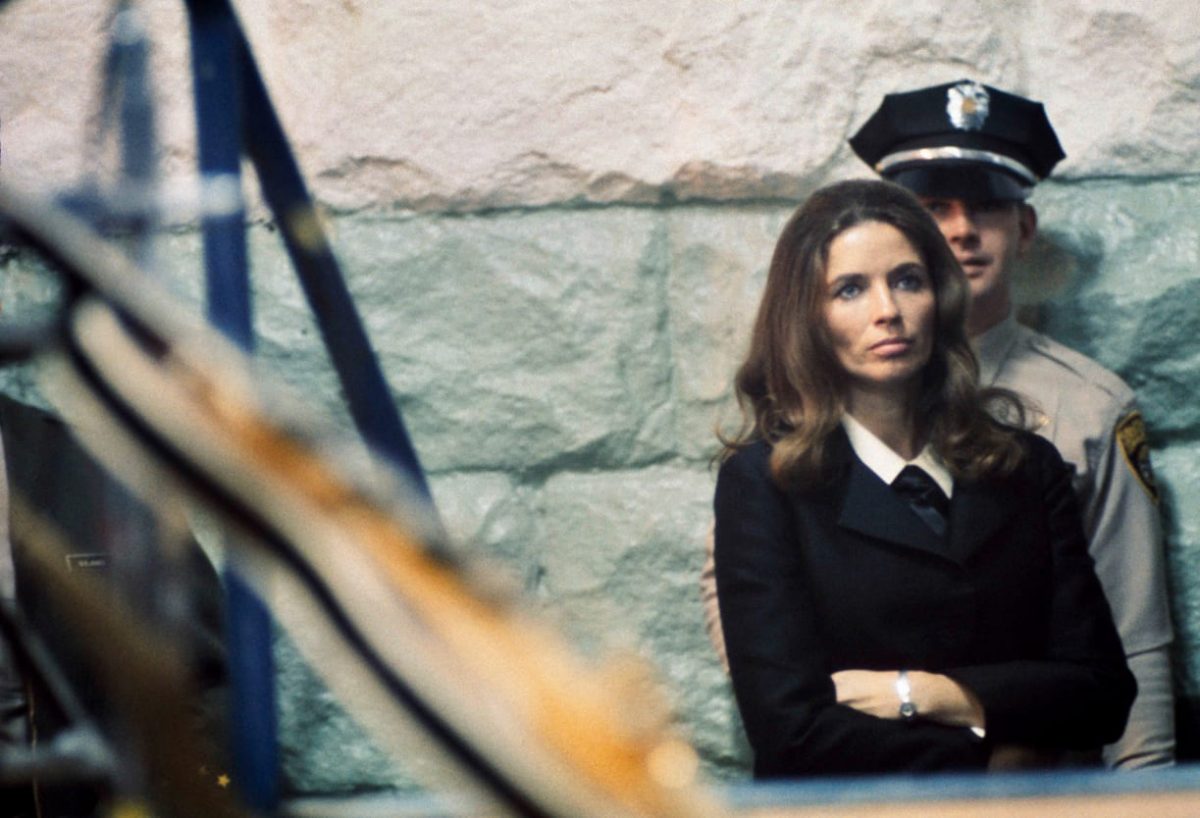 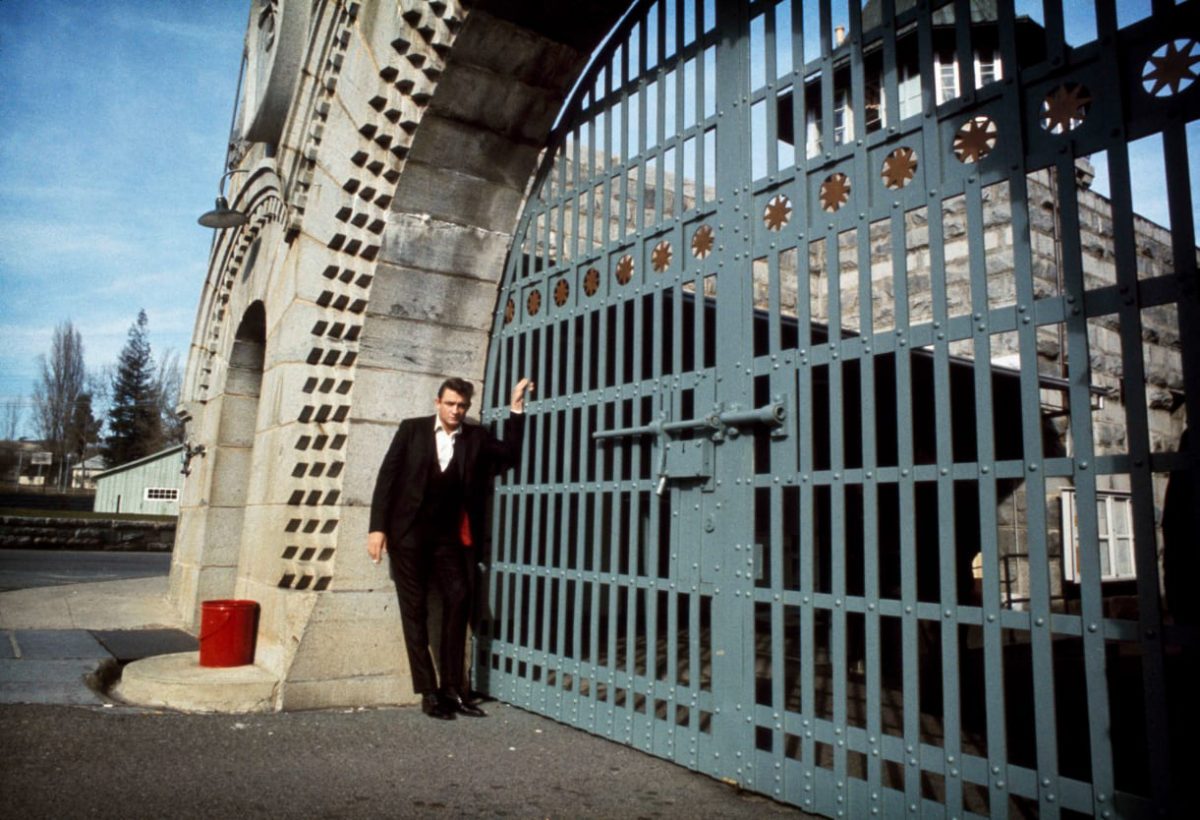 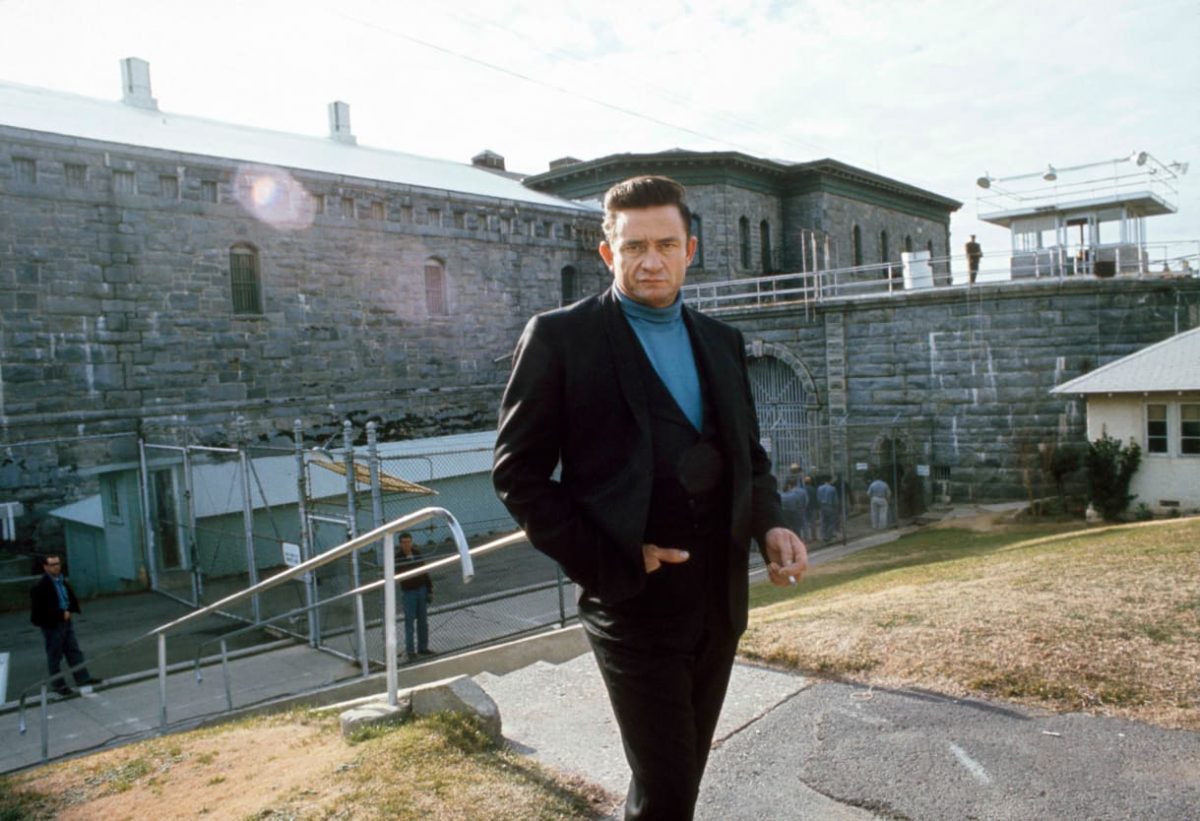 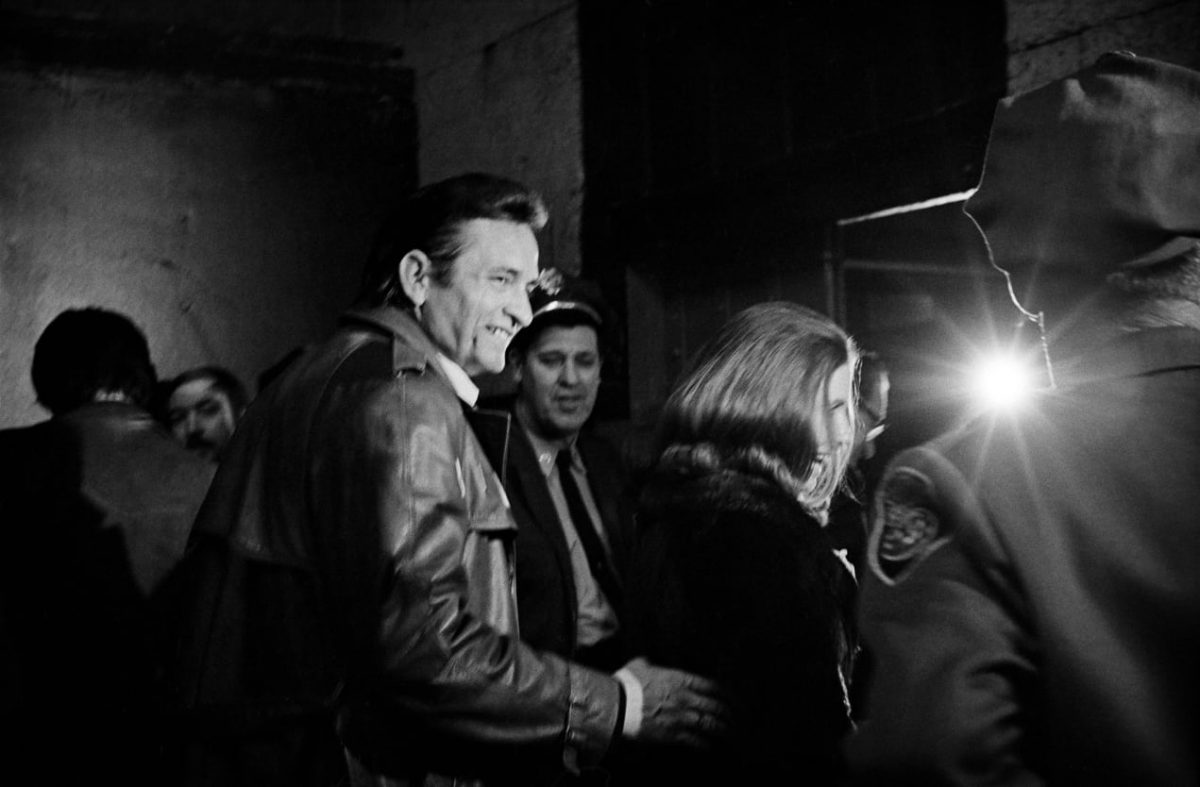 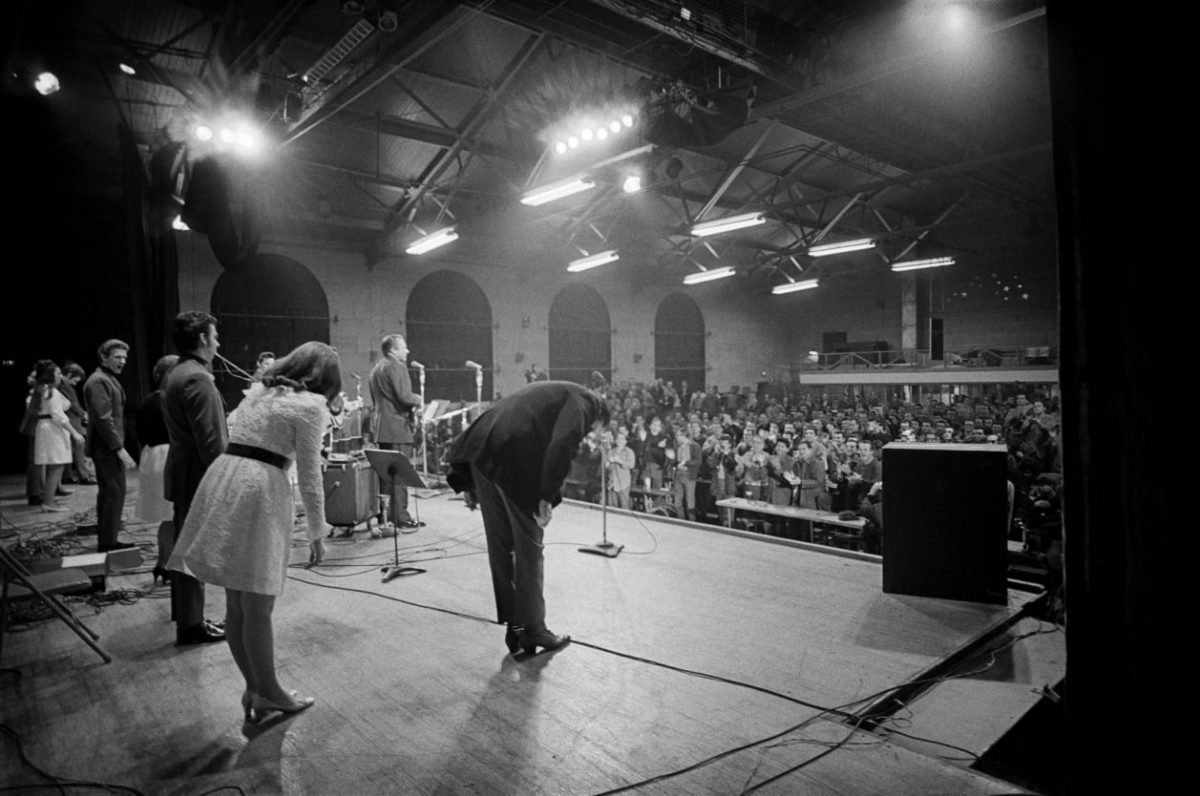 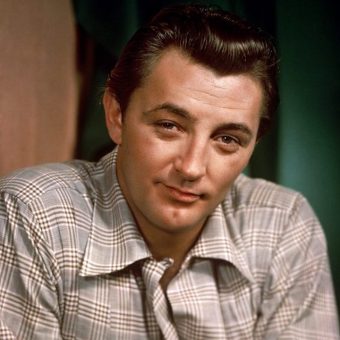