The Gibson family’s photographs of shipwrecks were taken in the late 19th and 20th centuries. Four generations of the Gibson family (1872 to 1997) photographed over 200 wrecks along the coasts of Cornwall and the Isles of Scilly in south England. The Gibsons also compiled telegraph messages of the human and mercantile cost of ships running aground off the hazardous coast. Some of these are also featured below. The Royal Museums Greenwich bought the family’s work for £122,500 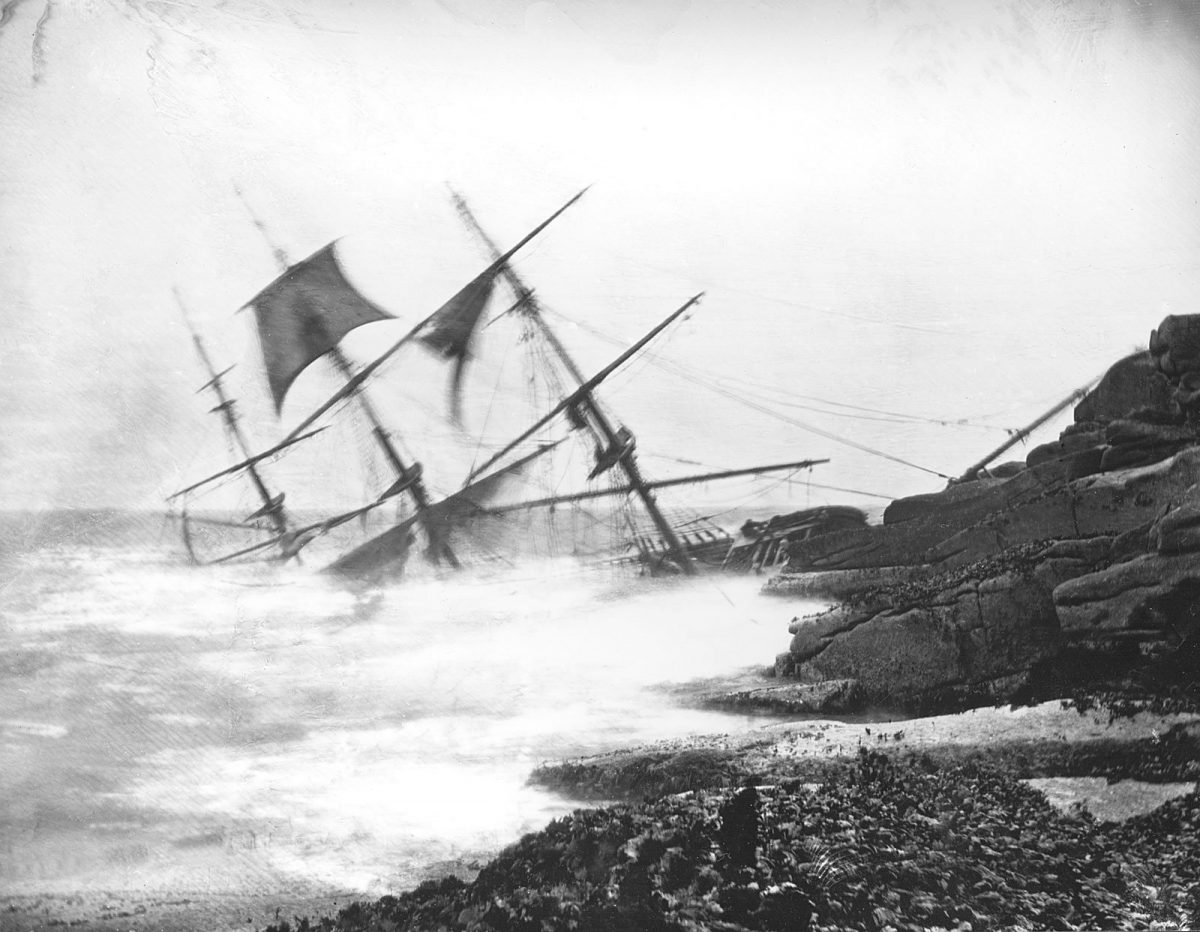 The Minnehaha was shipwrecked on 18 January 1874, while traveling from Callao, Peru, to Dublin. The 845-ton four-masted barque was carrying guano. It was wrecked off Peninnis Head, St Mary’s, Isles of Scilly. The master, pilot and eight crew drowned. 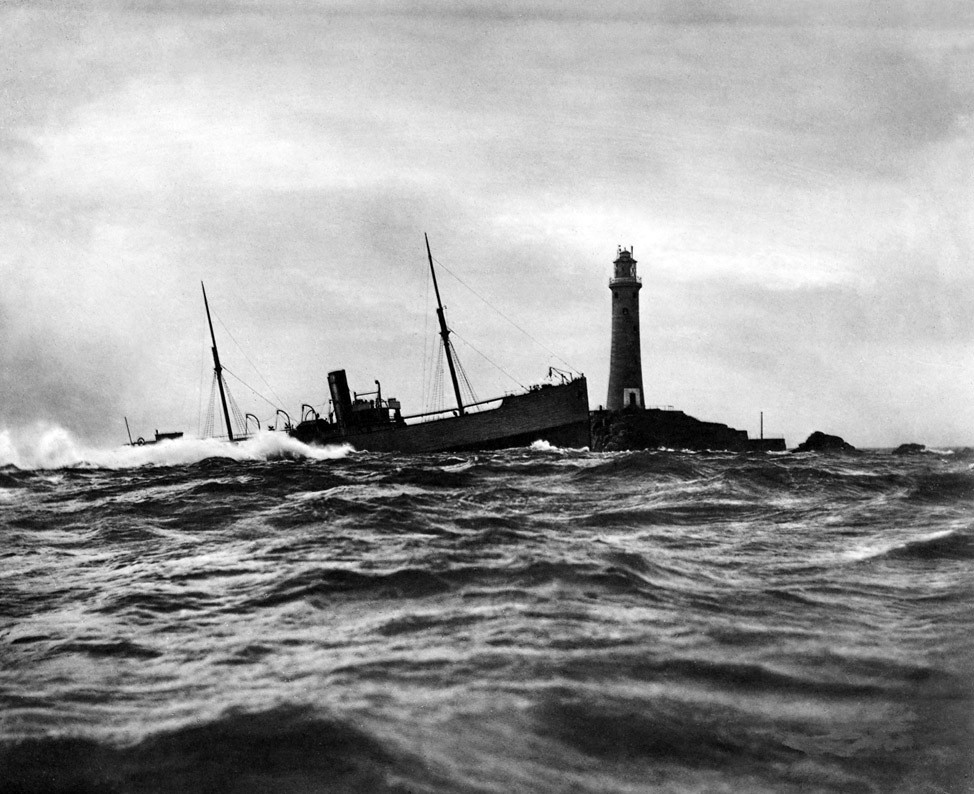 The captain went below to his cabin – and his wife – at 9.30 p.m., leaving the mate on watch. He was woken near midnight by a tremendous crash, and came on deck to find his listing ship brilliantly illuminated by the lighthouse only a few yards away. Captain, wife and crew took to their boats and were picked up by the Sennen lifeboat. How the mate managed to play moth to this gigantic candle – the weather was poor, but provided at least two miles’ visibility – has remained a mystery. The Blue Jacket sat perched in this ludicrous position for over a year.

“The steamer Brinkburn, belonging to Messrs. Harris and Dixon, of London, from Galverton for Havre, loaded with cotton, ran ashore on the Maiden Bower, Isles of Scilly, on Thursday at midnight during dense fog. The crew of 30 took to their lifeboats and landed in safety. The Brinkburn is a total wreck  – 15/12/1898” 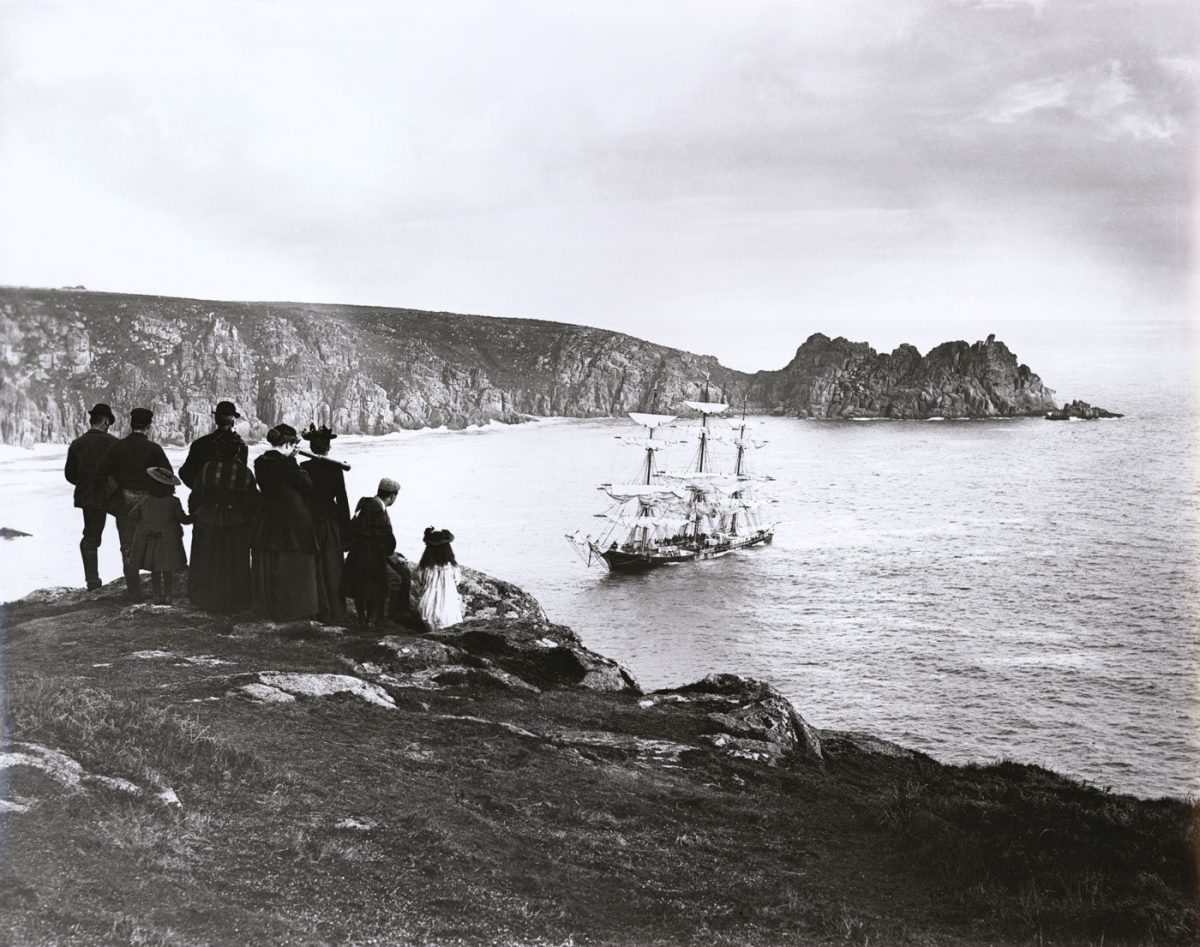 “On 3rd November 1895 this American sailing ship arrived in Falmouth with a charge of wheat from the River Plate. Given orders to discharge in Swansea she sailed on the 4th November and whilst attempting to round Lands End, struck the Lee Ore rock of the Runnel Stone. Taken in tow by the Cardiff tug Elliot and Jeffrey she was beached in the shallows of Porthcurno. She quickly settled, and when the wheat began to swell and the hatches burst under the pressure, she was abandoned. She broke up soon afterwards in a winter gale.

“Struck on the Runnel Stone, three miles south-east of Land’s End, November 4, 1895. This fine Yankee windjammer was making for Swansea from Falmouth. A navigation error by the mate seems to have been the cause of disaster. She was hauled off by a tug, but had to be towed to the nearest sandy bay, Porthcurno. She settled rapidly, and when the cargo of wheat began to swell the crew took to boats. The Granite Slate was soon afterwards destroyed completely by a gale.” 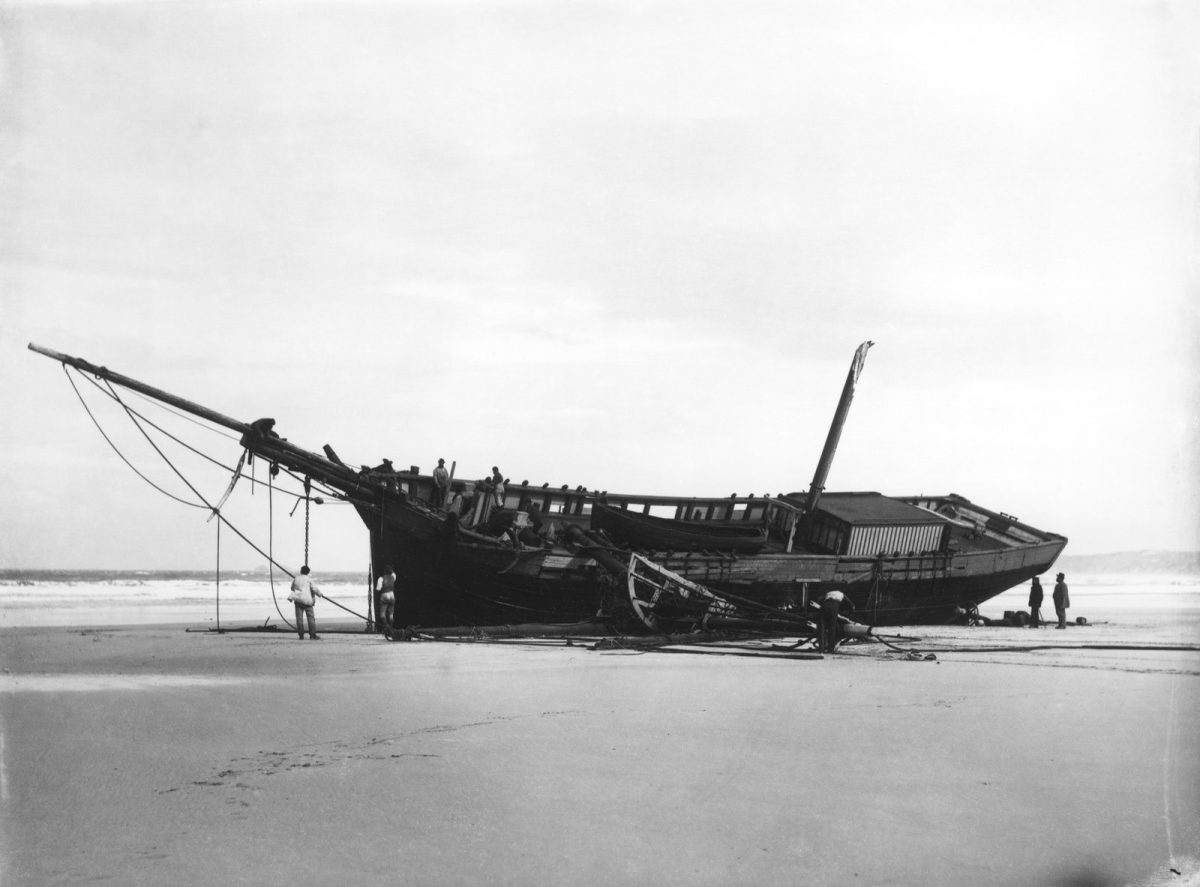 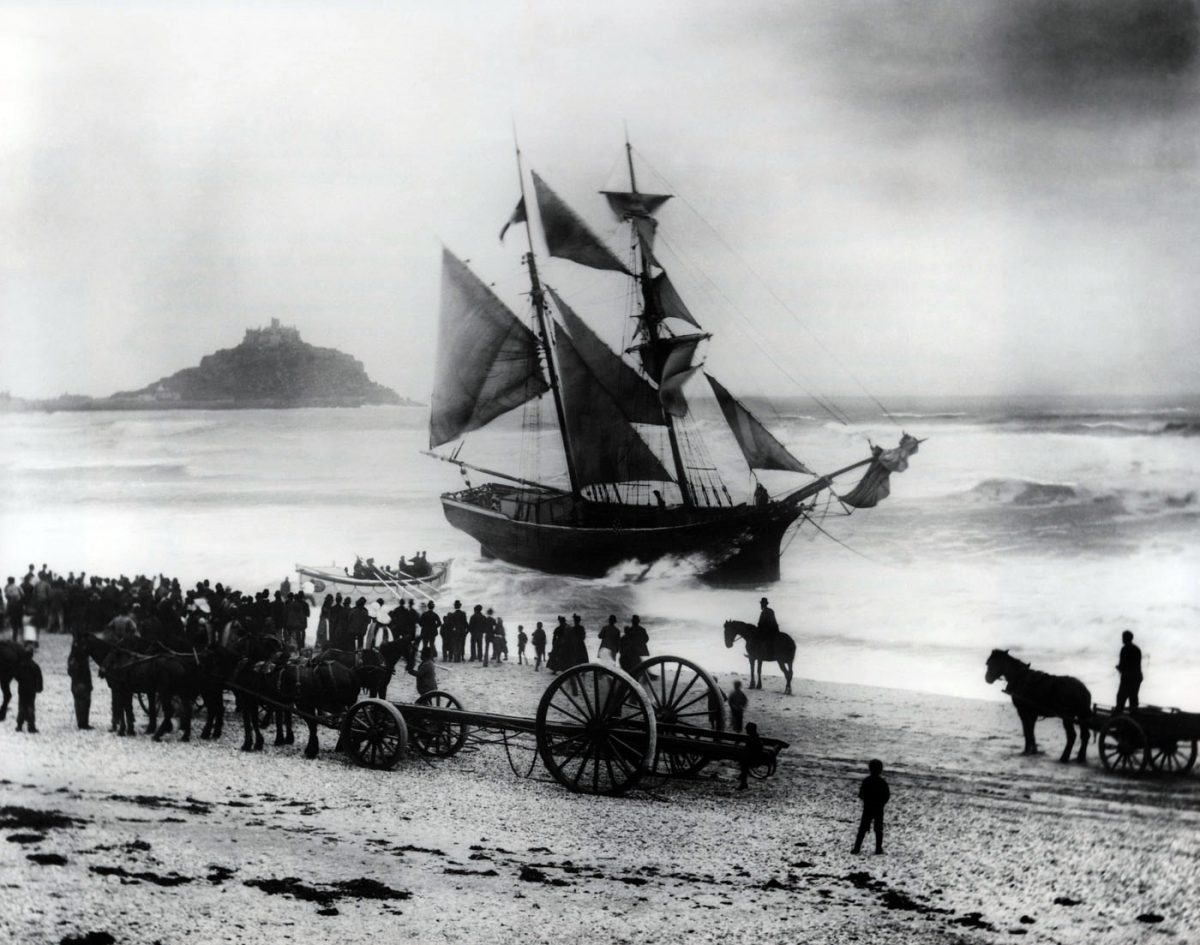 “The French brigantine Jeune Hortense was swept on to the beach when she came into Mount’s Bay to land the body of a Fowey man who had died in France.

“The schooner wrecked at Long Rock, Cornwall. The Penzance lifeboat, having been brought by carriage to the beach near Marazion, rescued four crew.

“The foreground carriage is for the Penzance lifeboat” 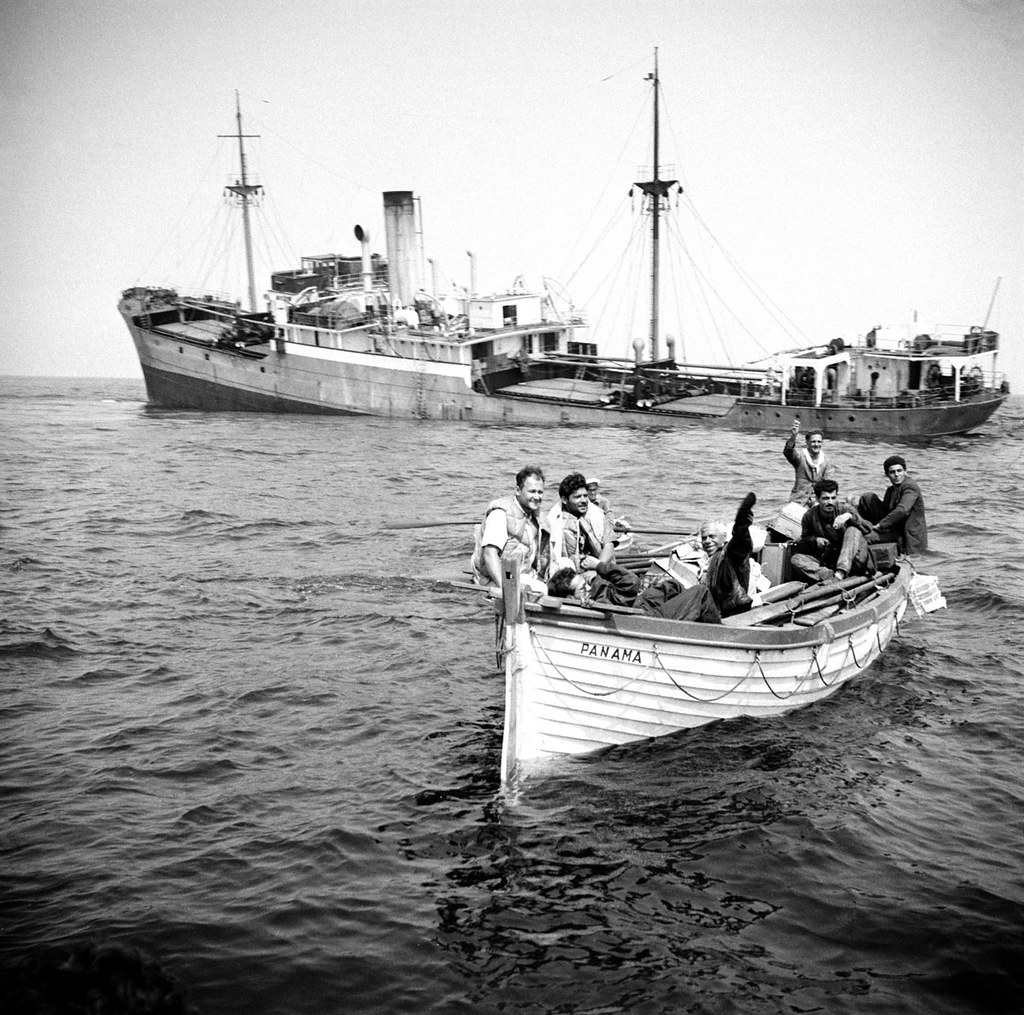 SS Punta- Steamer from Panama ran into the Sevenstones and crew abandoned ship. She later sank. 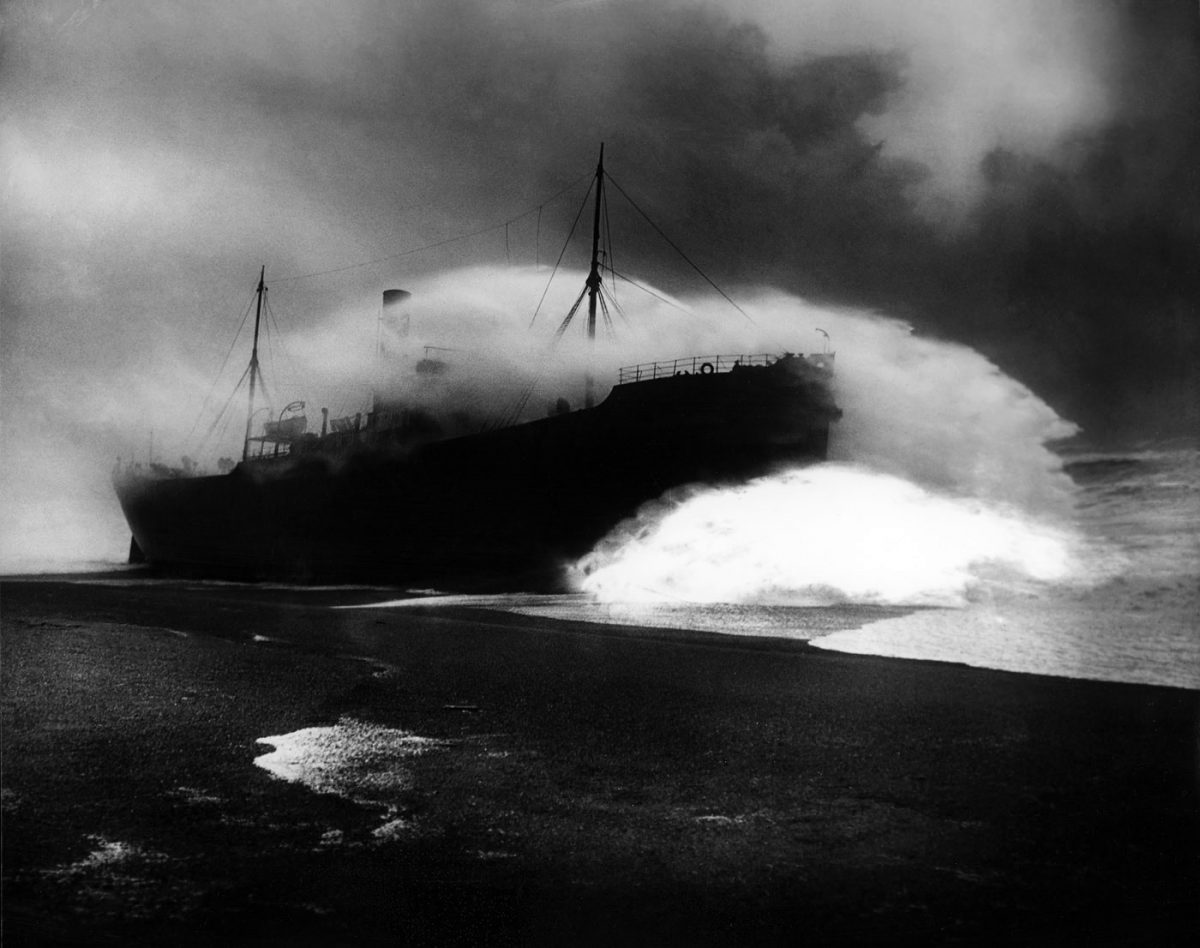 “Boxing Day 1912 was remembered by the advent of a south westerly gale, the full force of which was experienced at the Loe Bar, the stretch of shingle and sand separating the Loe Pool from the sea near Porthleven. This Italian Steamer Tripolitania was 2,297 tons.

“She became firmly embedded and despite strenuous efforts to release her from this perilous position, she was broken up and shipped as scrap from local Porthleven. It has been stated that about £8,000 had been expended on trying to save her. Many tons of sand and shingle were removed in an attempt to free the Tripolitania in the Loe Bar Sands and a great expense was incurred to try and salvage the ship. Tugs stood by for the attempt on the full tide on the morrow, but a storm arose during the night and embedded the vessel even firmer than before. After this incident hopes for refloating her were abandoned and she was broken up for scrap iron. One man was drowned and his body was never recovered.” 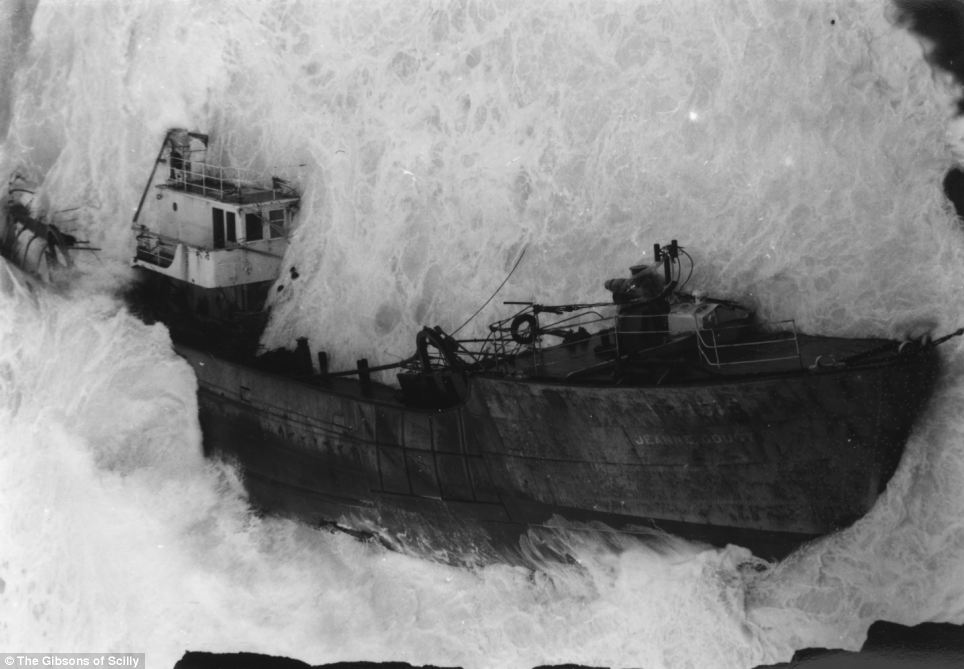 “A French trawler called the Jeanne Gougy pictured being engulfed by waves at Land’s End in 1962. It was on its way to fishing grounds on the southern Irish coast from Dieppe in France when it went aground on the north side of Lands End in the early hours of November 3rd. Twelve men including the skipper were lost, swept away by massive waved before they could be rescued.”

– A personal recollection by Dennis Morrod 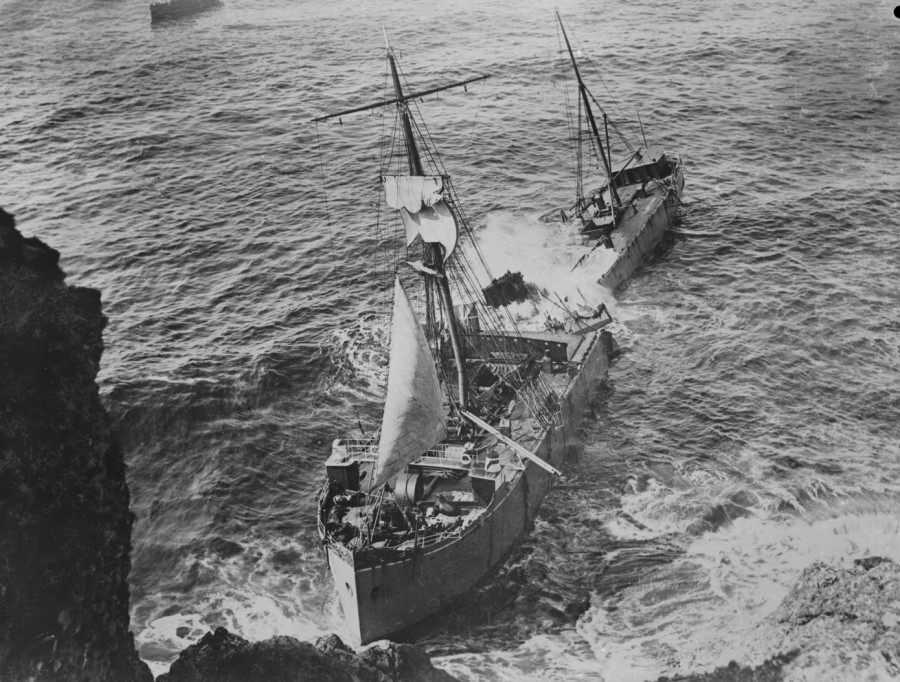 The Suffolk, Lizard, 1886 , a steamship carrying general cargo and cattle from Baltimore to London. Courtesy Sotheby’s. 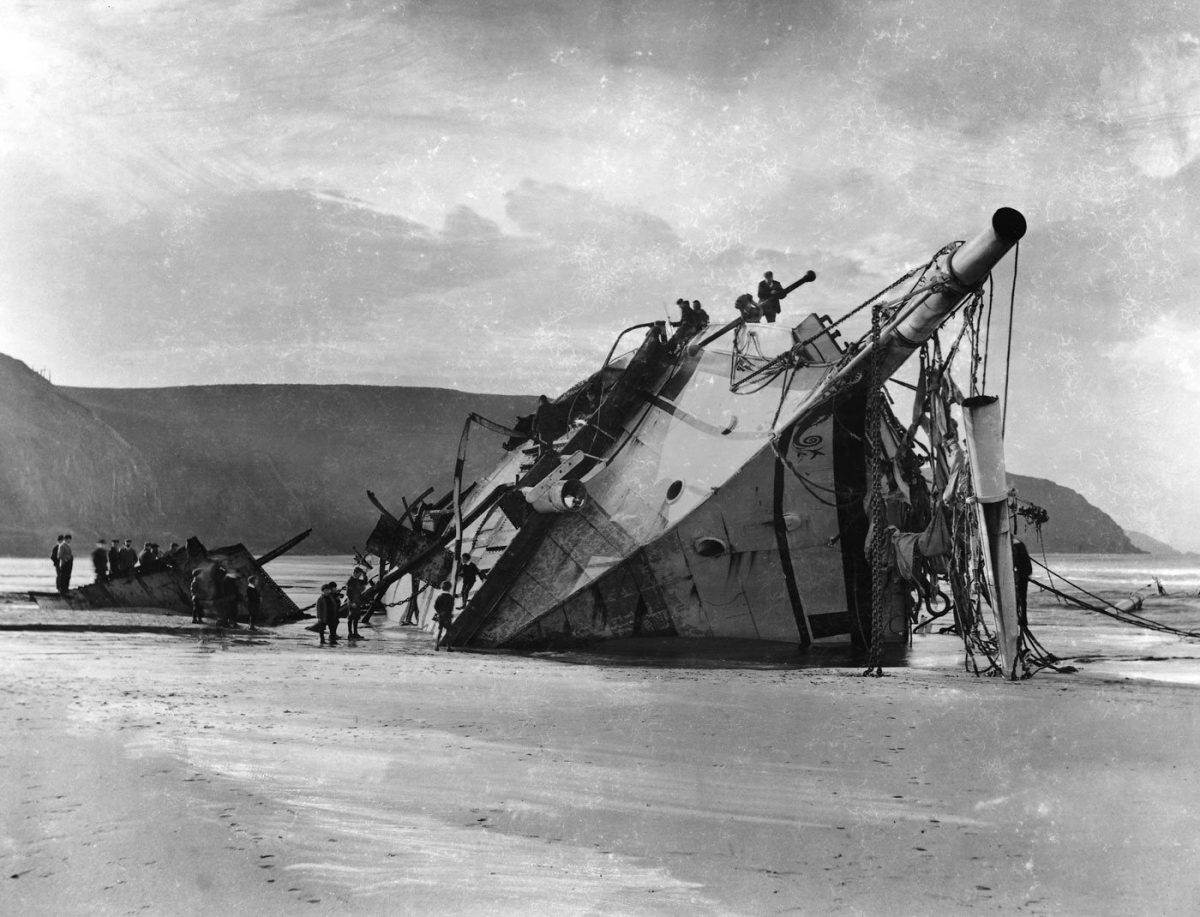 “The French ship, the barque SV Seine (built in 1899) was on her way to Falmouth with a charge of nitrate when she ran into a gale off Scilly on Decermber 28, 1900. She ran ashore in Perran Bay, Perranporth, Cornwall, but thankfully all crew members were rescued with Captain Guimper reported as the last man to leave the ship before she was broken up in the next flood tide…

“By dawn the next day she was dismasted and on her beam-ends, and broke up on the next flood-tide. Two weeks later the hulk of this celebrated barque was bought for only £42.” 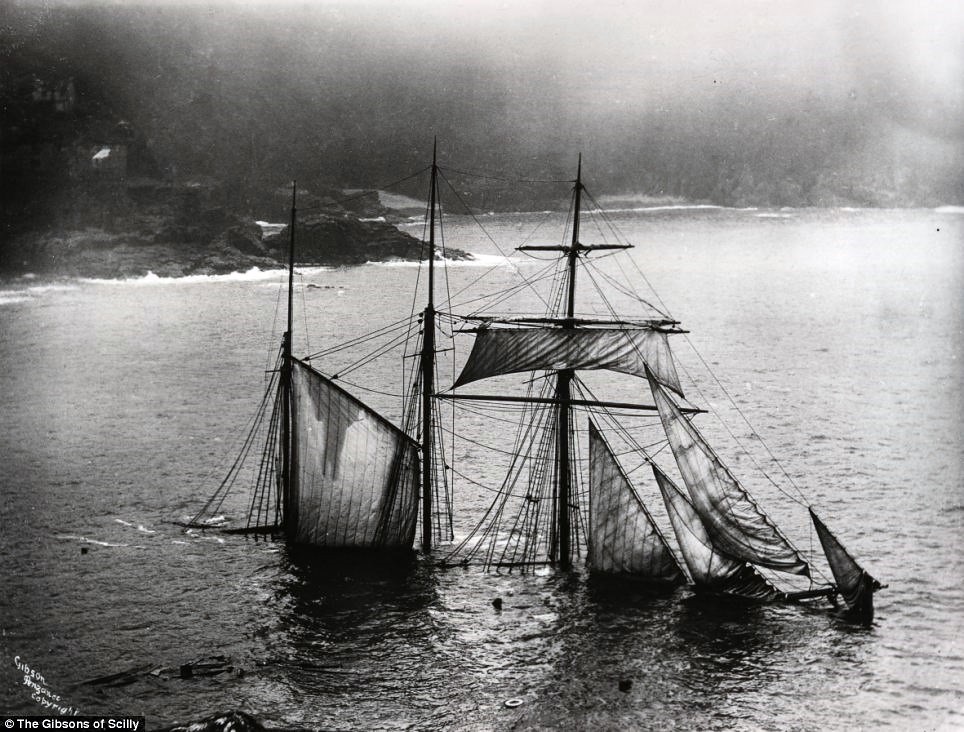 “The Mildred was traveling from Newport to London when it got stuck in dense fog and hit rocks at Gurnards Head at midnight on the 6th April 1912. Captain Larcombe and his crew of two Irishmen, one Welshman and a Mexican rowed into St. Ives as their ship was destroyed by the waves. 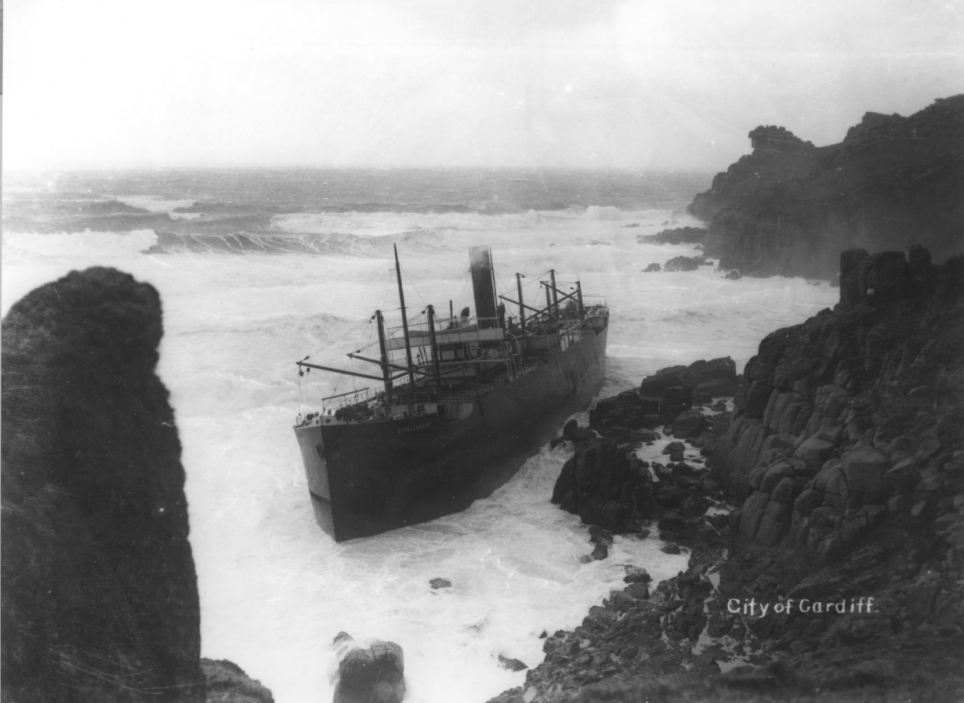 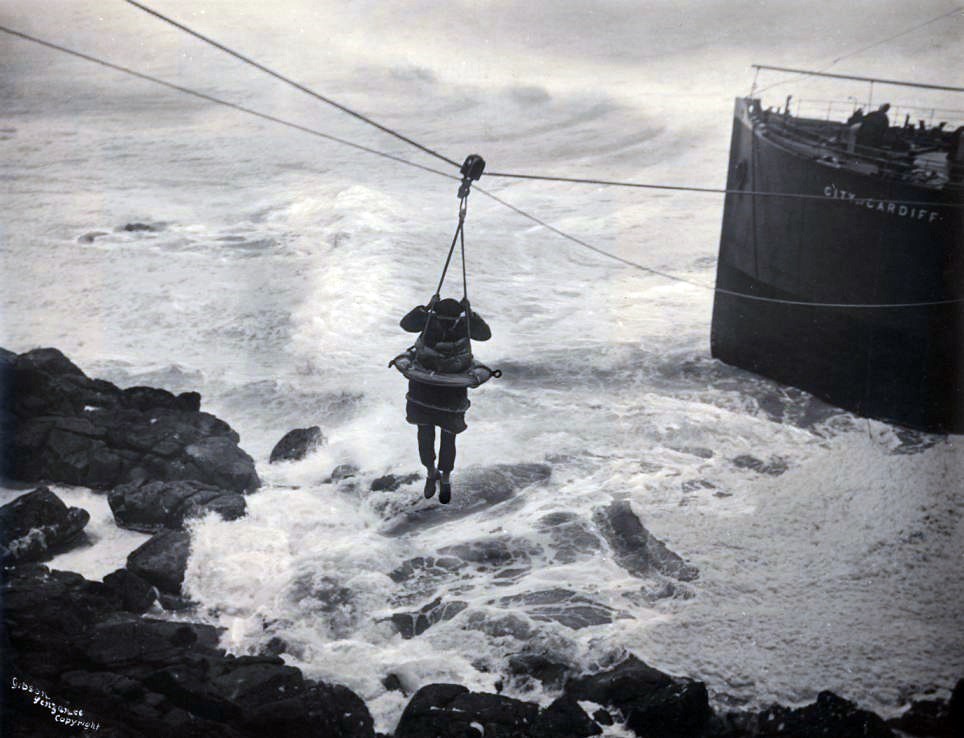 The steamer City of Cardiff pictured trapped on rocks with steam still coming out of the chimney, it was washed ashore by a strong gale in March 1912 at Nanjizel. The Captain, his wife and son, and the crew were all rescued but the vessel was left a total wreck. 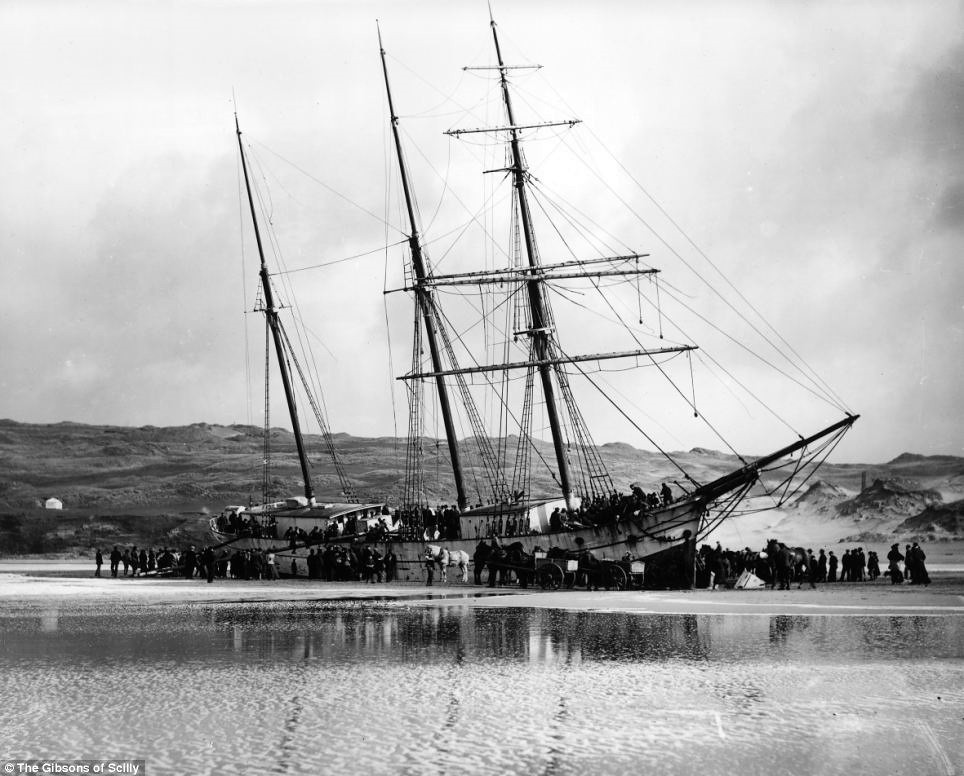 “The Dutch cargo ship Voorspoed pictured surrounded by horses used to help take away the cargo after it was wrecked at Perran Bay, Cornwall in March 1901. All of those on board died in the incident as the ship travelled from to Newfoundland, Canada to Perranporth, Cornwall.” 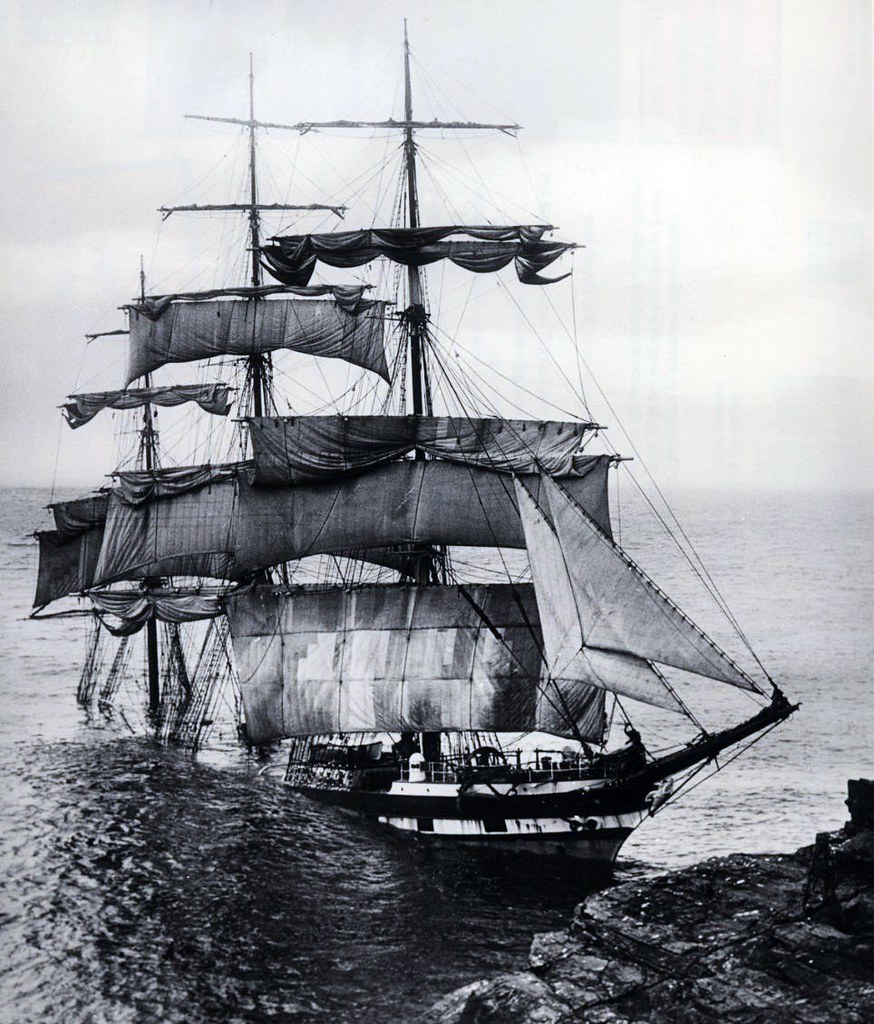 “A British built iron sailing barque, The Cromdale, ran into Lizard Point, the most southerly point of British mainland, in thick fog. The three-masted ship was on a voyage from Taltal, Chile to Fowey, Cornwall with a cargo of nitrates. There were no casualties but within a week the ship had been broken up completely by the sea.” 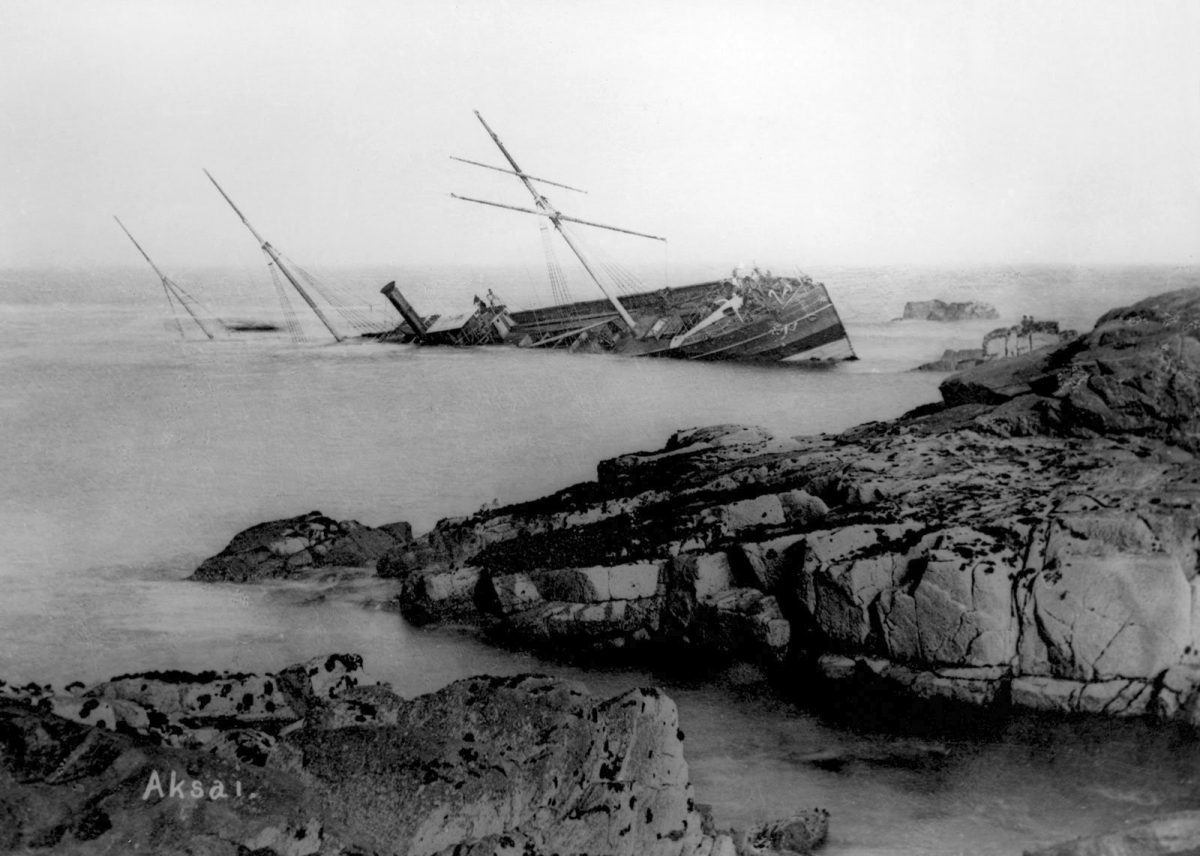 November 2, 1875- Steam AKSAI , Russian flag, sailed straight to White Island in St. Martin due to the fog, while going to Odessa loaded with Cardiff coal. The captain and his crew of 39 men were saved by the ship Lady of the Isles. Citation: Larn, Richard (1992). Shipwrecks of the Isles of Scilly. Nairn: Thomas & Lochar 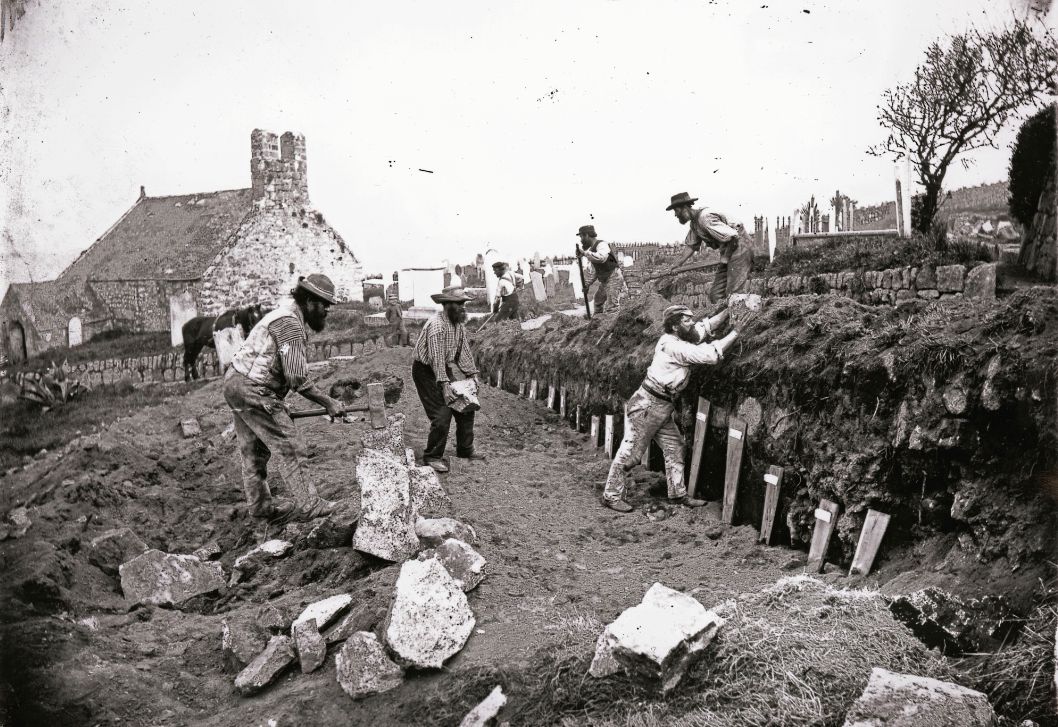 “SS Schiller was a 3,421 ton German ocean liner, one of the largest vessels of her time. Launched in 1873 she plied her trade across the Atlantic Ocean, carrying passengers between New York and Hamburg for the German Transatlantic Steam Navigation Line. She became notorious on 7 May 1875, when while operating on her normal route she hit the Retarrier Ledges in the Isles of Scilly, causing her to sink with the loss of most of her crew and passengers, totalling 335 fatalities.” 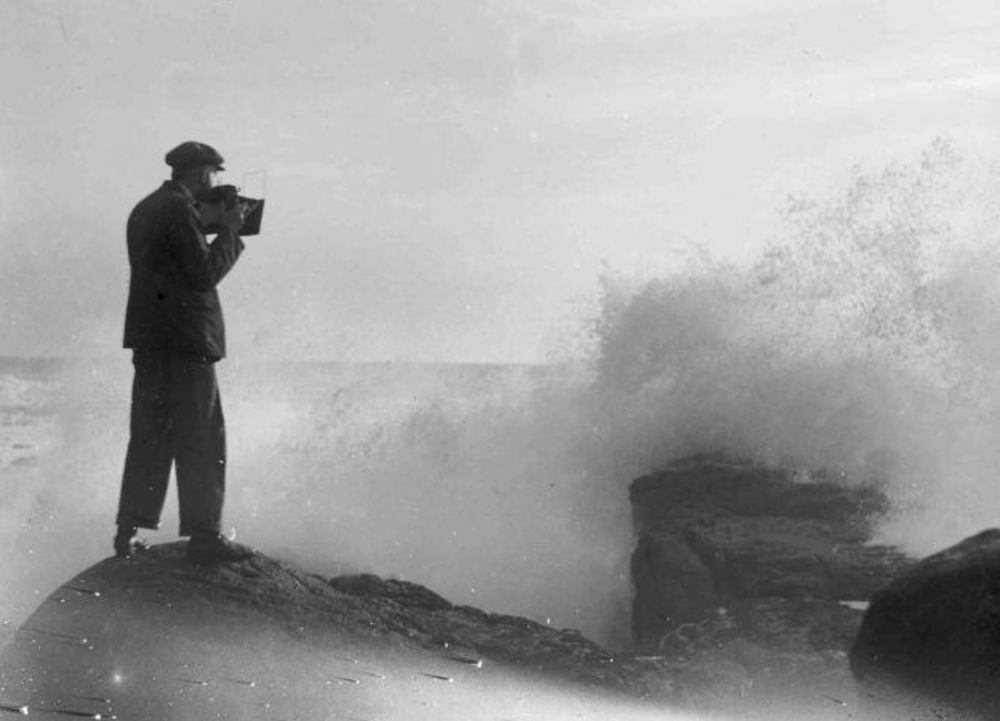 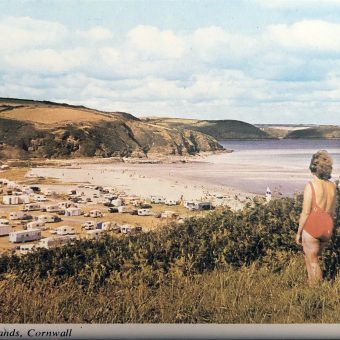 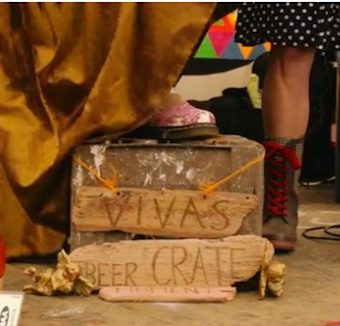