SIR Ernest Henry Shackleton was an Anglo-Irish Antarctic explorer. He led the the Endurance expedition of 1914-16. 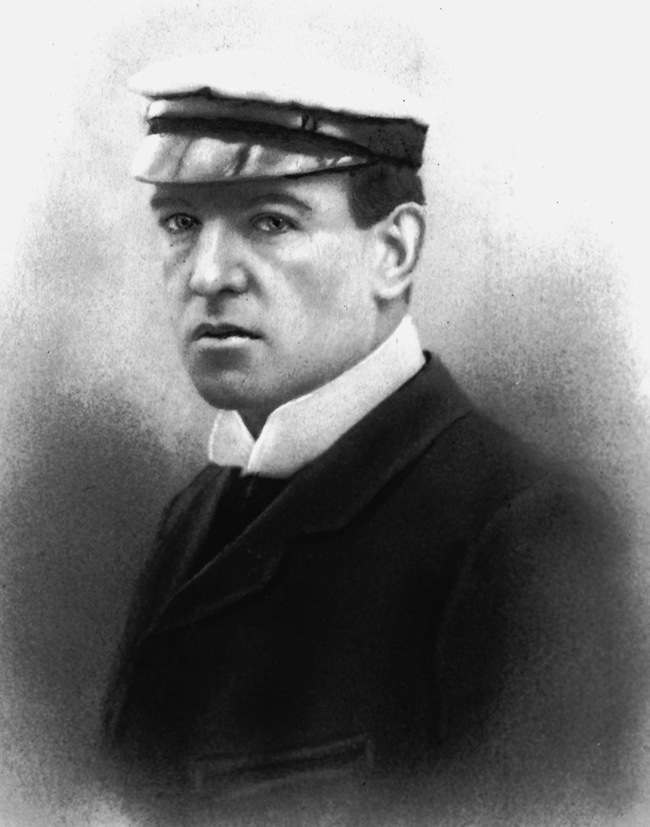 In 1901, Shackleton journeyed to the Antarctic on a mission led by Robert Falcon Scott. He made it closer to the South Pole than any human had gone before. 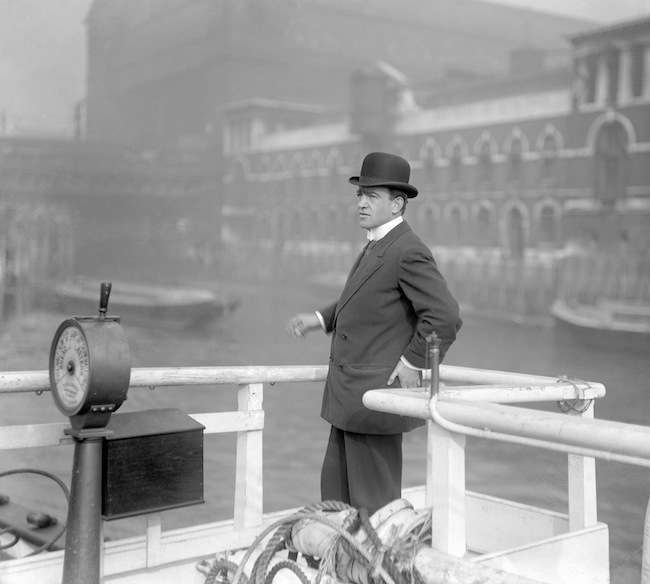 Photo: Lieut. Shackleton on the bridge of the ‘Nimrod’, moored on the Thames in London, 1910.

Shackleton returned to the Blighty, where he worked as a journalist. He then became secretary of the Scottish Royal Geographical Society. In 1906, he made a failed bid to become an MP for Dundee. 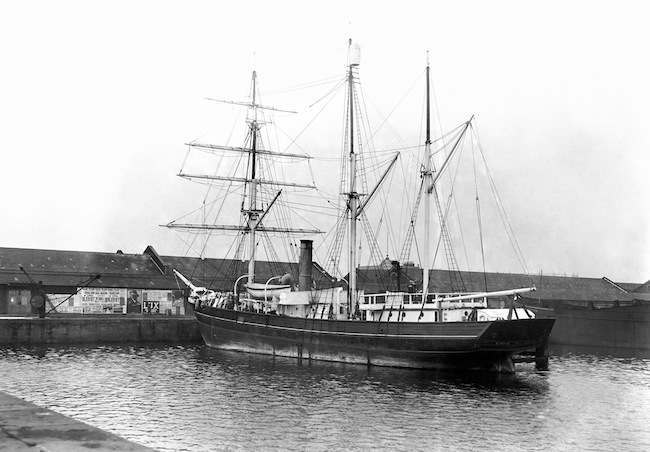 In 1908, he boarded the  Nimrod (photo above) and headed once more to the Antarctic. 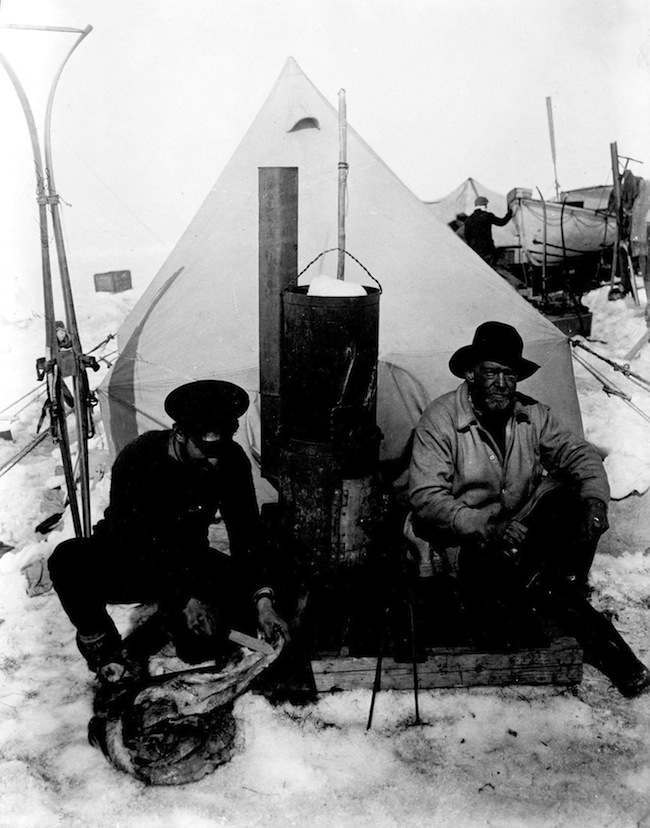 Photo: 1916: Sir Ernest Shackleton (r) and Frank Hurley in front of their tent on the drifting ice floe called ‘Patience Camp’. In the middle can be seen the stove on which all the cooking was done, the fuel being blubber and penguin skins. Mr Huley took all the photographs of the expedition.

In 1911, Norway’s Roald Amundsen reached the South Pole. In 1914, Shackleton once again headed to the Antarctic. He sailed on the Endurance. The intention was to cross Antarctica via the South Pole. 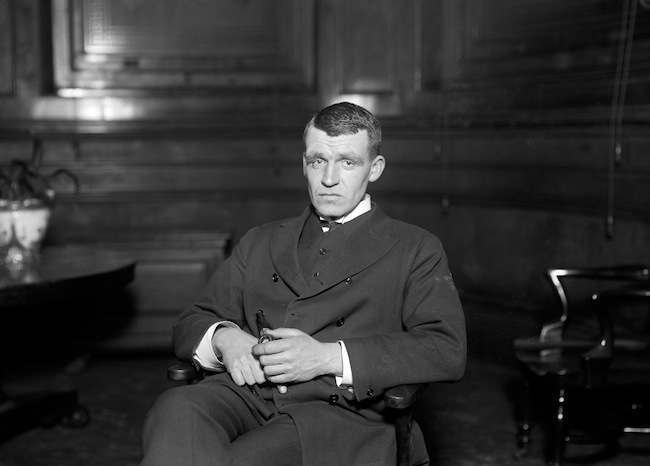 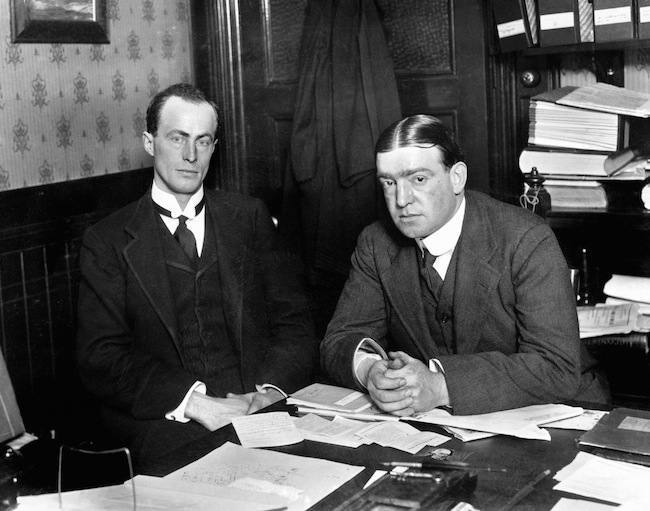 It was not to be. In 1915, Endurance became trapped in the ice. Ten months later she sank. 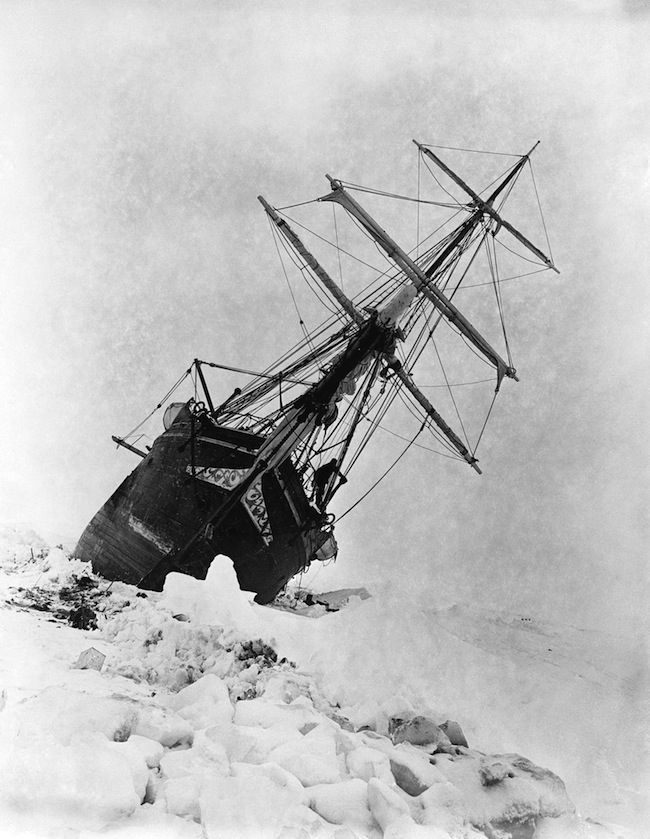 Photo: The Endurance nipped: For two months before she went down the Endurance was the centre of an ice pressure. The picture shows her caught between two immense ice floes in which she was squeezed. It took only 15 seconds for her to be shifted into this position. Endurance finally sank on October 27th 1915. 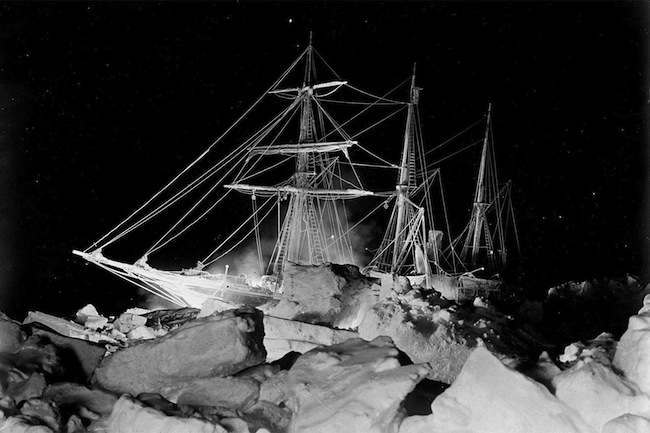 Photo: Sir Ernest Shackleton’s ship, the ‘Endurance’ in the Weddel Sea, Antarctica. A winter flashlight photograph showing the huge blocks of ice which threatened to crush her. 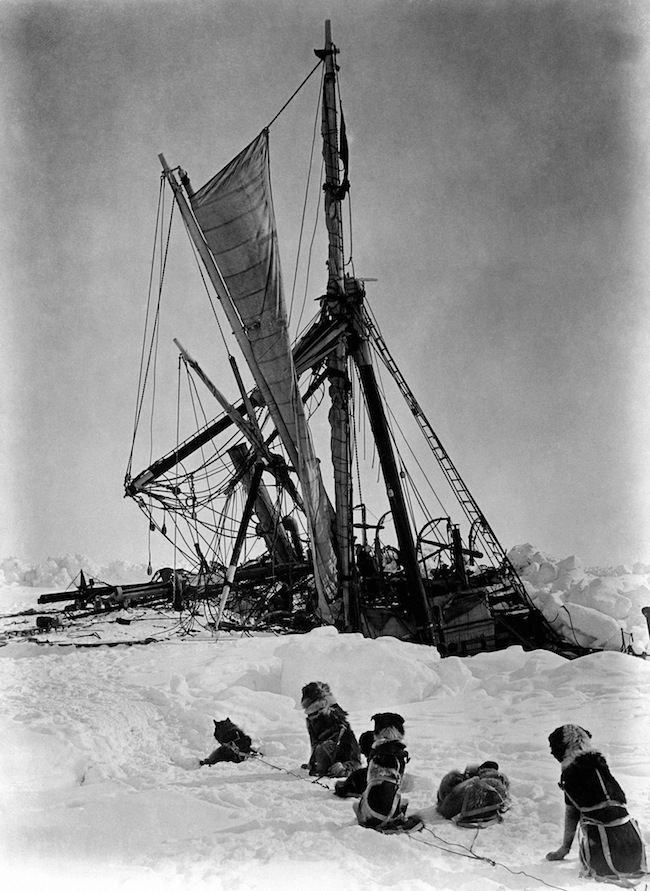 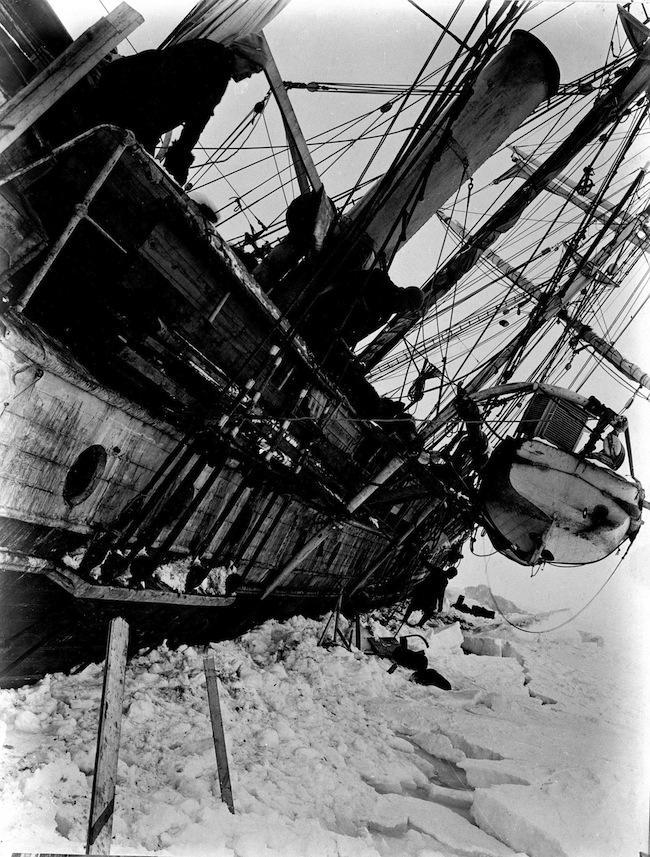 Shackleton’s crew lived on the ice. 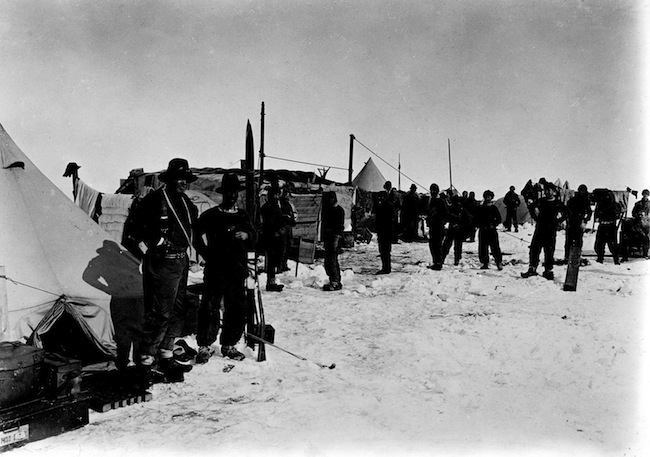 Photo: The drifting bivouac of the Expedition on the pack ice after the Endurance sank. The figure to the left is Sir Ernest Shackleton. Next to him in Mr Frank Wild, 2nd in Command, who was praised by Shackleton as having been primarily responsible for the safety of the party.

In April 1916, they sailed to Elephant Island. Shackleton and fie crew went to seek help. 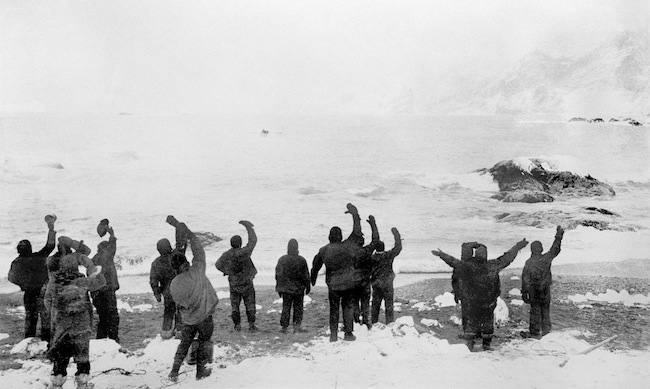 Photo: The scene on Elephant Island when, at the fourth attempt, Sir Ernest Shackleton succeeded in reaching the Island and getting off the 22 men whom he had left there when he set off on his journey of 750 miles to South Georgia in a little boat to get help.

For 16 days they sailed. They crossed 1,300 km of ocean to reach South Georgia and then trekked across the island to a whaling station. The rest of the crew were rescued in August 1916. Not one died. 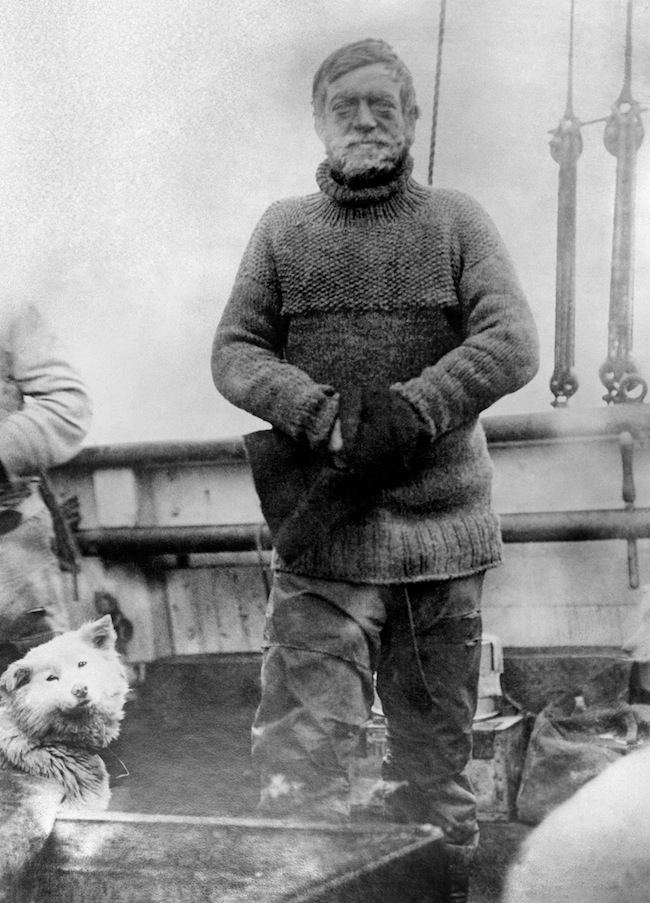 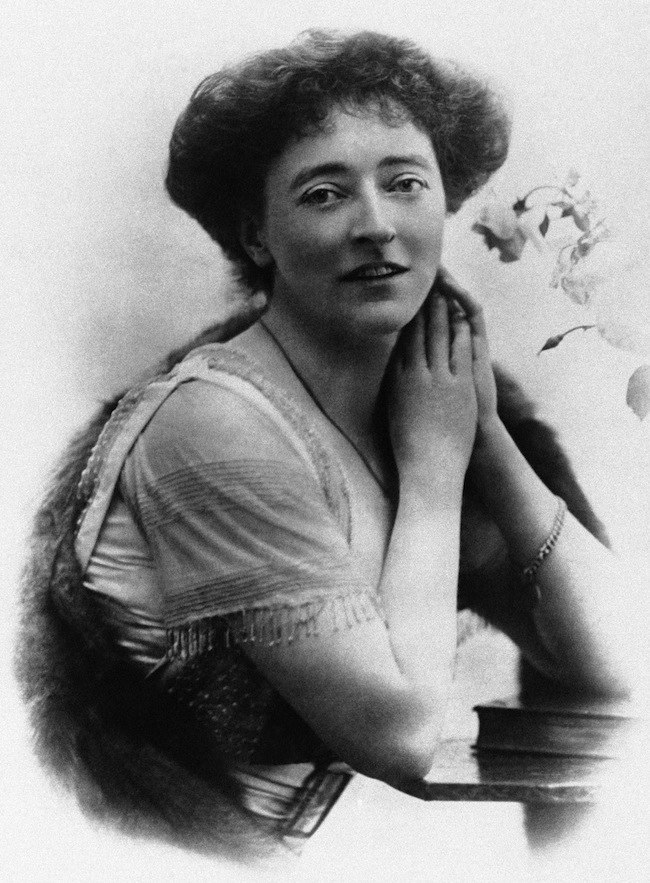 On 5 January 1922, Shackleton died of a heart attack off South Georgia. He was buried on the island. 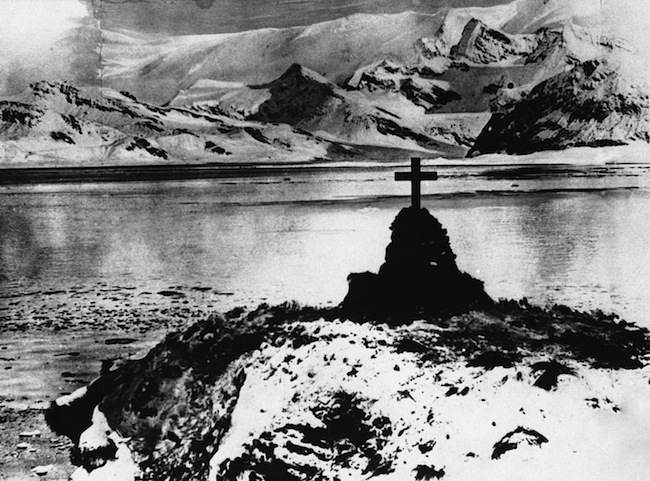 Photo: Grave of Sir Ernest Shackleton, in the polar region at South Georgia Island in the Antarctic in an undated photo.