Illustrations from American spiders and their spinningwork. A natural history of the orbweaving spiders of the United States, with special regard to their industry and habits, by McCook, Henry C. (Henry Christopher), 1837-1911. Published in 1889 by the Academy of natural Sciences of Philadelphia. 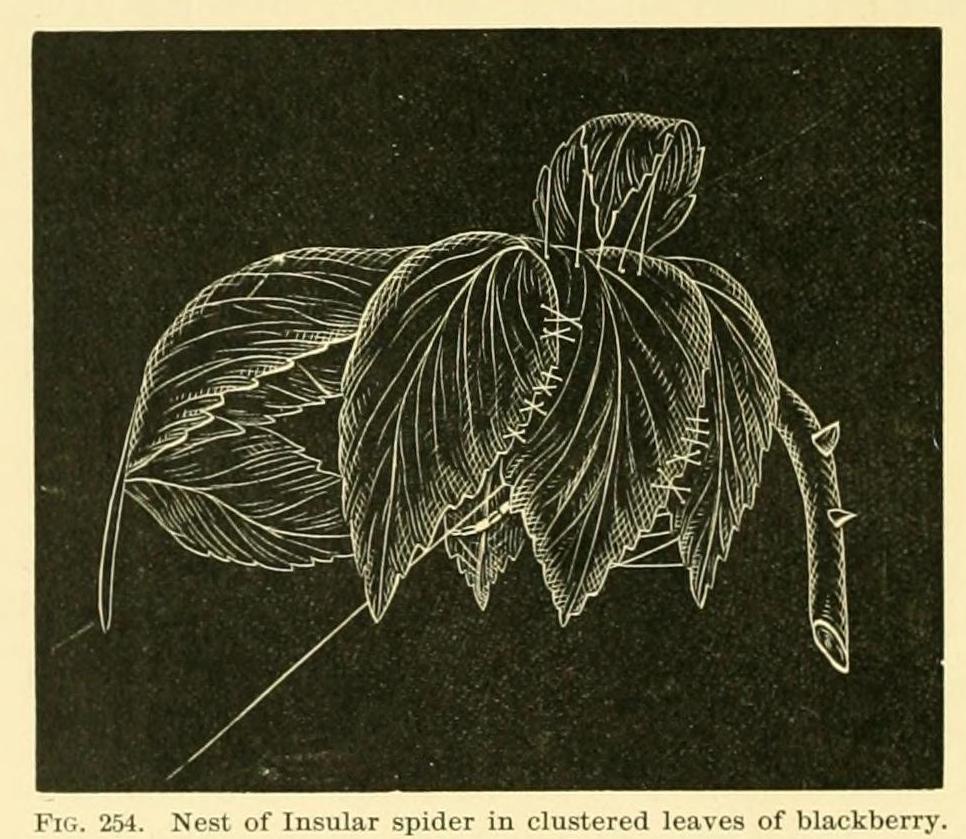 Will you walk into my parlour?” said the Spider to the Fly,
‘Tis the prettiest little parlour that ever you did spy;
The way into my parlour is up a winding stair,
And I’ve a many curious things to shew when you are there.”
Oh no, no,” said the little Fly, “to ask me is in vain,
For who goes up your winding stair can ne’er come down again.”
– The Spider and The Fly, Mary Howitt (1799–1888), published in 1829 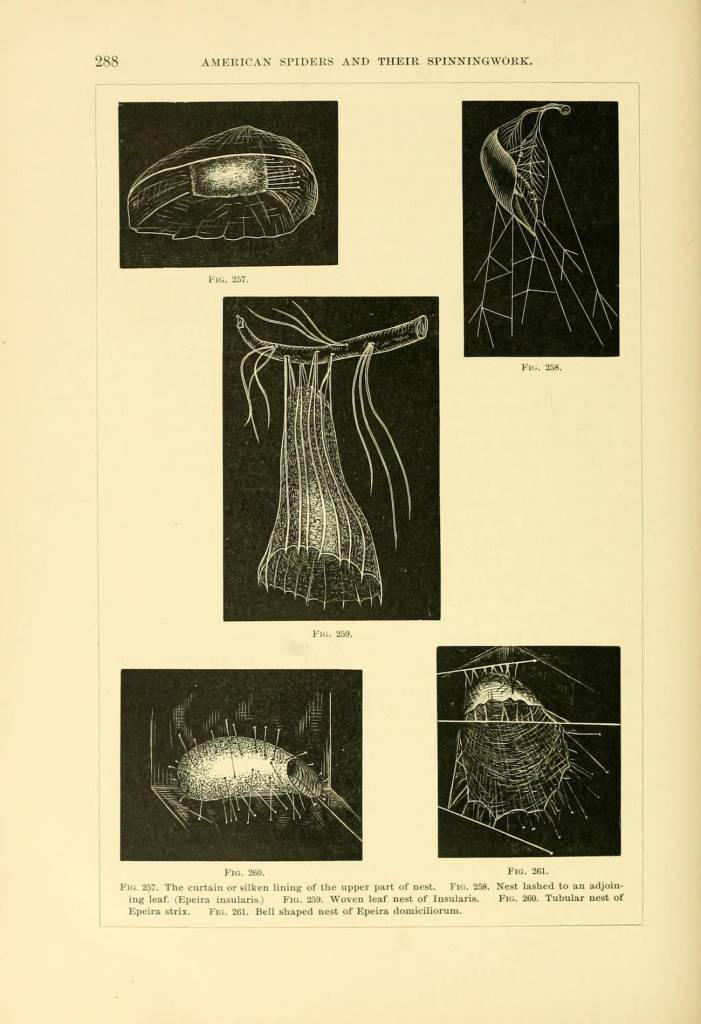 A noiseless, patient spider,
I mark’d, where, on a little promontory, it stood, isolated;
Mark’d how, to explore the vacant, vast surrounding,
It launch’d forth filament, filament, filament, out of itself;
Ever unreeling them — ever tirelessly speeding them.

And you, O my Soul, where you stand,
Surrounded, surrounded, in measureless oceans of space,
Ceaselessly musing, venturing, throwing, — seeking the spheres, to connect them;
Till the bridge you will need, be form’d — till the ductile anchor hold;
Till the gossamer thread you fling, catch somewhere, O my Soul.
– A NOISELESS PATIENT SPIDER, Walt Whitman, 1855 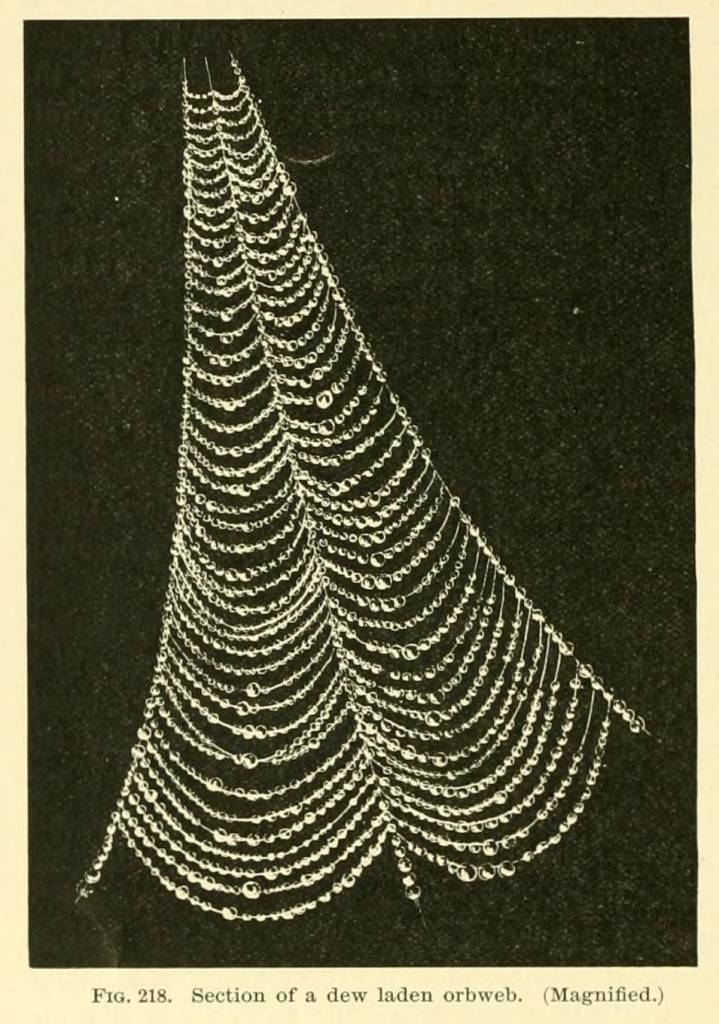 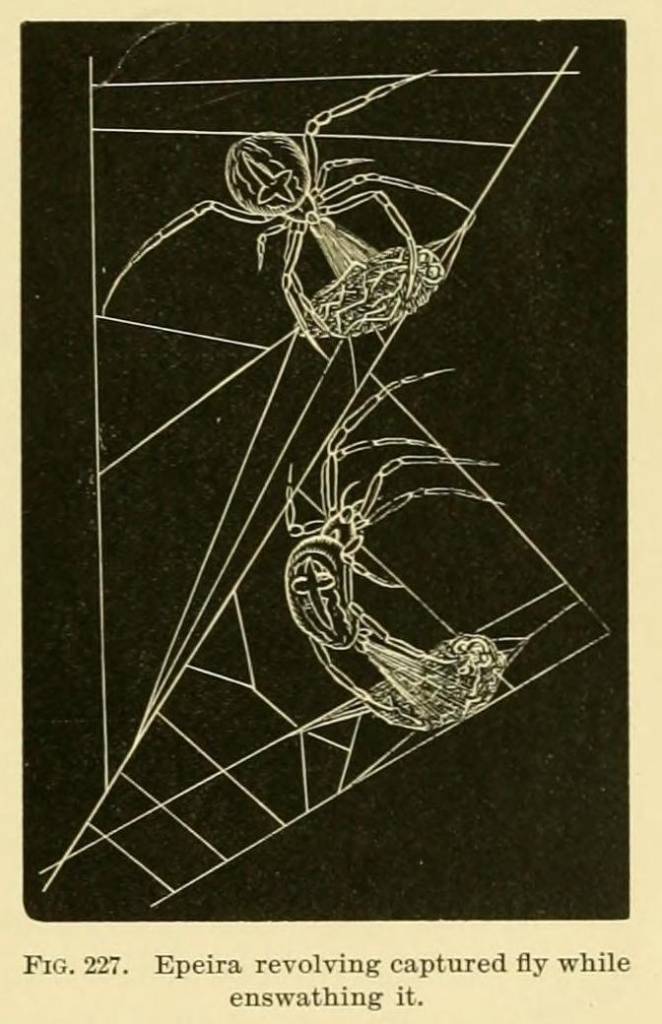 “Spider venom comes in many forms. It can often take a long while to discover the full effects of the bite. Naturalists have pondered this for years: there are spiders whose bite can cause the place bitten to rot and to die, sometimes more than a year after it was bitten. As to why spiders do this, the answer is simple. It’s because spiders think this is funny, and they don’t want you ever to forget them.”
― Neil Gaiman, Anansi Boys, 2005 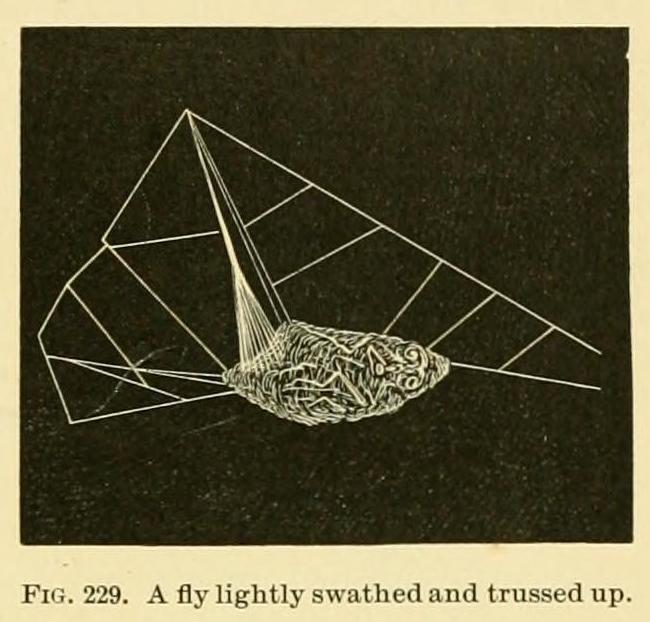 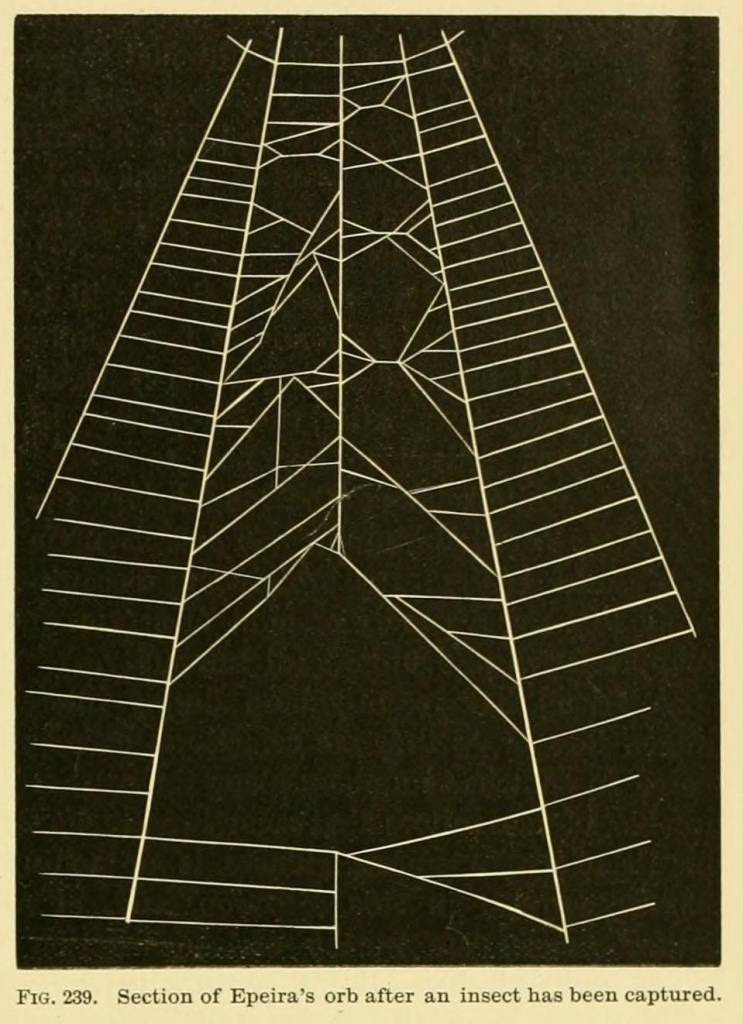 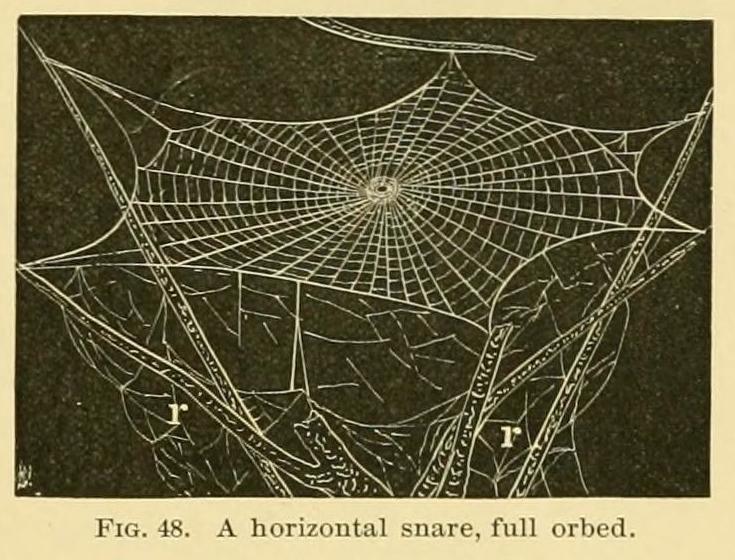 “I remember Spider Woman from the first page of Leslie’s novel Ceremony. She is the Thought Woman who names things and so brings them into being. Until then, I had imagined myself alone in believing that spiders should be the totem of writers. Both go into a space alone and spin out of their own bodies a reality that has never existed before.”
― Gloria Steinem, My Life on the Road 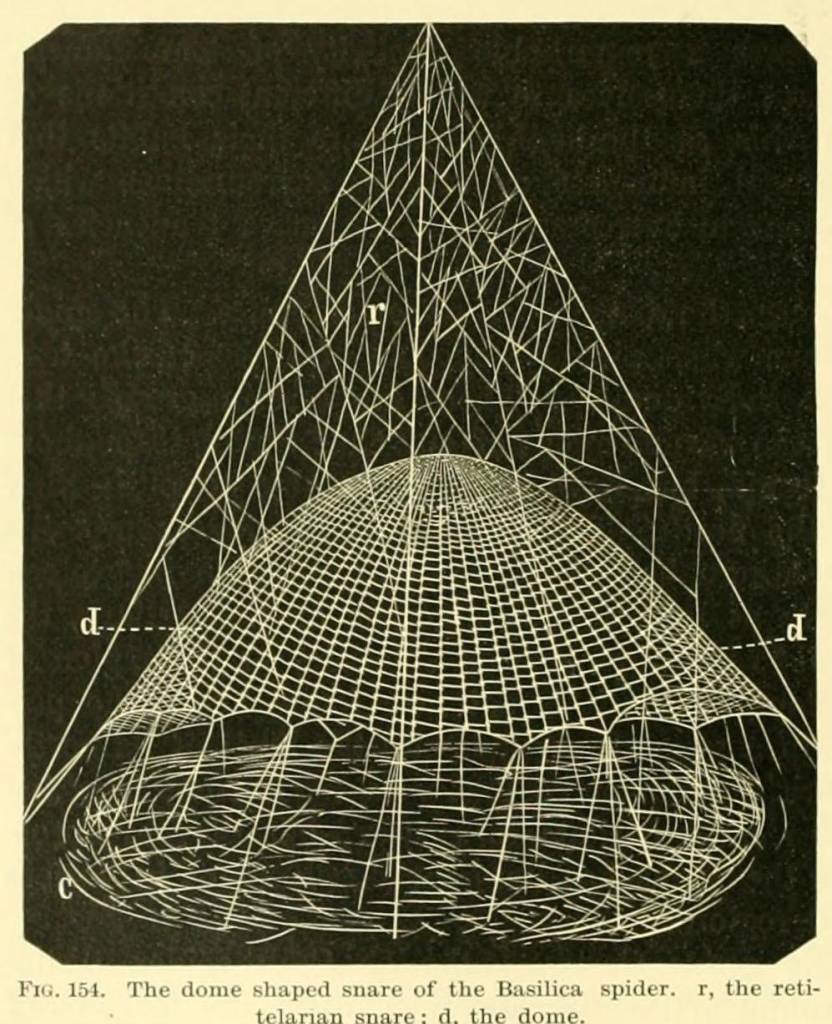 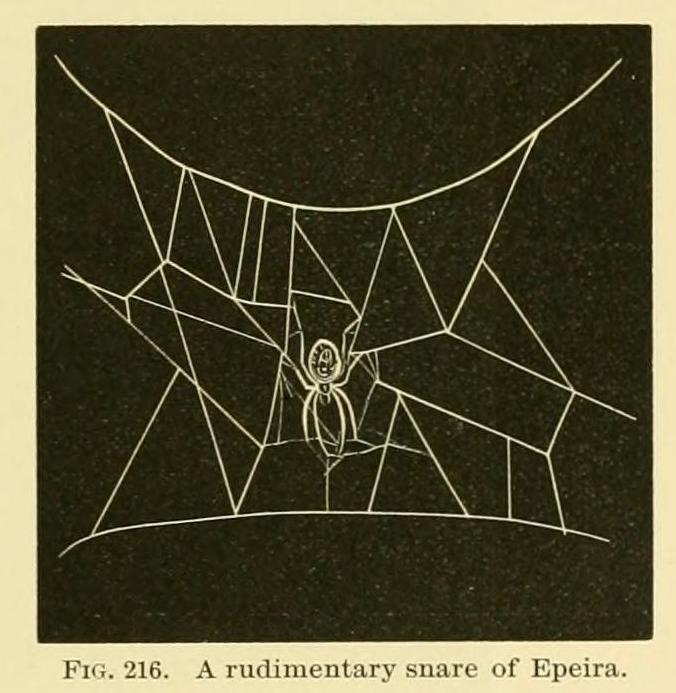 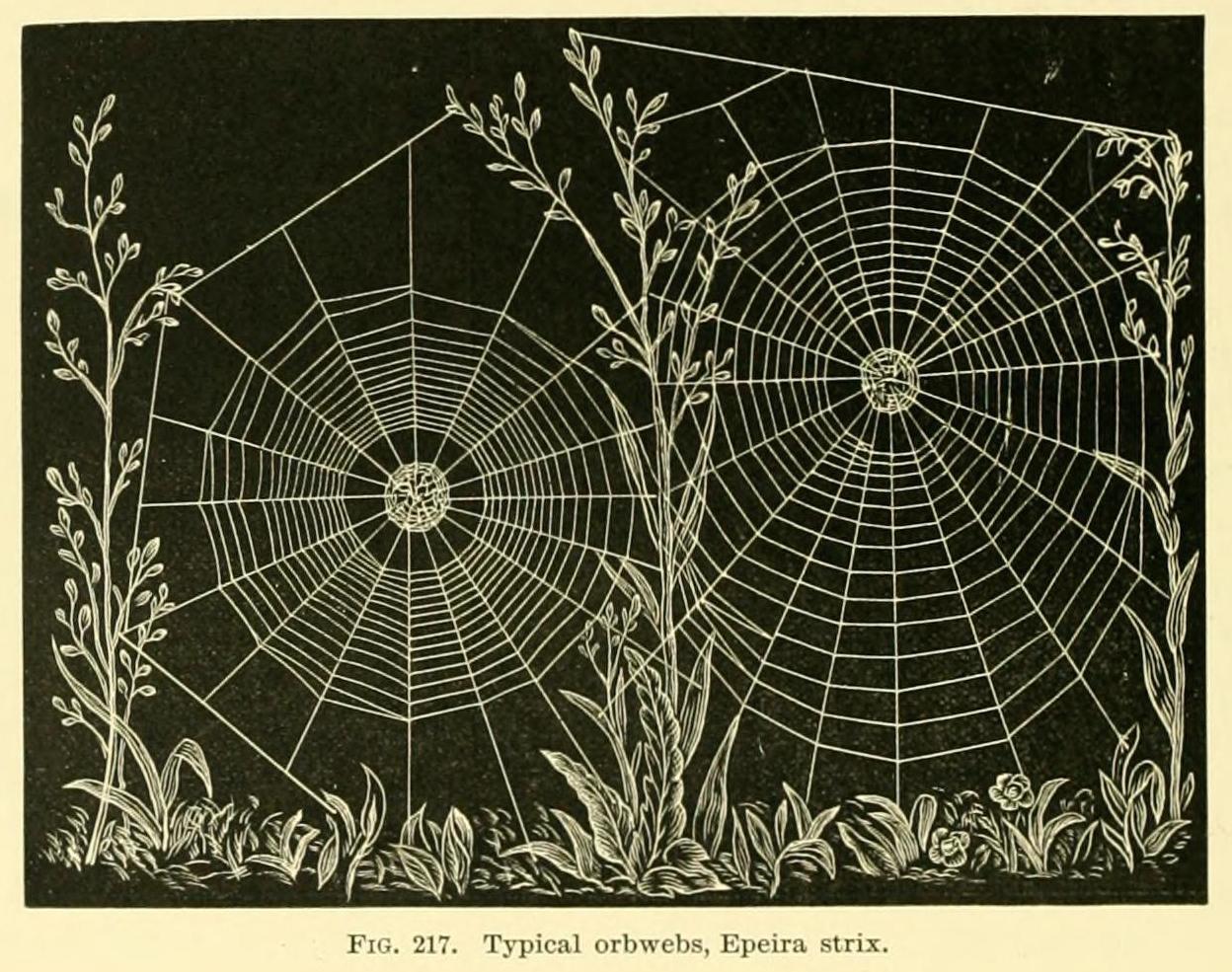 Look, he’s crawling up my wall
Black and hairy, very small
Now he’s up above my head
Hanging by a little thread
– Boris the Spider, The Who, 1966 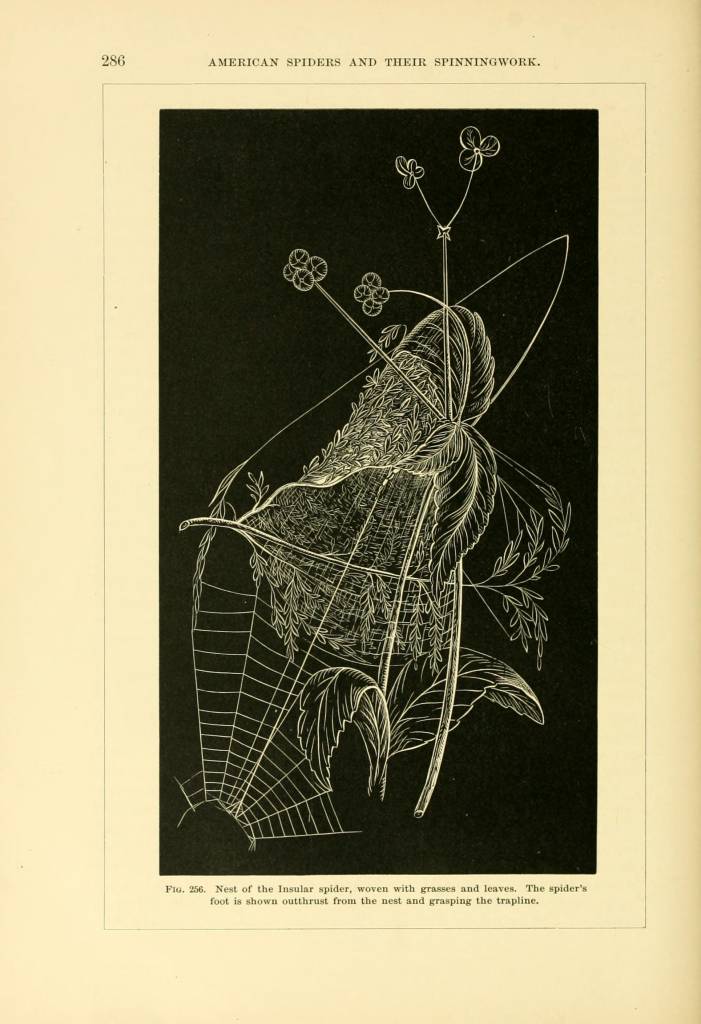 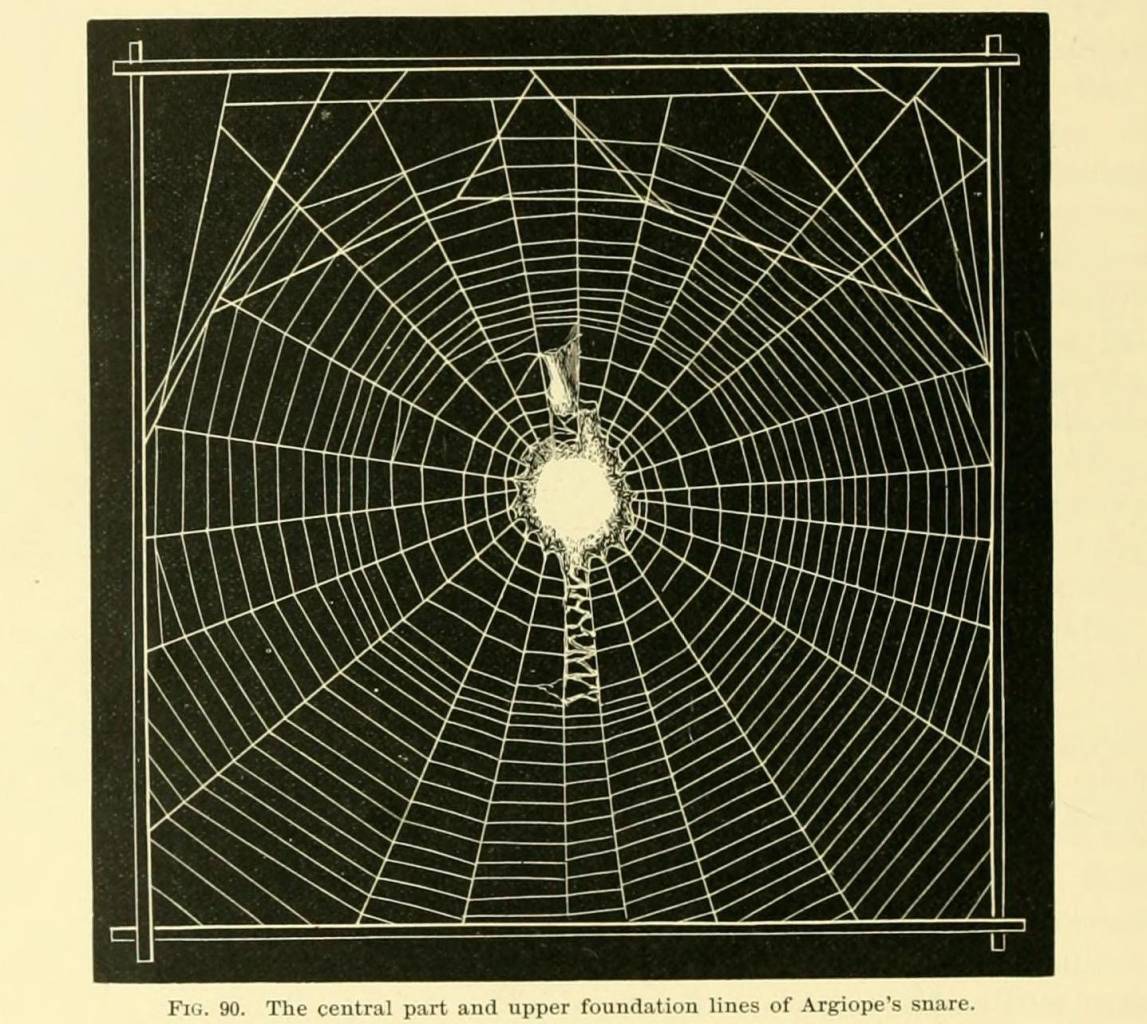 Don’t say hi, like a spider to a fly
Jump right ahead and you’re dead
– The Spider And The Fly, The Rolling Stones, 1965 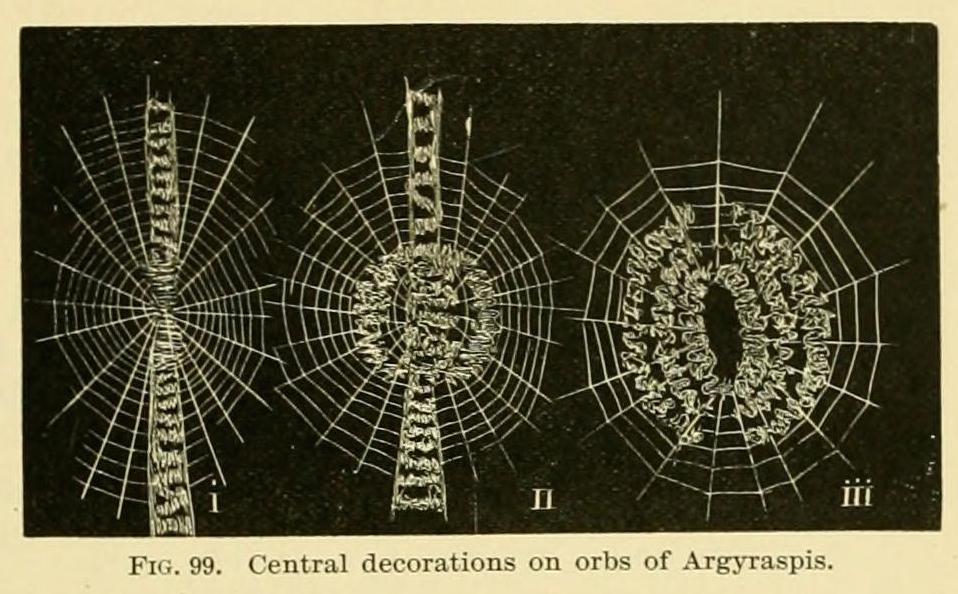 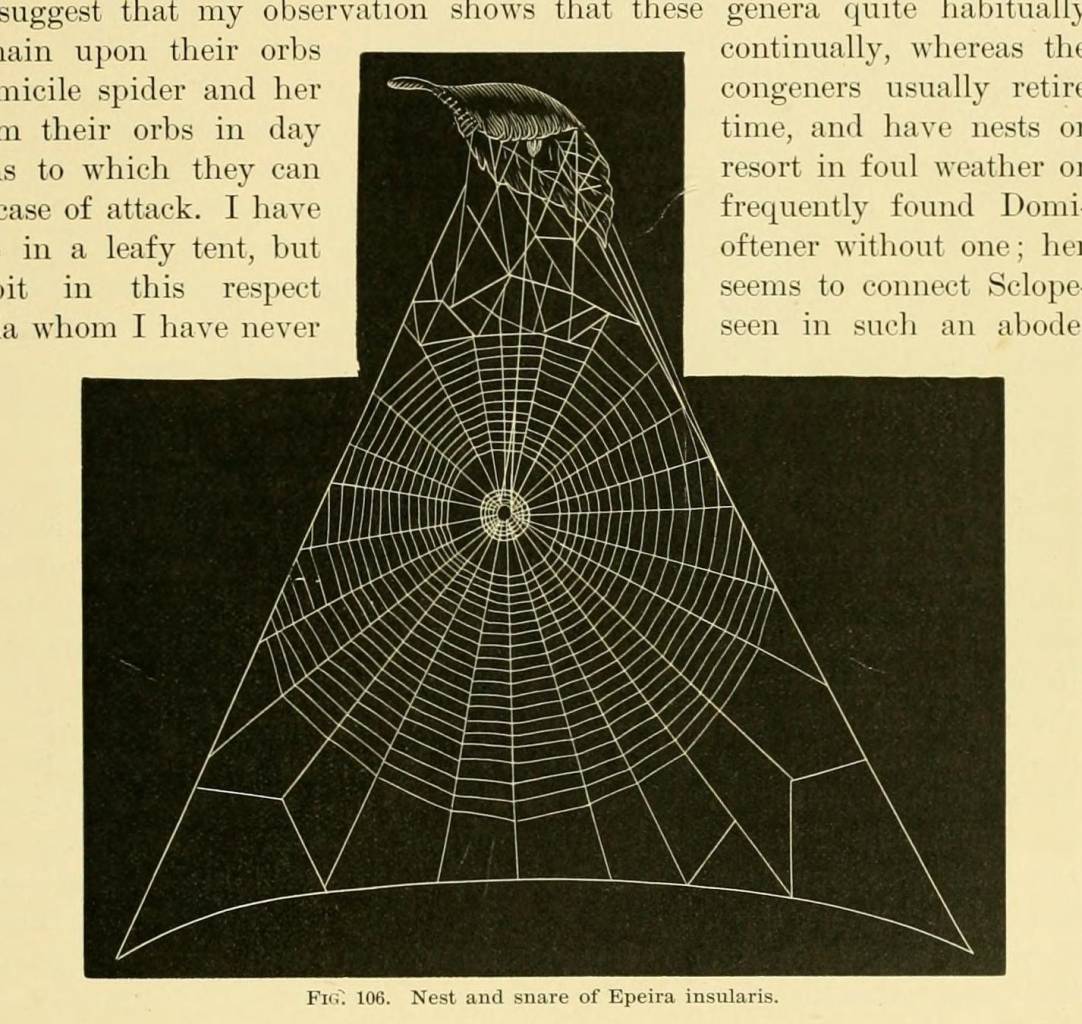 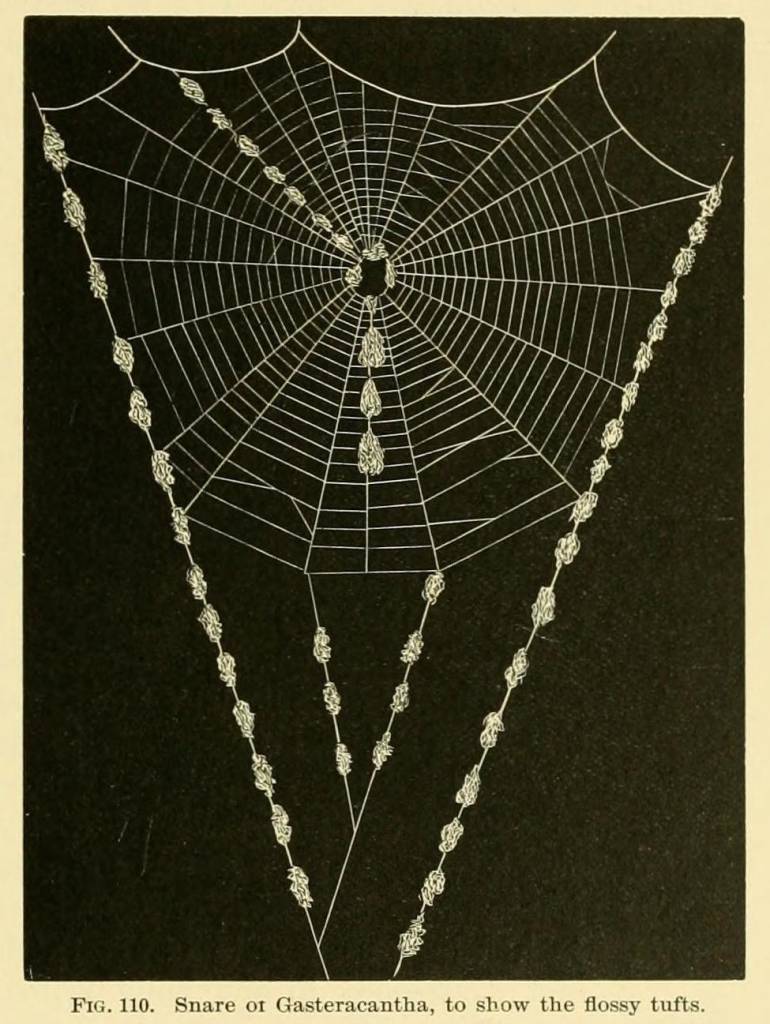 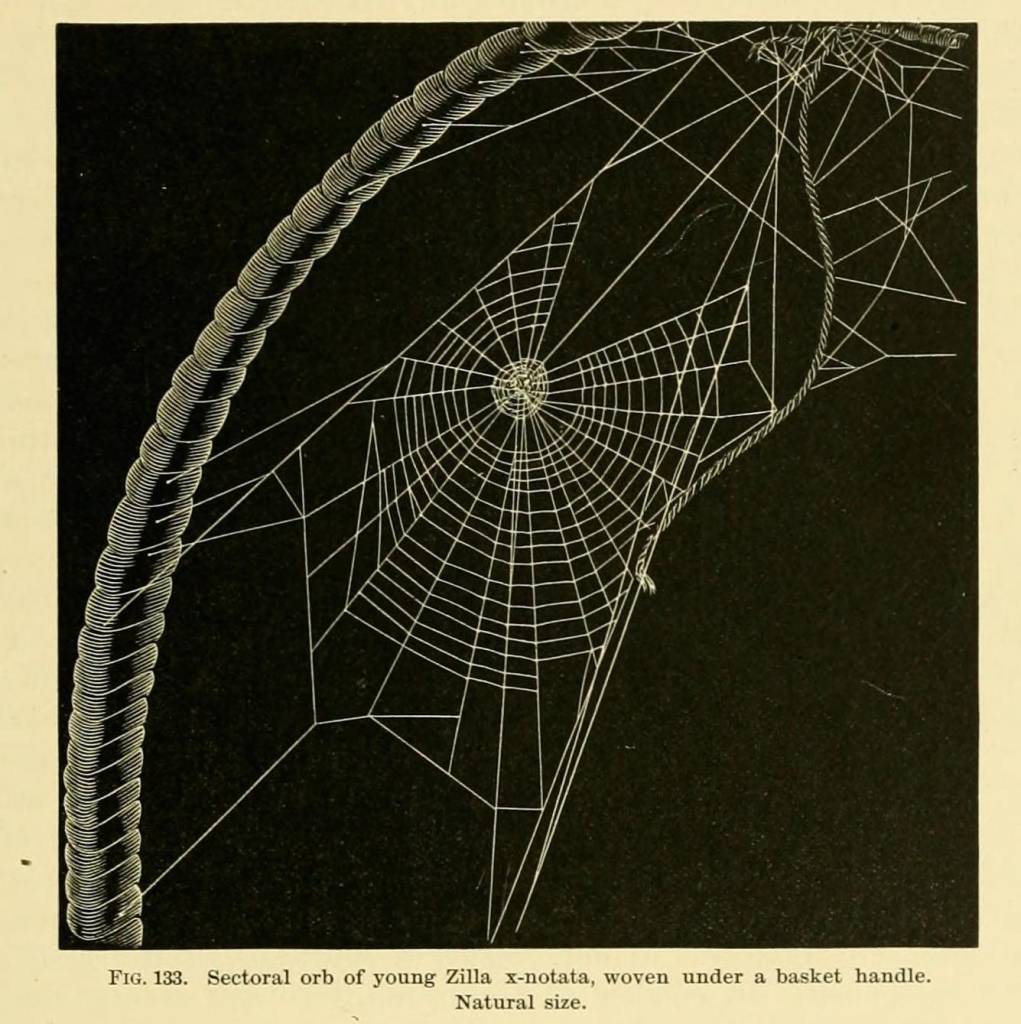 Listen carefully,
SPIDER OF DESTINY!
You must heed the call
Of COSMO-BIOLOGY!
Listen to me!

If you eat the Earthlings now,
Things will all be fine, AND THEN,
We’ll repair our love somehow,
And resume the busy schedule
Of our RUTHLESS CONQUEST once again!
– Spider of Destiny, Frank Zappa (1979) 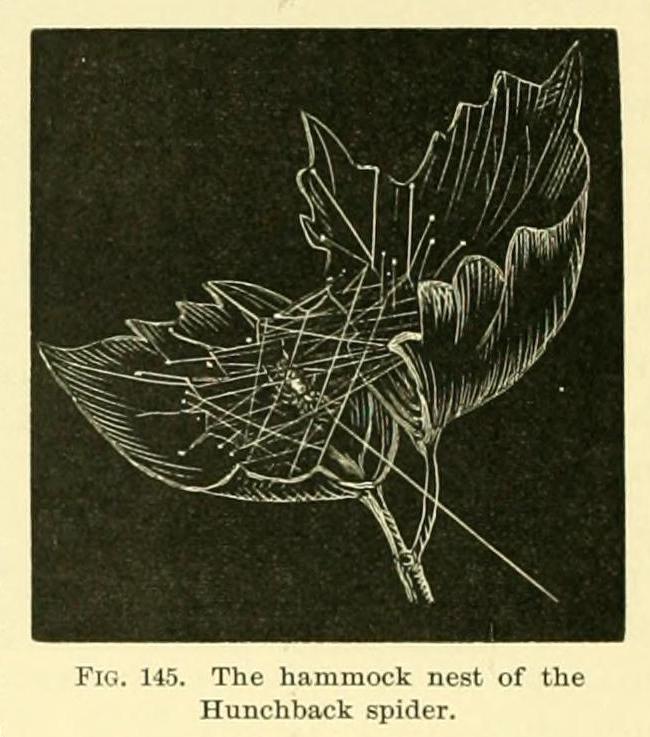 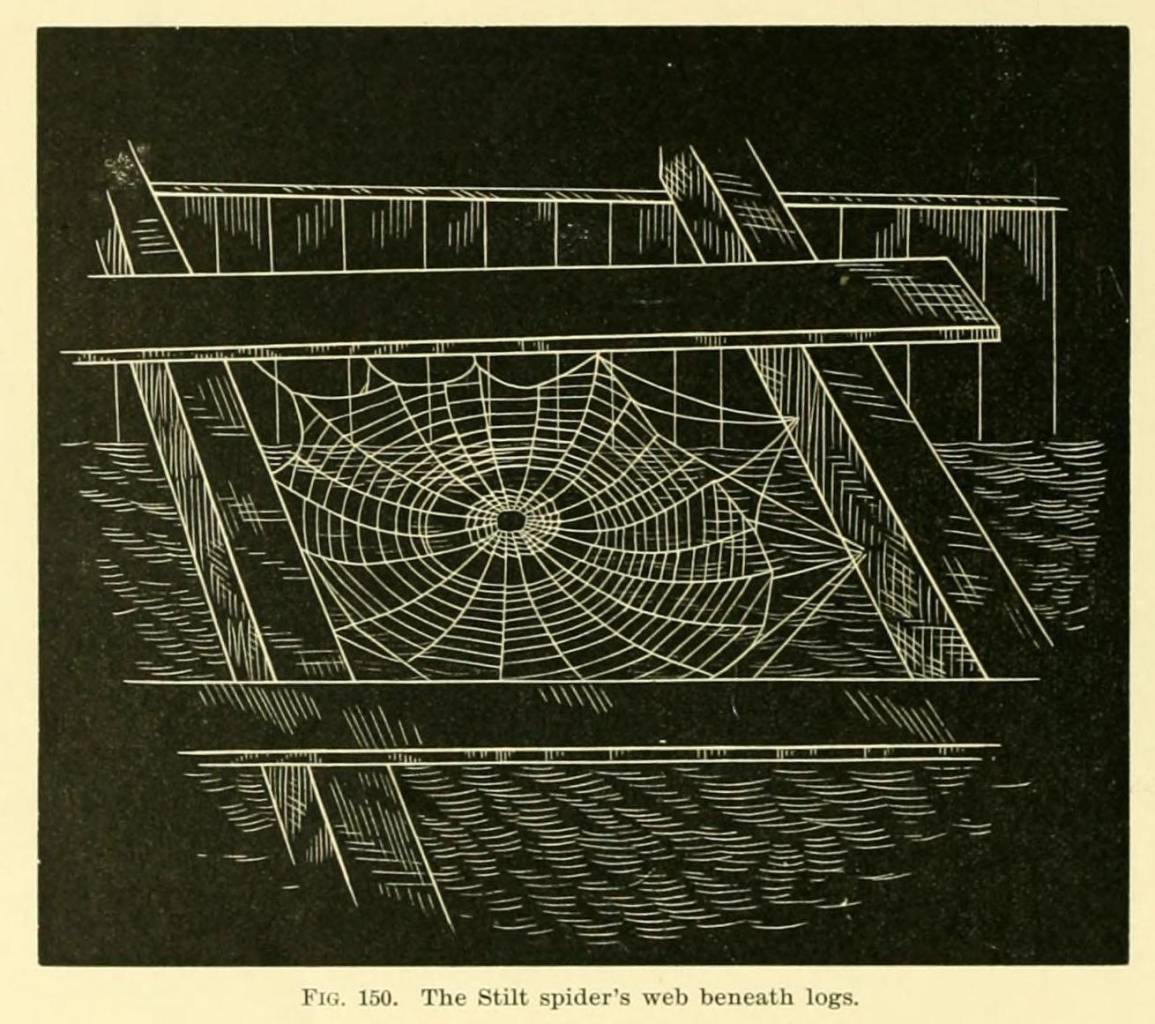 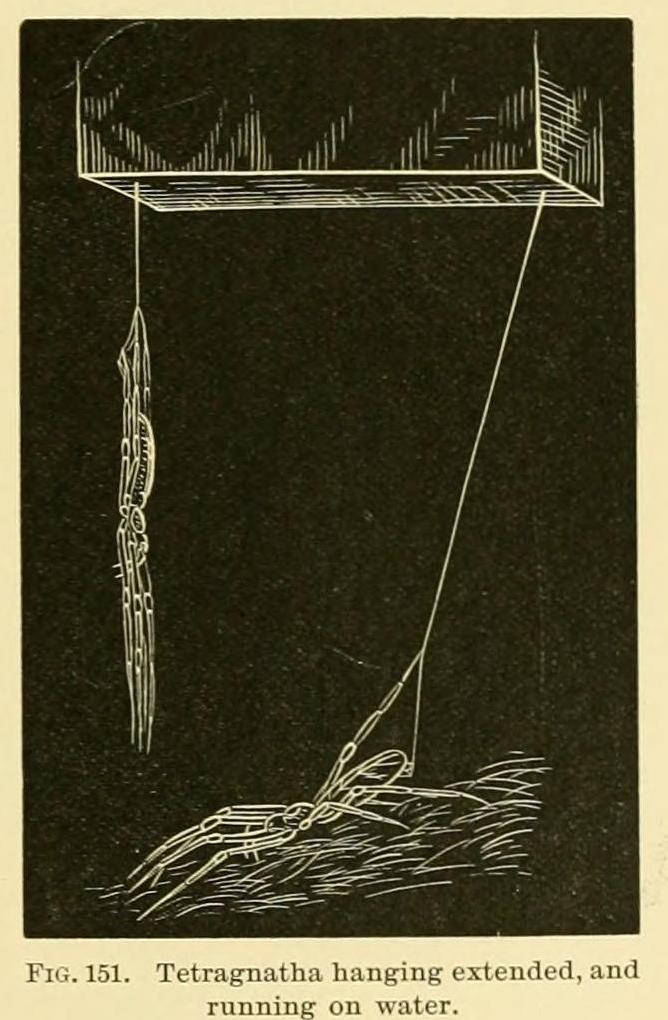 So where were the spiders, while the fly tried to break our balls
With just the beer light to guide us
So we bitched about his fans and should we crush his sweet hands?
– Ziggy Stardust, David Bowie (1972) 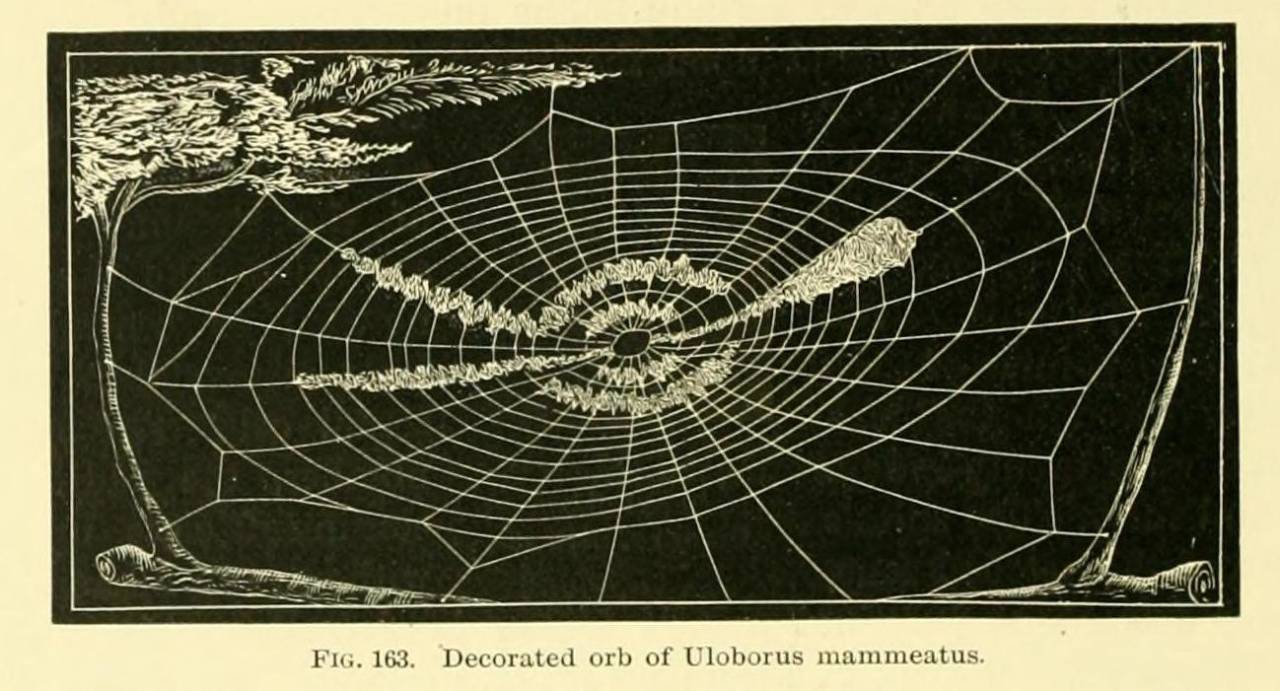 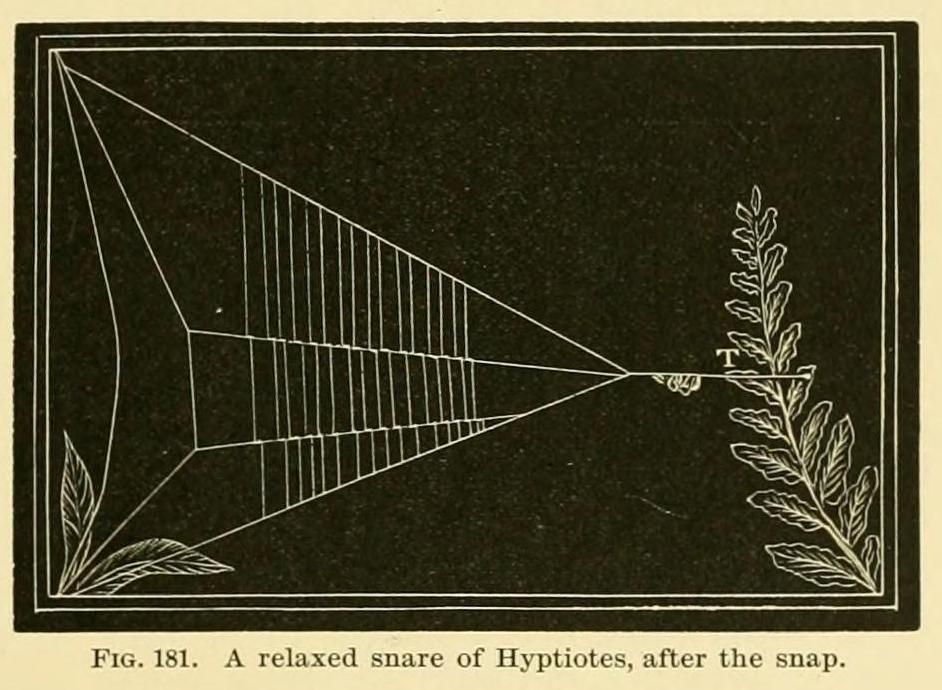 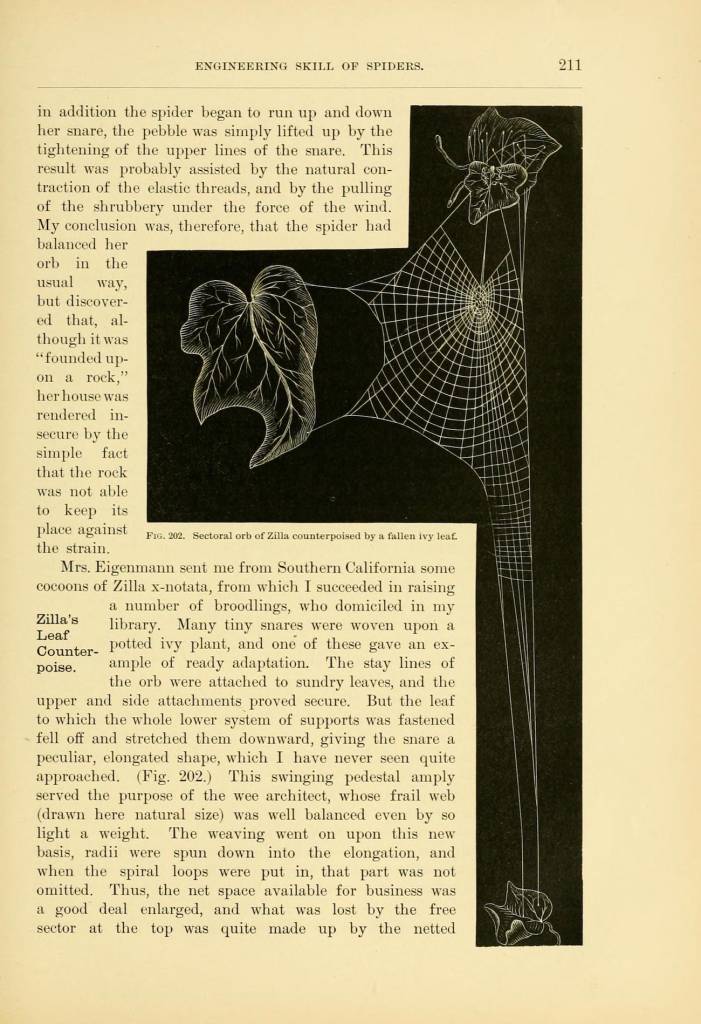 Six times the gossamery thread
The wary spider threw;–
In vain the filmy line was sped,
For powerless or untrue
Each aim appeared, and back recoiled
The patient insect, six times foiled,
And yet unconquered still;
And soon the Bruce, with eager eye,
Saw him prepare once more to try
His courage, strength, and skill.
– Bruce and The Spider, Bernard Barton (1784-1849) 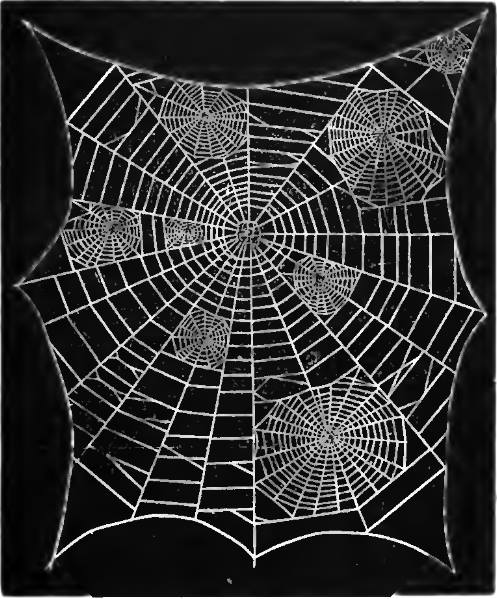 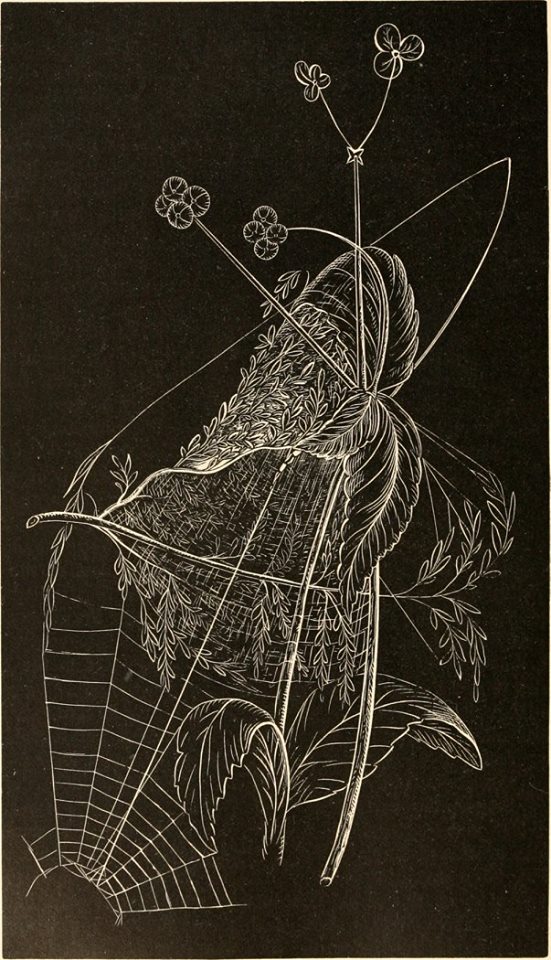