IN the early 20th Century, tiger hunting was all the rage. King George V went looking for them after a good lunch with the Nepalese King. In 1902, Lieutenant Colonel Frank Sheffield  went tiger hunting. He recorded his adventures in How I killed the tiger; being an account of my encounter with a royal Bengal tiger.

He tells his readers:

My main purpose in writing this little book, was to place in a permanent form a description of my wonderful preservation from death in a chance encounter with a Royal Bengal Tiger. My life had been adventurous up to that time. I had shot big game of various kinds. But this episode, so marvellous in itself, so important in its influence upon my after life and character, marks the close of my career as a hunter of big game.

These are the plates: 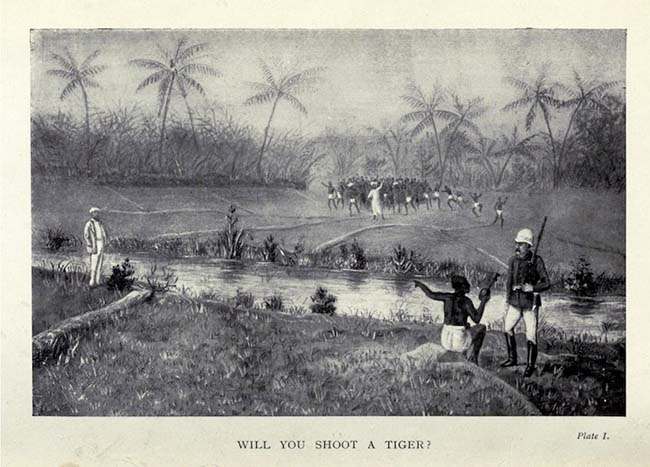 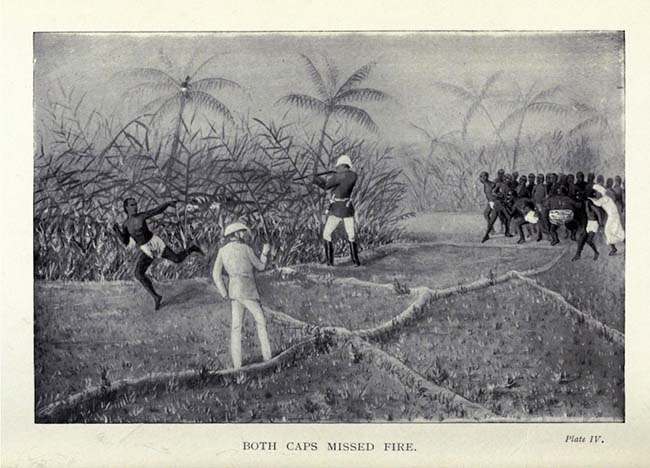 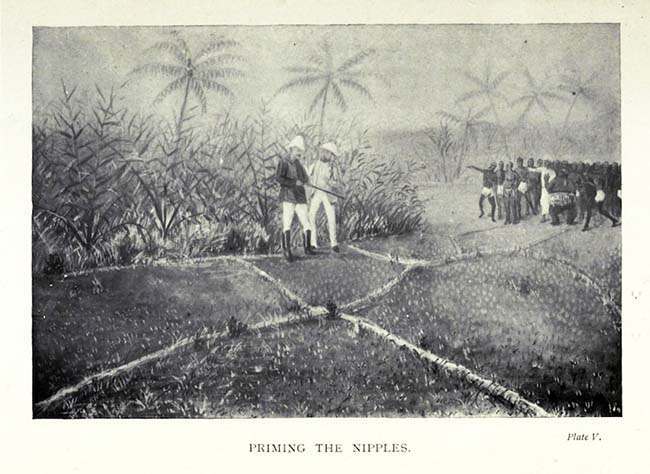 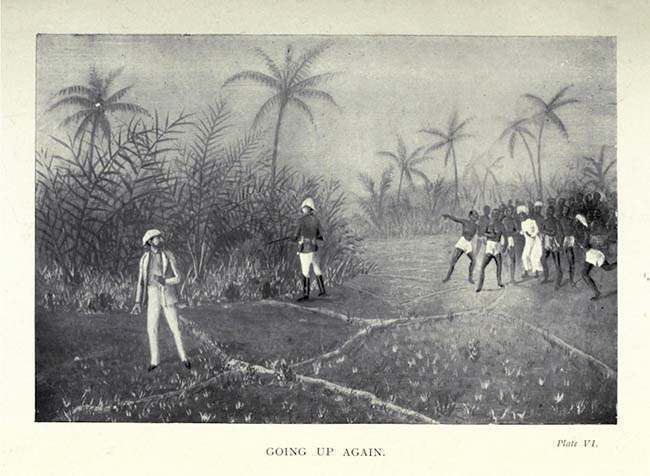 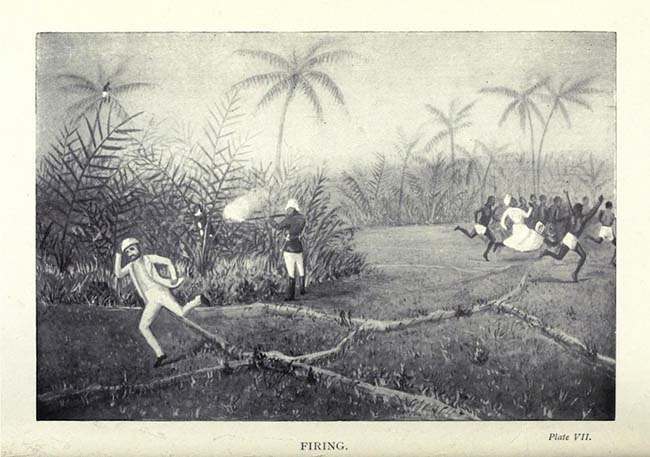 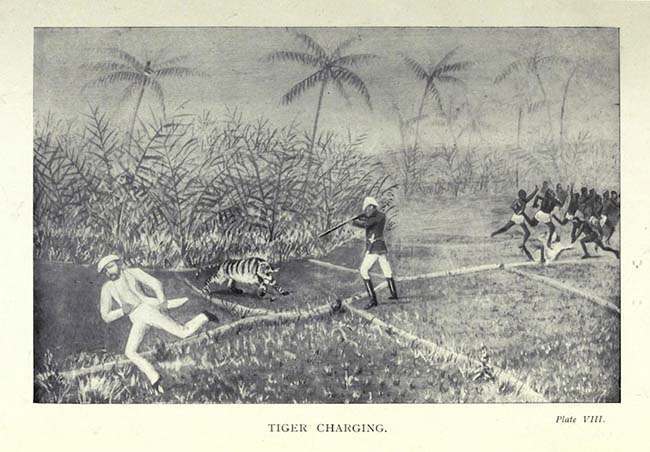 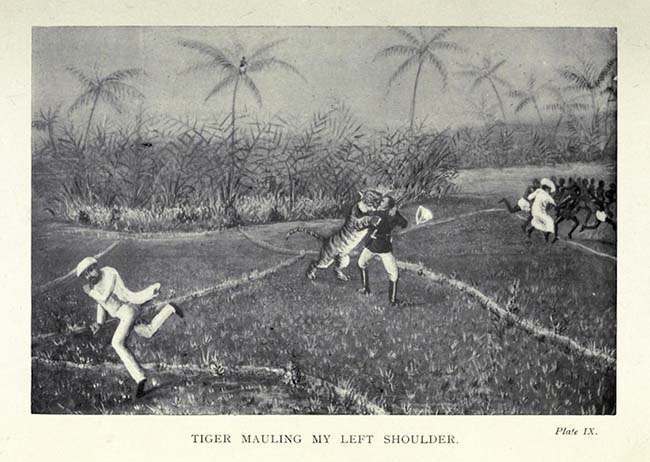 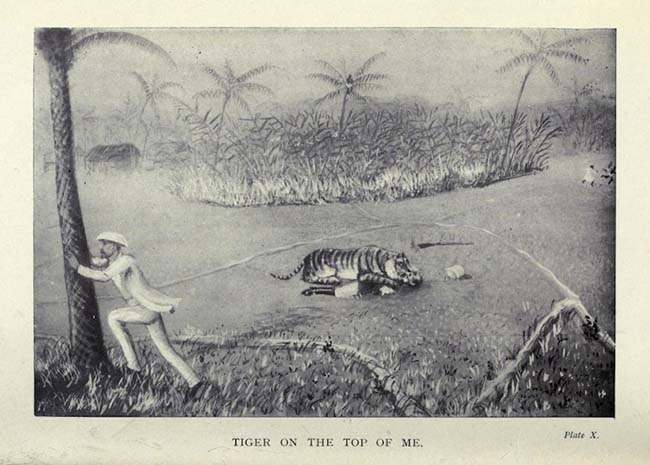 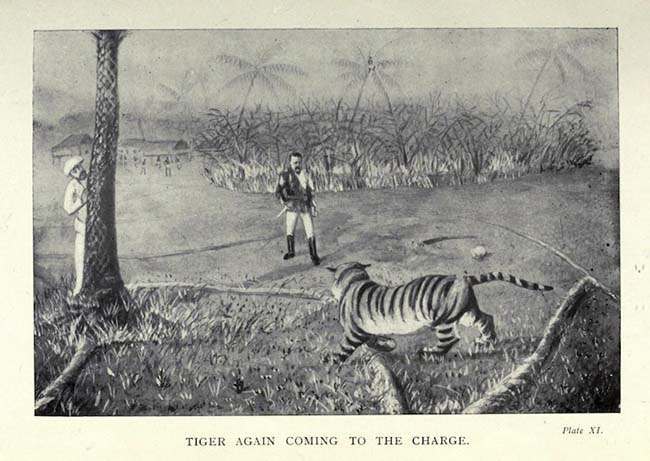 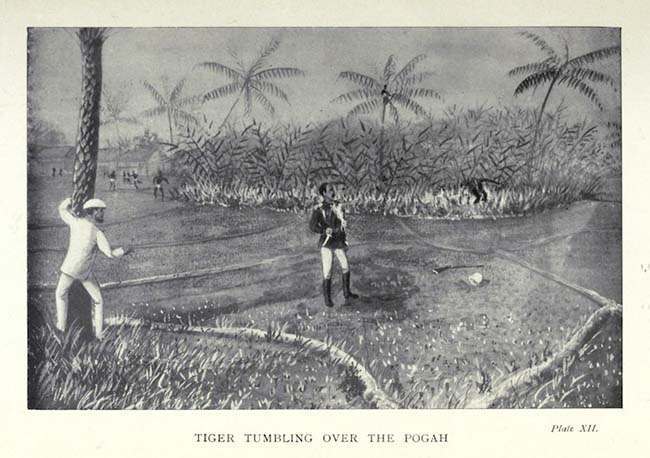 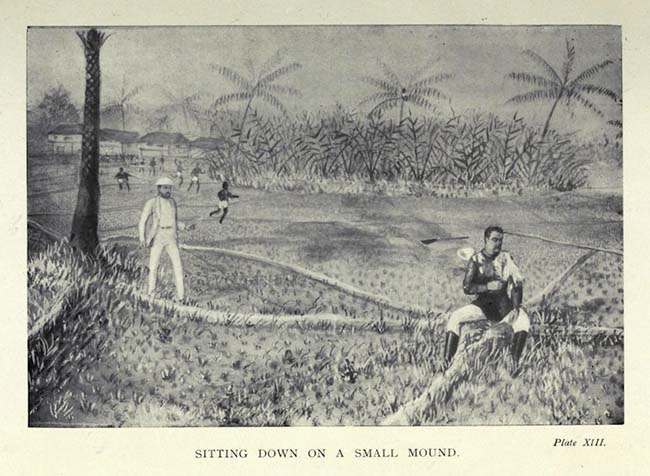 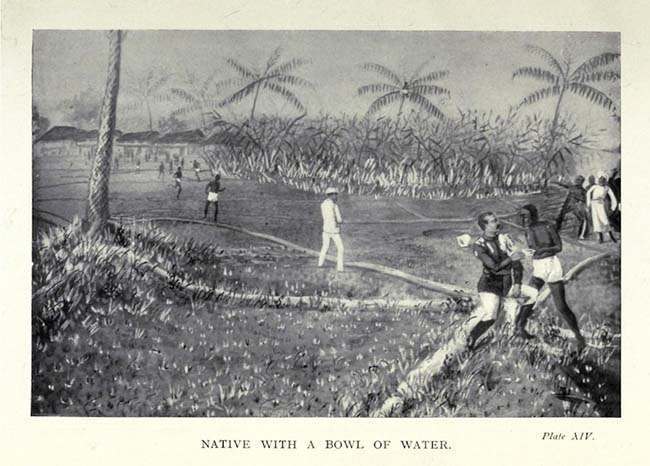 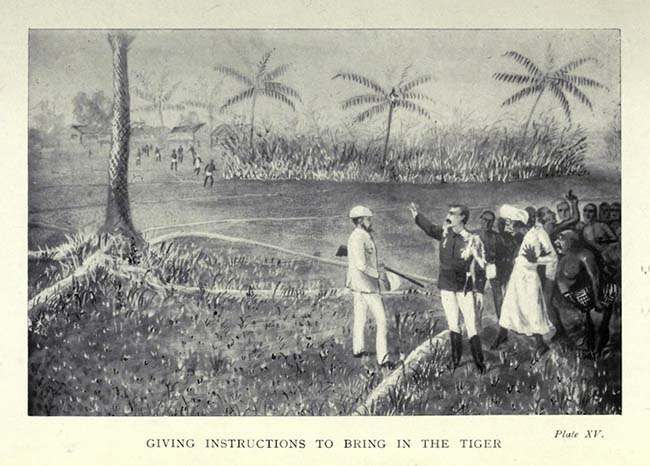 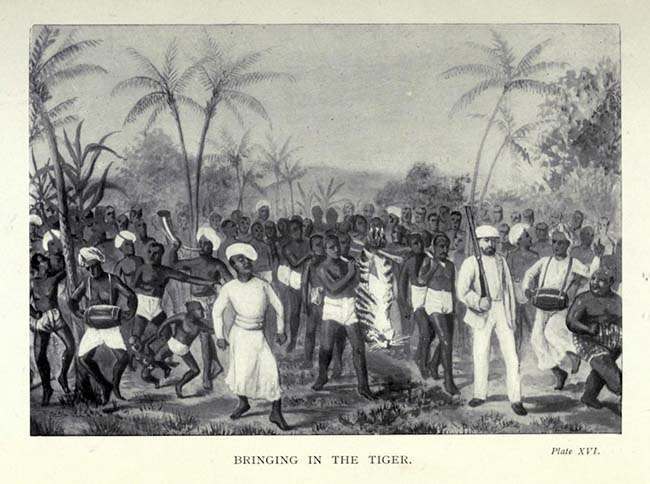 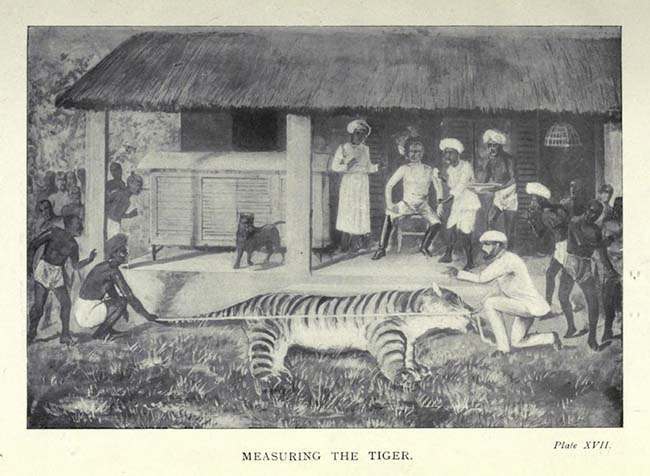 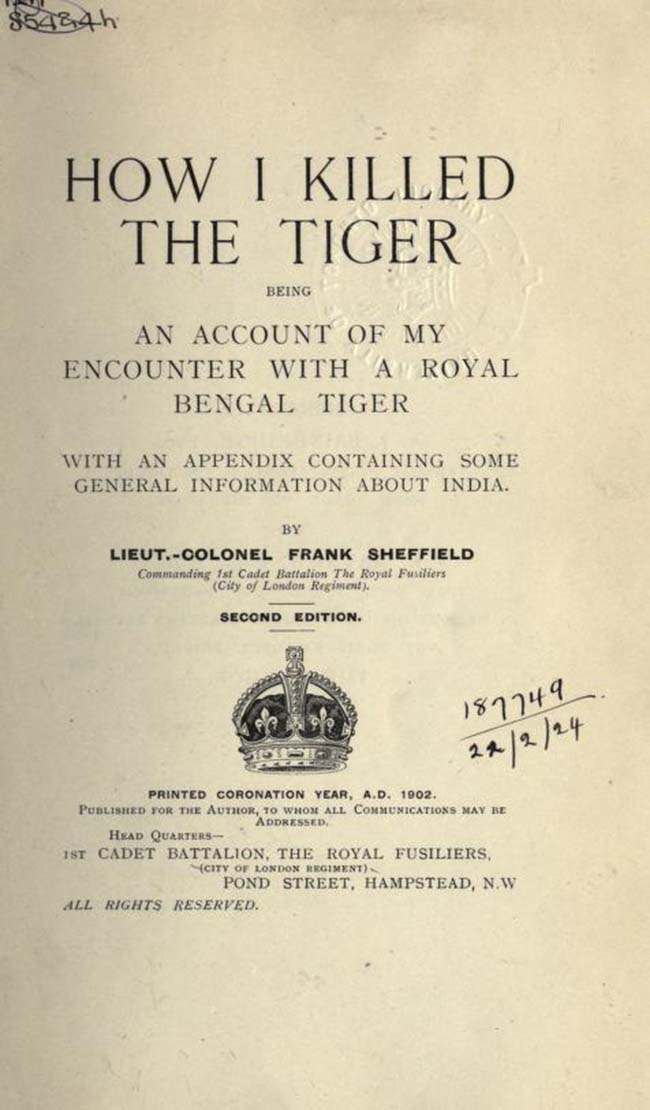 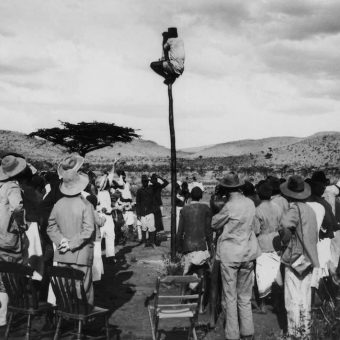 Big Game Hunting: The Unspeakable In Full Pursuit Of The Uneatable