Harry Whittier Frees (1879–1953) began producing an odd and beguiling set of photographs of cats doing human things in June 1914. On first view I thought these tableaux the work of a taxidermist. But the cats were photographed alive, dressed as people and doing things cat don’t usually do like playing instruments, riding a horse, playing skittles and flying a plane. 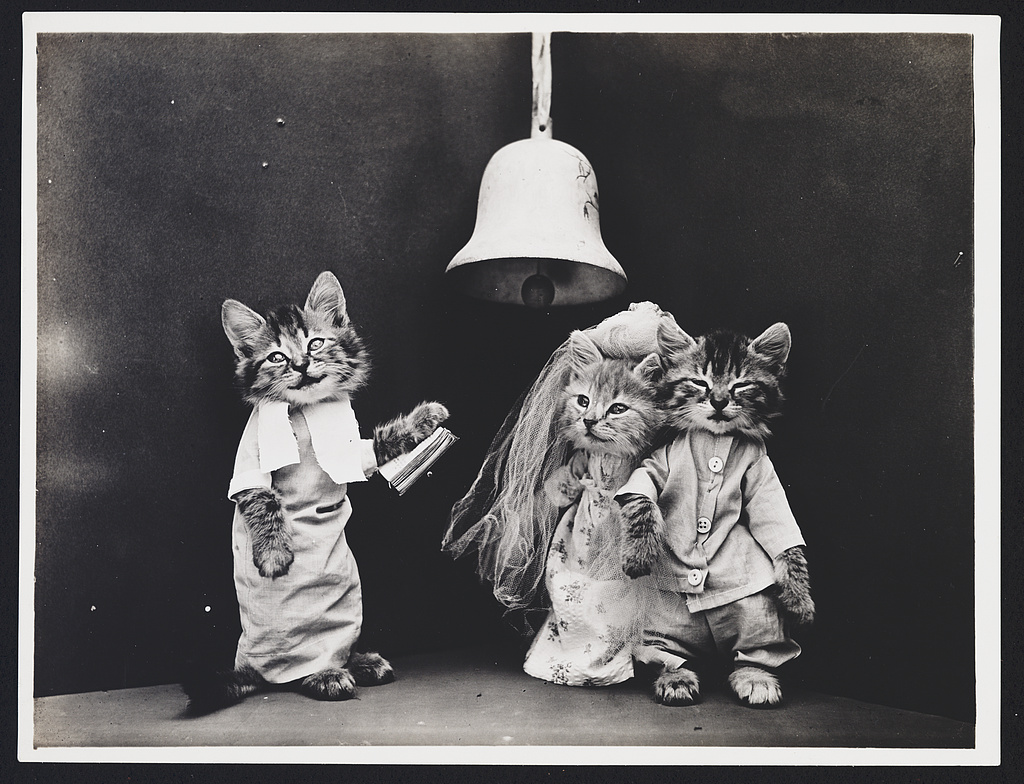 “He rents all models from neighbors, breeders or pet shops. His only assistant is his housekeeper, Mrs. Annie Edelman, who sews all the costumes” 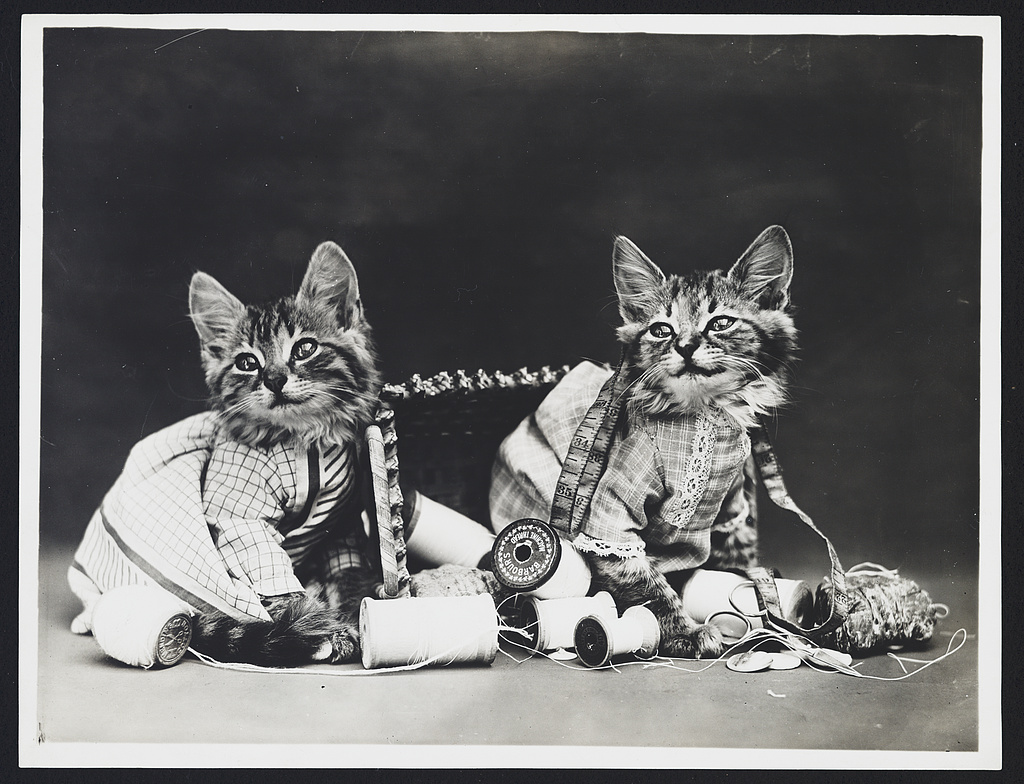 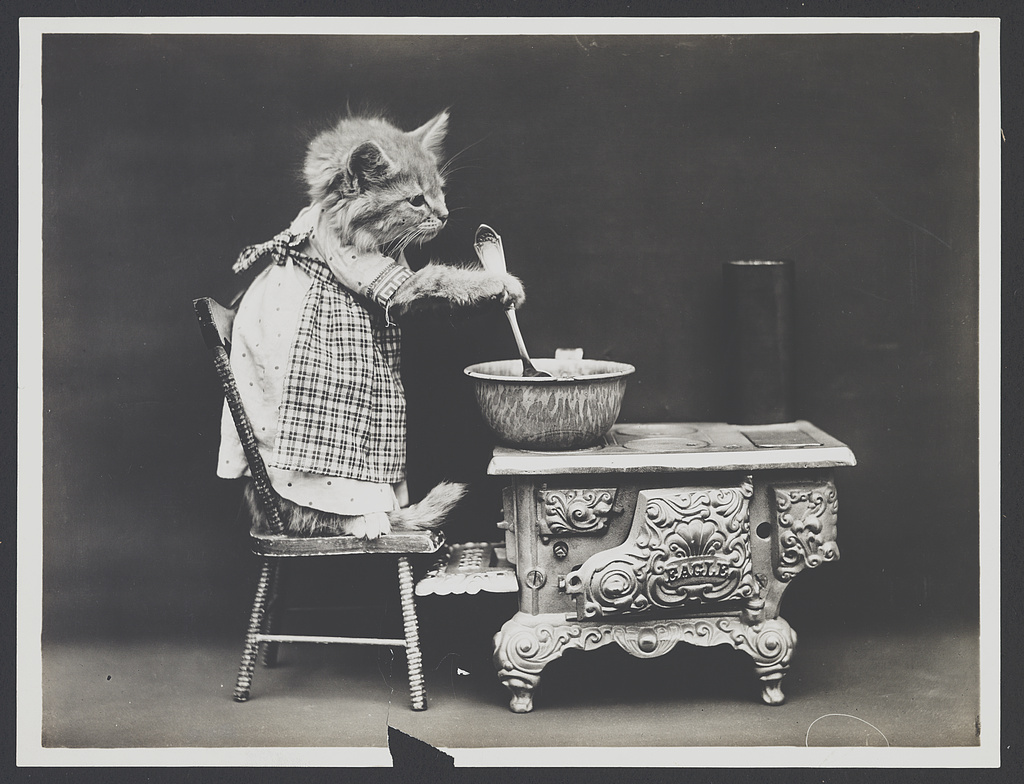 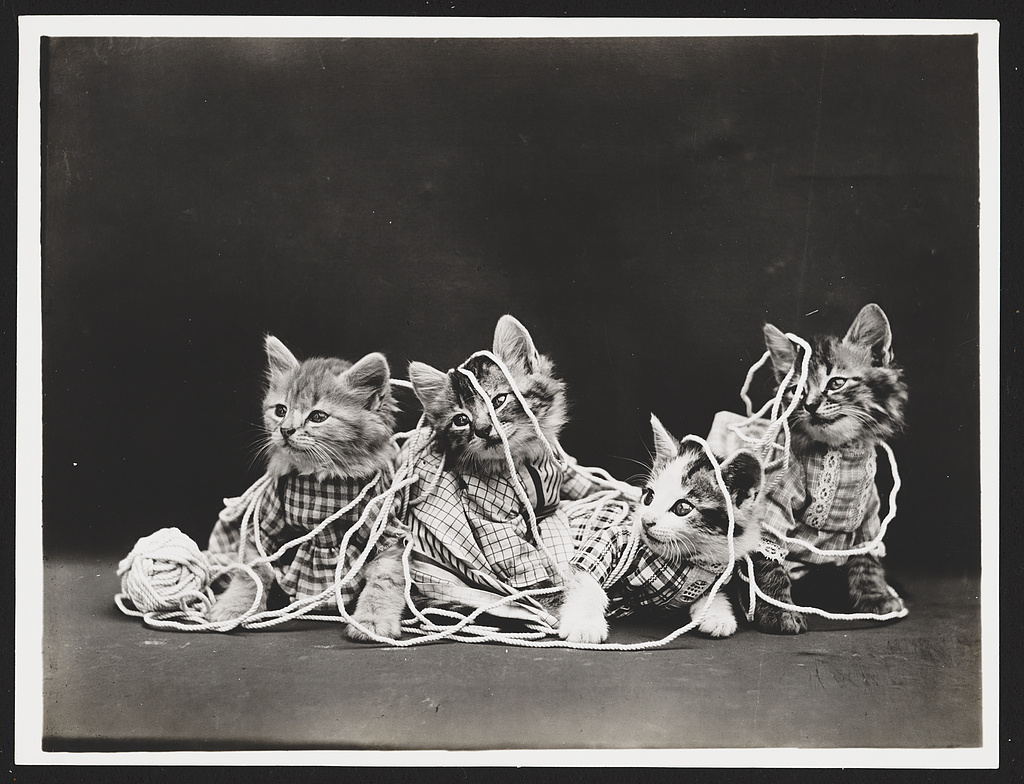 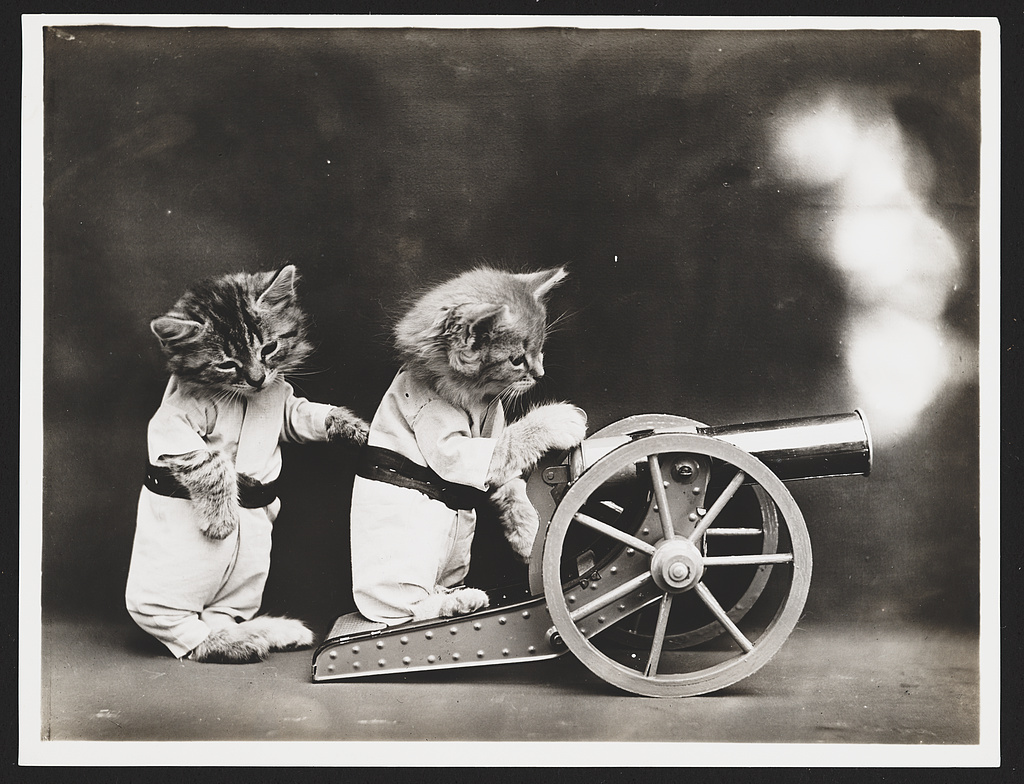 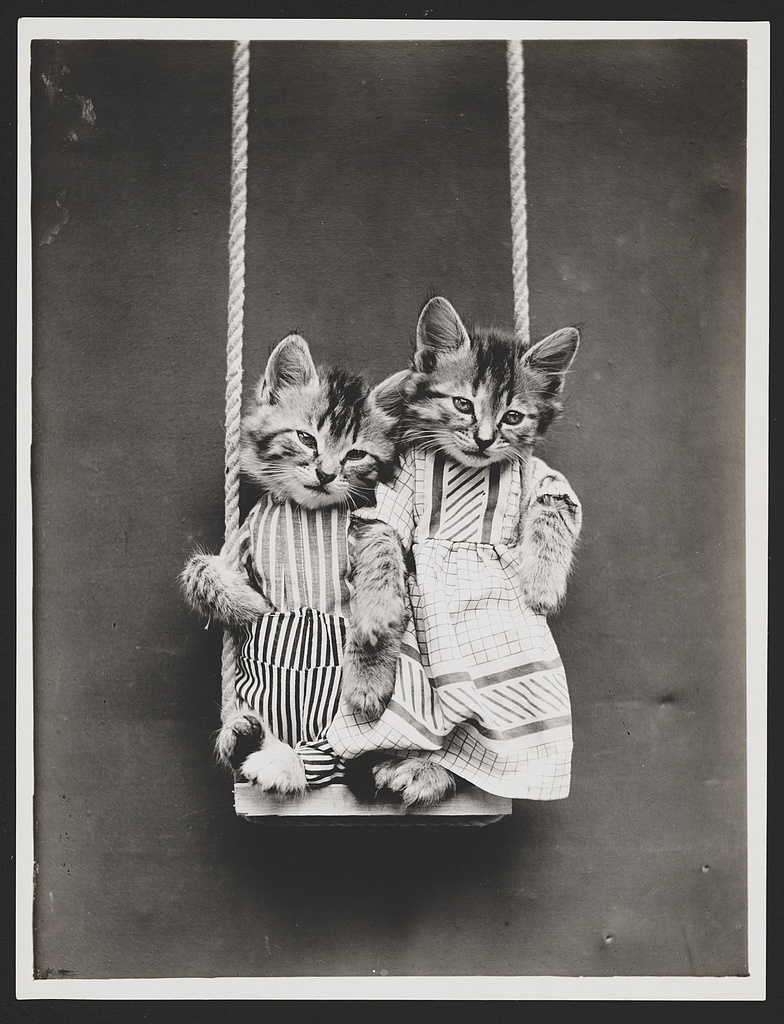 “Rabbits are the easiest to photograph in costume, but incapable of taking many ‘human’ parts. Puppies are tractable when rightly understood, but the kitten is the most versatile animal actor, and possesses the greatest variety of appeal. The pig is the most difficult to deal with, but effective on occasion. The best period of young animal models is a short one, being when they are from six to ten weeks of age. An interesting fact is that a kitten’s attention is best held through the sense of sight, while that of a puppy is most influenced by sound, and equally readily distracted by it. The native reasoning powers of young animals are, moreover, quite as pronounced as those of the human species, and relatively far surer.”

– Animal Land on the Air by Harry Whittier Frees 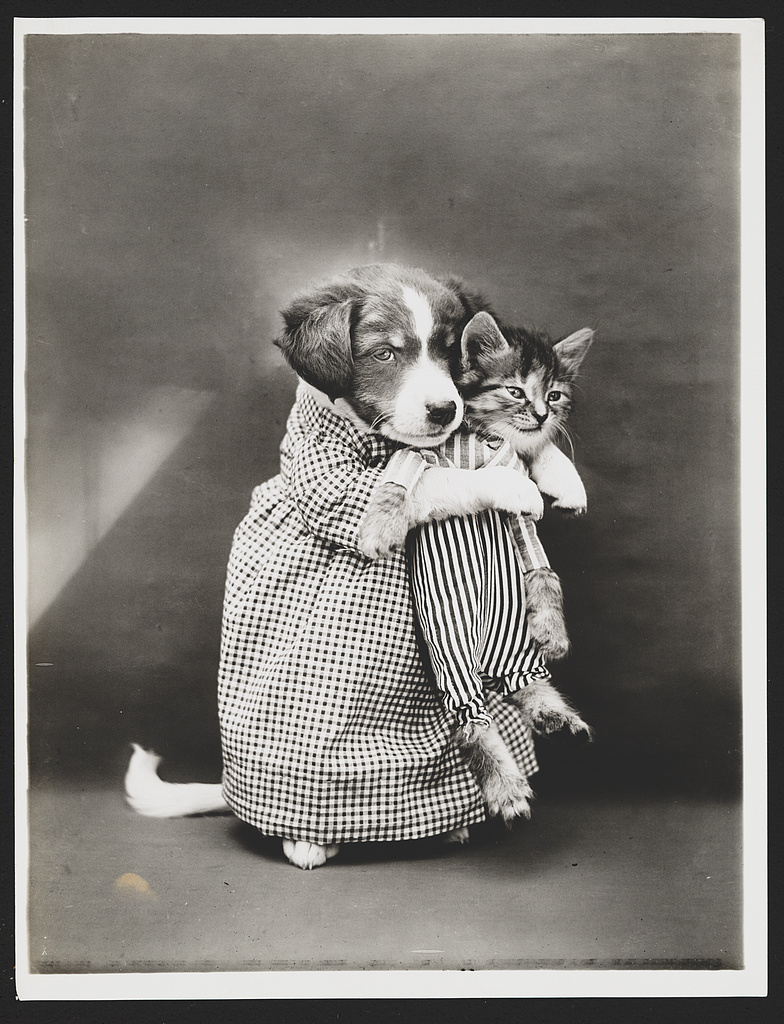 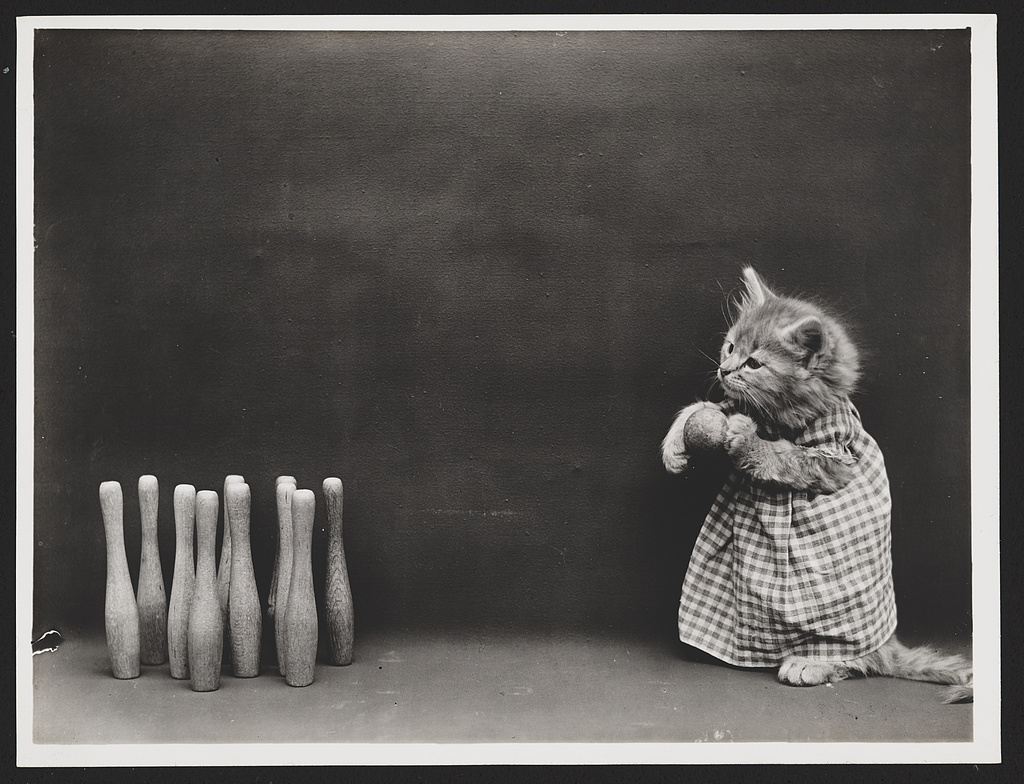 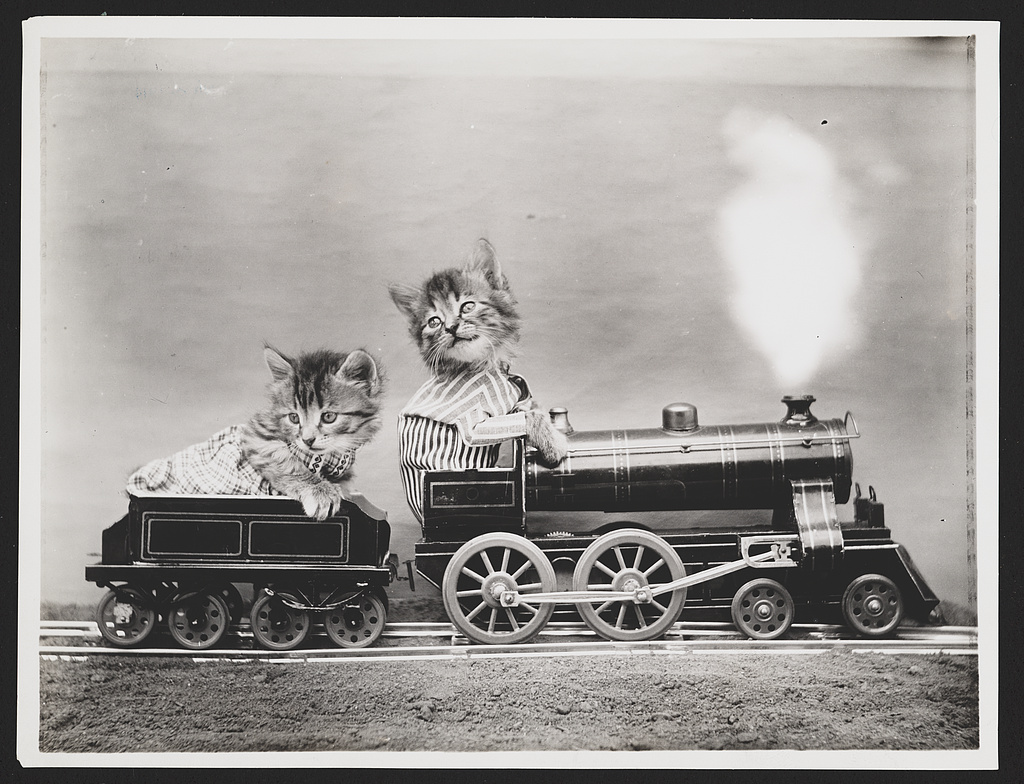 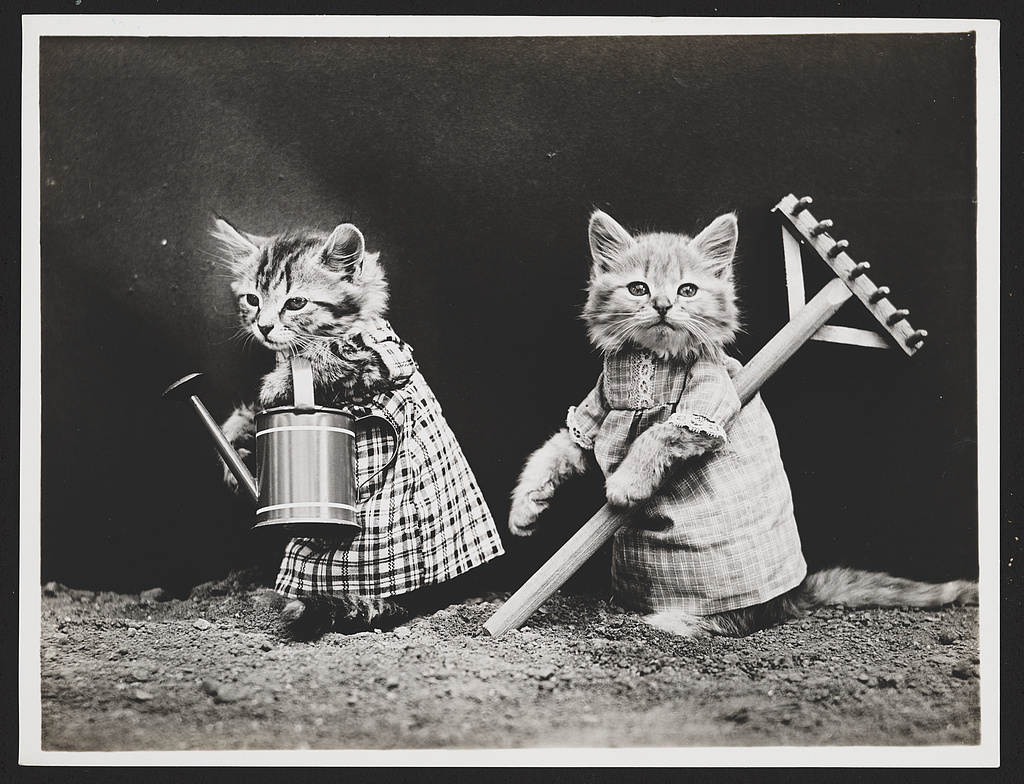 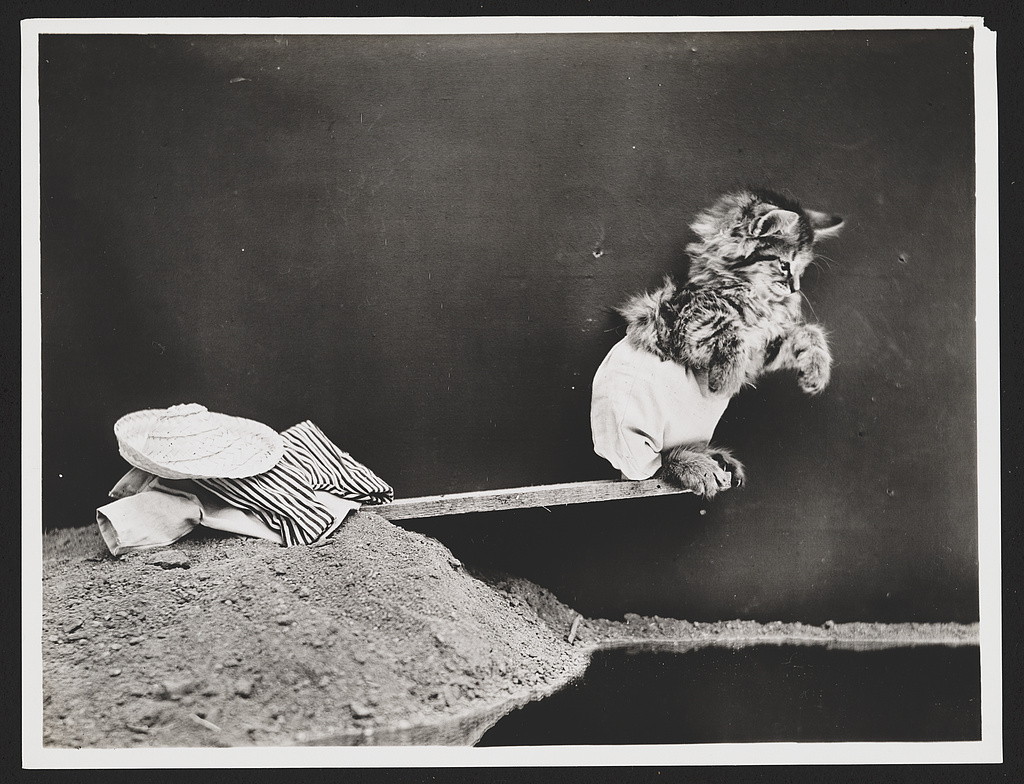 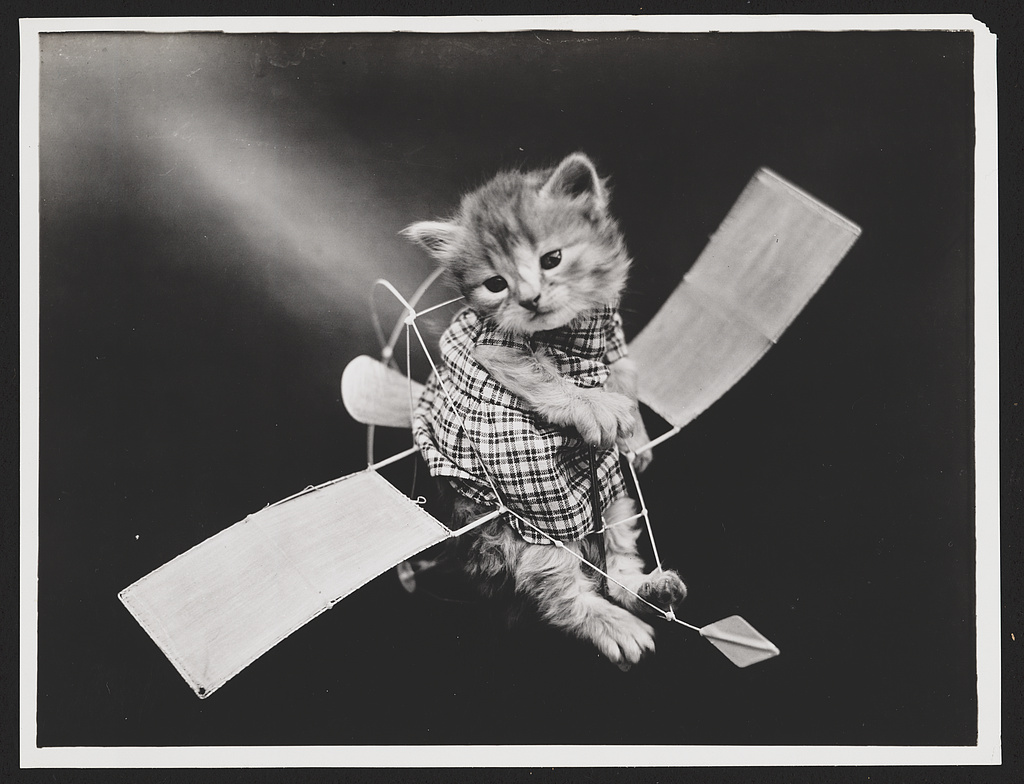 “Despondent over what he regarded as an incurable disease, Harry Whittier Frees, 74, of 709 Senaca Street, took his own life sometime Sunday by turning on the gas stove in the kitchen”

– Obituary in the St. Petersburg Times 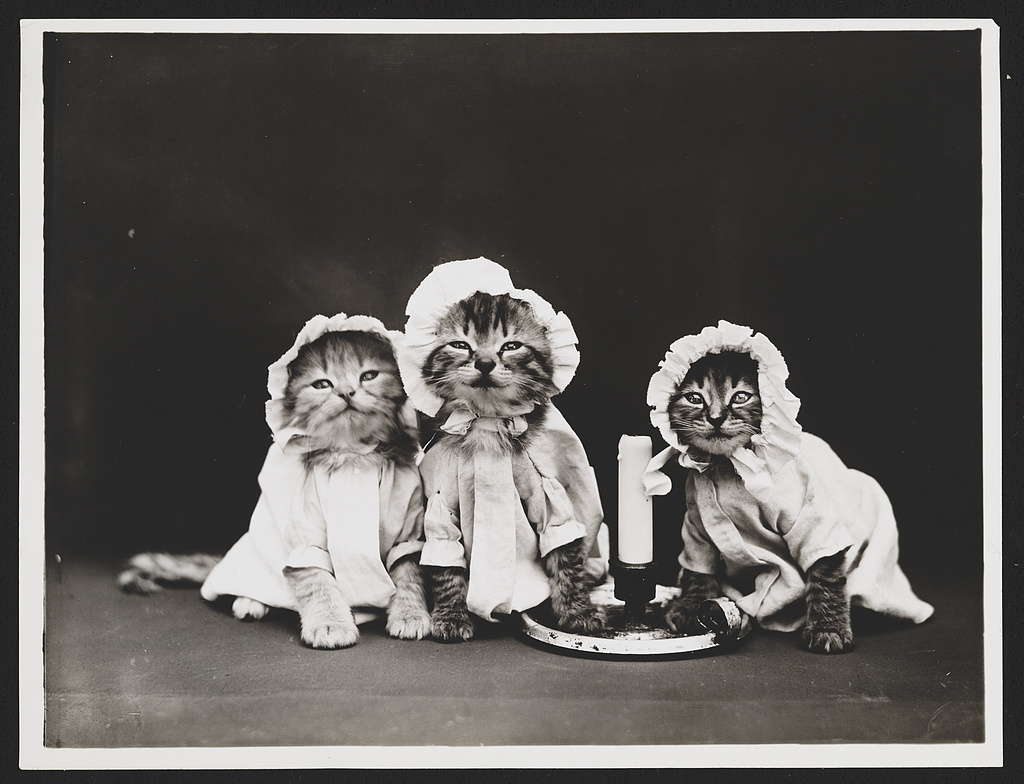 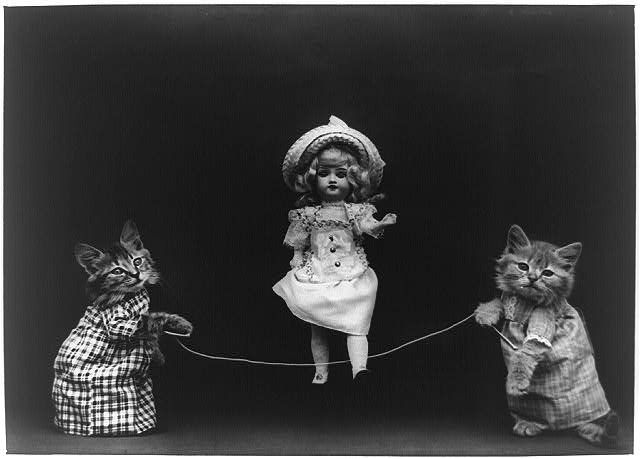 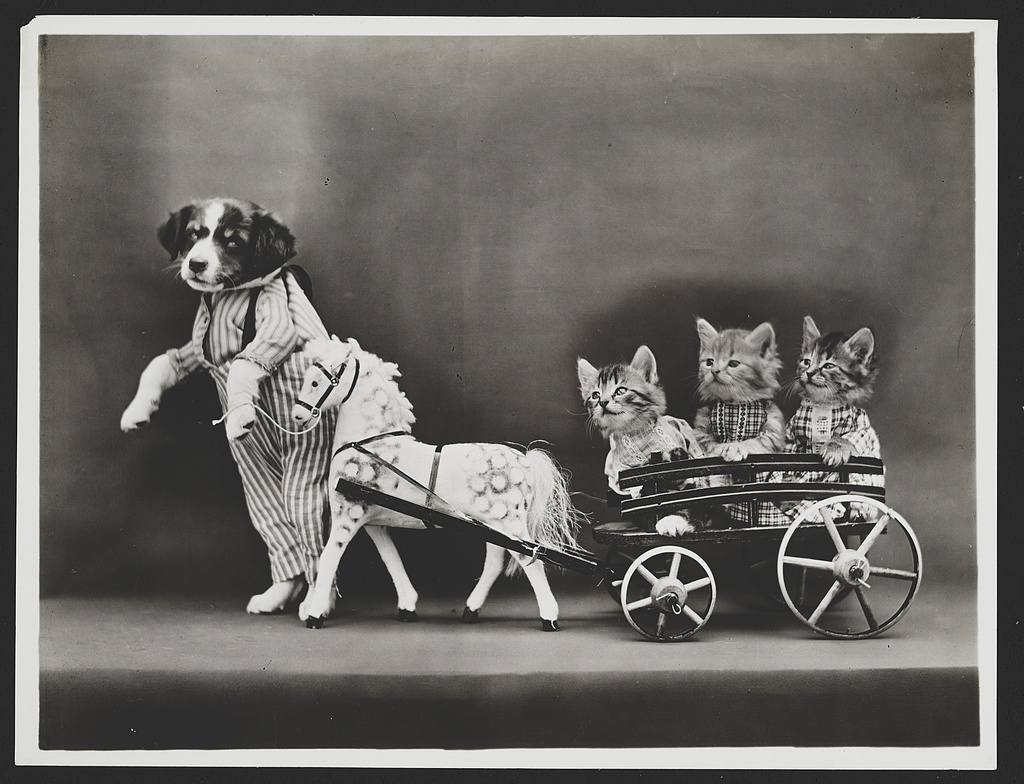 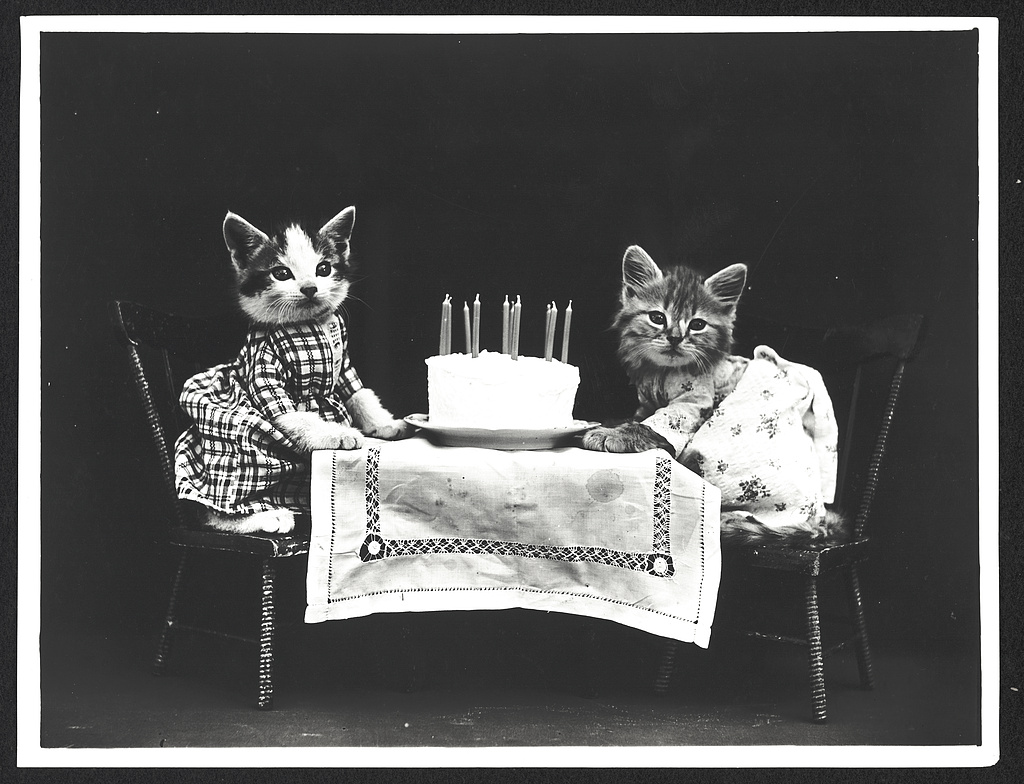 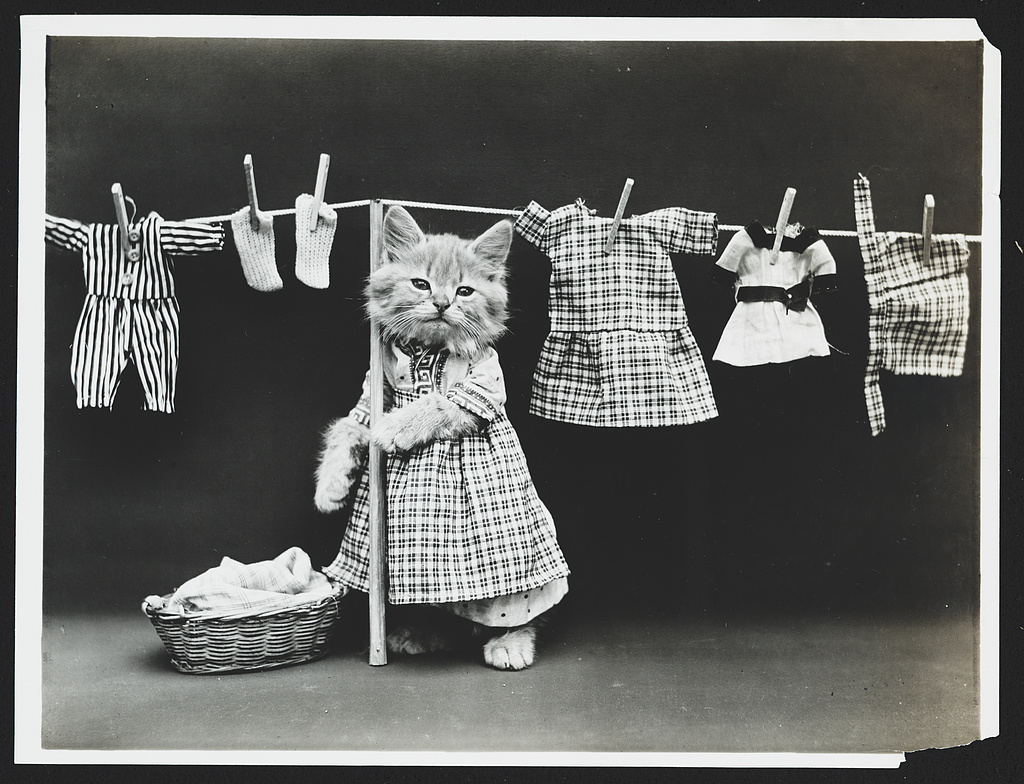 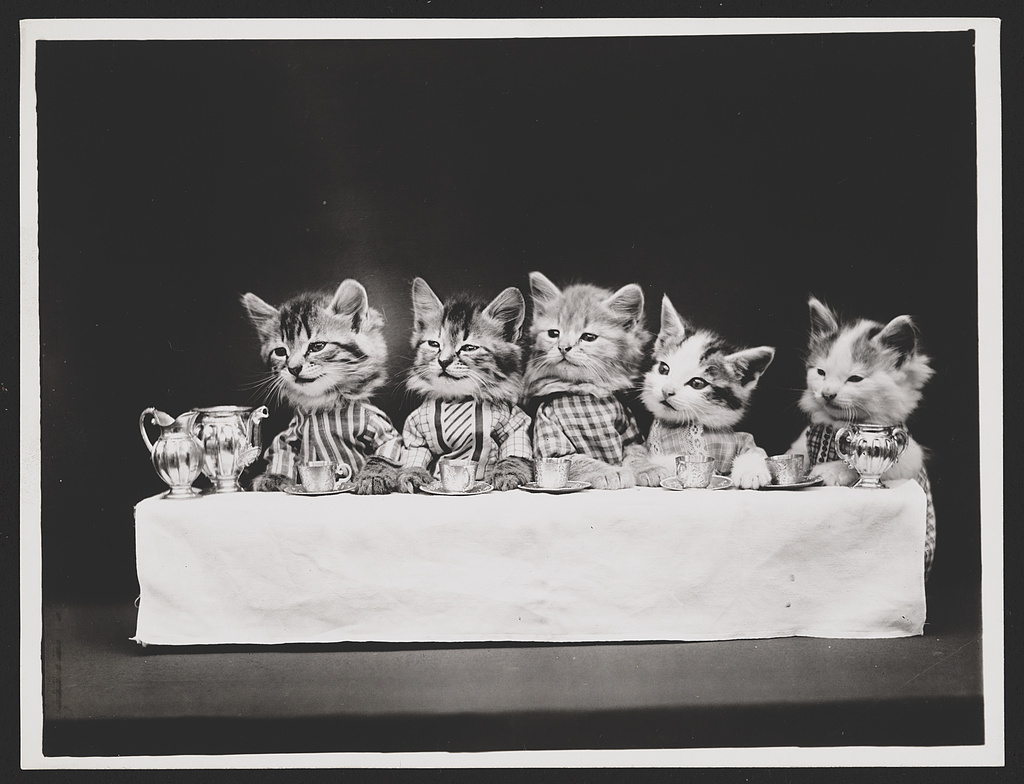 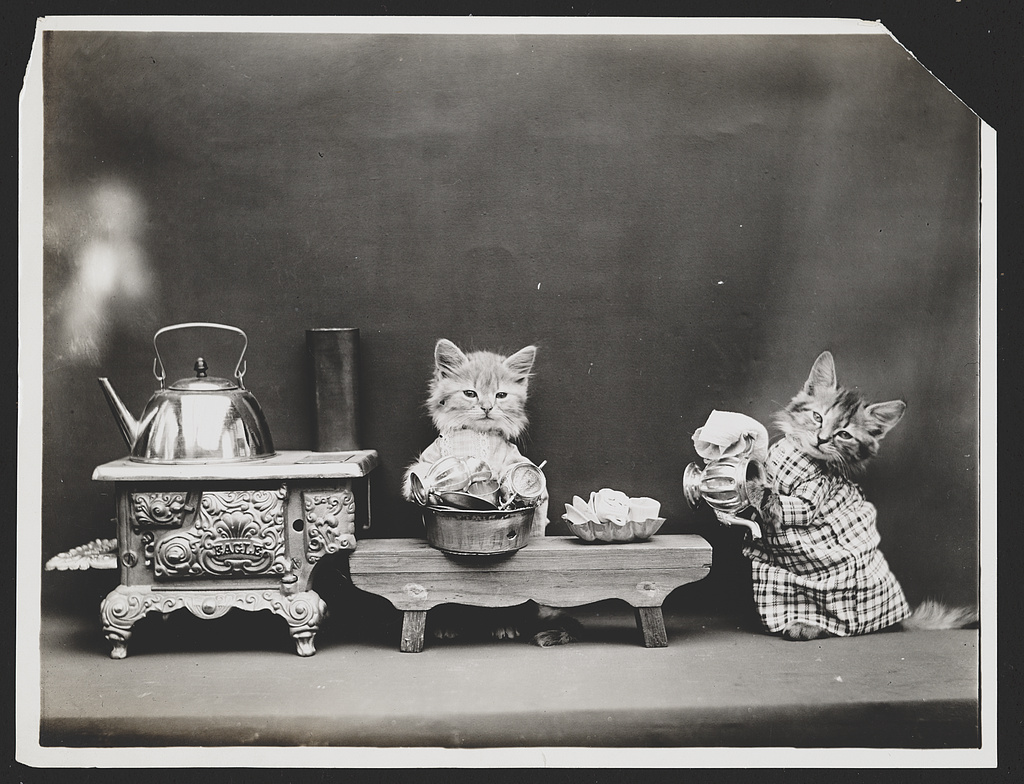 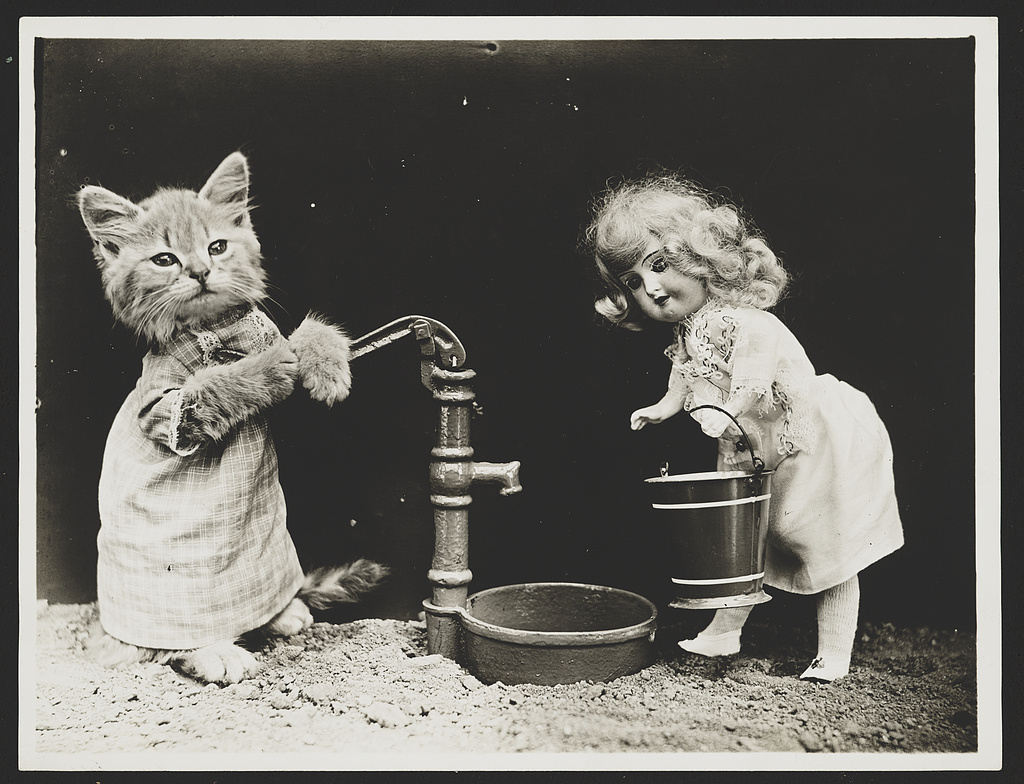 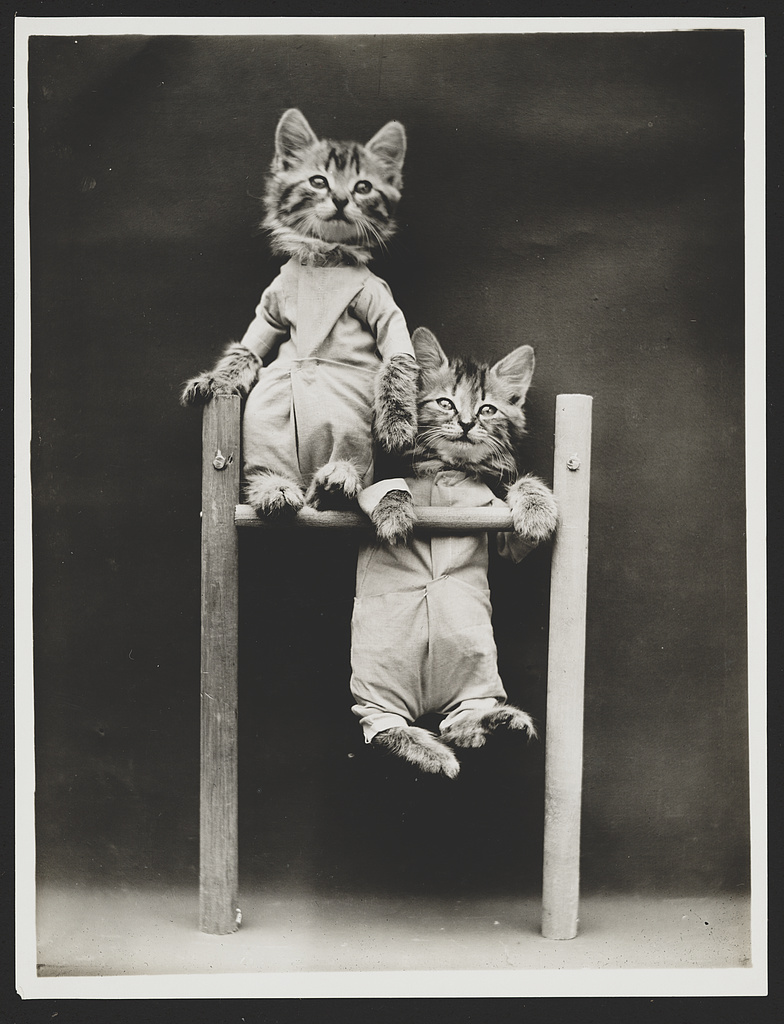 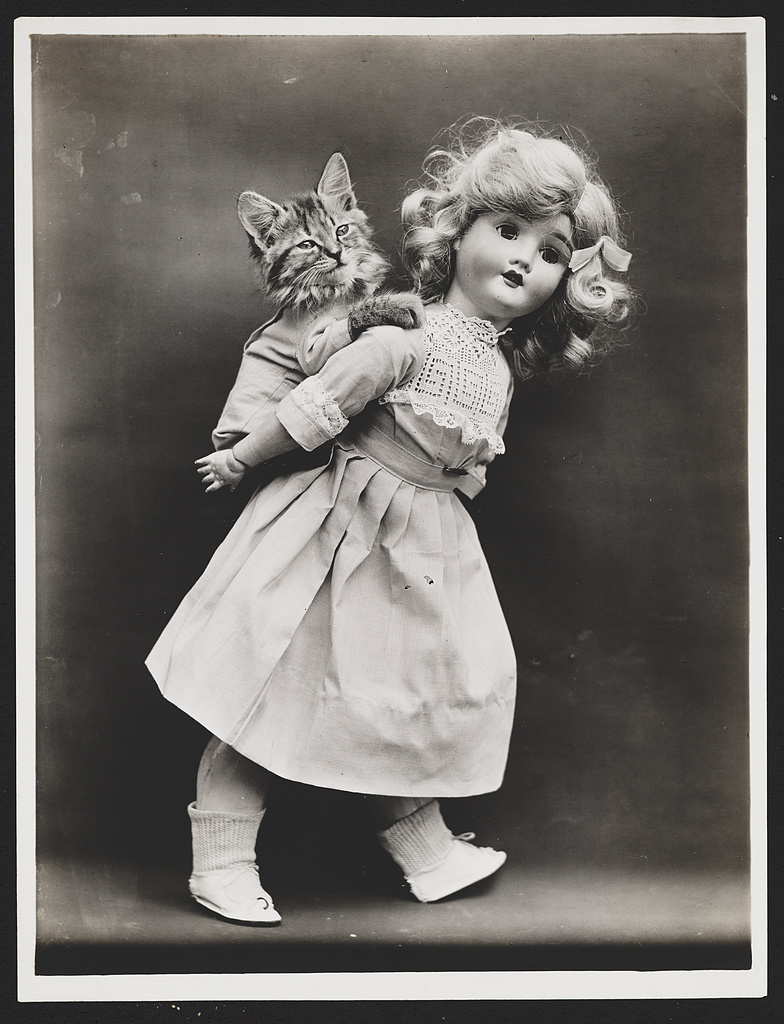 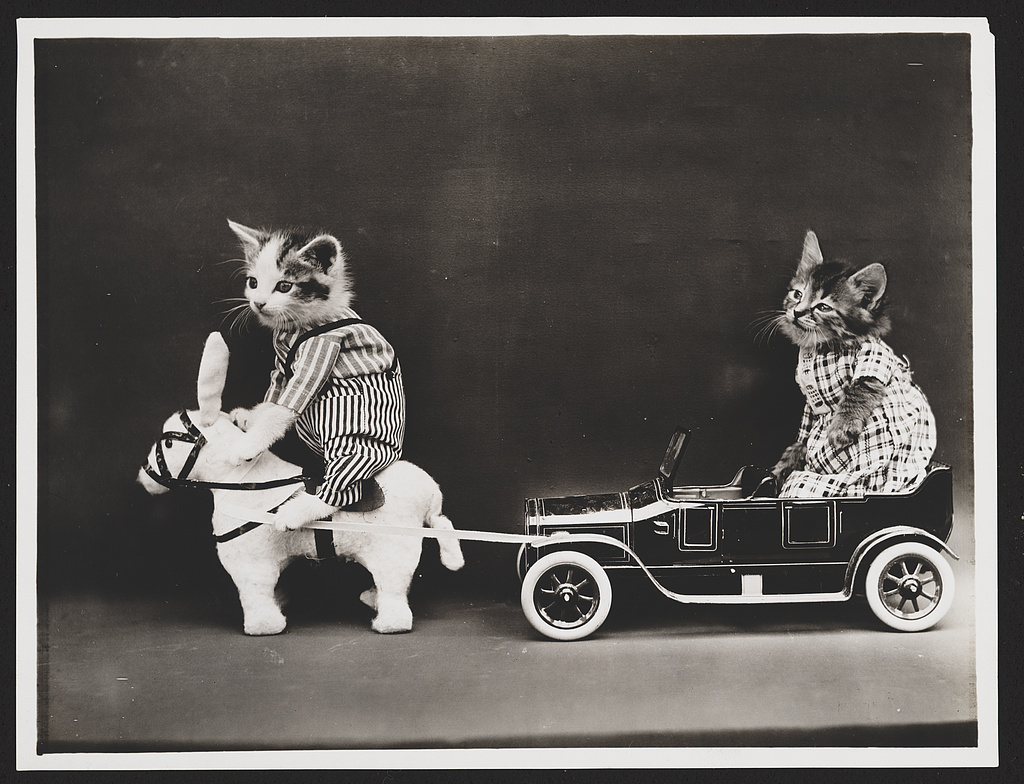 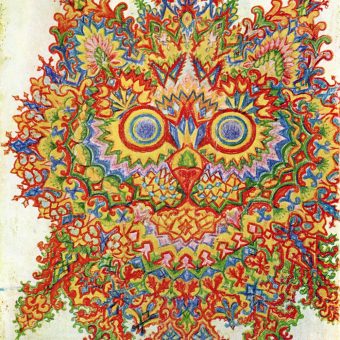 Louis Wain: The Man Who Drew Millions of Far-Out Cats 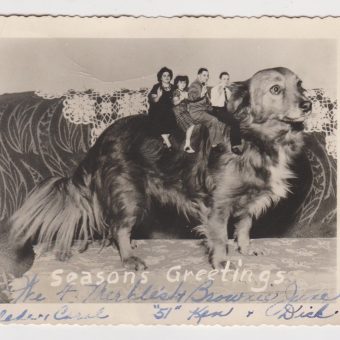