“We should strive to welcome change and challenges, because they are what help us grow. With out them we grow weak like the Eloi in comfort and security. We need to constantly be challenging ourselves in order to strengthen our character and increase our intelligence.”
― H.G. Wells, The Time Machine 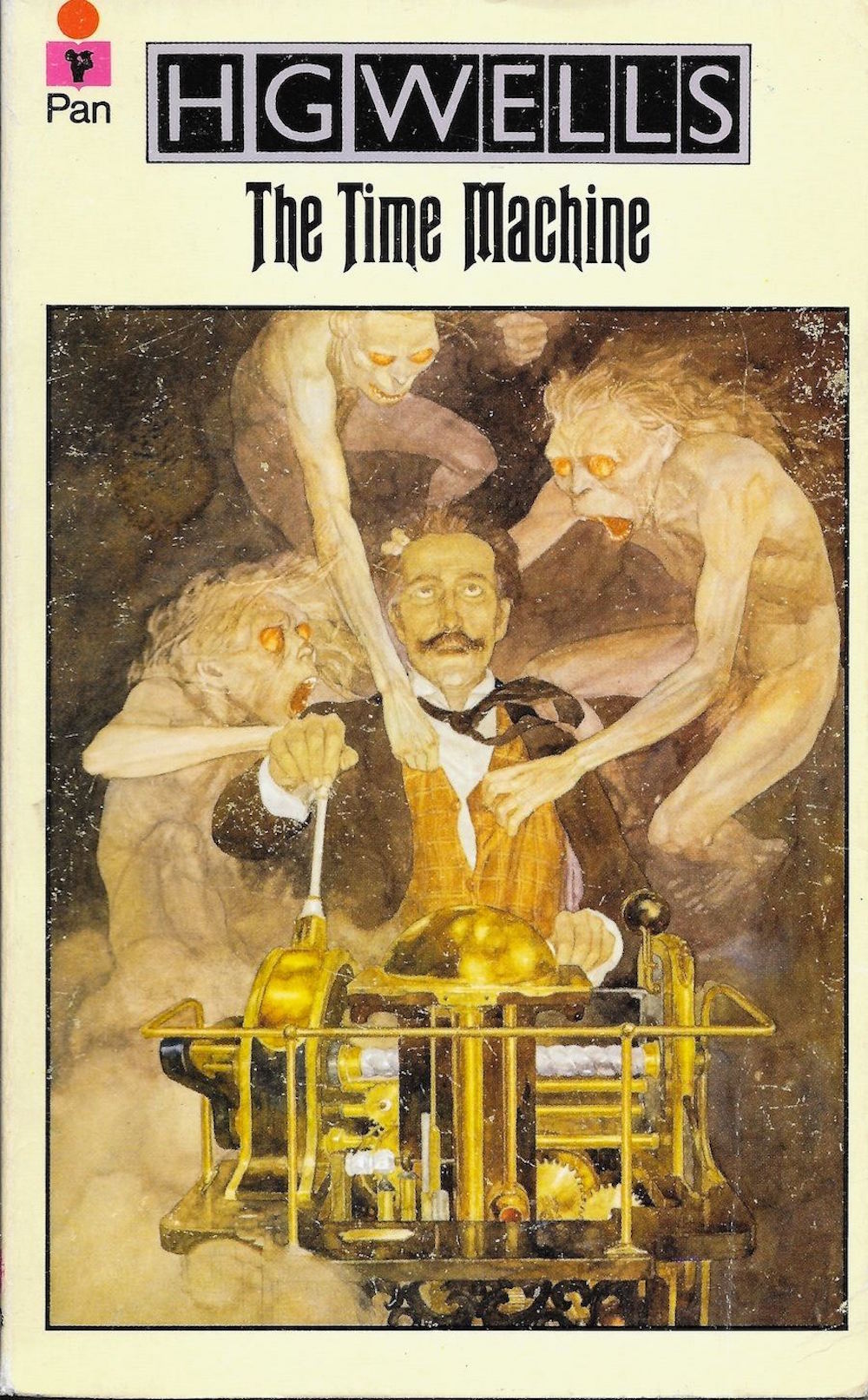 Today, I had the slow dull warning pain of impending toothache. It made me consider taking a pair of pliers to extract (in Looney Tunes fashion, of course) a few of my more miserable molars. I then decided it would be far better if it were only possible to travel back in time to the week before my (well-intentioned) parents booked me an appointment with a Nazi dentist – think a younger Dr. Christian Szell from Marathon Man but without any redeeming charm. Thus saving my teeth from being implanted with more metal than Iron Man and suffering years of toothache. This dentist saw my teeth as his dental experiment and promised (on more than one occasion) to have me fitted out with dentures by the age of eighteen. Nice. He left my twelve-year-old teeth chiseled relics like the columns of ancient Rome – the brutality of which later horrified my future dental surgeons.

This meandering made me wonder whether most people today would use time travel to go back into the past in a bid to change something they thought wrong rather than travel into an unknown future to find out what happens next? The possibility that this might be true suggested our view of the future is far more bleak than that of our ancestors who all certainly went through far worse problems (war, famine, plague, torture, a lack of espresso machines and no wi-fi) than most of us will ever encounter in our lifetime.

When H. G. Wells wrote The Time Machine in 1885, he imagined a future that was certainly bleak with the world ending with a whimper rather than a bang. Yet, his book was filled with an optimism in humanity – in human kindness. He had his central character the unnamed Time Traveller return to the future to help save humanity. 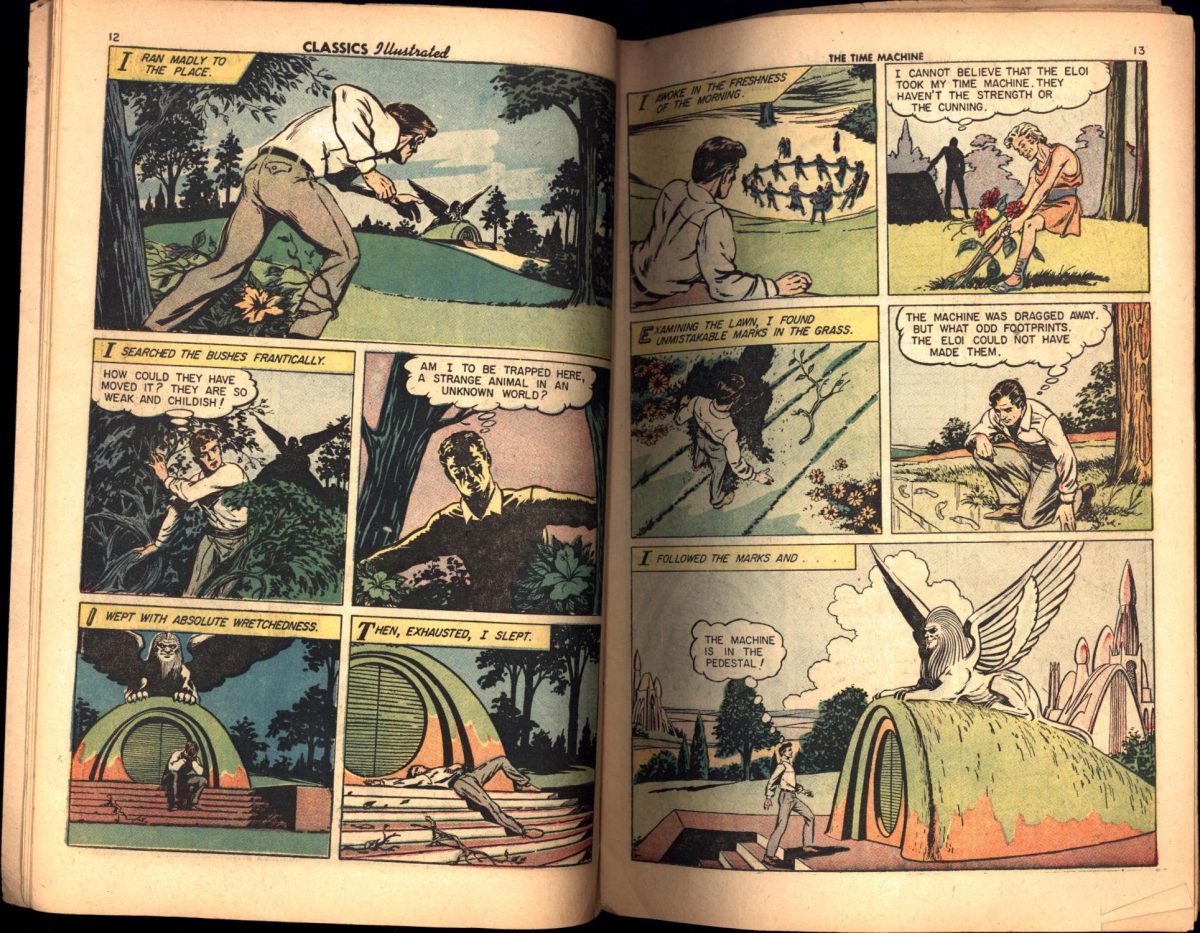 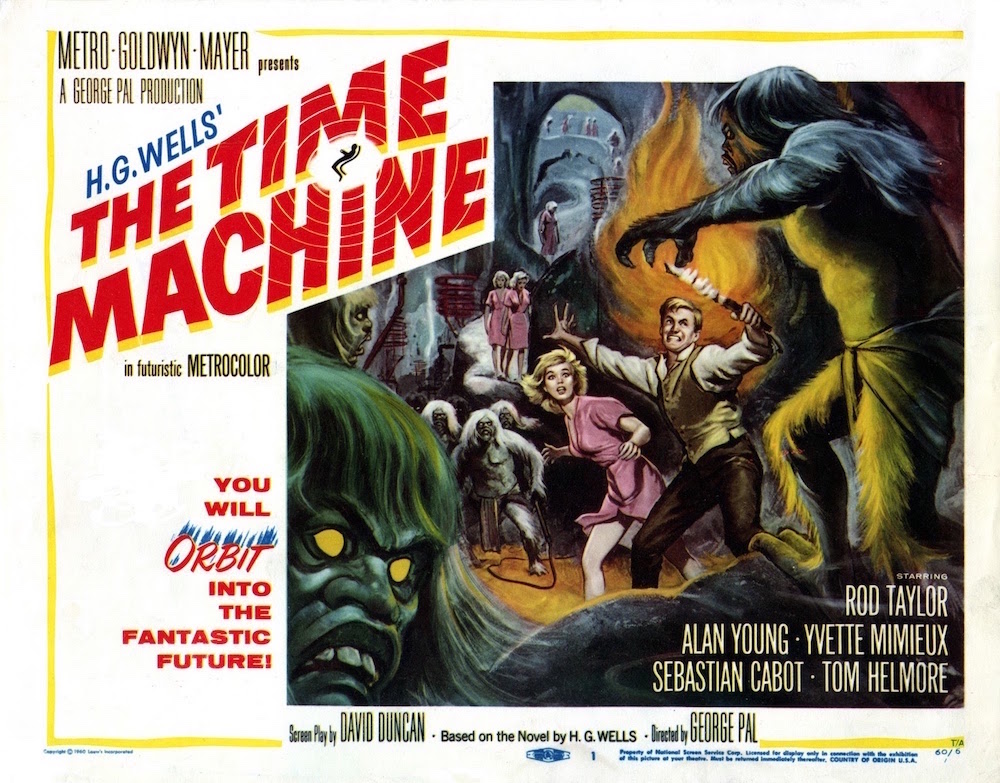 H. G. Wells liked to cycle around the Home Counties thinking up ideas. These mainly came from his asking the question what if? What if Martians landed and laid waste to Woking and the suburbs around London? Or, what if a man became invisible? It was speculative fiction just as in later life he often speculated what if he made a pass at this young lady? I suppose you could call this speculative fucking. Wells was never that surprised to find many of the women he speculated about wanted sex as much as he did. After all, Wells knew God was dead and the only purpose to life was fucking. Fucking and writing fiction.

The Time Machine tells of a scientist who invents a time machine (natch) and travels into the future to discover humanity’s fate. A bit like like Wells cycling about the countryside thinking up ideas. The story was filtered through Wells’ own childhood experiences: living in a dark, dingy basement and witnessing the treatment of servants who were made to carry out their duties through hidden underground tunnels and passageways.

I was educated by Christian Brothers at old Georgian mansion, Beechwood House in Edinburgh, which was once owned by Lord Boothby, the politician perhaps now best known for his association with the Kray twins. The house had two sets of stairs: one dark and dismal for the servants and one bright and carpeted for the owners. There was also a narrow connecting corridor which servants used in order not to be seen by their so-called betters. This world of division between the working and upper classes was depicted in The Time Machine as the world divided between the underground Morlocks and the metropolitan elite of the Eloi. 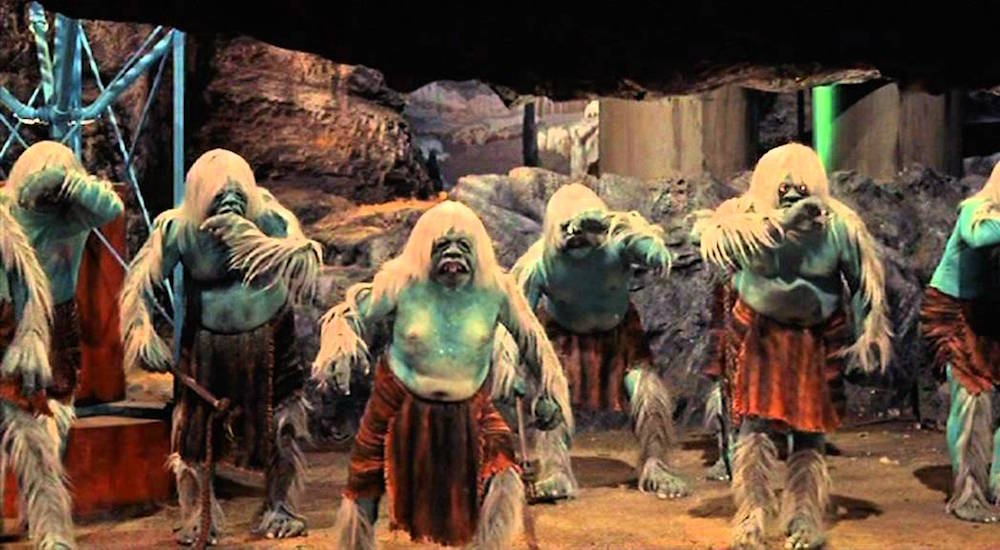 The name Morlocks brings to mind the Canaanite god of child sacrifice Moloch. It also makes me think of those lines from Allen Ginsberg’s poem Howl:

But there are those who contend Wells was thinking of the Morlachs – an ethnic group from the Balkans who were supposedly “barbarous” and stupid.

As for the Eloi, their name may have been Wells poking fun at Christians by using Christ’s last words on the cross:

“Eloi, Eloi, Lama Sabachthani?” or “My God, my God, why have you forsaken Me?”

The Eloi are pathetic, androgynous, childlike gods who live in the supposedly “safe space” or Garden of Eden.

Wells was doing more than just taking a swipe at religion. He was also presenting a rather critical (cynical?) view of the theory of evolution, seeing it as not the “survival of the fittest” but as the inevitable progression of the very worst traits which would eventually come to dominate the world. Rather like Philip Larkin who later described each generation as “a dilution” of the last. The Eloi are vain, self-obssessed, hedonistic people who are indifferent to the plight of others. The Morlocks are gross subterranean creatures who not only serve the Eloi (clothing and feeding them) but eat them. The Eloi are nothing more than the Morlocks’ pandered cattle. 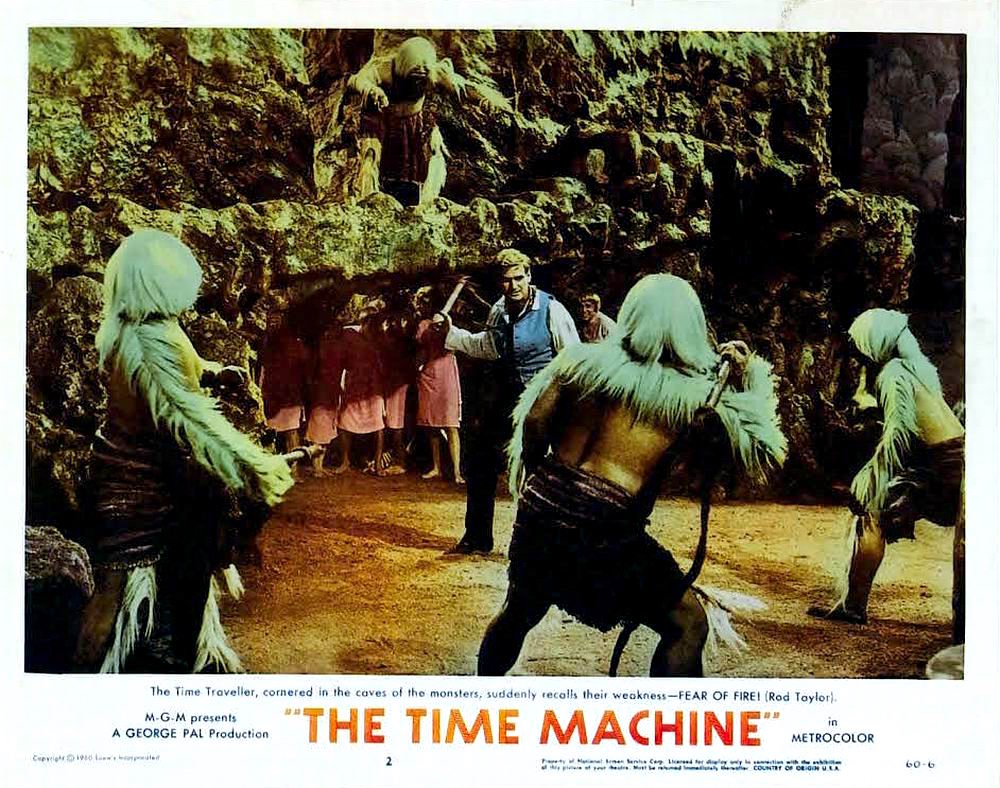 The great Catholic writer G. K. Chesterton thought Wells’ view of the world was at times naive and often nihilistic. He was right, well, up to a point (Lord Copper).  Wells ultimately believed in humanity’s ability to come together and find a way through difficulties. Our humanity would always bring us together. He was more optimistic than Chesterton may have appreciated. 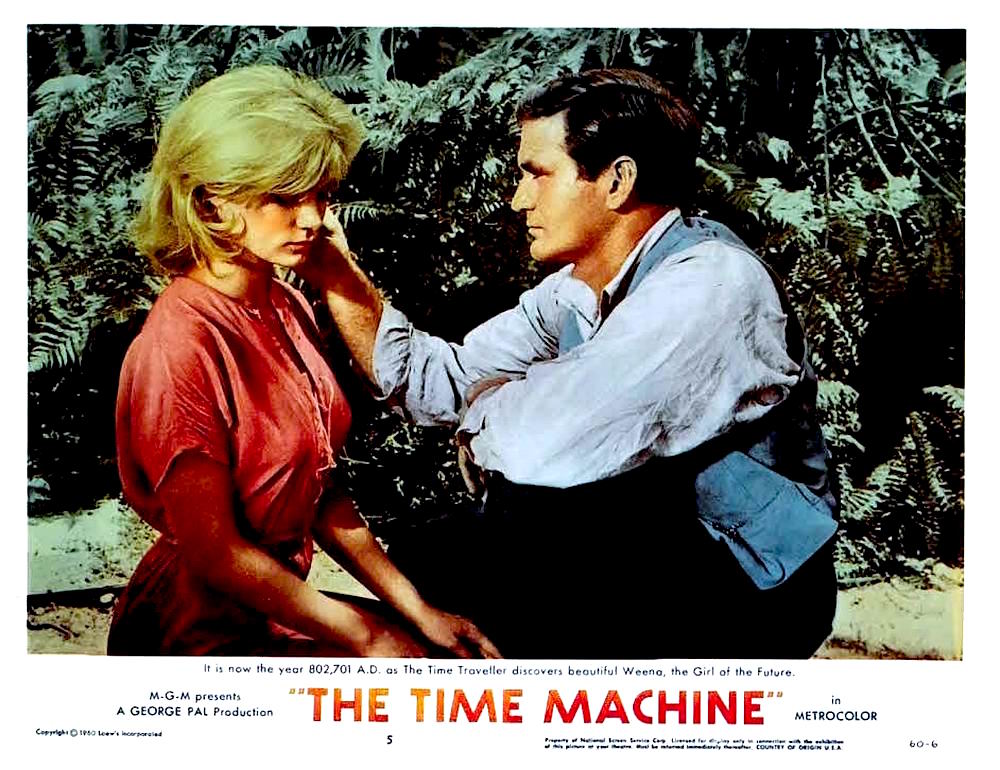 But Wells was also a realist about nature as can be seen in his novel The Island of Doctor Moreau. He suggested the animal (or nature) would always usurp the human (or artificial) construct of politics, religion, and society. Two legs maybe good but four legs will survive.

The word “time machine” was devised by Wells and still holds considerable sway with the imagination. If ever I had access to such device, I wouldn’t travel back to stop the damage done to my teeth, I would head off to the future for they have better dentists there. 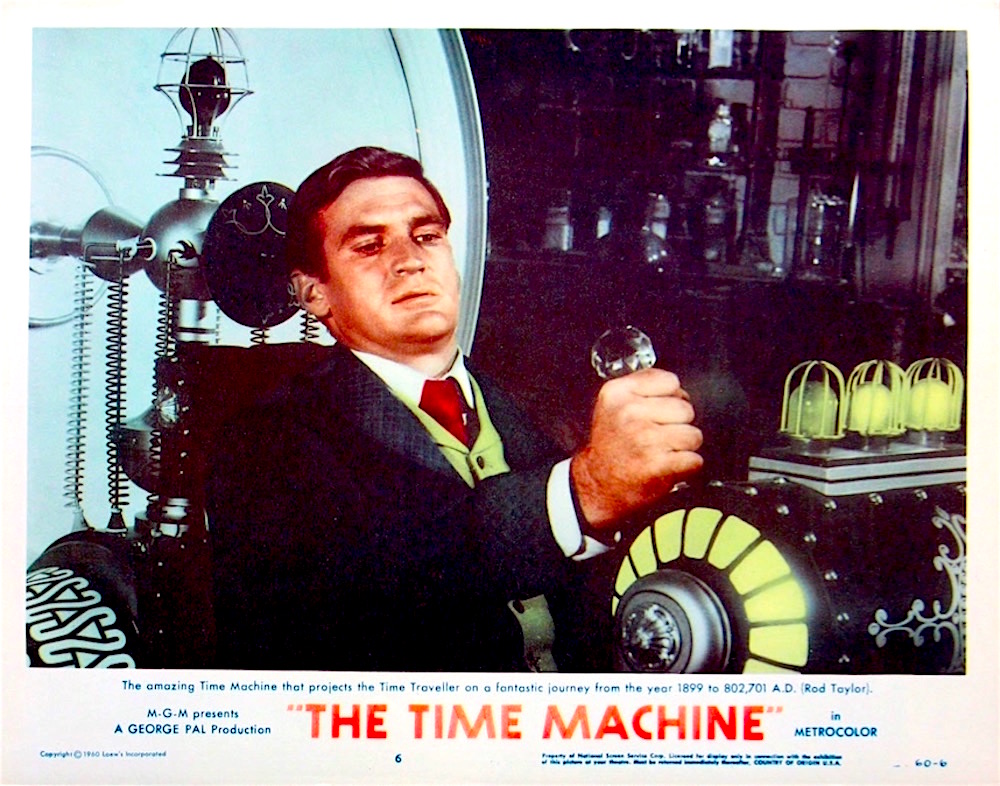 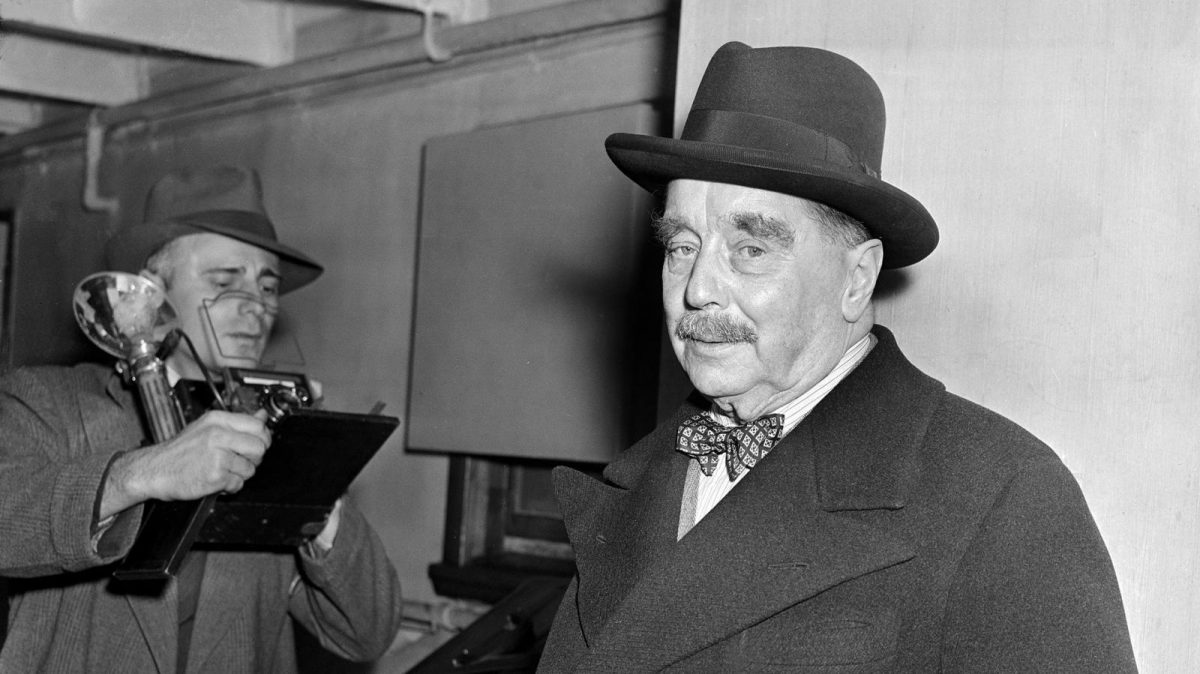 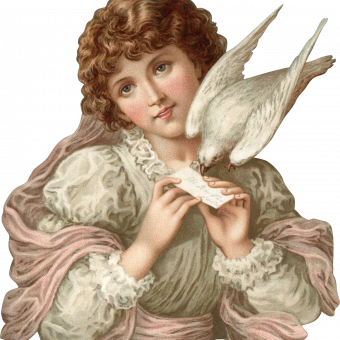