I met brother and sister Alan Brine and Rosemary Roffey (born Brine) in Spring 2014 when we opened the Prefab Museum in a uni-seco prefab on the Excalibur Estate in Catford. They brought old photos and started to tell us their childhood memories of growing up on the same estate, a few yards away from the museum. Alan, his wife Beryl and Rosemary became regulars to the museum and have been supporting all our work since 2014, even after the sad closure of the physical museum in October 2014 due to an arson attack. 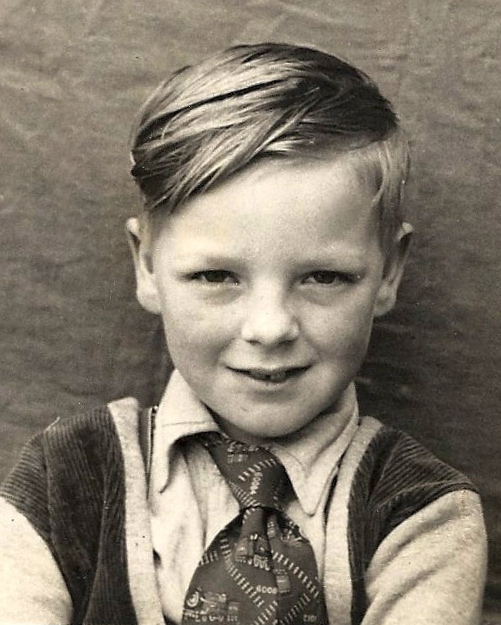 “We lived at number 3 Meliot Road. Because of the lack of motor traffic and the security we were free to roam all over the prefab estate. The game we played was 40/40, also known as Tin Tan Tommy, which was often played in Meliot Road and would involve all the kids we knew from Meliot and Ector Road. I and Terry Rich would climb on to the coal shed roof, then we graduated on to the prefab roof but we always seemed to be in trouble for this, but could not understand why all the concern.

“We had an RAF 12-man life raft that in the summer months was filled with water and used as a pool. The noise must have been horrendous as most of the estate would be in our garden playing in the pool. We also had a large mosquito net that we used as a tent in the garden, with sleepovers. 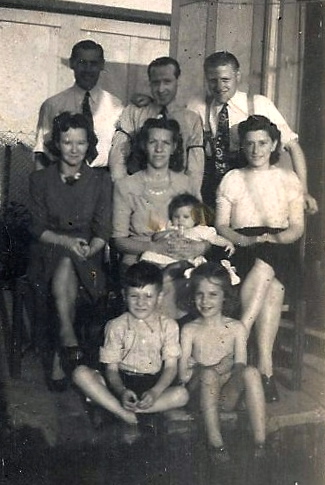 “Our garden faced out on to Wentland Road with only a 1 meter high chain-link fence that an adult could step over. Security was never an issue, although we could always get back indoors as the back door was always unlocked at night.  Living in prefabs – it was a wonderful, wonderful life.

“There was a large gasworks at Bell Green, Sydenham and often a sulphurous smell would fill the air. At 7.30am and at 5pm you could hear the steam whistle for the start and end of work shifts at Gleniffer Laundry. Then as now the flight path to Heathrow ran east to west over the estate, and I, like most boys of my age, would find the flights overhead fascinating, more so in the late 1950s and early 1960s with the arrival of jet airliners the Comet, VC10 and Boeing 707s. 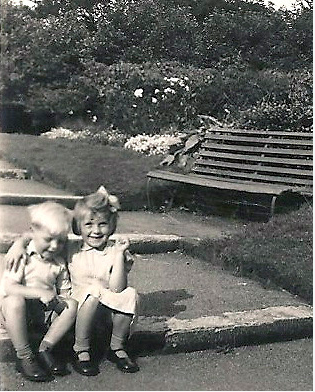 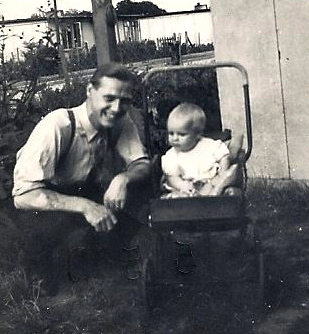 “Our days seemed to be spent running around the streets or on our bikes, both Rosemary and I learned to ride on the same old bike that Dad got for us, when we had finished with it, it was given to Mrs Walklet who lived in Persant Road. She had cherry trees in her front garden and when we went past her house, we were given handfuls of freshly picked cherries, well I was, Mrs Walklet would make a fuss of me. The bike would have been given to allow her daughter Mitzy to also learn to ride. 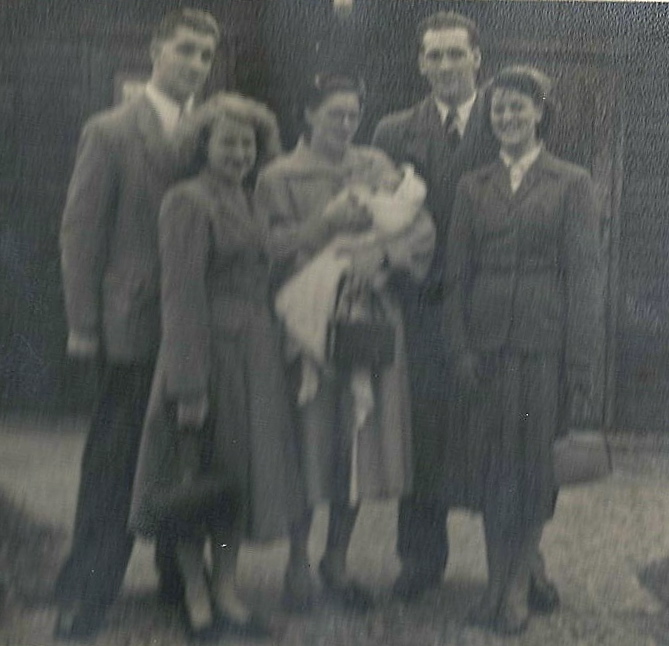 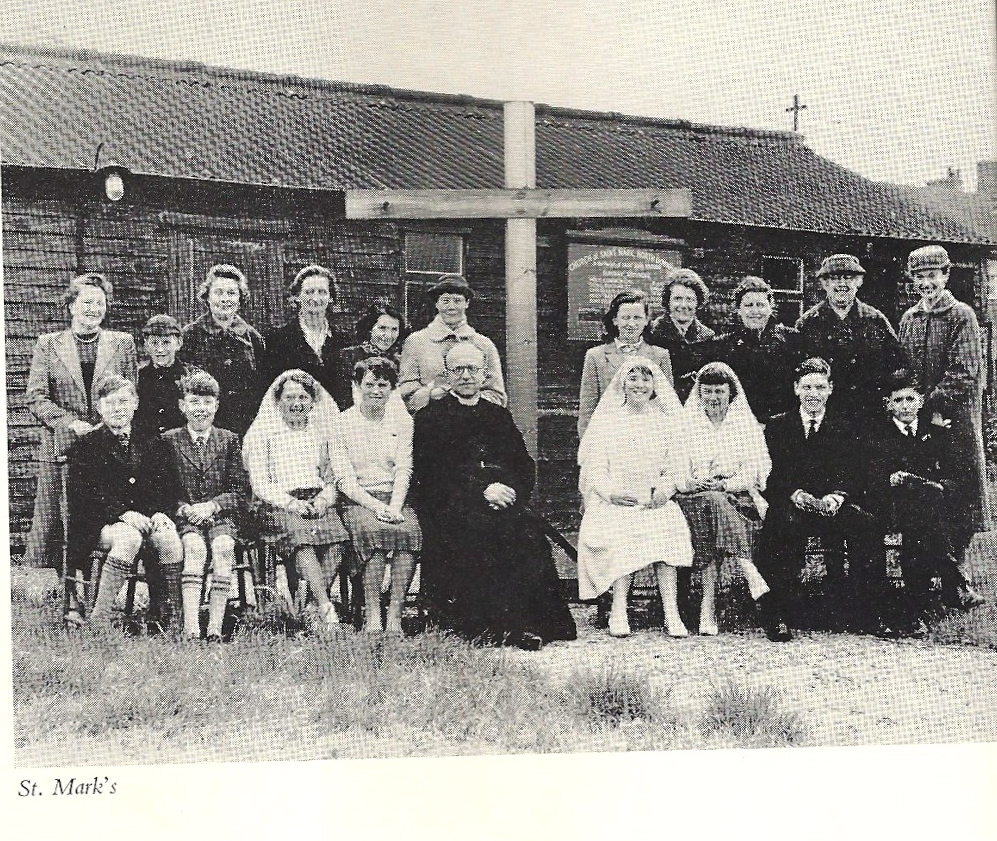 Brine family photo outside St Marks Church before it was rebuilt into the shape of a Nissen Hut, Excalibur Estate, Catford, London 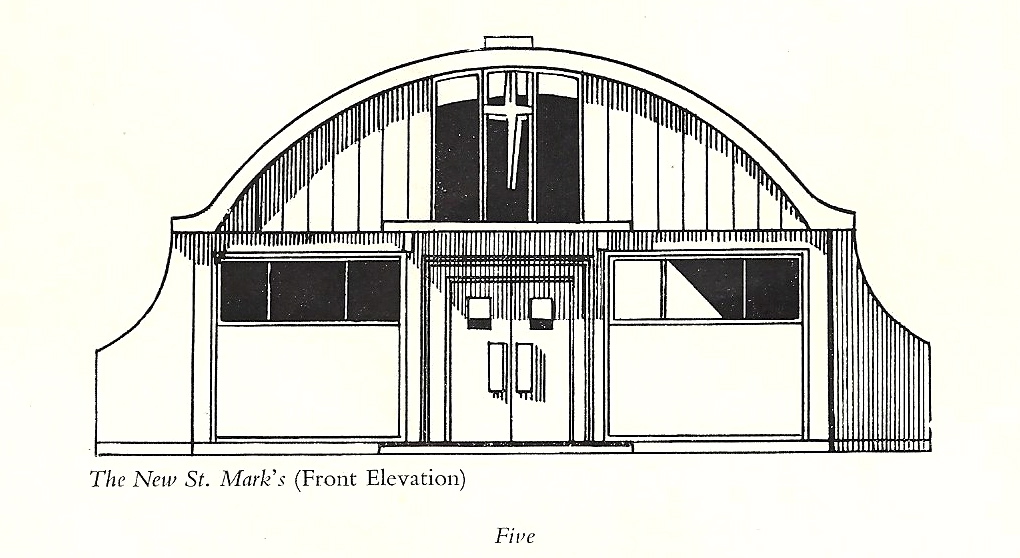 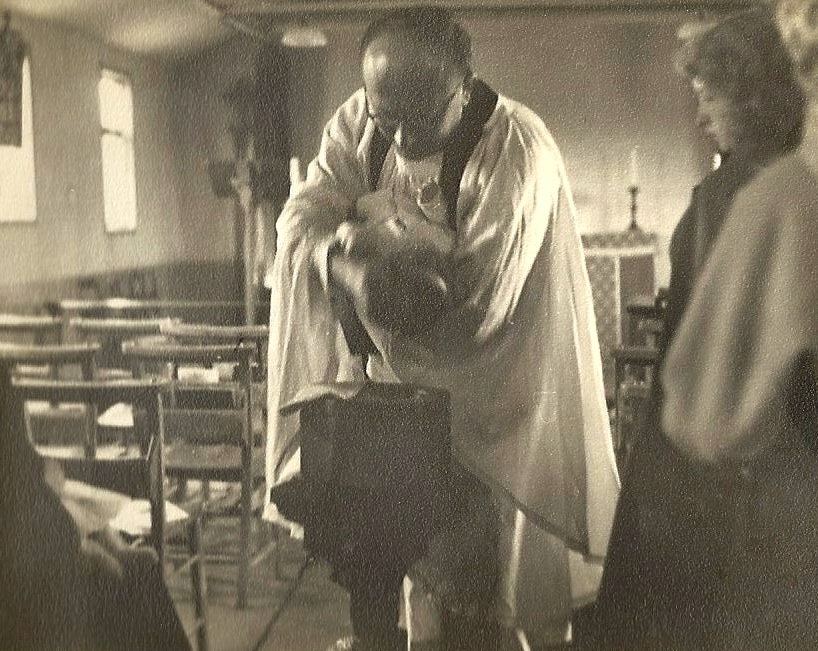 A child being baptised at St Marks Church

“Rosemary was known as the little girl with the cat in a pram dressed as a baby. She would walk with the cat to the fish shop in Boundfield Road and the fish- monger would give her scraps for the cat.

“Some people kept chickens, so we would occasionally get fresh eggs. All families would help each other if someone had a problem. One time there were a series of burglaries and the pre-pay gas and electric meter coin boxes were broken open and the contents stolen (it was the tenants’ responsibility for any money in the box so it would have been a real hardship for most to make up the loss). So a number of dads formed a vigilante group to patrol round the streets to try ensure we were all kept safe.” 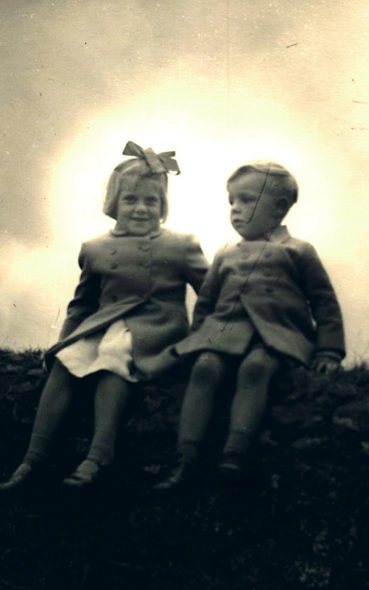 “We loved our lives of freedom. When we started school some of the kids would try to make fun of the ‘shanty town’ or ‘cardboard city kids’, but these were the children who did not know what it was like to have a refrigerator at home, and have ice-cold milk to drink, to have a separate bathroom and toilet. When I first visited a schoolmate’s flat I found that the odd-looking thing in their kitchen was a bath with the top over it.

“In the winter months, it could be so cold in the prefabs with ice forming on inside of the window panes from the condensation. On Saturdays, if Dad did not go into work early, he made up a big roaring fire to warm the house, then made a lot of porridge for us and we sat round the fire to eat it. On Sundays, if the muffin man had been round, some crumpets were bought and Dad and only Dad would toast them in front of the open fire and then we would have them with lashings of melting butter.”