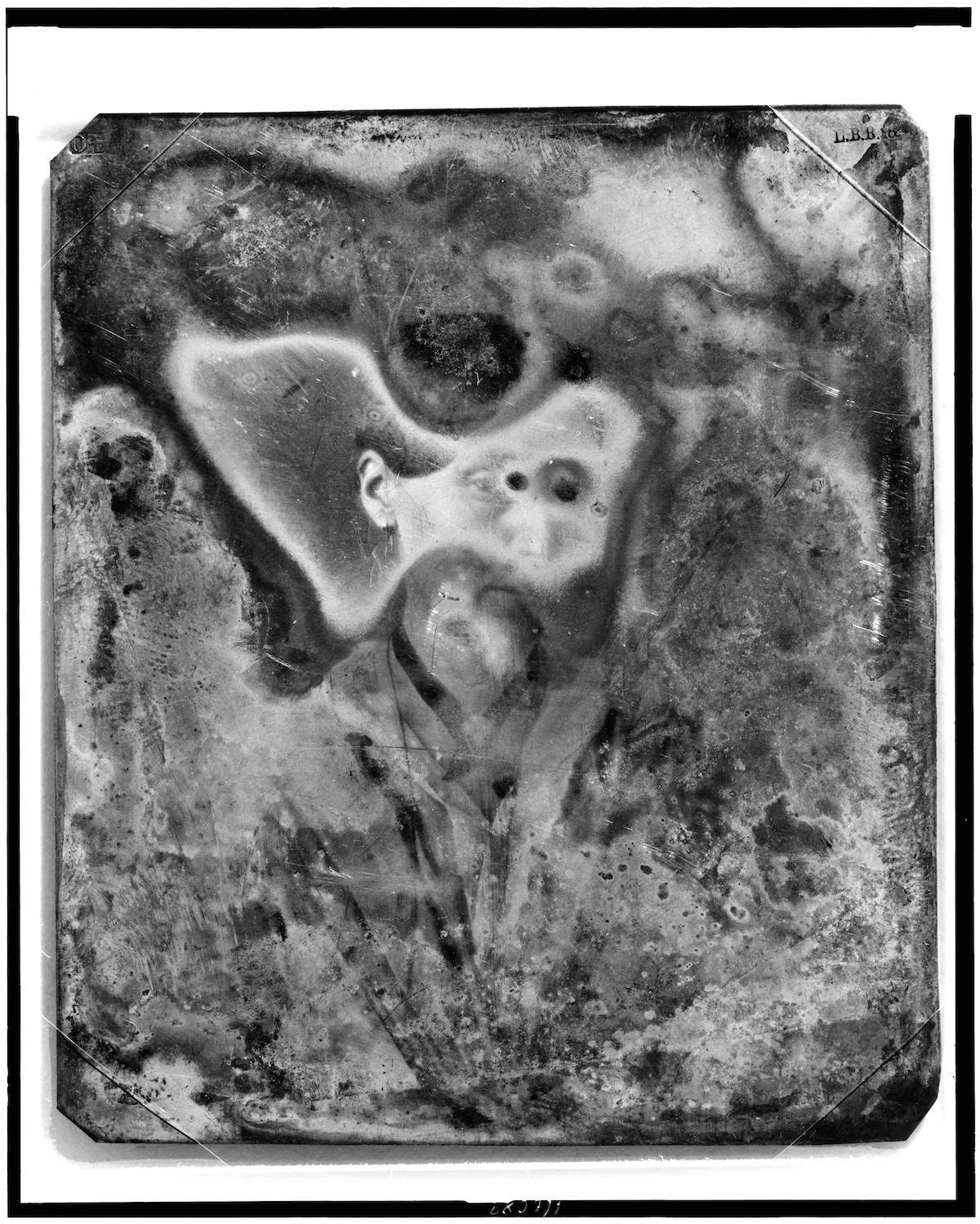 The daguerrotype was the first commercially successful photographic process invented by French theatre-designer Louis-Jacques-Mandé Daguerre in 1839. A picture was captured by exposing a small sheet of light-sensitive polished silver-plated copper. Taking a portrait took a considerable time, which meant sitters had to be clamped into position so no movement would blur the image. The portrait was made visible by allowing fumes of mercury vapour to the coat the copper plate. The resulting picture was fixed with chemicals then rinsed and sealed in glass. Unfortunately, daguerrotypes were easily marked and as the fixing process was unstable this meant pictures decayed with age and handling.

Mathew Brady was one of America’s most celebrated 19th-century photographers. He was best known for his portraits of politicians, actors, and writers. He was also known as the “Father of Photojournalism” on account of his documenting the American Civil War, in which he travelled to battles with a mobile darkroom. Brady spent over $100,000 (the equivalent of millions in today’s money) to capture over 10,000 images of battle scenes, portraits of generals and soldiers on both sides of the conflict.

Brady had hoped he would make his fortune by selling his pictures after the war. However, such images went quickly out of fashion and Brady fell into debt. He died blind and penniless in a New York charity hospital on 15th January, 1896.

The bulk of Brady’s photographic library was donated to the Library of Congress in 1920.

As daguerreotypes were unstable a good percentage of Brady’s work has decayed badly with age. While his war pictures and portraits can still be viewed at the LoC, I think his blurred, disintegrating portraits taken between 1844 and 1860 are the more beautiful and disturbing as they have become like uncanny, ghostly images or like portraits Francis Bacon may have created with a camera. 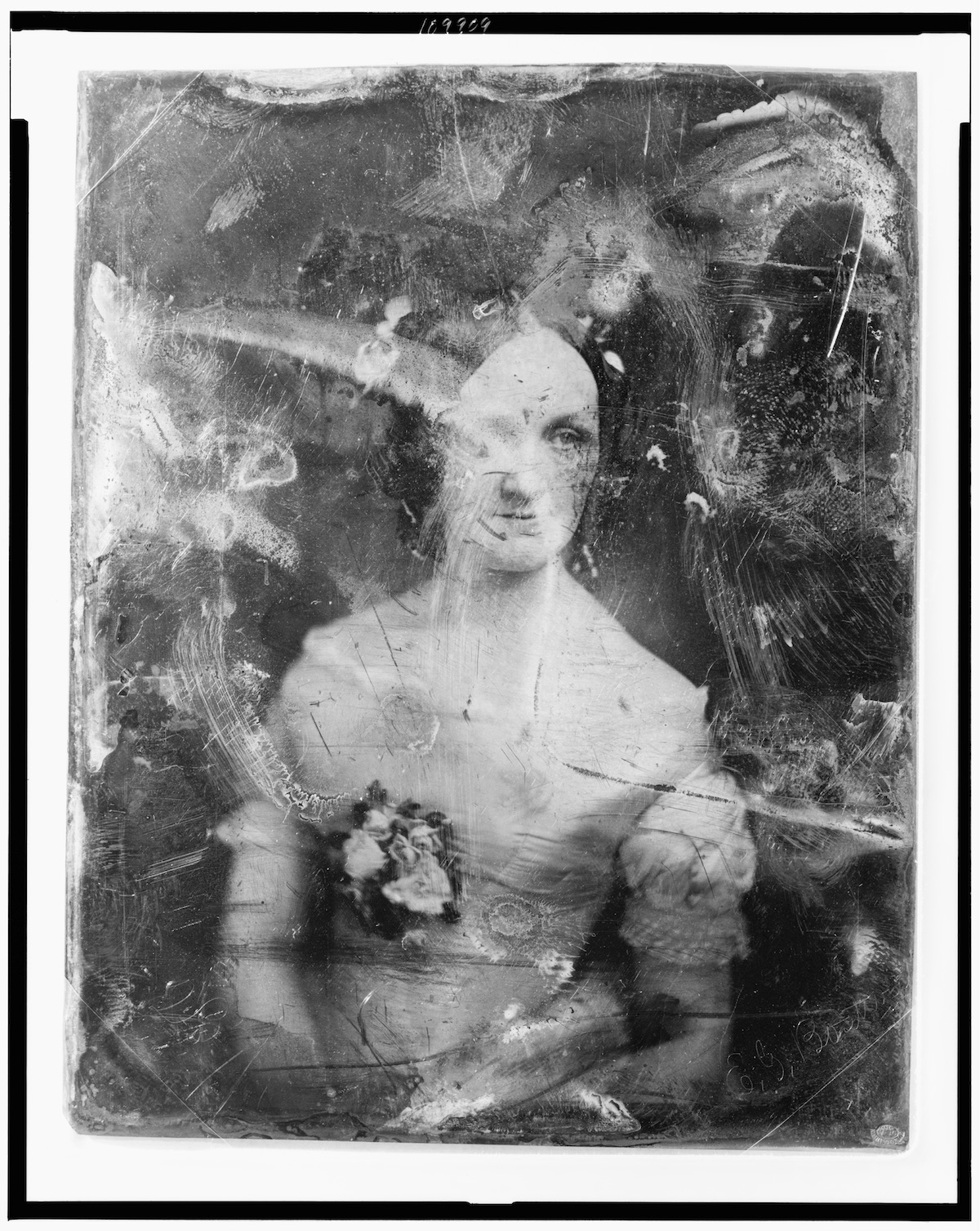 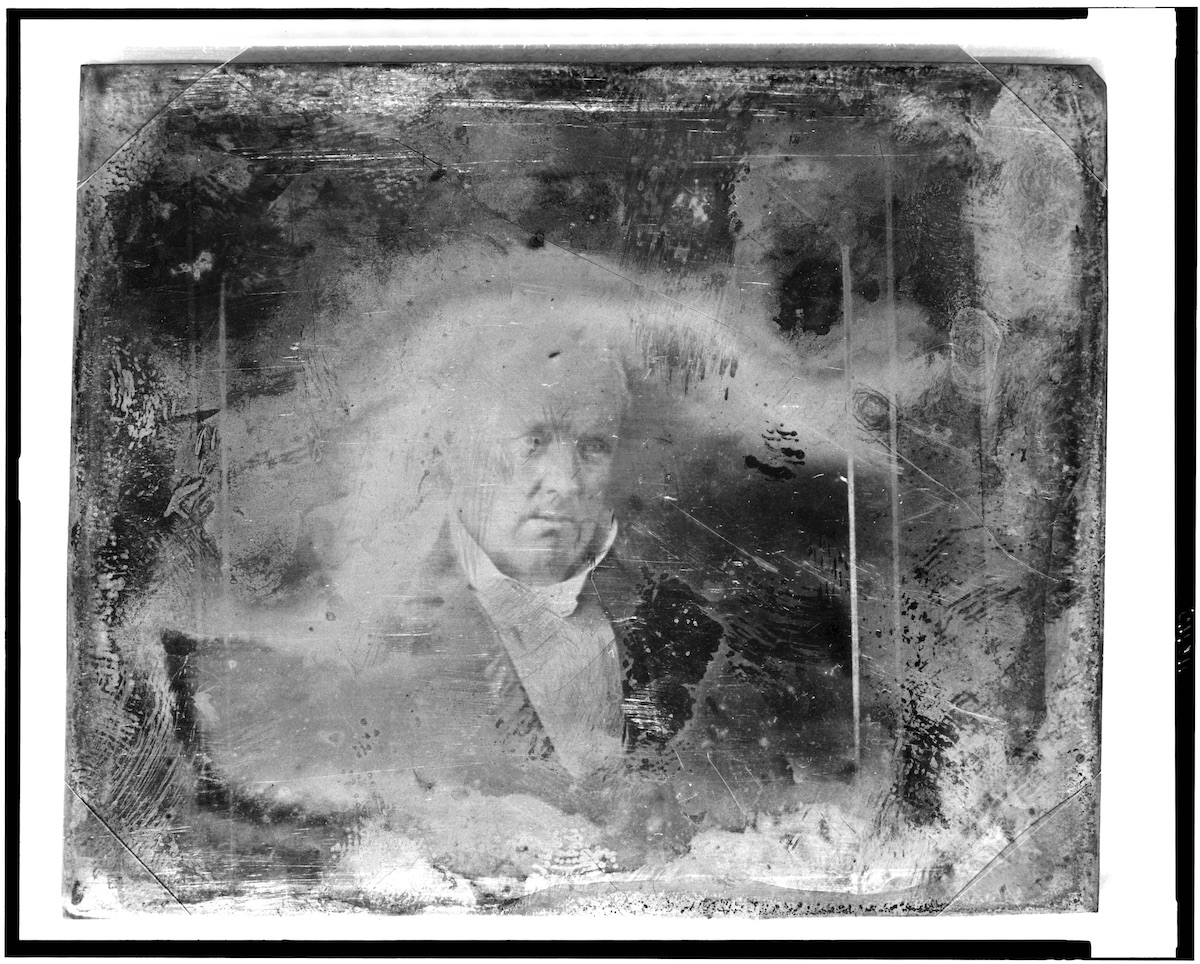 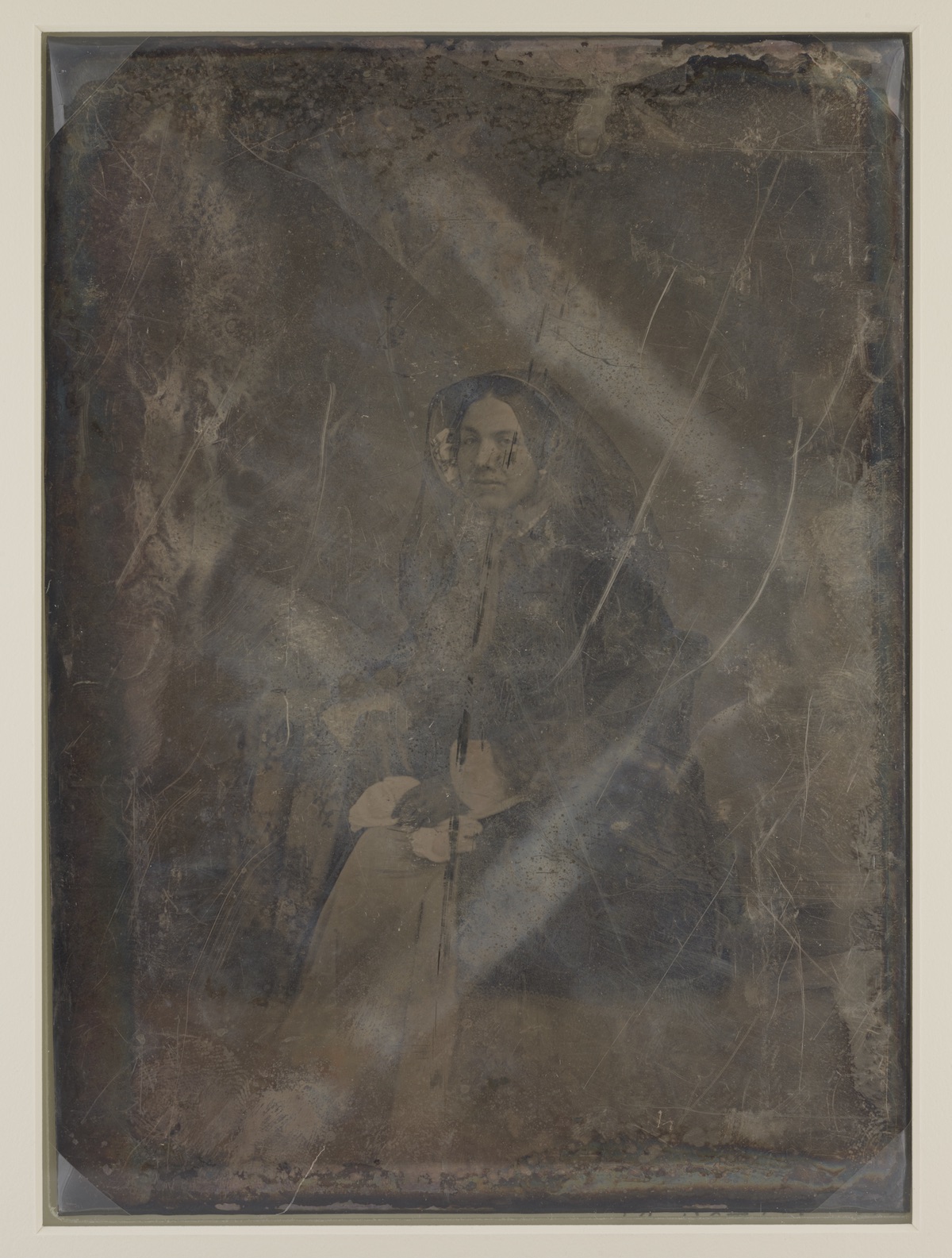 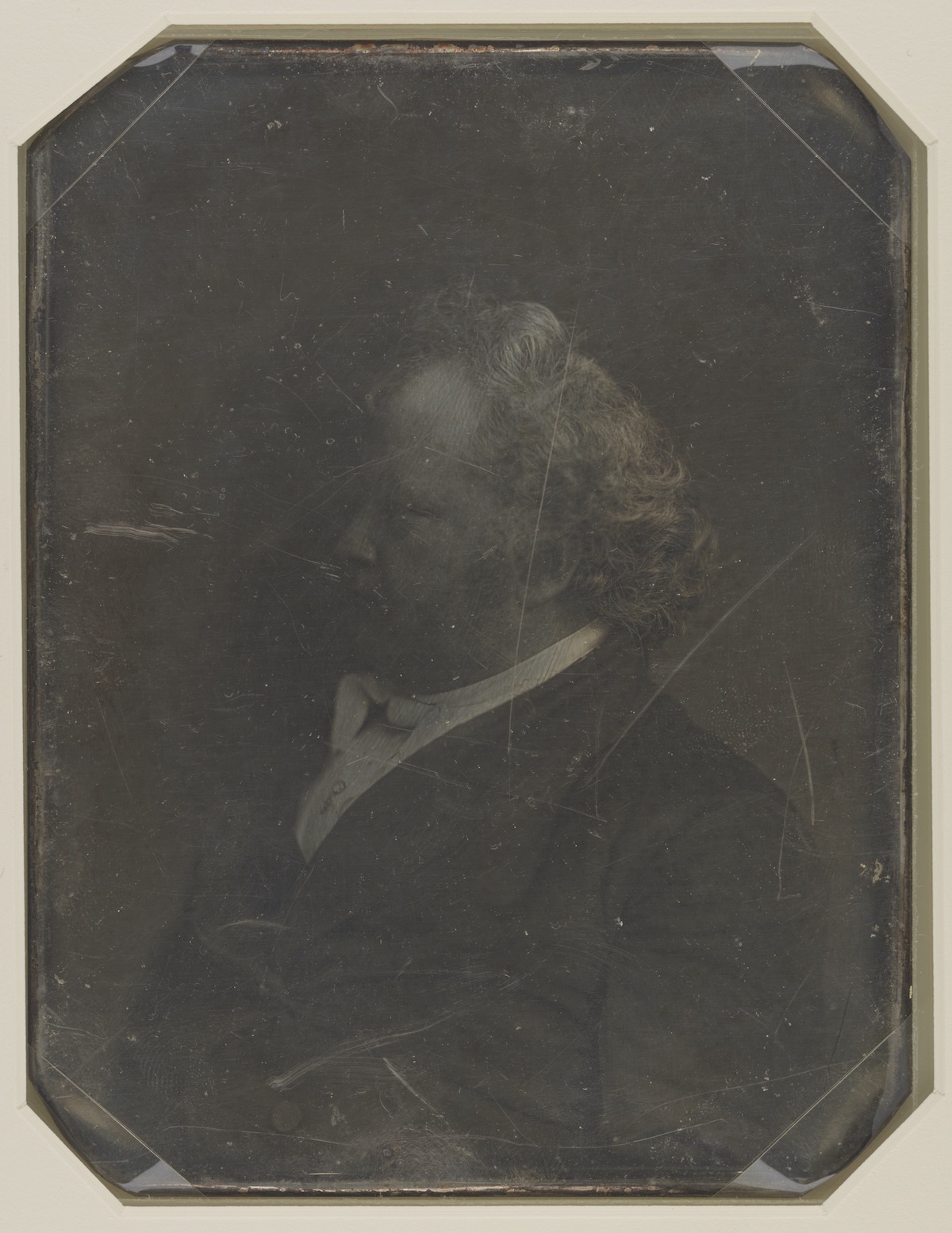 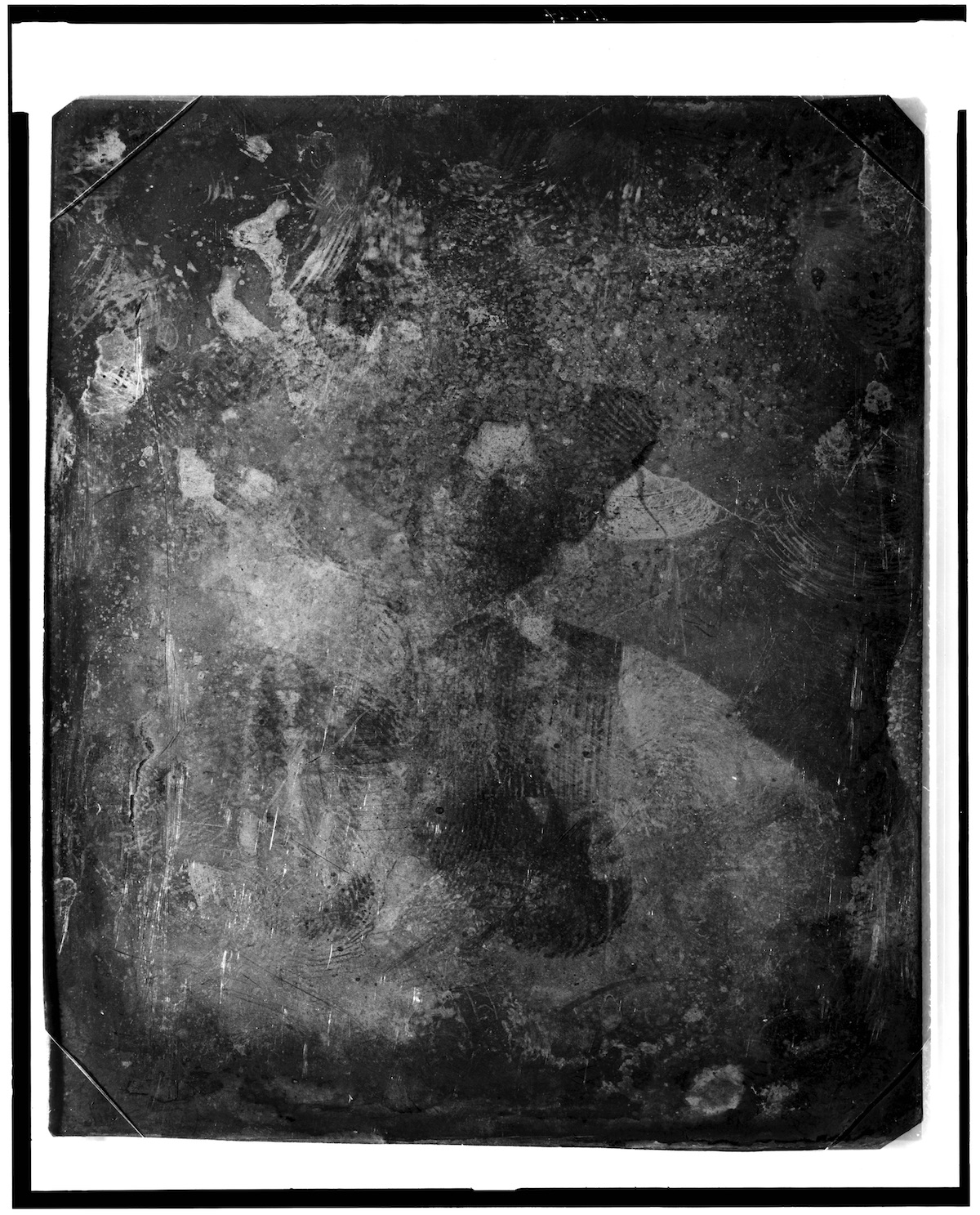 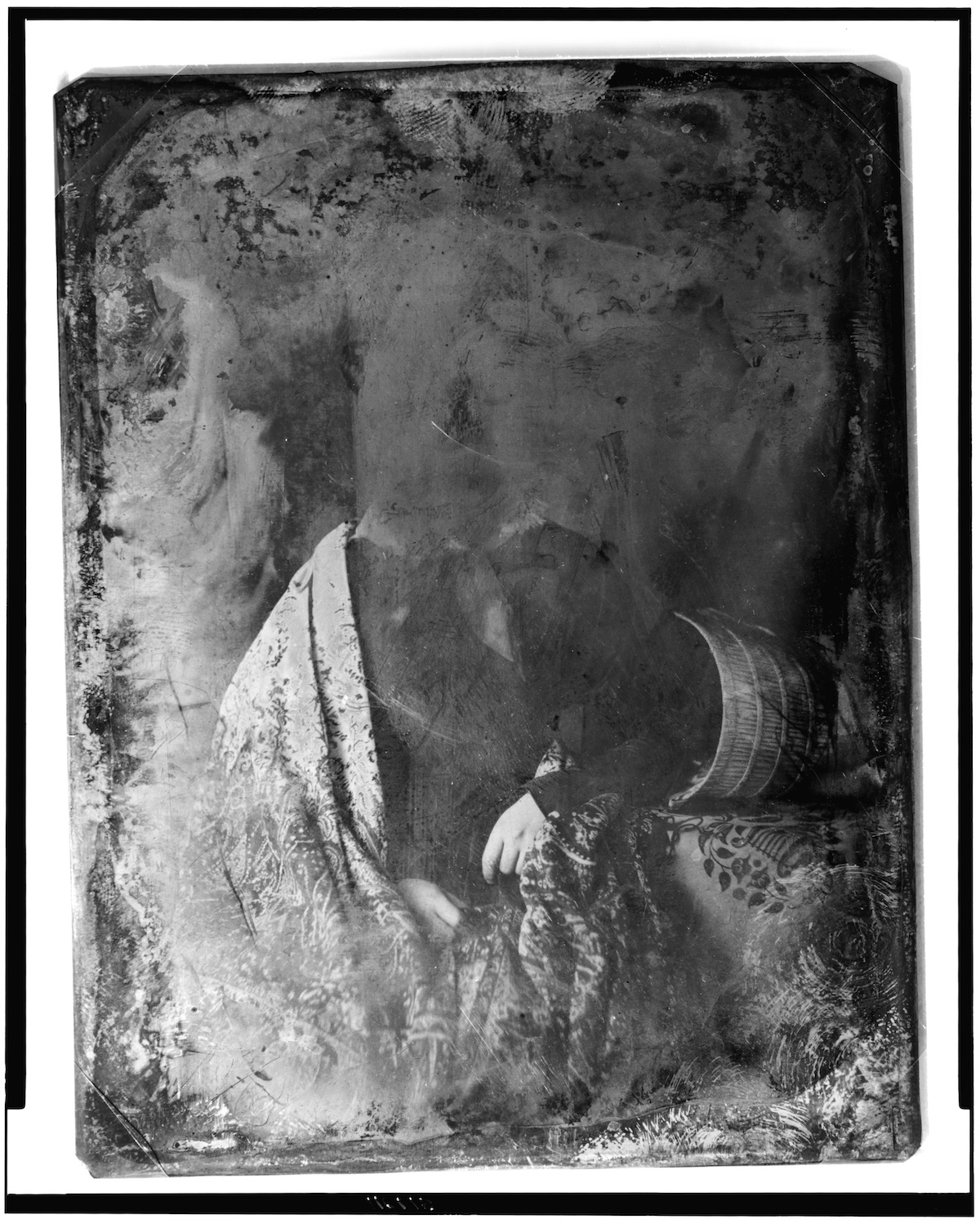 Portrait of an unidentified woman in a theatrical costume (1844-60). 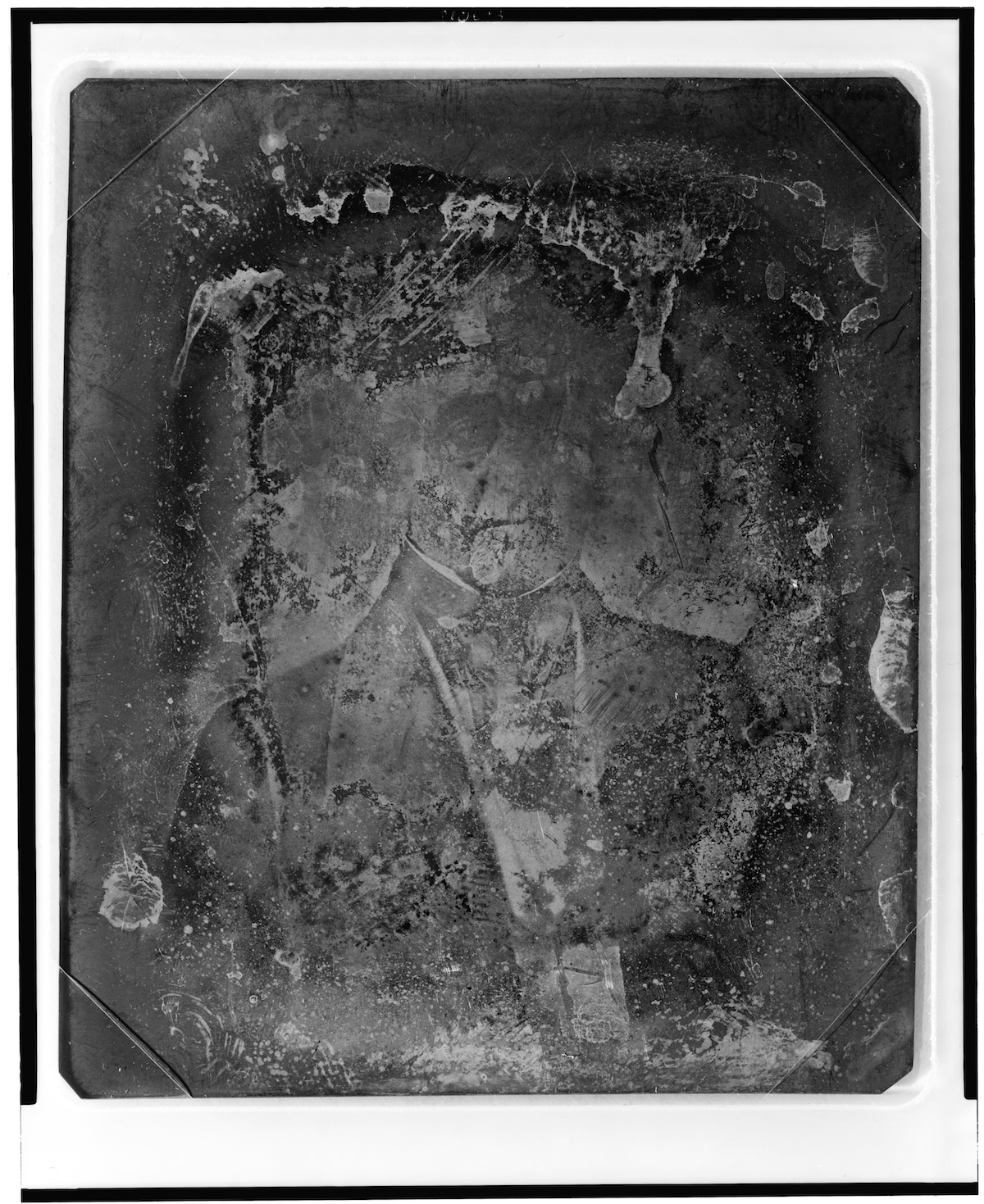 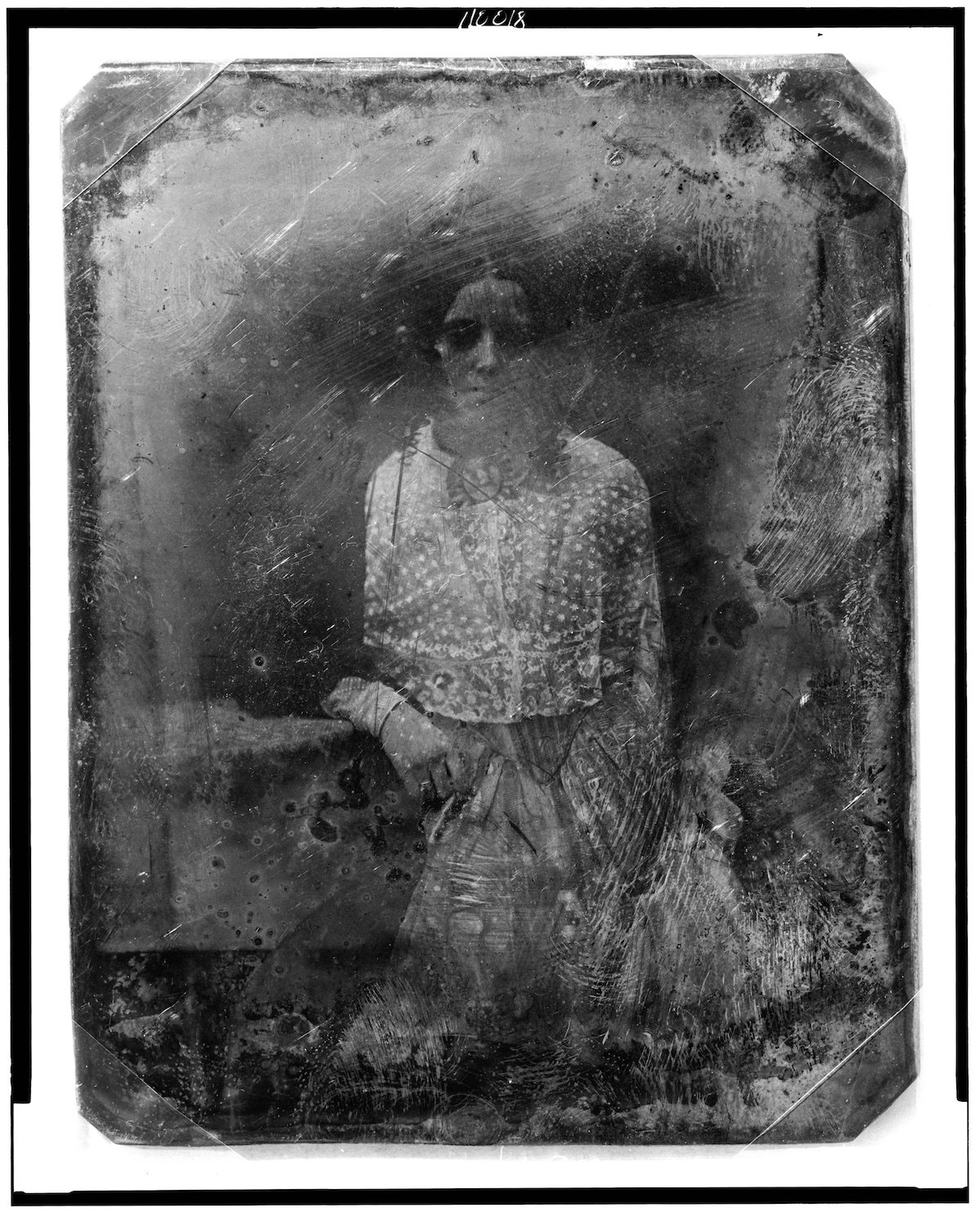 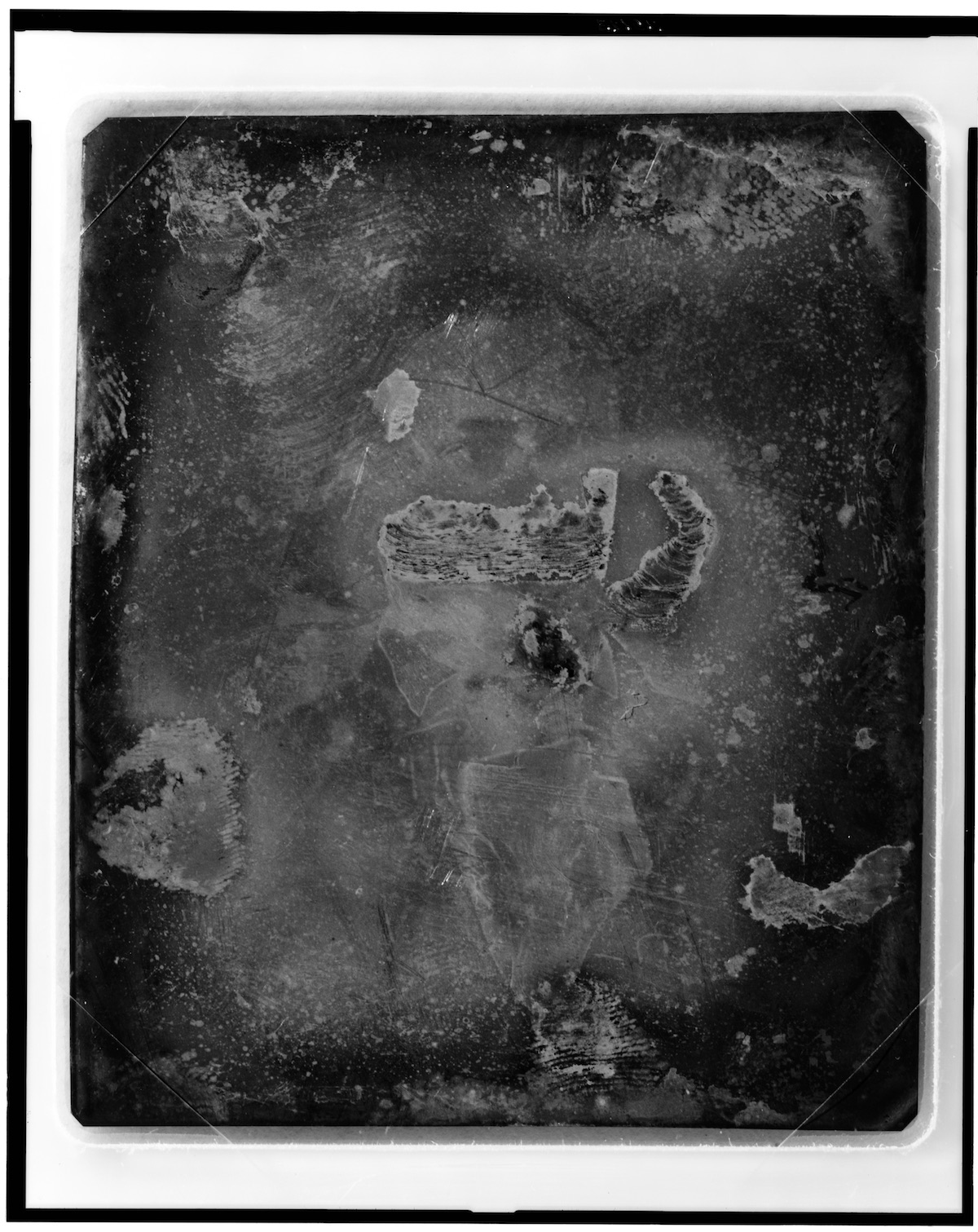 Portrait of an unidentified man, thought possibly to be Sergeant Smith Prentiss, a lawyer and Whig representative from Mississippi (1844-60). 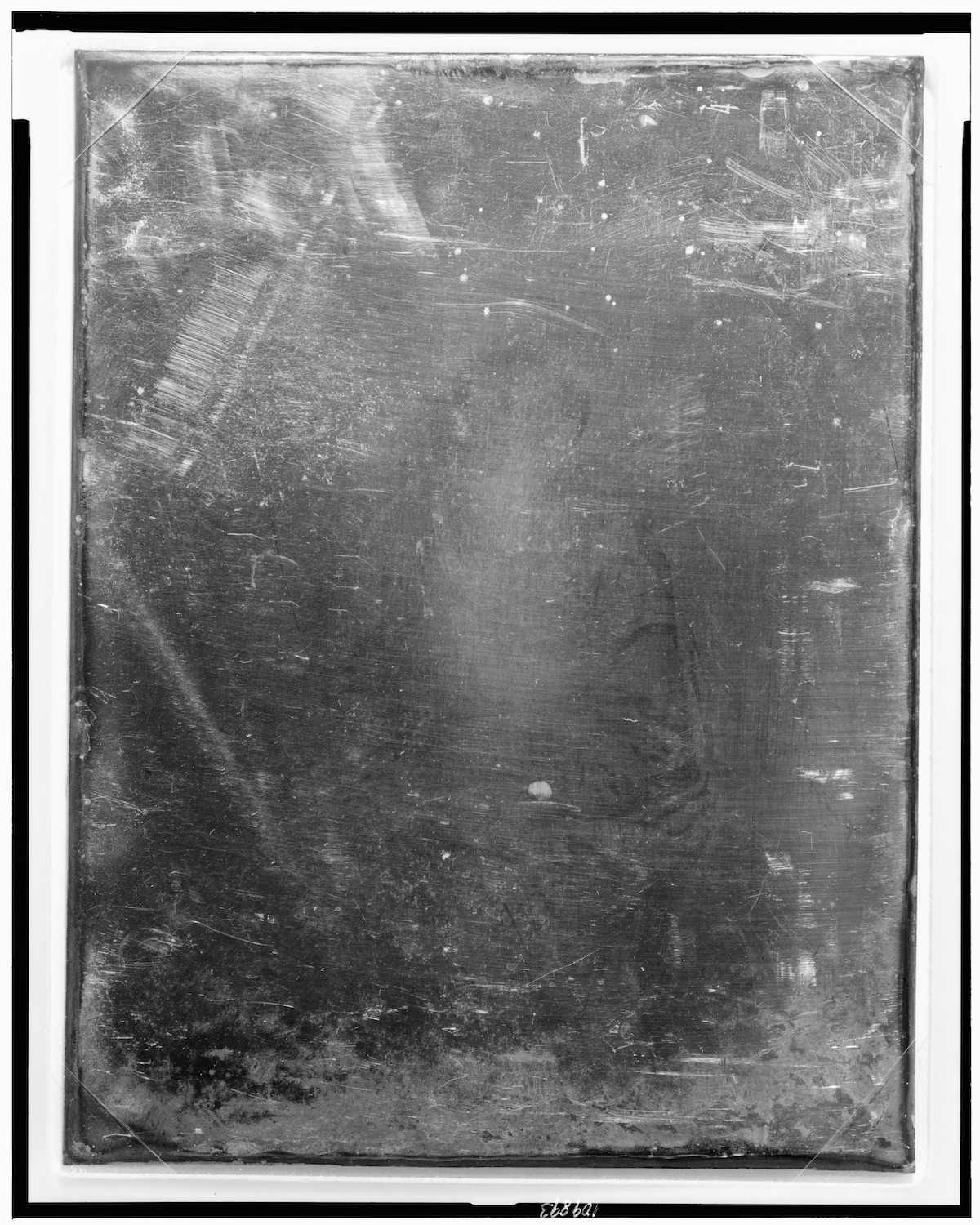 Via the Library of Congress.