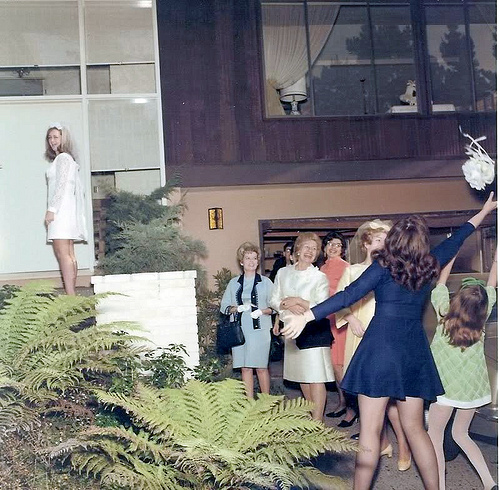 As a fan of old photographs, especially the amateur variety, it was interesting to find that there’s a whole movement out there that appreciates the same thing. There’s a good deal of the so-called “vernacular photography” popping up in art shows and galleries across the world. You could almost say the “found photos” aesthetic has become an accepted artistic genre.

I personally prefer the candid variety as opposed to the whole family lined up awkwardly for a Polaroid shot. However, you can’t deny the enjoyment of some of these old wedding photographs – especially those around 1968-1972. That’s when the wedding attire became very untraditional and there were mini skirts galore. You have the added bonus of massive heads of hair that nearly touch the church ceiling, plus plenty of color choices that would be out of the question today. 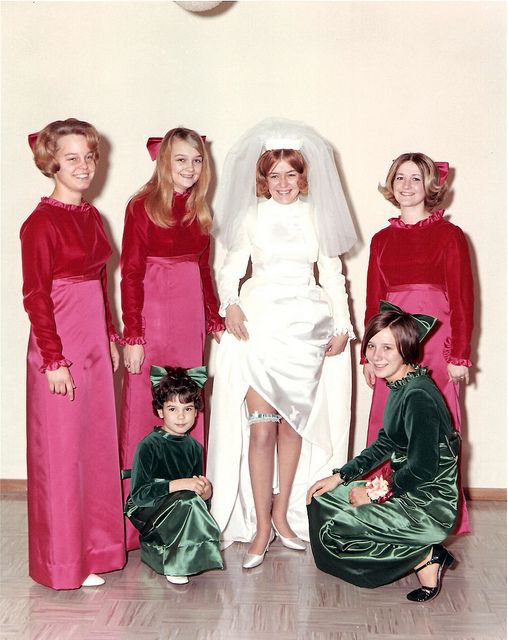 I wish this next photograph were more in-focus. Then, we could get a better look at that dude hangin’ out in the back. He sort of resembles Wooderson from Dazed and Confused crossed with James Franco from Freaks and Geeks…. with the fashion sense of Mr. Furley from Three’s Company. Do you feel me on this one? 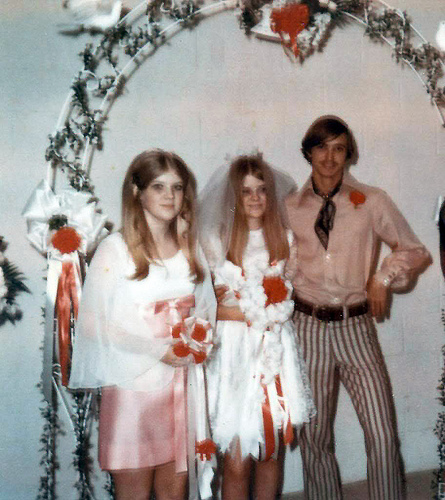 Of course, the best photos are not of the bride and groom, but rather the other folks enjoying a limitless supply of free drinks. 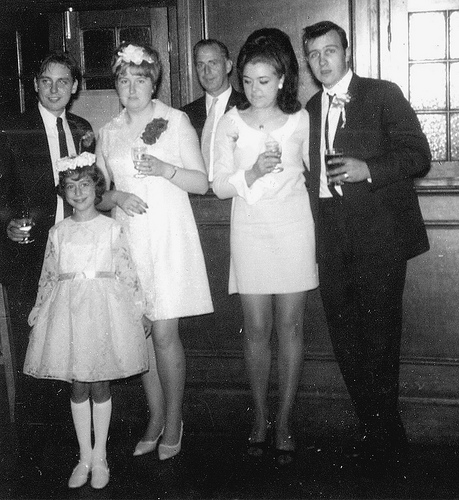 No, this is not a promotional still from Little House on the Prairie. The granny dress style was popular in the seventies. Grandpa in the back is missing the mini skirts. 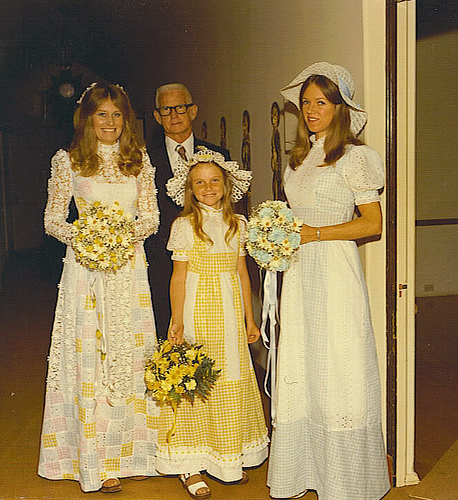 Ah, yes. The living room shot. The groom has provided a nice little place to start their family, complete with a vast sea of golden carpet. 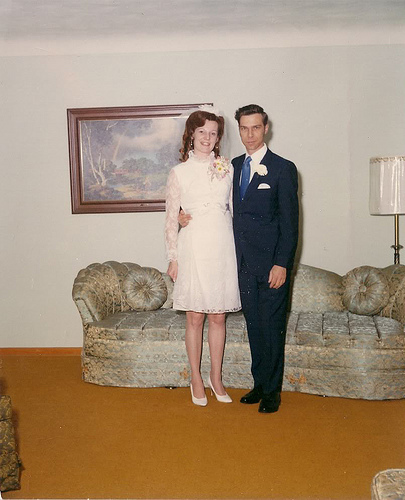 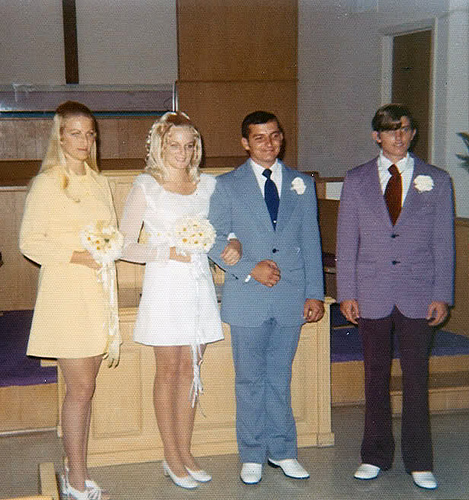 For my first vernacular photography art show I will call this next piece “Veil-O-Rama”. 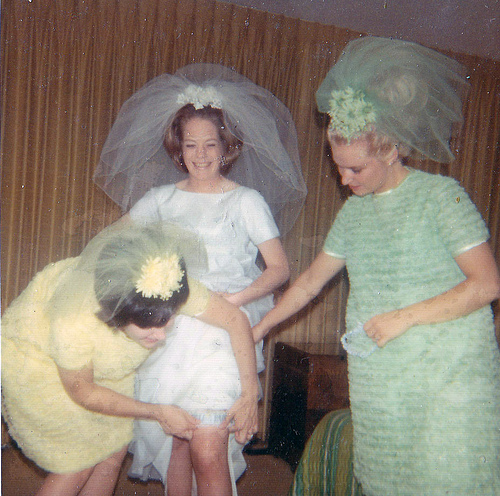 Notice this next photograph was found nowhere near the previous two photos – totally unrelated weddings. Yet, dig the girls’ styles and colors. Nearly identical with high hemlines and that omnipresent Harvest Yellow. 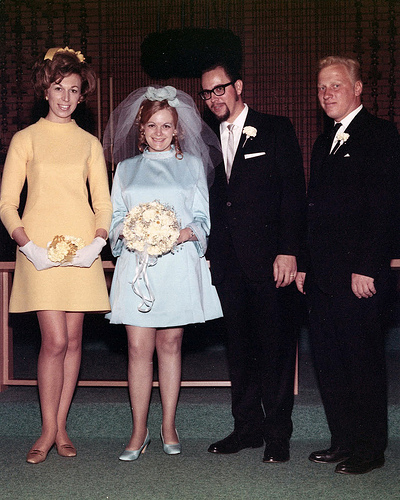 I don’t know who any of these people are, but if one of them happens to be you, I’ll promptly remove it at your request. I hope you enjoyed these photographs, but don’t thank me – thank the wedding photographers. 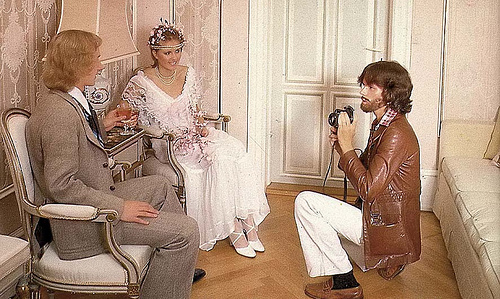