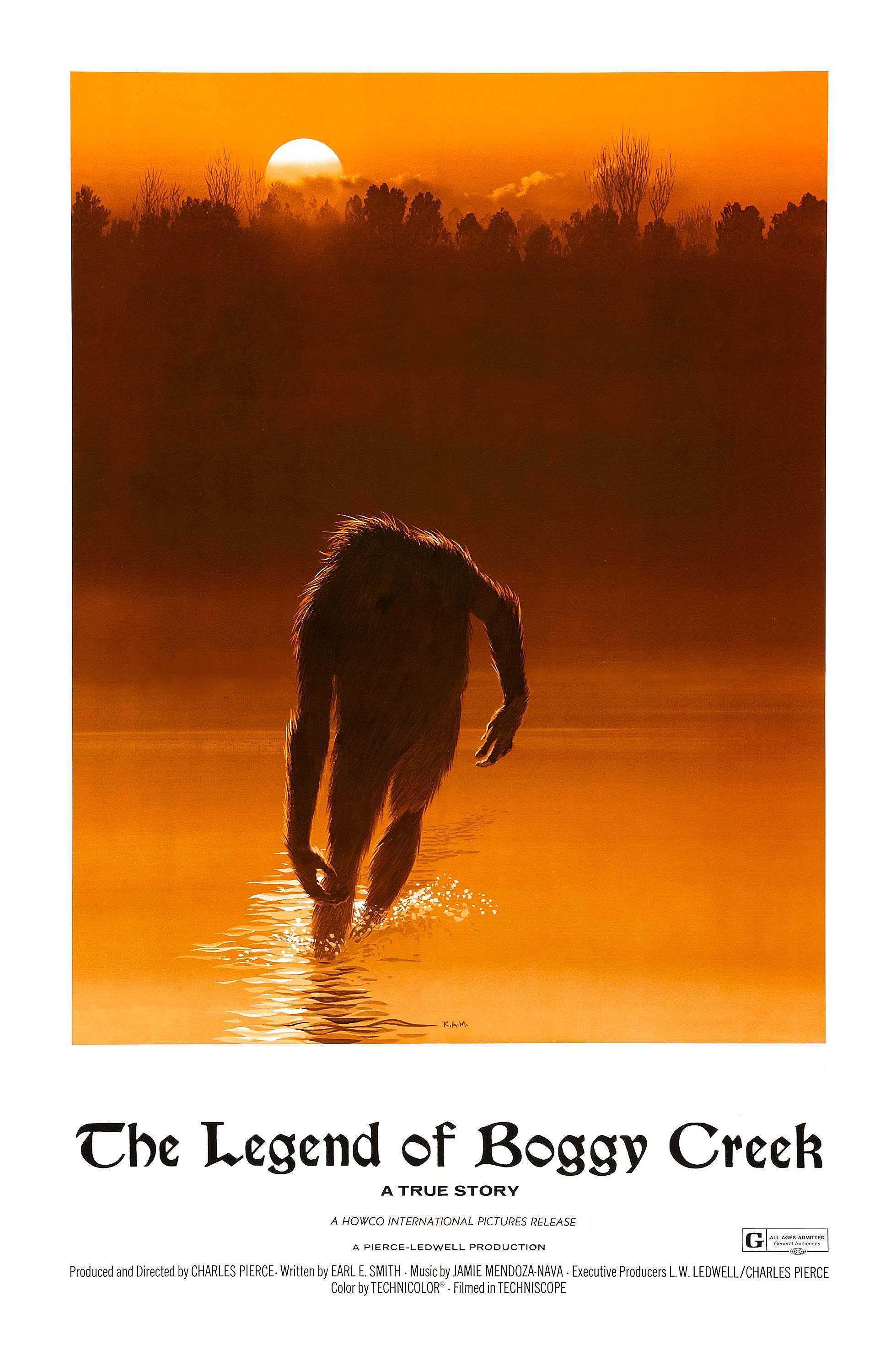 In 2014, the cryptid Bigfoot or “Sasquatch” has made something of a silver screen comeback, appearing in two high-profile horror films of the found footage variety: Bobcat Goldthwait’s Willow Creek and Eduardo Sanchez’s Exists.

But even this surprising renaissance in Bigfoot-themed entertainment cannot compare with the heyday of the creature’s popularity in the 1970s.

During the disco decade, America went through a veritable Big Foot craze in which the popular (but apparently reclusive…) ape monster was seen everywhere, from toys and games to Saturday morning television, from movies to prime-time hits.

In fact, some movie fans have suggested that Chewbacca’s hairy appearance in Star Wars is an ode, in fact, to the popularity of Bigfoot at the time.

Accordingly, below are presented five highlights of the 1970s Bigfoot Craze:

Charles Pierce quasi-documentary story of Arkansas’s “Fouke Monster” was a movie sensation of 1972, and the eleventh highest grossing film of the year (right behind Fritz the Cat, The Getaway and Cabaret…). Made on a budget of approximately $150,000, the film grossed more than 20 million dollars.  The low-budget film also featured strange, unforgettable folk songs about the monster, and Arkansas locals such as Travis Crabtree.  The film’s most famous scare involves the Bigfoot-like monster attacking an unsuspecting man in a cabin’s bathroom…

Andre the Giant (and later Ted Cassidy) played the Sasquatch on this popular series, soon-to-be remade starring Mark Wahlberg. In The Six-Million Dollar Man (1974 – 1978), however, Big Foot was a bionic robot from another planet, and not a native of the American Pacific northwest. He took orders from an alien played by Stefanie Powers, and was as strong and resourceful a combatant as Col. Steve Austin (Lee Majors).

This Leonard Nimoy-hosted series devoted a half-hour segment to Bigfoot on April 28, 1977, and included a dramatization of the famous 1924 story involving miners confronting Bigfoot at their cabin near Mt. St. Helens.

This board game from Mego allowed players to “join the hunt” and track down Bigfoot “in the dangerous jungle.” Disappointingly, however, even you found “his hiding place,” he might not be there.  Aw shucks!

Originally part of The Krofft Supershow in 1976, Bigfoot and Wildboy became a standalone Saturday morning TV series in 1979 and ran for twelve thirty-minute episodes. Ray Young starred as Bigfoot, who, “eight years earlier” had found a young child in the woods, and raised him to adulthood.  Joseph Butcher played the teenage version of Wildboy and together the duo grappled with UFOs, yeti, vampires, and other staples of 1970s cult-television.  The Bigfoot seen here wasn’t technically bionic, but he could jump nearly as high as The Six Million Dollar Man’s more popular Sasquatch.