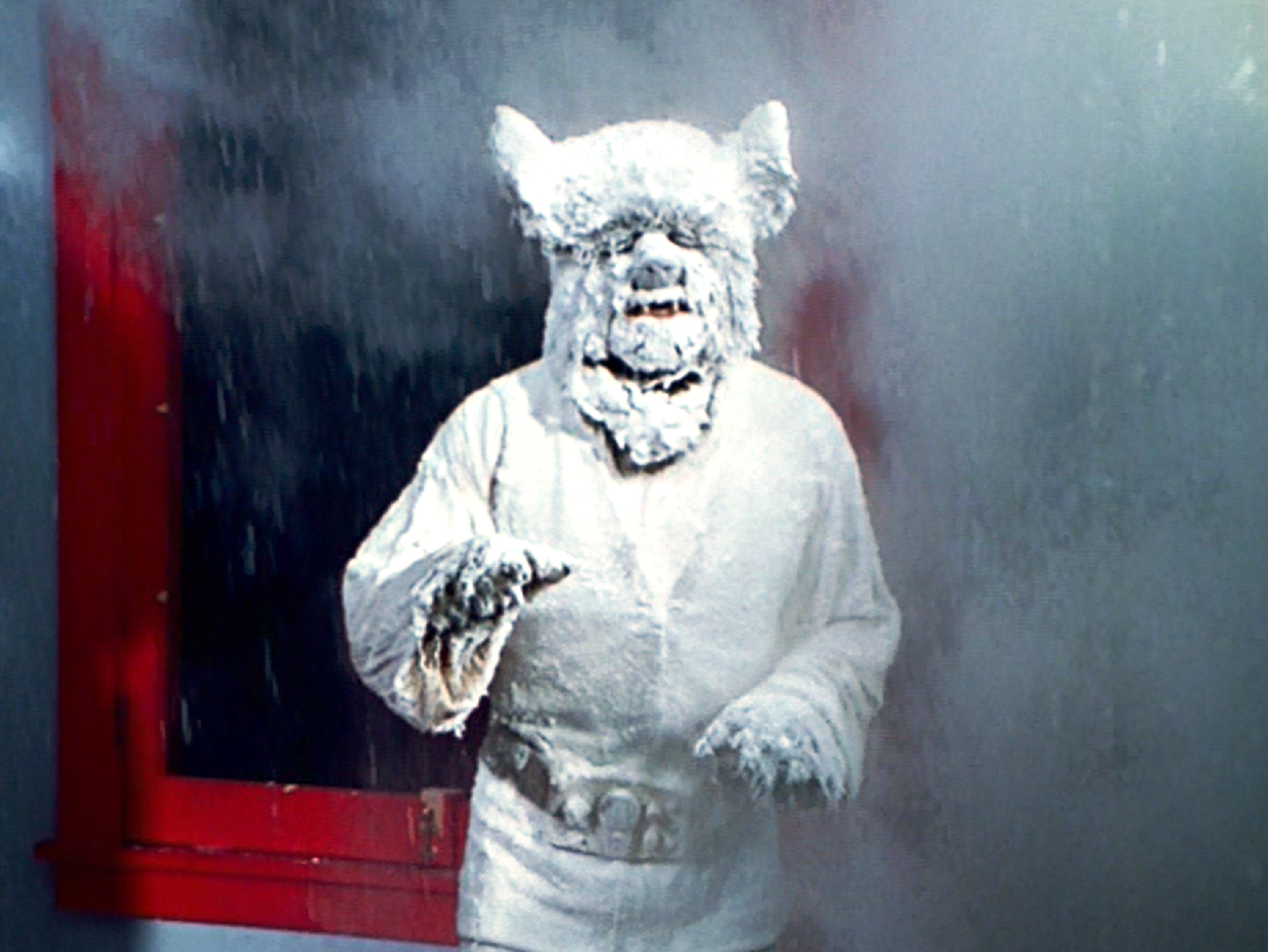 At last, a definitive answer to the question: is climate change caused by man?

If you follow cult-TV history, you know the answer is affirmative.  Mad scientists, super-villains, aliens and other creatures have been altering the weather — intentionally — since the 1960s.

In cult-TV history, that dream has frequently been a reality.  Across the decades, many programs — from horror, to sci-fi, to fantasy — have focused on individuals who endeavor to control the weather through experimental instrumentation or machinery.

Here are some of the most memorable examples: 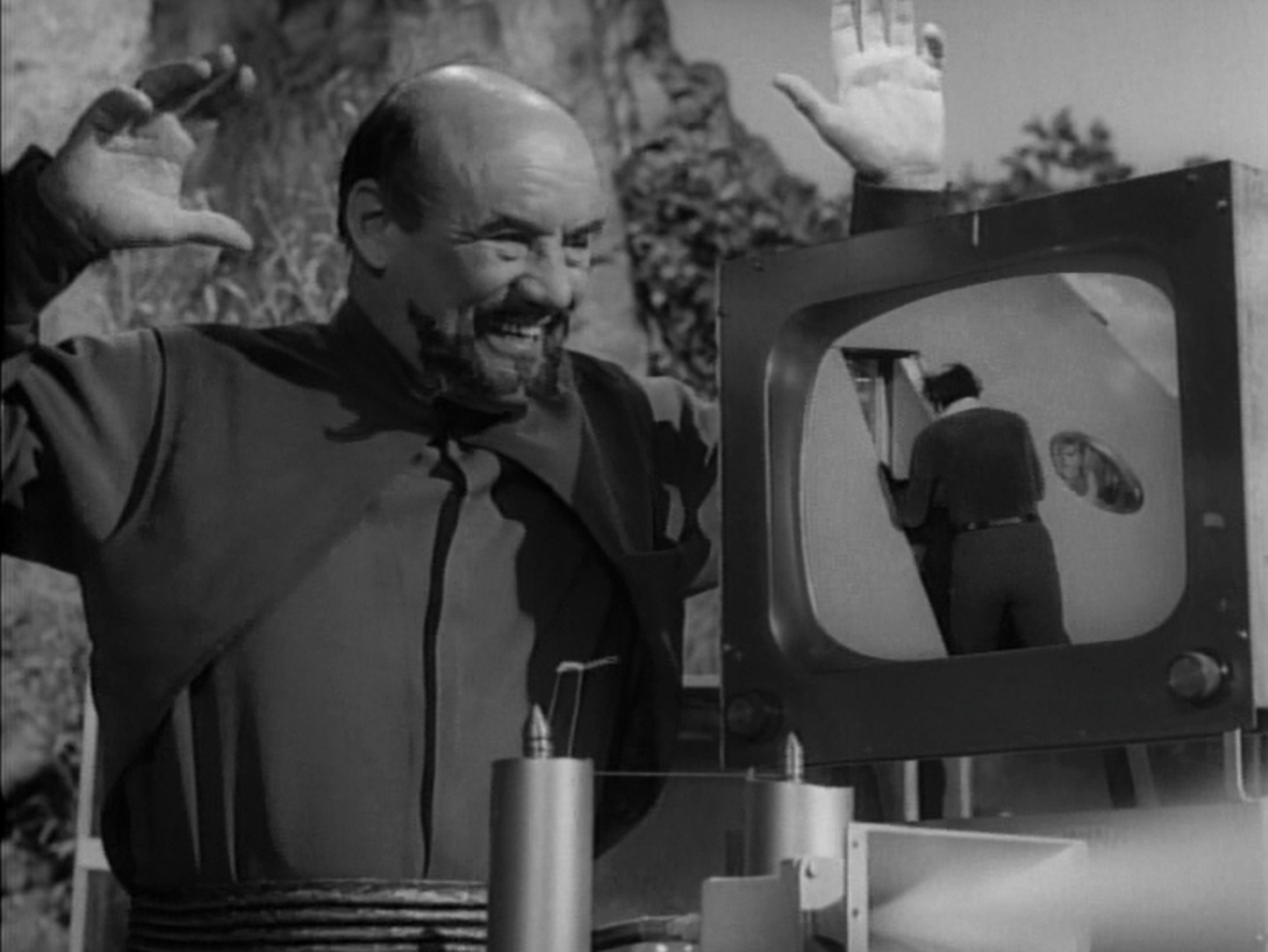 After a storm hits, the Robinsons’ garden and all their food is destroyed, leaving the family to survive on protein pill rations.  Doctor Smith attempts to trade the Robot for food, but the Space Trader is angling for better quarry: a human being. 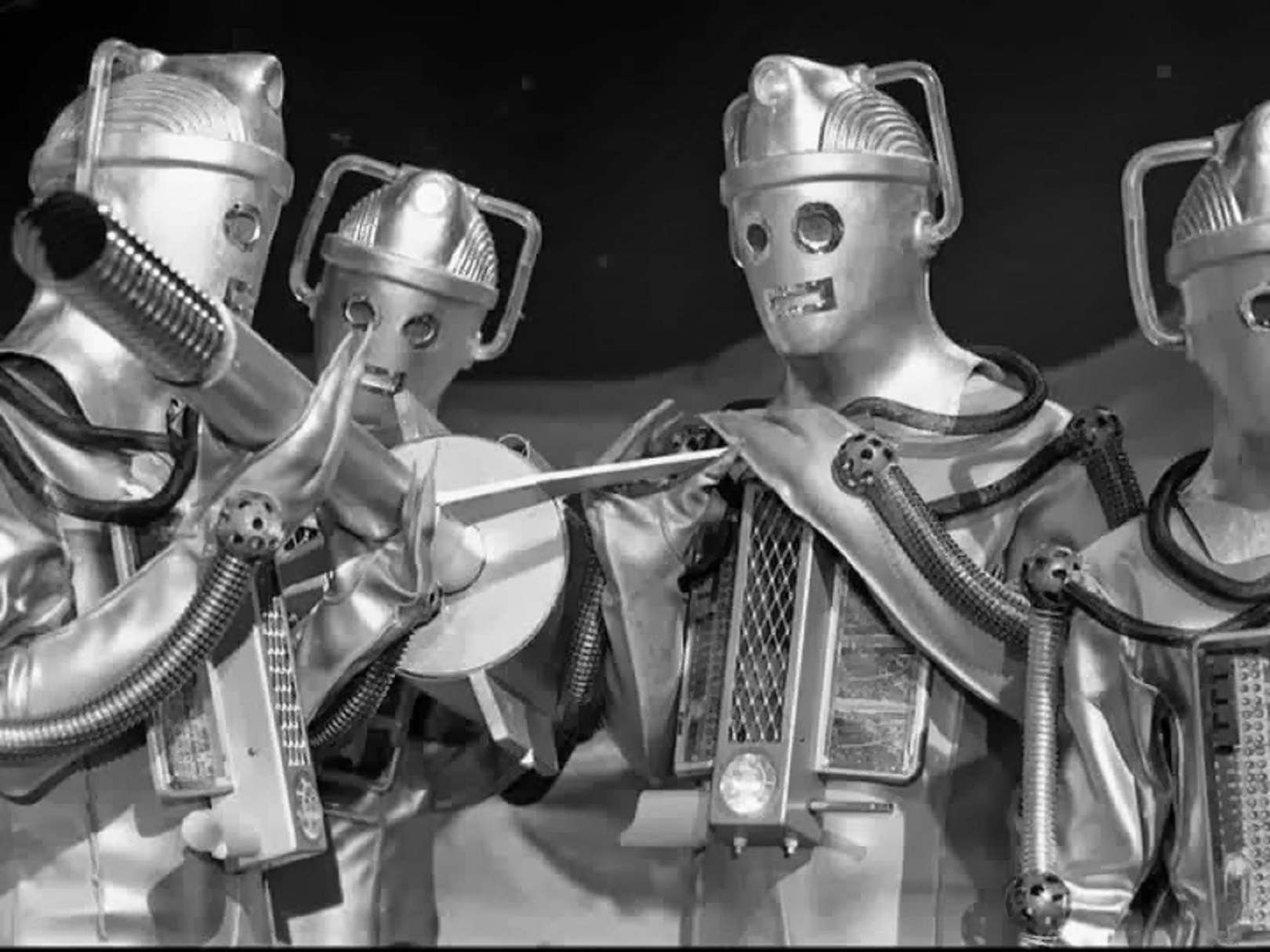 This black-and-white serial involving the Second Incarnation of the Doctor (Patrick Troughton), sees the renegade Time Lord landing on the moon. There, Cybermen have arrived to take control of a device called a Gravitron, which controls Earth’s weather.  Control the weather; control the world! 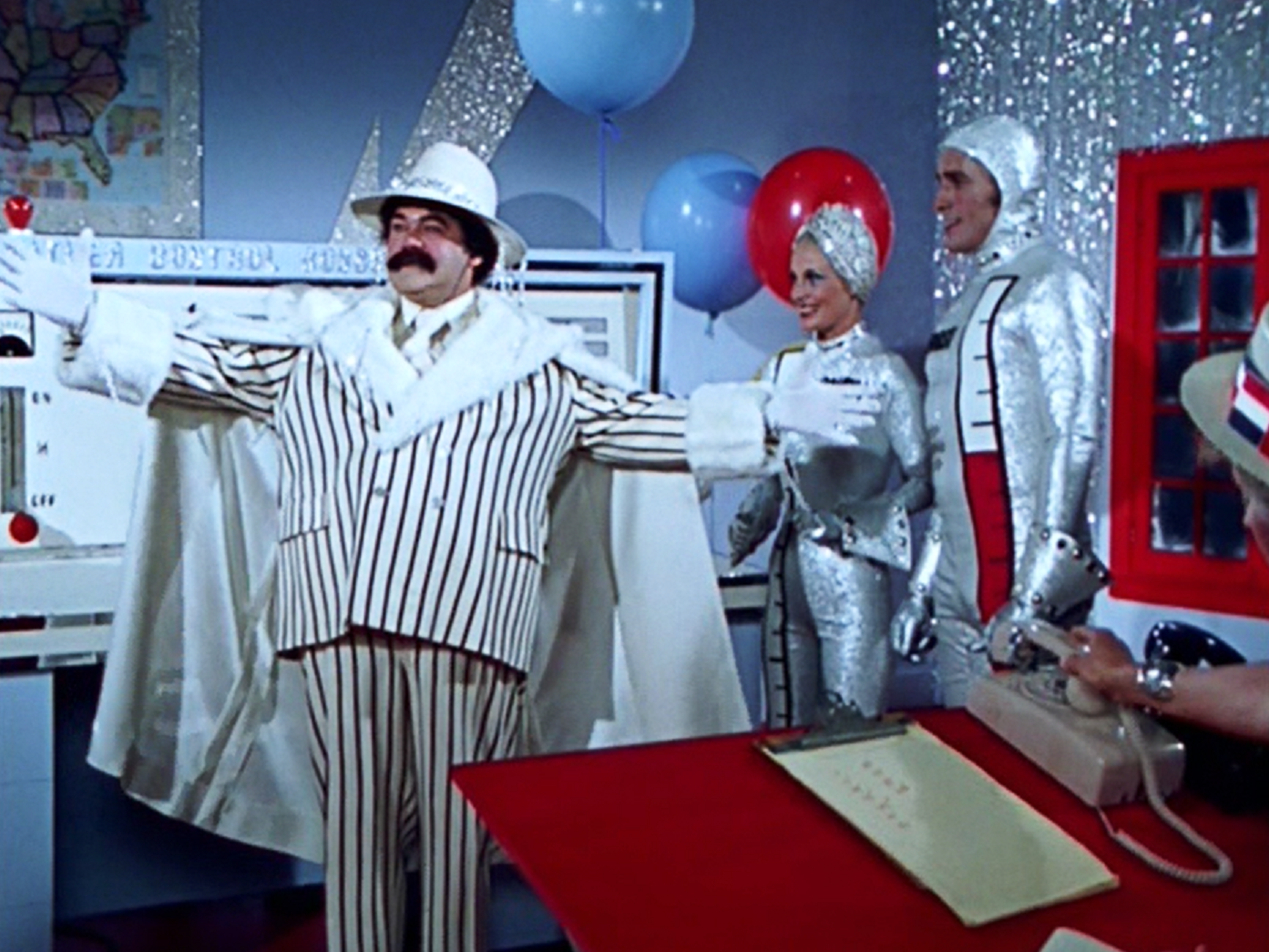 In this Saturday morning TV series, The Frankenstein Monster, Dracula and The Wolf Man are all wax-figures come back to life, solving crimes from their HQ in a Wax Museum…and fighting Batman-style flamboyant villains.  In the episode “The Weatherman,” their friend, Walt (Fred Grundy) grows concerned when a freak snow storm hits the city in July.

As they soon fine out, a villain called “The Weatherman” (Avery Schreiber) now has possession of a weather control device called a “thunder buss” that can “freeze living tissue.”

The Weatherman wants to be unanimously elected President of the United States, or else he will force the country to endure severe weather for months.  He plans to bury Wisconsin in ice first. 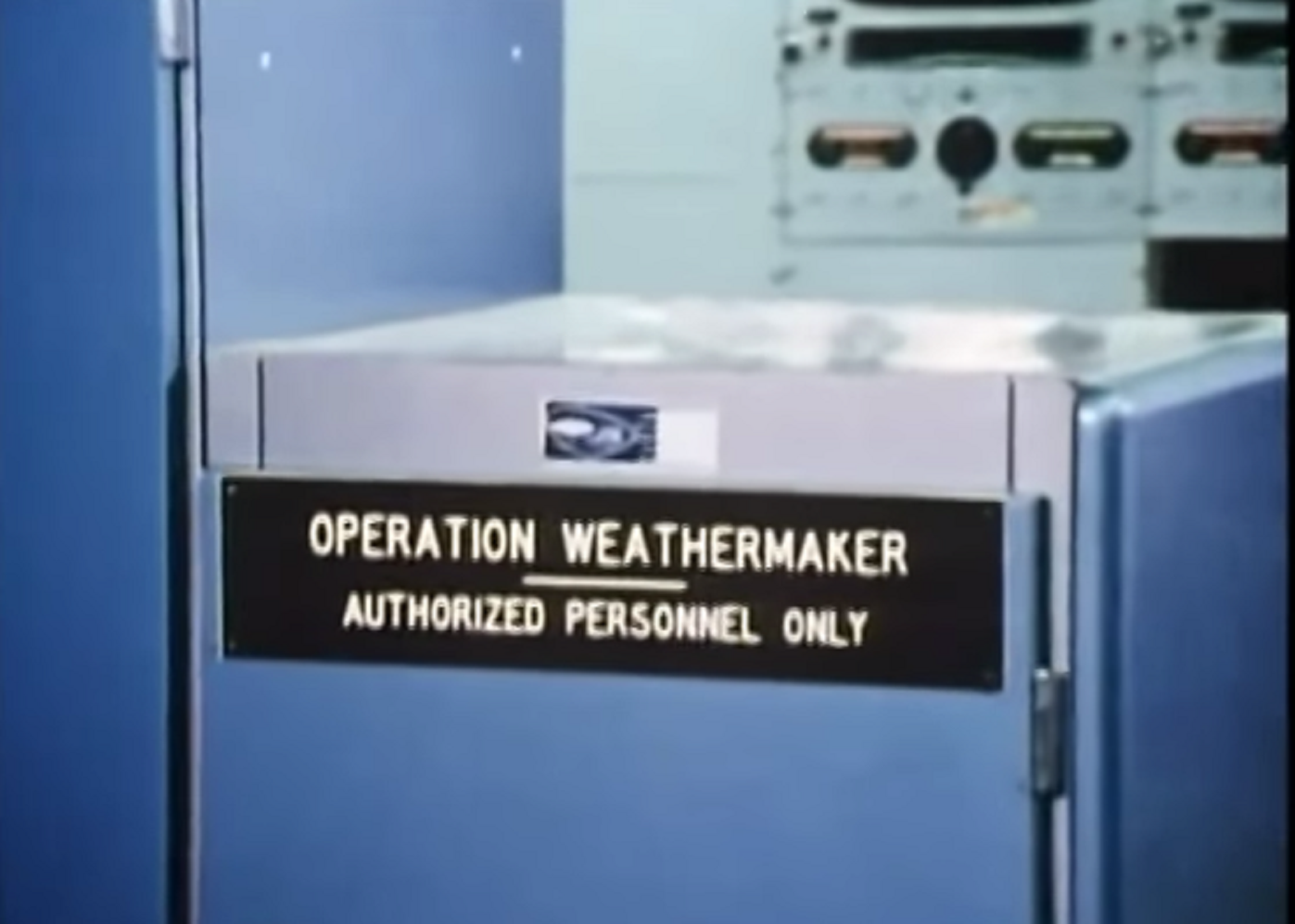 In this, another Saturday morning series from the year of the American bicentennial, superhero Isis (Joanna Cameron) teams up with Shazam’s Captain Marvel (John Davey) to catch a trio of criminals that has stolen high-school teacher’s Rick Mason’s top secret new “Operation Weathermaker” weather control device. 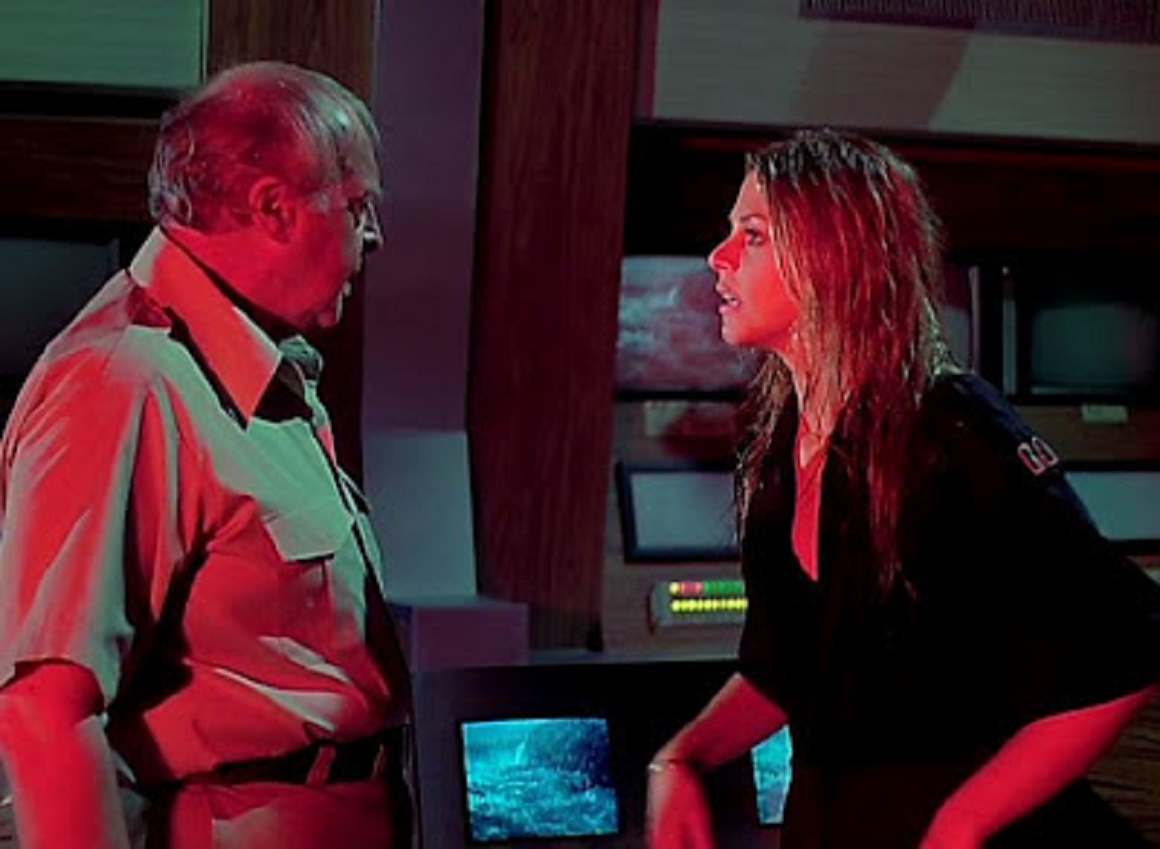 In this epic three-part episode — which crossed-over with The Six Million Dollar Man (1973 – 1978) — Jaime Sommers (Lindsay Wagner) grappled with the evil Dr. Franklin (John Houseman).  Franklin was not only the creator of the popular Fembot androids, first seen in this trio of episodes, is also the creator of his own weather control device, which he operates from a tropical island.  In the third and final part of the story, Jaime (Lindsay Wagner) and Colonel Austin (Lee Majors) infiltrate the island to stop the deployment of the weather device. 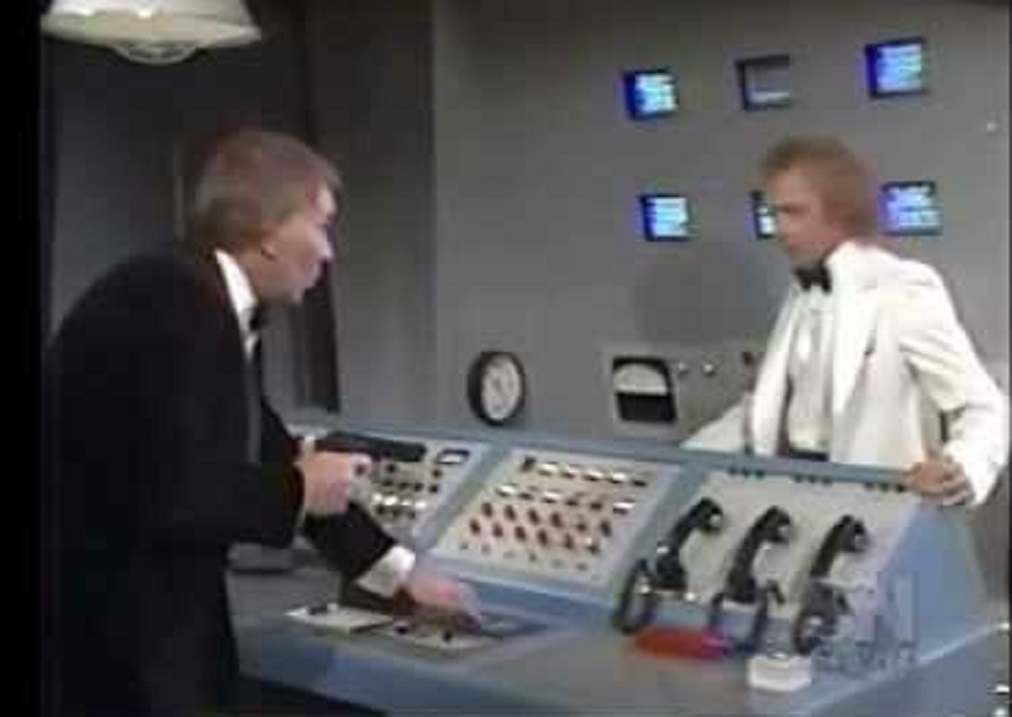 At the height of the Luke (Anthony Geary) and Laura (Genie Francis) craze on this American afternoon soap-opera, a major plot-line involved a weather control device.

Specifically, a villainous Greek billionaire — Mikkos Cassadine (John Colicos) — hatches a plan to bury Port Charles in ice using the weapon.  Luke kills Cassadine and ends the threat before Port Charles can be destroyed in a storm.

In the Star Trek universe, the planet Risa (seen on DS9) is known to control its planetary weather via a device too.  And on The X-Files (1993 – 2002), a sixth season story called “Rain King” featurea a man, not a device, whose emotional states can alter the weather.