ERICH Priebke lived to be 100. In 1998 the former SS office was given a life term for his part in the 1944 slaughter of 335 Italians at Rome’s Ardeatine Caves. But Erich was old when the law finally caught up with him. So. He got to see out his days under house arrest in the Rome. Even then he was allowed out to shop and stroll in the city’s parks. A magistrate let Priebke holiday in a friend’s house near Lake Maggiore.

Before that he’d been working as German language school teacher in Argentina. In 1994, an American journalist caught up with him. Priebke was extradited.

Priebke said he was only obeying orders.

Now the killer is dead. And he’s a problem. The Vatican has placed a ban on holding the funeral in any Catholic church in Rome. Argentina doesn’t want his remains. But the Society of St Pius X, a breakaway group of traditionalist Catholics, offered to bury him. The Society of St. Pius X’s members have included the Holocaust denier Richard Williamson. 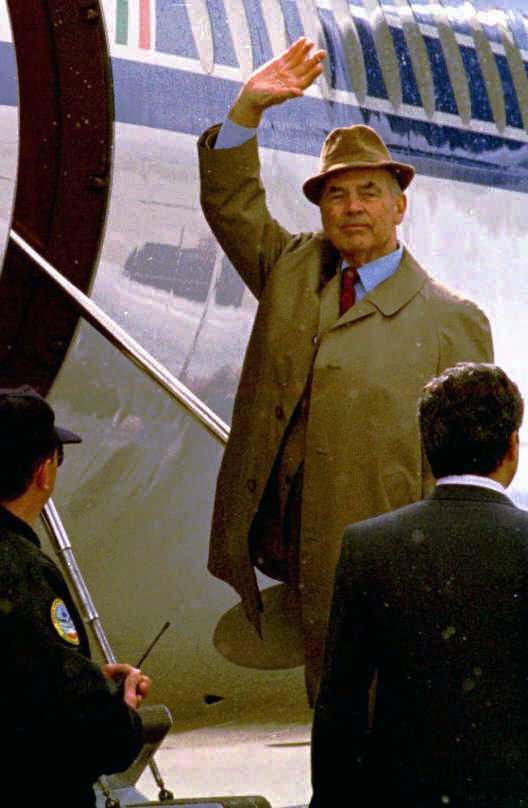 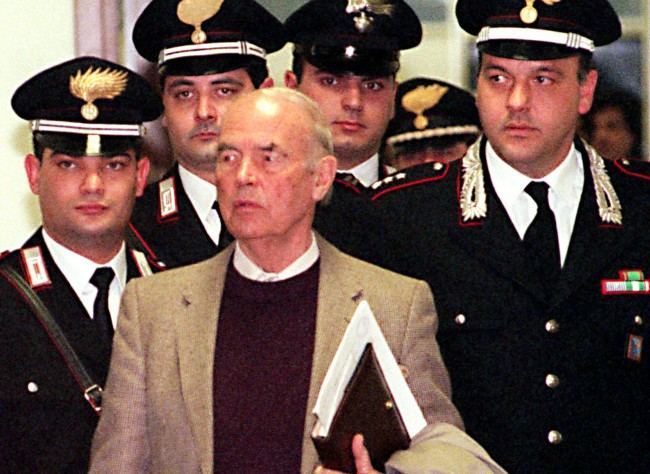 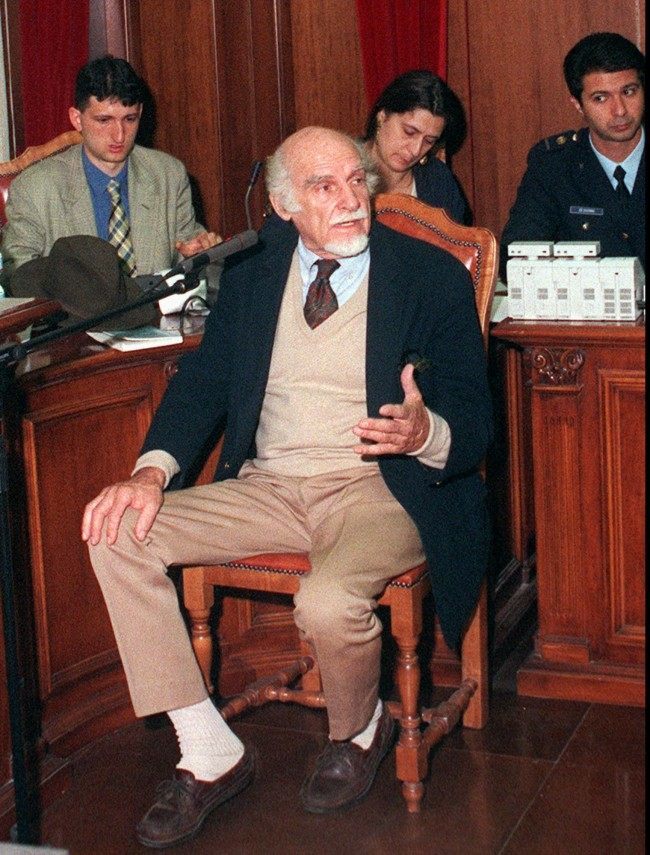 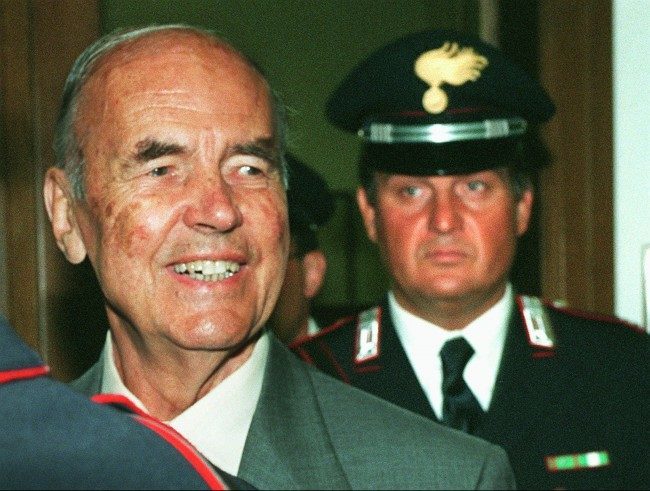 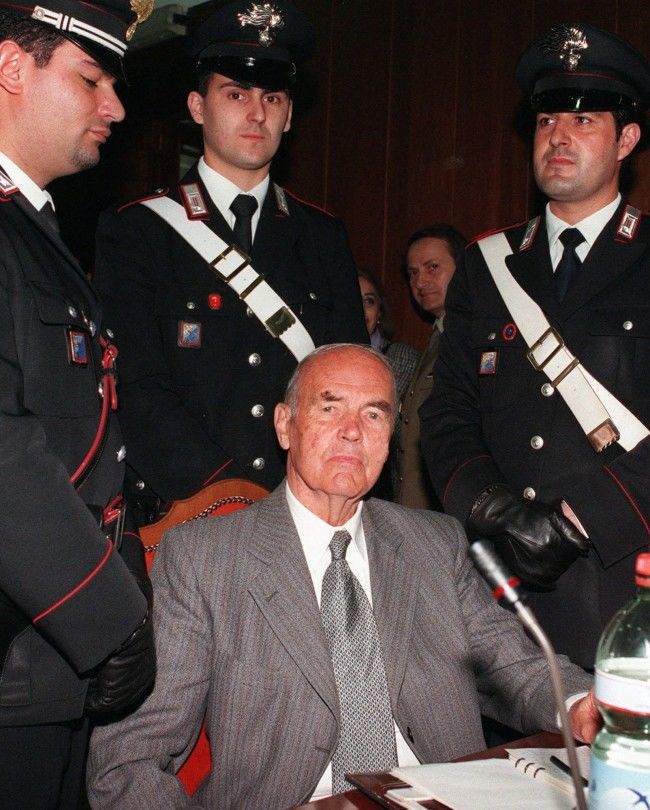 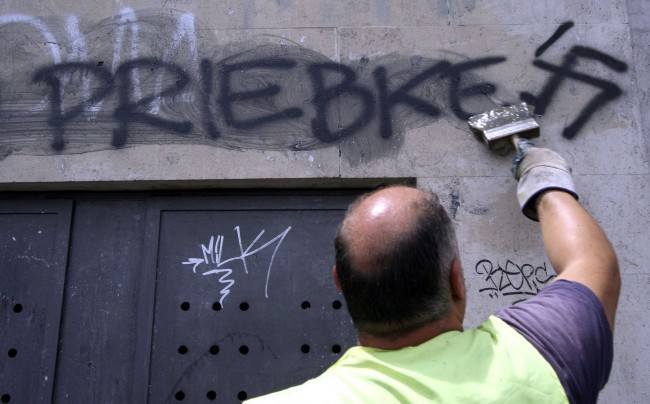 A workman covers part of the sentence “Welkome back captain Priebke”, painted on a wall in central Rome, Friday, June 15, 2007. 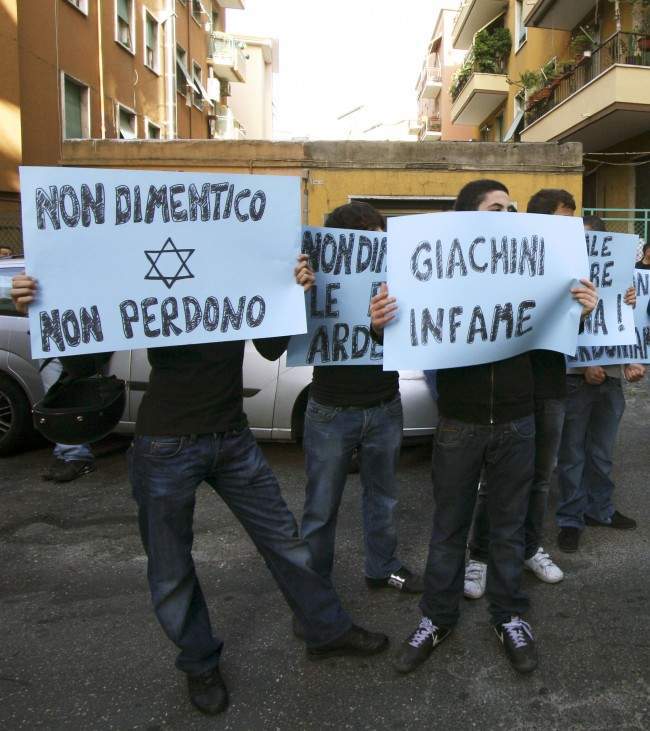 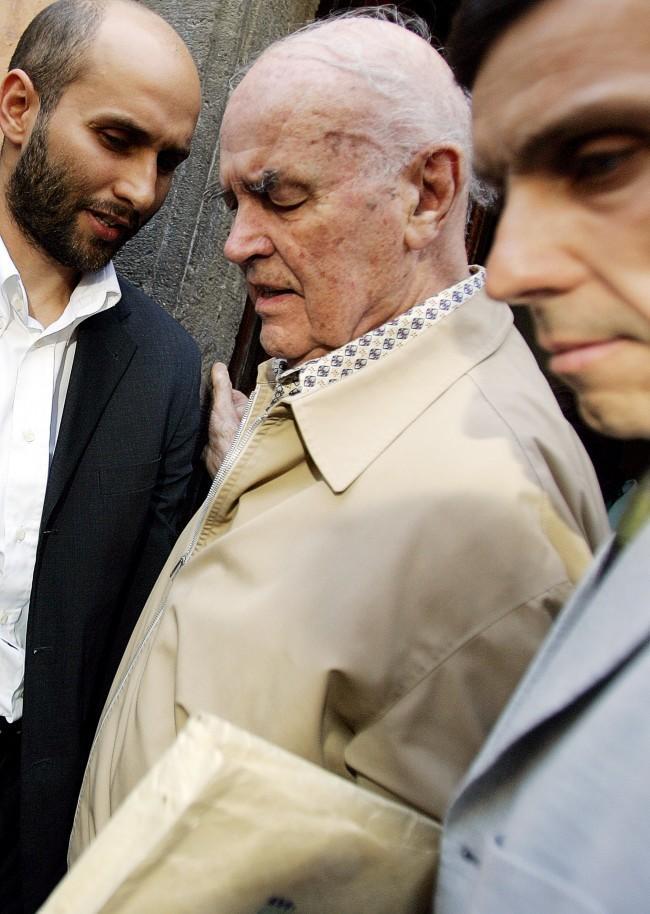 In this Monday, June 18, 2007, file photo, Former Nazi officer, 93-year-old Erich Priebke, center, leaves the office of his lawyer Paolo Giachini where he started to work in Rome. 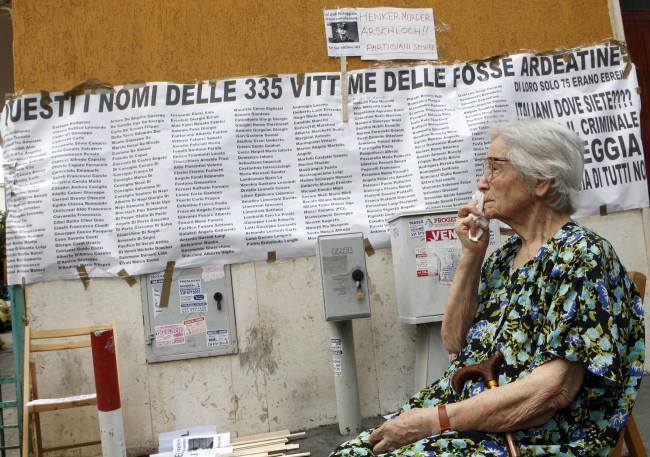 A woman sits next to a list with the names of the victims of the Fosse Ardeatine’s massacre, in front of the flat where Nazi war criminal Erich Priebke lives under house arrest, in the day of his 100th birthday, in Rome, Monday, July 29, 2013. 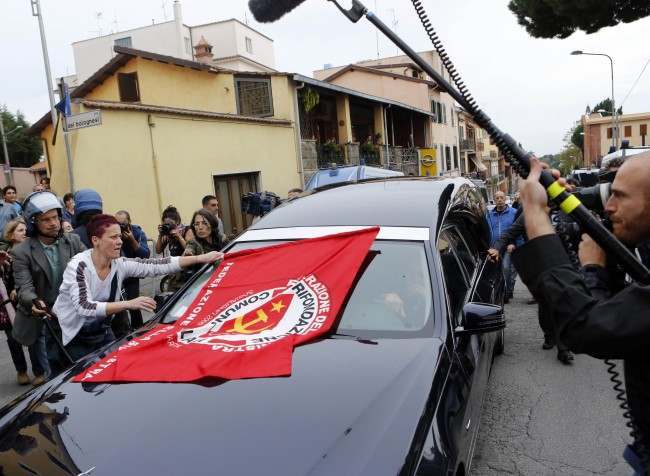 A woman puts a flag of Italian Communist Refoundation Party on the hearse carrying the coffin of Nazi war criminal Erich Priebke as it arrives at the Society of St. Pius X, a schismatic Catholic group, in Albano Laziale, on the outskirts of Rome. 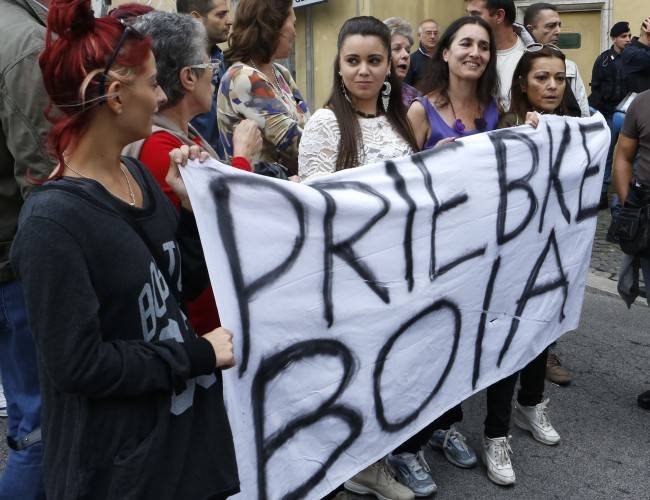 Demonstrators hold up a sheet with writing reading in Italian “Priebke murderer” outside the Society of St. Pius X, a schismatic Catholic group. 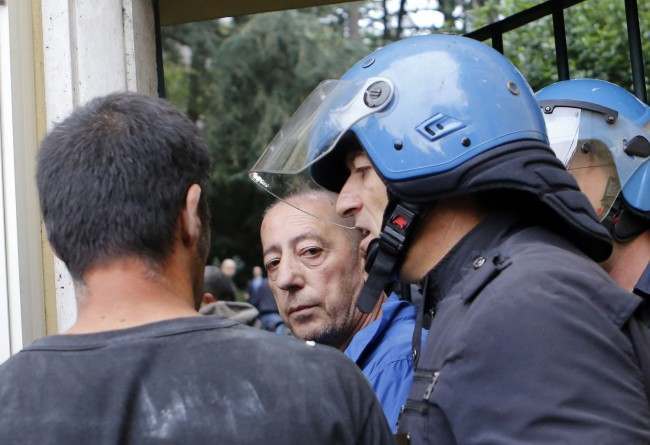 Extreme right activist Maurizio Boccacci, center, is seen amongst police in riot gear outside the Society of St. Pius X. 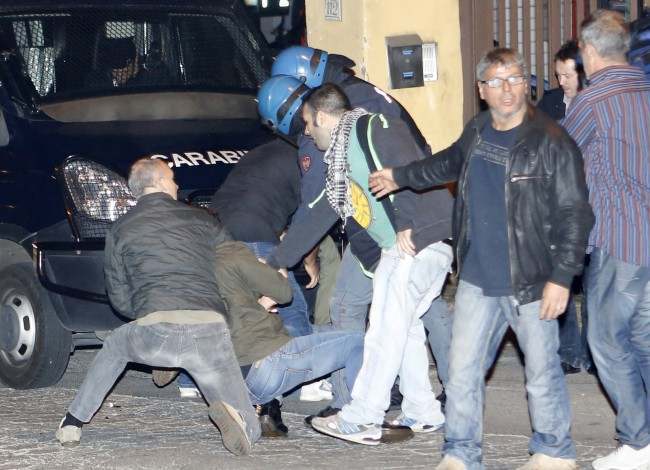 A protester is restrained by police after scuffles broke out outside the Society of St. Pius X. 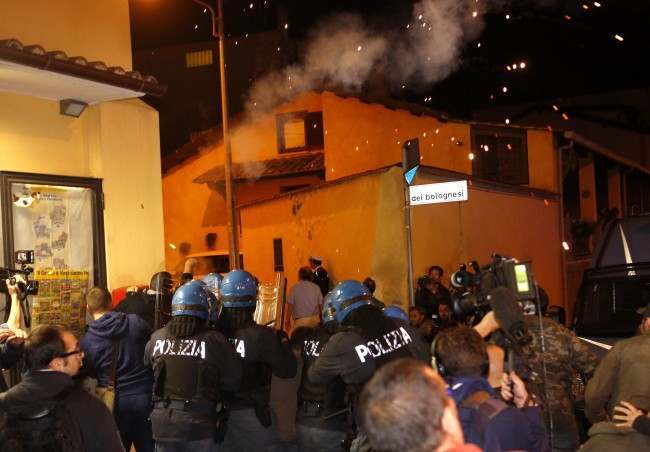 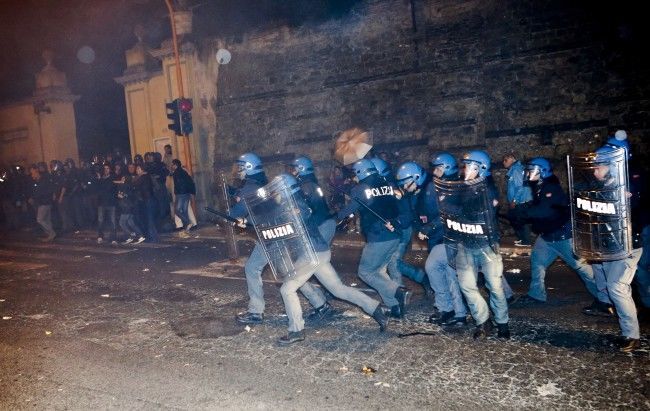 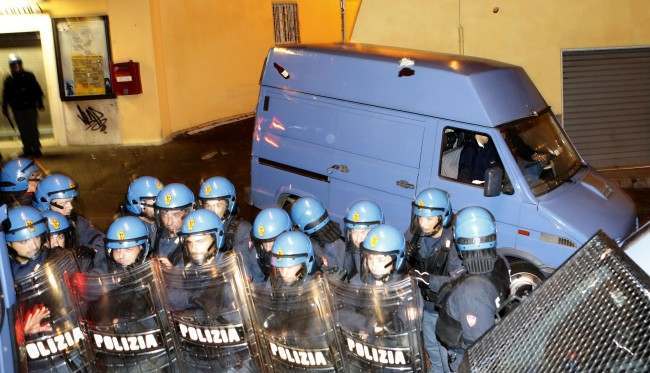 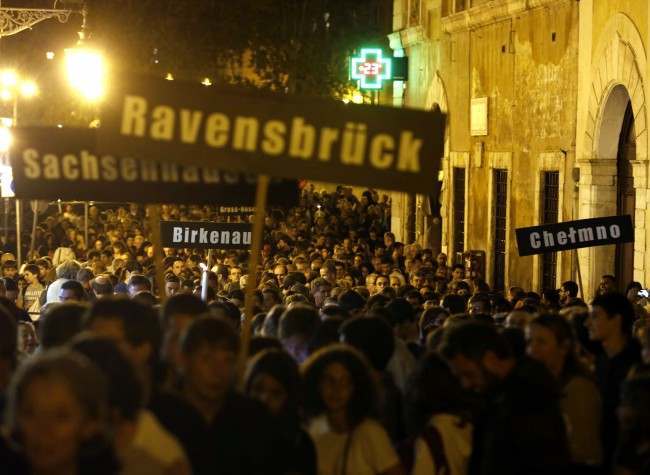 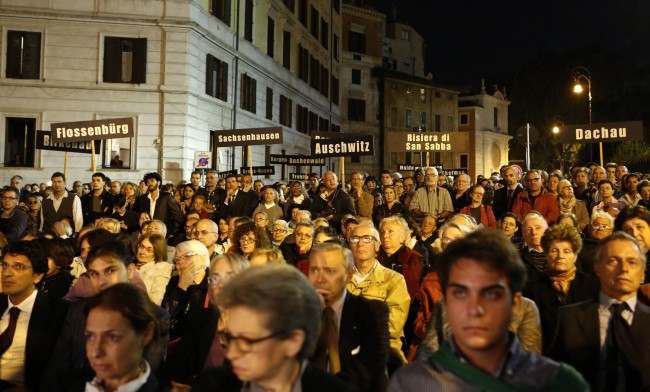 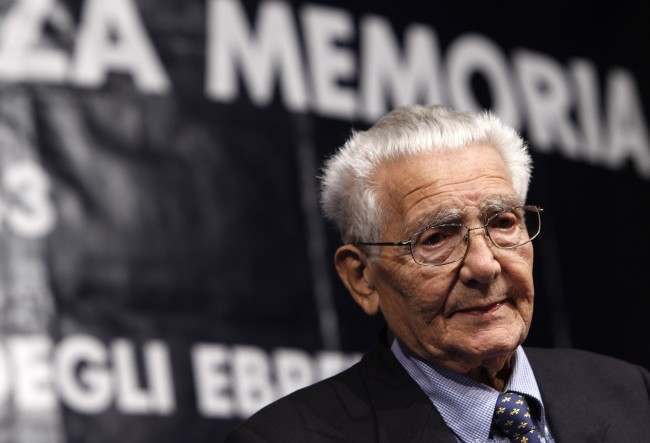 Holocaust survivor Enzo Camerino, 84, speaks on a stage during a demonstration following a march marking the 70th anniversary of the roundup and deportation of Rome’s Jews to concentration camps, in Rome’s ghetto neighborhood, Wednesday, Oct. 16, 2013. Nazi forces rounded up more than 1,000 Jews from Rome’s ghetto and nearby neighborhoods and sent them by train to Auschwitz. Camerino is one of the two still alive out of the only 16 who survived. He was 14 when he, his mother, father, brother, sister and uncle were taken from their home at Viale delle Milizie near the Vatican. In an interview with The Associated Press he described how the family was kept at Rome’s military college for two days, then taken by train and brought to Auschwitz in a railway car chock full of women, children and the sick. Rome’s Jewish community gathered Wednesday amid deep anger over the late Nazi war criminal Erich Priebke and his Holocaust-denying final statement. Asked how the recent furor over Priebke has affected him, Camerino said he felt little emotion but acknowledged the unfairness of life. “For me, he never should have lived to be 100,” he told the AP.