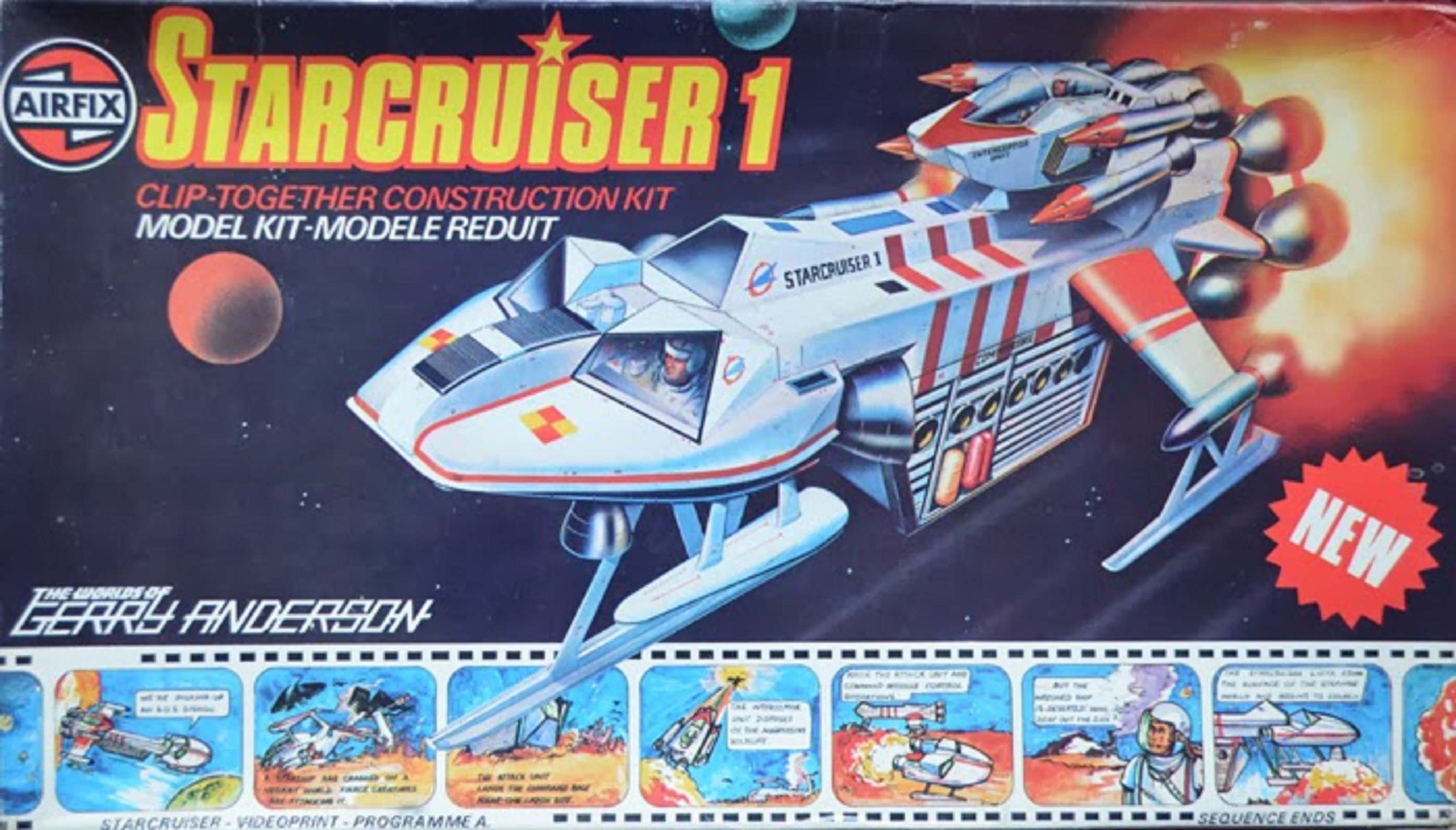 On the back-cover of this magazine was an advertisement from U.S. Airfix called “Starcruiser 1.” A “new-snap together space kit,” this model arose from Gerry Anderson Marketing Ltd., 1978, and featured a spaceship that, uniquely, was actually four vessels in one. 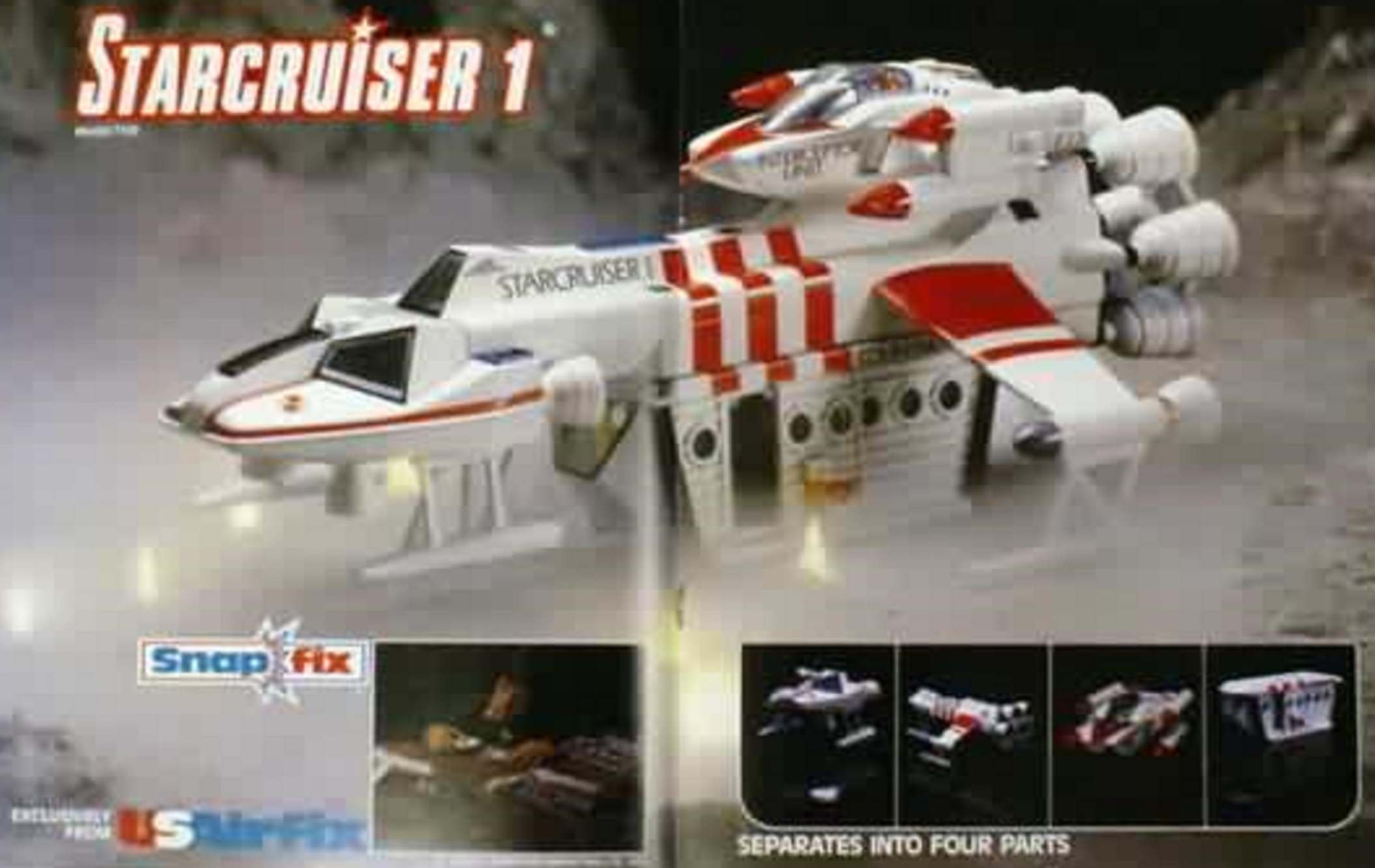 In its entirety, Starcruiser 1 consisted of a forward command module, an interceptor or fighter unit (armed with “neutropedos”), a central main unit with seven powerful engines powered by a “Kryten Reactor,” and a command base which could detach on planet surfaces to serve as an all-terrain transport.

This was not all of the Starcruiser 1 goodness, either. On page 32 of Starlog # 21, an article titled “The Birth of Starcruiser 1” revealed more data. The article featured an “Interstellar Command Technical Profile” of the ship and crew.

I purchased a Starcruiser 1 almost immediately after reading all this material, at a Toys R Us story in Paramus, New Jersey and saw that that it came complete with an 8-panel comic strip, revealing a “typical mission sequence.” The final comic frame noted: “You can enact the story once you have assembled your Starcruiser kit and then….why not make up a Starcruiser story of your own?” 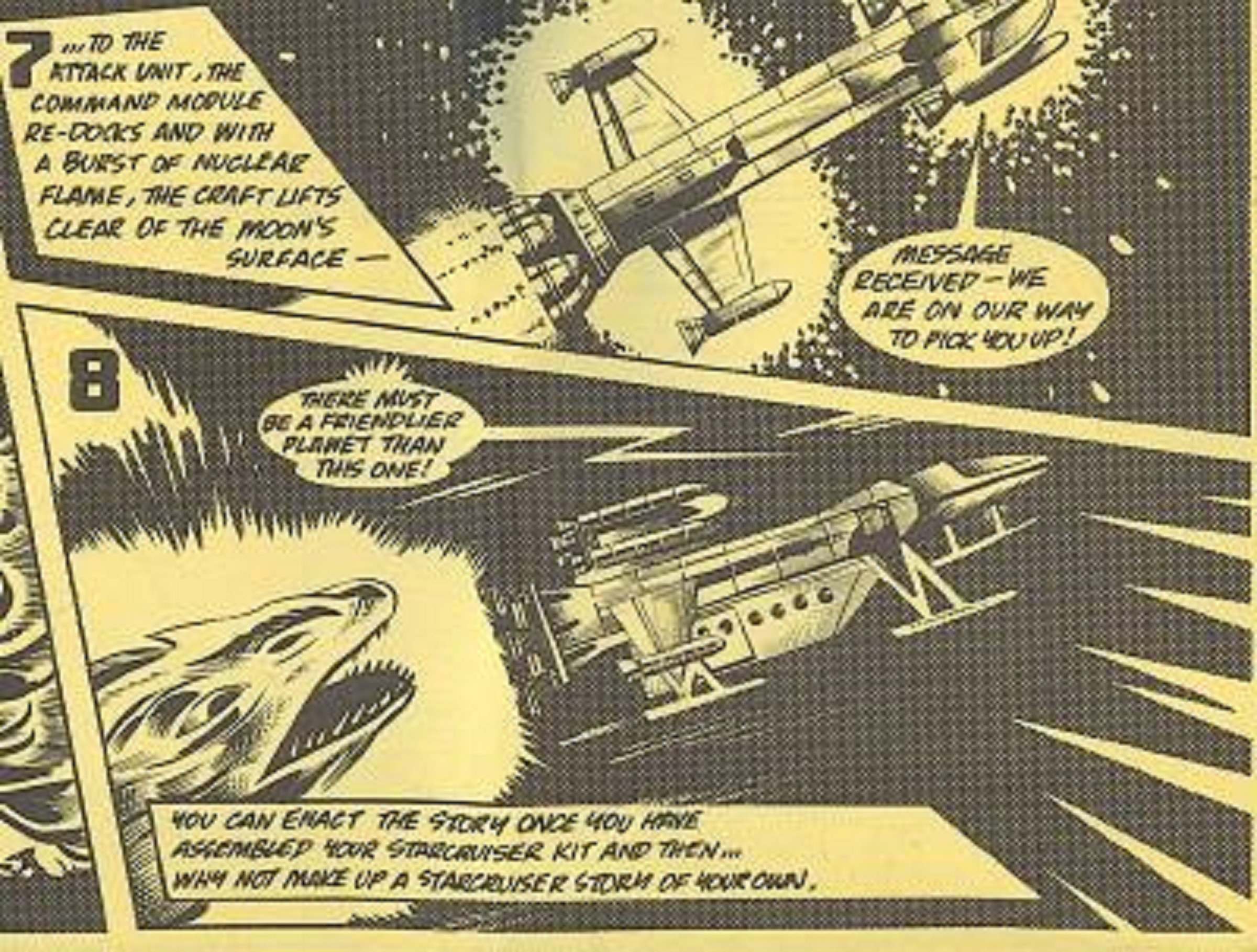 I loved this Airfix kit and did just that.  As the 1970s became the 1980s, the same kit was re-released over the years many times, once molded in black plastic.  Another kit (that I never saw) in stores was also released: a large version of the Interceptor fighter.

That was the end of the Starcruiser 1 experience, but not long after its initial release, Airfix released a second, similar kit, but without the imprimatur of Gerry Anderson, called Cosmic Clipper.  It too was a many-part spaceship, one that could serve as one unit, or operate as separate vehicles. 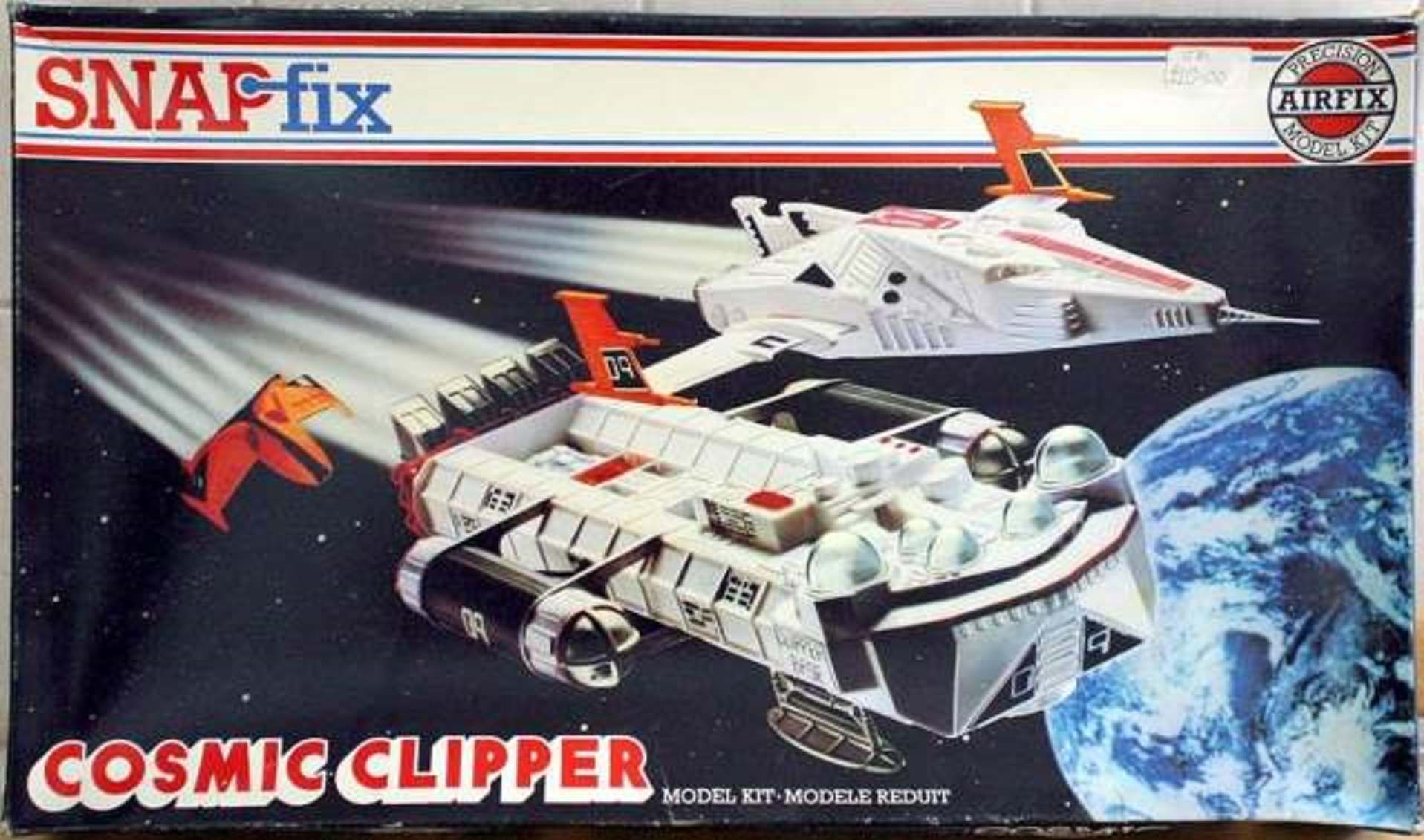