Barry Jones, Andrew Czezowski and Susan Carrington founded the Roxy club in London’s Covent Garden as 1976 merged into 1977. The venue at 41-43 Neal Street (now a Speedo swimwear store) had been subterranean bar Chaguaramas, identified by Czezowski as “a pretty hardcore gay cruising place”.

On December 21st 1976 The Roxy opened with Siouxsie And The Banshees and Generation X – it closed with an open band night on April 24 1978.

Other great bands featured: The Clash, X-Ray Spex, The Stranglers, The Damned, The Jam, The Buzzcocks, Sham 69, Siouxsie & The Banshees, The Slits, and The Vibrators. 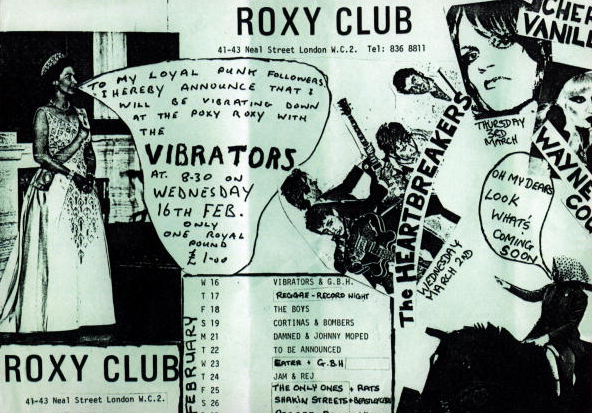 Jones wanted to move away from the cheap black-and-white flyers. His busy, colored posters, energetic mash-ups of jumping words and image cuttings, shouted out. You can see them and more in Paul Marko’s book The Roxy London WC2: A Punk History.

In the book Jones explain how the posters came about:

I loved color and I loved collage. I loved Andy Warhol and I loved the mass production thing. I’d found the place on Regent Street where Bowie shot that cover of Ziggy Stardust in the telephone booth right near the Xerox copy place. There were very few copy places around at that time—colour copiers anyway. We found this place that was conveniently near us and I did some paste ups. I was in love with magazines; if you went to my flat there were stacks and stacks of colour magazines from Vogue to colour supplements. I would go through them and pull out images I loved and the typefaces I wanted to copy. I had reams of references. At that time I was also really into Spiderman comics and their graphics. I loved the depth of feel that they got. I didn’t know what I was doing but I liked that the fact there was more to read in them than my earlier posters which were flat graphic.

When I came to do the posters it was just like a natural transition to me and include things I liked. So basically I slung together these collage things. The first three were for the Yanks. I liked them and they were gonna be B&W because that was all we could afford at the time; we weren’t making that much money. I remember going down to get them printed. I ran them through the B&W copier and they were pretty disappointing and I thought just for me I’ll do a colour one and that was it. Boom! Off the page it was phenomenal. and I just made the decision on my own that these were going to be colour. It’s a special gig; it’s the Yanks, it’s the Heartbreakers. They were expensive and had to be strategically placed rather than smothering the town. 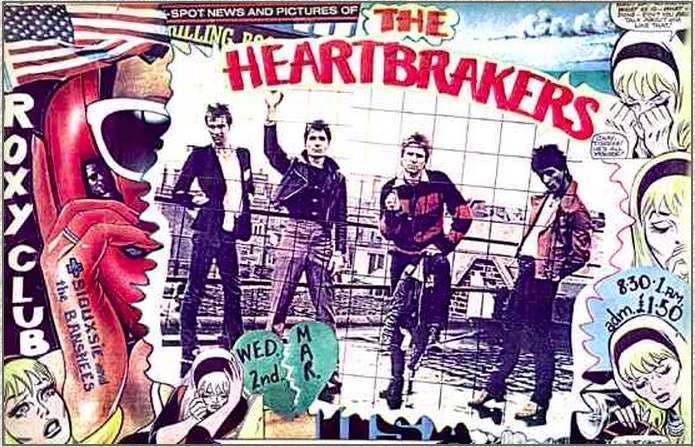 In the basement, the Roxy music itself was mostly dire…but the club was a real riot of your own and when someone like the Buzzcocks or X Ray Spex played the atmosphere would be more electric than anything you’d ever experienced in your life. The Roxy would catch fire and chaos would reign – Julie Burchill and Tony Parsons, The Boy Looked At Johnny, 1978 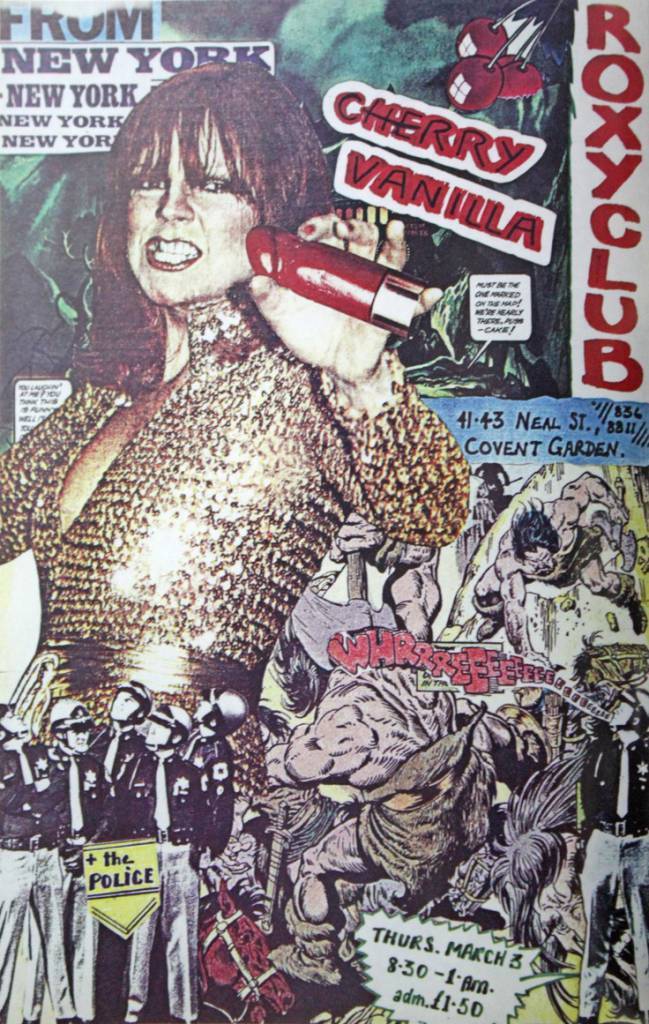 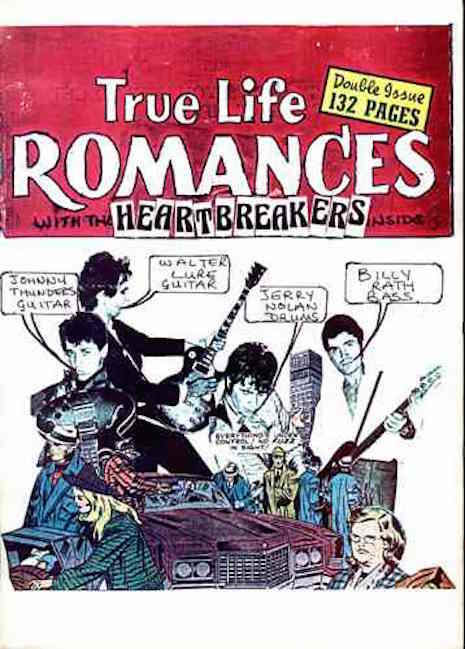 When punk started, there were four men and a dog interested. That first night, at the Roxy [seminal London punk club, where Letts was DJ], wasn’t as dramatic as anybody imagines. It could well have been me, my Rasta brethren and a few of the Slits, Pistols and Clash. It soon exploded, but that magic Roxy period only lasted for 100 days. We never thought it would have this legacy – Don Letts 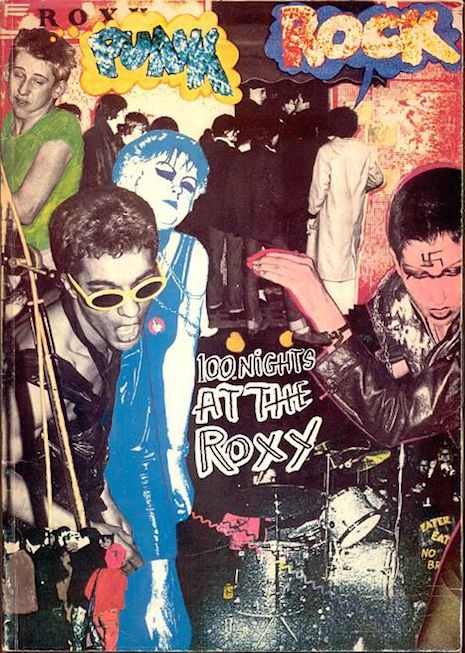 100 Nights at the Roxy, by Michael Dempsey 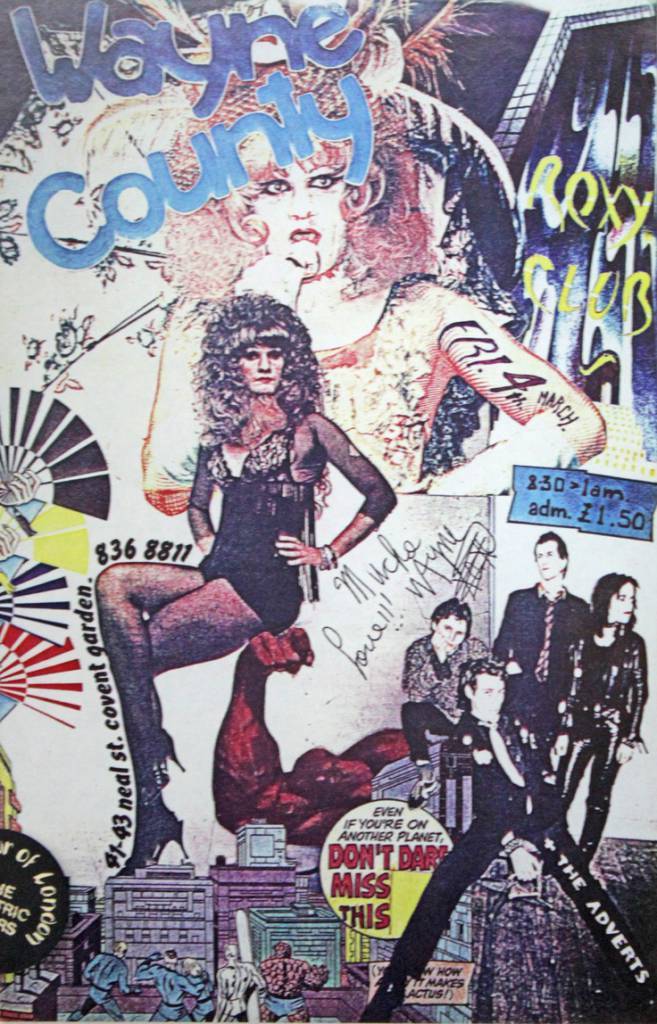 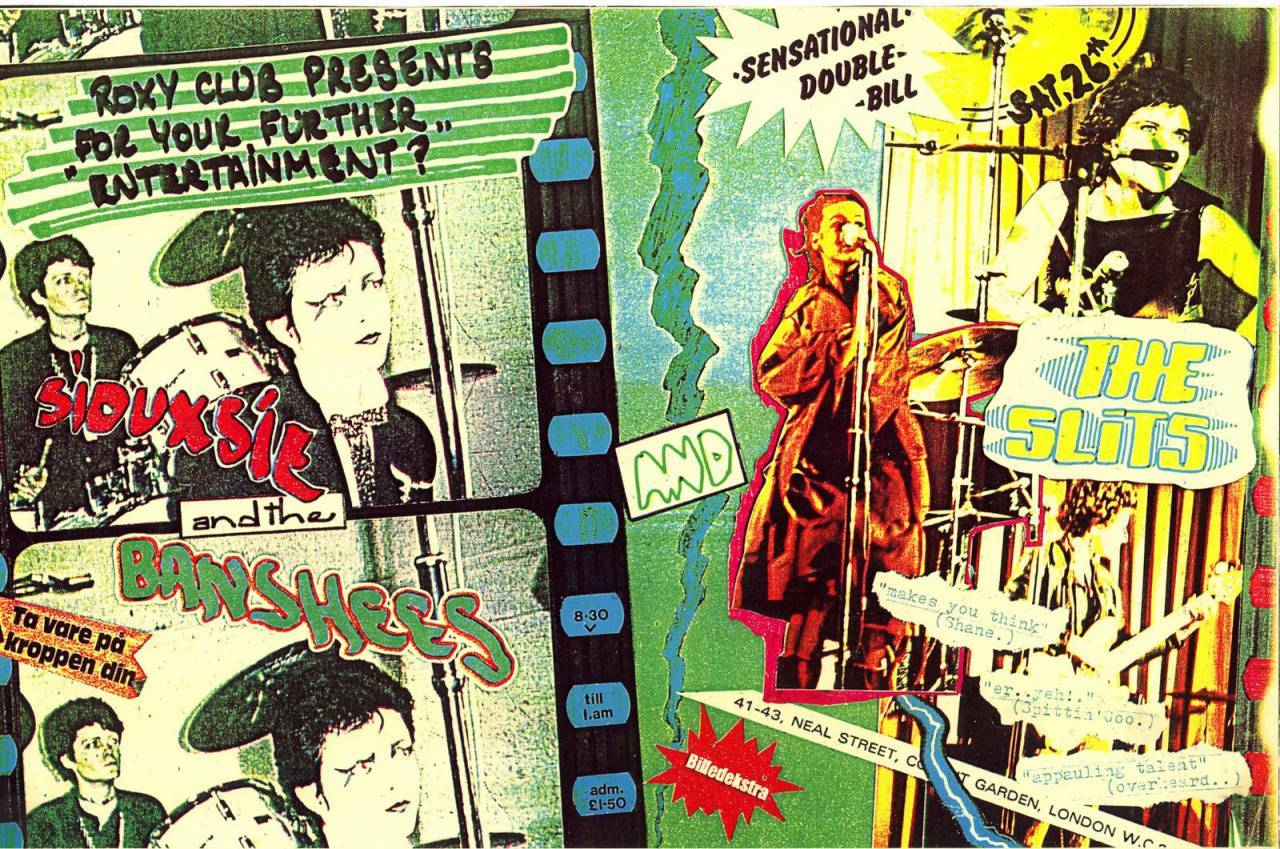 iouxsie and the Banshees with the Slits, Saturday April 26 1977 at the Roxy Club, London 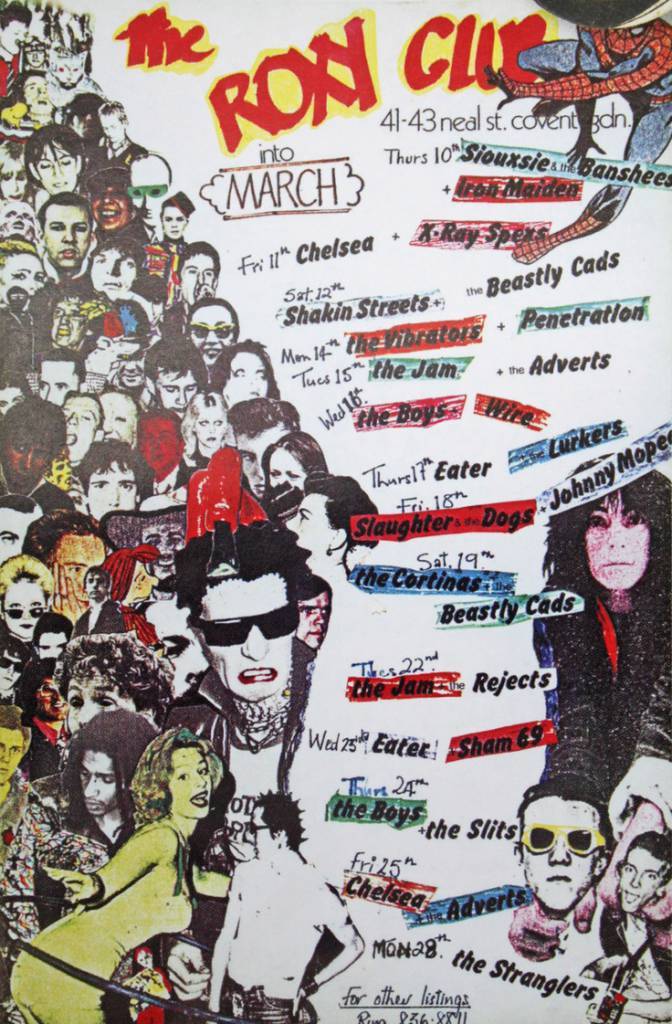