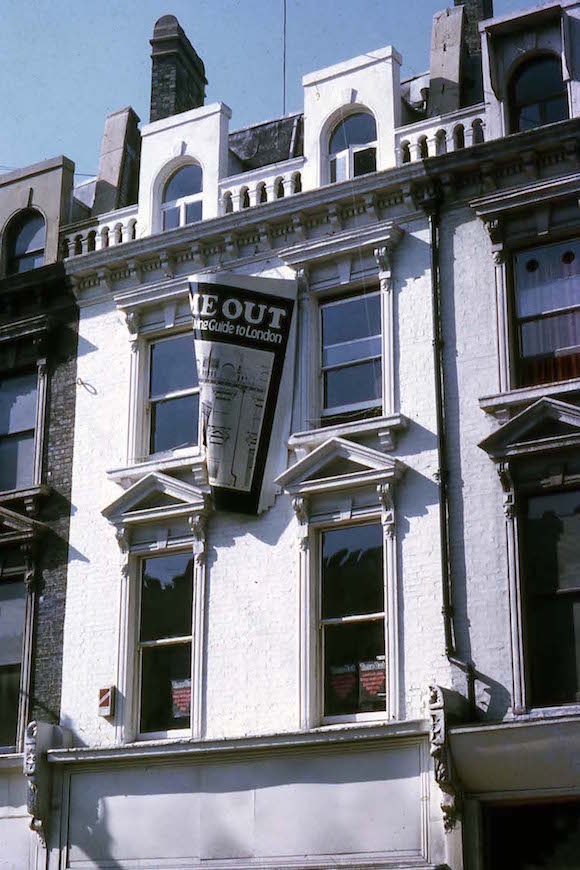 Recent encounters with Time Out founder Tony Elliott have brought to mind the audacious sign created by design collective Electric Colour Company to mark the magazine’s move into premises at 374 Gray’s Inn Road. 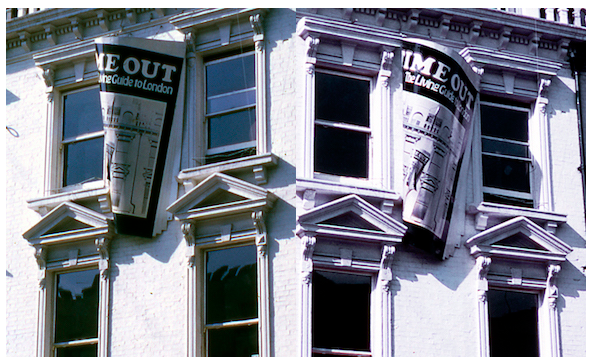 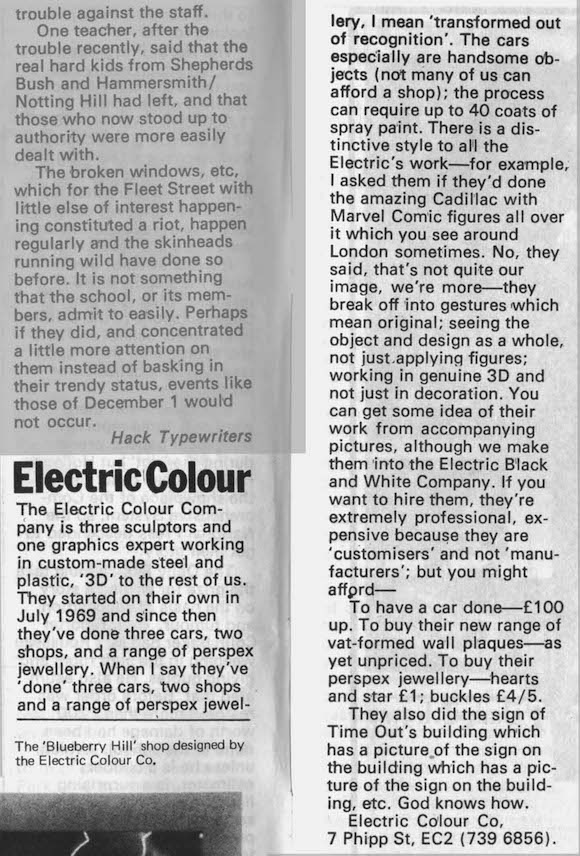 From Time Out Dec 12-26, 1970. Note tail-end of Hack Typewriters (aka John May) piece on a fuss over the so-called “skinhead riot” at Holland Park School that month 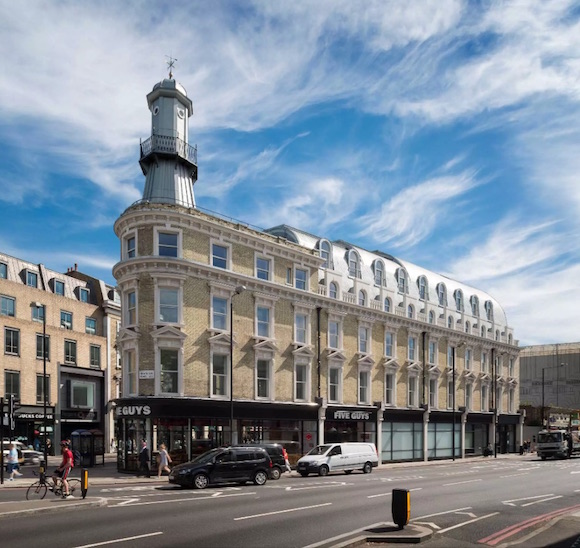 374 Gray’s Inn Road stands in the block known as the Lighthouse, after the tower at one end (which apparently marked a popular oyster house in the Victorian era; see here). 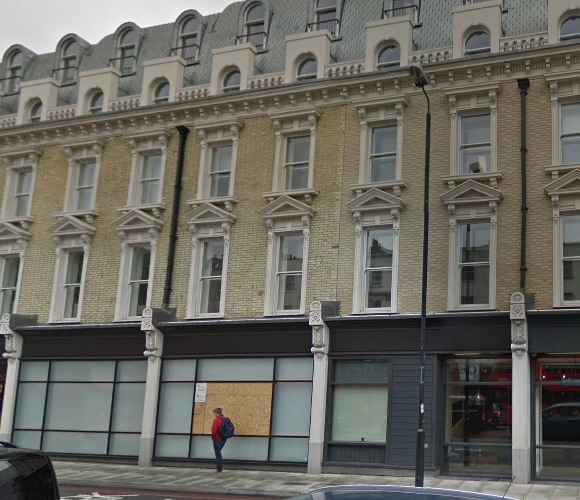 374 is the building at far left. Photo: Googlemaps September 2017

Time Out was based at the address for more than a decade before moving to Southampton Row and then, after two decades, to its current headquarters in Wicklow Street, a stone’s throw from the Lighthouse.

These days the terrace 372-380 Gray’s Inn Road is home to the video hosting service Vevo.